This blog has no titles as the top third of the screen on  Alan’s iPhone is covered in Duct tape! 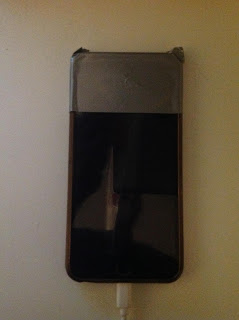 We were up early having slept fairly well. At breakfast was another cyclist a female about the age of our two old codgers! A discussion over the tables ensued about what we were up to and about how far we cycle every day. Yesterday she had give up after 20 kms as it was too hot and so she took the train!

The RBL Sauerland Branch had informed us that a delegation would arrive at our hotel to see us off.

There was Lorraine the Vice Chairwoman, Gabi the Secretary and Christa the treasurer. They kindly handed Chris an envelope with lots of cash for our cause!

Official photos were taken using the staff of the hotel, but none of them are on our BBF‘s iPhone as it chose to strike at that moment!

Hugs all round and then we were off! It was a nice morning much cooler than yesterday thank goodness.

We now followed the Ruhrtal Radweg and the path went through woods so was in the shade. 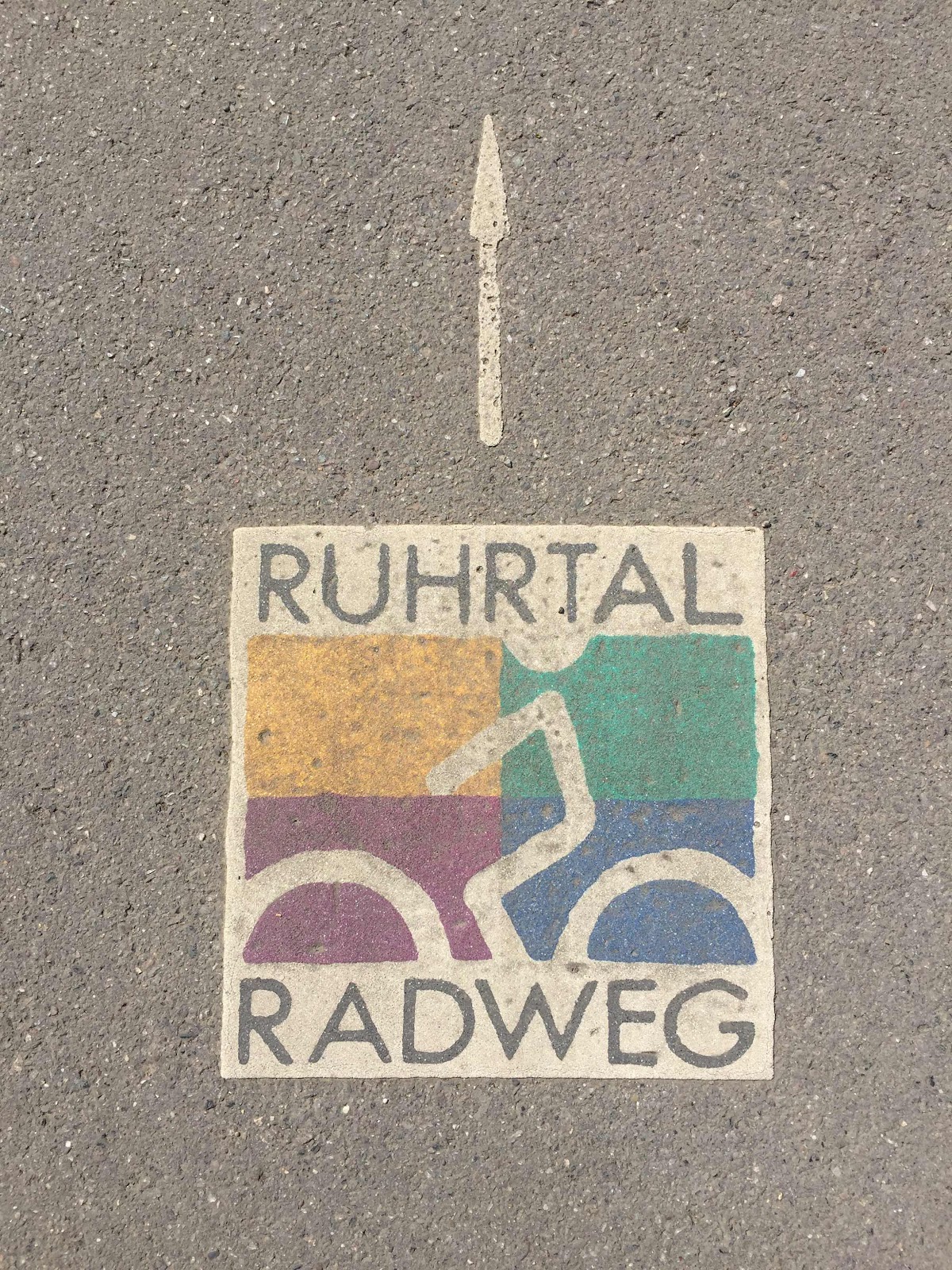 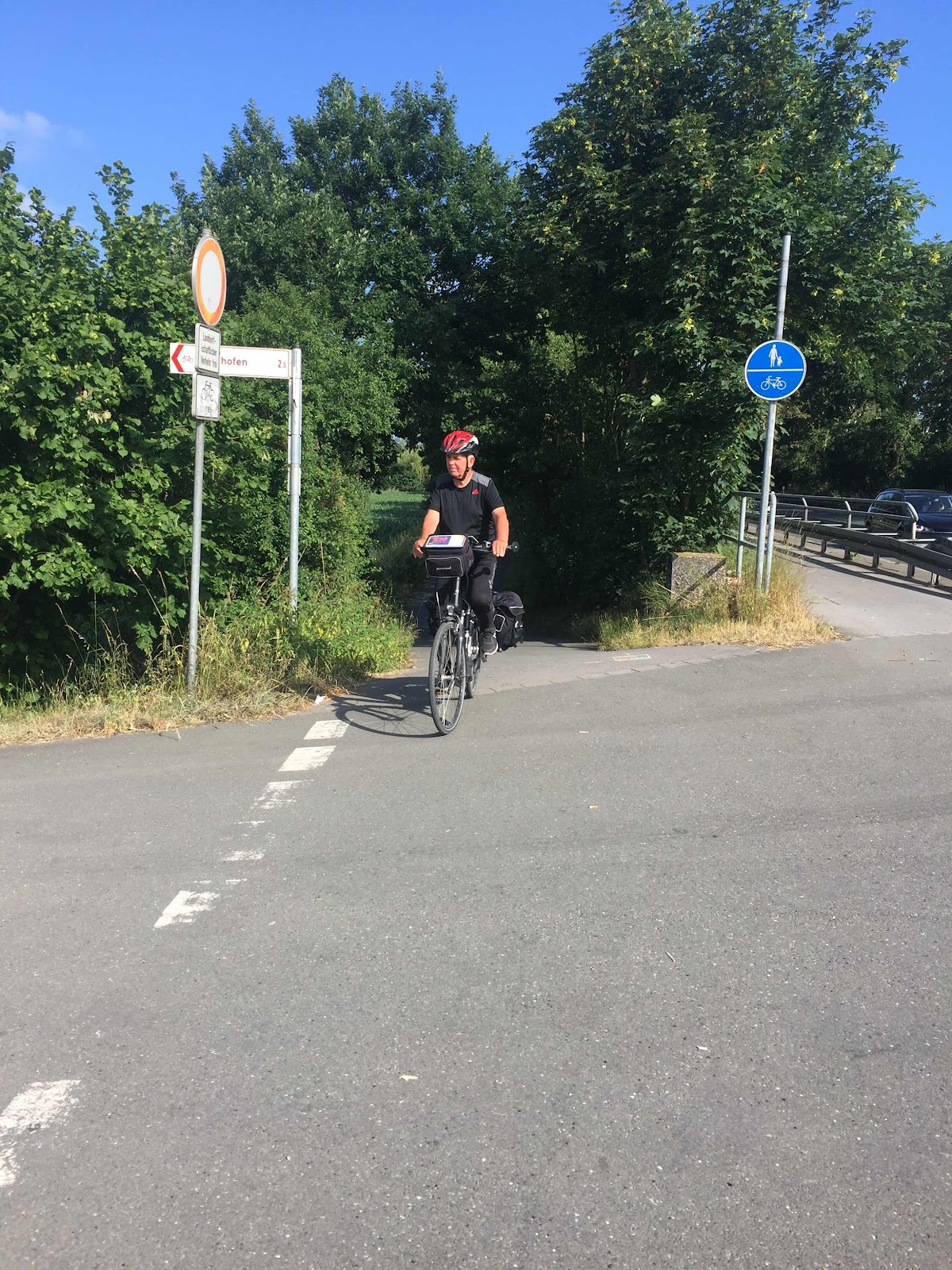 At times we came out into the sun! There was often enough to see and photograph along the way! 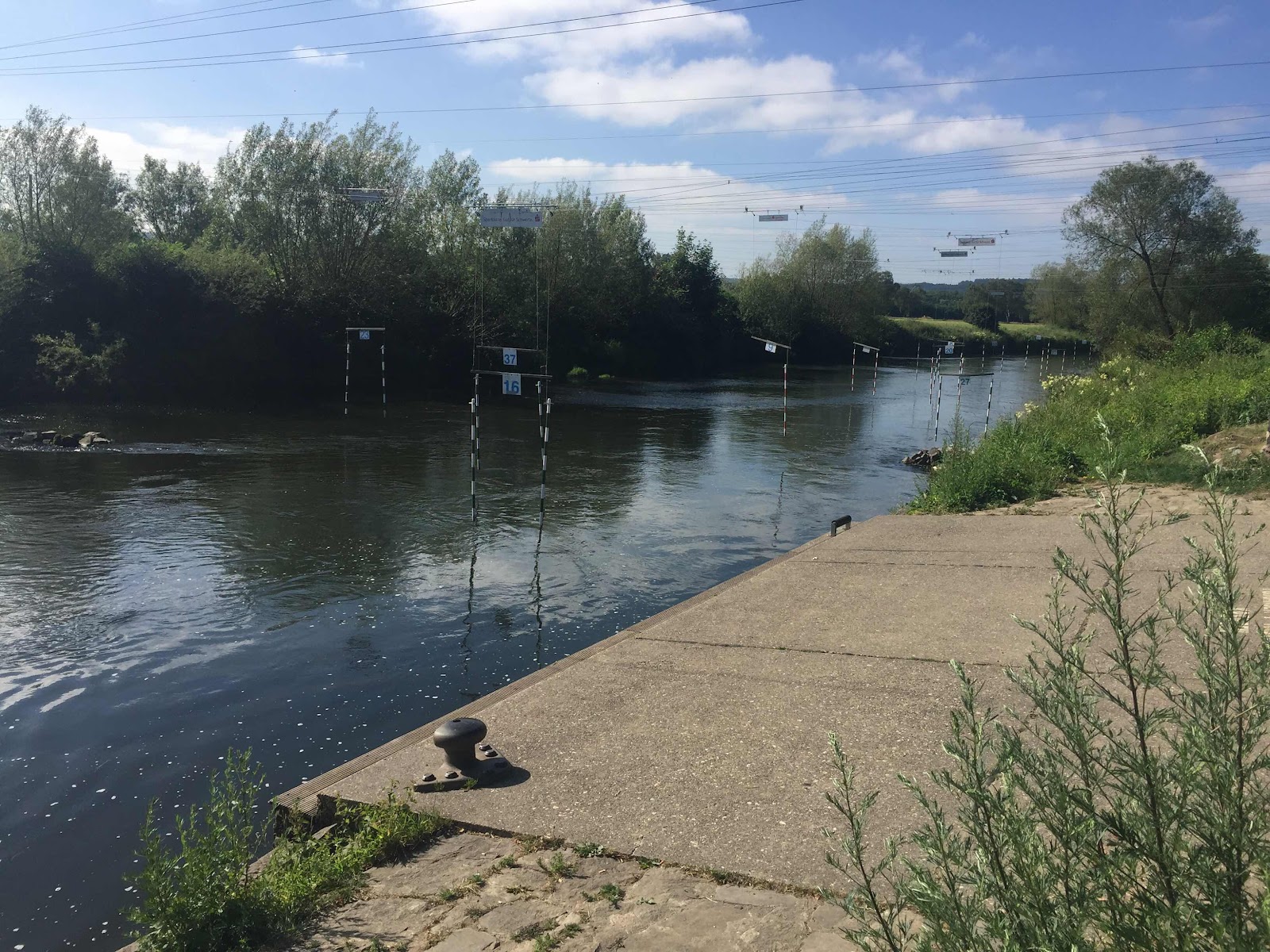 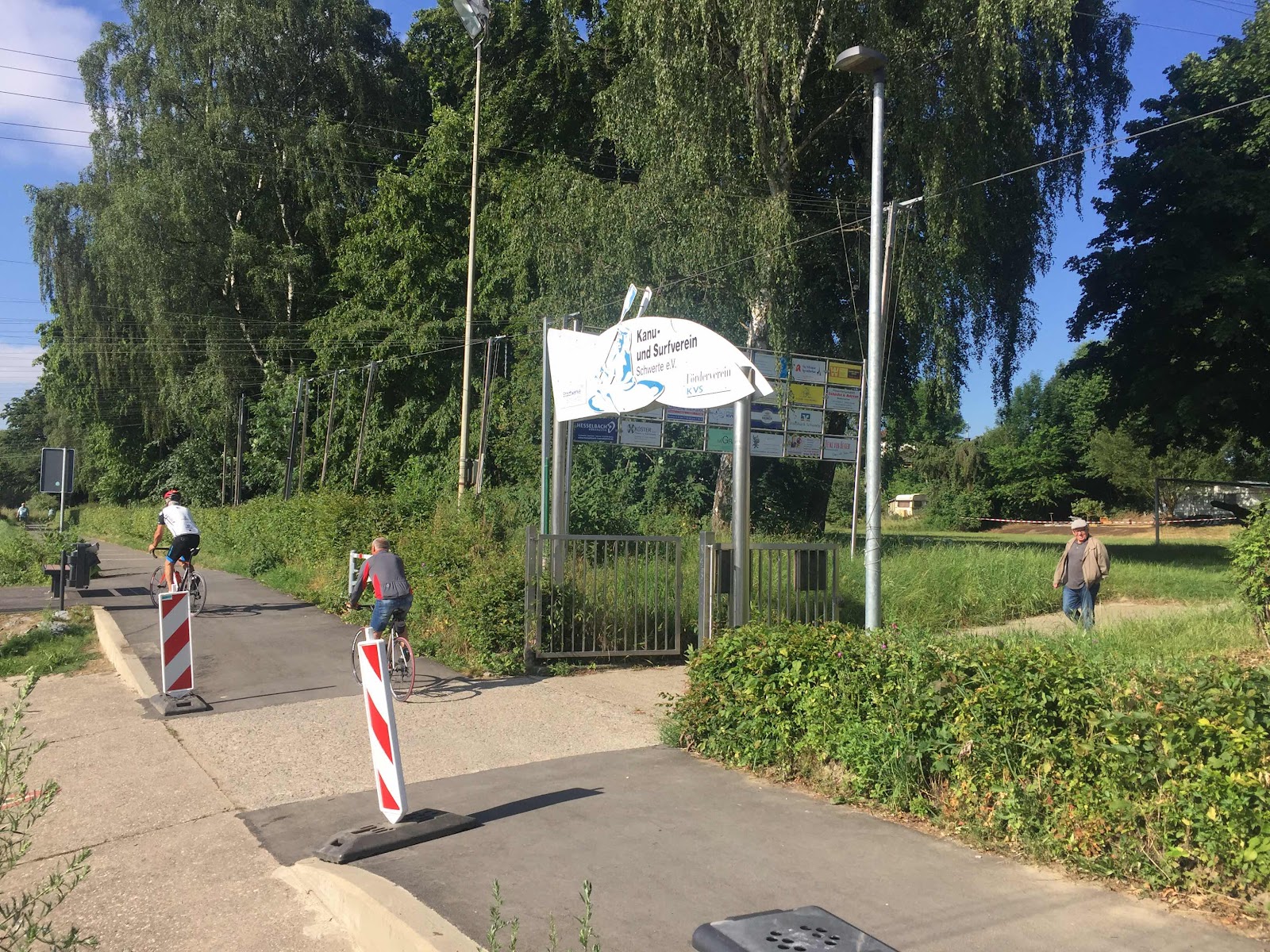 Here the slalom course of the local canoe club! 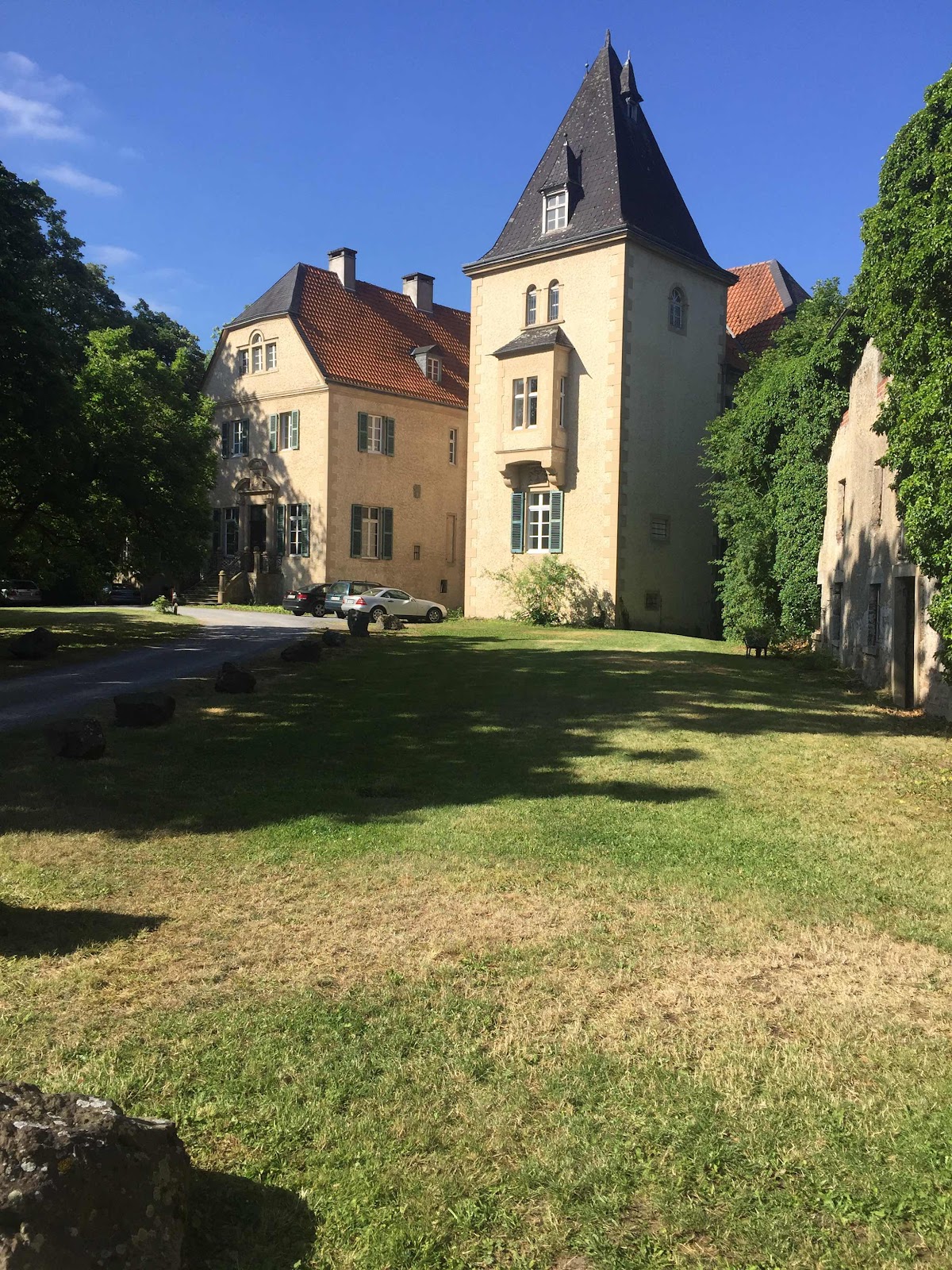 We stopped here as they had a Café and our two bought cold drinks to take along the way. 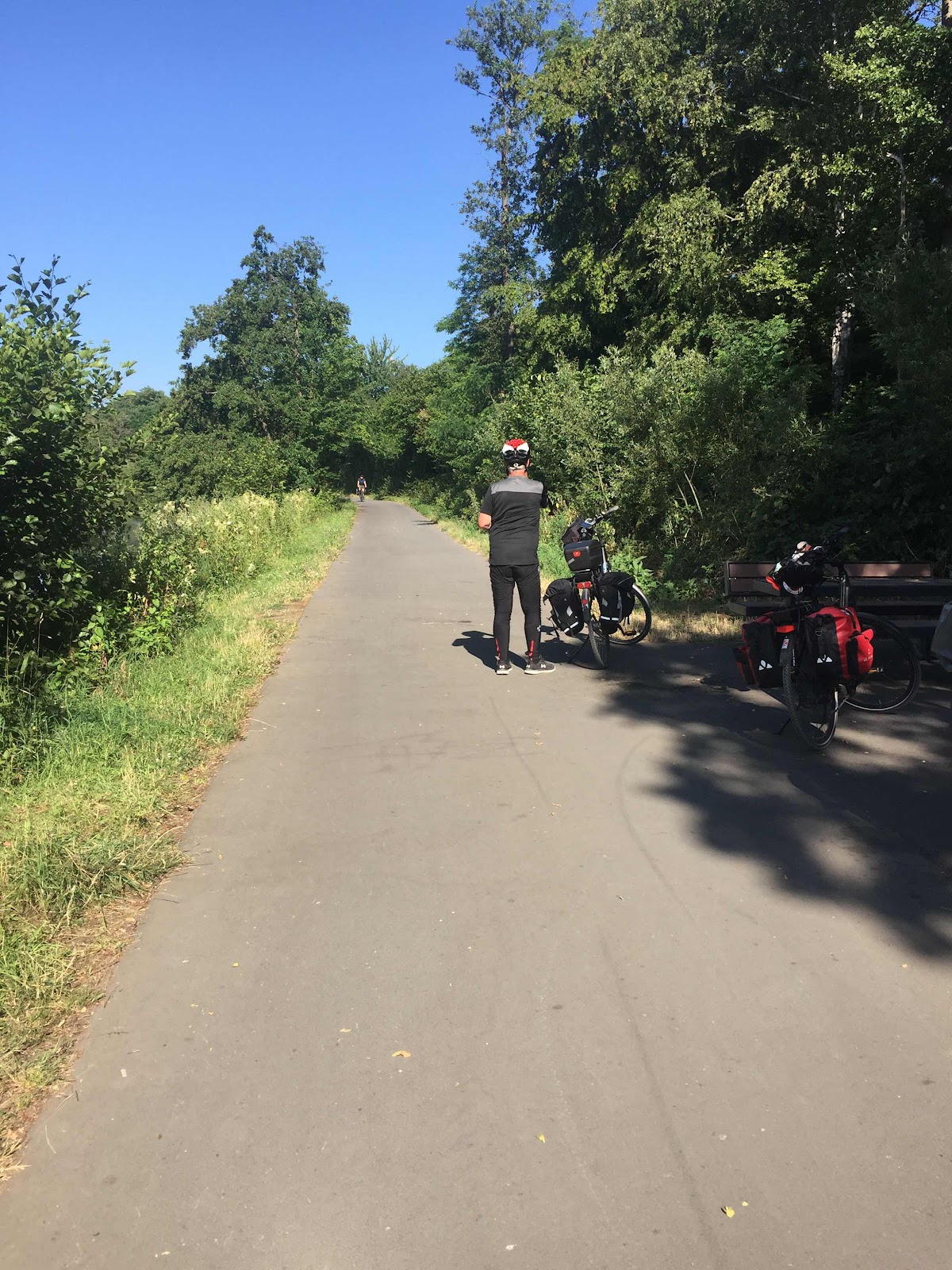 It was a good path fairly flat and we took it easy and enjoyed the cool morning and the river views. 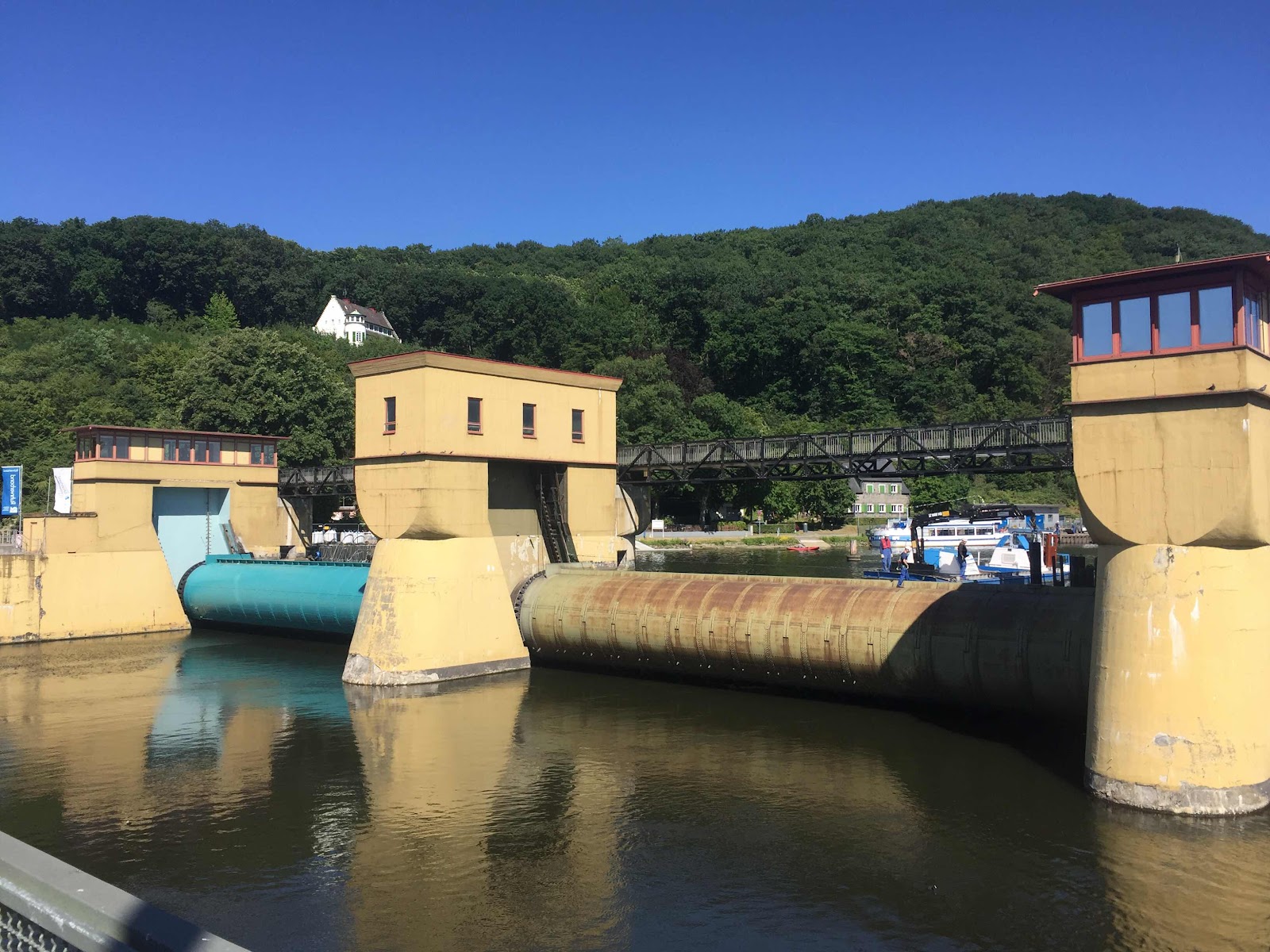 We crossed the river a number of times as we did here! 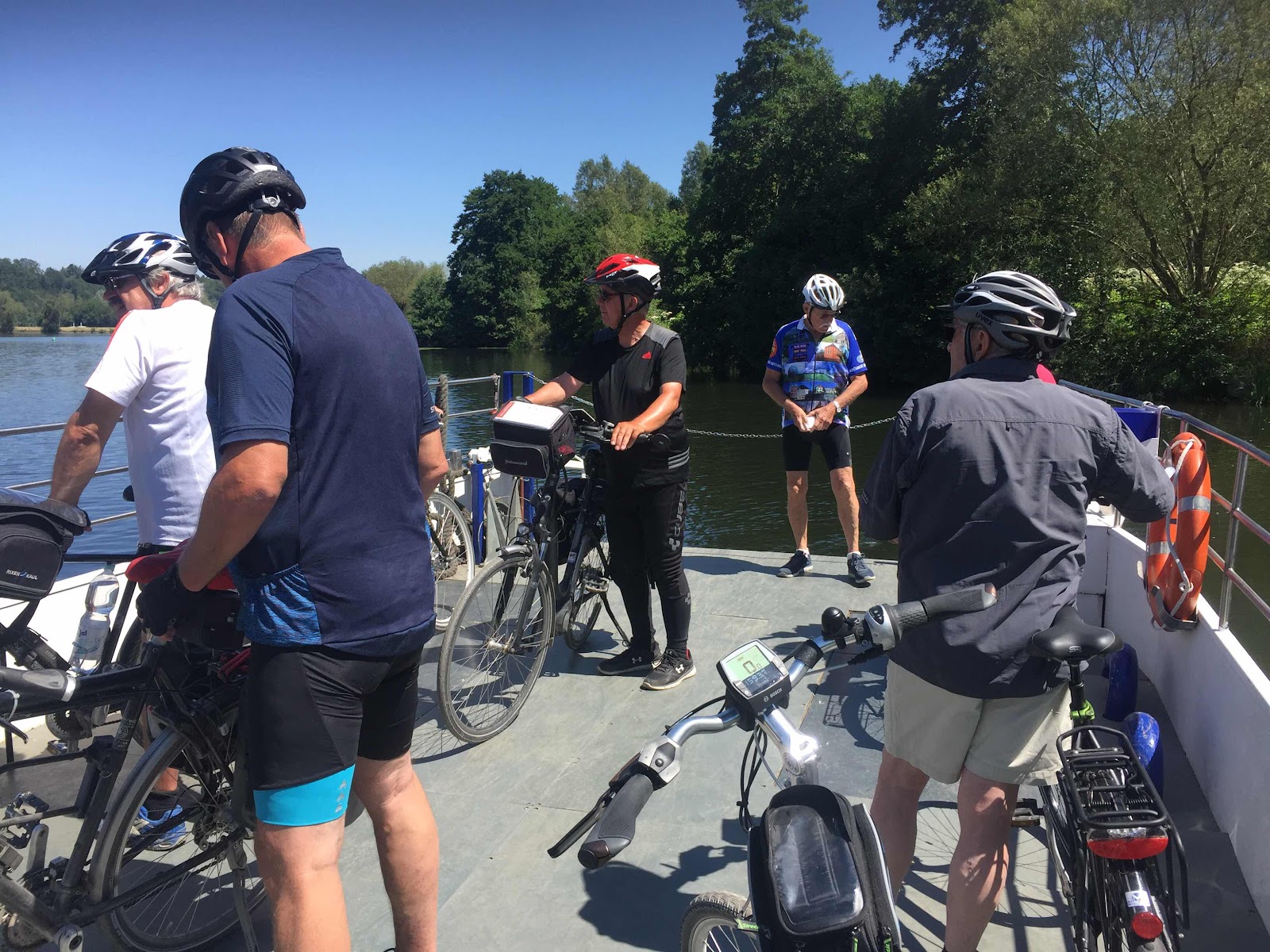 We even crossed on a small ferry! 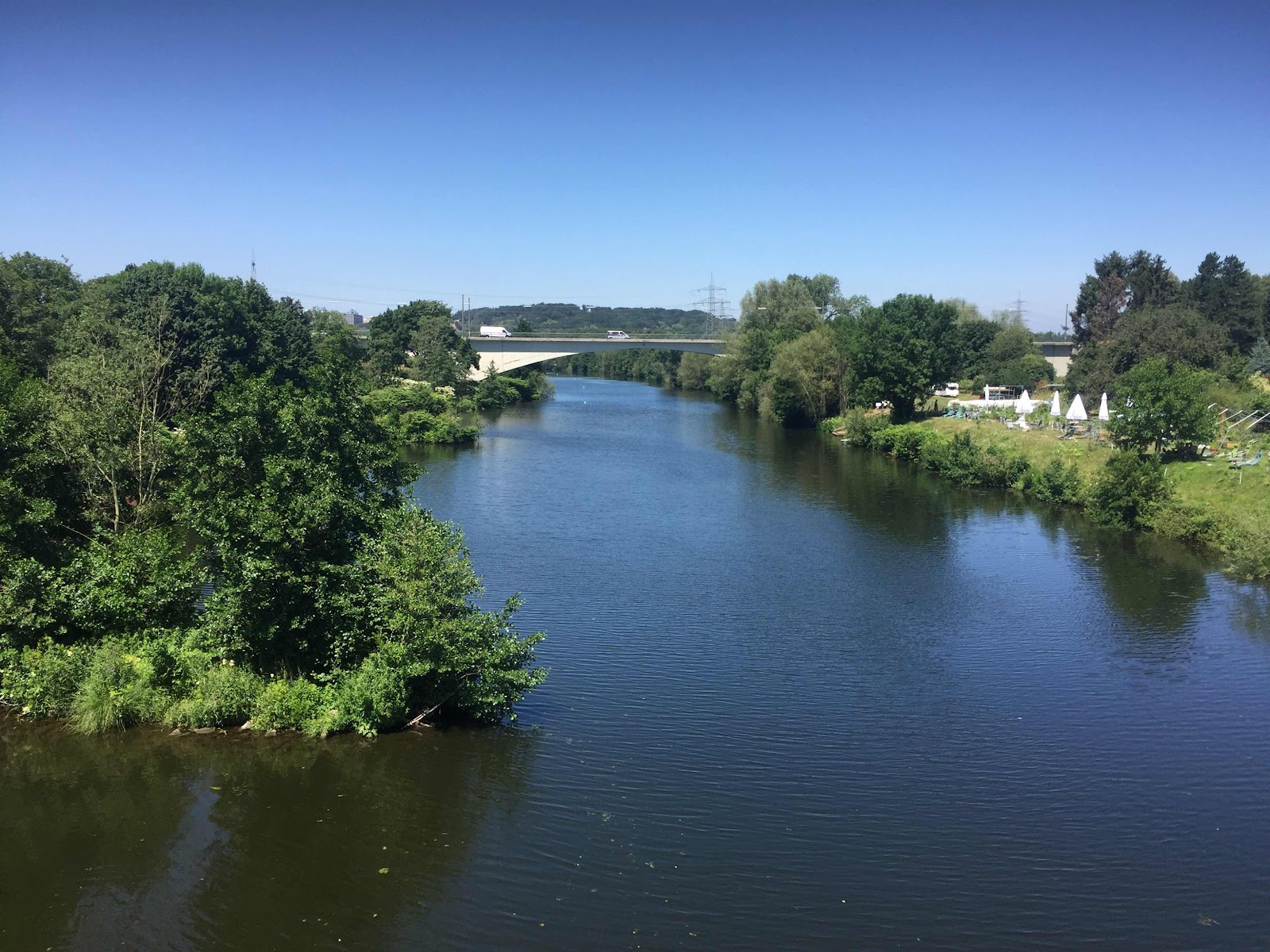 Our humans did miss the correct path once and ended up powering up a steep hill, only to find at the top that they had missed the turning which was at the bottom. To be fair it was badly signed and the turning had a dead end road sign on it! 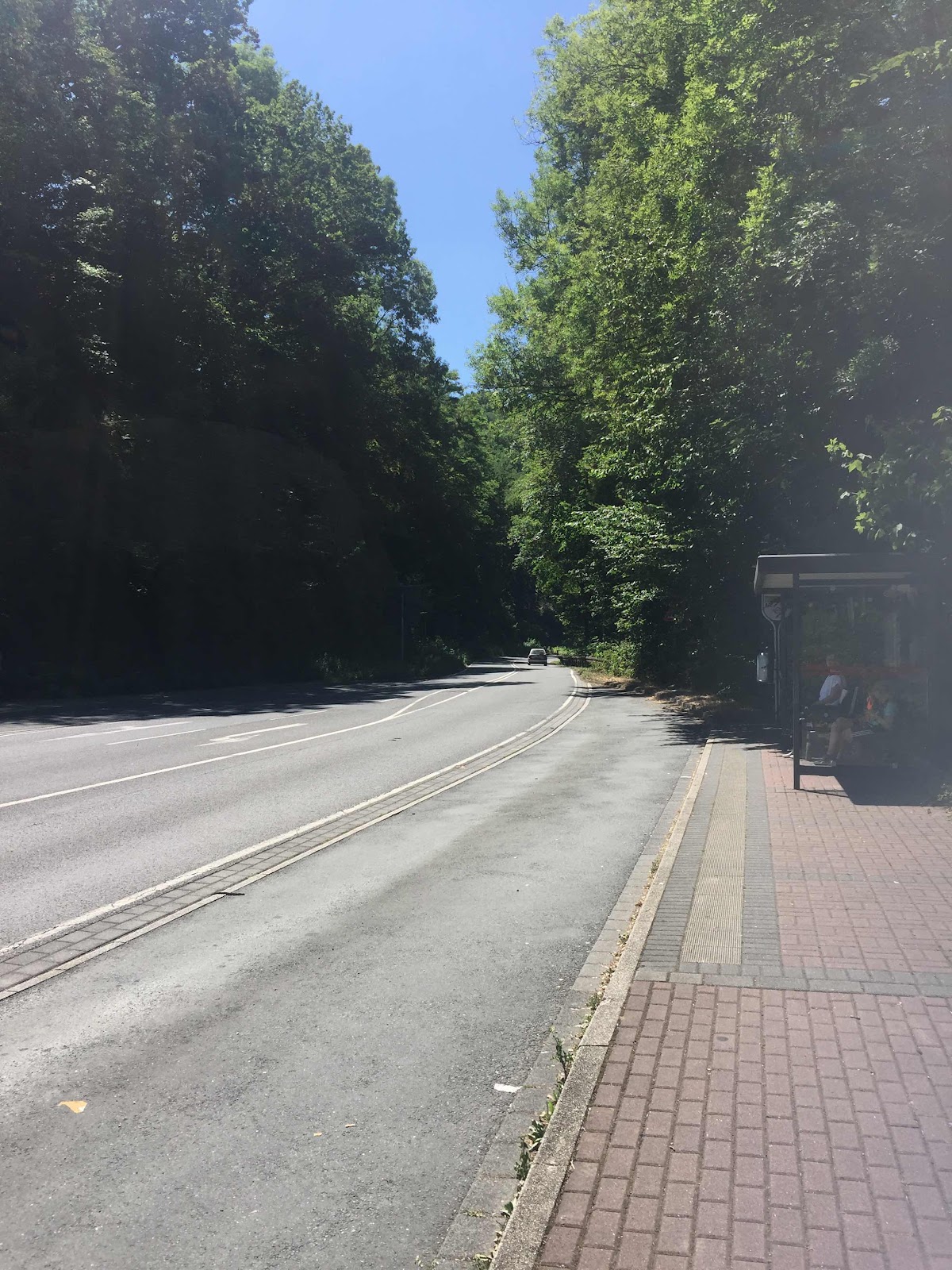 Following the Ruhr did mean that we would cycle a long distance and so the humans decided to cut across country taking into account that they would have steep hills to climb!

At one stage Chris’s Navi couldn’t get a satellite and Alan’s phone screen was going to shatter completely and fall out! He fixed it with a piece of Duct tape! The screen is split and the crack is lifting. It works after a fashion, which is the main thing! 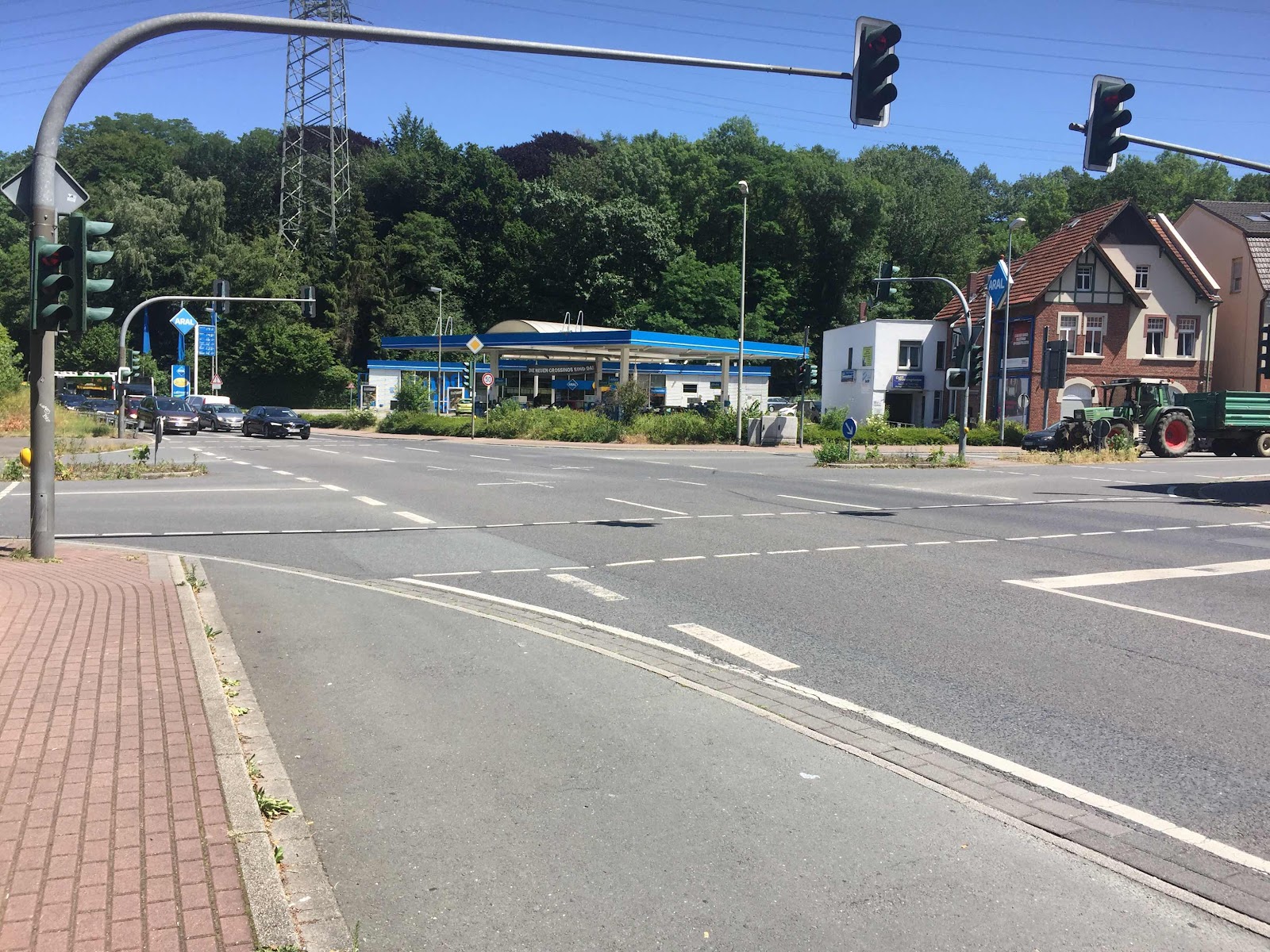 Having made the decision to leave the Ruhr our humans had to dice with death on the roads where there were no cycle paths.

As the afternoon wore on it got hotter, but thankfully not as hot as yesterday. 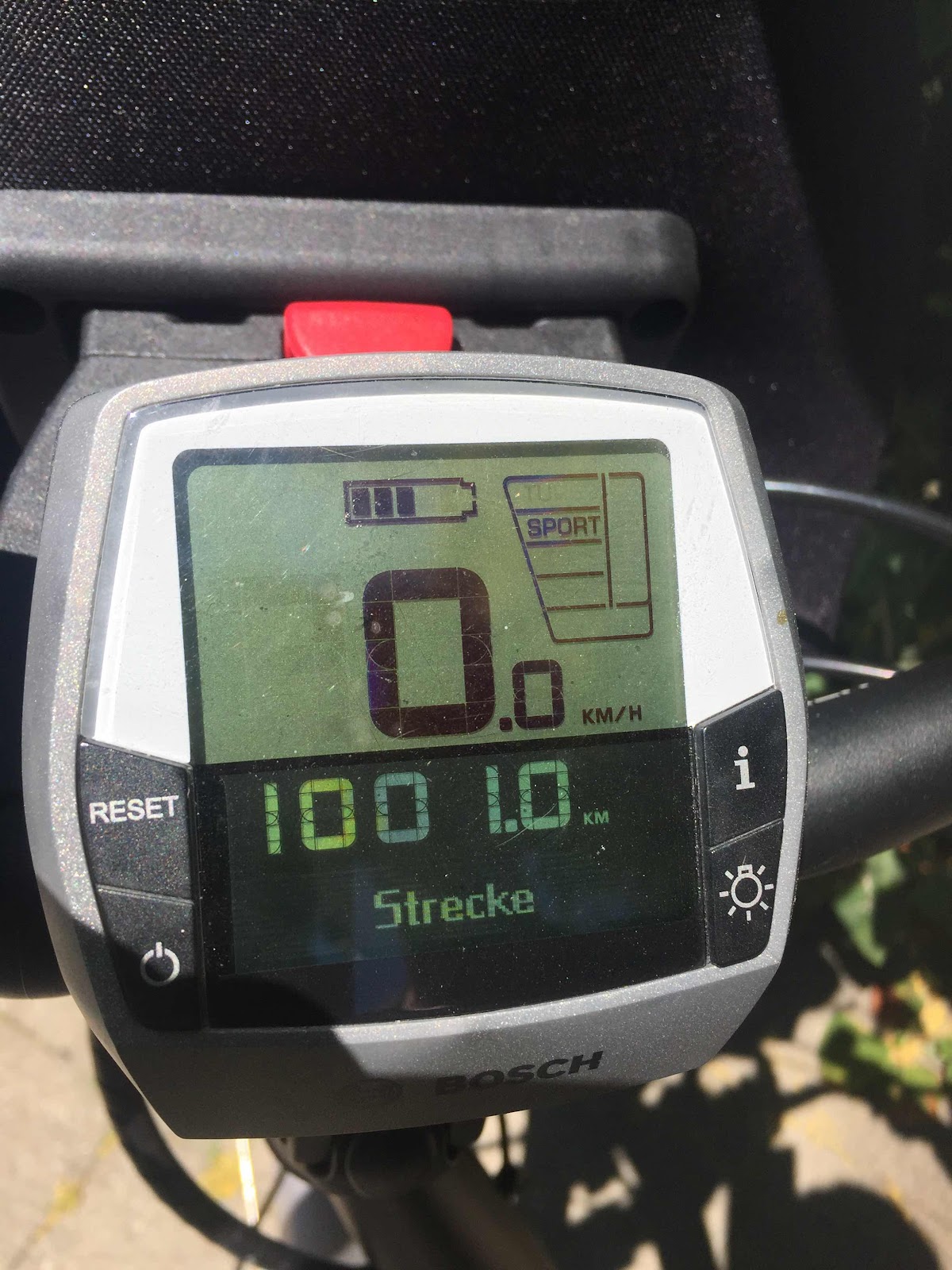 It was just on such a stretch of road by Burg Balderich that Chris celebrated going over 1000 kilometres since he started! 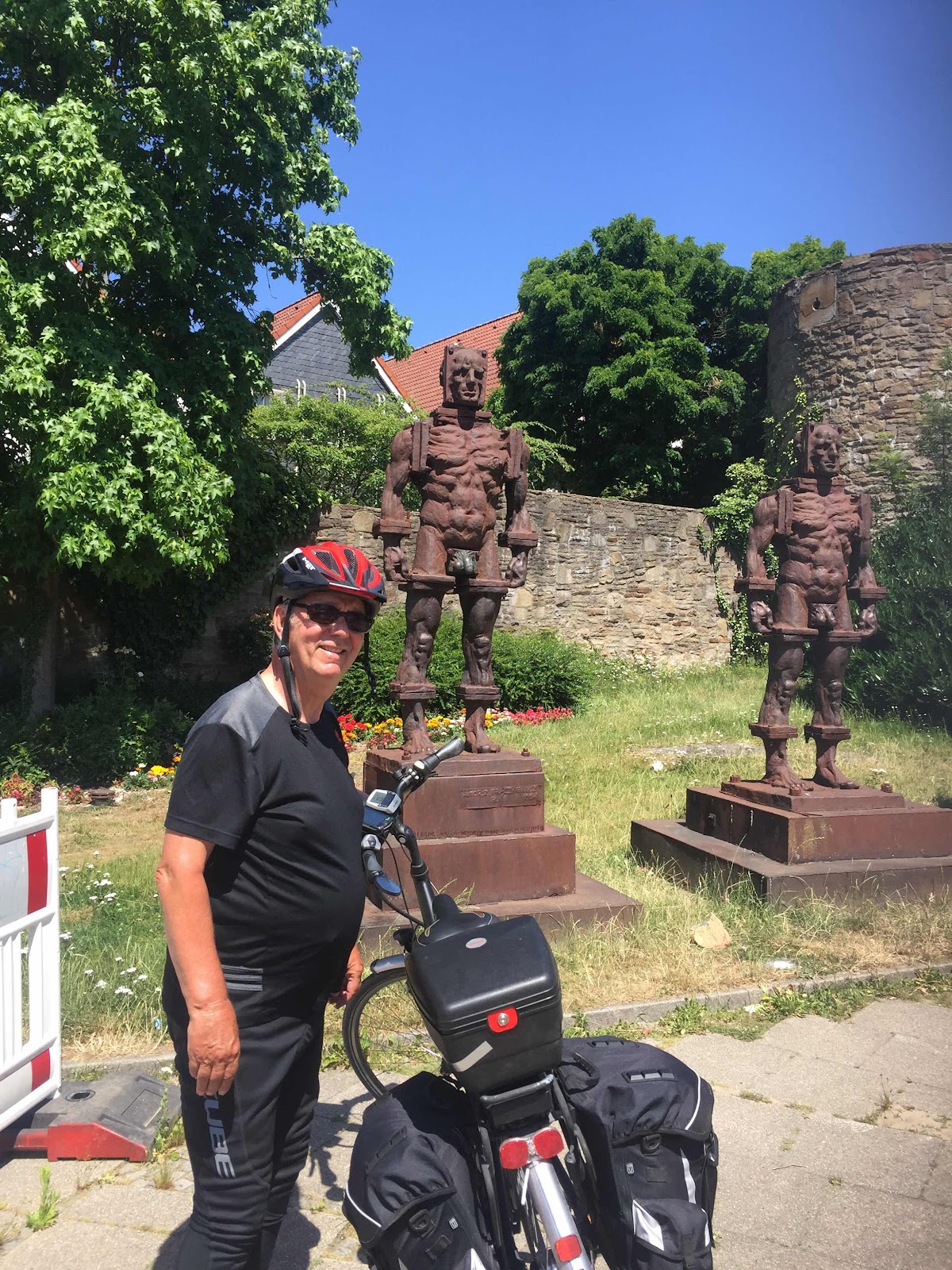 These iron men are well hung! 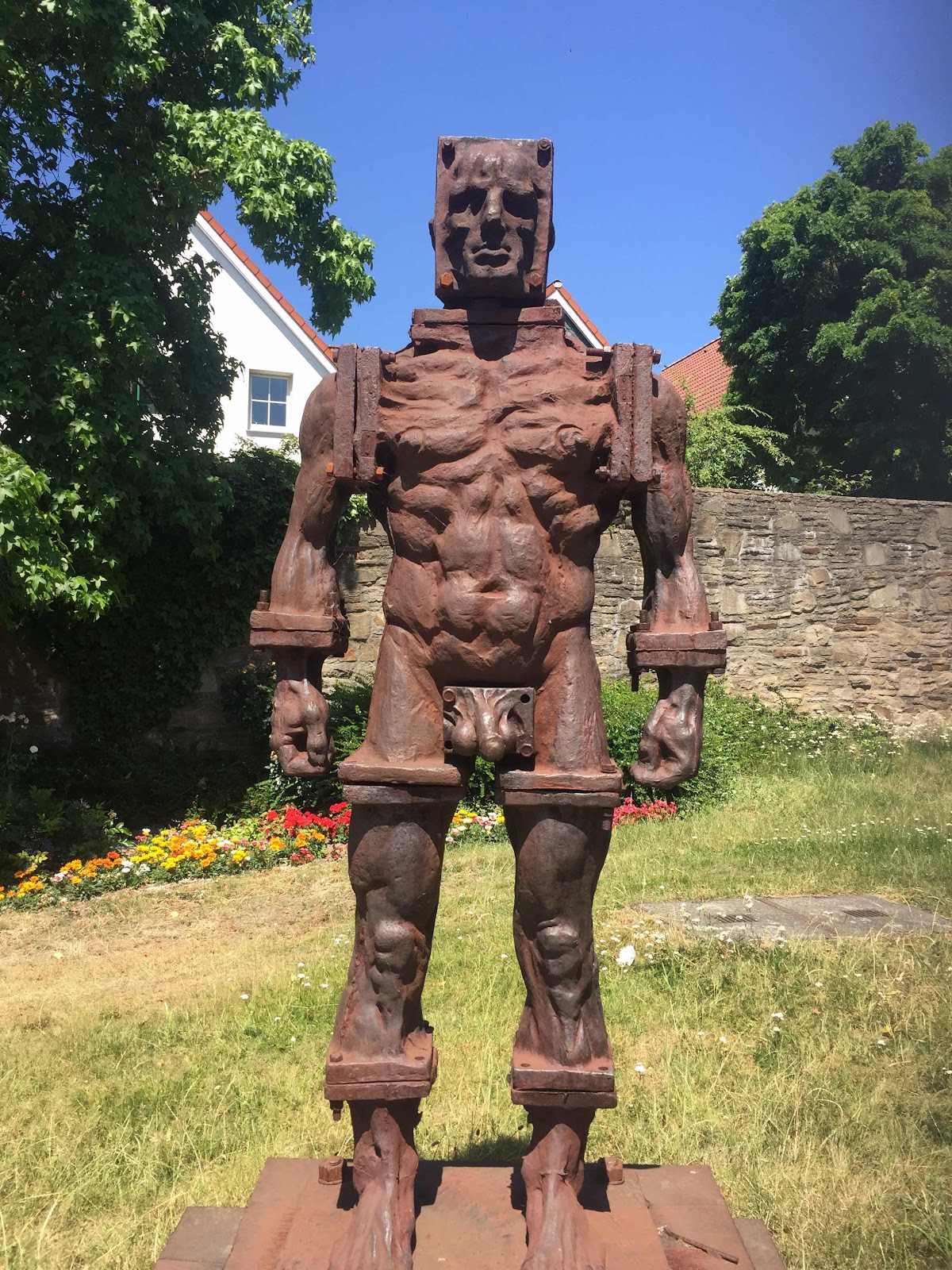 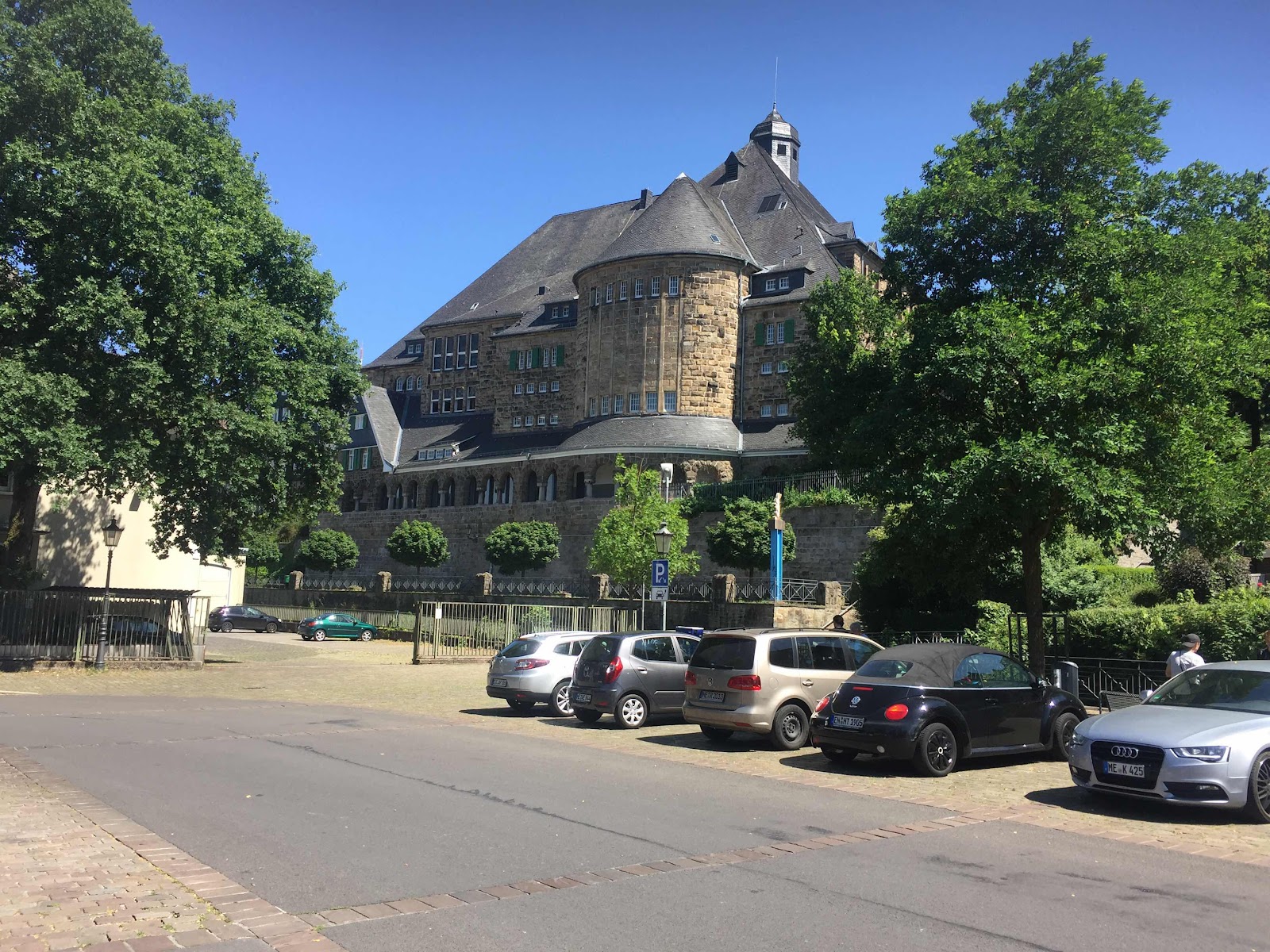 This castle was found as we cycled through one town. The other side it was up a long steep hill and as luck would have it, there was a bench at the top where we rested and ate the excellent energy bars Domenic in Dortmund had made and give us! 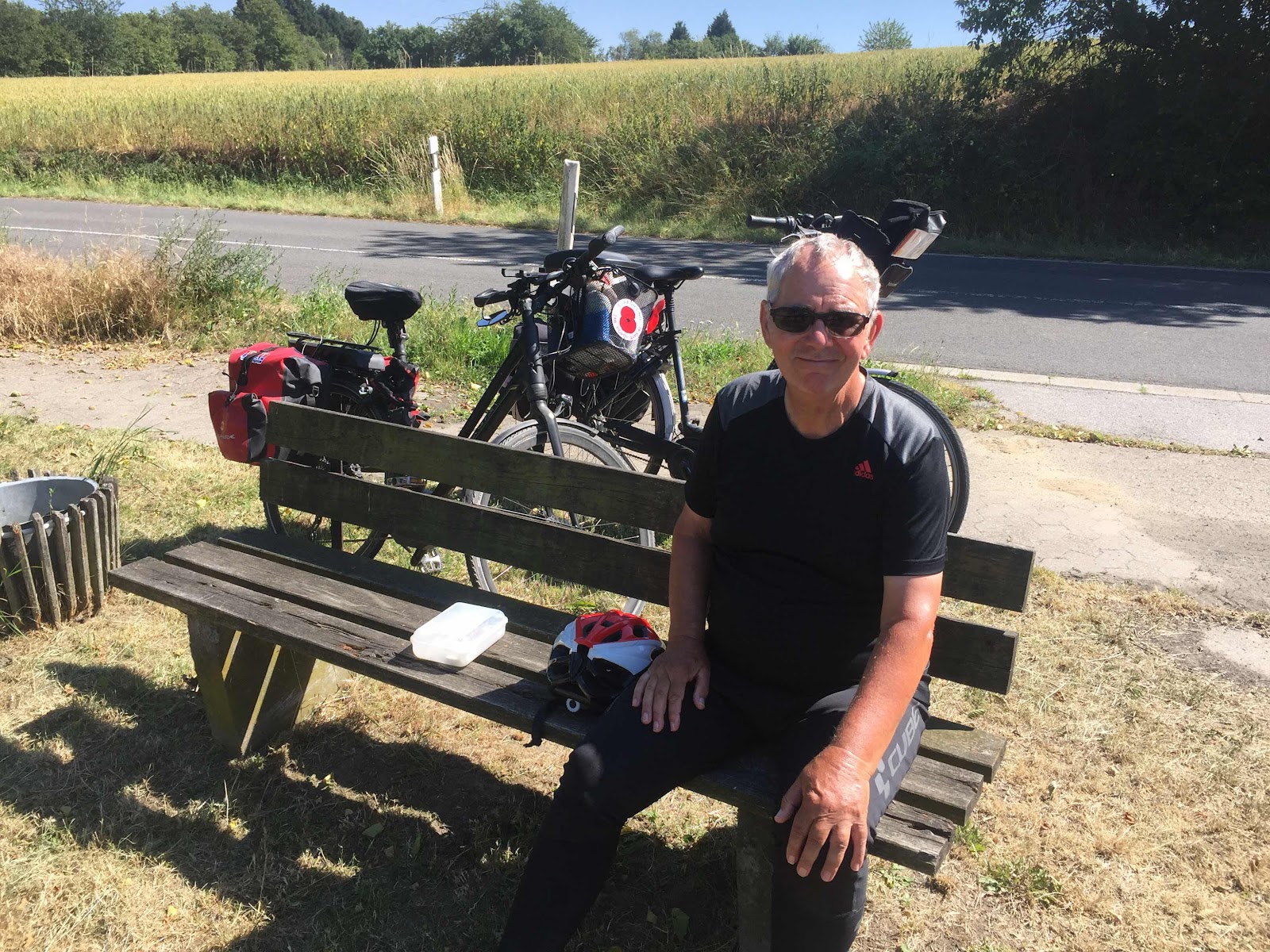 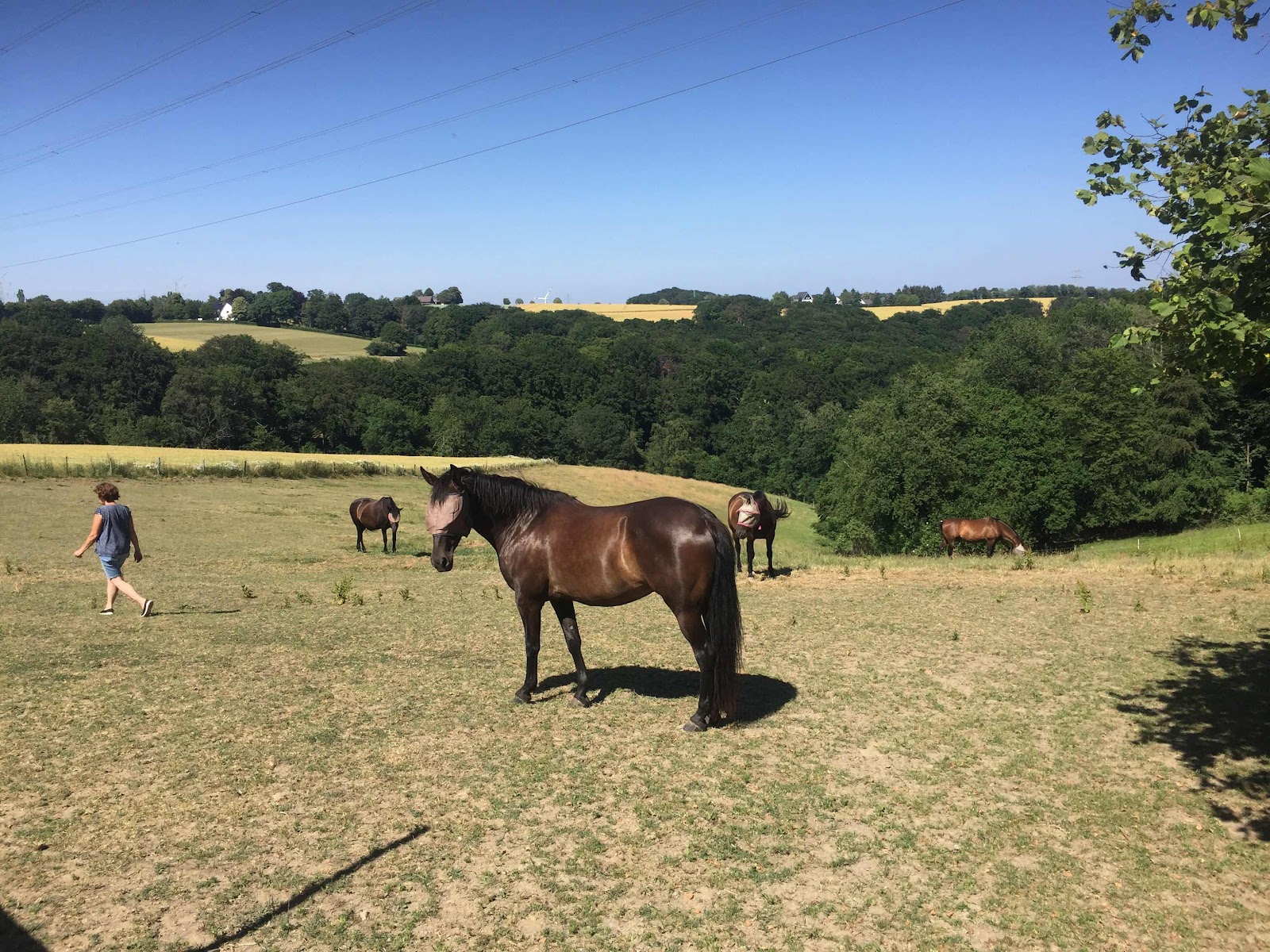 It was not long now before we reached Velbert which is where our humans stopped for the day after 7 hours and 65 kilometres on the road!

Chris has said breakfast at 07:00 hrs we have som 60 kilometres still to cycle!
Posted by Alan Tyson-Carter at 19:00