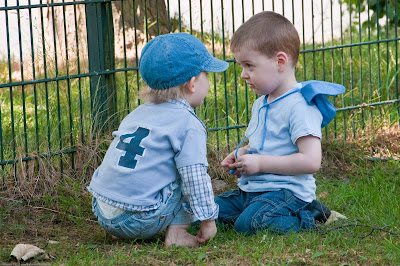 The expression, “some mothers’ do ‘ave ‘em!” is a more or less derogatory expression meant to indicate a weird or odd person is the off spring of the mother. It was also the title of a popular sitcom on BBC TV in the 70’s staring Michael Crawford.
I have been reminded of this expression by my observations of certain mothers over the years and especially recently and the manner in which they educate and bring up their off spring, but especially their sons. The relationship between mothers and sons was even a subject for a recent BBC radio series. Sadly they only touched on the positive aspects and not the negative ones where mothers do their damndest to mould and control their sons in all things the whole of their life. A “mother’s boy” is also a derogatory expression for a boy that is timid and weak, always clean and obedient. Mother’s boys are made and not born that way.
All of us are the product of our parents and their upbringing, plus the sum of our experience. We are fortunate if we do not have a heavy baggage of upbringing to carry through life.


Some people believe that a baby is born as a blank sheet of paper, upon which we adults write. To me this is only partly true. I believe that children are born with their inherent nature, which is the sum of their parents’ genes within them. If their parents are introvert, timid and shy, socially inadept, the chances are the children will be too. On the other hand if the parents are extrovert, brave as lions, intelligent then the child should be as well. I further believe that development of a baby's character starts in the womb. If the baby is subjected to loud noise or music, if the mother is prone to fits of shouting and screaming when arguing, then I believe this will affect the character of the child even before birth. Should the birth be traumatic for either mother or baby, then I think that too will affect its character. Then there is the matter of the actual upbringing which does not make all things equal either. We parents carry around with us the heavy baggage of our own upbringing and more often than not, end up instilling it into the new born.
Children are not born with a value system in their genes. They do not know the difference between right and wrong, hot and cold, good and evil, black and white. Children do not know what prejudice or hate is. This all needs to be learned. But they are I believe, born with an infinite capacity to love, though again they need to be shown how to love someone.
The Jesuits said with truth, “give me a child until it is seven and I will give you the man” because they understood that small children until they are seven are like blotting paper. They are so trusting they soak up every little detail of their upbringing and their environment. This is the time when the value system is learned. It is the most critical stage in the life of any person. If we adults get it wrong, it can lead to the formation of trauma and other deep problems, such as the development of prejudice and hate, the child being good or bad, or prone to violence, all of  which will take years to correct, if it can be corrected at all.
I have watched mothers incensed with hygiene continually scrub their little ones for fear they may be dirty. And to have a dirty child is a reflection, they think, of them as a mother! I have seen fathers incensed with a desire for discipline treat their children like soldiers, to be obedient in all things especially trivial things, from a very young age. I have seen fathers duck their small child continually under the water, “teaching it to swim”. Hanna was all set to do this particular large Russian bully father physical harm, but fortunately for all he stopped in time because he was hungry!  I watch mothers who are timid and insecure themselves, hover around their child when playing on the playground apparatus, making it doubly timid in turn. Were it to stumble and fall they are there immediately to worry it and they seem unable to differentiate between a harmless scratch, for which a child can be hardened and a serious injury. Yet at the same time they seem incapable of teaching their child to love or show any form of affection. Some mothers even think their child is their personal possession, and forget that it is a small human being that is merely on loan to them.
Each child is unique and there are consequently no user manuals on how to bring up any particular child. Countless books on the subject do abound of course, but they are all generalisations and a guide at best. All new parents are treading for them, new ground. They wish to do their best, to even correct what is perceived as the faults in their own upbringing and so mistakes are made. Some will have long term consequences and we can only hope that as these children grow into adults they themselves can overcome the majority of them. Insha’Allah!
Posted by Alan Tyson-Carter at 13:19 No comments: