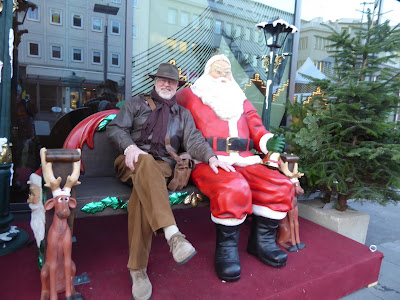 As I look back at 2015 I can say that it has been a wonderful year for me. The start was full of pathos and grief which I left at the foot of the Cruz de Ferro on the Camino in Spain. Thereafter it was fun and laughter shared with great friends, new and old, across two continents.
I have written about them so need not repeat what I have already said. However, one of my friends did remark that he had sent me to North America to report more fully on what I saw and did. He was complaining that after my Civil War adventure there was "radio silence" from me!
He was right of course. The silence was not because there was no adventure, but perhaps because it was so much more of a very personal experience. I had no idea how to explain away how much I enjoyed just being part of a great family, both in Canada and in Connecticut. I felt at home and for two pins I could have lived in either community happily for ever after.
I returned to Germany in November to learn that not much had changed here. It was good to be in my own four walls and to meet the friends I have here. I took time out to go and visit my friends in Munster-Oertze, in Bergen-Hohne and in Hamelin.

I have prepared for Christmas as always.

I have received a number of Christmas cards, not as many as I have sent, but then it is always thus. The fun here starts with Christopher's Birthday party on 23 December and as previous years he asked for a "Smartie Truck" as a Birthday Cake. 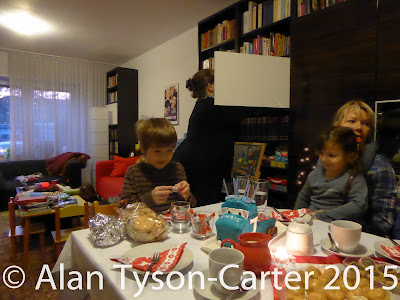 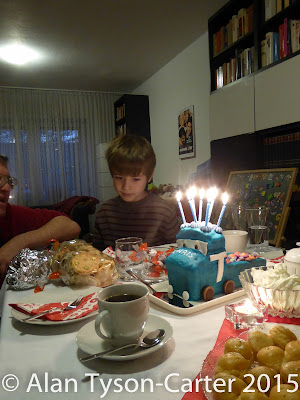 A certain little lady also liked  my efforts so much she has ordered one for her fifth birthday in February! She had a Teddy Bear Cake on her fourth birthday. 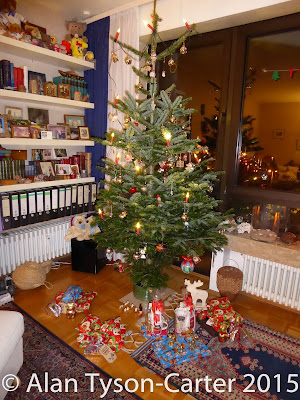 This year I received more invitations to celebrate Christmas with friends than I could accept. It makes me happy to know I have so many, they are my family more than any blood ties I may have to other people on this planet. I just wish that sometimes I could have all these friends in one town, like Pat and Dan or Brec and Sandy have, and not spread out around the whole world. It is the cross I have to bear for the life I have led as the son of a soldier and a soldier myself. Hanna and I often had conversations about where home was for me. Growing up in one place going to only one school does have advantages which only now I appreciate and do not have. But I am not down hearted. I shall have a very Merry Christmas in a real family atmosphere with good food and fun and games and much laughter, I am sure.

Next year I have already planned many new adventures on land, on sea and in the air. They will be reported here, by me or the bears as they happen. 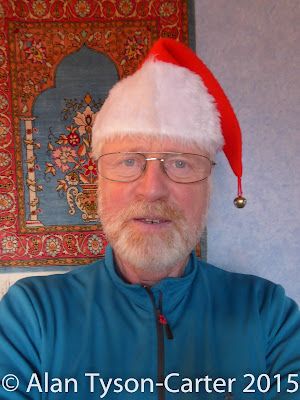 So may I close by wishing you all a very Merry Christmas and a New Year full of hope and happiness and if you are that way inclined many safe small adventures.

Posted by Alan Tyson-Carter at 23:50 No comments: