How do you sum up three weeks in a German rehabilitation clinic now that I am home again? It is now the 31st Day since the operation on my right knee. What they don't tell you till the last minute, is that you will be in great pain and unable to sleep well for sometime!

I am grateful for the training I received in the British Army for it has stood me in good stead, through life, my circumnavigation and now in surviving the Rehab Clinic! What doesn't kill you makes you strong is true in this case, also.

As the bears have mentioned the clinic was full of patients that had received either a knee replacement or a hip replacement. The majority were women and a fair proportion of them were on the self pitying trip and seeking sympathy for their pain. They got none from me! And yet a sense of camaraderie did exist, for we were all in it together and experiencing similar pain problems. I just did not talk about mine.

Early on, because I was  Brit, I was marked out, mostly in a humorous manner, but also because I did my own thing, walked 3 kms per day through the town and park, and faster than anyone else. When the therapists heard I had hiked over the hills with my crutches, they were aghast and gave me to understand that I was crazy and should not do this!! Well I did as I was told for about a week before I was drawn again into the woods and hills for another adventurous hike. 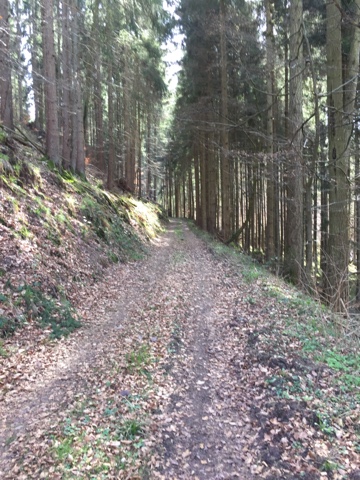 We took ourselves off for another walk in the woods, which was up hill all the way. 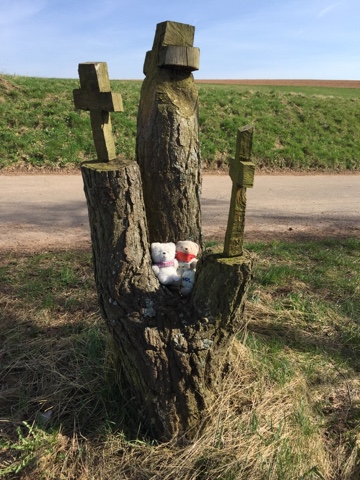 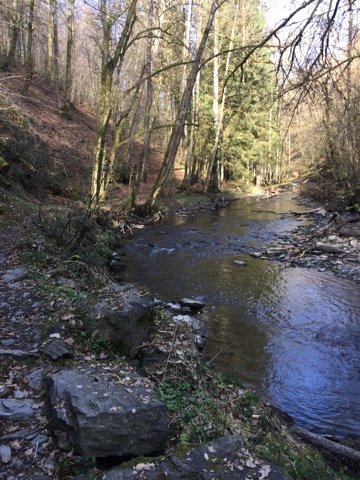 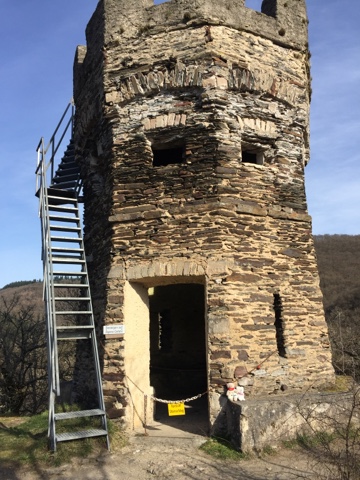 We went as far as the "Entenburg" which though the stairway had four steps missing actually climbed to the top. 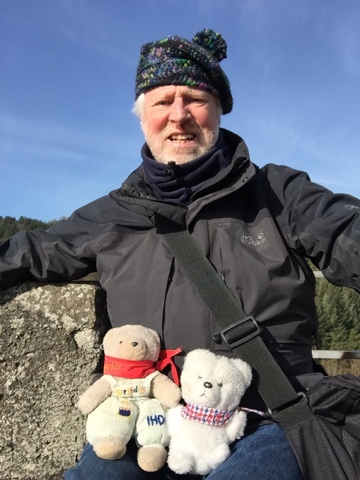 A selfie from the top of the tower where the views were great. 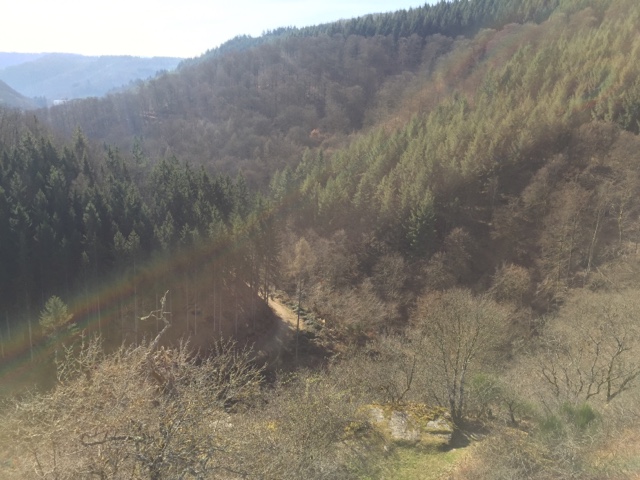 We had come from the area of the white building in the top left of the picture just below the horizon! 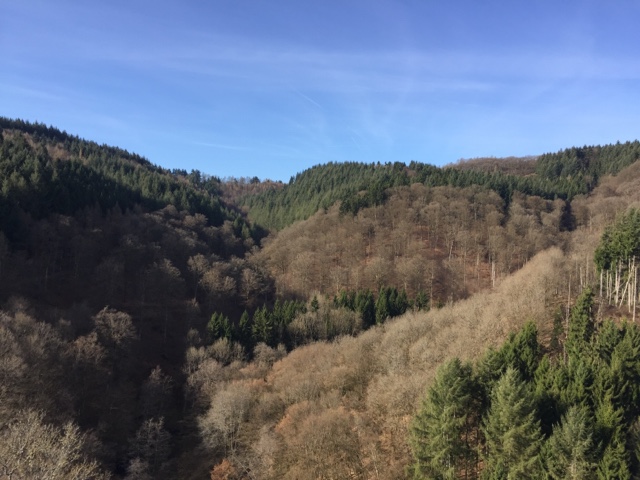 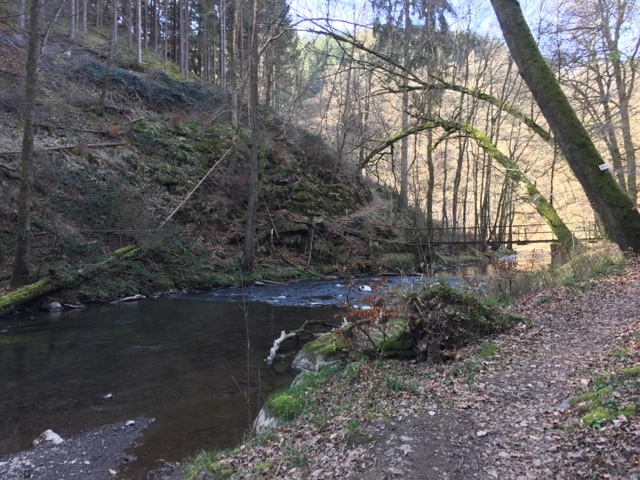 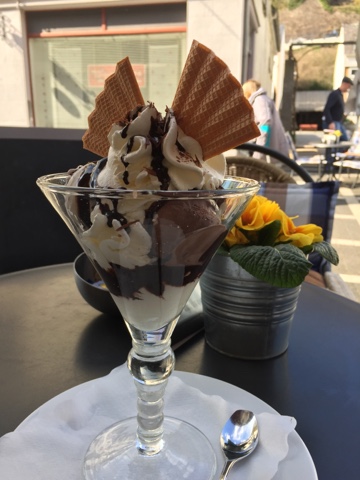 Our efforts were nearly always rewarded with an ice and an espresso!

Although I had twice mentioned to the clinic doctor that I wanted to be able to ride a bike before I left, I was never allocated therapy on a bike. In the last week I received a fair bit of one on one therapy and one nice young physiotherapist, acted much like an Army PTI and really made me sweat. Such sessions I enjoyed the most, for I always felt that the effort of working through the pain was worth it. Water gymnastics I also enjoyed a lot. At first with two women then with only one and lastly alone. All in all I left the clinic on Thursday 29th March fitter, five kilos lighter and able to run up and down the stairs like any normal person! The weather was so fine, like a summers day, so once home I took the bike for a spin to the cemetery to show Hanna and to report that I was back again. It's about a 3 kms round trip, so I am well able to ride a bike again, though I must admit getting the right leg over the bike takes a bit of effort.

My cunning plan is now to do some fitness speed walking on crutches for some 3 kms and then stretching and strengthen exercises three times a week. I will get physio twice a week for awhile and twice a week I will hike in the woods with a light pack and my hiking poles, the first week 6 kms, the second 8 the third 10 and so on until I can hike 30 kms again. With my knew Ebike I will take myself off at weekends, just for fun as well! The crutches I will ditch using in two weeks time i.e. 6 weeks after the operation and not the 12 they kept telling me in the clinic!!

So life is good, I am glad I had the operation done and as you may be able to tell can't wait to get on with my new adventures.

Posted by Alan Tyson-Carter at 14:25 No comments: