In the New World! 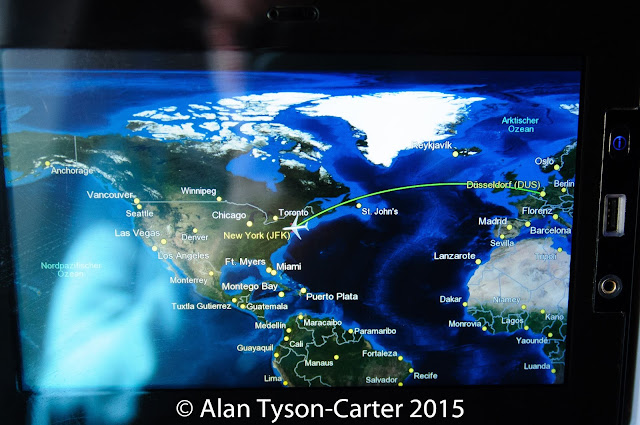 We have come to the New World with our BBF to visit his friends in Milford and Canada. The flight over was as tedious as all long distance flights, and being stuffed inside his rucksack we did not see anything! 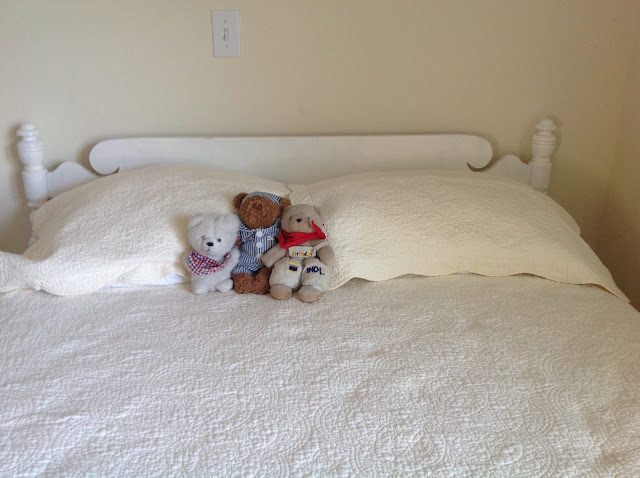 To our delight we found a new friend in our room when we arrived. He's called Carter! For the first couple of days we have been taking it easy and not rushing around trying to see and do everything touristy. Brec, Alan's BF has been heavily involved in his High School's 50th reunion, so it has been Sandy that has been taking Alan around town. She asked him whether he knew he was getting two for one, with Brec? Which made us all smile.
The weather here is so much warmer, we can hardly believe it is September, for the temperatures are up in the high 20's with over 50% humidity making it warm and sultry.
Alan took a walk along the beach closest to the house where we are staying and enjoyed his favourite pastime of beach combing. 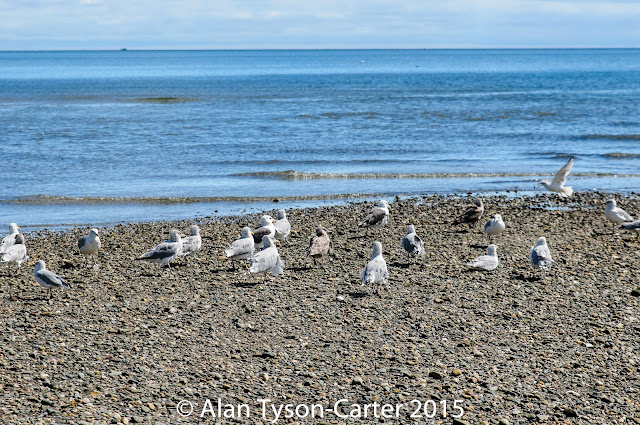 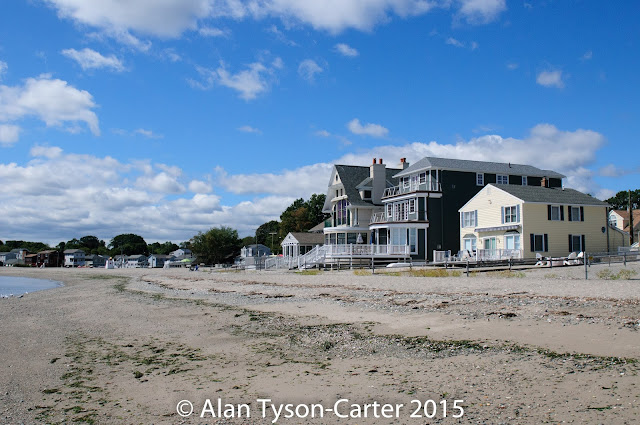 Where we are is on the North side of Long Island Sound in Connecticut, so the houses on the beach above face south. Many, if not most of the houses here fly the Flag. 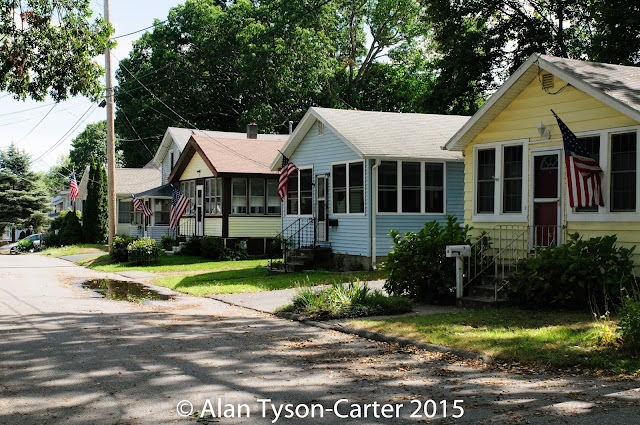 And some are getting ready for Autumn or Halloween. 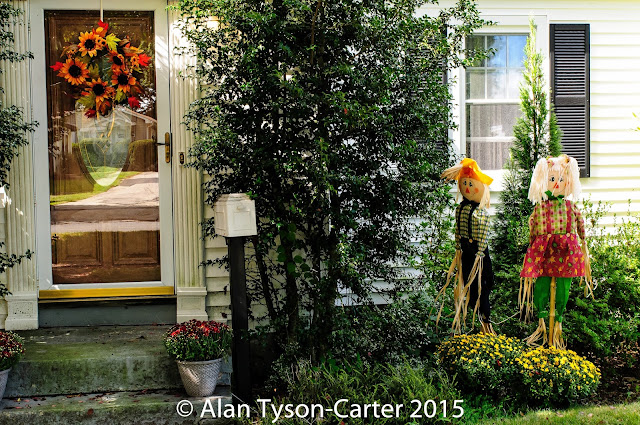 The shops too are full of stuff one might need to decorate for Halloween. 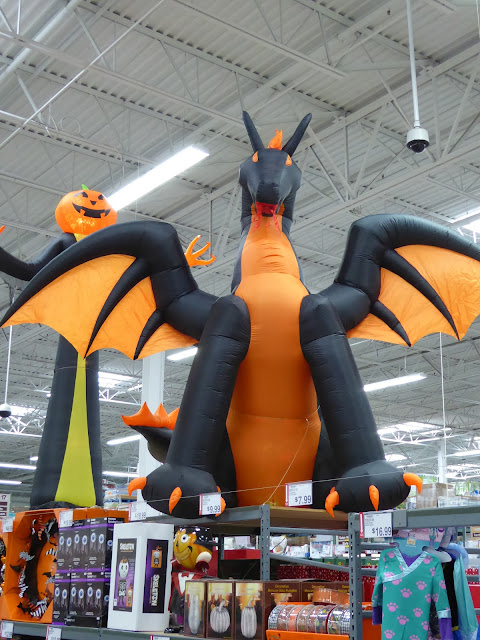 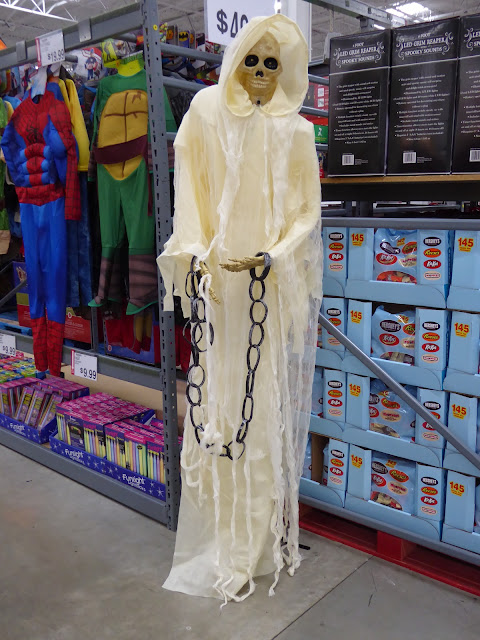 Brec and Sandy have given Alan the use of a "tank" to get around, so he took it into town with us to take some pictures of Milford and get an ice cream.

Sandy took us to the Norwalk Oyster Festival on Saturday where we had some interesting things to see and the humans had beer and lobster for lunch. Alan was a bit disappointed by it, as he was hoping to see fishing boats and to see and hear how they farm oysters and catch lobsters, but there was none of that. It was obviously a place to bring children and just chill over a beer and some interesting things to eat. 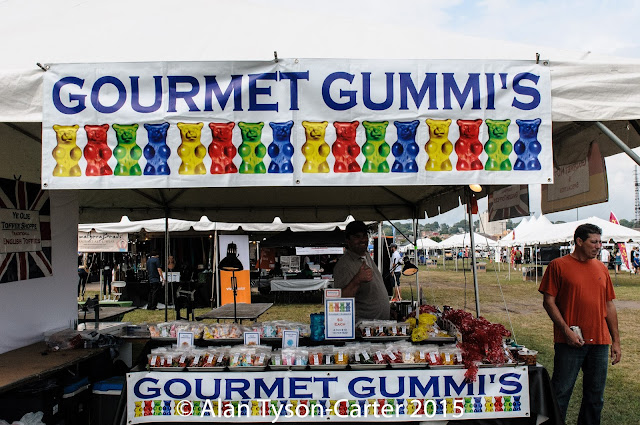 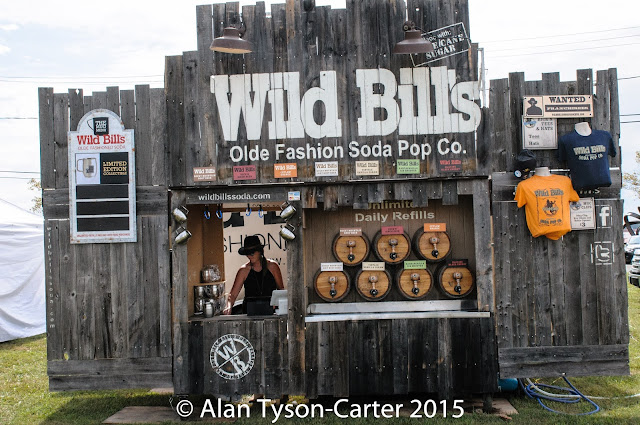 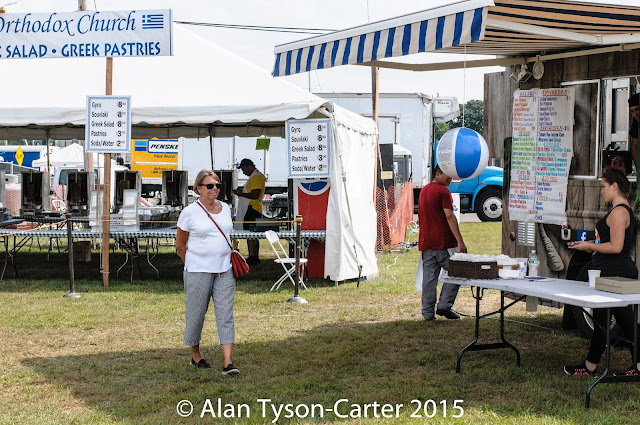 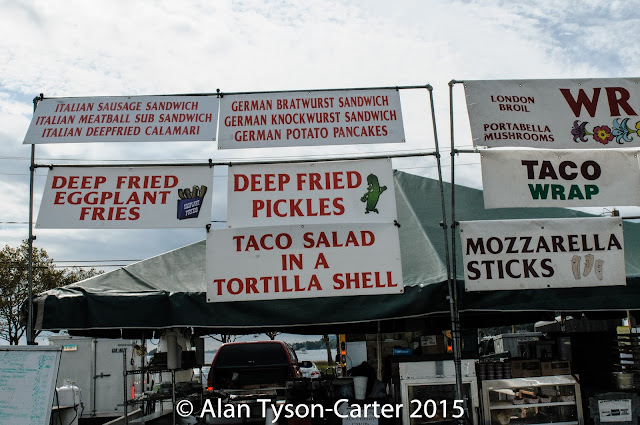 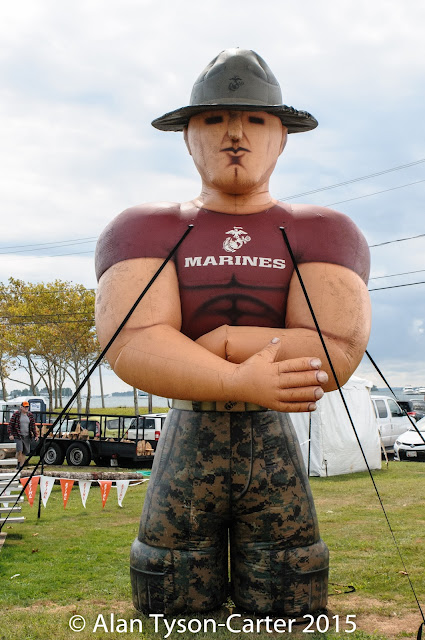 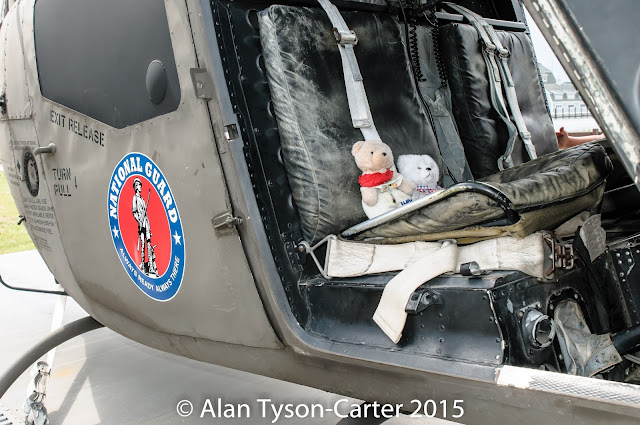 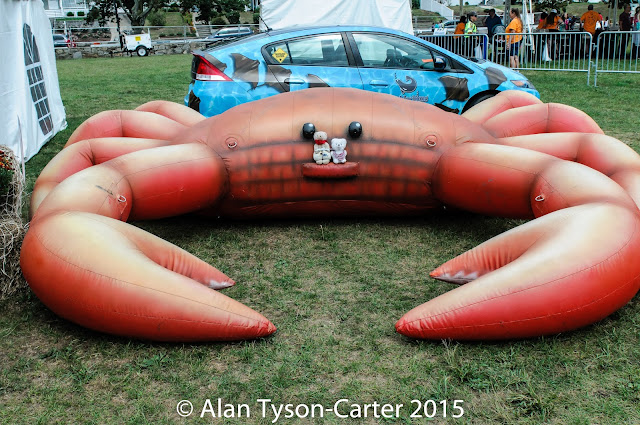 On the way home Sandy showed us the various murals that Brec had painted on houses in the town. they were really stunning. 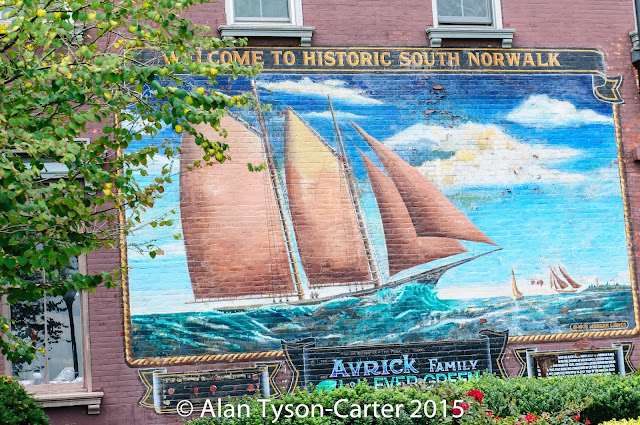 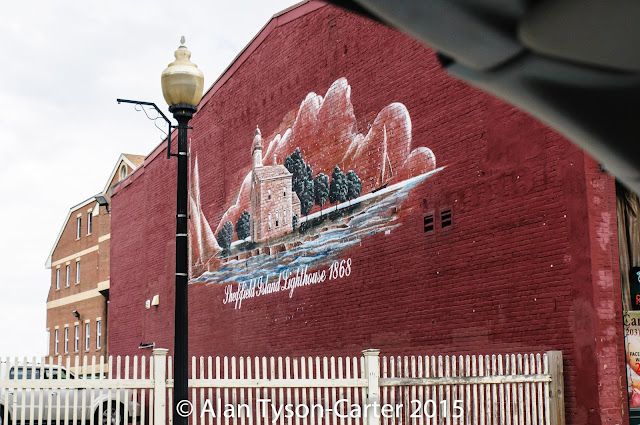 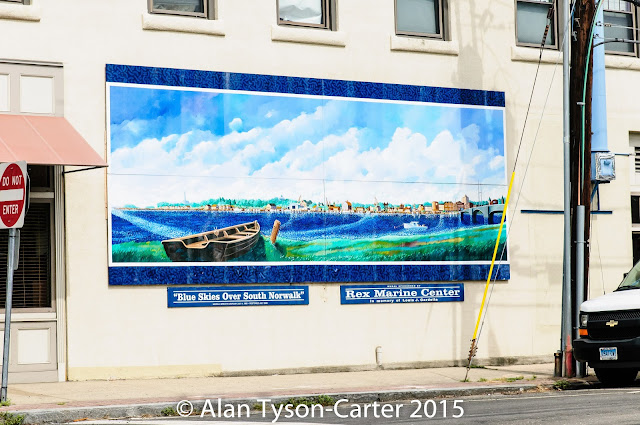 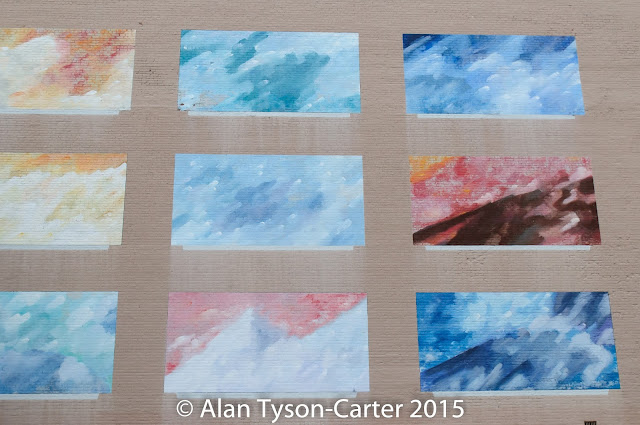 We have to report that Milford is a very duck friendly town as they even have a place where ducks have priority on the road! 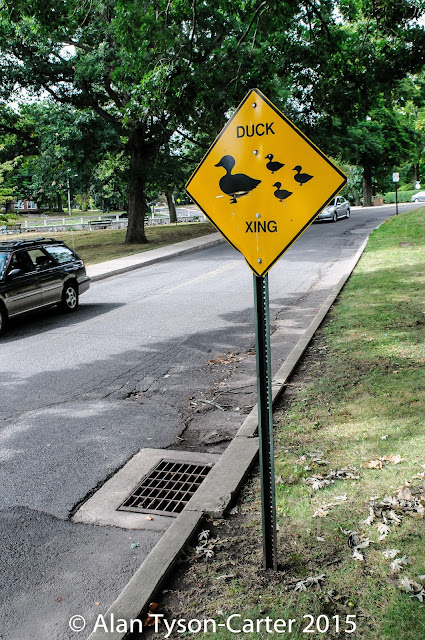 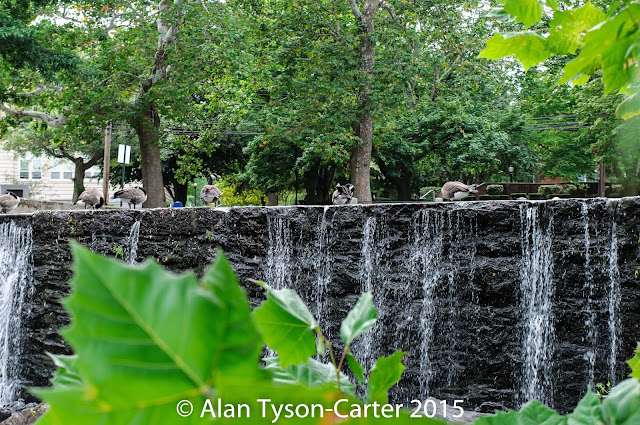 It beggars the question if ducks can read and know their highway code?

Posted by Alan Tyson-Carter at 22:37 No comments: