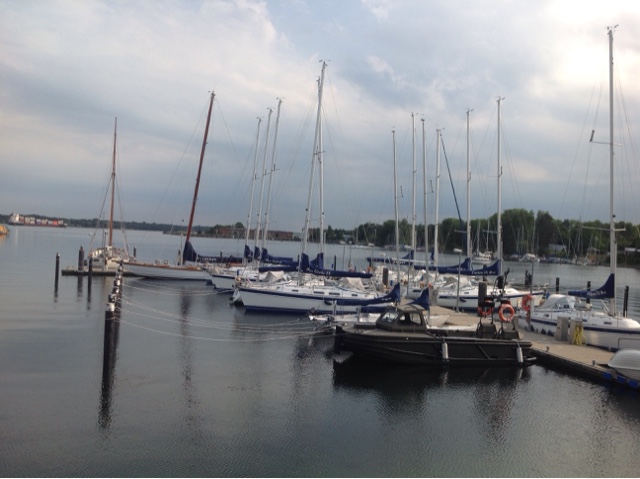 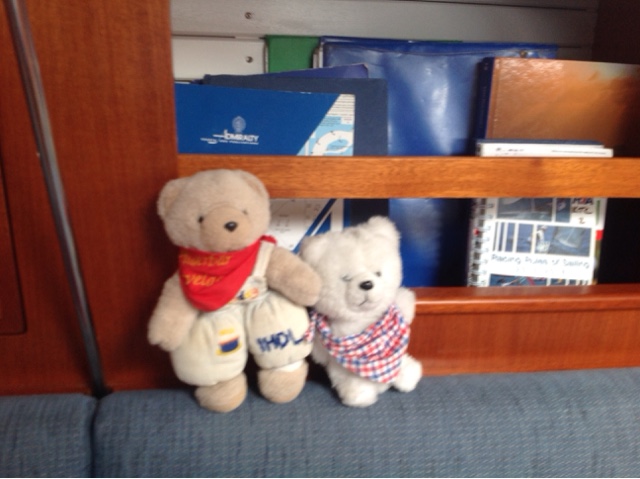 We came to Kiel, Germany with our BBF to sail for a week with three of Alan's old comrades.
Jamie is of course a circumnavigator, but for Hanna Bear it was a first. We bears slept in the saloon and were witness to much merriment and laughter.
The comrades had all sailed with each other before and had of course served together in the Royal Pioneer Corps. They were in alphabetical order, Bob, Charles, Colin and T-C!

This is them some 23 years ago. There is of course a fifth person, Dick, who took the photo and was unable to join the Baltic Four this time.
Colin was our skipper for the week, mainly because the others did not want the job, but a very good job Colin made of it. It could not have been easy for him either, with a crew who's experience would have made a weaker man go wobbly at the knees. Charles is an RYA Yachtmaster Examiner, for example, Bob is a very experienced yacht racer and TC has been about a bit. 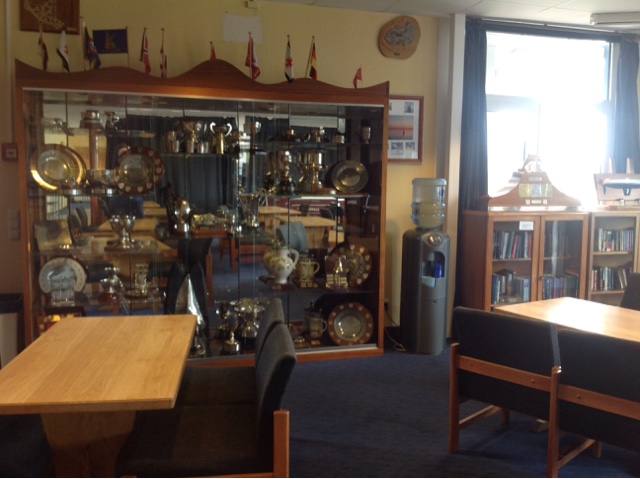 The trophy cupboard at the BKYC which has a couple of trophies with Charles' name on them. T-C was helped by Bob and Dick in 1988 to sweep the board in the Whitsun Regatta, so his name is there too.
Generally the conversation on board was such that each took the mickey out of the other and each gave as good as he got. Often it was done with side splitting laughter and a more enjoyable time could not be imagined, by mere civilians, for this sort of camaraderie can only be found amongst servicemen who have bonded over their service and time. 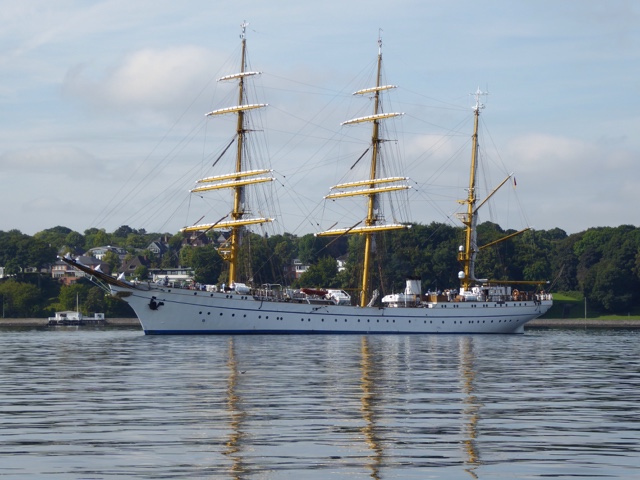 The Gorch Fock seen in Kieler Fiord on our first day. 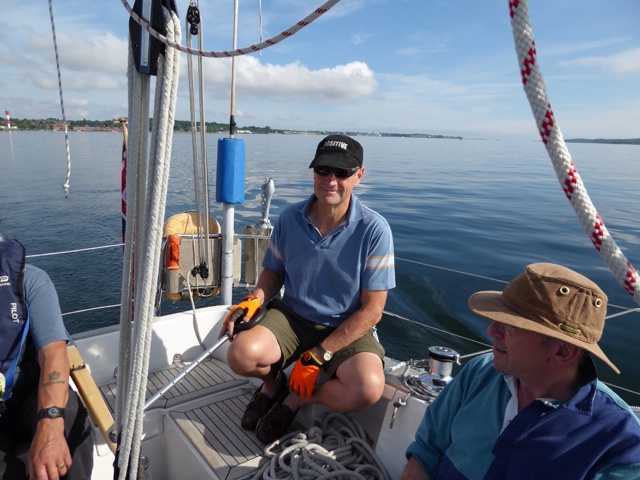 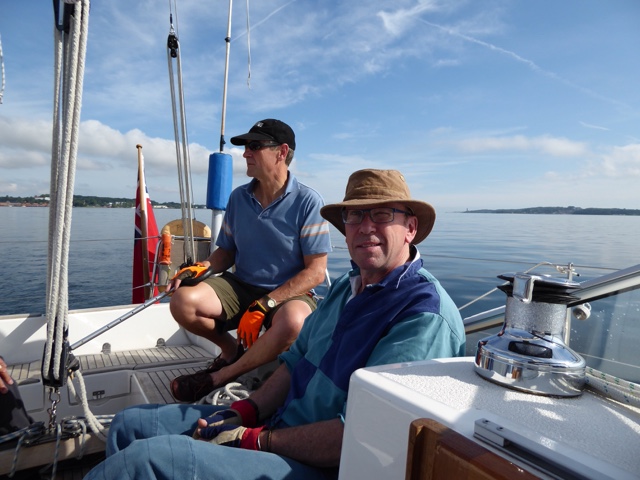 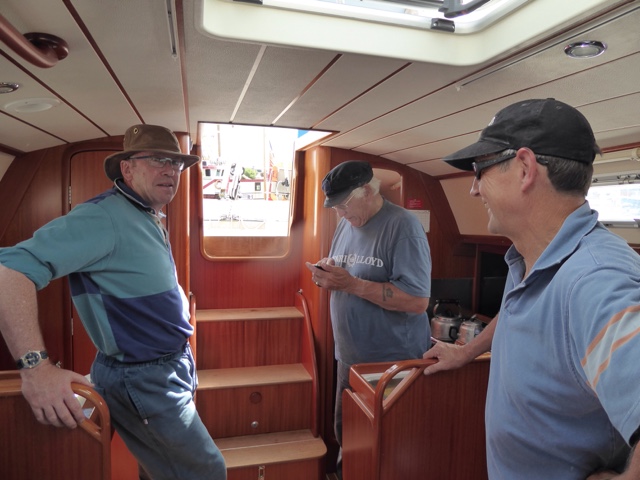 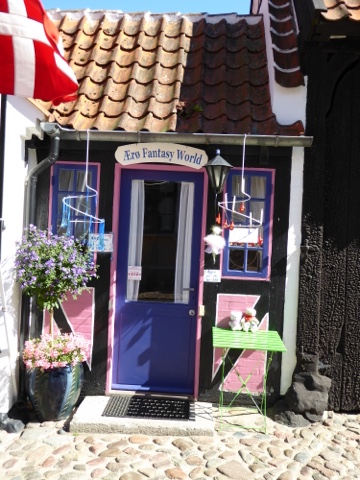 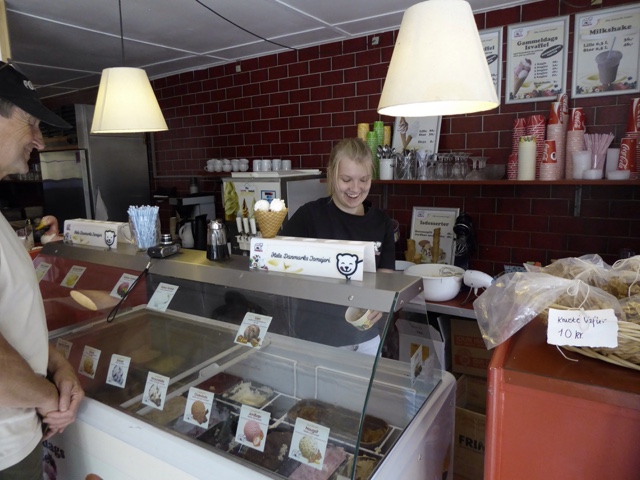 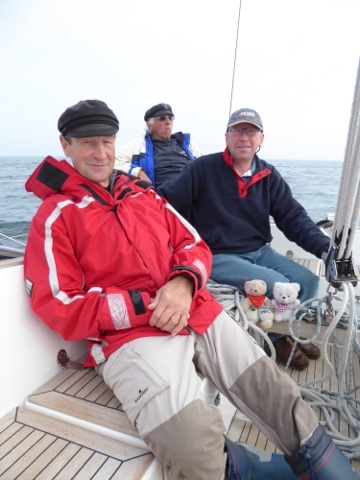 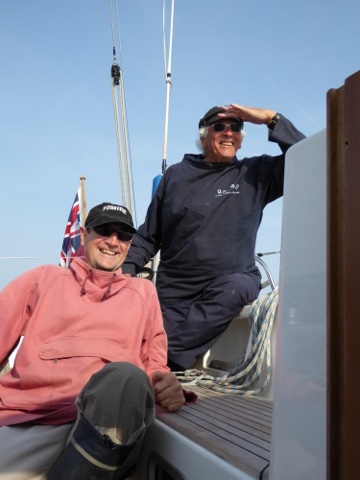 A couple of posers! 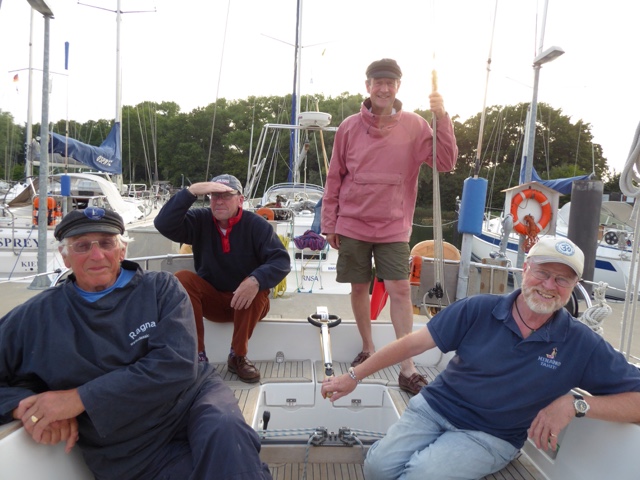 The Baltic Four, posers all!
It did not matter that the weather was not the best for sailing, so that we only visited, Damp, Marstal, Aeroskobing, Marstal, Strande, Schilksee and back to the BKYC, and were storm bound in Aeroskobing so took the ferry to Svendborg for the day. It was the company and the conversation which made the week so enjoyable for all. So much so that they have agreed to meet annually in future and Charles has kindly agreed to host it all on his lovely old 100 sq. m. Yacht RAGNAR R. Alan has been designated to organise it and so he will be writing to the others, including Dick to find the best suitable time for August next year.
Posted by Alan Tyson-Carter at 15:13 No comments: