An eye for an eye!

One of my father’s favourite expressions was, “it’s humans that have stuffed up this world!” Slowly I am coming to agree with him. Man is a violent animal and the only one on earth that harbours hate and revenge in his heart. Many prophets down the ages have also known this and by giving man laws and regulations have attempted to try and regulate him. Moses tried his best. In Exodus Ch. 21 verses 21 to 25 he attempted to regulate the violence by advocating a like for like style of punishment. An eye for an eye. I think the point many of us have missed is that here he is advocating that within the social system of the time it is like for like.  Should a slave holder poke out the eye of his slave then he must be given his freedom, not that the slave may poke out the eye of his master. In Leviticus Ch. 19 verse 18 Moses advocates to “love thy neighbour!” Something that gets forgotten until Jesus tells us in his Sermon on the Mount. (Mathew Ch. 5 v. 44) to, "love your enemies". Moses qualifies his eye for an eye rule later in Leviticus Ch. 24 verses 19-22 to include one’s enemies as well. The idea here is to limit the retribution, not to increase it.
Mohamed in the Qur’an (Sura 5 verse 45 to 47) repeats more or less what Moses said before him. To my mind he is also attempting to limit man’s quest for revenge, to keep it within bounds. Yet along the way they have all forgotten the fifth Commandment, “thou shalt not kill/murder!” Jesus in his Sermon on the Mount (Mathew Ch. 5 v. 3 to 48) gave man a better system of justice and compassion, for not only did he remind man not to kill but to turn the other cheek, perhaps the hardest thing of all to do.
Since the Munich disaster in 1972, Israel has pursued a policy of, “an eye for an eye”. Their going after the terrorists that planned and executed the Munich hostage taking took state condoned violence to a new level and was clearly the example for America to handle the way they did with Osama bin Laden. That these terrorists deserved to be punished is not at dispute here. Nor do I dispute the need to go after them wherever they may be. There must be no hiding place for terrorists. I mentioned in an earlier Blog that terrorism is a crime against us all and we must hunt these terrorists down wherever they are and bring them to justice before proper courts of law. That is the only way for a civilised society to respond.
To my mind the “eye for an eye” policy of retribution merely breeds more hatred and desire for revenge and then into following generations, which is why we are hardly ever to have peace in the Middle East.
I am caused to make these remarks by the horrid thought that the Judges in Iran have given Ameneh Bahrami the right to pour acid into the eyes of the man who did the same to her. That they have placed Majid Movahedi, the man in question, in a state prison hospital and that there are doctors who will assist or even carry out this (new crime) punishment horrifies me. What about the doctor’s Hippocratic Oath? As I write the authorities have thankfully postponed the punishment. That crimes against women often go unpunished in many cultures is a shame on that society and should not be condoned. That Majid Movahedi committed a heinous crime which must be punished severely, also as a deterrent to other men who contemplate such acts, goes almost without saying. But that we should descend into barbarism to do so must offend all civilised men and women.
I fear that Ameneh Bahrami has added fuel to the fire of hate and will herself become another victim of revenge and retribution by the family of Majid Movahedi. She will need to be looking over her shoulder for the rest of her life.
Mahatma Gandhi was right when he reputedly said that, “an eye for and eye makes the whole world blind. 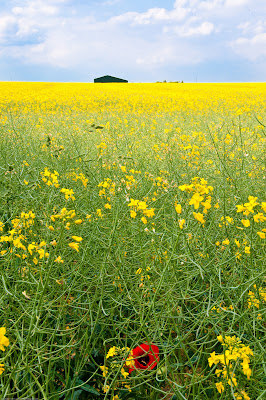 Posted by Alan Tyson-Carter at 16:15 No comments:

So America have finally killed Osama Bin Laden, but as usual I think they have gone about it all wrong. The World is not the Wild West and America has no right to go trampling on the sovereignty of other nations. Yes they have killed a man that deserved to die, but by shooting him in this manner they have given him not just a martyrs death, but have raised him to be a hero in the eyes of young muslim fanatics. They can now say that Osama died fighting the Great Devil America, that he never gave up.
I believe that terrorism is a crime against humanity,  it is a crime against all of us, whether the bomb goes off in New York, Marrakesh, Bali, Baghdad, Madrid or London matters not, we are all involved. We all have the right to travel where we will and so could be involved whether we like it or not. Hanna and I once missed being killed in a terrorist attack by  less than 24 hours. We had stood in the same place where later French tourists and others were killed.
Terrorists are therefore criminals and MUST be treated as such. They should not be treated like enemy soldiers in a conventional war. Doing so gives them an honour they do not deserve, for they tend to hide behind innocent people,  and they use and kill women and children. America should have copied Israel, for here they showed the way when they kidnapped Adolf Eichmann in Argentina and took him back to Israel to stand a public trial. Osama Bin Laden was a criminal and should have been captured alive, taken to New York and put on trial for his crimes there. Found guilty he should have been hanged by the neck until dead and then buried in the prison cemetery in an unmarked grave. This is they way one deals with criminals and it is not a martyrs death to die in this way. Yes he would have been able to speak his mind, but should a great democracy fear rhetoric? I say no. Remember how sad Saddam Hussein, and Adolf Eichmann looked at their trials, they did not look like martyrs or heros, they looked exactly what they were criminals, deserving of the full punishment of the law.
It is sad and pathetic too, to watch people dancing in the streets at the killing of one man as if the war is over. It is not over, it is perhaps, as Churchill might have said, not the end, it is the end of the beginning. Insha'allah! 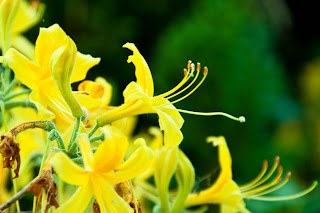 Posted by Alan Tyson-Carter at 14:03 No comments: