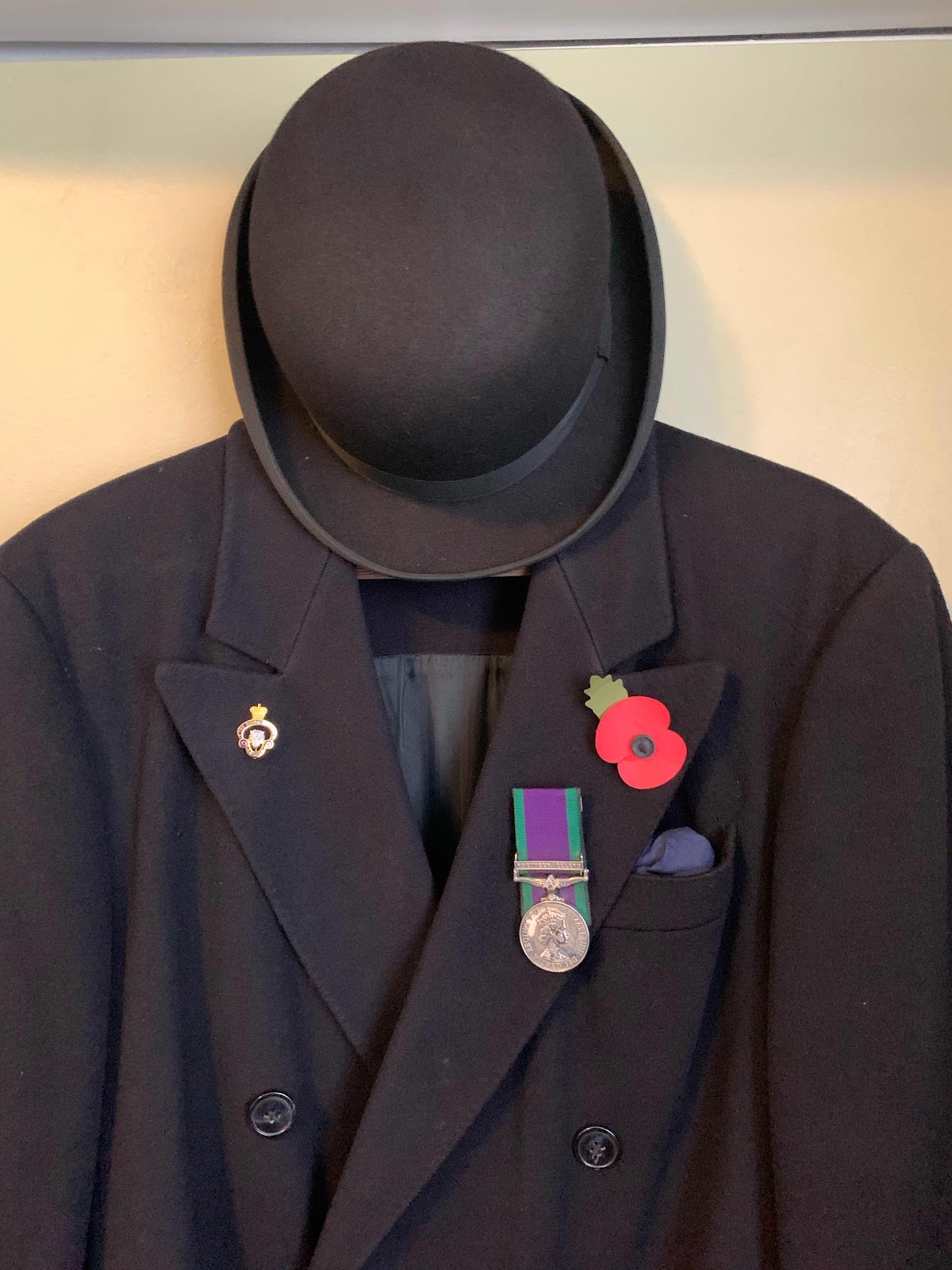 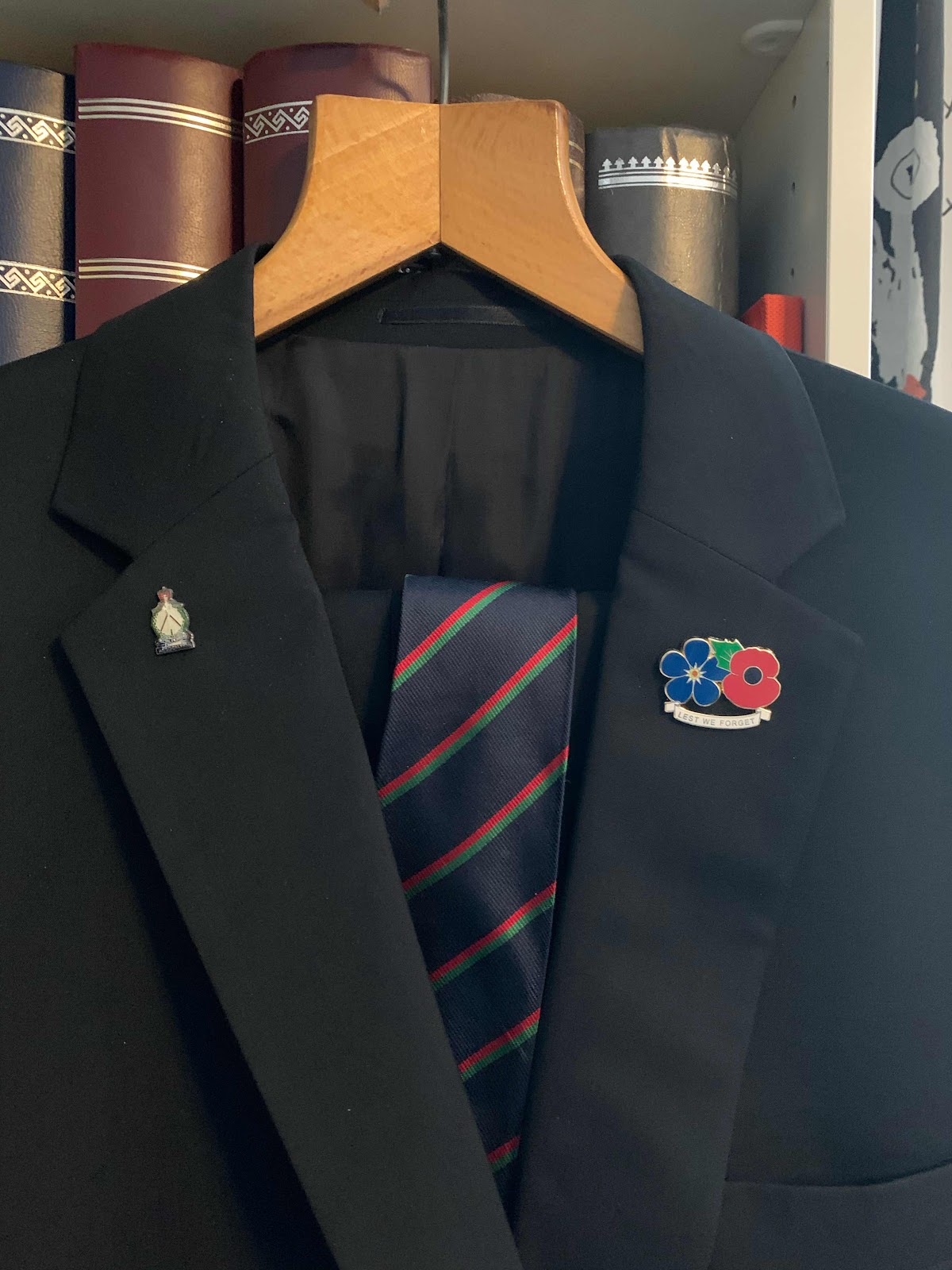 I, like many Veterans, prepared myself for the act of remembering the fallen by polishing my shoes and medal and getting the rest of my kit ready on the Saturday before.
I was proud to have been given the privilege of representing the Rheindahlen Branch of the Royal British Legion, at the British Ceremony of Remembrance in the Commonwealth War Graves Cemetery in Reichswald! The British Senior National Representative, Group Captain RJ Niven, at the NATO Combined Air Operations Centre had asked for a representative who was also to recite the Kohima Epitaph during the Ceremony!
As there were many Royal Pioneers buried in this cemetery I also took a Wreath given me by the RPC Association to lay in their honour.
As I had never been to the Reichswald before I was up early and a good thing too, as the first thing I was called upon to do was scrape the ice off of all my car’s windows!
My NAVI, as we say here in Germany, took me to the Reichswald via The Netherlands. The address I had was that the cemetery was on the Grünewald Straße and when I got to it I turned the wrong way and drove away from the cemetery. I quickly realised my error and turned round and soon found it.
There was quite a gathering of Nations at the cemetery as one might expect. In fact all NATO Nations were represented including Poland a relatively new member State.
I made myself known to Group Captain Niven and the Parade Sergeant Major. I was asked to lay the RPC Wreath in the third wave of wreath layers which included the local German Civil Dignatories and to lay the RBL Wreath last!
The Wreath Layers were lined up about 20 metres from the Memorial Stone, so it was quite a Walk of honour to lay my two wreaths.
The sun shone and there was frost on the ground. There were no microphones or means of projecting ones voice other than that learned on Army Parades. It was difficult to hear the voice of the RAF Chaplin who had come out especially from the UK, or the other actors in the ceremony!
Consequently when it came to my turn to recite the Kohima Epitaph I put on my best parade ground voice and recited it as loud as I could!
“When you go home, tell them of us and say,
for your tomorrow, we gave our today!” 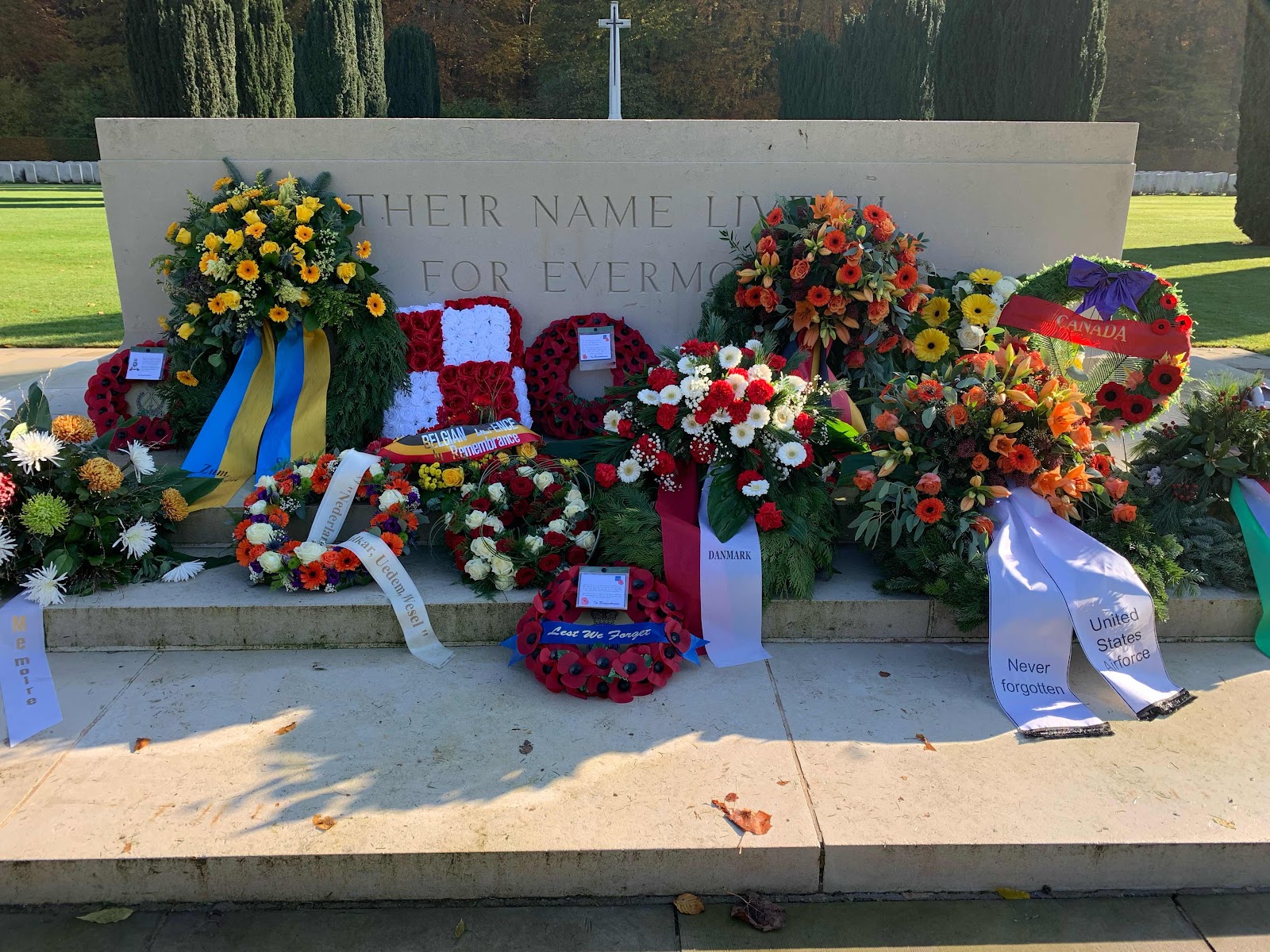 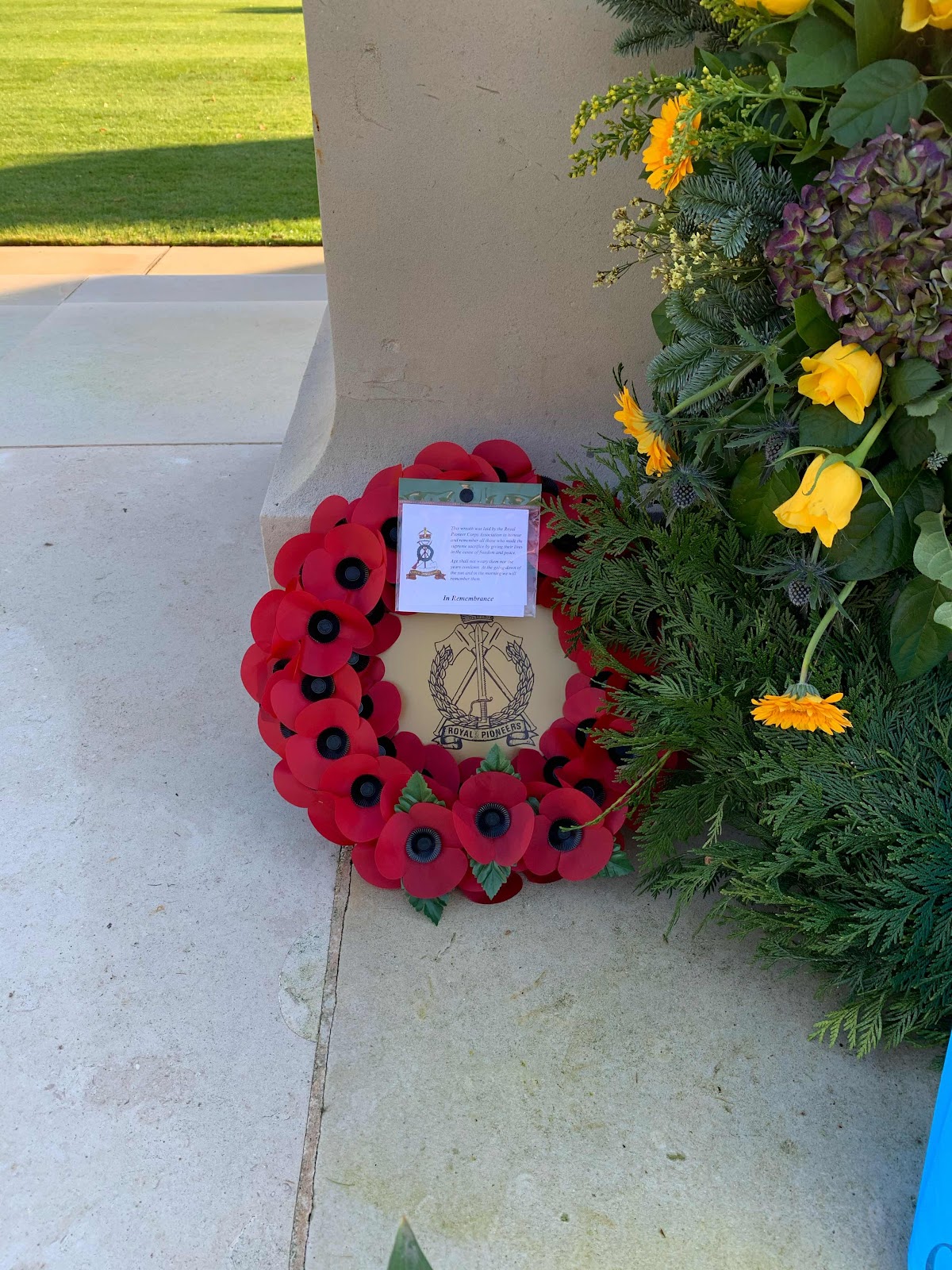 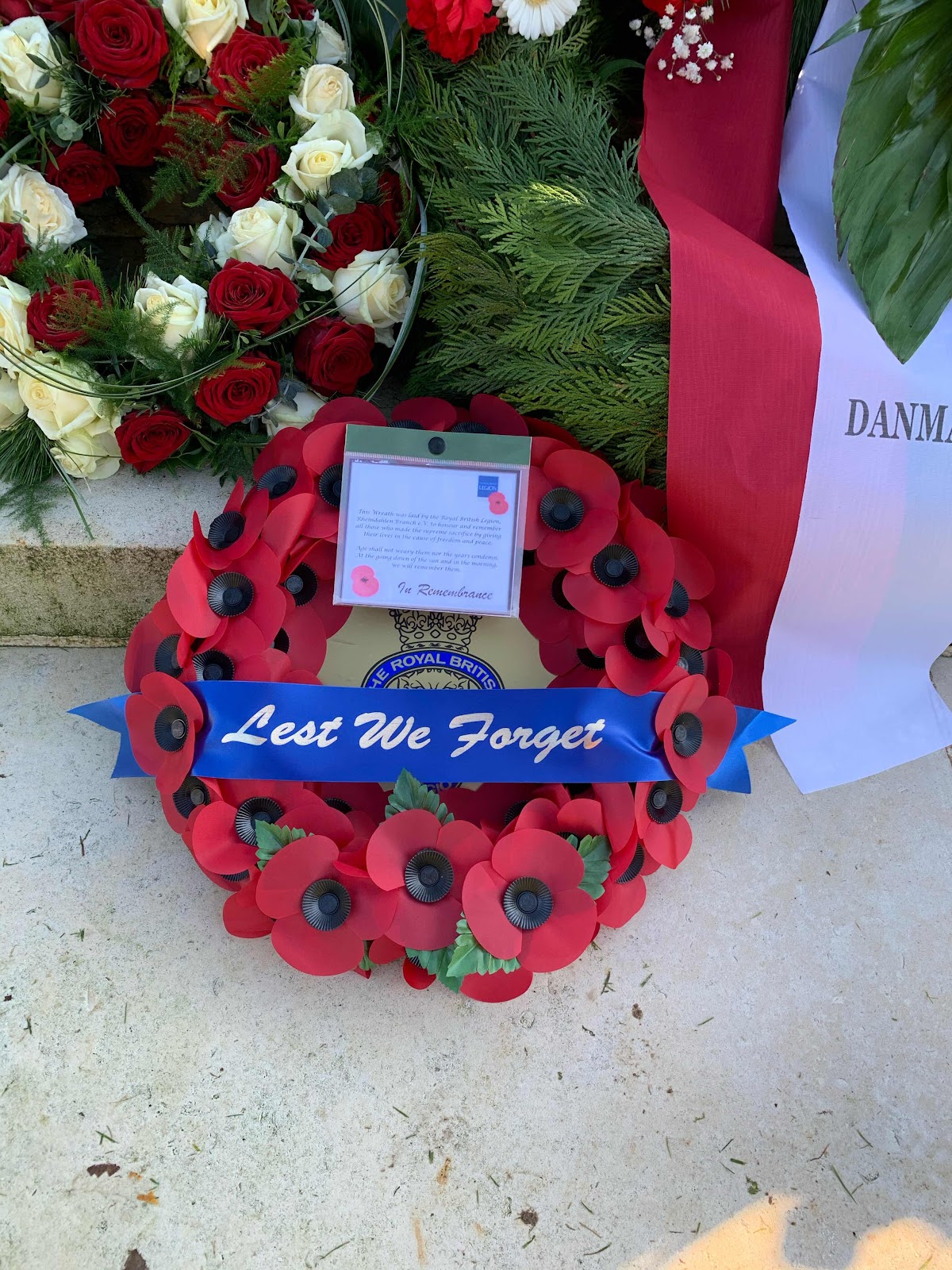 After the ceremony I visited a number of the graves. 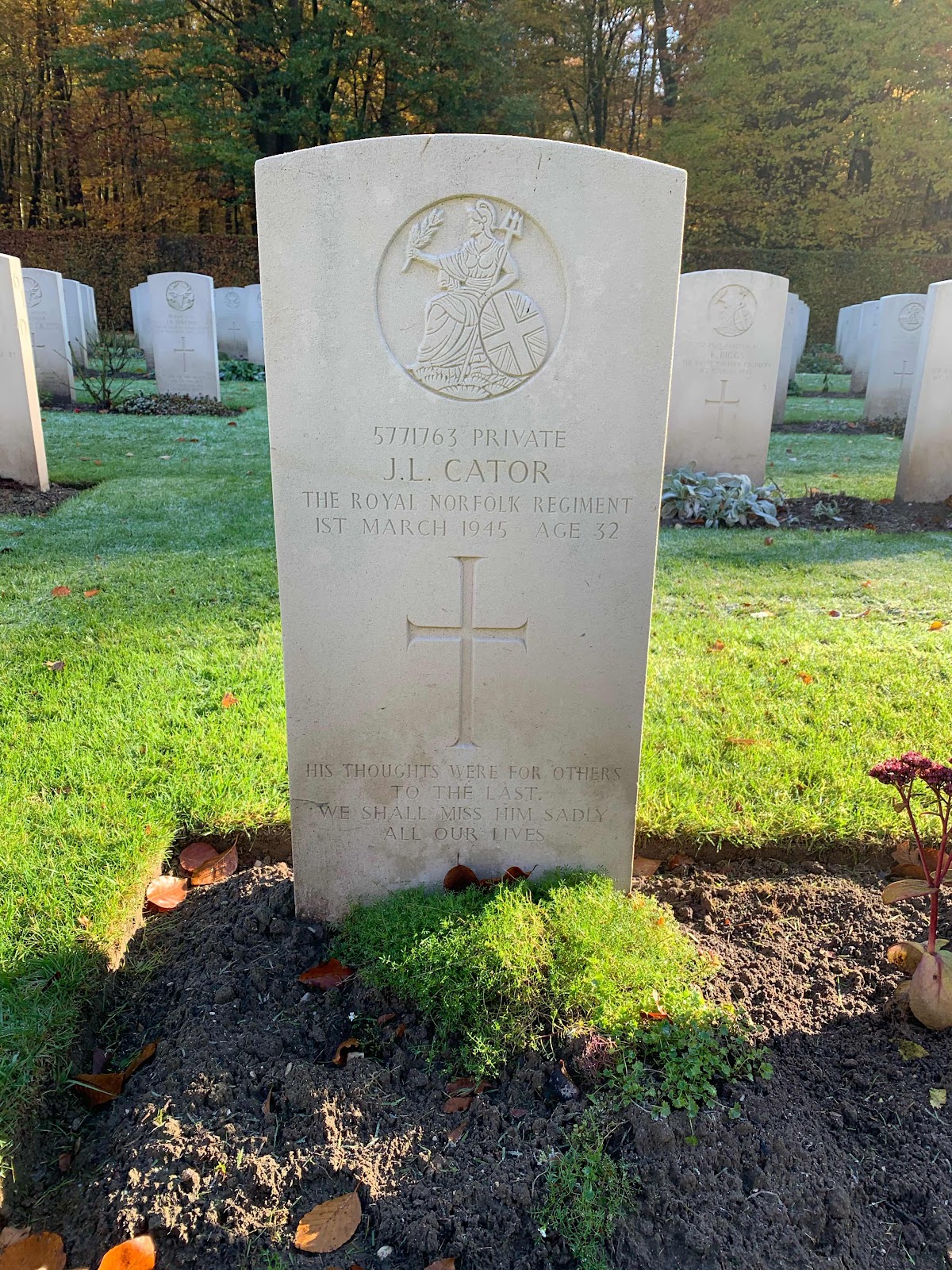 This man is the grandfather of fellow Pioneer Kevin Kittel! 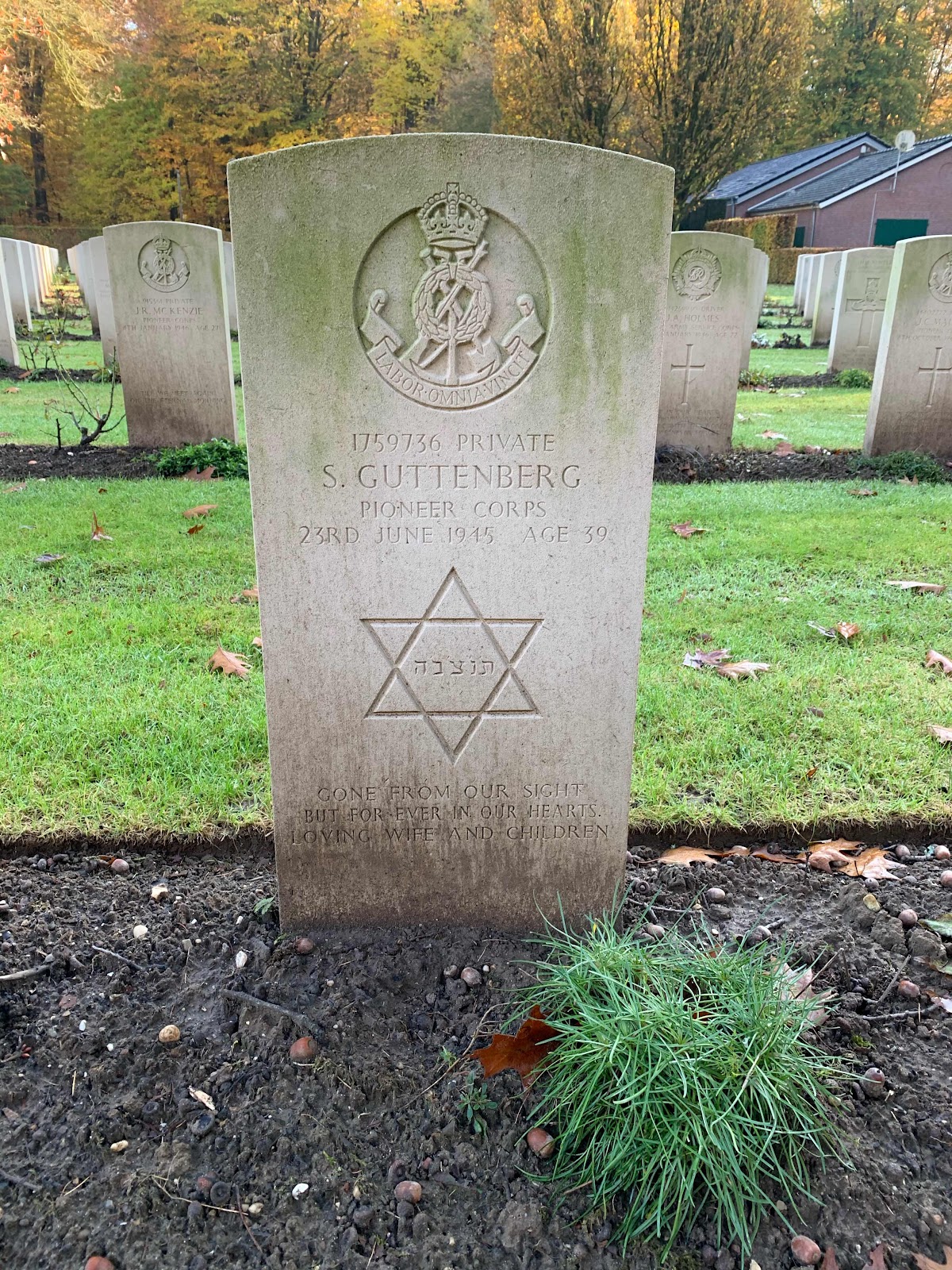 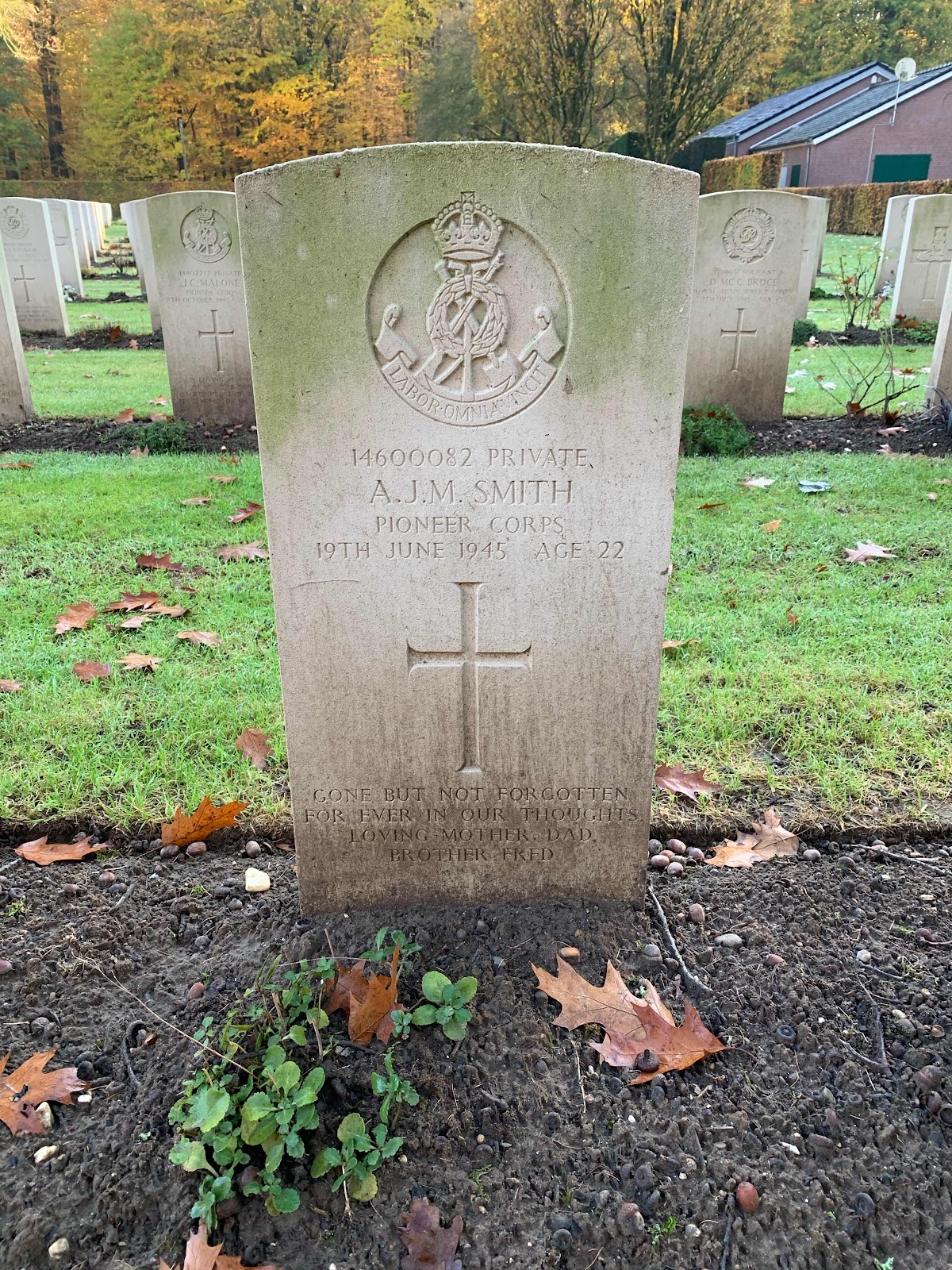 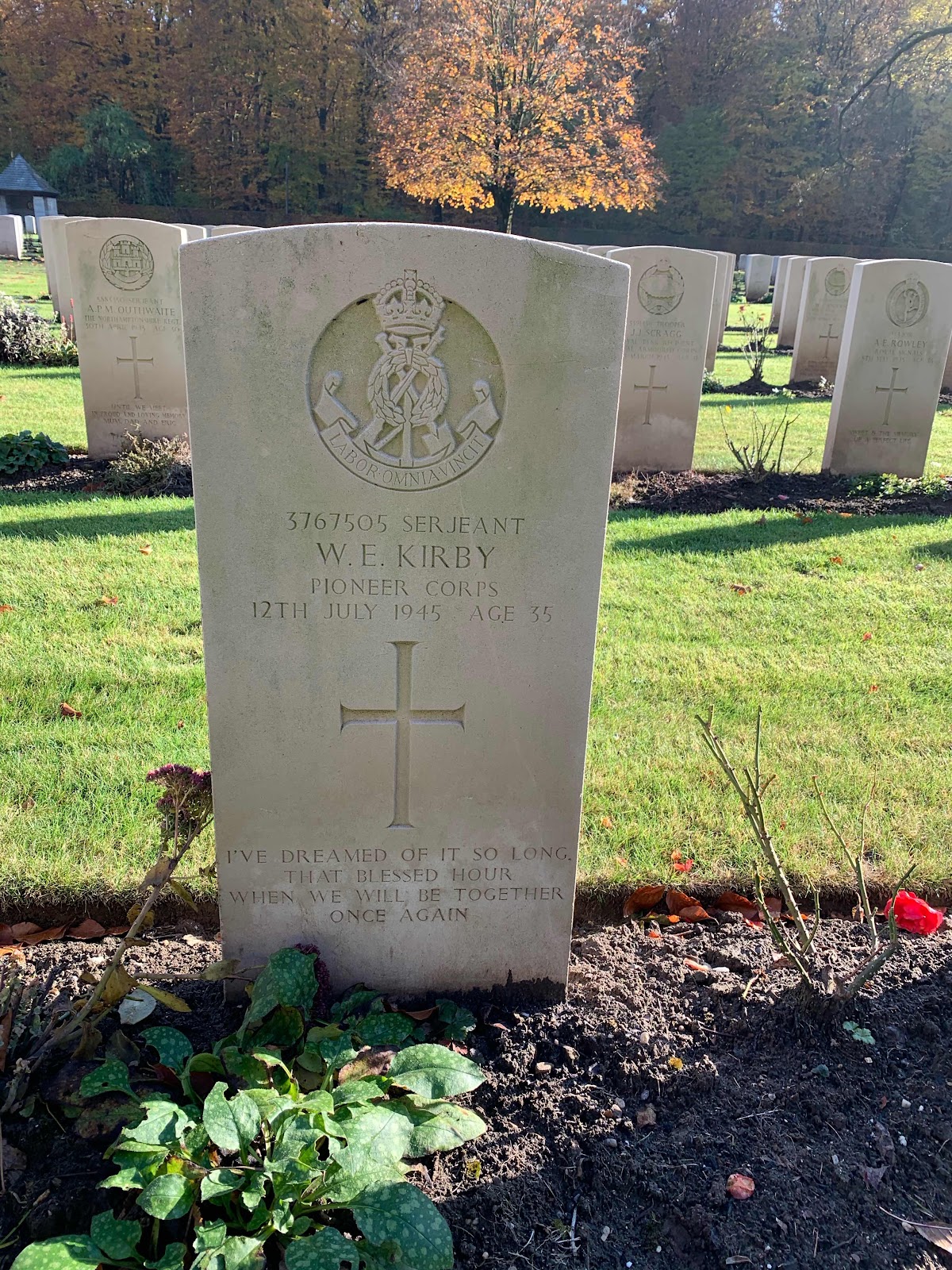 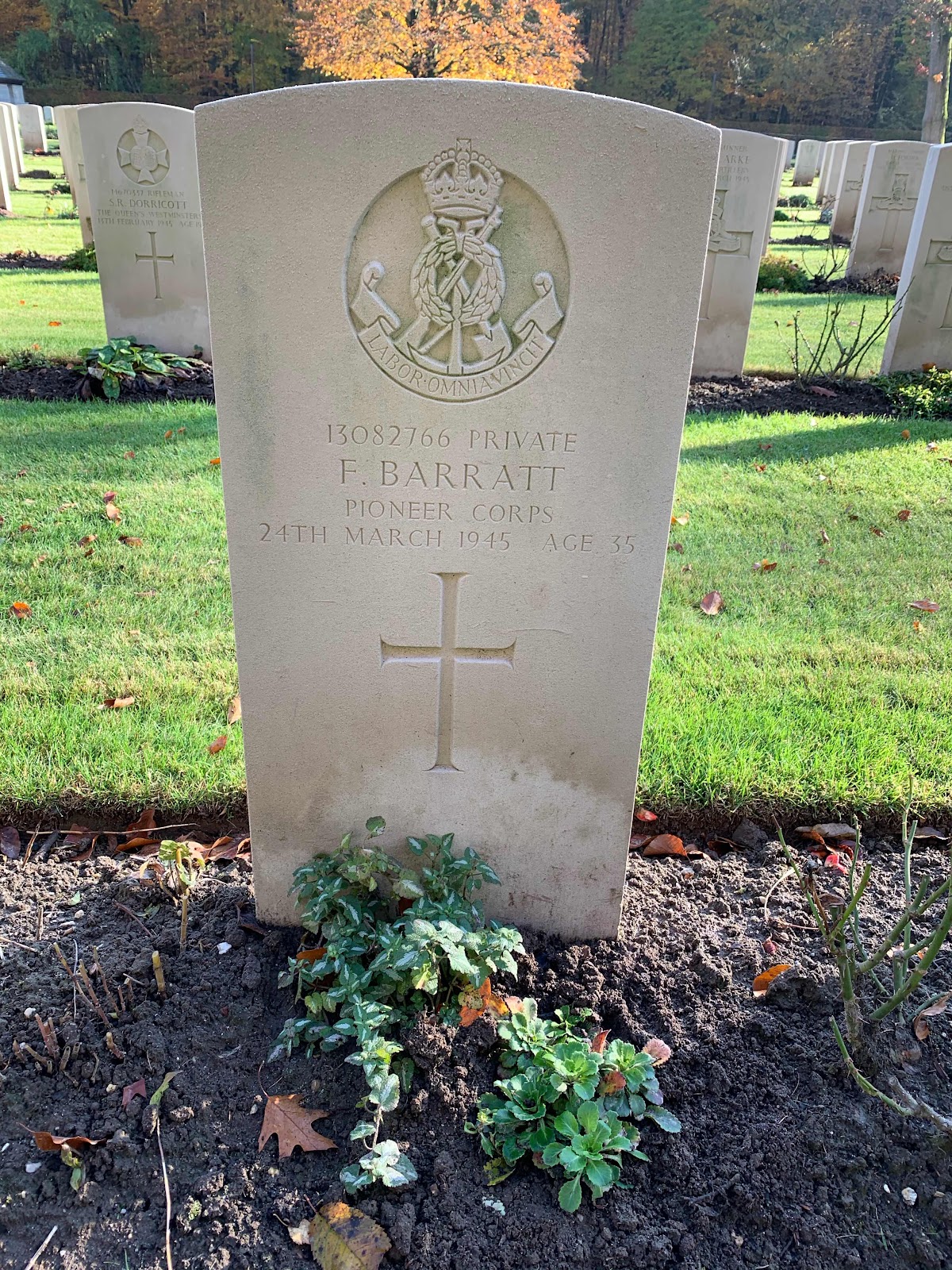 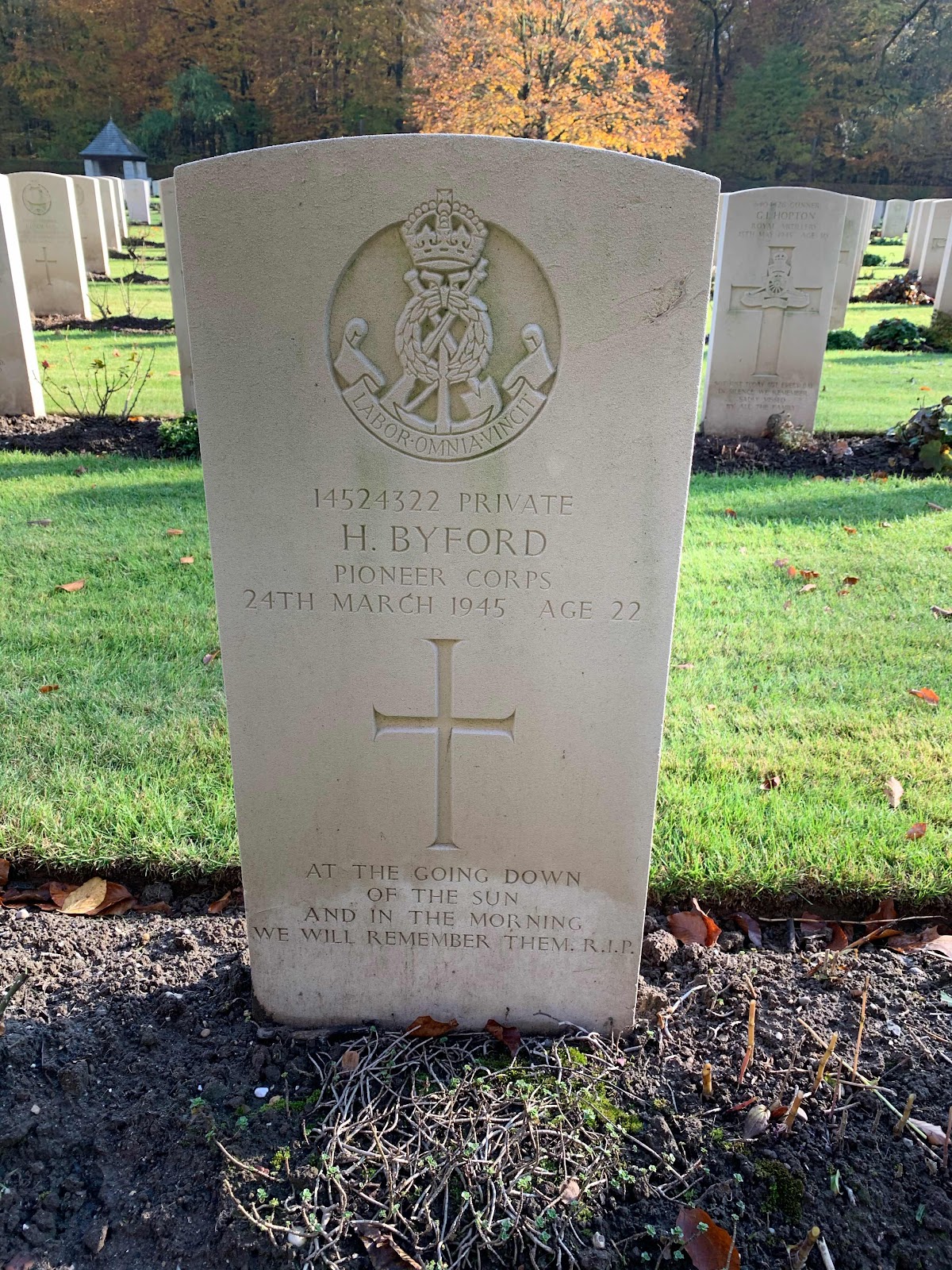 Next year I shall make sure I take a number of the small RBL wooden crosses to mark the graves I visit! 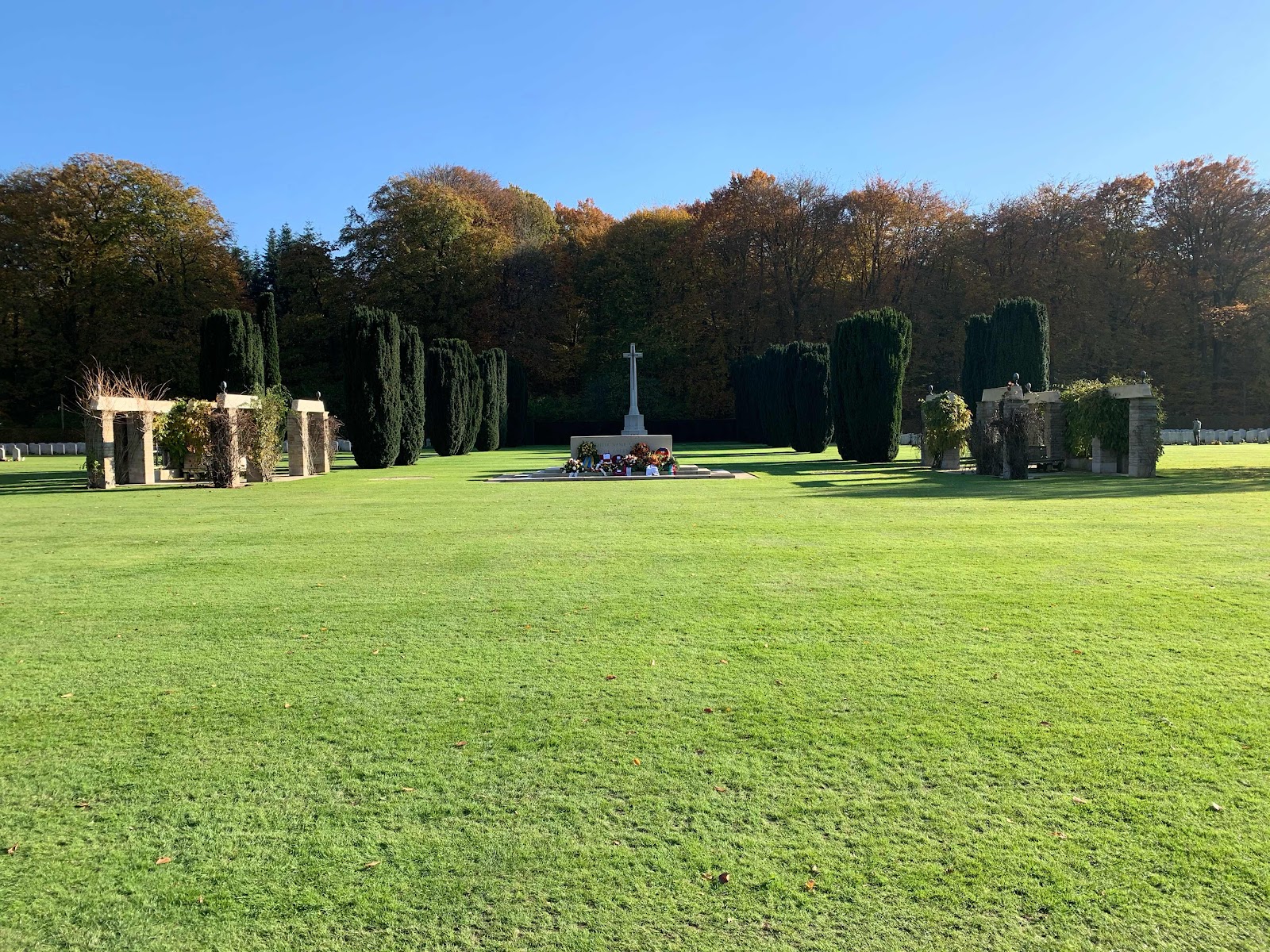 This is how far away I stood during the ceremony and the distance I had to march twice to lay my wreaths!
Guests had been invited to a light lunch in the UK Community Centre following the ceremony and so I now went there. It was in a converted Military Quarter on what had once clearly been the Patch when the RAF had had a large presence in Germany.
Here I was able to have a conversation with the Chaplin Rev Craig Lancaster, who thanked me for my part, so I must presume my voice carried!
I told the organisers that I would return next year to represent the Royal Pioneer Corps and if possible bring a second person to represent the Rheindahlen Branch of the Royal British Legion!
My NAVI took me home this time not going via the Netherlands!
Posted by Alan Tyson-Carter at 18:58 No comments: