A very hot day to Dortmund!

As today, Tuesday,  was going to be a very hot day our two old codgers wanted to be off early. Roy Johnson kindly came in at 07:15 hrs with breakfast bread rolls, Chris had already made the tea.
Outside the Block were a group of Bundeswehr soldiers, they were clearly on a hurry up and wait exercise, for not only were they waiting there long before our two arrived, but were still waiting when they left! Such are the vagaries of a soldiers life!
As we set off it was sunny and warm, but nice for cycling! The route led us suddenly to the Dortmund-Ems Canal! 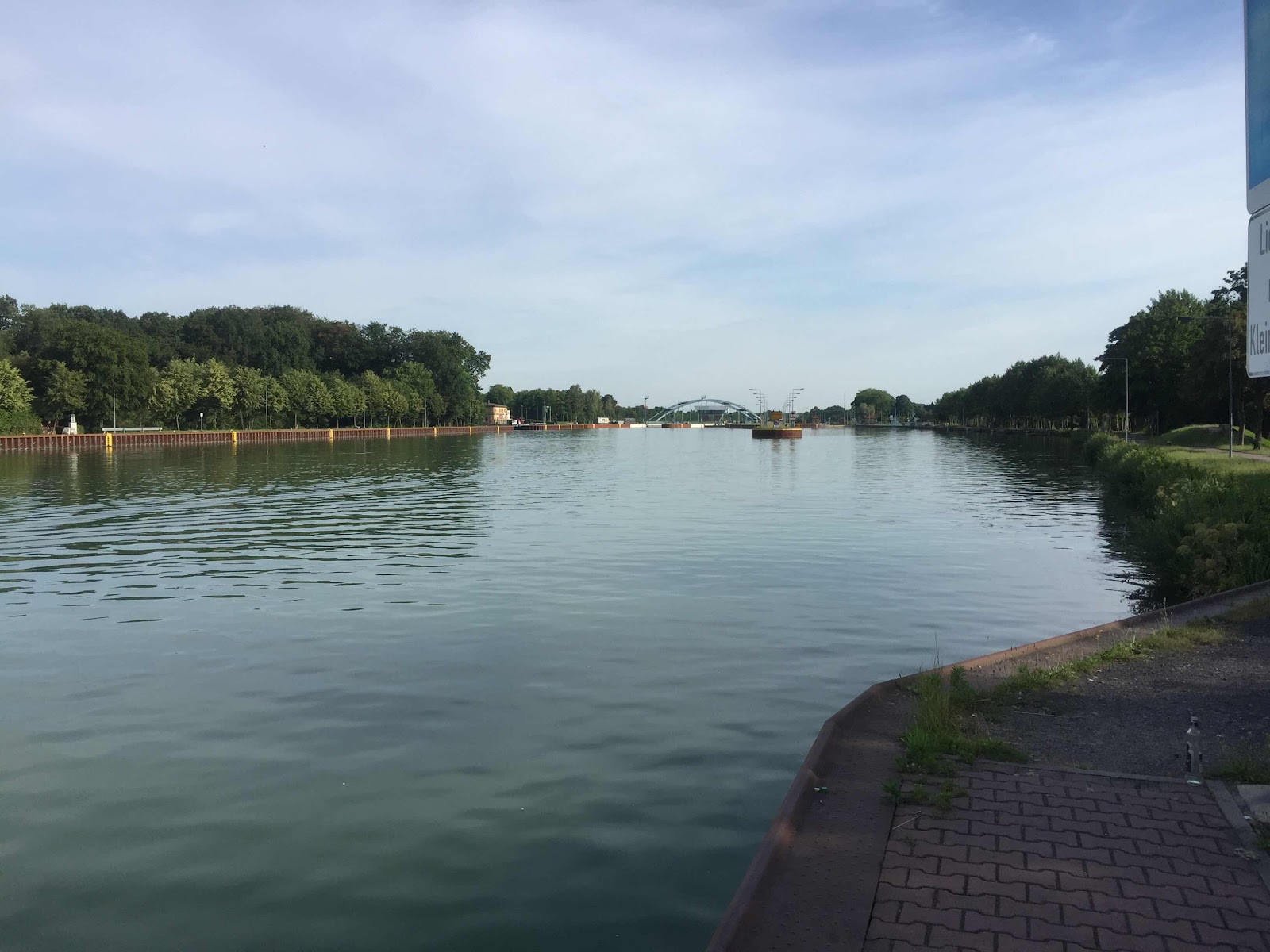 This was a surprise and it was nice following it for awhile! 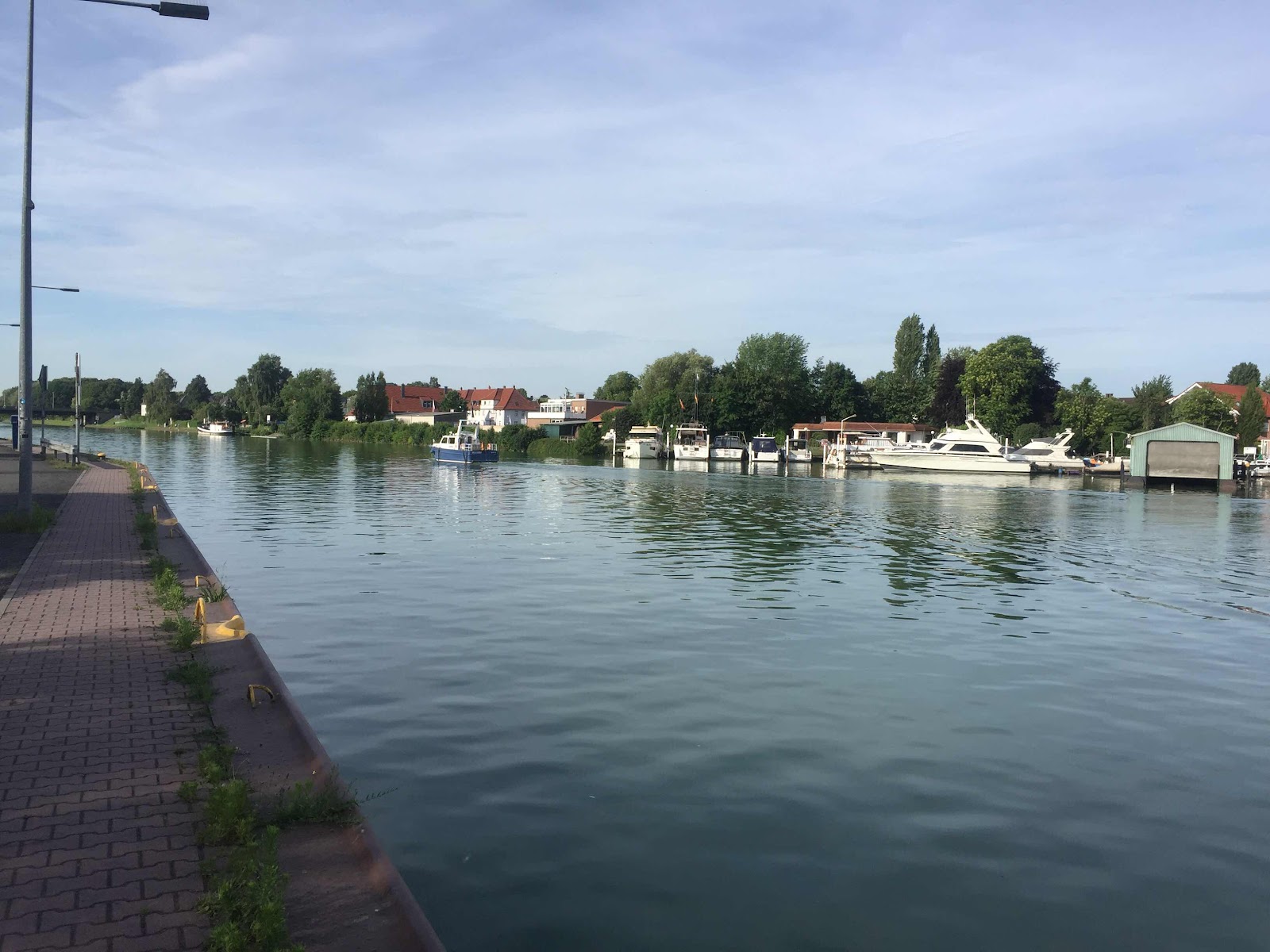 Our BBF would have followed it all the way if he could, but that would take ages as it twisted and turned on its way to Dortmund. 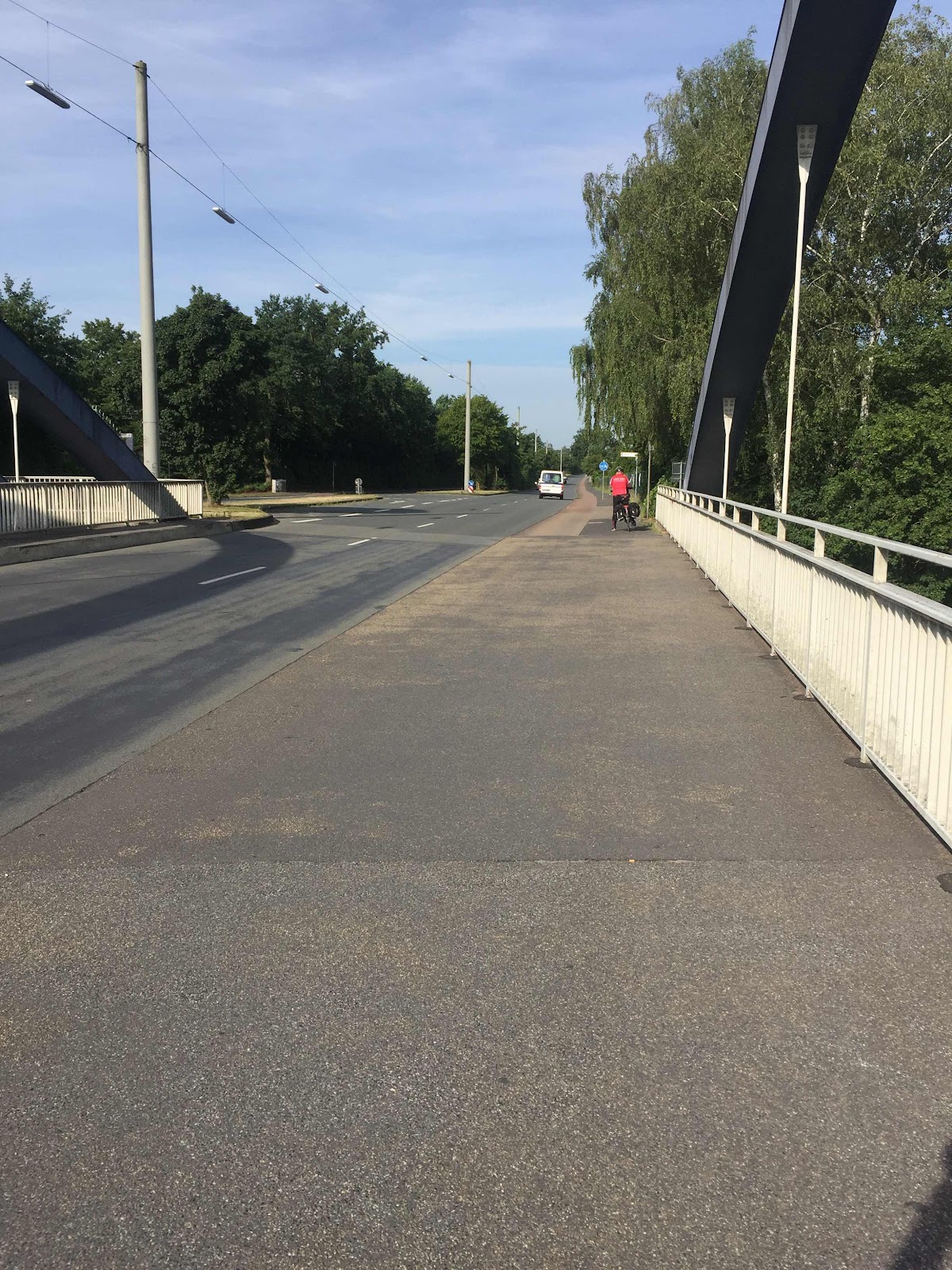 We left it and crossed over it at least twice which just proved we were going the shorter way. 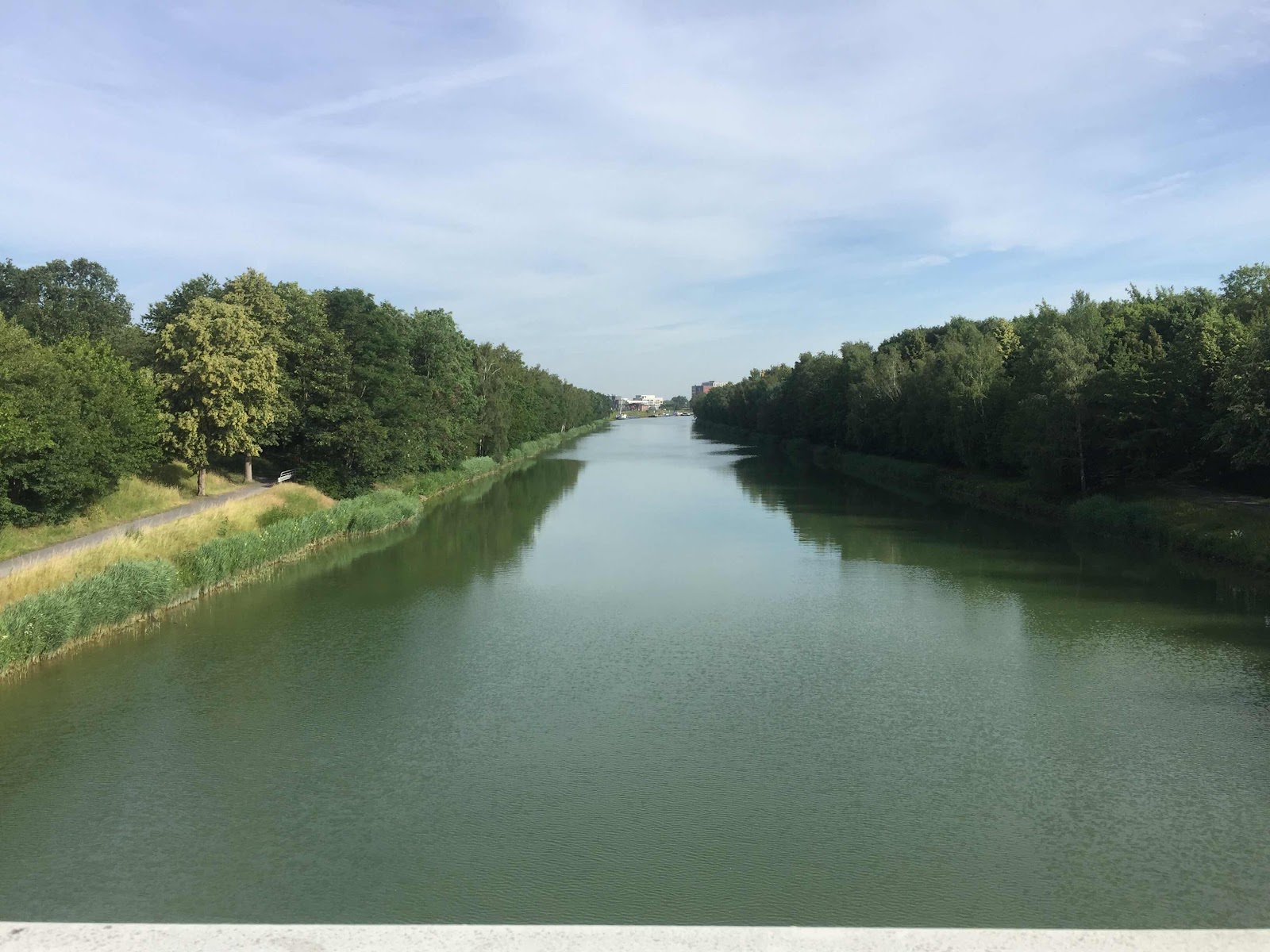 And then we were out in the country following small country lanes and roads with little traffic. 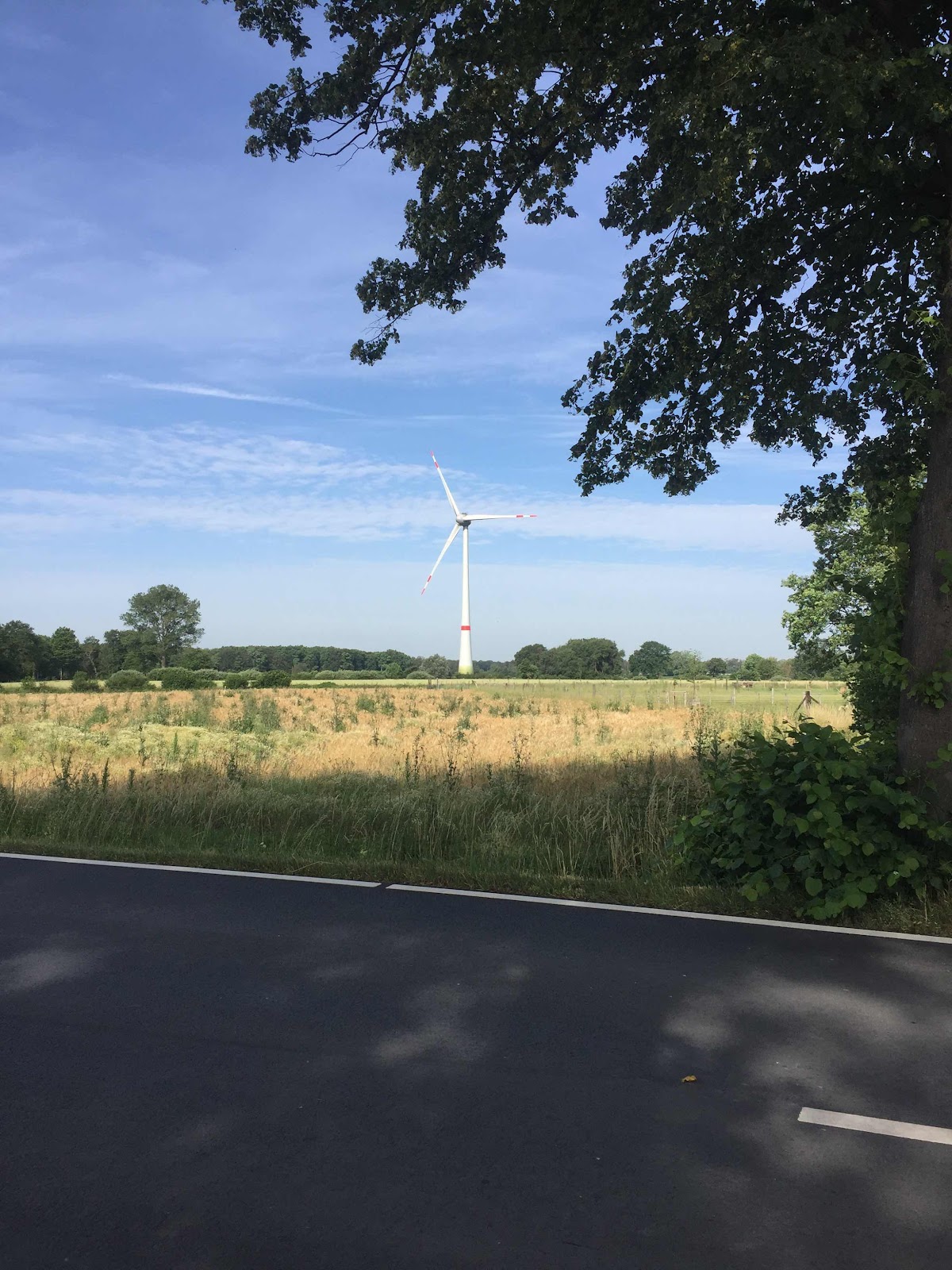 We stopped frequently to drink and as it got hotter we did it every five kilometres! This kept the humans hydrated and consequently in good spirits! 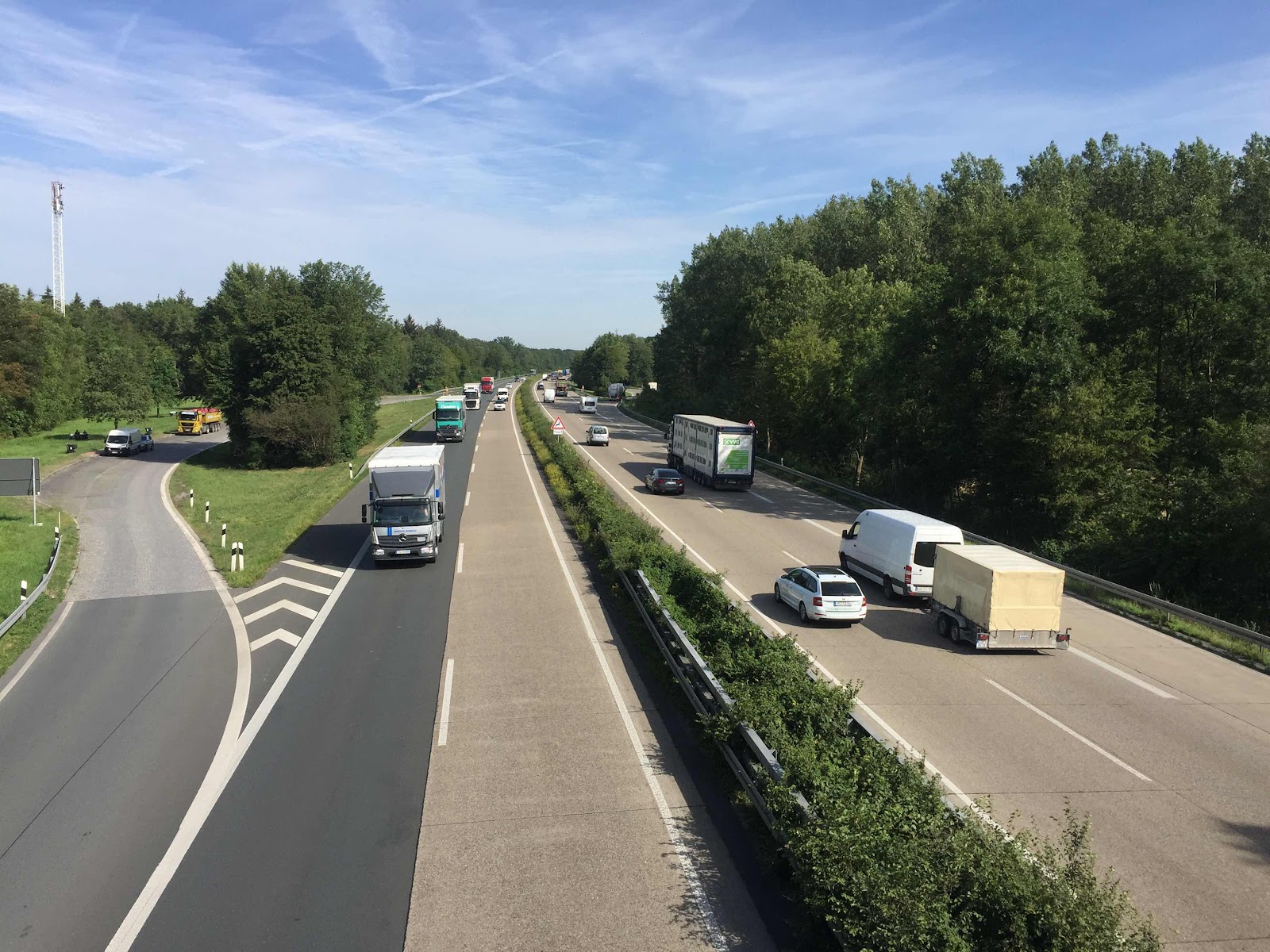 We crossed the Autobahn Eins by what Chris said was a notorious hot spot where accidents often happen! Yesterday we had seen warning signs for the Oak Processionary Caterpillar! Now we found more warnings and the deadly beasts themselves! 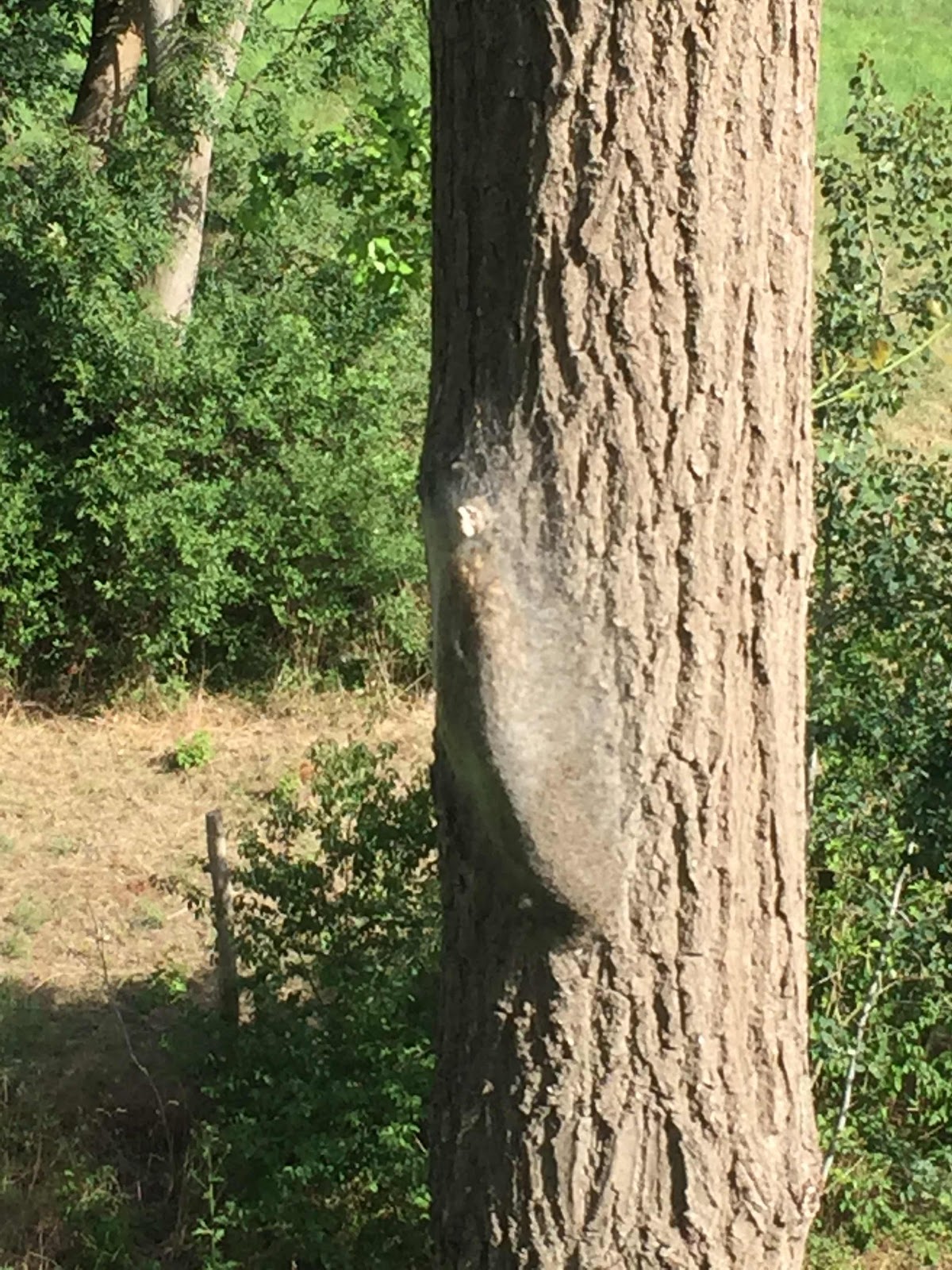 We cycled now through forests and they were all infected! 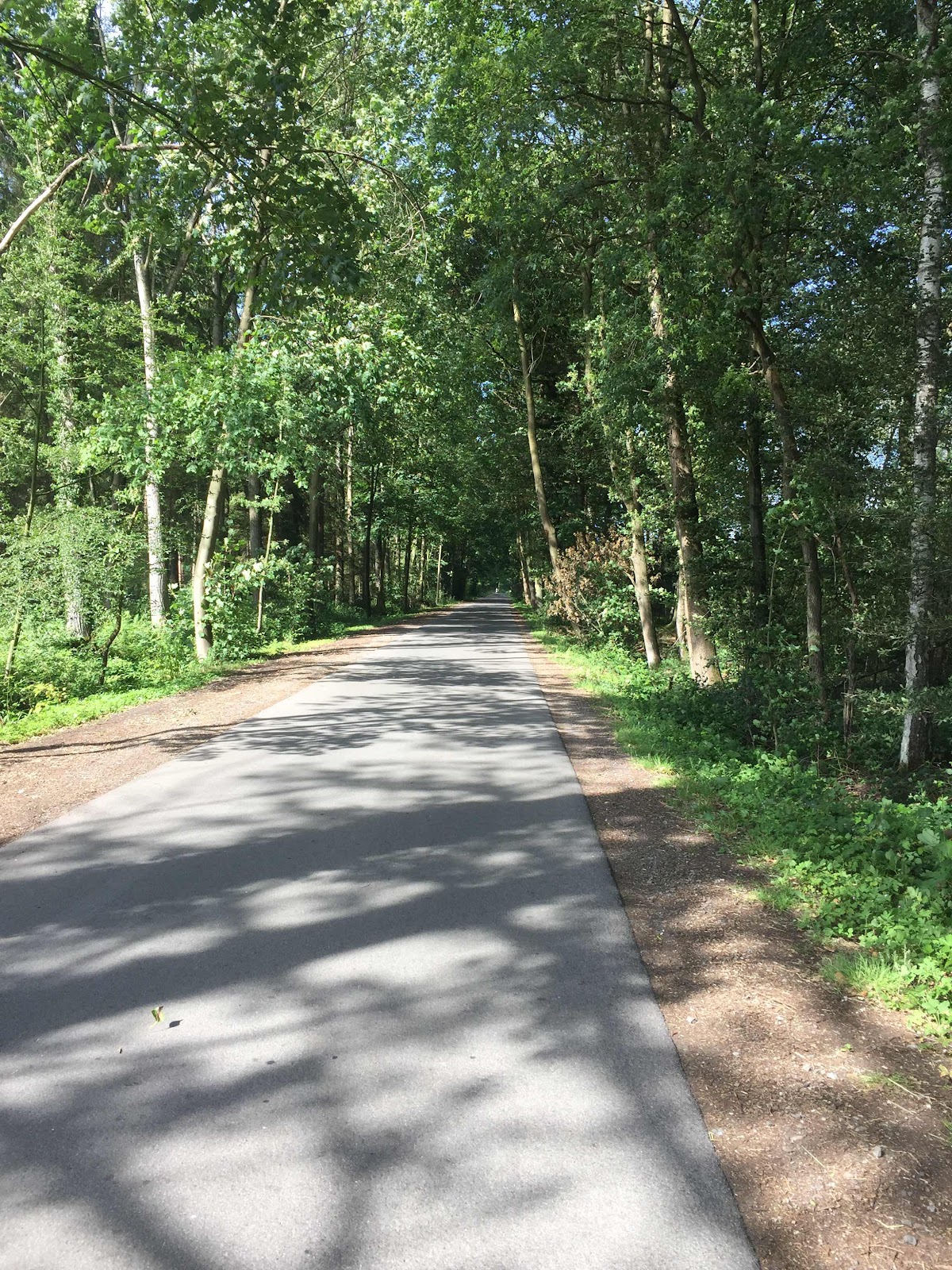 It was a nice ride away from traffic and we Bears really enjoyed the journey as we did not have to exert ourselves much! 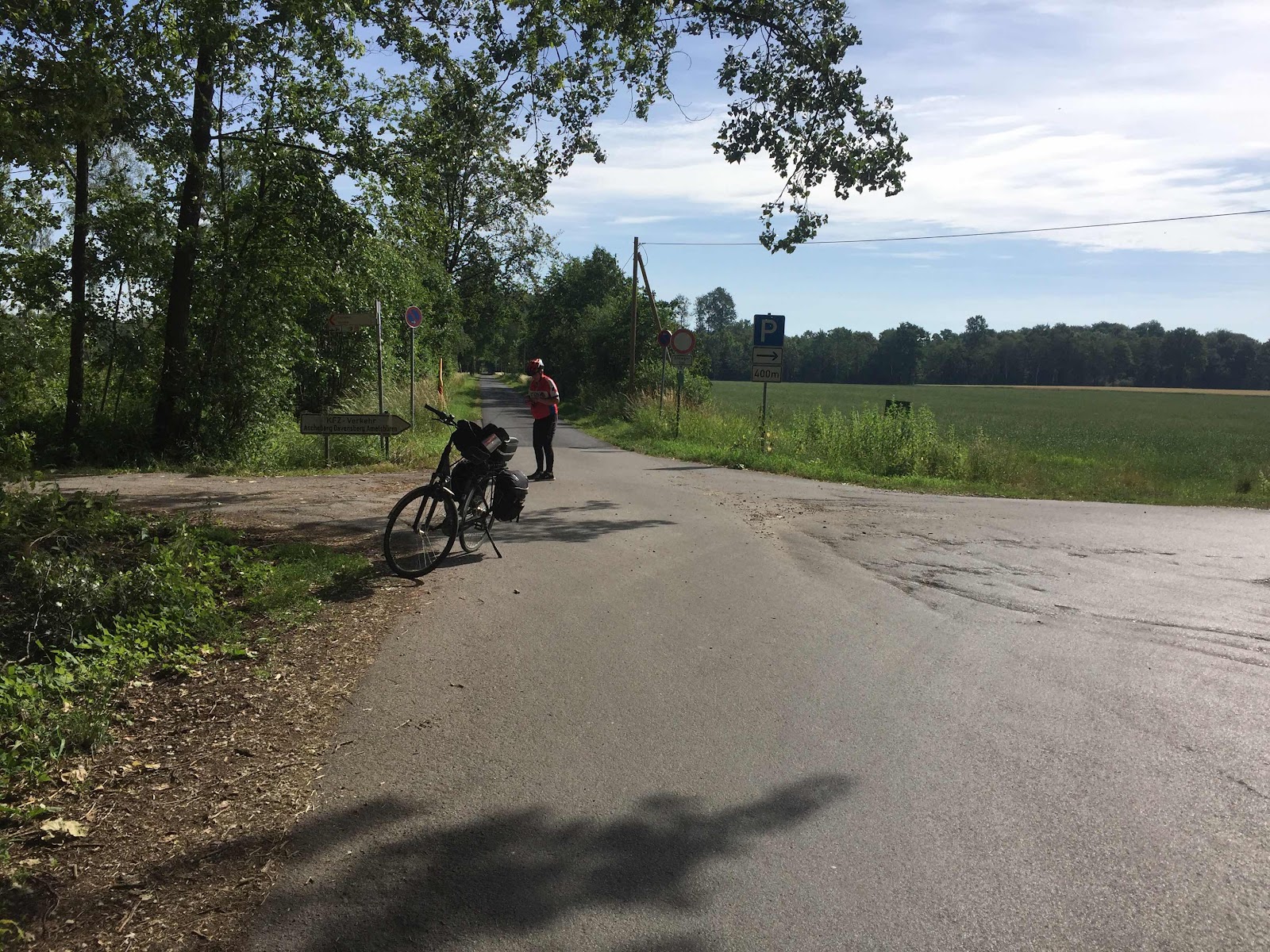 The humans seemed to enjoy the journey too, stopping occasionally to take photos that interested them. 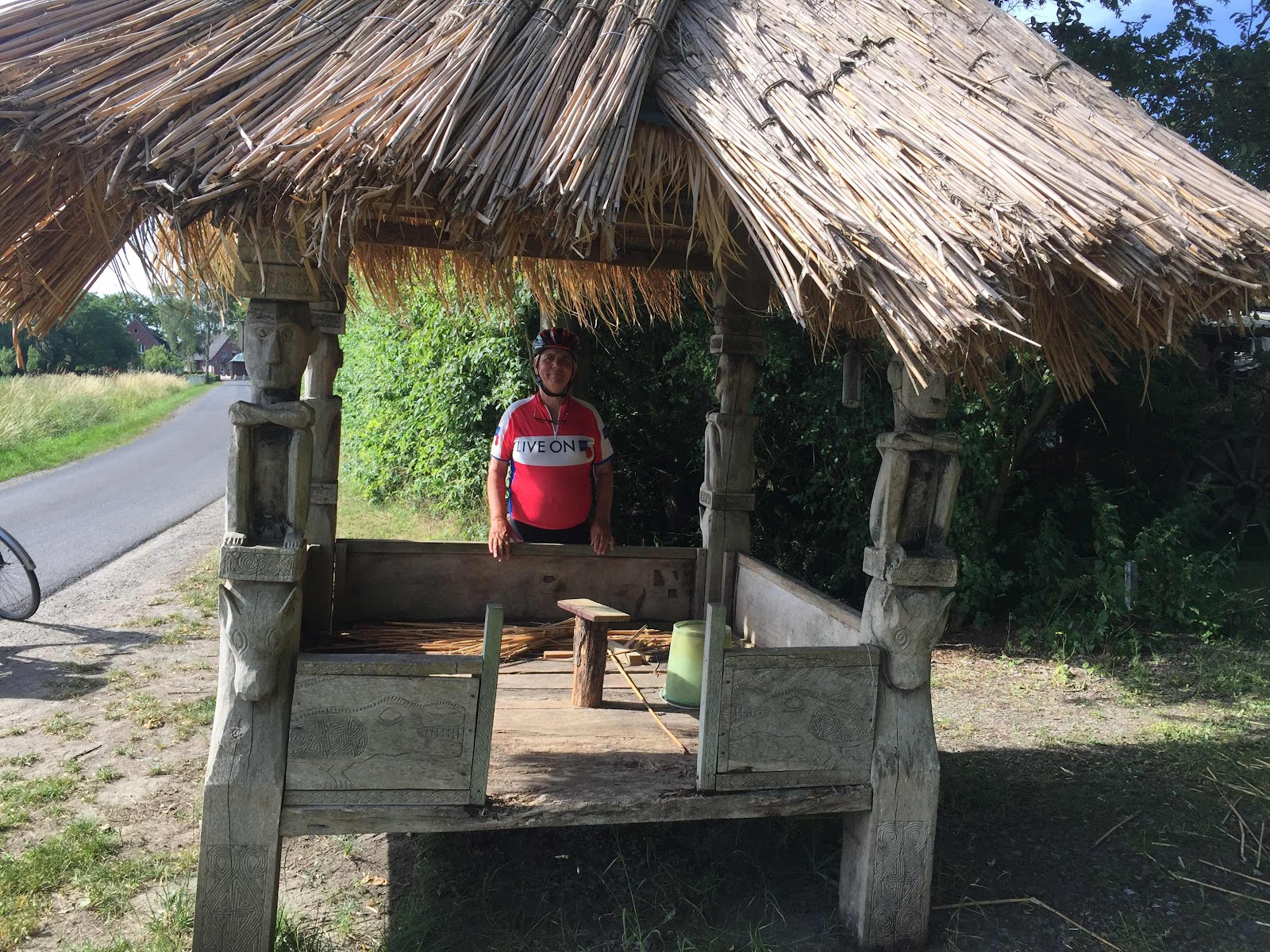 These huts were at a place that advertised mud dwellings! Were these carvings African in origin? We did not know and there was no one to ask. 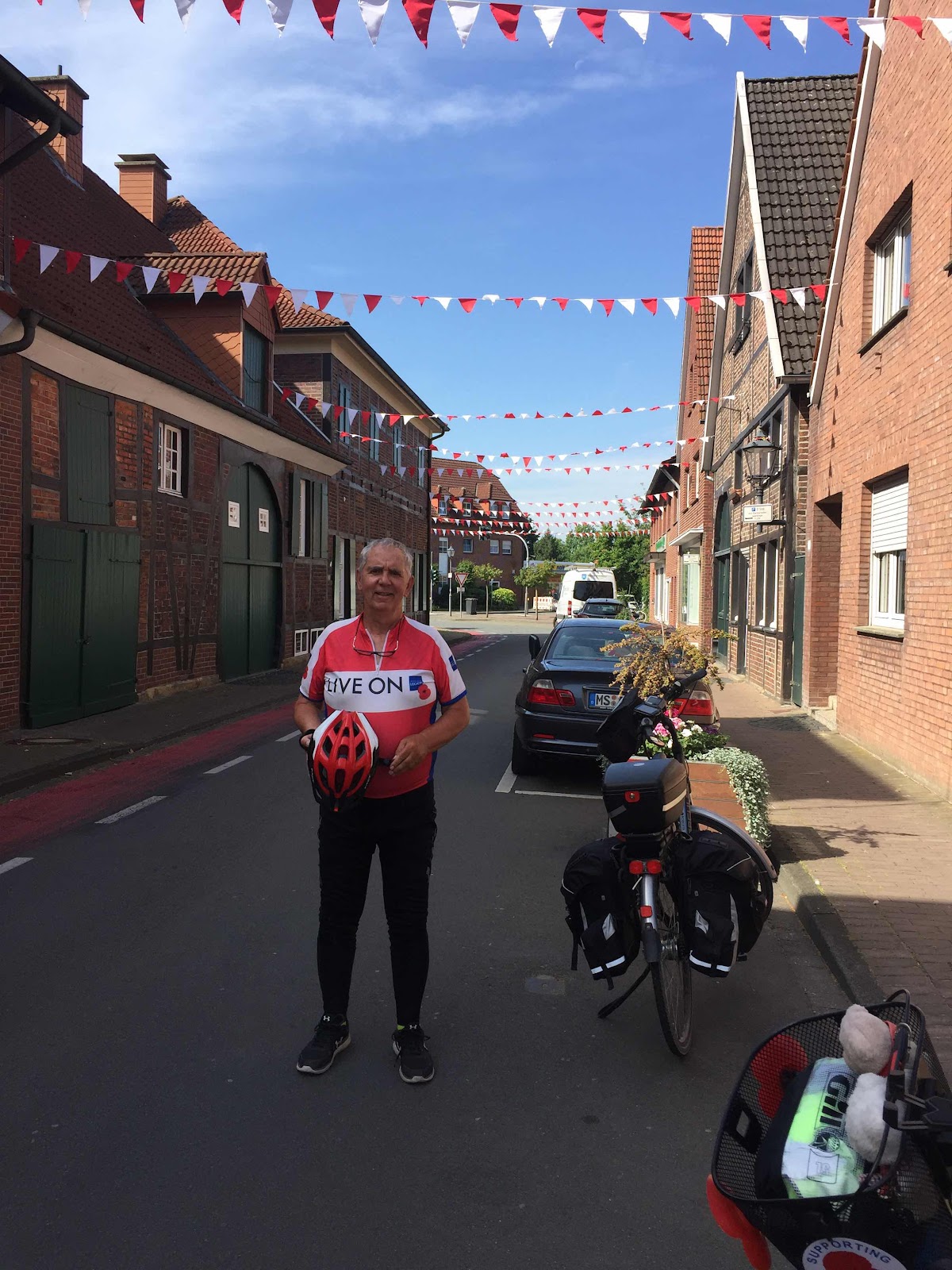 One village we went through had even taken the trouble to decorate their streets in the appropriate colours for us! 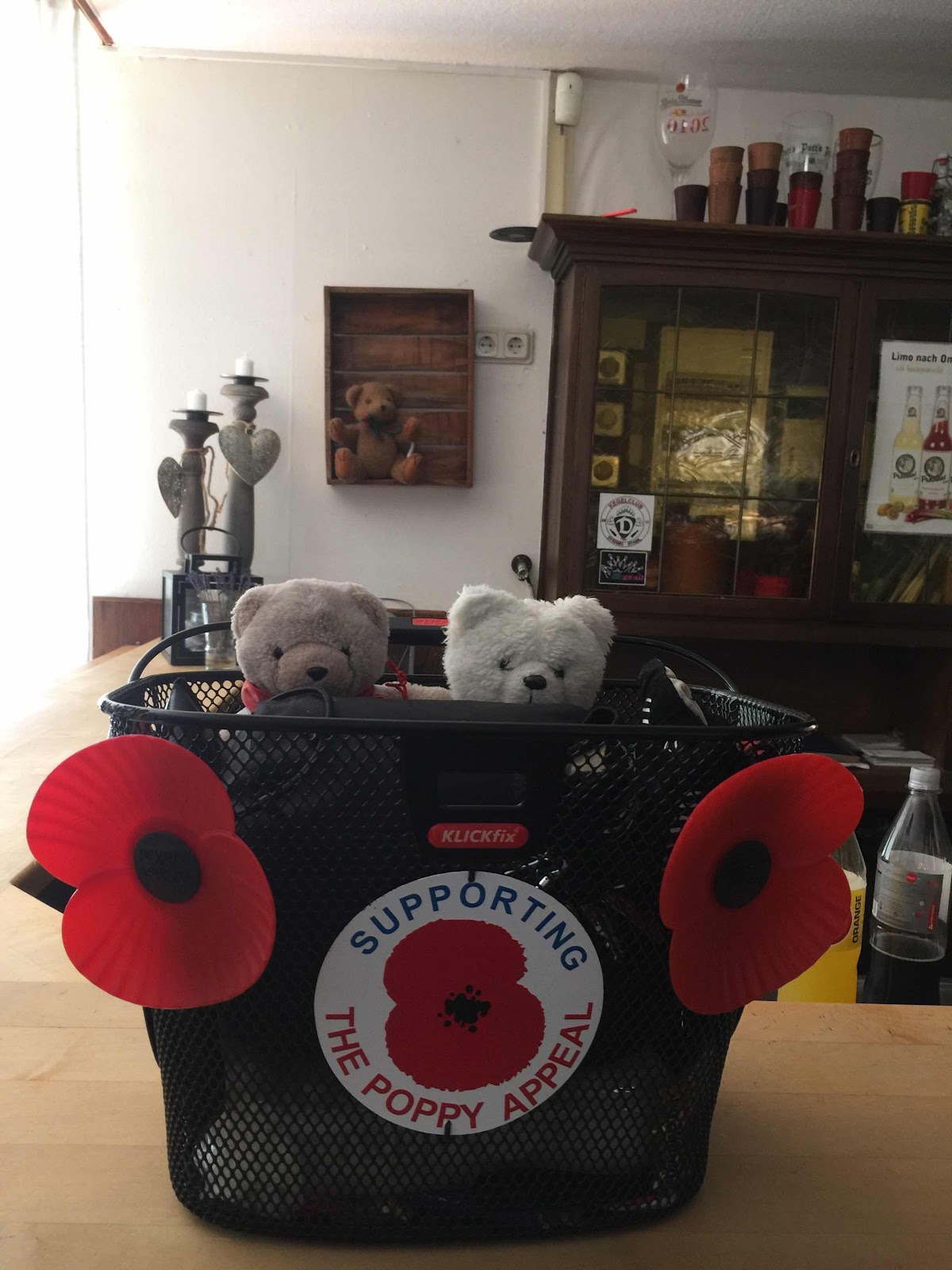 We stopped for a large isotonic drink and found a bear in the pub! 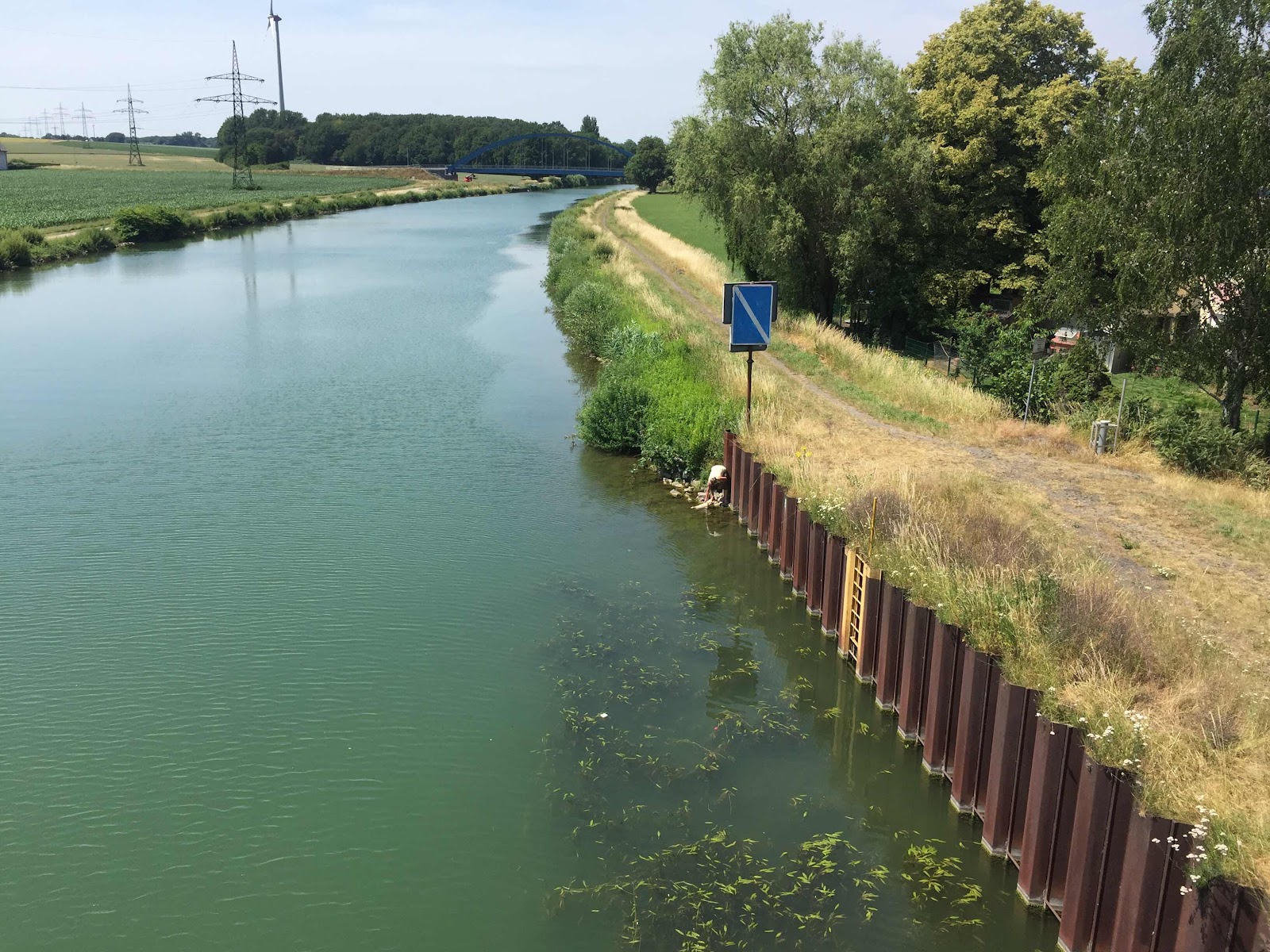 A canal was crossed again and we felt like joining the dog cooling off in the water, but it was a case of mad dogs and Englishmen who cycle in the mid day sun! 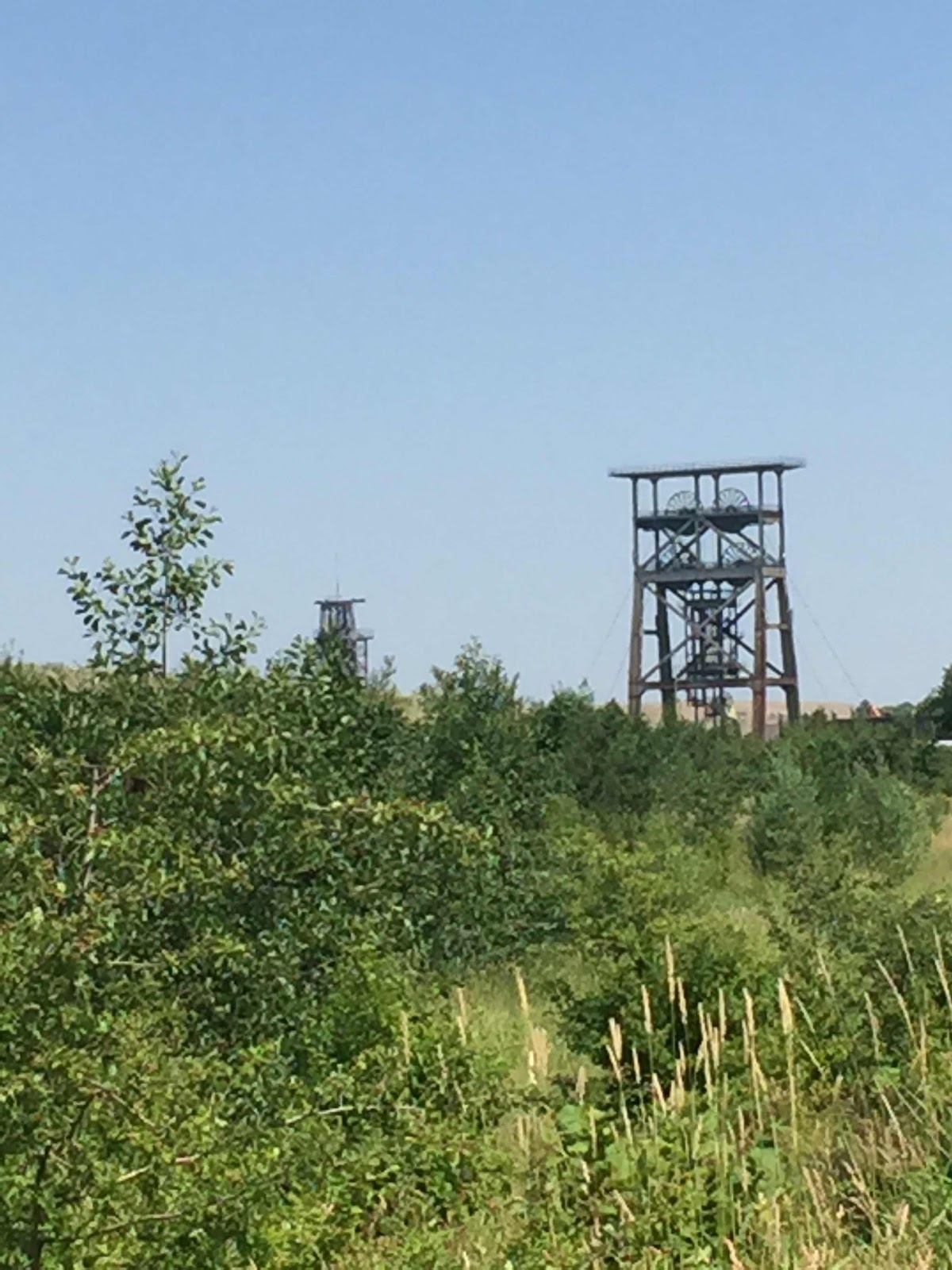 On our journey to the Dortmund Branch we hardly saw the city as such, but knew we were close when we saw these Coal Mine towers.
Now we did reach roads with more traffic and suddenly we arrived! Alan’s iPhone now over heated again so he turned it off. Michael the Chairman who met us took photos as did Chris. When we have them we will amend the blog! 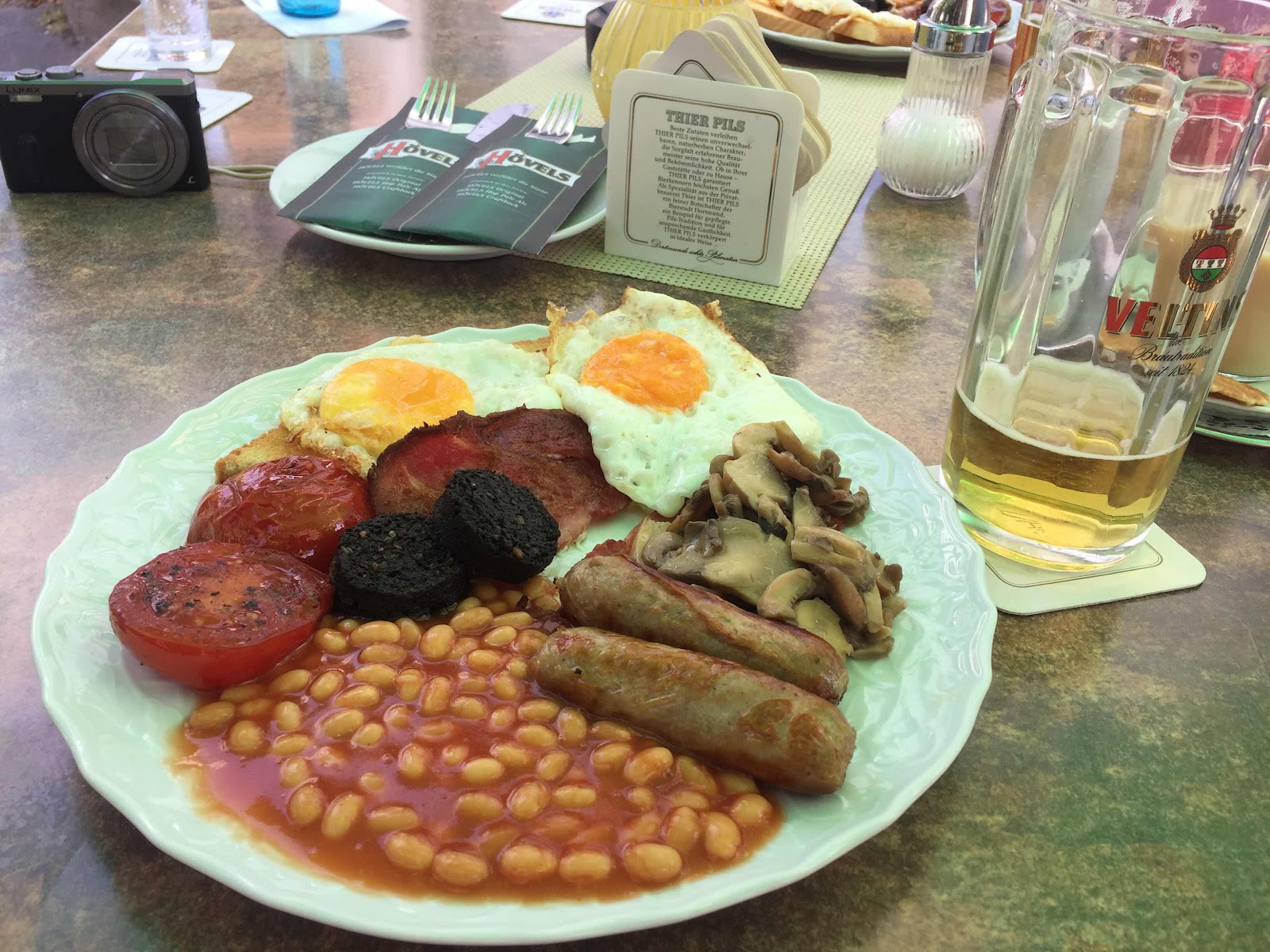 Large isotonic drinks were downed and a full English breakfast was eaten! Domenic, the local RBL Branch secretary had cooked the breakfast. Phillip a member of the branch was also there to great us.
When our cyclists had eaten and drunk their fill, Michael presented them with official Dortmund T-shirts and a key ring. He also made a generous donation to our Poppy Appeal! More official photos were taken, none of which we have as Alan’s phone wouldn’t work! When we have them we will add them to this blog.
We then made our way to our accommodation in the Youth Hostel in the centre of town.
Tomorrow we visit Hemer the next to last Branch before Rheindahlen!