Ferry across the Elbe 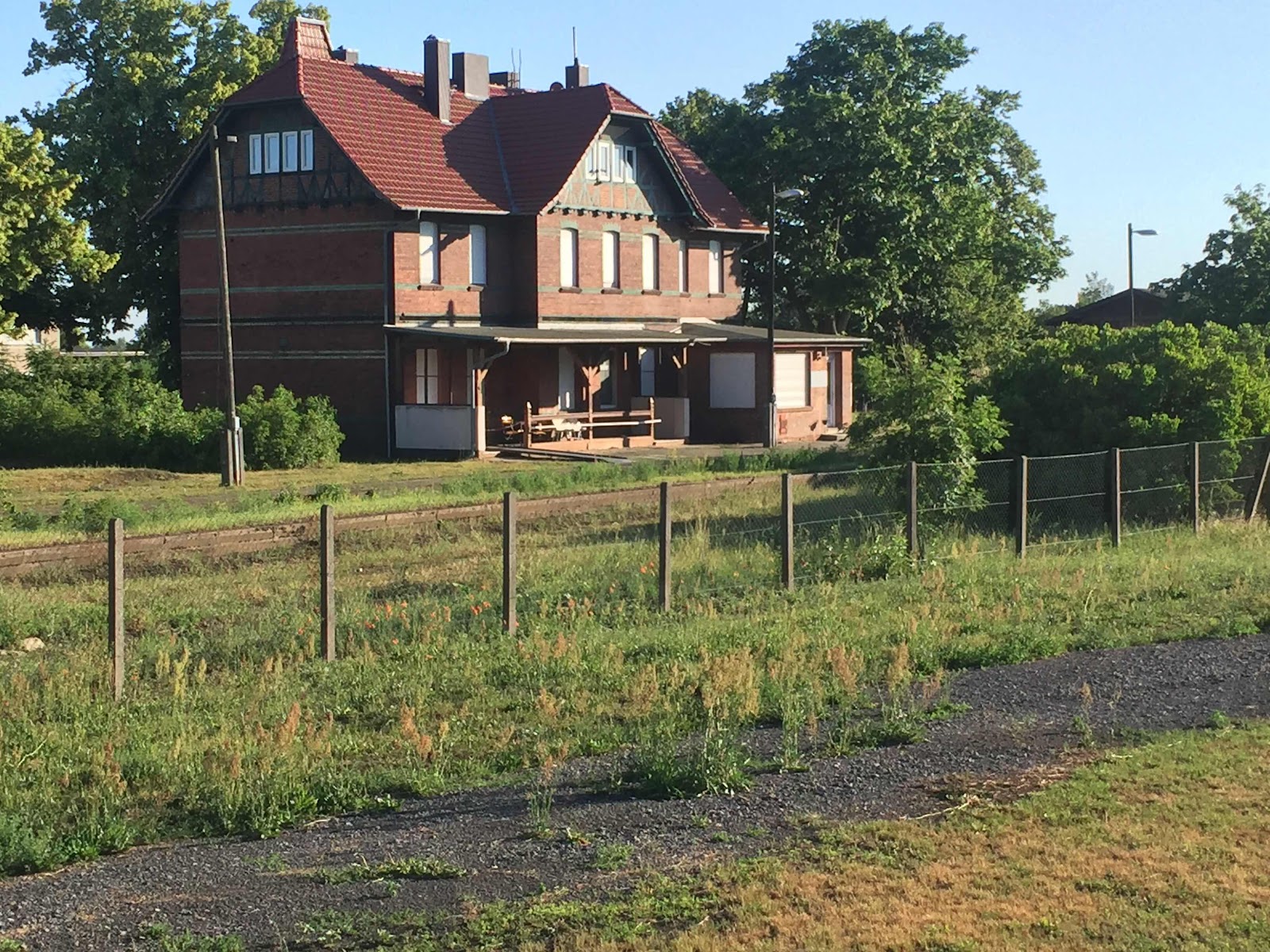 The accommodation in our former Railway Station is to be recommended. Mind you we are in the middle of nowhere and we’re it not for the petrol station opposite where the isotonic drinks came from we would be lost.
Our two humans were up early and keen to be off, but now we had the first problem they could not get the door to where the bikes were kept open! Each human tried, but it seemed as if the door was bolted from the inside at the top!
They decided to visit the Café in the petrol station to have breakfast! That done when they returned there were two women who had locked the door loading their car! Now they could get started.
After the thunderstorms of last night the day was sunny and promised to get hot.
The route took us across the flood plains of the Elbe River and the scenery was lovely. If you want to see the stars this is the place to come, for there would be no ambient light from streets and buildings! 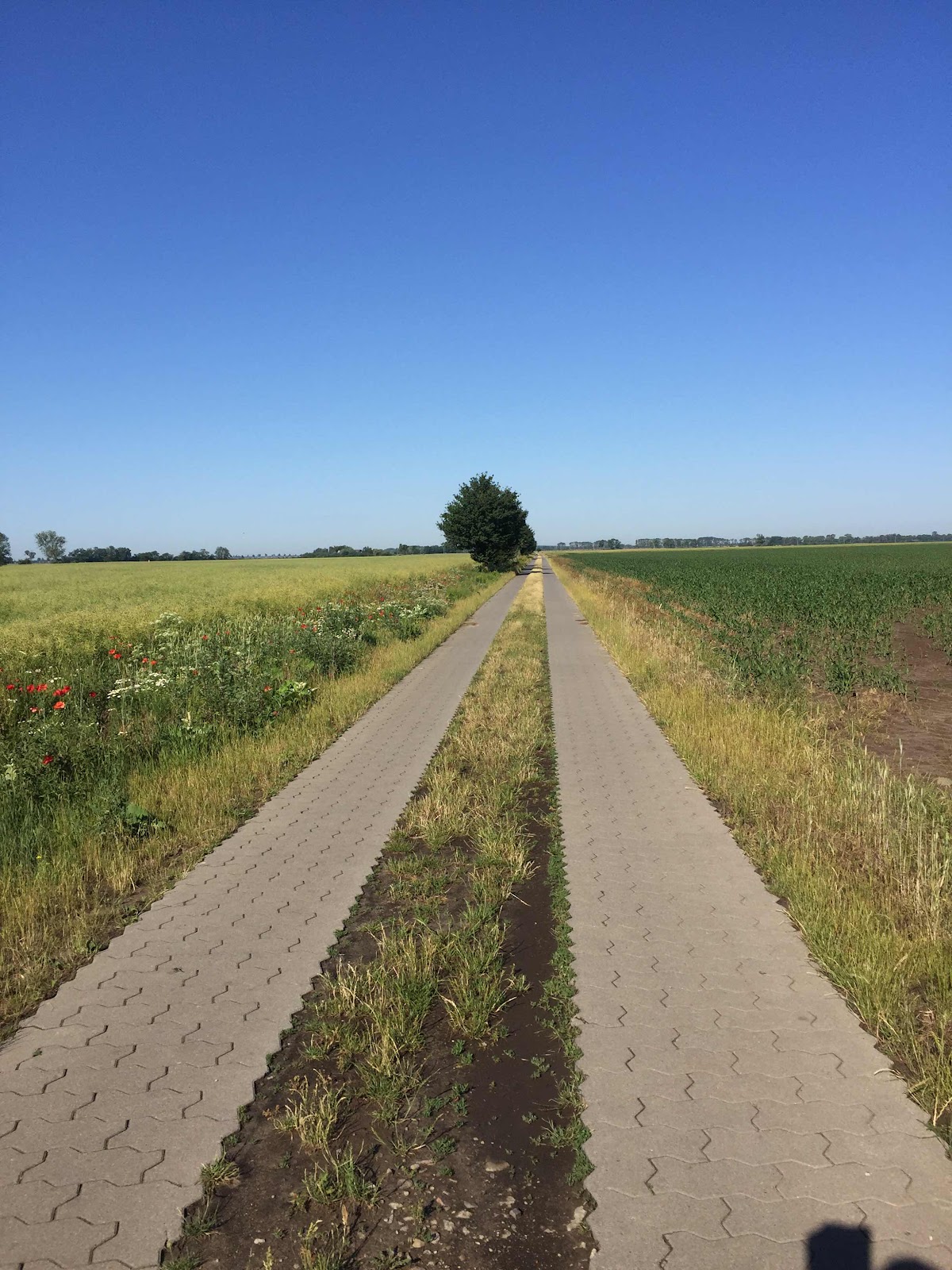 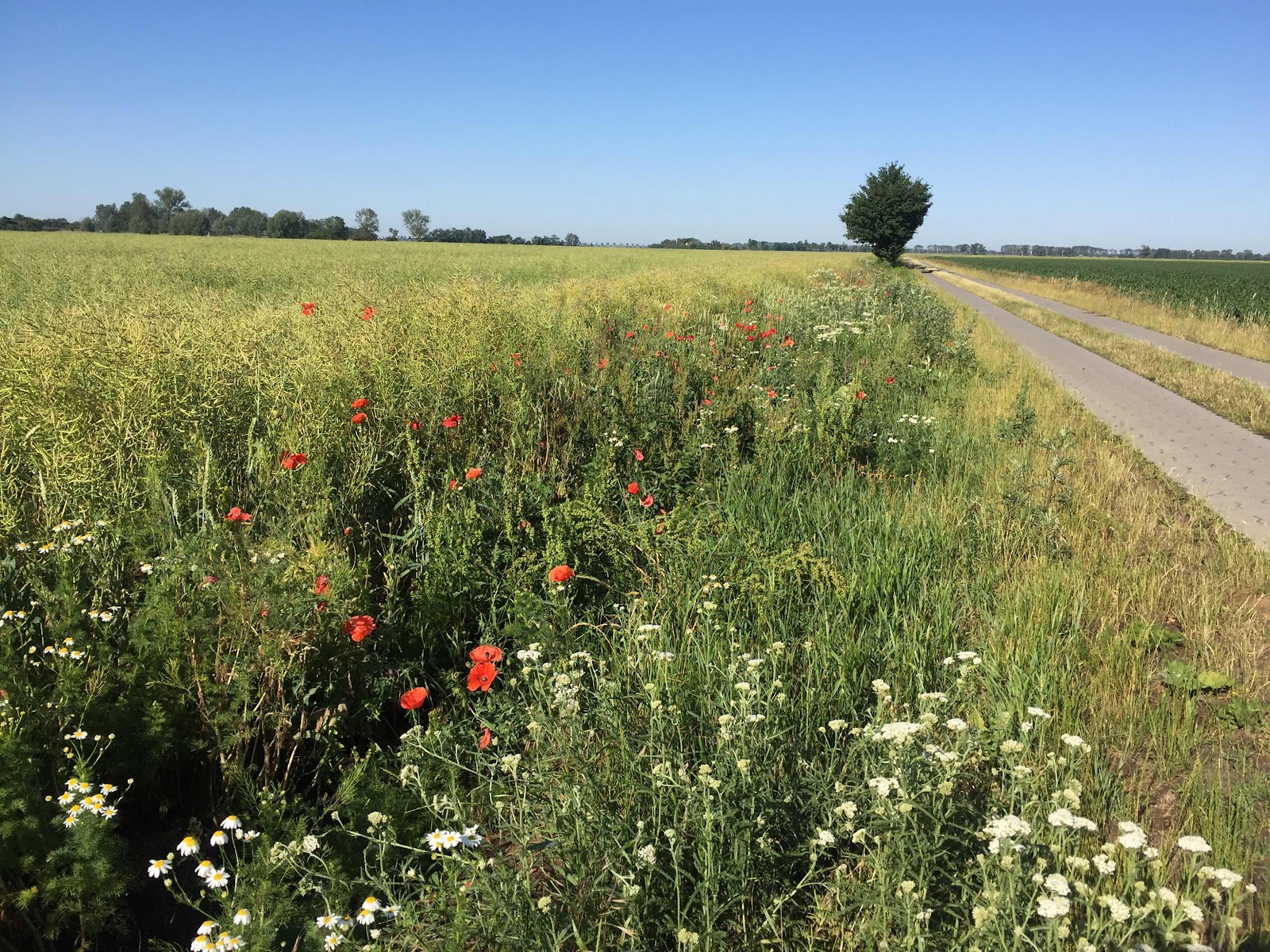 The Boys made good progress over these paths, until they got to the banks of the Elbe where the road was a bone shaker of an old cobblestone road! 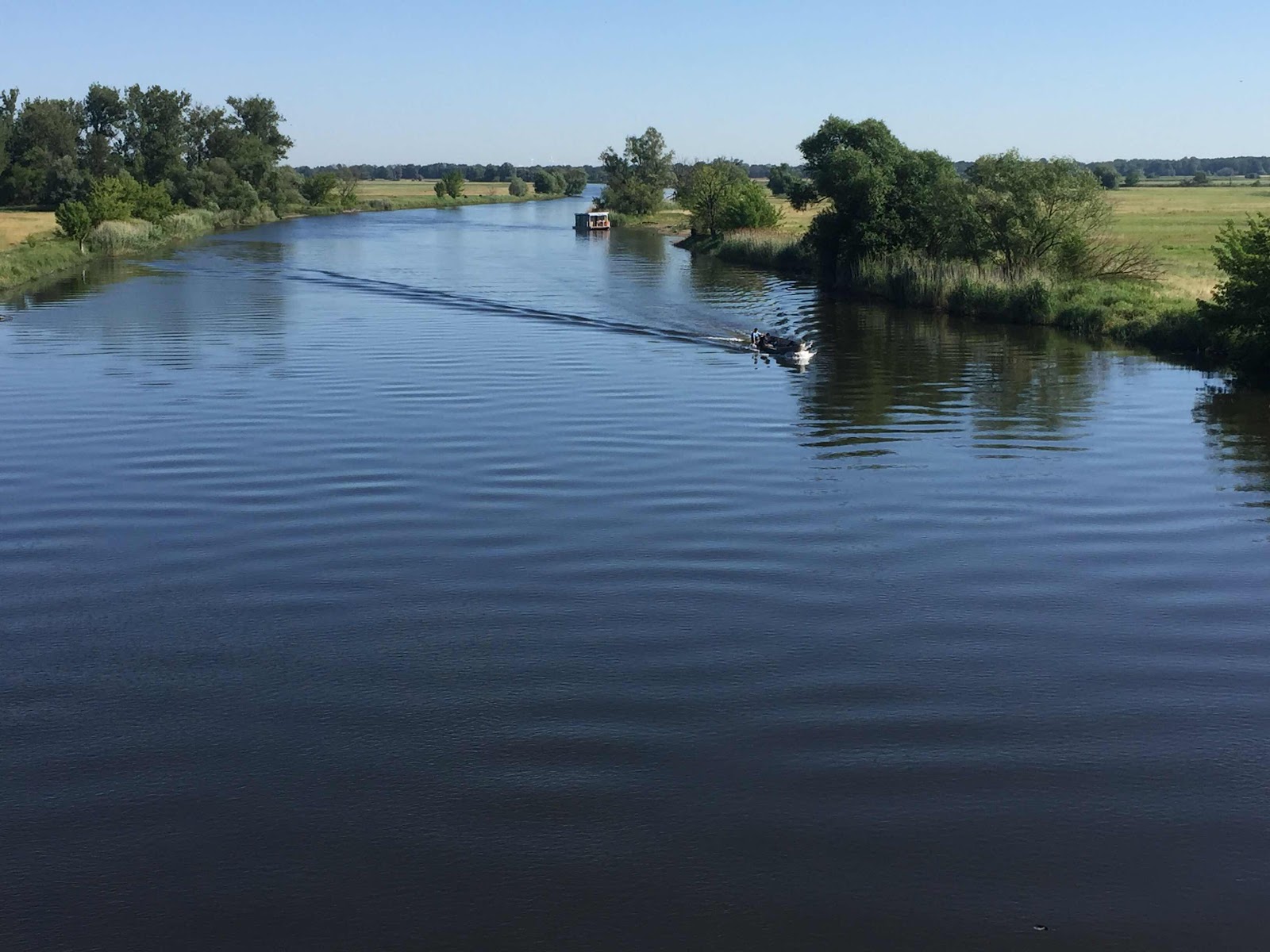 But first we crossed the Havel and as you can see the country side is beautiful. 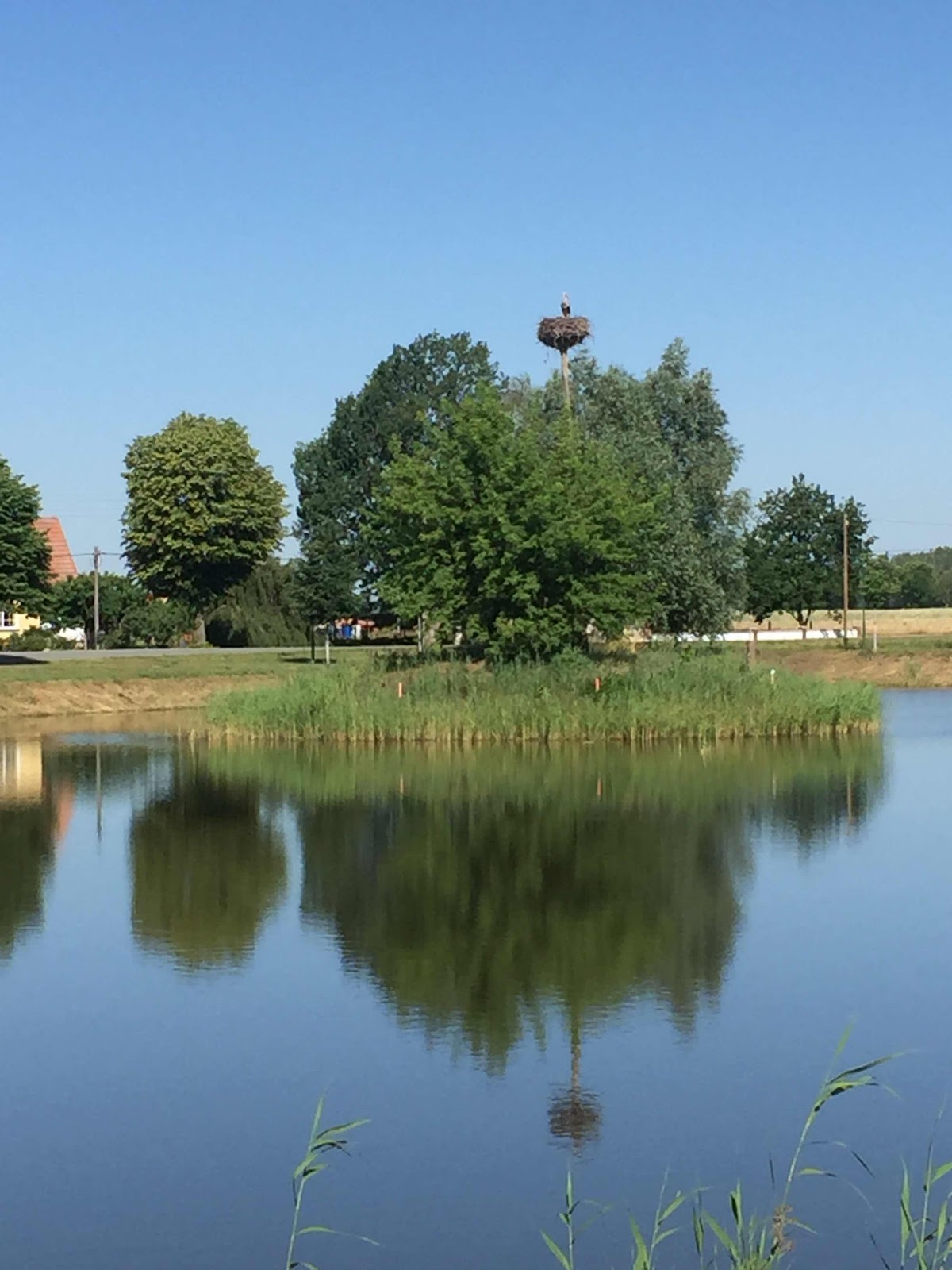 Storks there were aplenty! From here we followed the dyke and the Elbe Radweg! 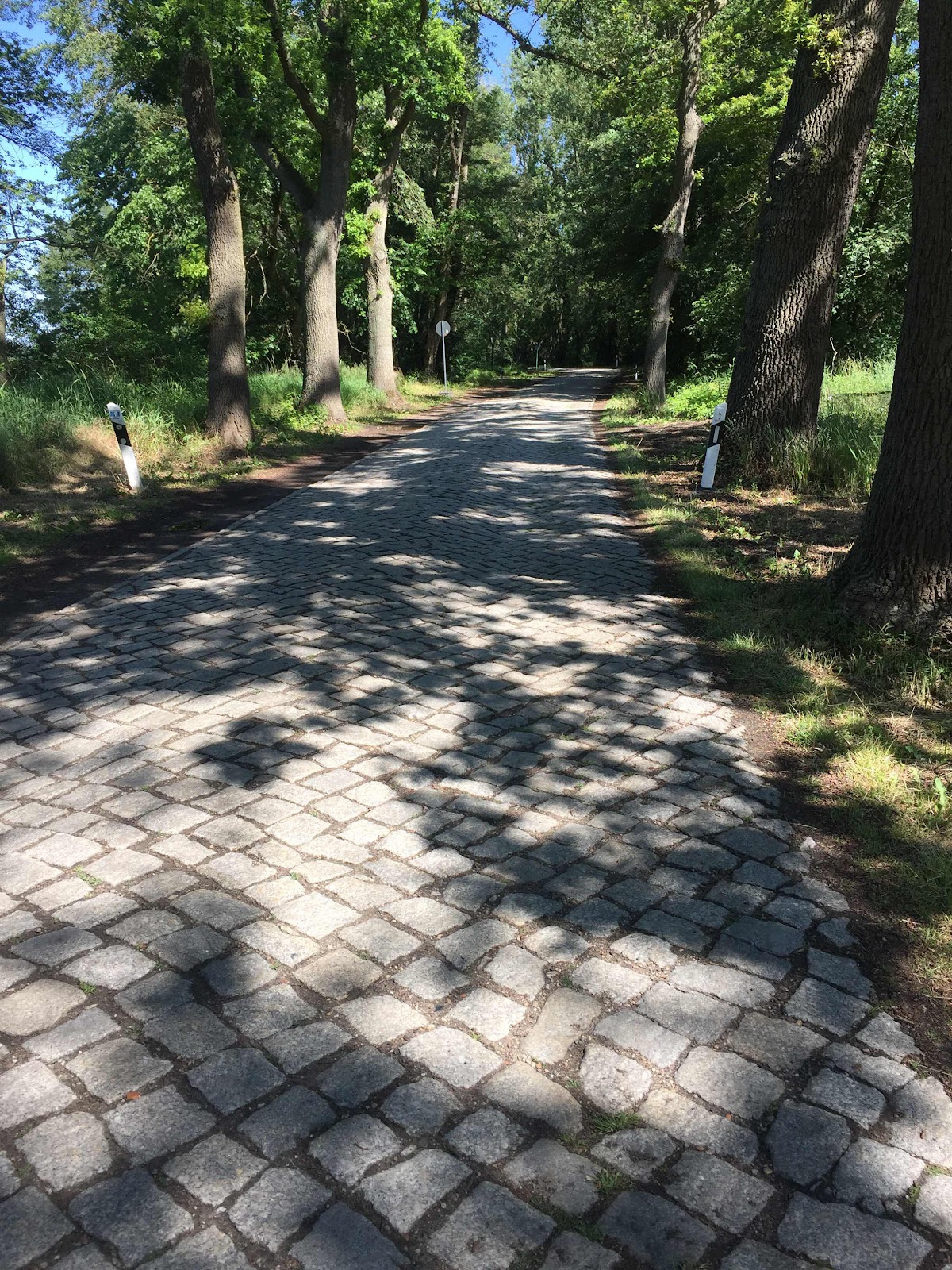 And then the bone shaker road to the ferry. 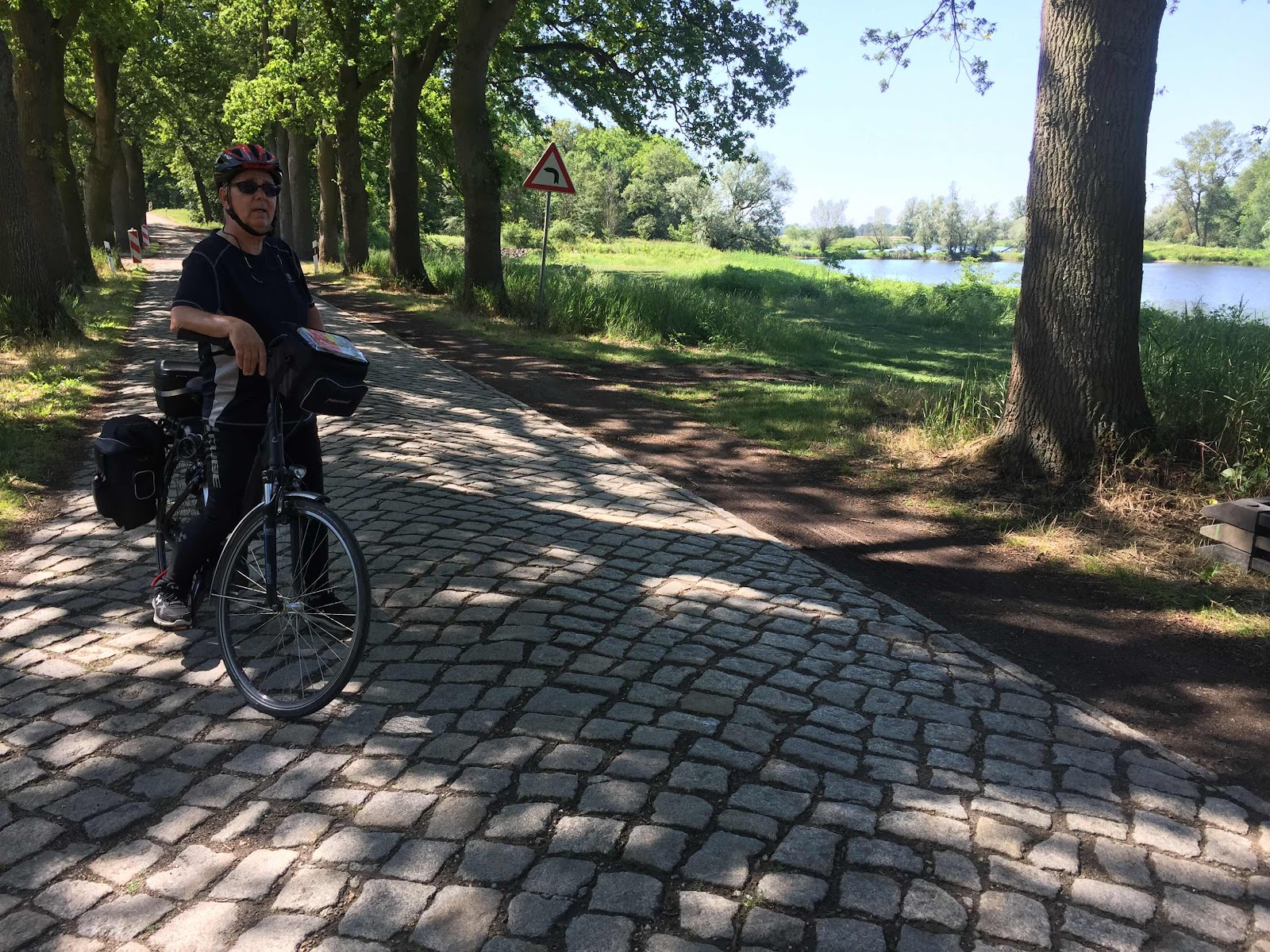 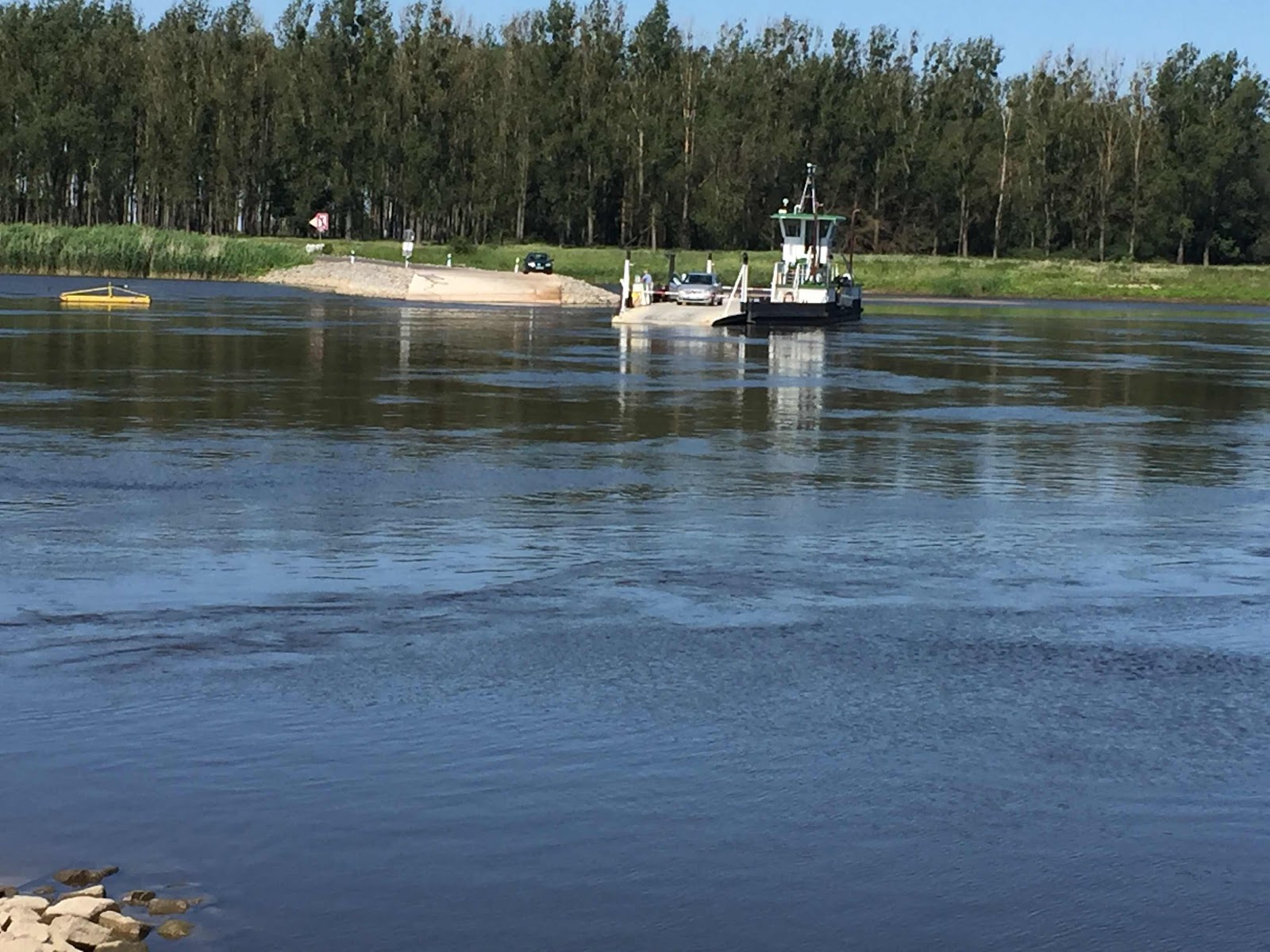 There were a couple of other cyclists there. The ferry was attached to a long wire anchored upstream and by pulling on one wire to position the bow it used the power of the River Stream to cross from side to side. 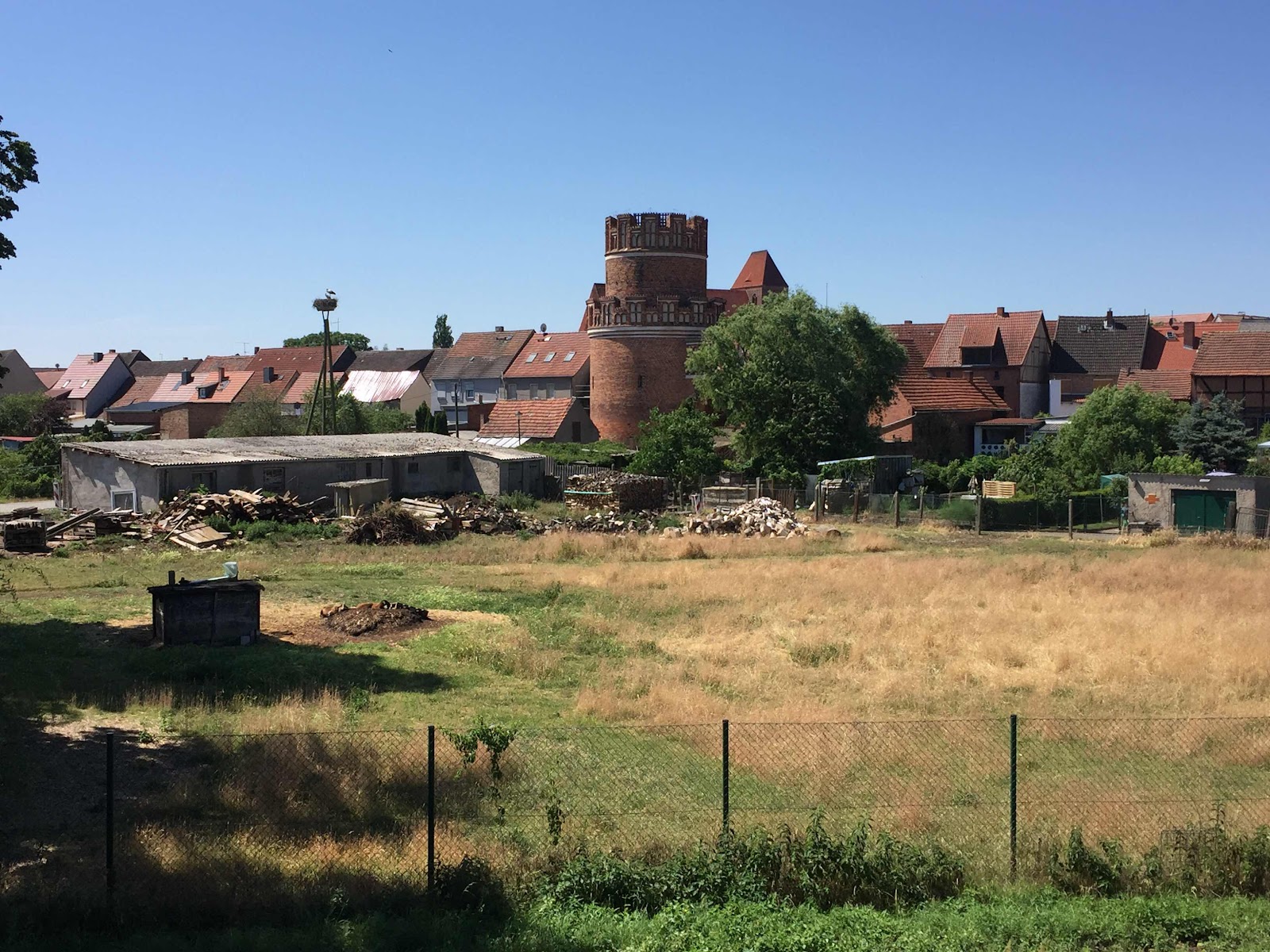 We followed the dyke along the River for quite a bit!
We stopped at a place where there was a seat and shade for a short break, when a couple of cyclists we had seen on the ferry joined us. They had Trecking bikes without an emotor and were in their 60‘s and had started in Munich and were on their way to Hamburg!
At one stage our BBF needed to water a tree! Chris cycled on and when we followed we came to a point where our Navi said we had to turn off, but Chris was nowhere to be seen. The humans then spoke on the telephone and Chris kindly came back to us, but when we did turn off at the point Alan wanted the road we needed was closed for repair! We should have cycled on to join him after all!
We cycled on to the village of Beuster where Chris led us off route to a great little Hofladen and Café where the humans had an isotonic drink and some lunch!
Then it seemed a long drag to Arendsee particularly because we had a strong headwind against us.
In Arendsee Chris saw a cycle shop where he asked if they knew of a place we could stay! One kind cyclist showed us the way to the other side of the village to a small hotel, which did have a room for us.
And so ended another 86 km day! As we write the clouds have closed in and there is thunder and rain again. We wonder what tomorrow will bring?
Posted by Alan Tyson-Carter at 21:44