Not a fun ride to Minden

The humans woke early at around 05:30hrs and seemed keen to be off!
They vacated and then took down the tent. Dave appeared with mugs of welcoming tea, so work stopped briefly.  Eventually all camping equipment was taken down and stowed away before breakfast.  And then we were off!
Chris was feeling fit and charged ahead using a fair bit of electric power all the way. Alan’s bike battery is not as good, and he can never match the distance Chris can, so we took it easy using as little power as necessary. This meant Chris got so far ahead they could no longer communicate! Sometimes we got stuck at a traffic light which made the gap even bigger.
Today was a very warm and sunny day. The Ride from Hannover was easy enough, but it was no fun! The route took cycle paths, but generally we followed roads with heavy traffic! 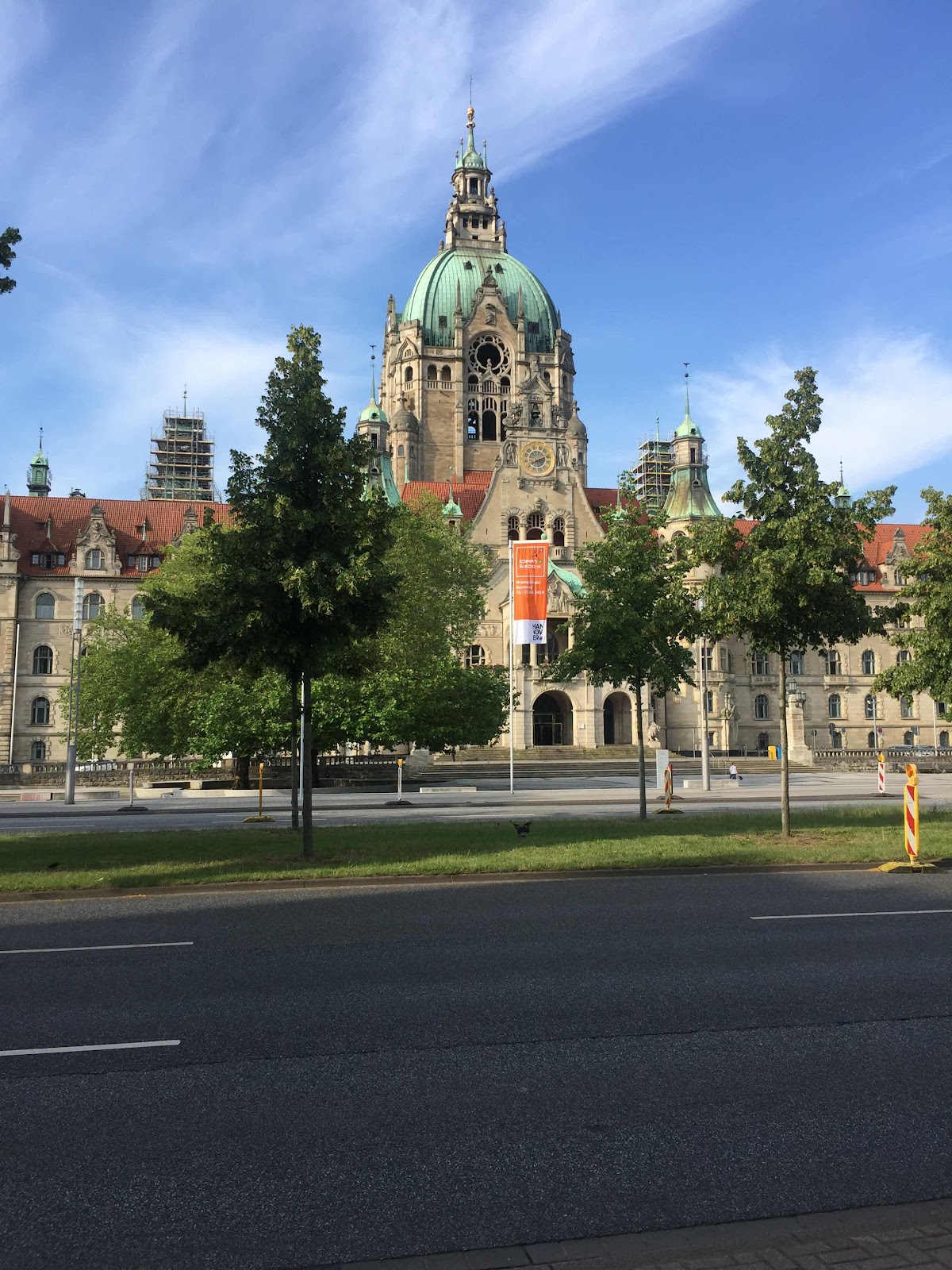 Getting out of the city was tiresome too! Even when out we had the traffic thundering by! 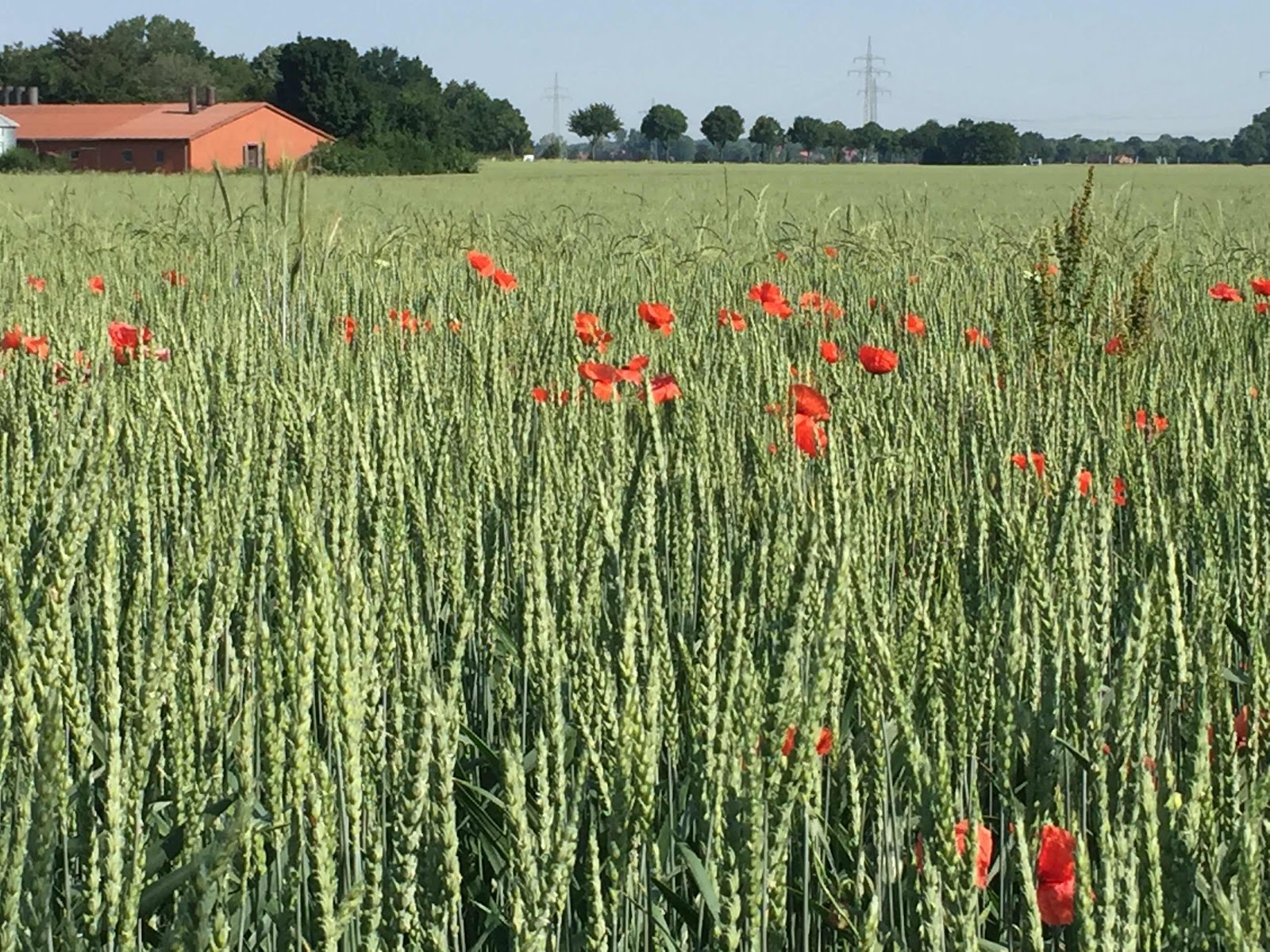 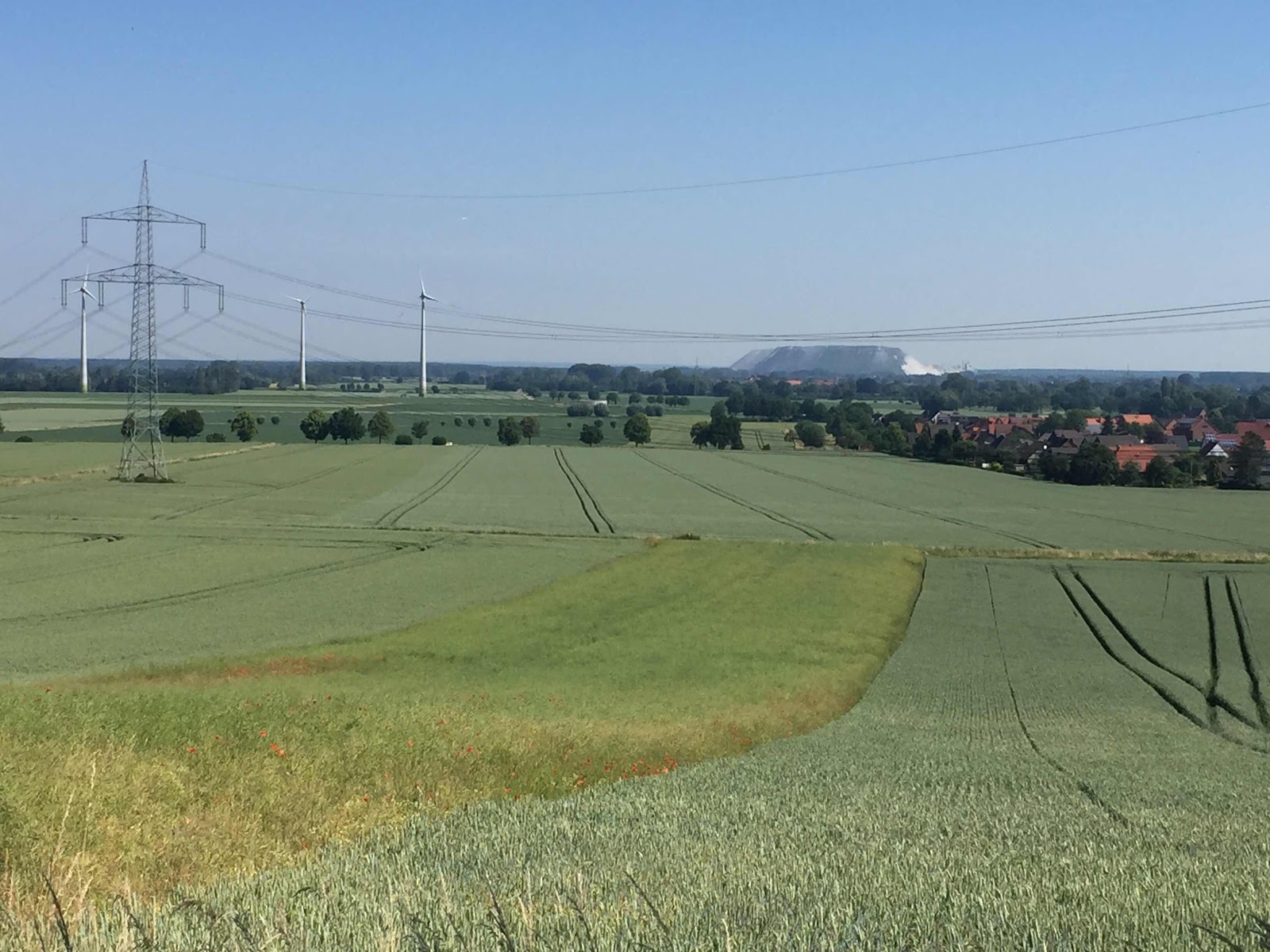 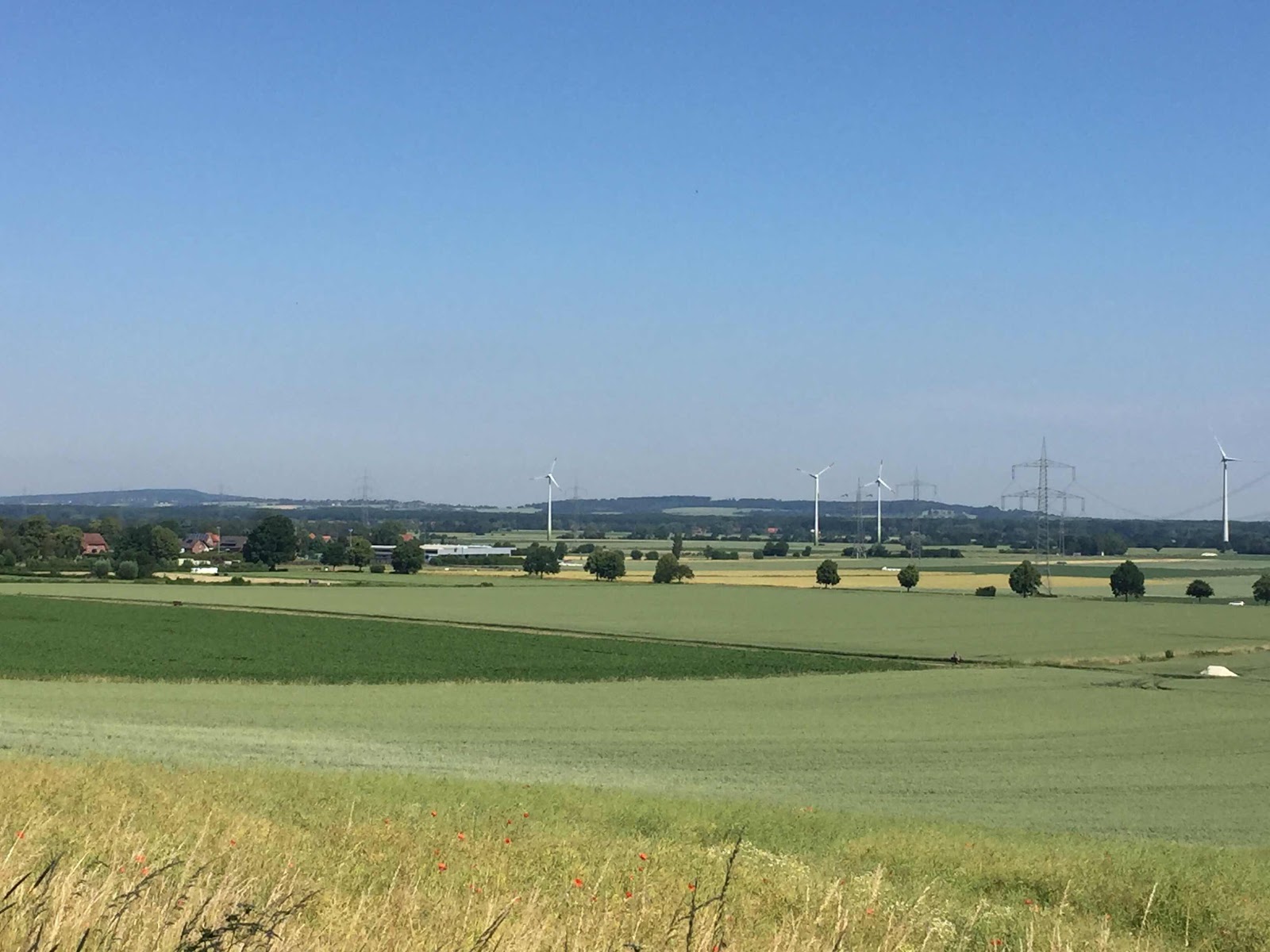 The views though were nice and proved that Gernany is a beautiful country. 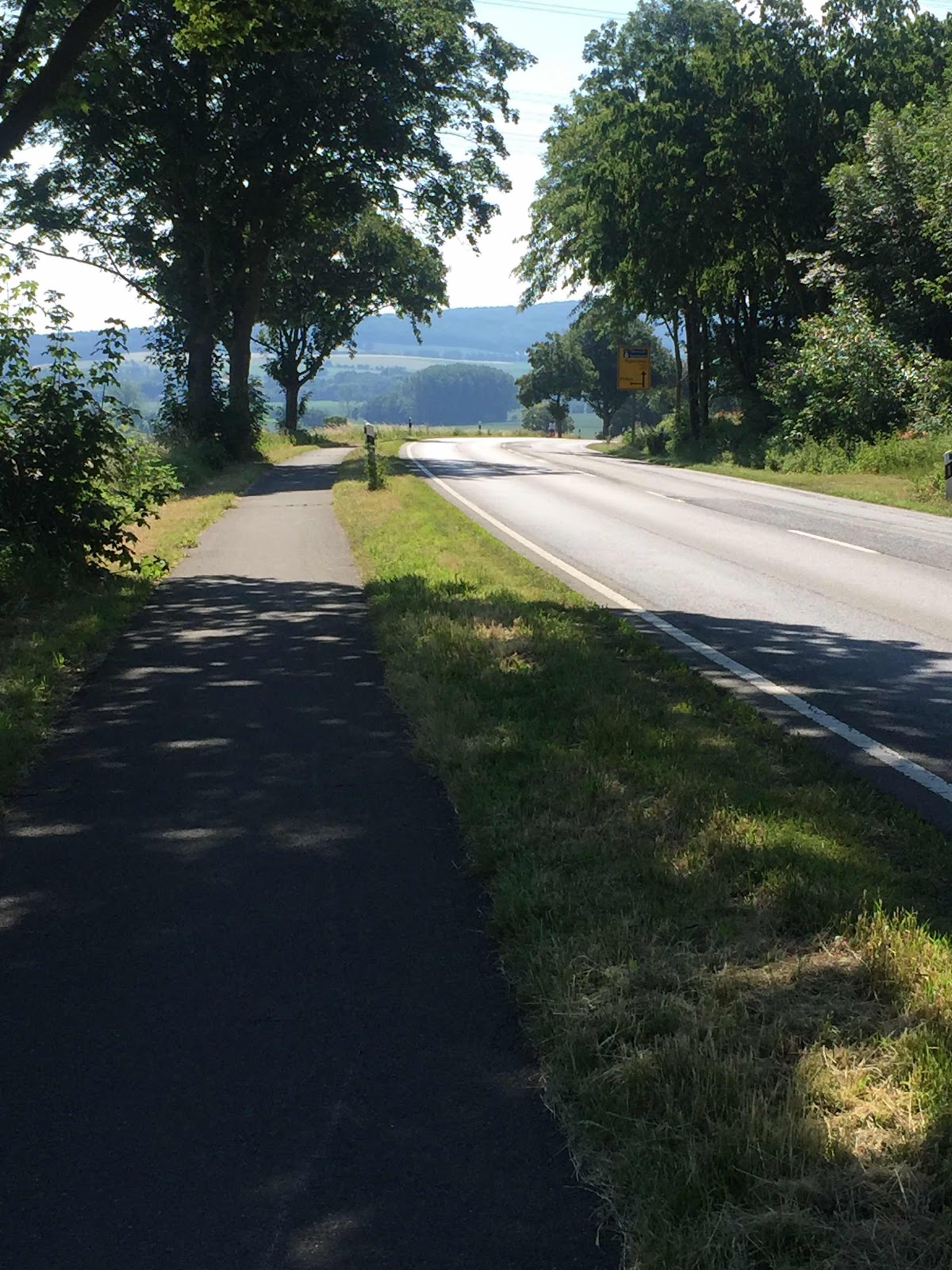 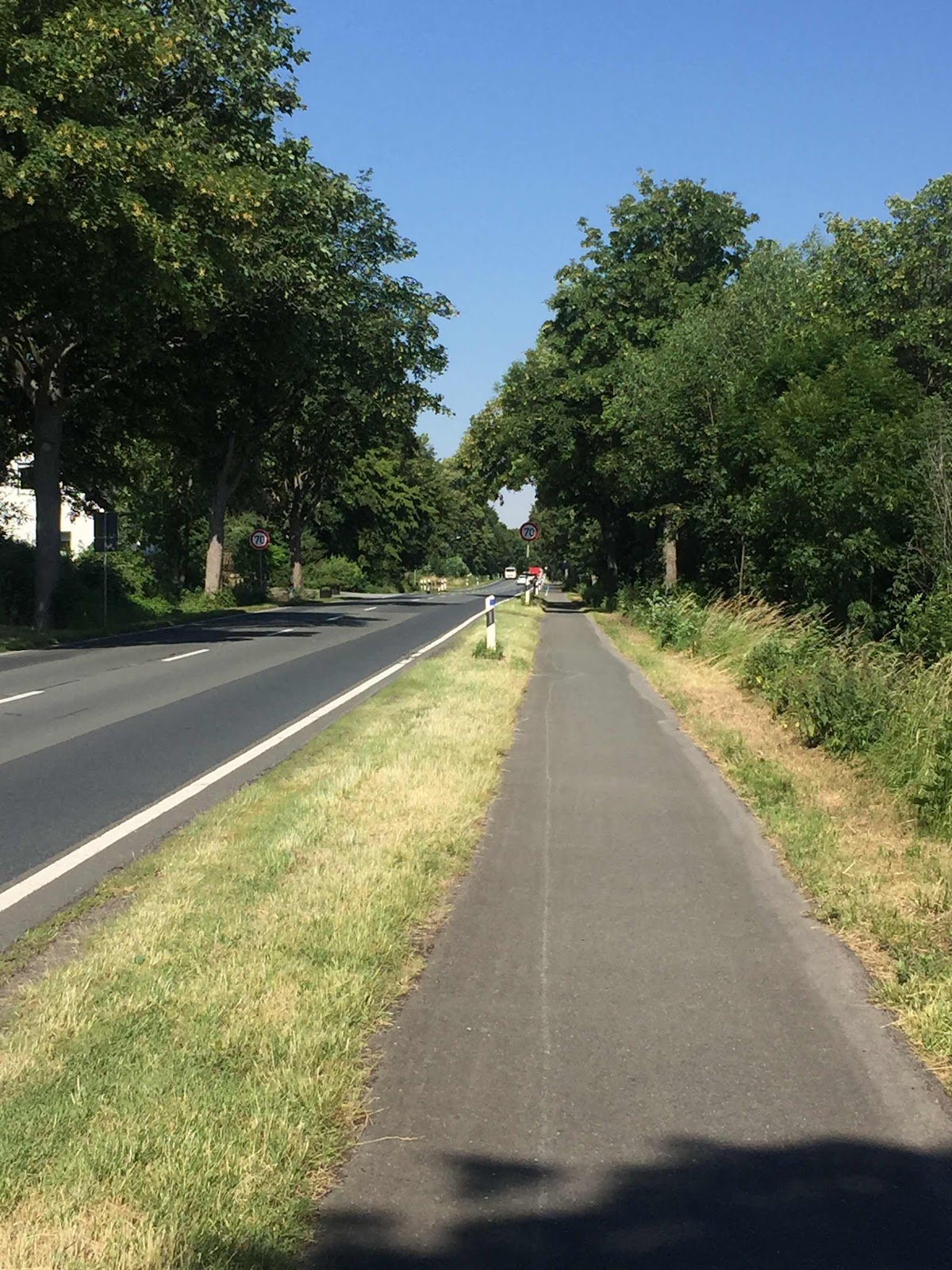 Sod’s Law dictated that when Alan stopped to take these pictures, no traffic was to be seen, but believe us there was enough about! 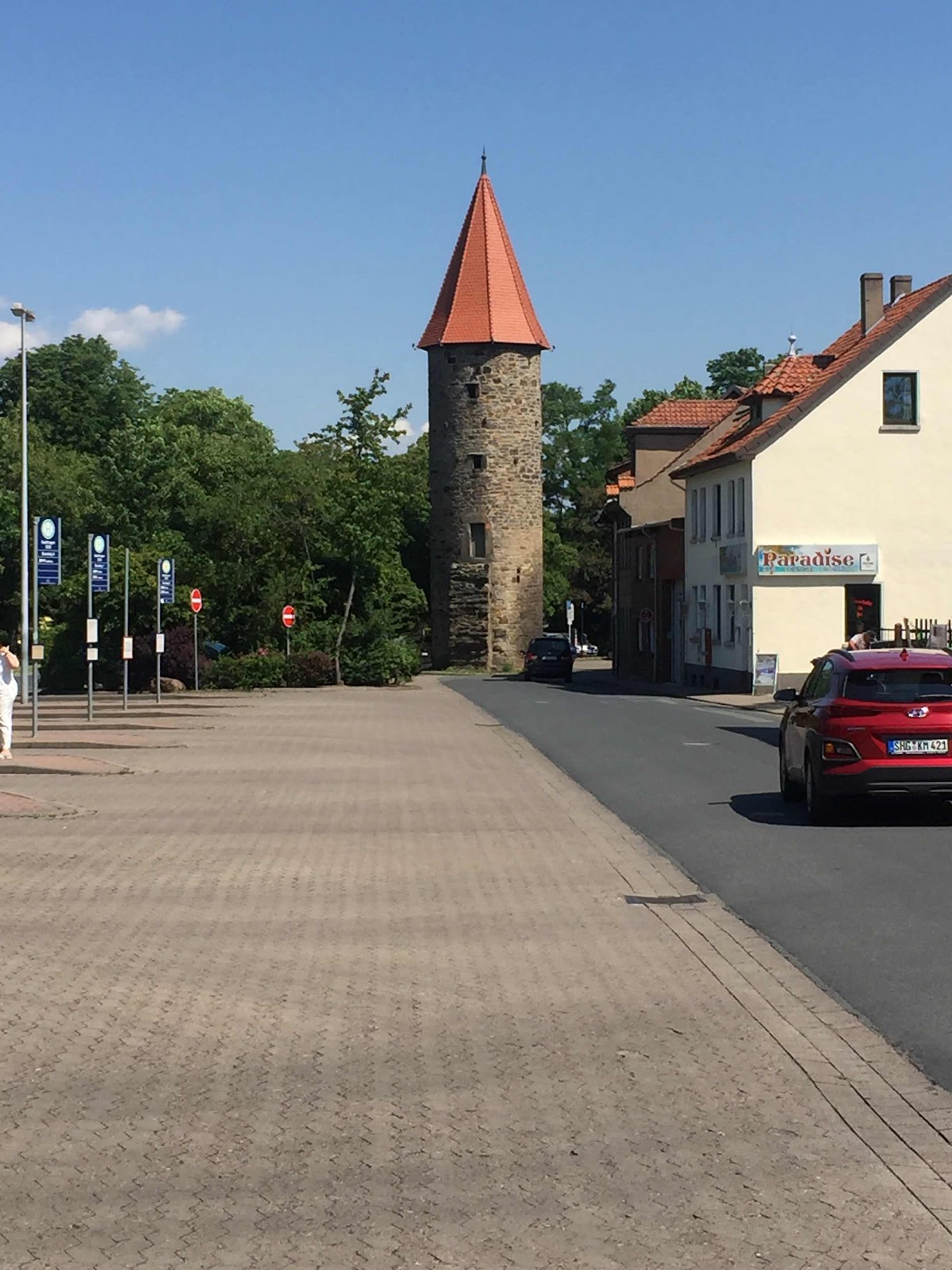 After more than 45 kilometres the humans finally stopped for a break in Stadthagen! 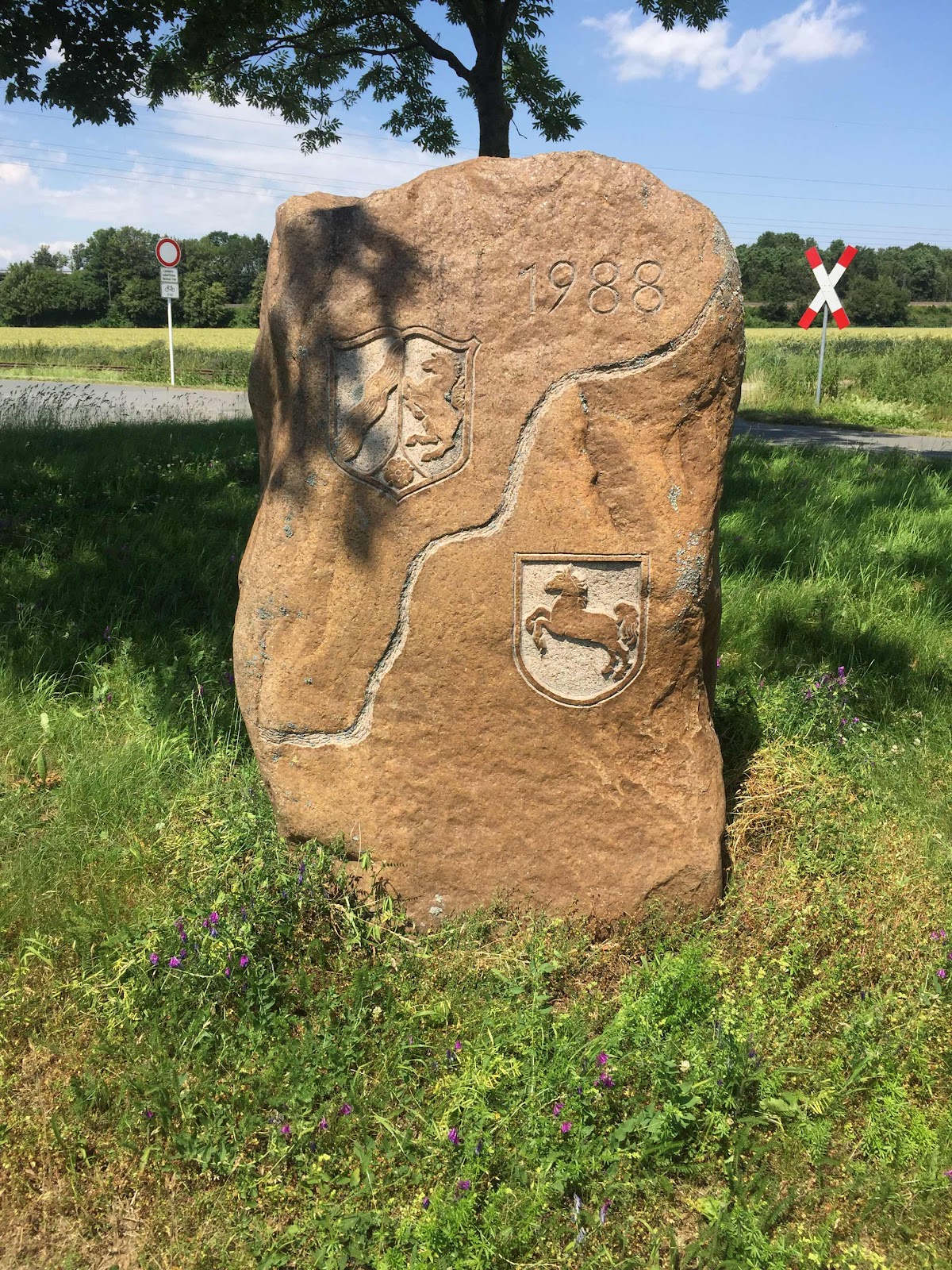 We were not sure why this stone was erected in 1988 unless there was a Gebietsreform at that time, for the stone shows that the Weser River is the boundary between North Rhine Westfalia and Lower Saxony. 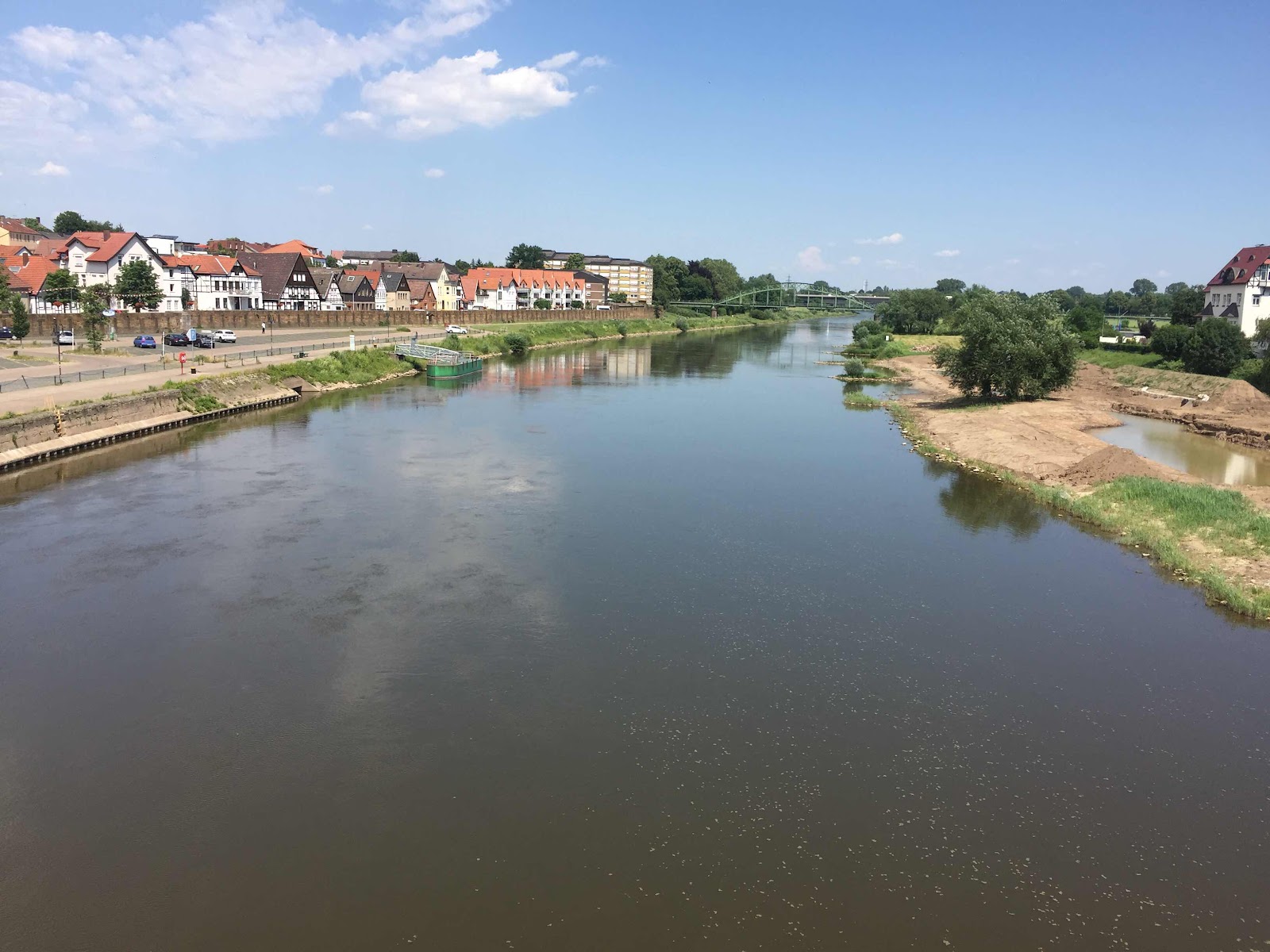 The Weser River was then crossed as we entered Minden. 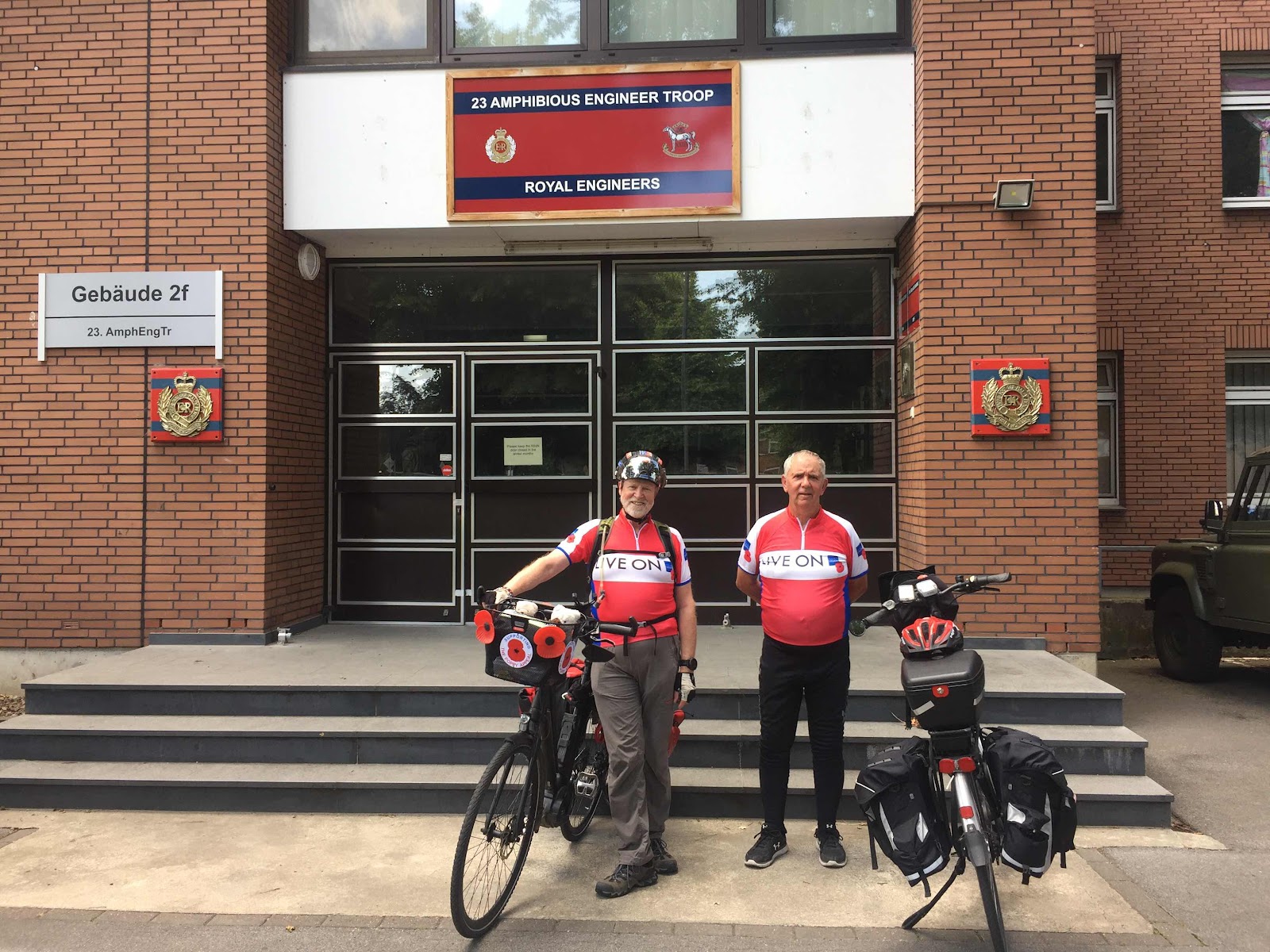 We cycled on to Minden-West where the barracks were that housed the Royal Engineers Troop attached to 130 Pioneer Bataillon of the Bundeswehr! Here we had our photos taken by a Sapper to prove we had been there!
Chris now made a phone call and we found ourselves being invited to stay with James Boielle, the Chairman of the local RBL Branch. 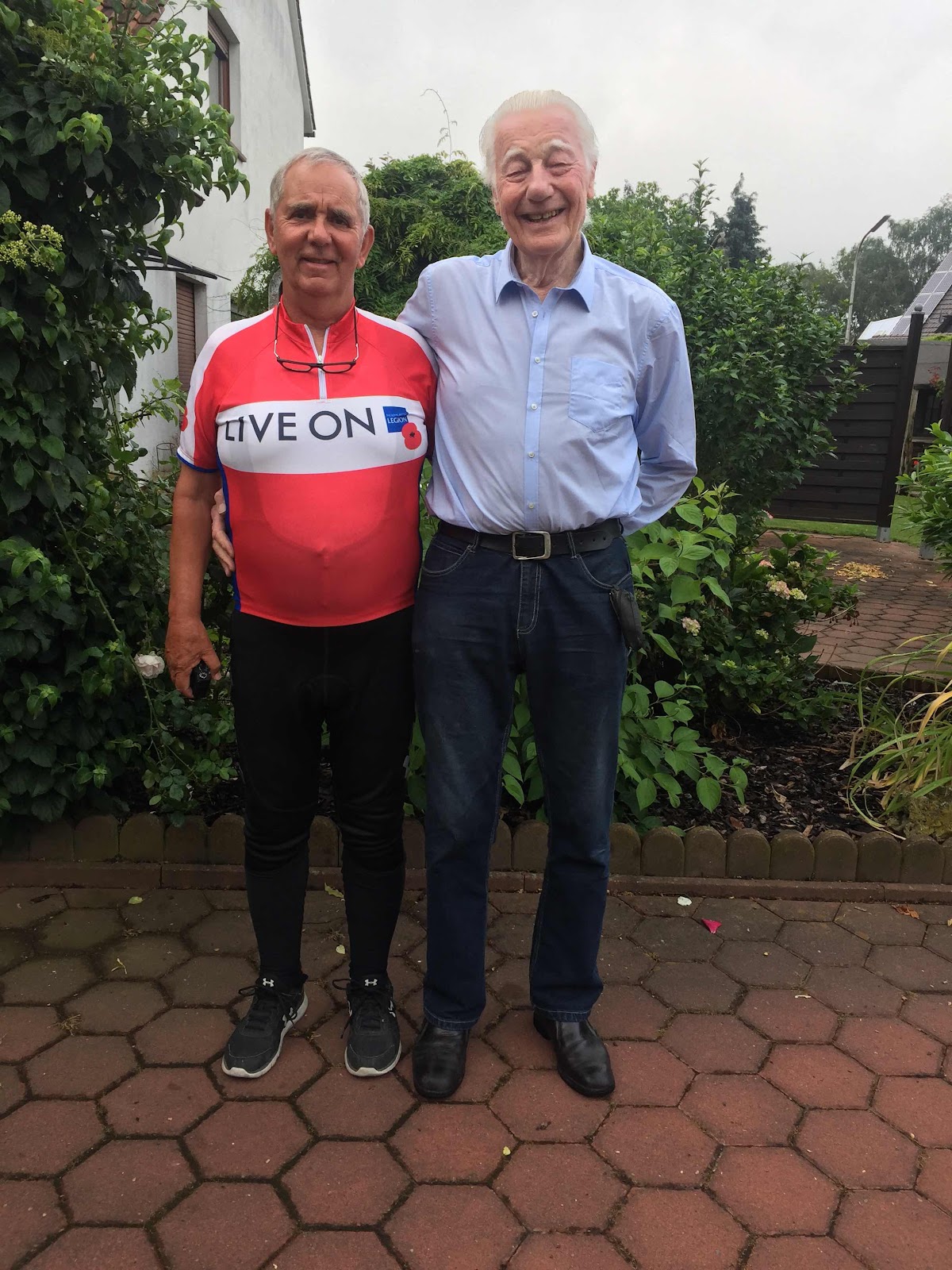 The heavens opened shortly after getting there! James was most hospitable gave us tea and biscuits and told tall tales of when men were men and women were glad of them! Showers and Egyptian PT were then done, before James took the humans out for an excellent Chinese meal. Then back at the ranch more isotonic drinks with more tales of daring do. Sadly our humans began to flag and had to retire to bed, to sleep perchance to dream!