Bergen-Hohne is the place where our BBF was stationed in the 80’s and so Alan was looking forward to arriving there.
We only had a short 30 km ride so there was no rush. The sun was shining when we set off, but the humans first had to visit a Cash Point to stock up with more money!
Occasionally the wind was against us, but generally speaking it was an easy ride! 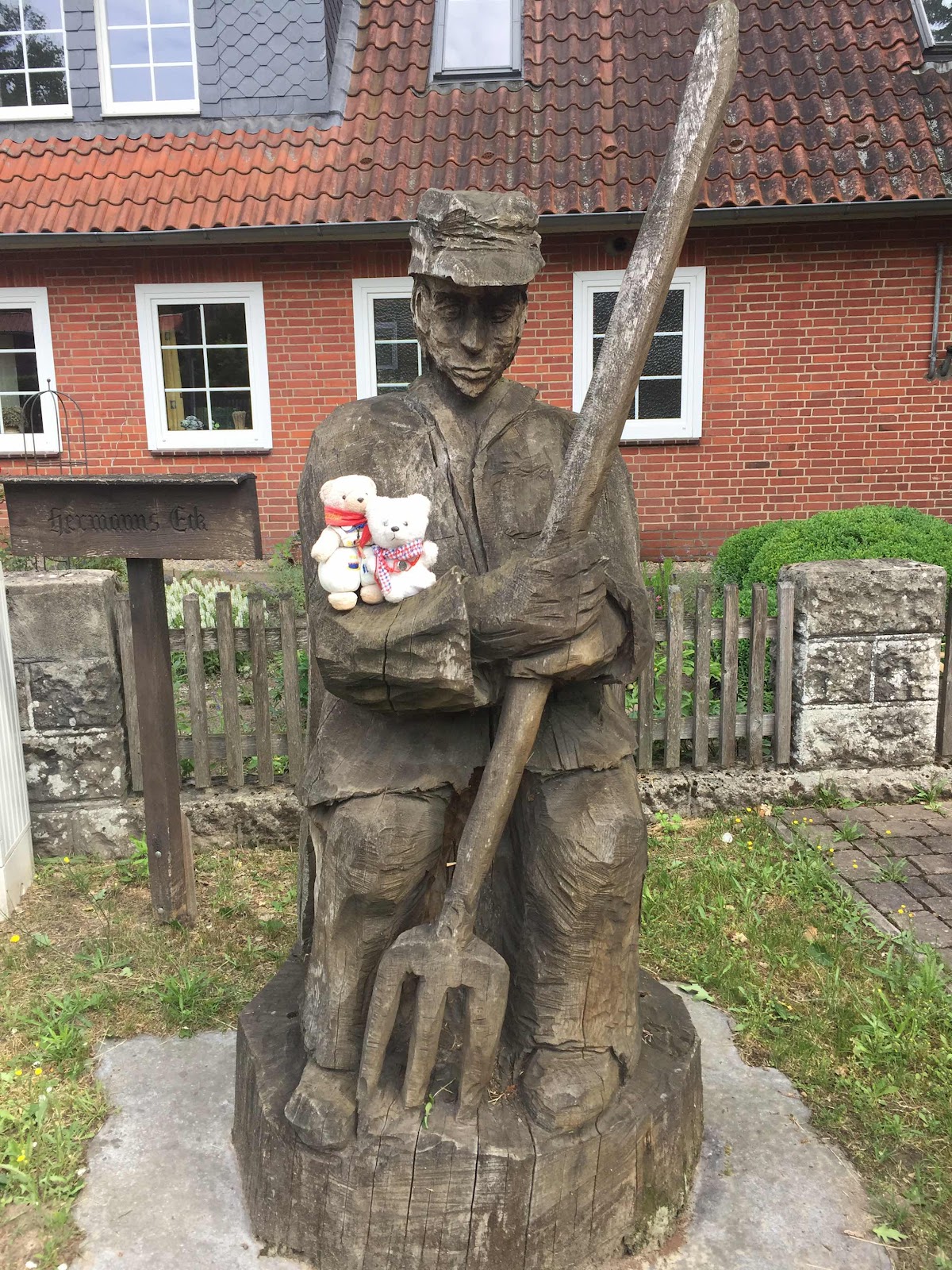 We had a short stop in a tiny hamlet which had a “Hermanns Eck”! Then it was off again across the pristine fields and country side.
In Bergen our BBF knew the way and so took a short cut to get us to the road leading to the barracks. 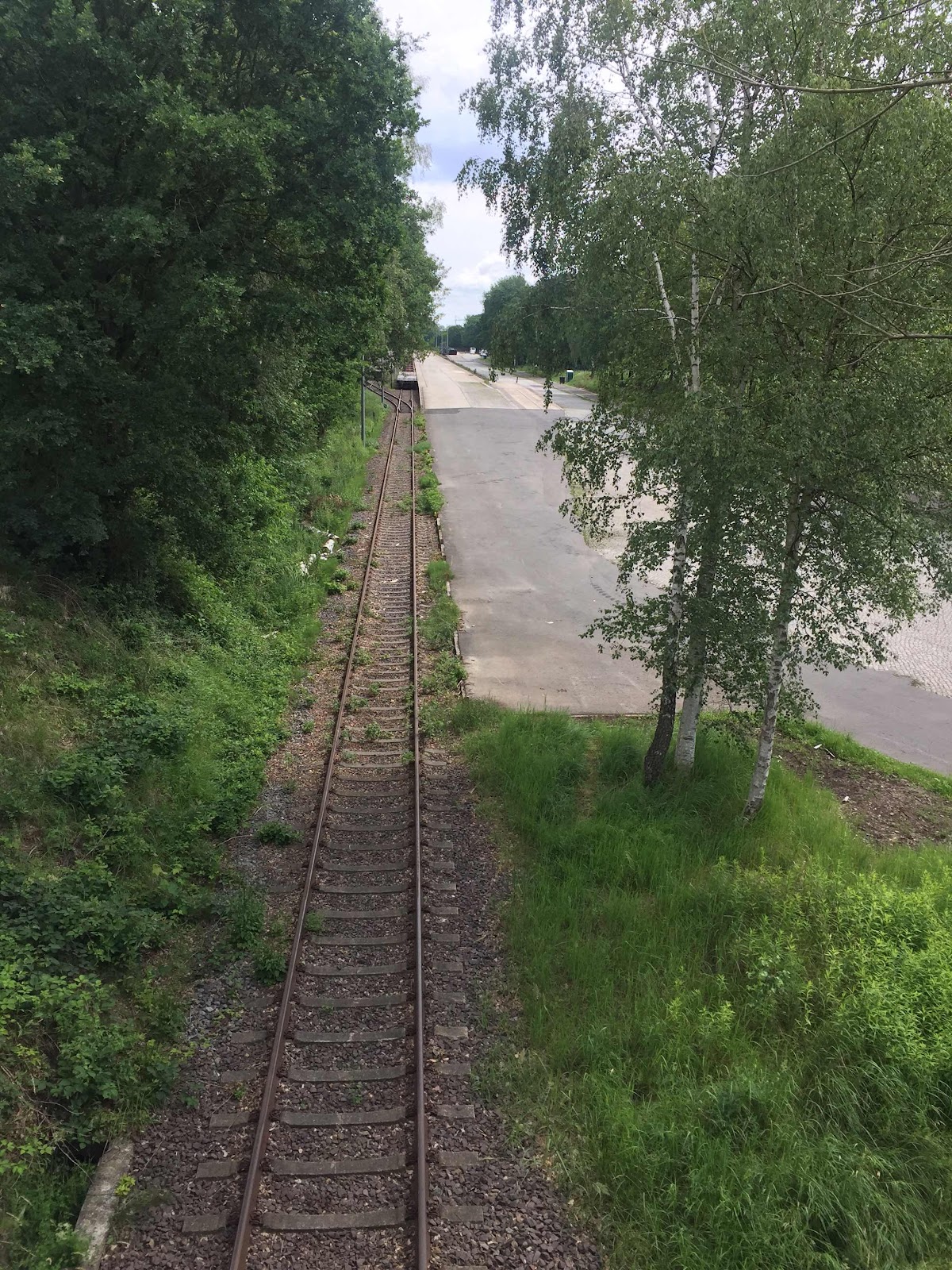 He paused briefly on the railway bridge to show us where the NAZIS unloaded the trains with all the “undesirables “ destined for Belsen Concentration Camp!
And then we were there! 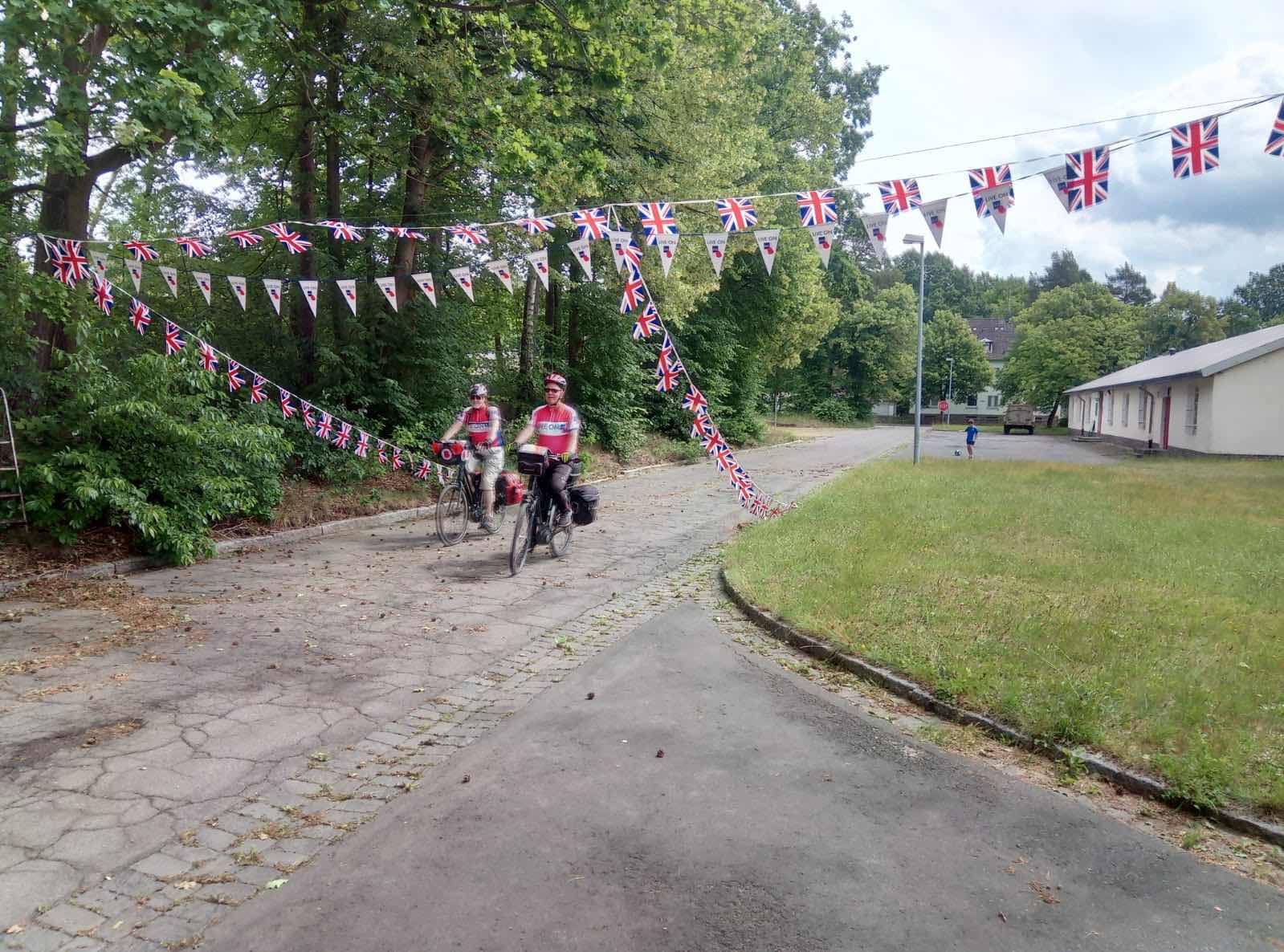 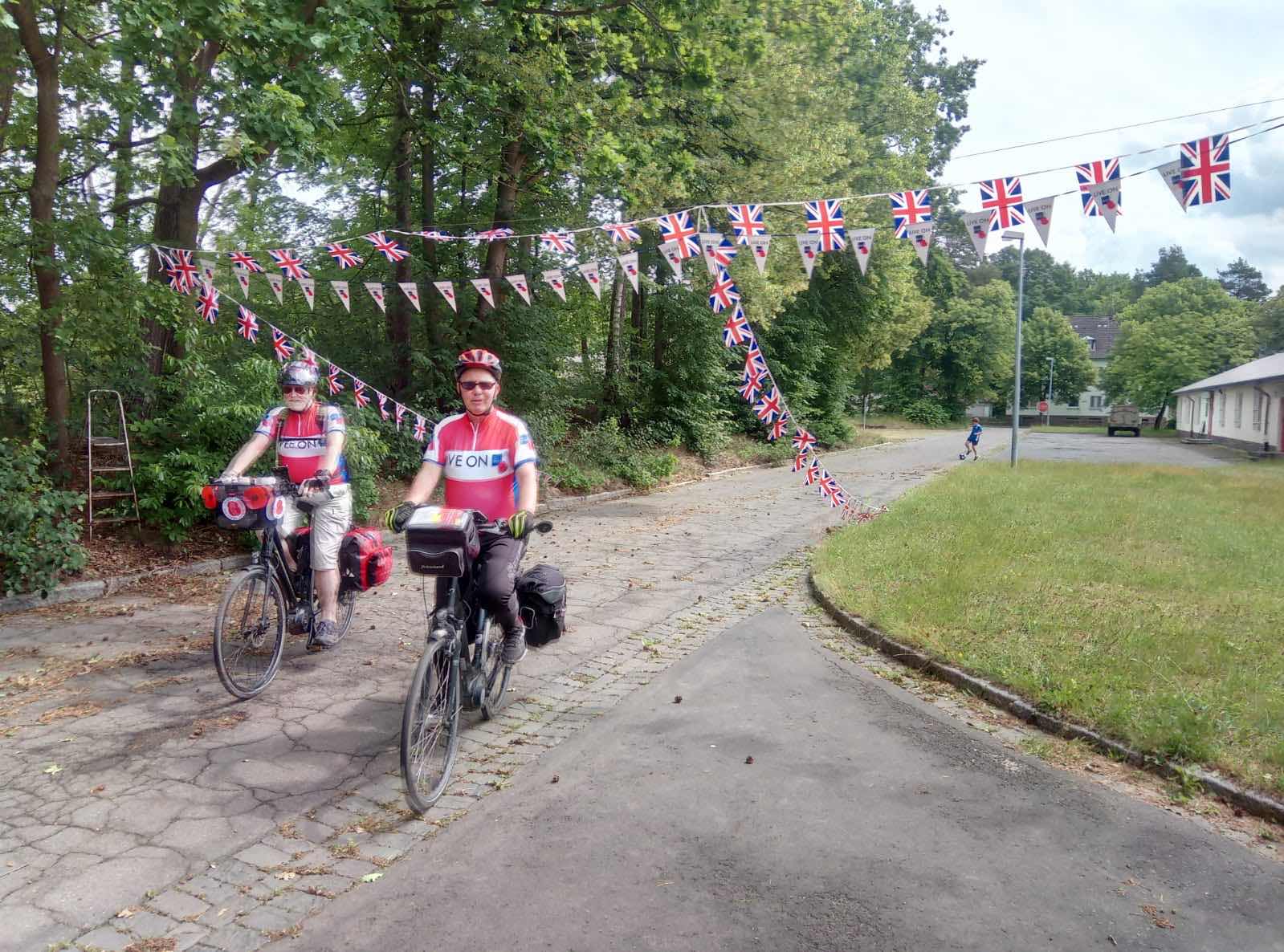 The Chairman, Keith Orton, of the Bergen Branch of the Royal British Legion was waiting to greet and congratulate us on our journey so far. 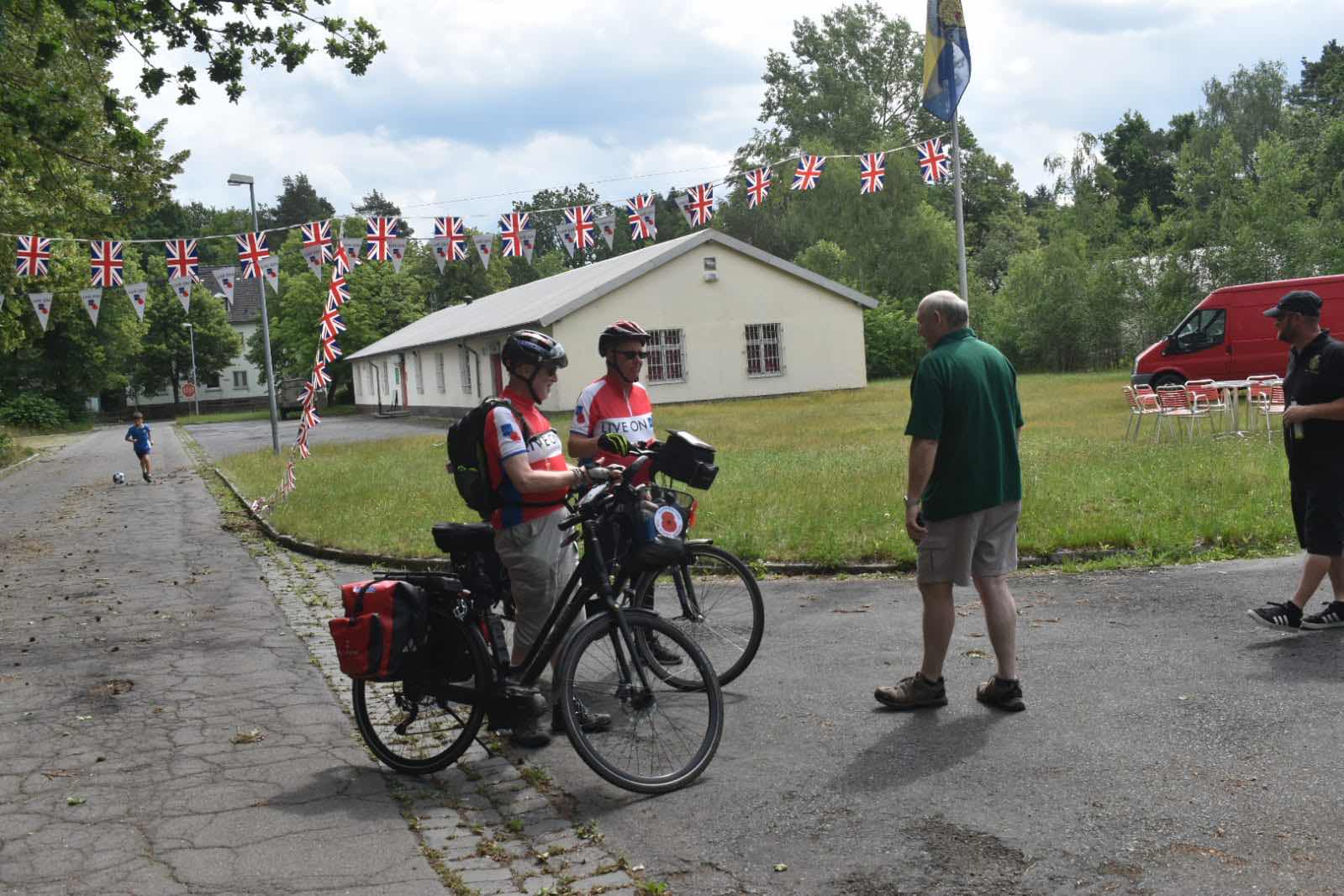 The humans were feted and given isotonic drinks and introduced to the small but warm welcoming committee! 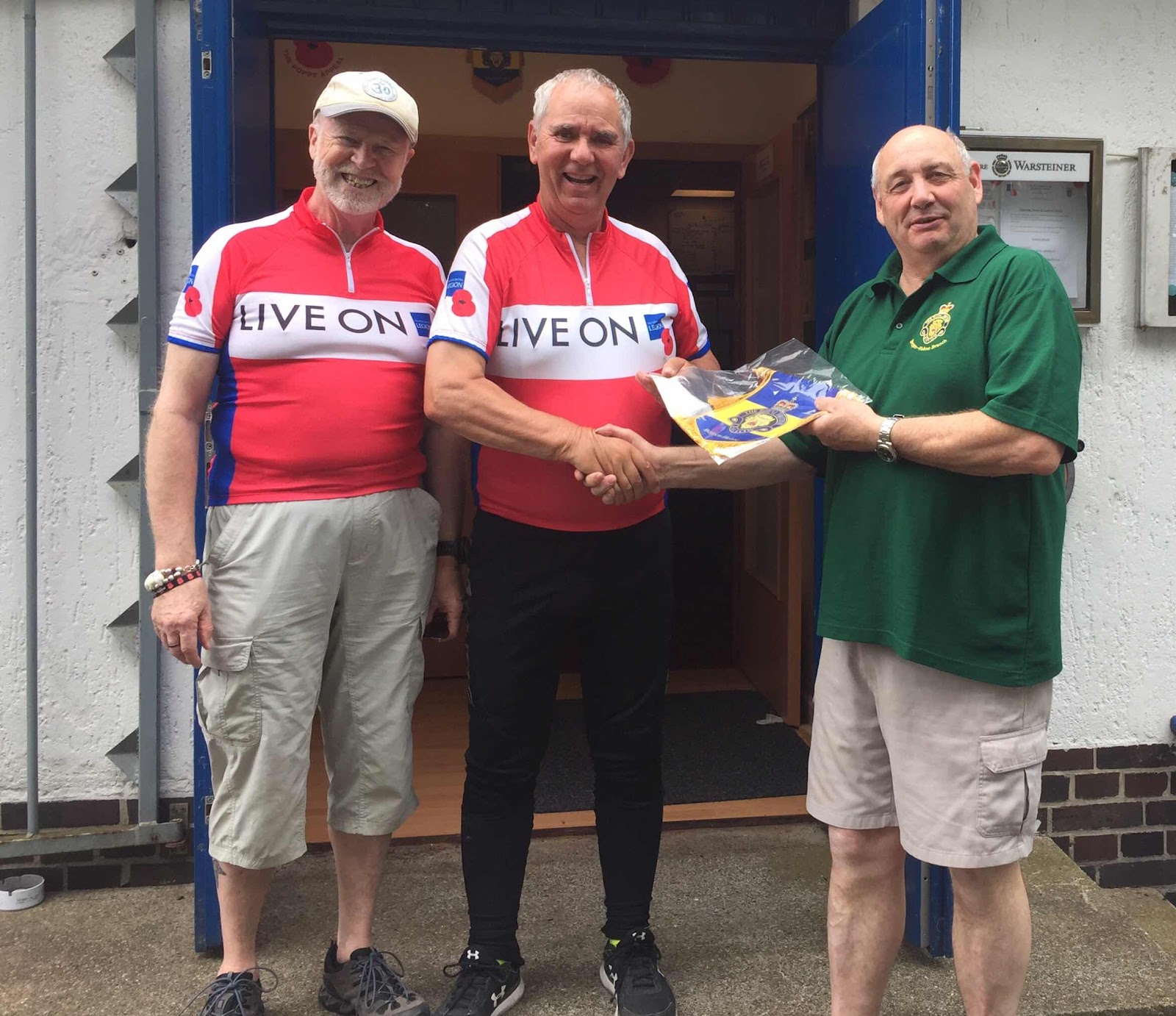 The Chairman presented us with their Branch pennant a really nice gesture we thought.

The Bergen-Belsen Branch had kindly organised a barbecue supervised, organised and cooked by Niel!
The food was not only excellent, but well organised considering the short notice they had of our arrival. A special thank you, from Chris and Alan and us Bears goes to the Chairman and all involved. 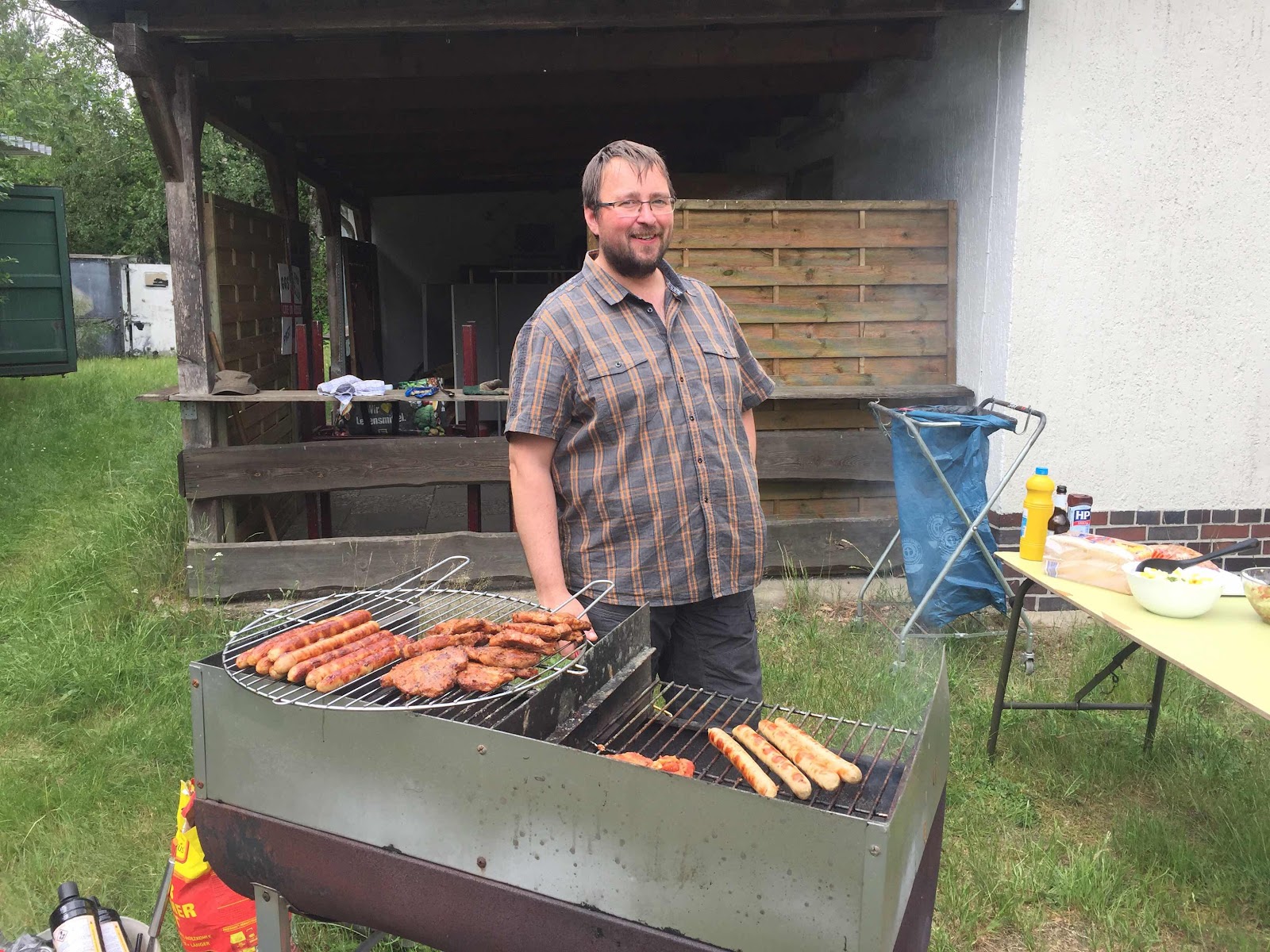 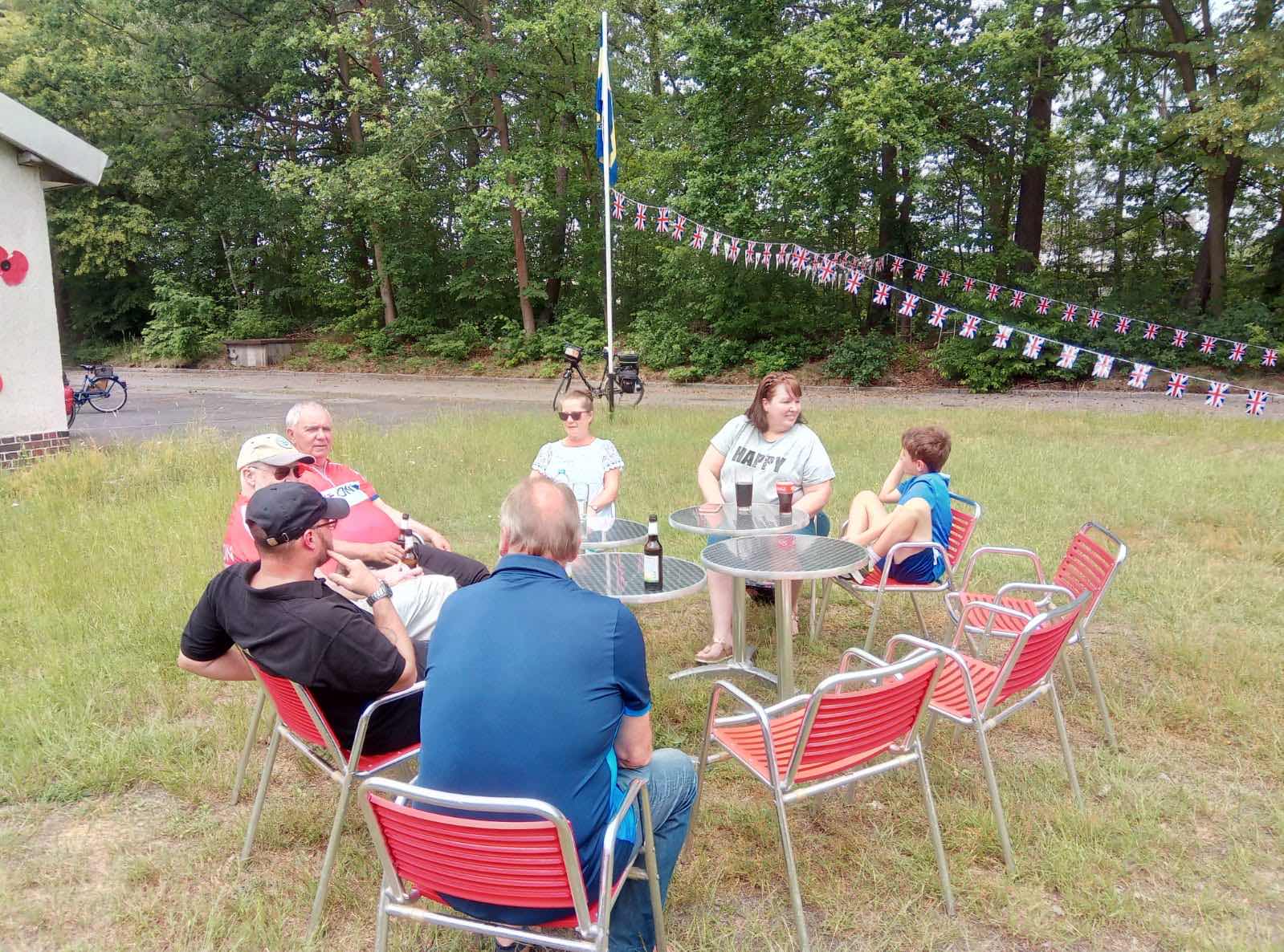 Suitably refreshed and sustained we took our leave of our new friends and retired to our hotel!
Alan did his daily washing, showered and then set off to visit good friends from his time in Bergen, leaving us Bears and Chris in the hotel.
The friends had had a problem with the Just Giving web site so kindly gave Alan cash for the fund which he added immediately to it online!
Tomorrow looks to be another short day as we are only going to Fallingbostel. We feel the other RBL Branches now have a high standard to follow with regards to a reception and a send off!
Posted by Alan Tyson-Carter at 18:00