A train to Berlin 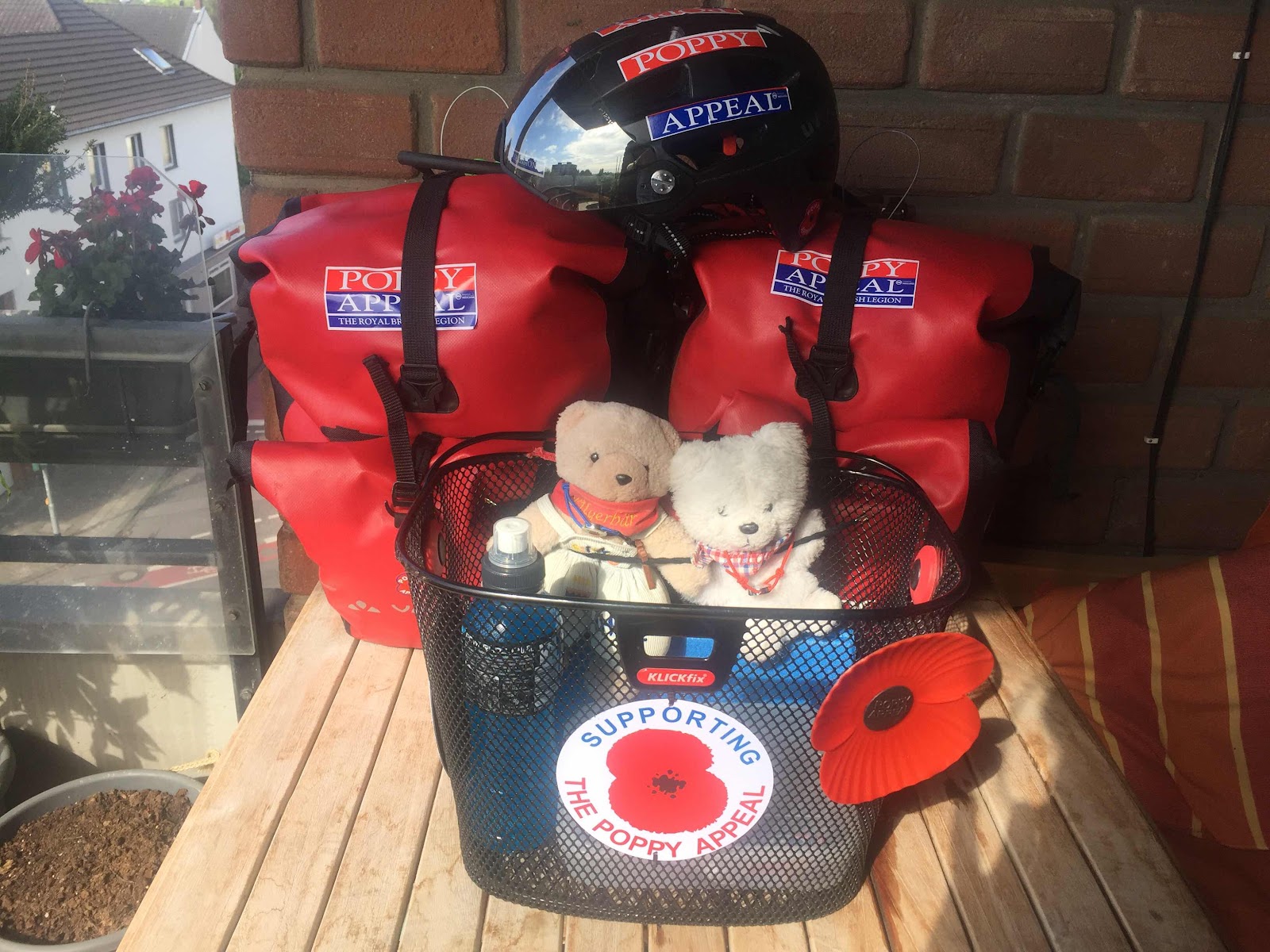 Our BBF was awake by 05:00 hrs, but slumbered on until 06:00hrs, when he just had to get up and get going! We are not sure who was more excited, we Bears or our human!
We got to Mönchengladbach Hauptbahnhof early, but Chris Farrell, the other old codger on this mad escapade was there before us. 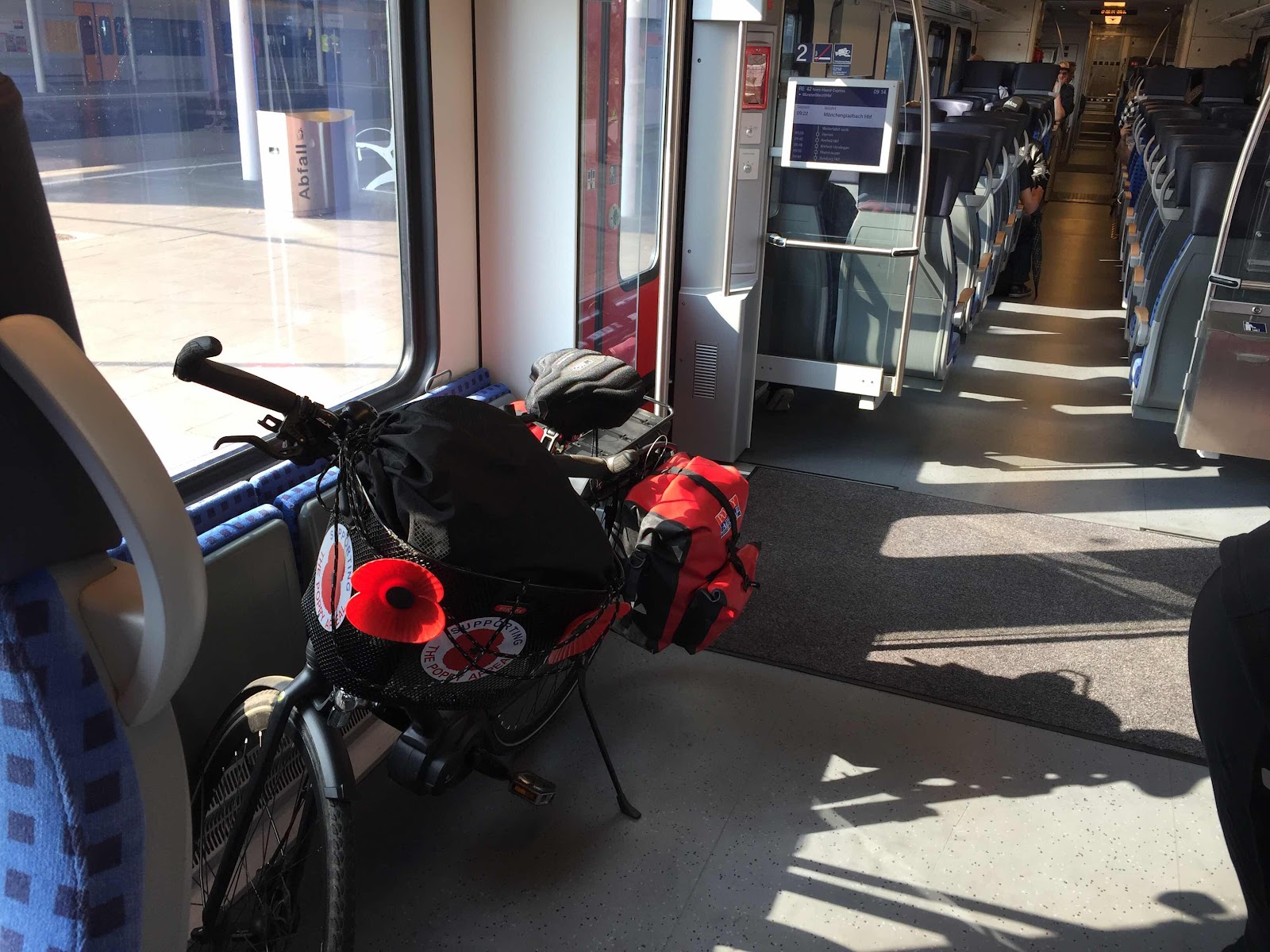 He greeted our human by giving him a package which contained a cycle jersey (far too small for our tubby human) and a T-shirt with RBL Rheindahlen Branch Logo, plus an RBL water bottle. A really nice gesture we thought, though Alan looks like a fat liver sausage in his cycle jersey! 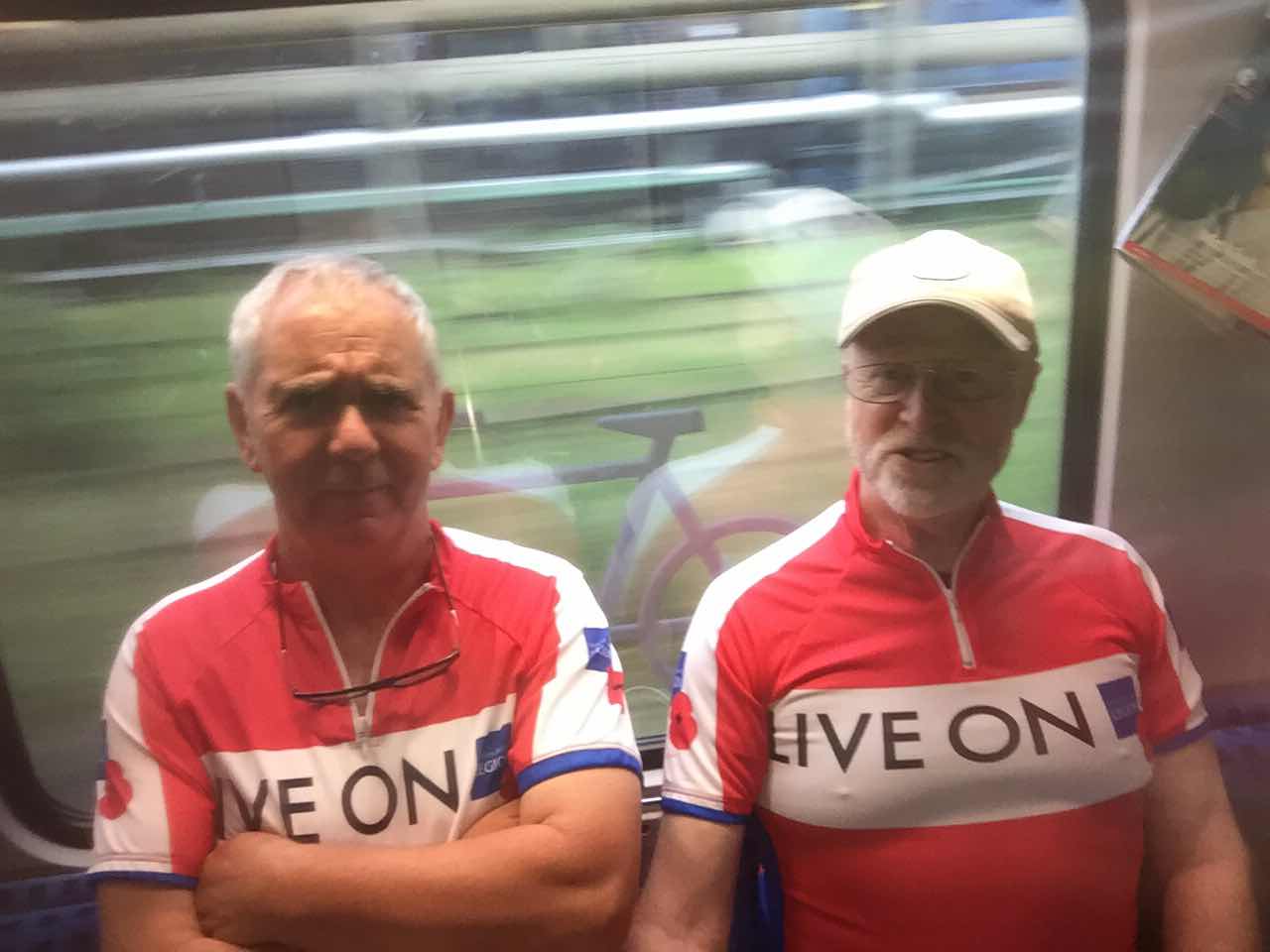 He changed into the jersey on the first train.
As this was only our second time on a train with the bike we found it all went fairly smooth and the DB seem to have it well organised, up to a point!
We changed trains in Duisburg and again in Minden where now we got on an Intercity train which had come from Amsterdam.
Getting the bike up the steps into the carriage would have been difficult alone, we thought. As it was one had to take the panniers off as it was rather narrow and crowded. A good thing the humans had booked places for the bikes as well as reserving seats. 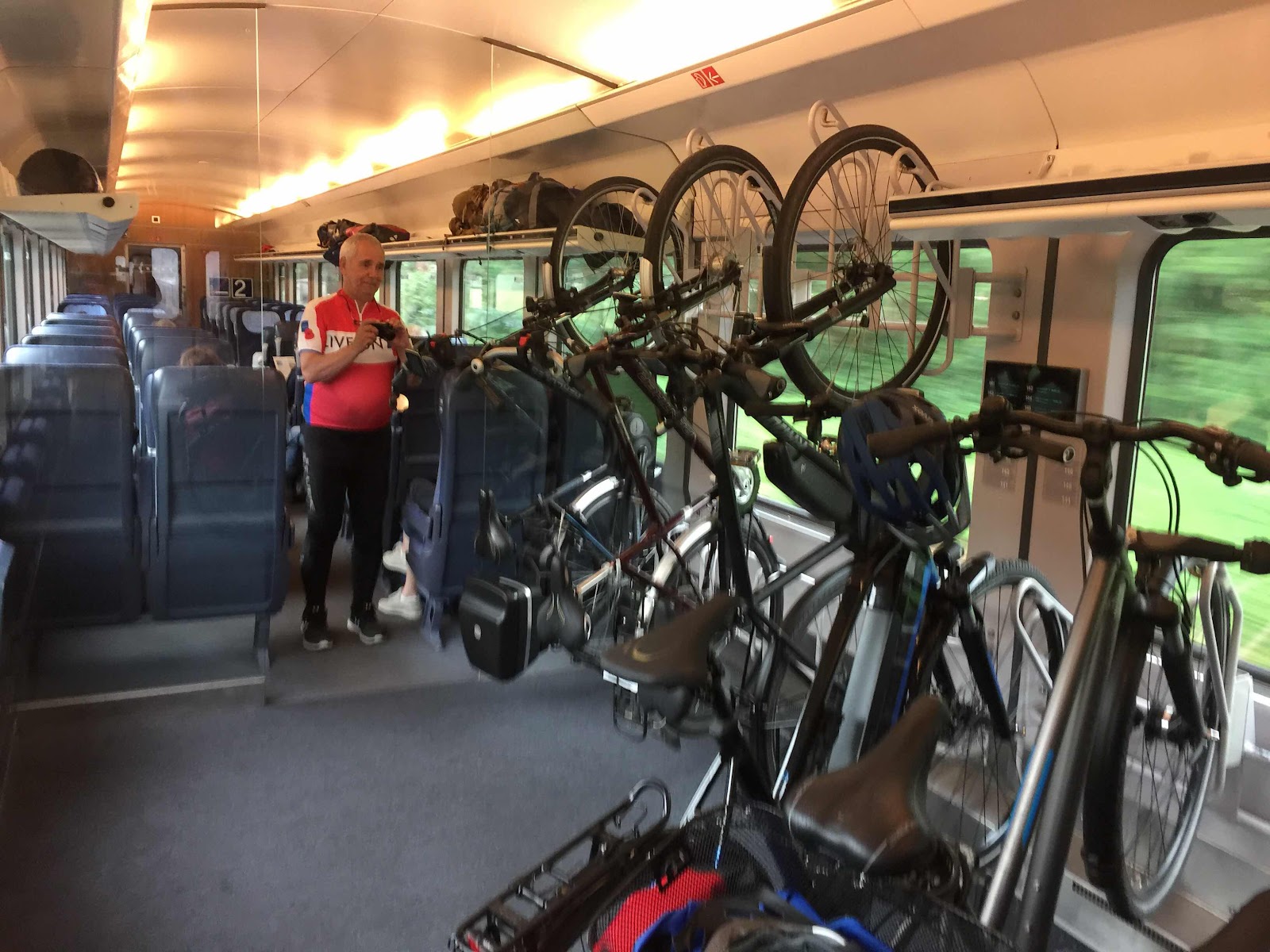 Chris had to really hang his up by the front wheel, whereas Alan only had to fix the front wheel up a bit. There were lockers to put the panniers in! 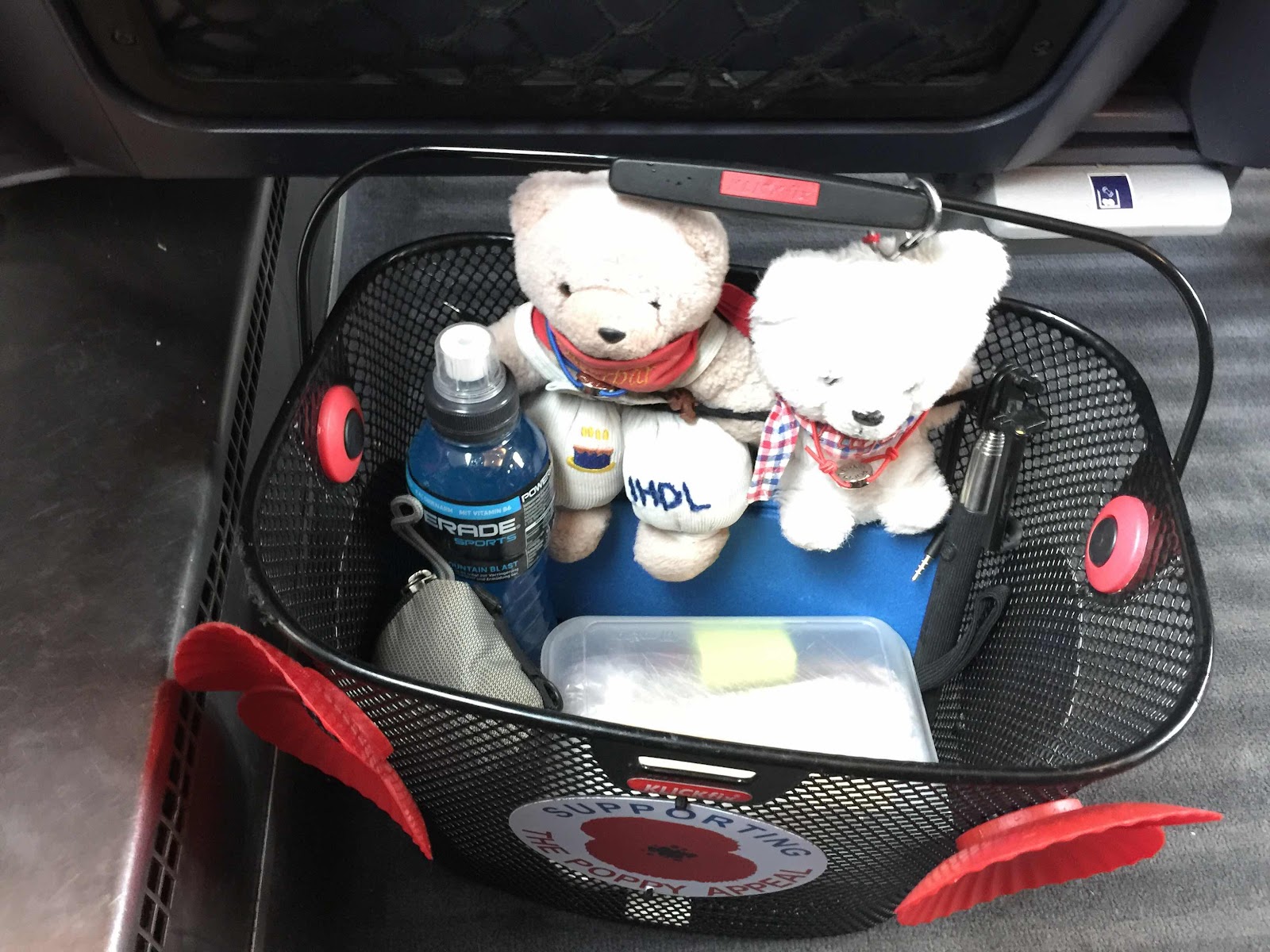 We in our basket were taken to the seats, after all we were guarding our human‘s lunch!
Alan slept a bit while Chris chatted to a sweet little one year old.
We arrived in Berlin to a really hot sunny and sultry afternoon. Chris had programmed his bike NAVI with our hotel address and so now we set off on our cycle ride! 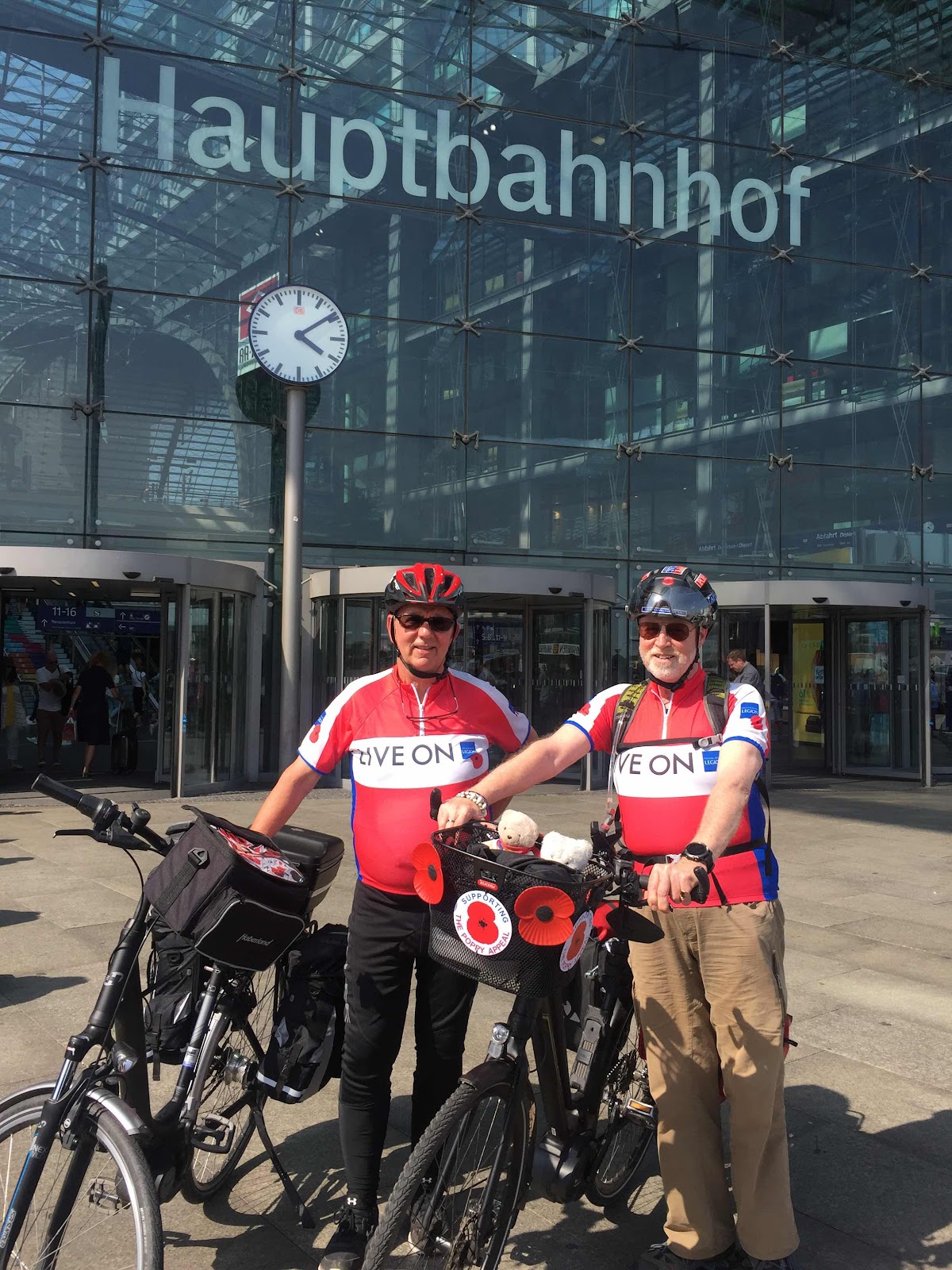 It was only a short 8 km ride and then we were there enjoying a welcome cup of coffee at the reception. Chris‘s son came to say hallo before having to go to work again. He is staying in the hotel too, so will give us a send off in the morning!
Our human showered first then he came back down to reception where they had opened the cellar for the humans to store their bikes, as outside it was raining cats and dogs!
The humans are going off to eat and drink something alcohol we think. Tomorrow we set off into the wild blue yonder and we wonder how it will go!
Bis morgen, Buen Camino! 🧸🐻❤️