A sunny ride to Hannover

The humans were awake early and keen to be off, but Alan had ordered breakfast for 08:00 hrs so they were forced to wait half an hour!
Once they set off we rode down the hill to the Rathaus where Mary from the Fallingbostel RBL Branch gave each of the boys a hug and waved us off on our next day’s adventure! 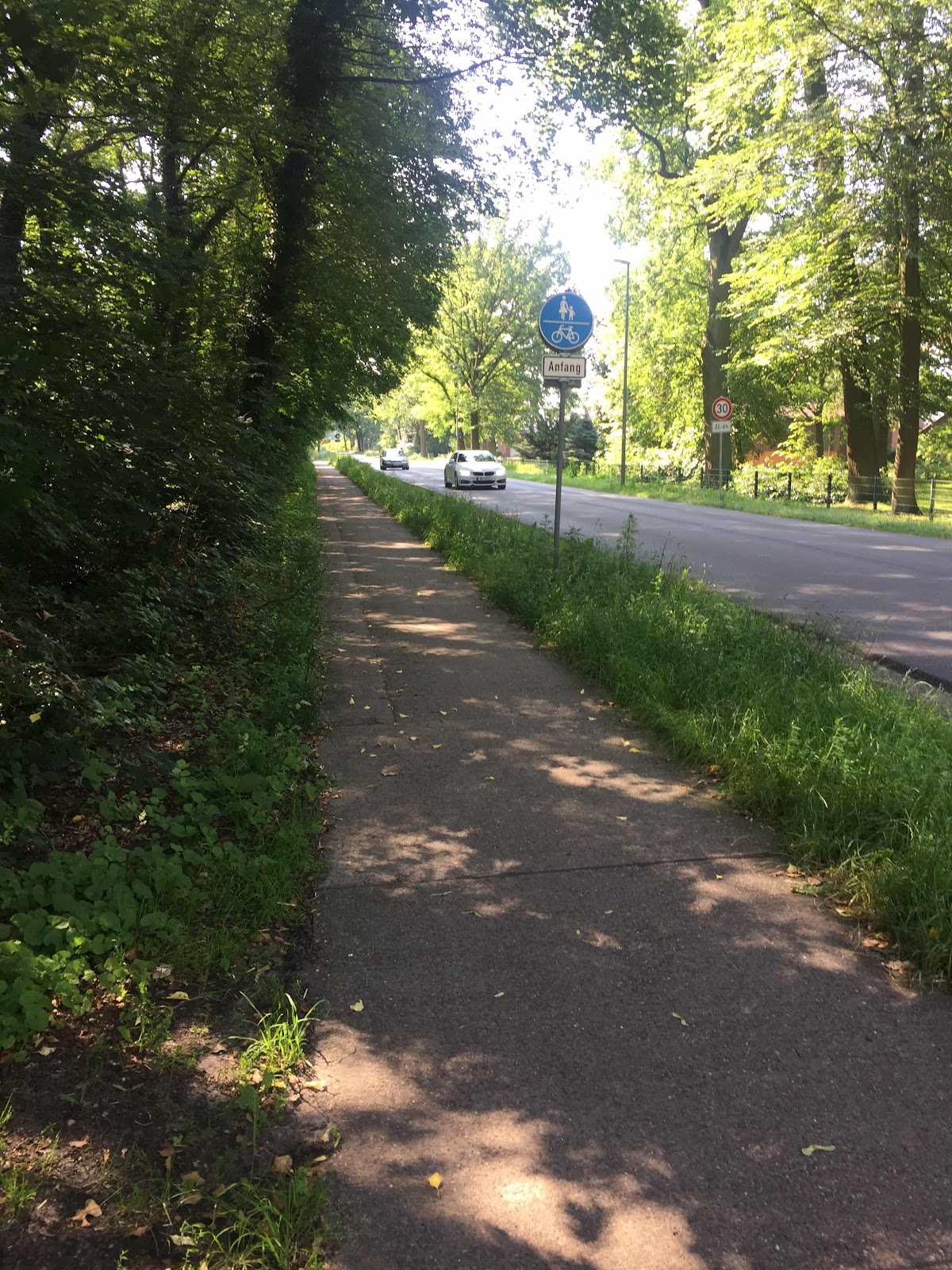 Generally we followed a minor road on the adjacent cycle path. Chris set a good pace and our humans were well rested so as the day was sunny and warm the cycling was most enjoyable! There were woods on either side of the road and once again we had the scent of pine in the air. 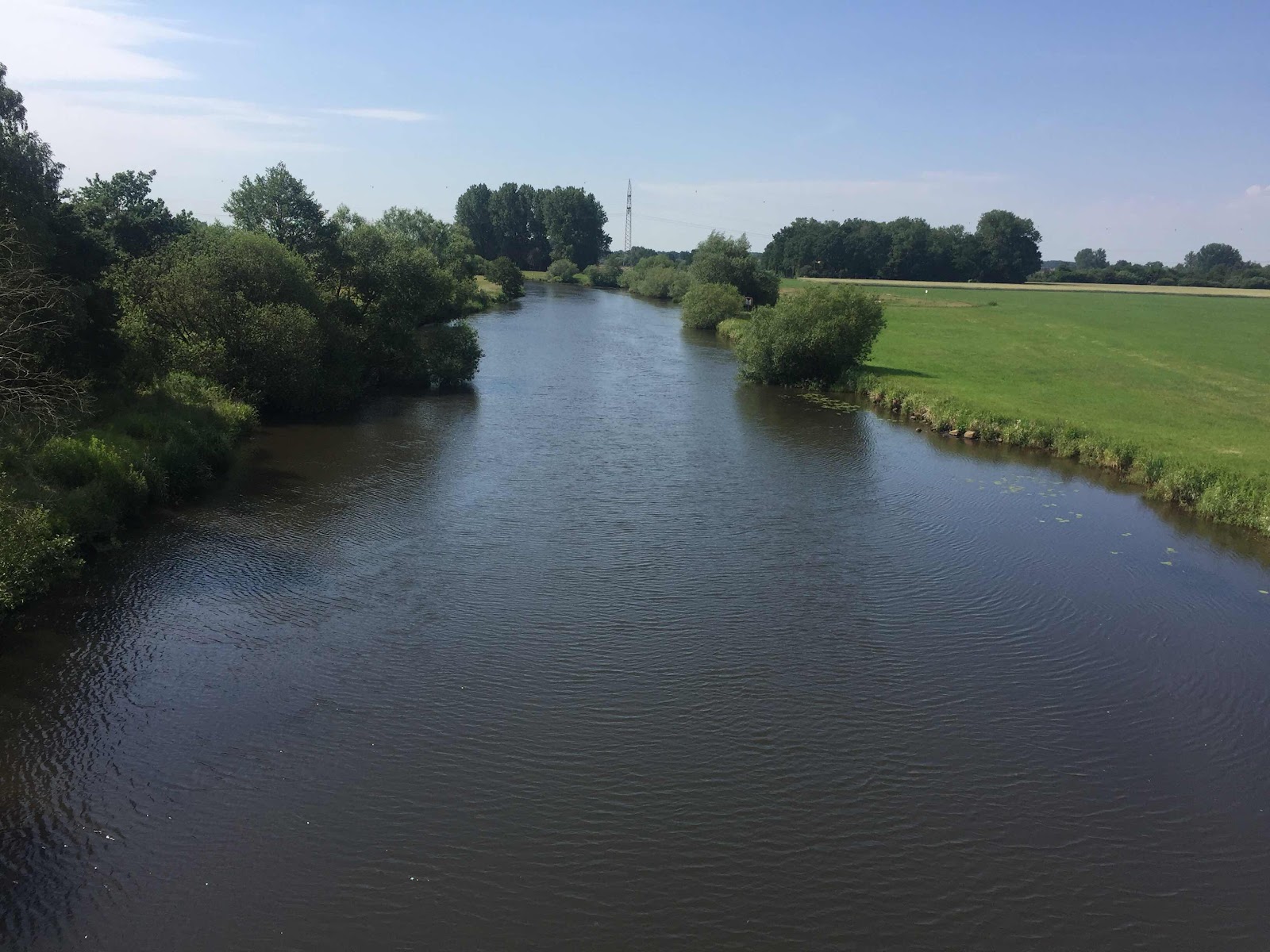 The Aller River was crossed and Alan was reminded of all the times he had been on its banks for a River crossing exercise and also that as the Services Liaison Officer in Verden, he lived beside it! 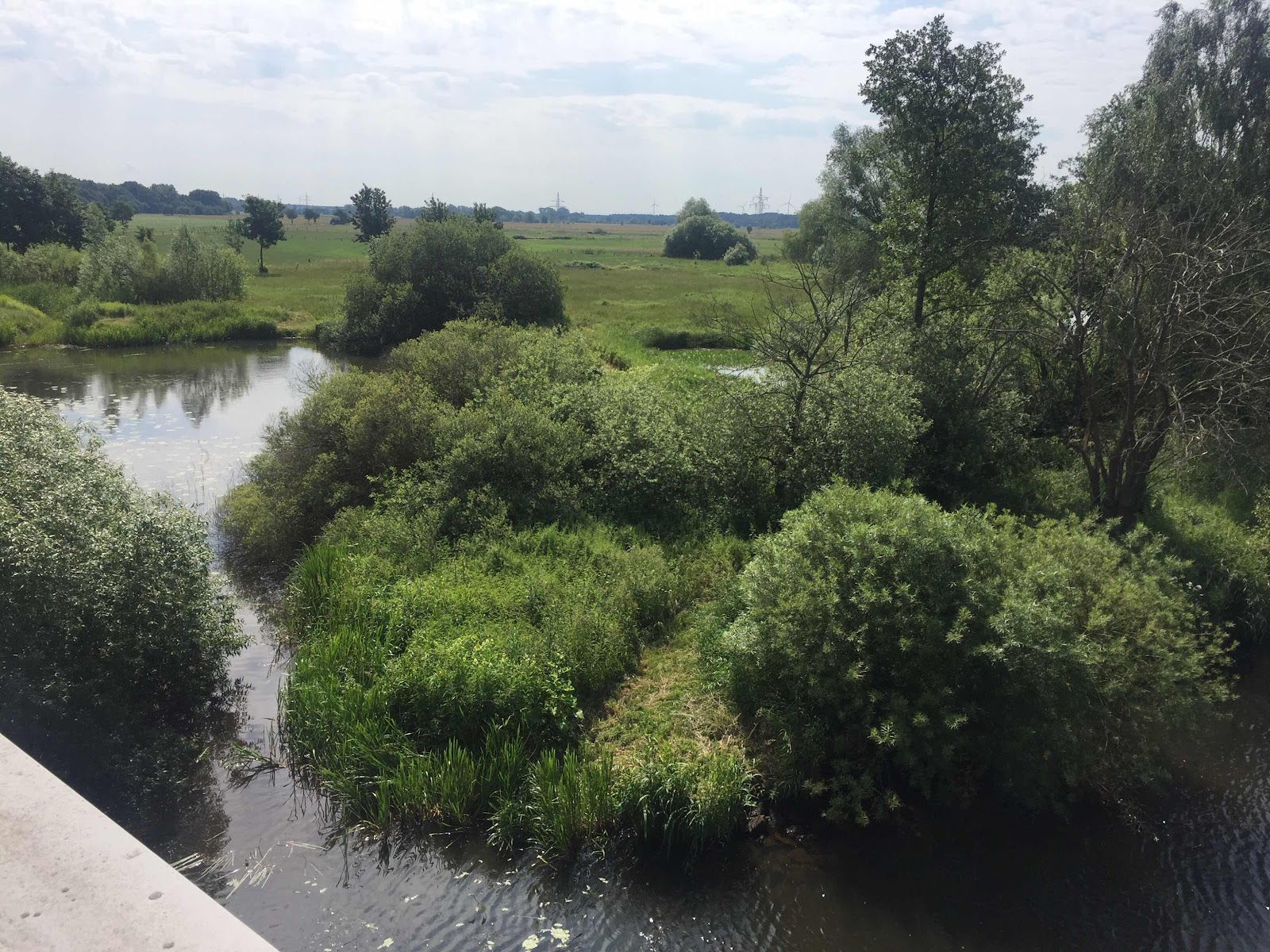 At one stage Alan’s Navi said we had to go straight, but there was no cycle path on the busy main road. Sensibly Chris suggested following a cycle path to the east, which we did and then he discovered the sign that led us again on safe cycle paths away from the traffic! 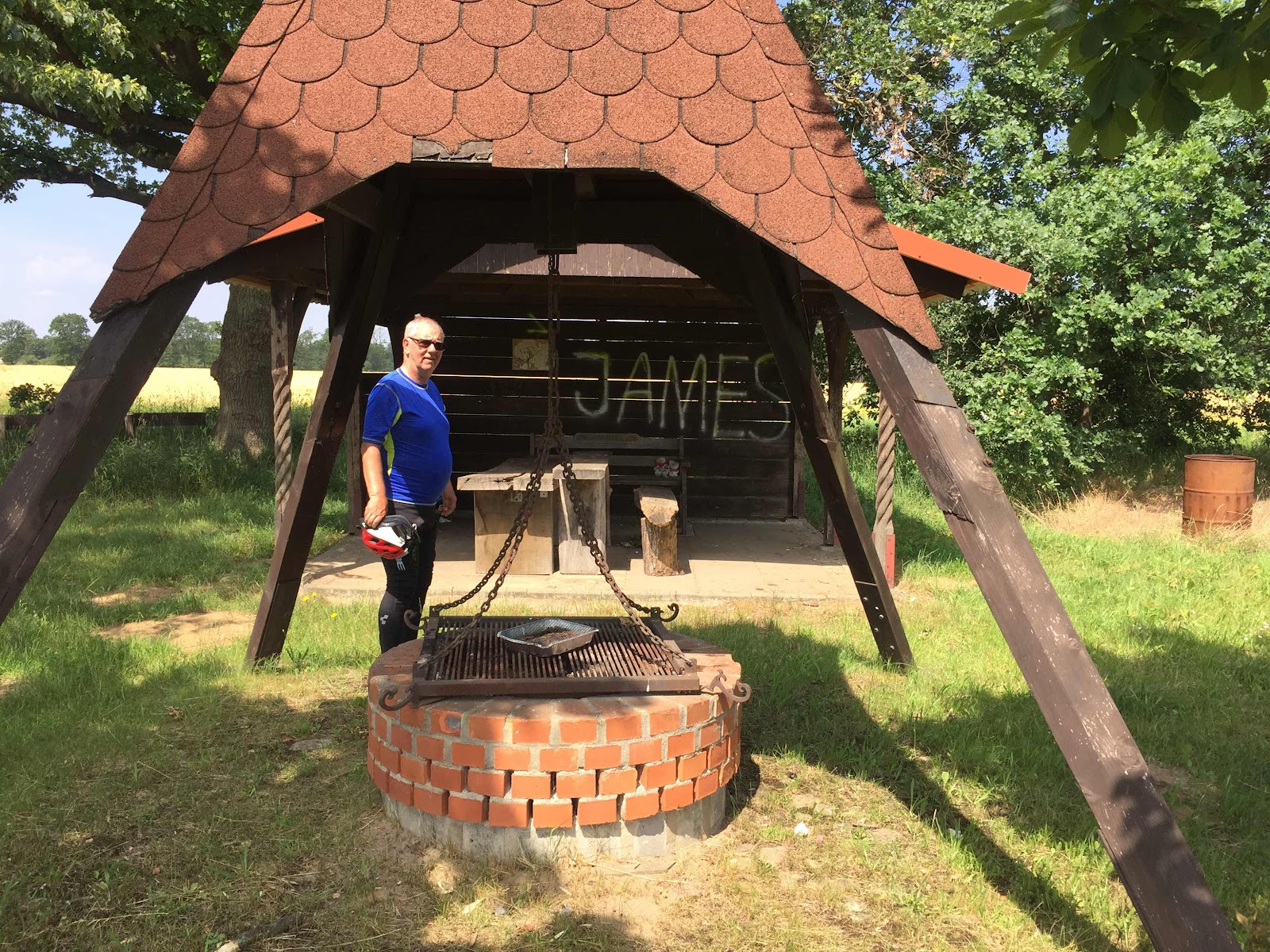 We stopped for a short rest at this barbecue place and we then insisted on having our photos taken in the seating area! 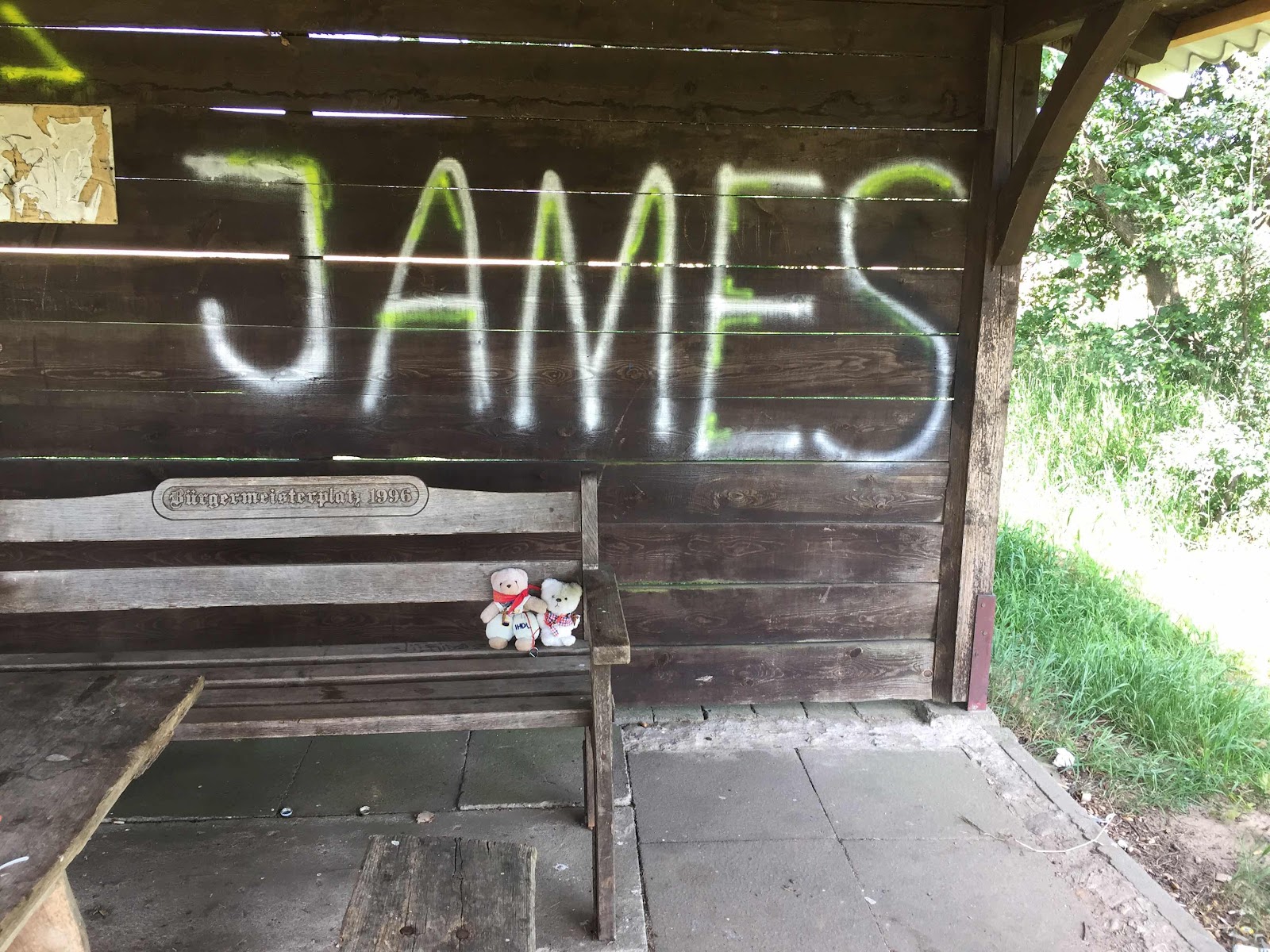 Did someone know we were passing this way? 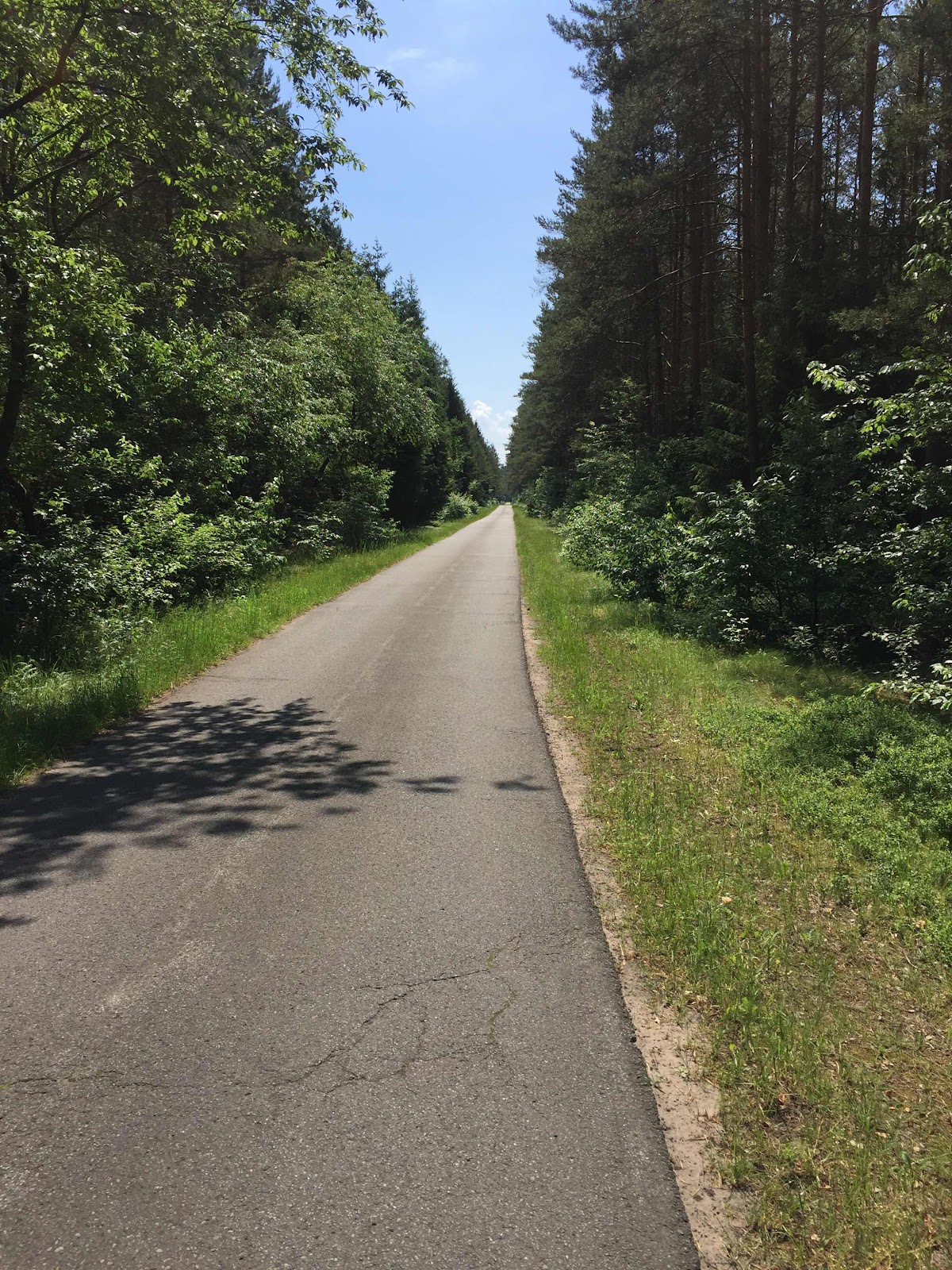 Then we found ourselves cycling along a nice tarmac road through the forest. Here the humans were able to cycle side by side. Alan then noticed that Chris’s bike computer was showing a different speed to us, though we were keeping abreast? The two humans discussed this anomaly and then did a couple of measured kilometres. Alan’s bike was 0.20 Kms shorter than Chris’s! Our BBF will have to get it checked when we get back.
Riding into the city, the traffic got busier and nosier. Not really to our liking. The humans stopped about five kilometres from where we were going to change into the RBL shirts for the arrival!
Dave Brett of the Hannover Branch was waiting for us in the street and waved us in. 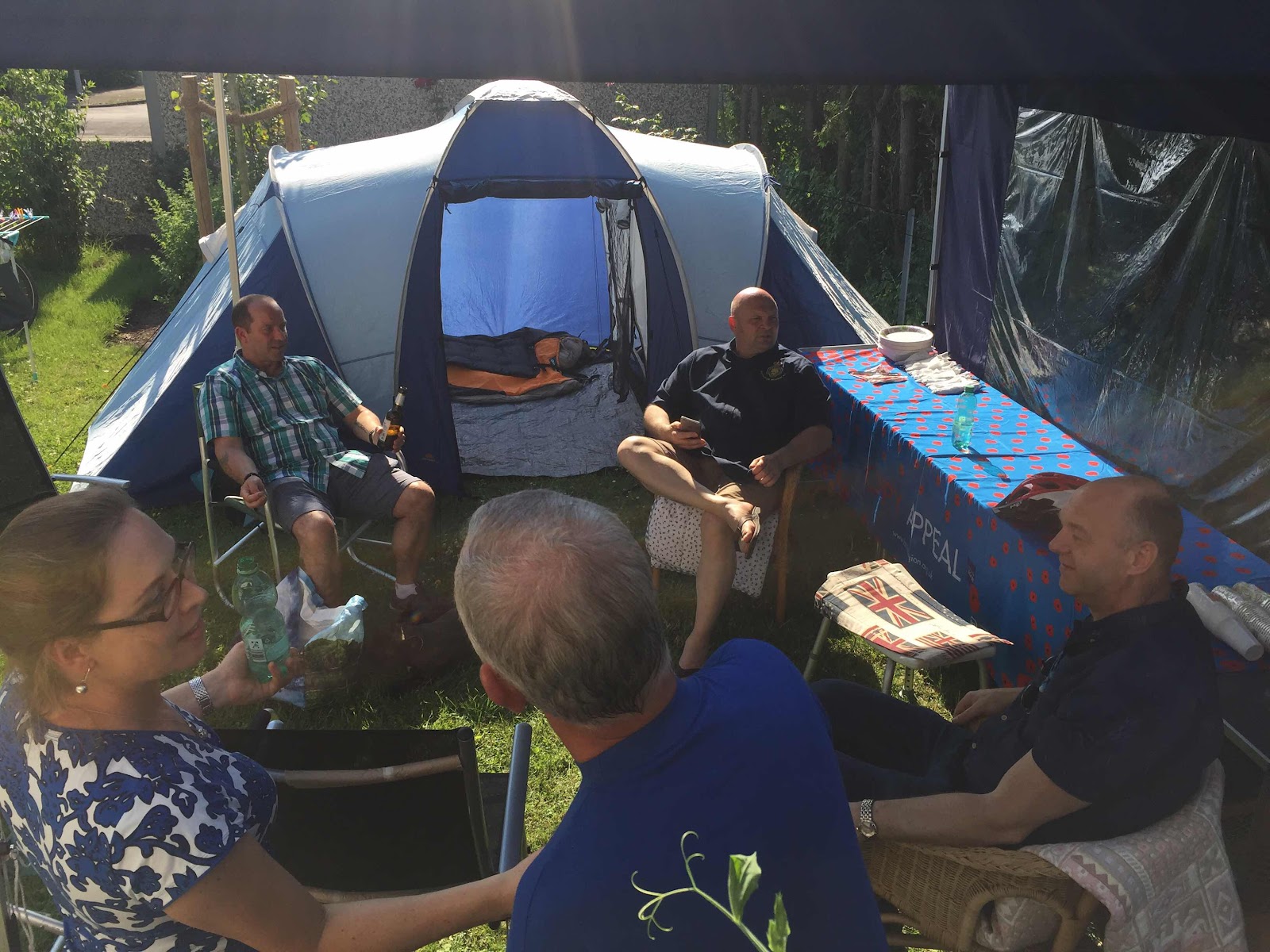 A tent had been erected for our accommodation and cold isotonic drinks were served. Then showers were in order and Dave kindly offered to do our human’s washing which was hung out in the hot sun to dry. 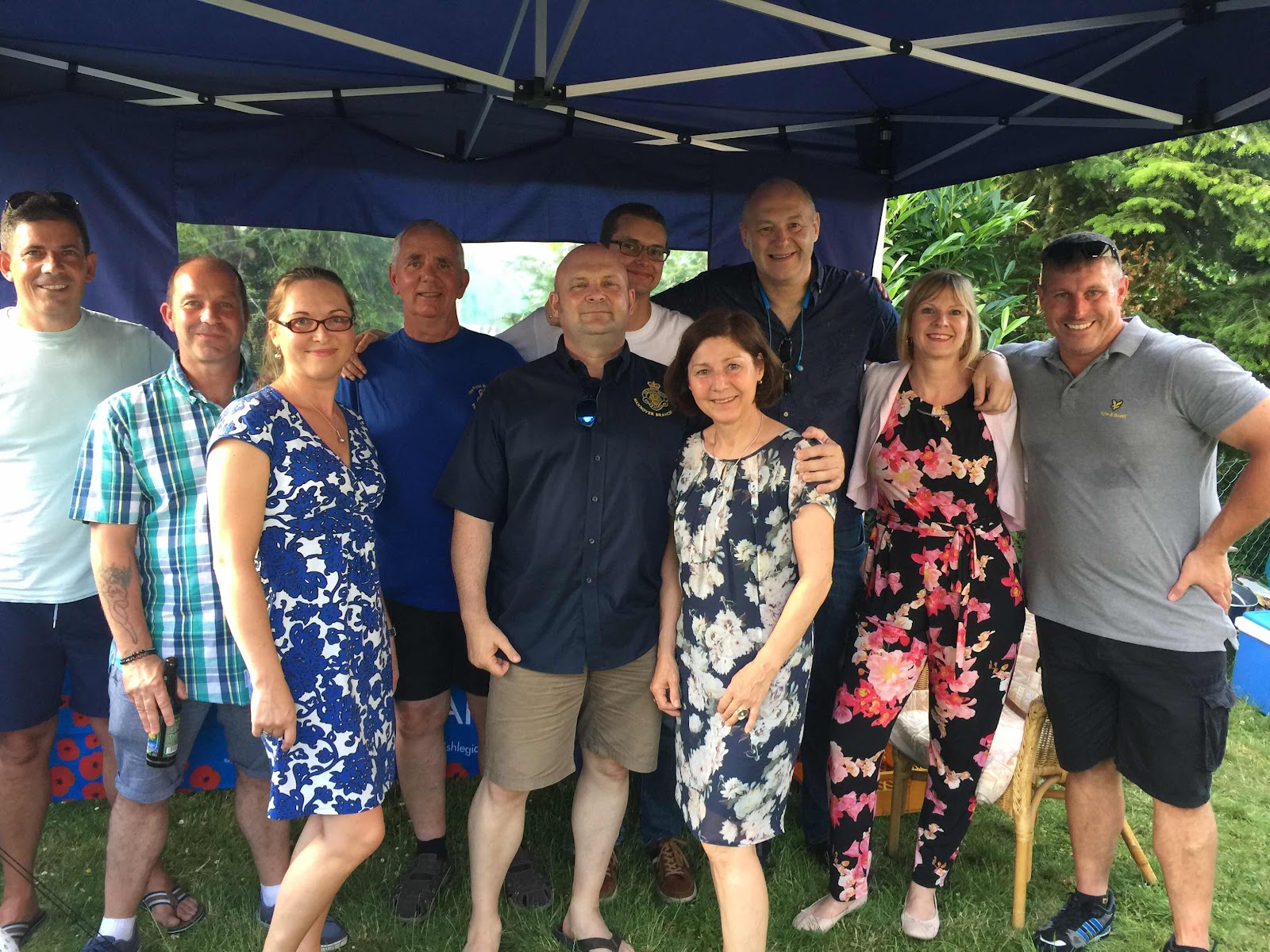 More members arrived and then Dave presented our humans with a very special pin. 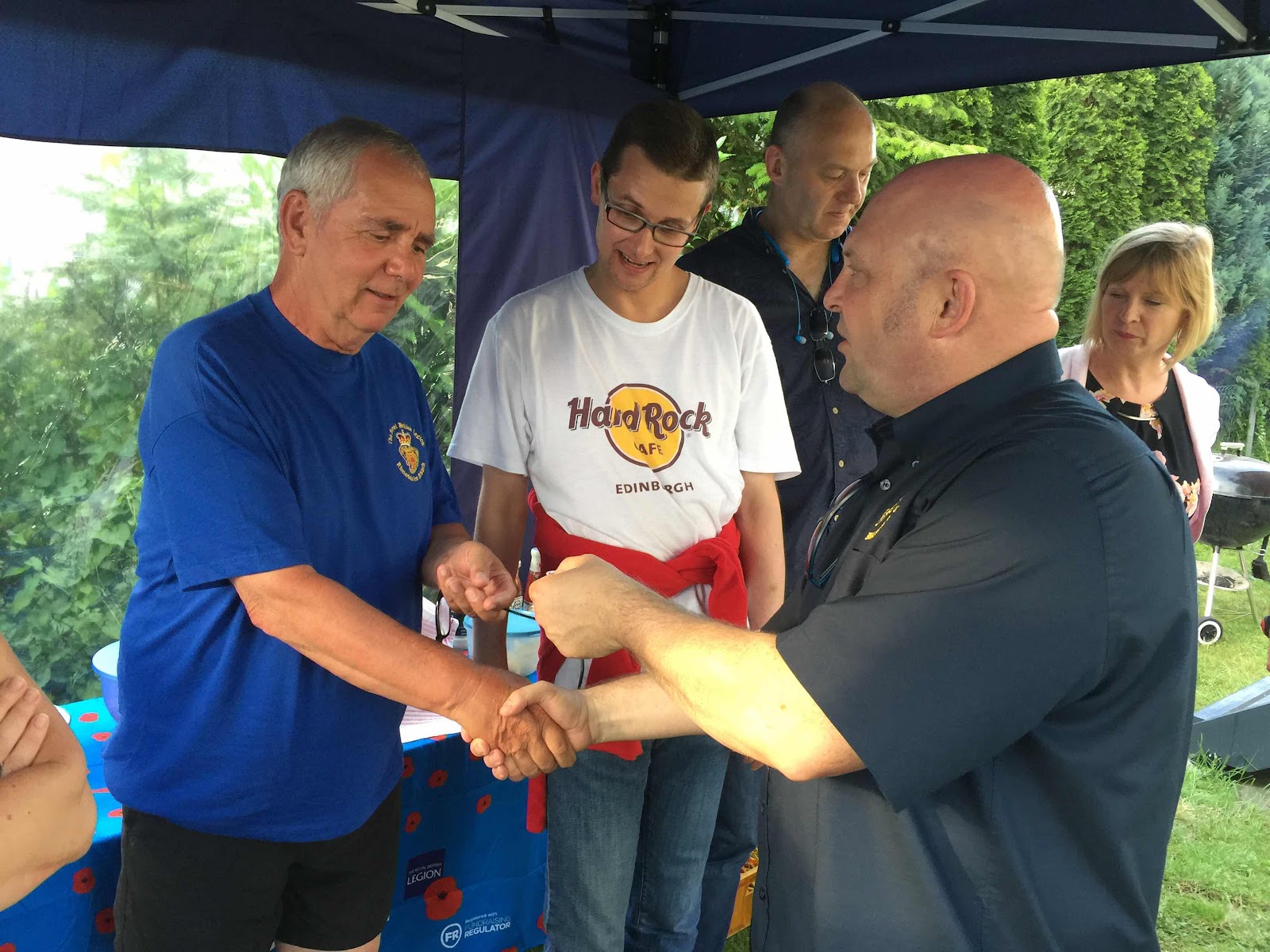