The sun shone in Jamestown 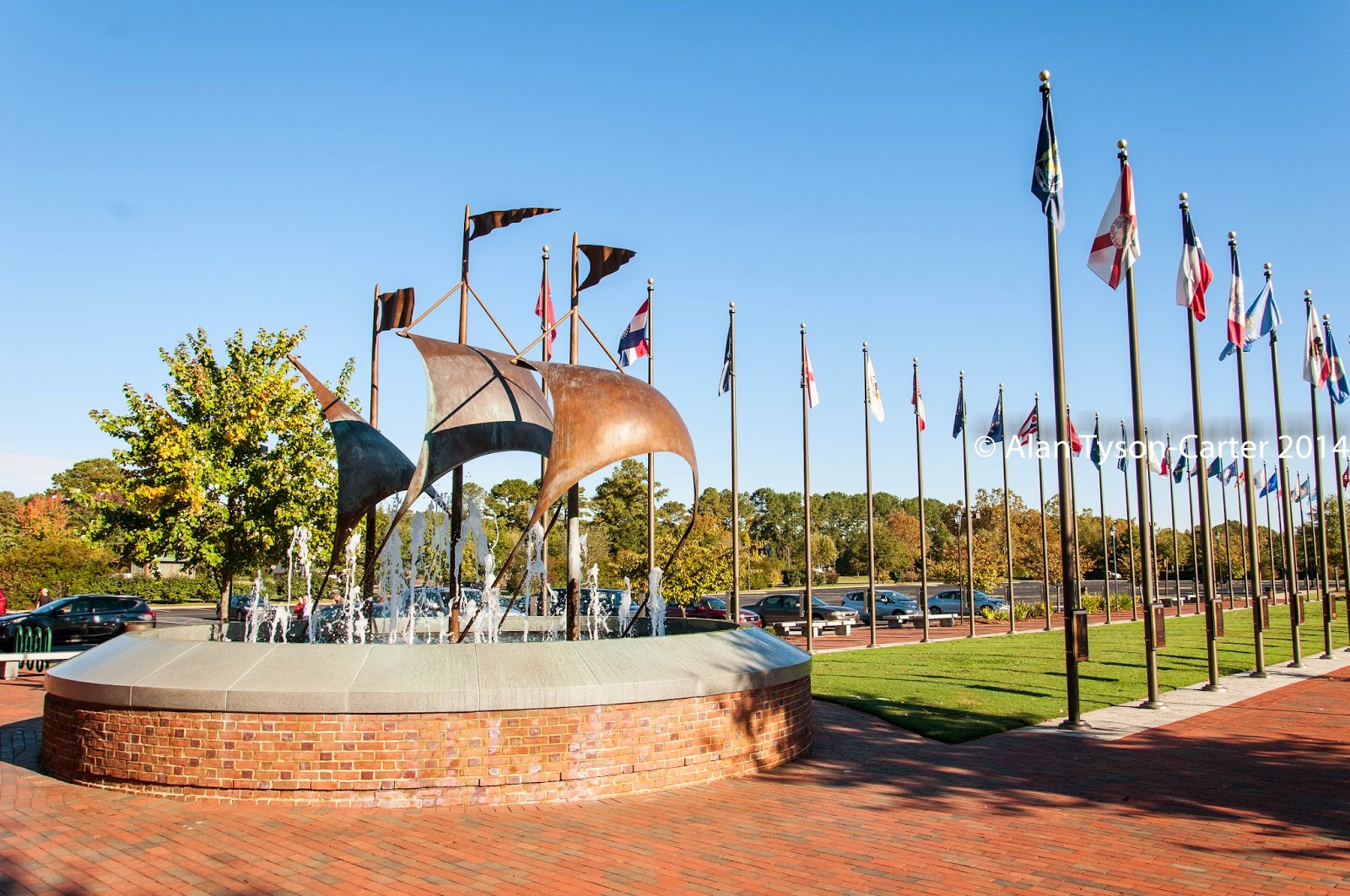 The sun shone today and laughed at us for our despair yesterday. Inside this large museum complex  we found a memorial to the 350th Anniversary of the Jamestown settlement. 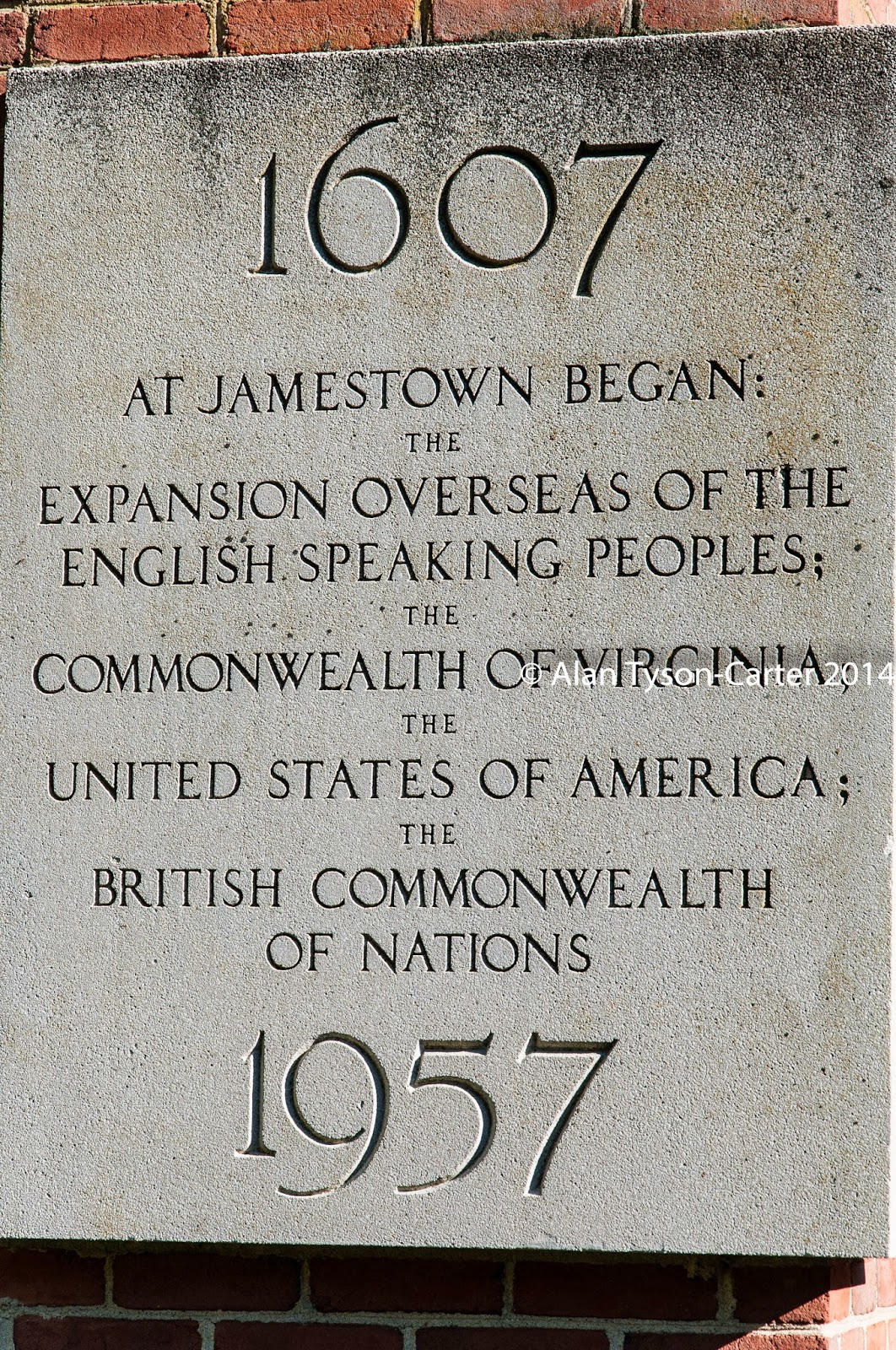 The boys took us first to the Powhatan Indian Village where we found bear skins in the lodges or yehakins as the Indians called their reed huts. We were a little afraid to be scalped ourselves, so today we did not chat up any dusky maidens. We did explore the yehakins though, and had a bit of fun playing hide and seek with the boys. 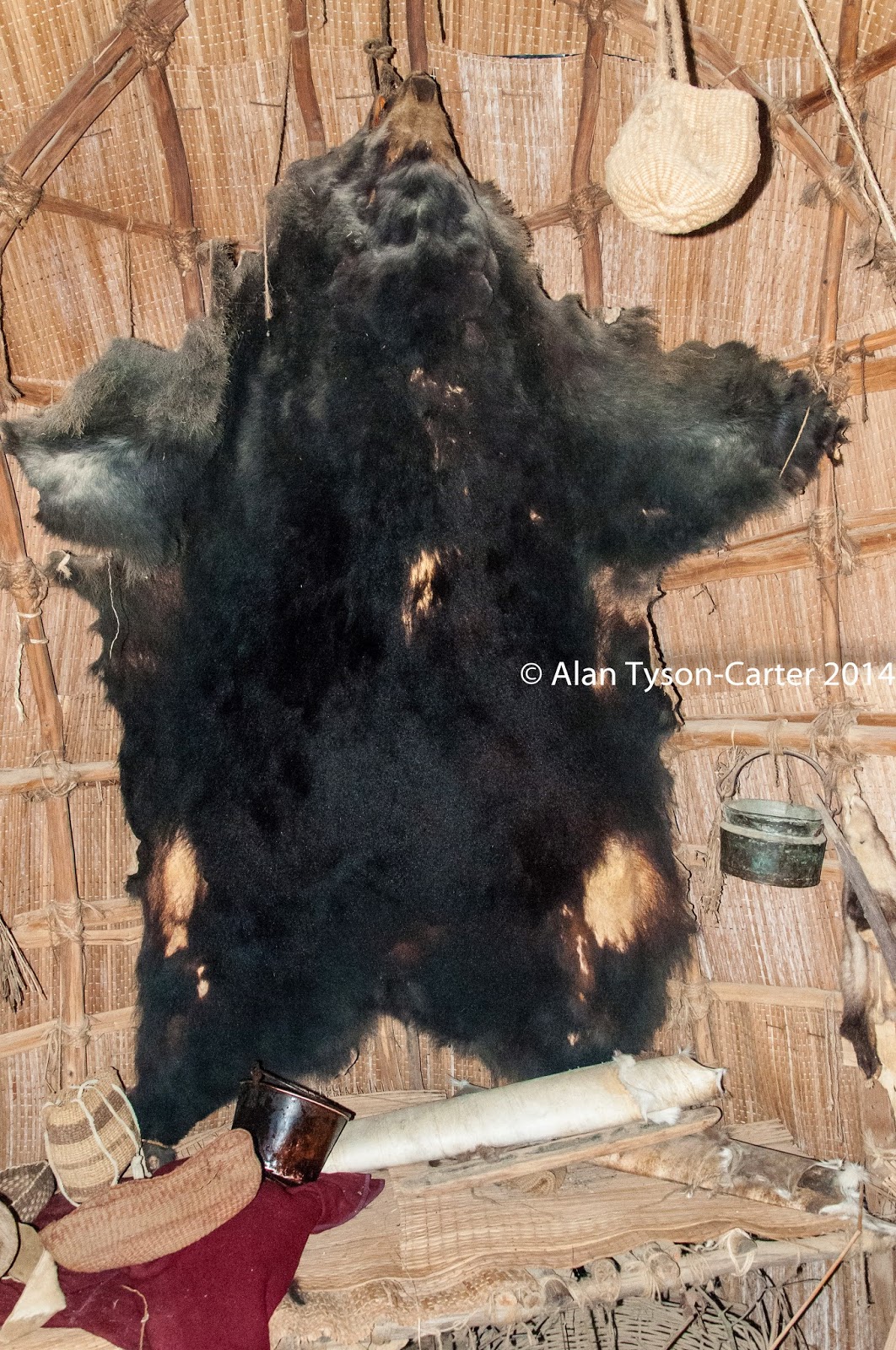 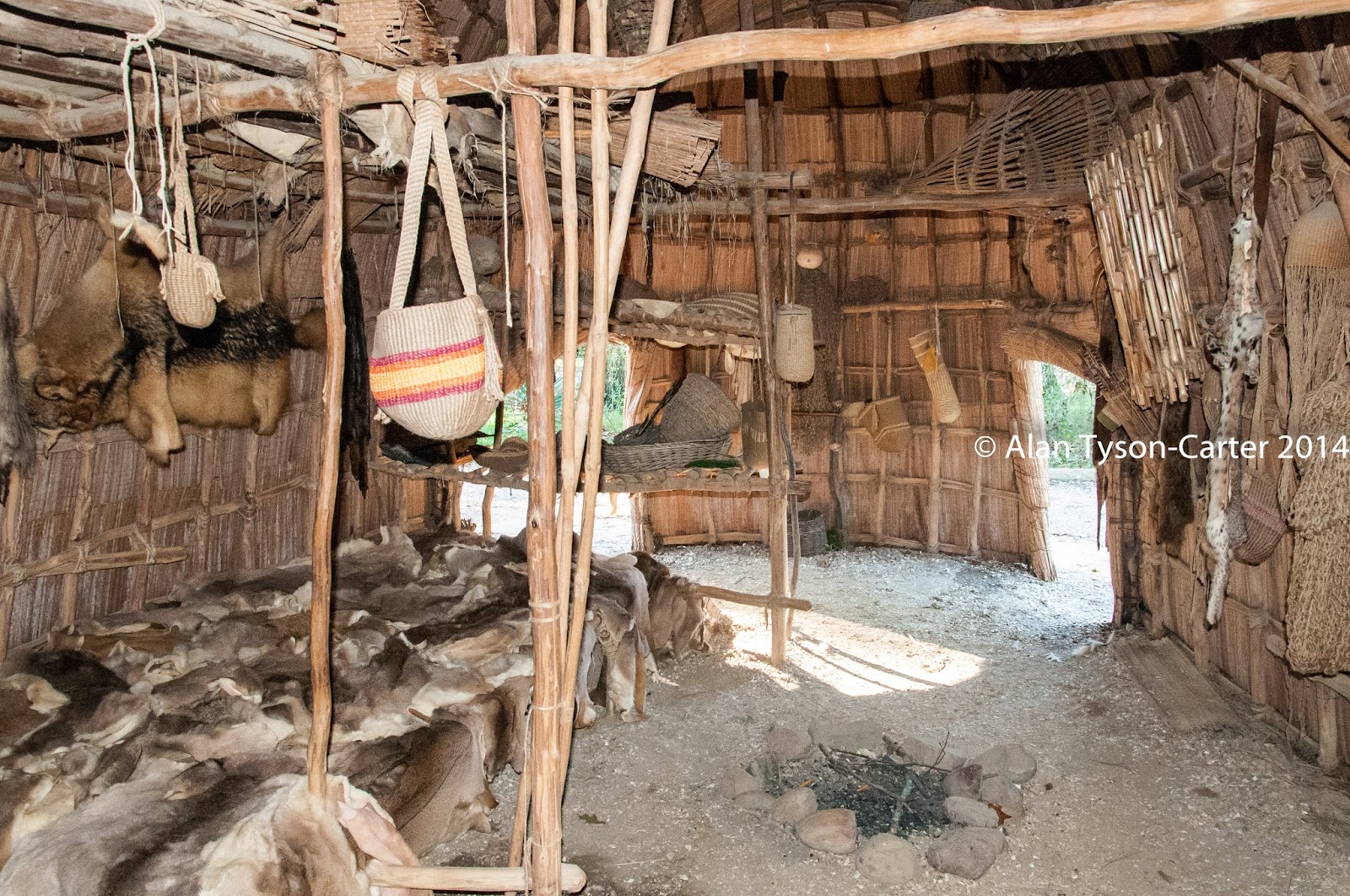 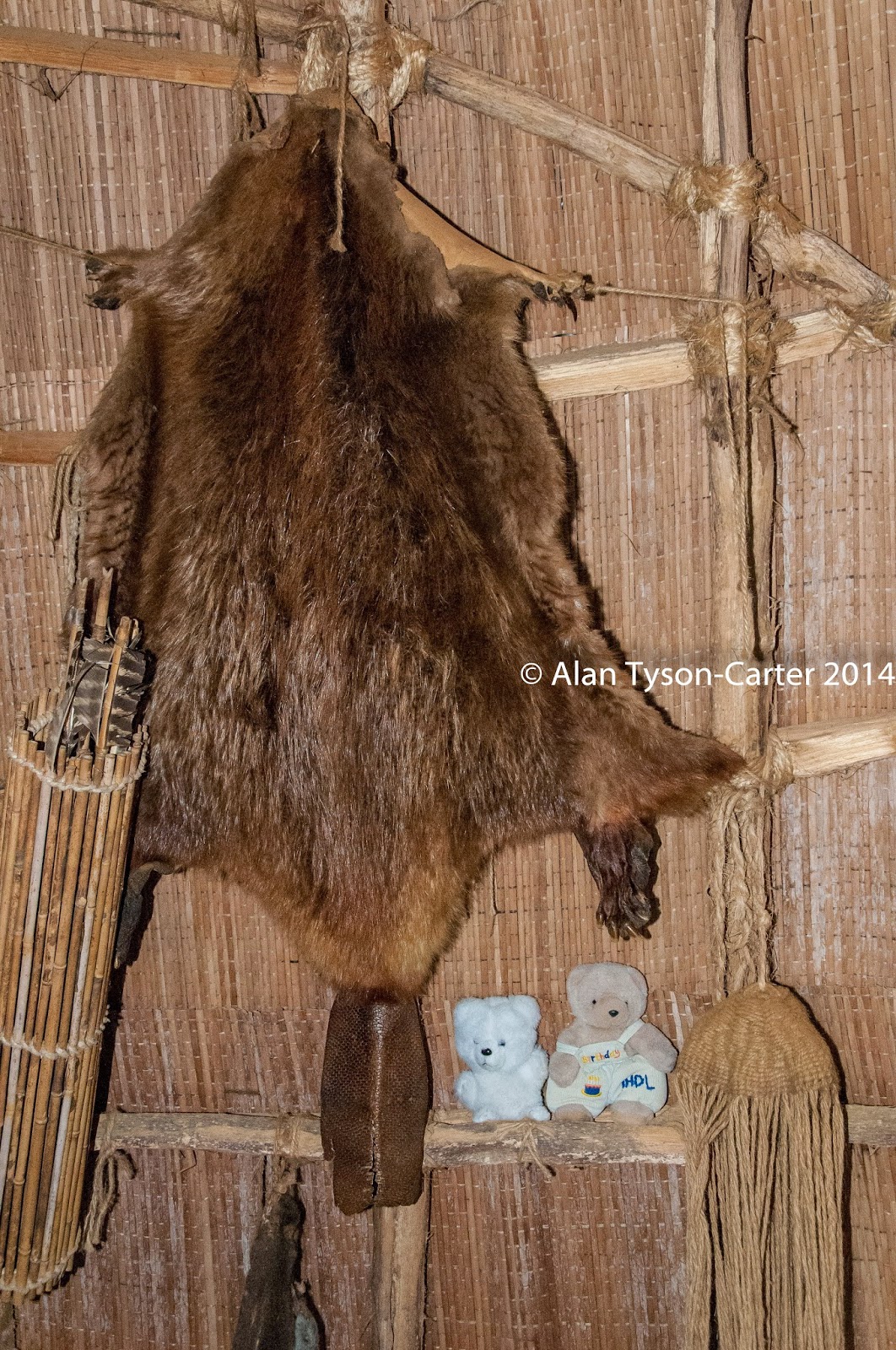 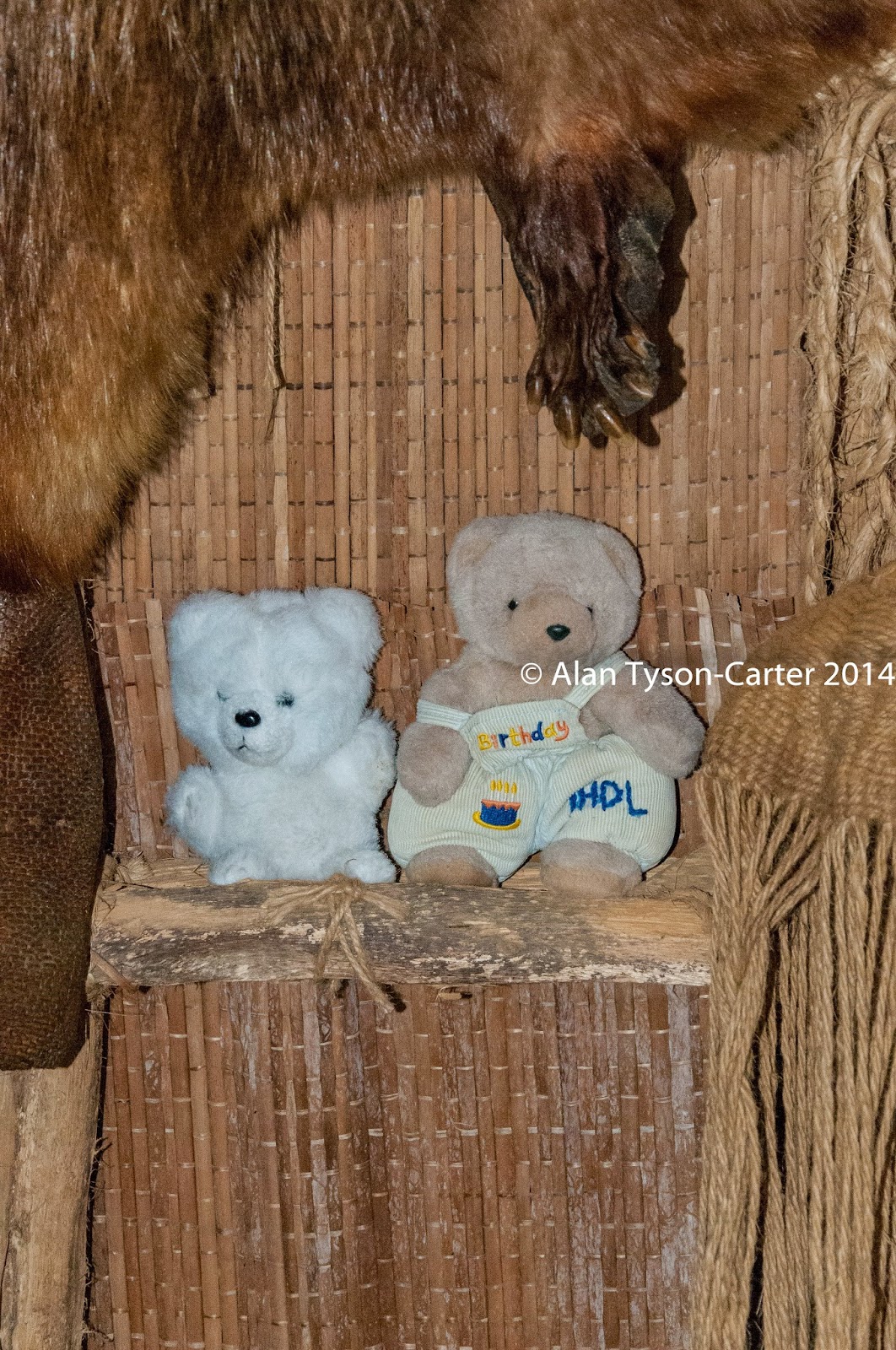 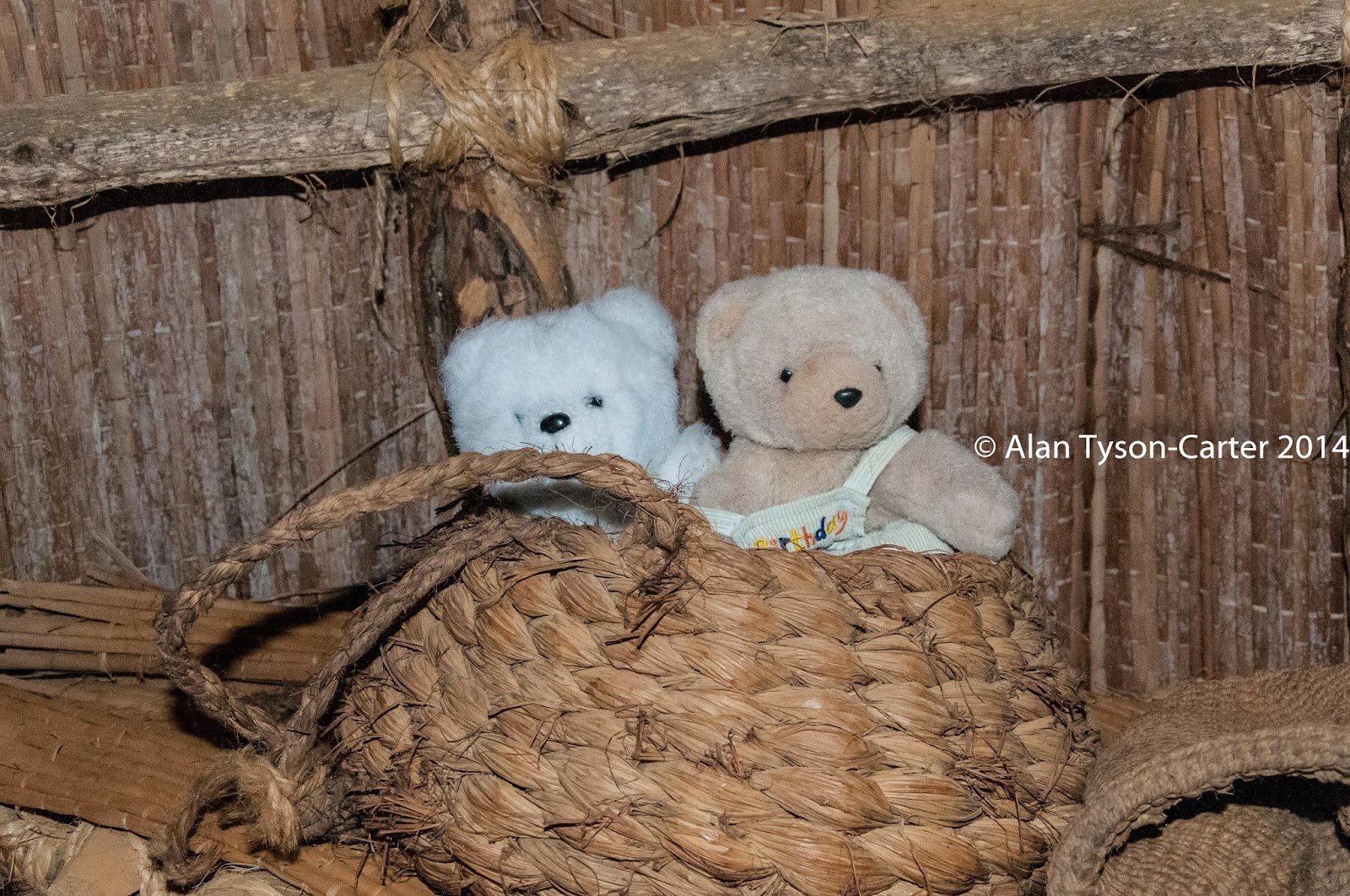 Alan gathered us in and told us to behave as we were now going aboard some ships. Moored in the little harbour were three replica ships that brought the first settlers to Virginia. This time it was Alan's turn to chat up a young maiden, and they had a nice chat about sailing then and now. Well, he does know a thing or two about it. 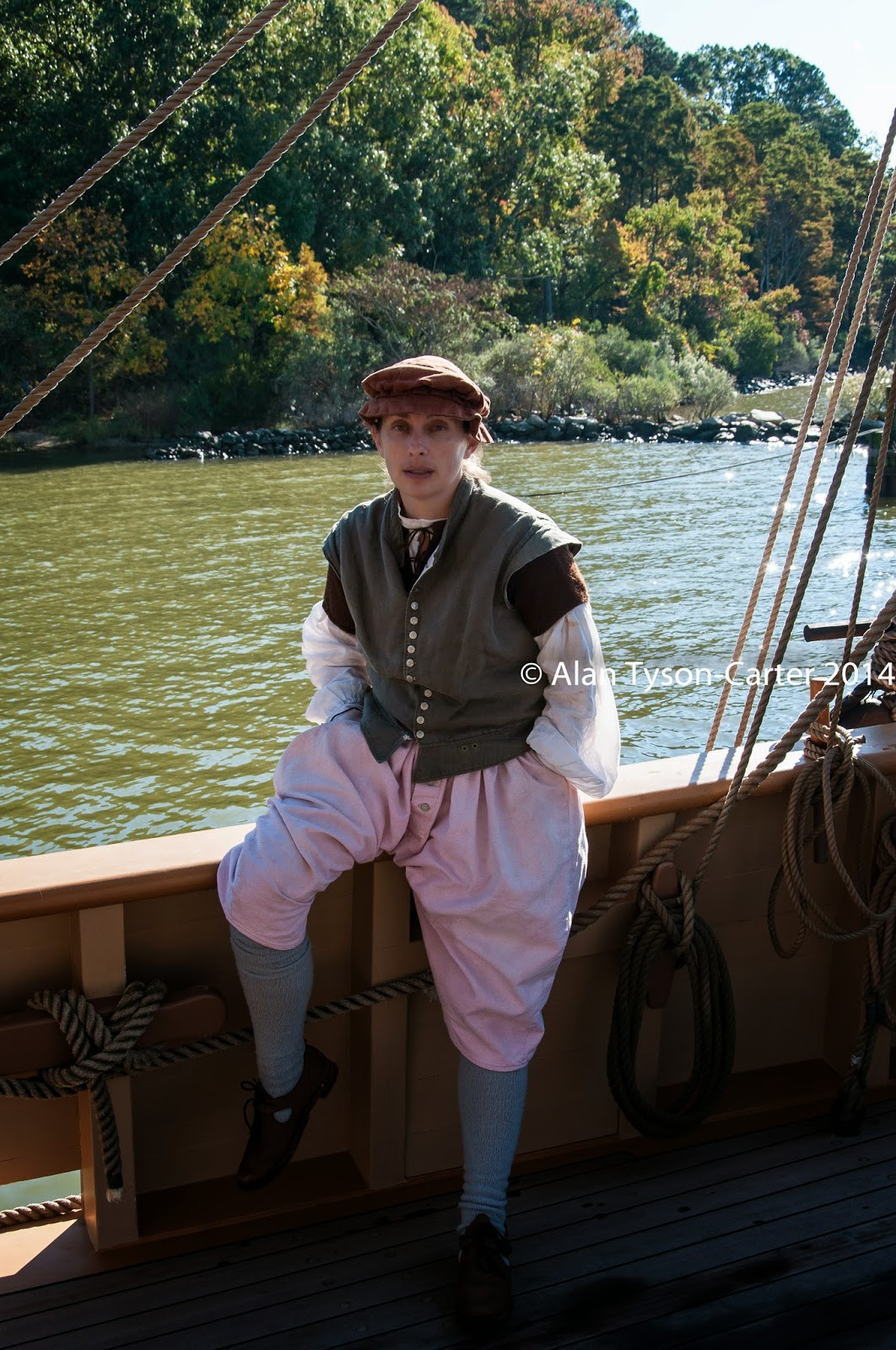 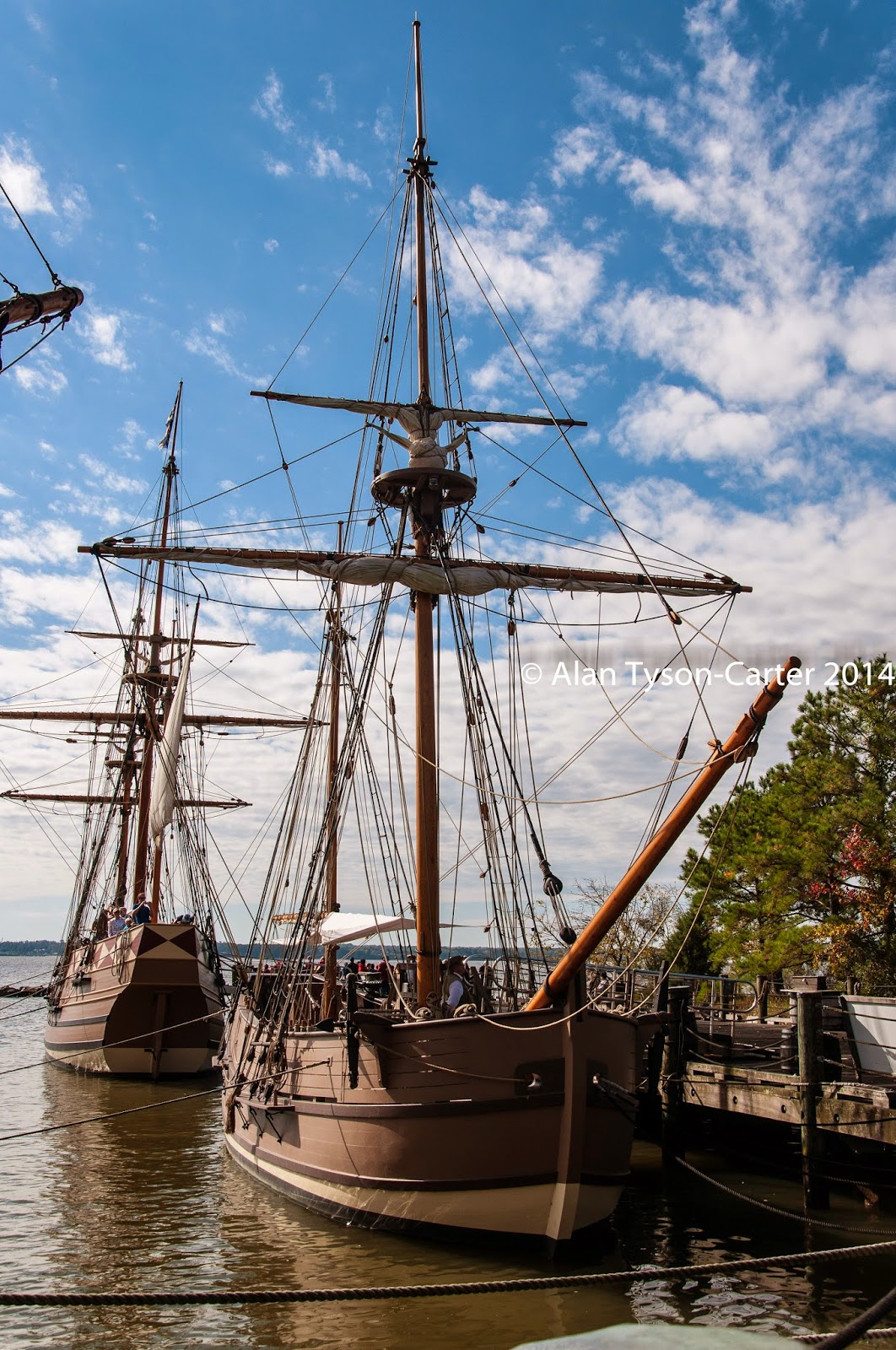 We spent quite some time on these two vessels and only left when groups of school children came aboard.

In the fort, Alan chatted to the cook who was making pasta, about recipes and such. We also saw some very happy chickens running about, the blacksmith was working hard at his business and in the largest building, which was the church, we found some tablets with prayers on the wall. 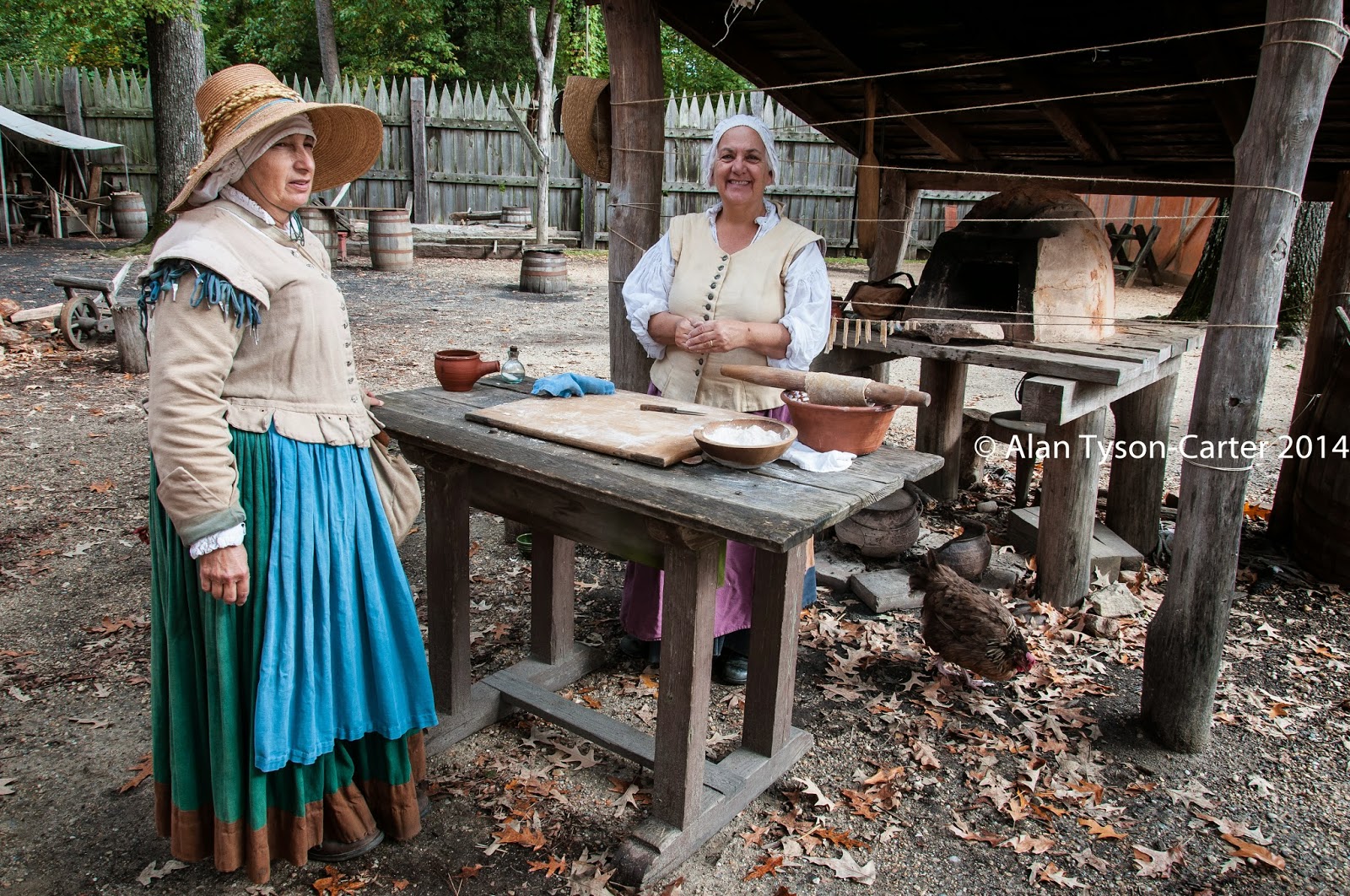 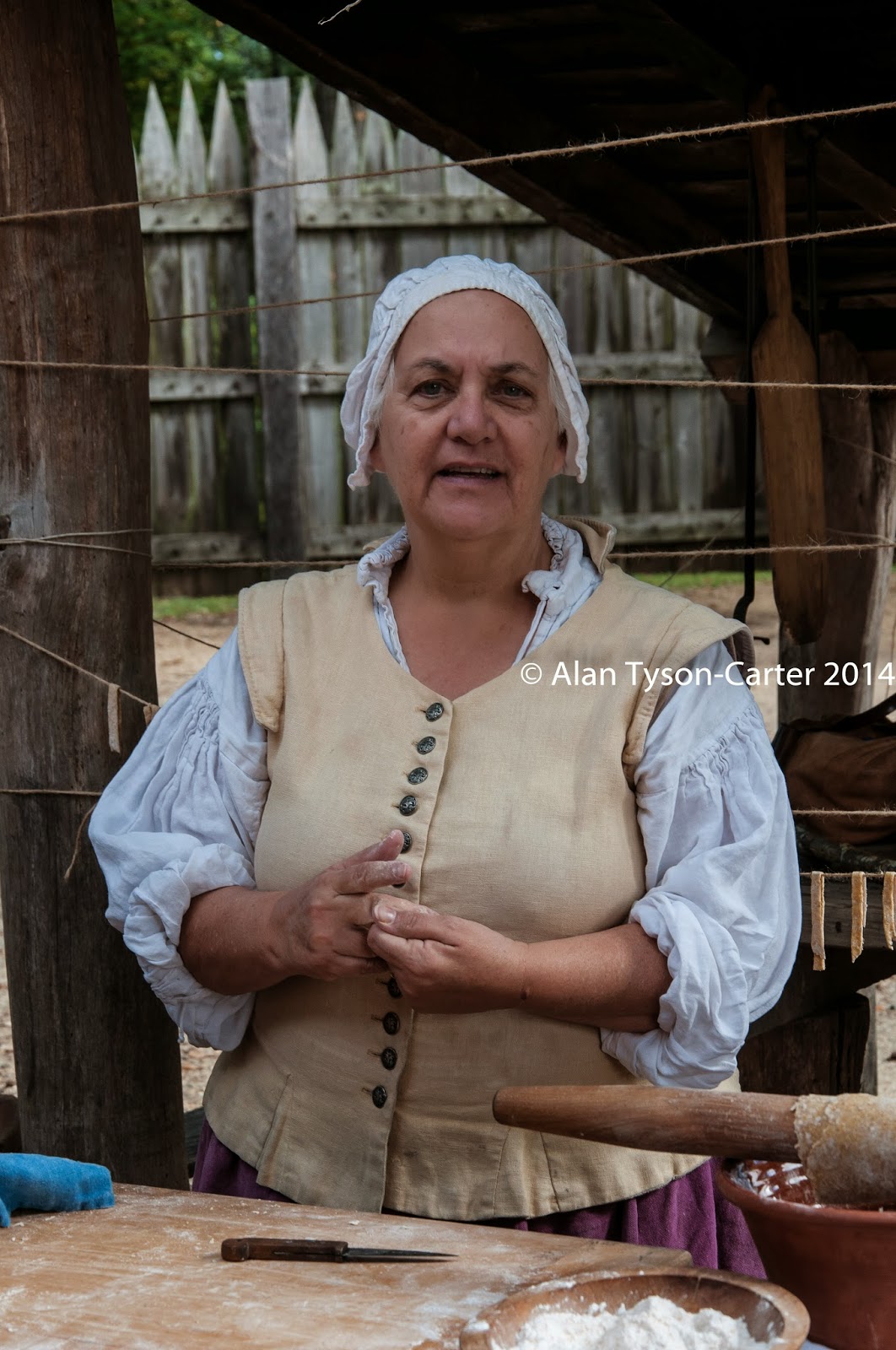 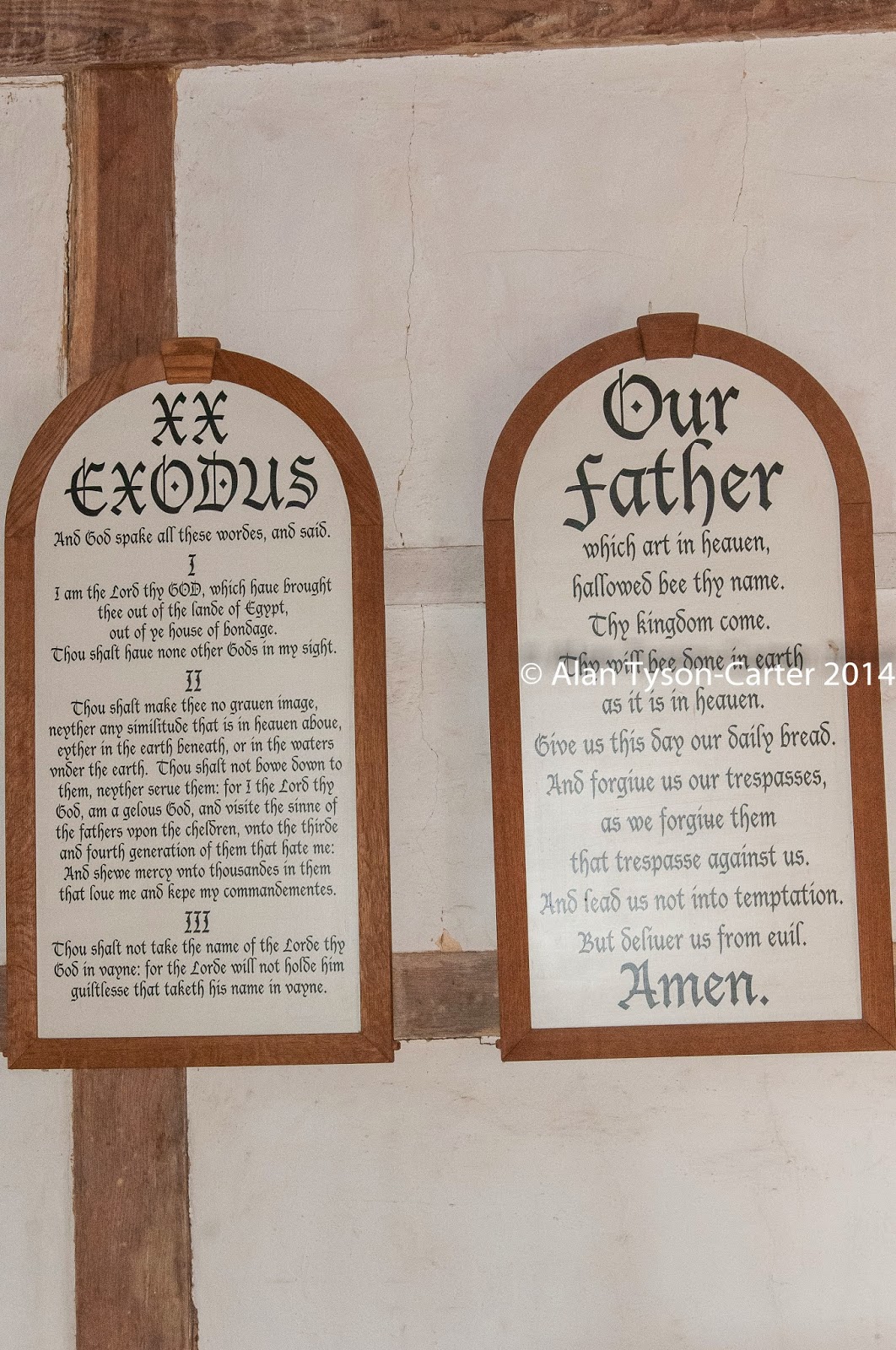 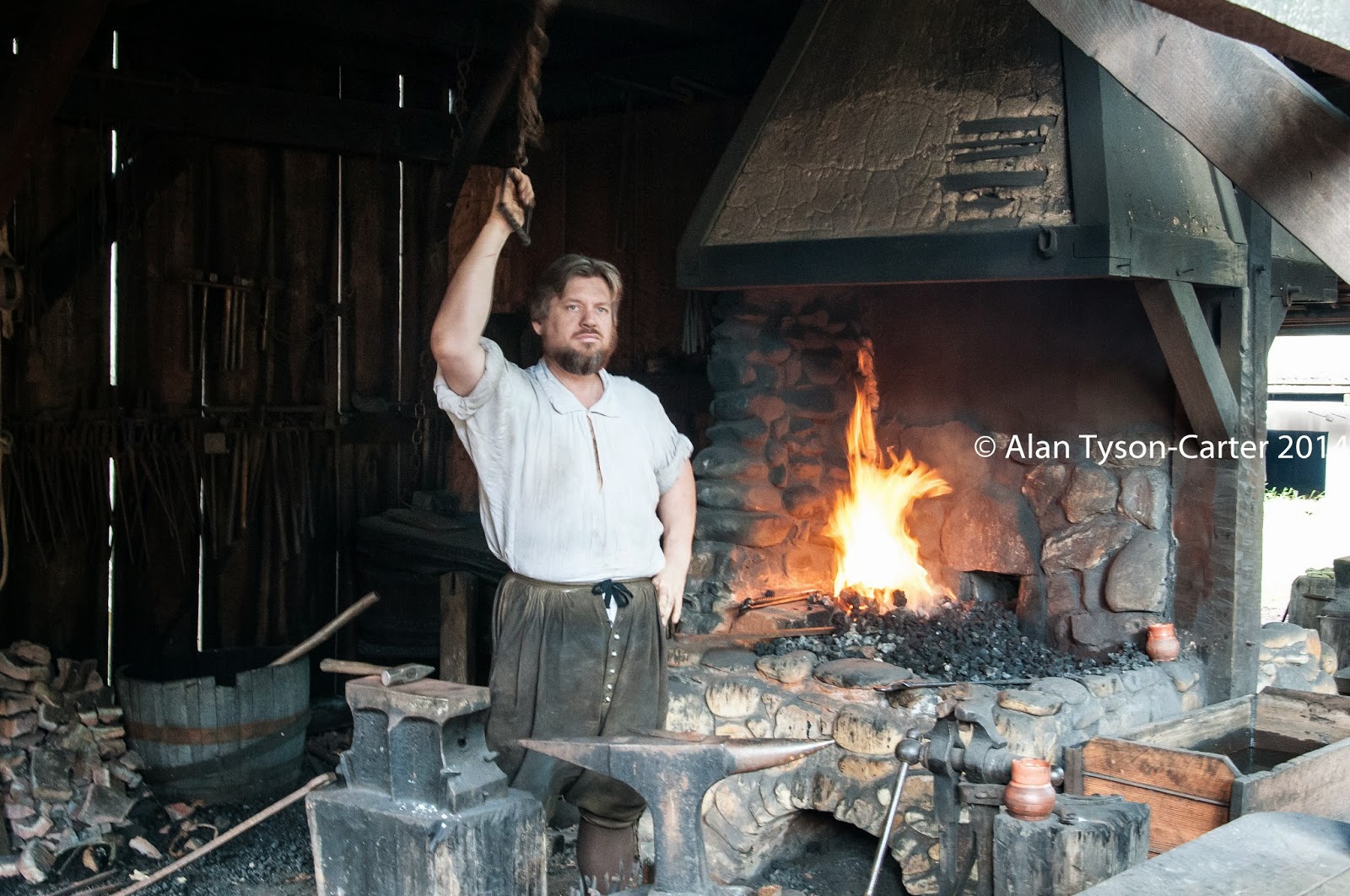 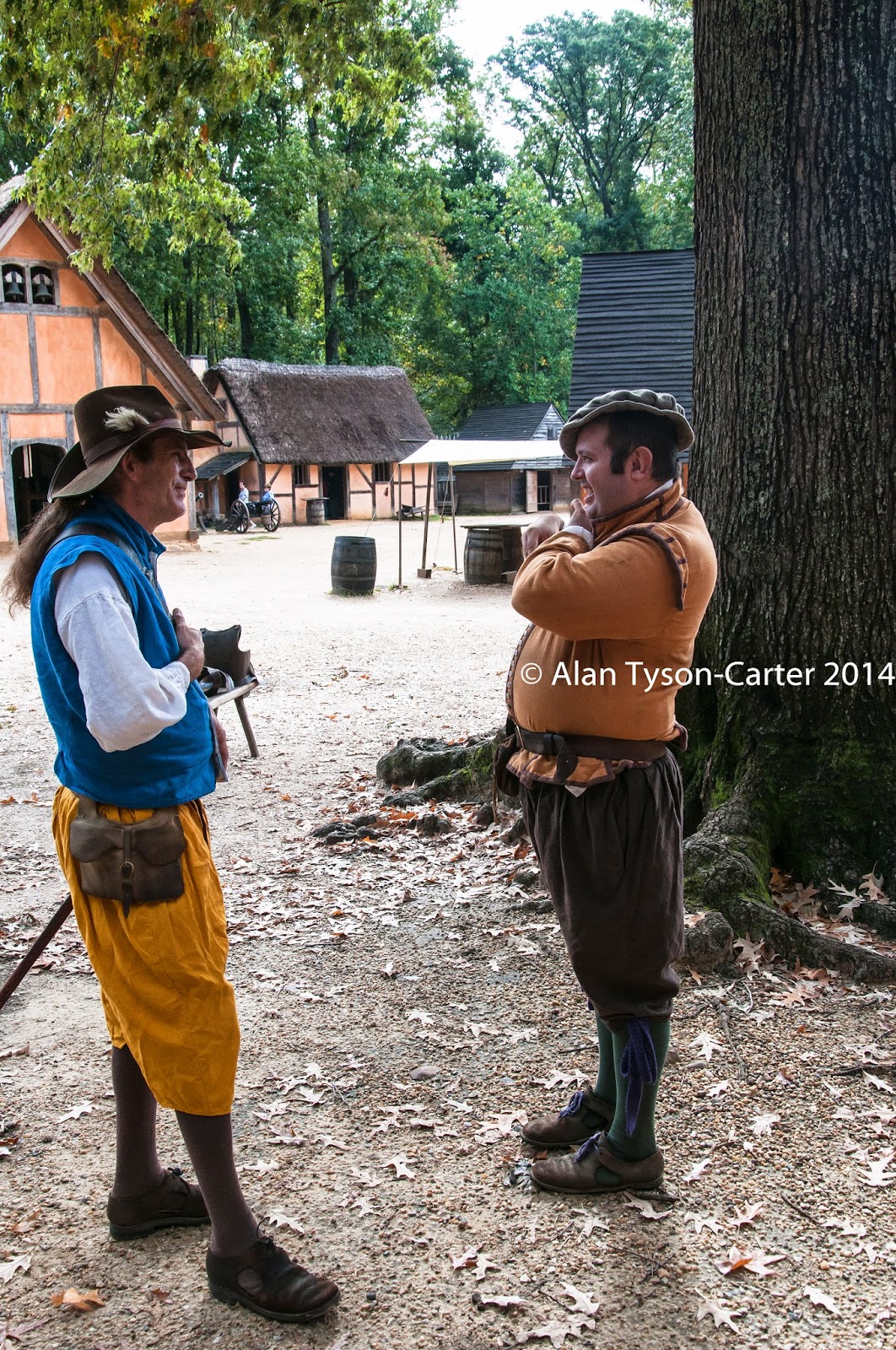 Honour satisfied we left Jamestown to come back to Washington and after a three hour journey, again using the iPad to navigate by, we arrived at our last hotel.