Rain did not stop their parade!

The day got off to a weird start. Firstly Alan who had gone to breakfast in his "brothel creepers" (suede leather shoes with crepe rubber soles, to you), forgot to take them off and got in the shuttle bus to go to the Metro. George pointed it out to him, he would never have known otherwise! He remarked that it showed how comfortable his hiking boots were for him not to notice! George couldn't laugh since the other day he had gone into town and couldn't find his nice little Lumix camera. He thought he had put it in his pack, but when they got into town he searched and searched, but couldn't find it, so thought he had left it in the hotel room. But when he got back at the end of the day, it was there in his pack all the time! The forgetfulness of age is creeping up on these two, that's for sure!!!

We went to Union Station today and found that it is a super station, not unlike Grand Central in NY. It too has many levels, one of which is a pure eating hall with lots of different fast food outlets, on other levels there are shops and shoe shine places. 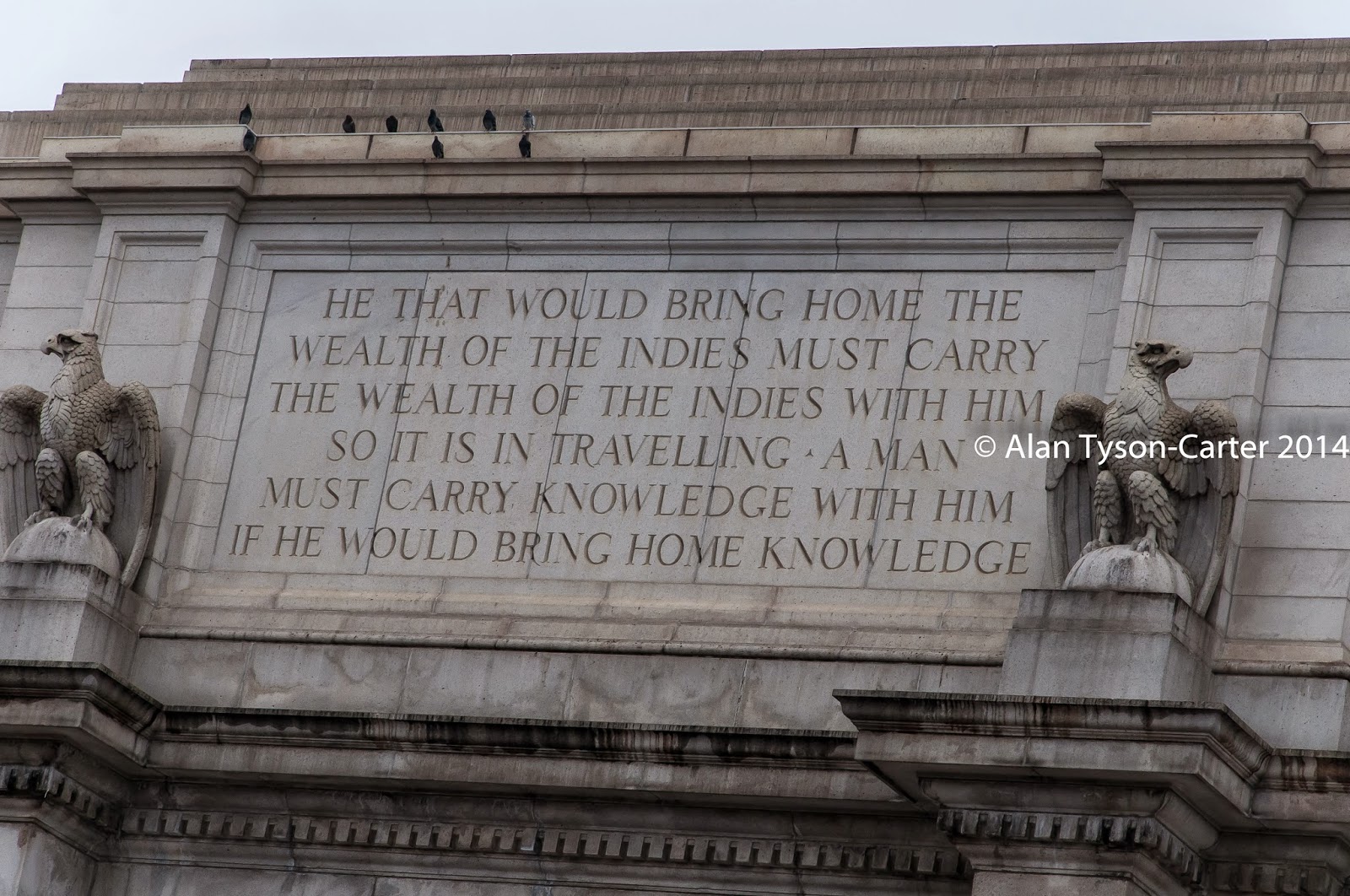 When we got outside we found it was drizzling. We also found a statue of Christopher Columbus. 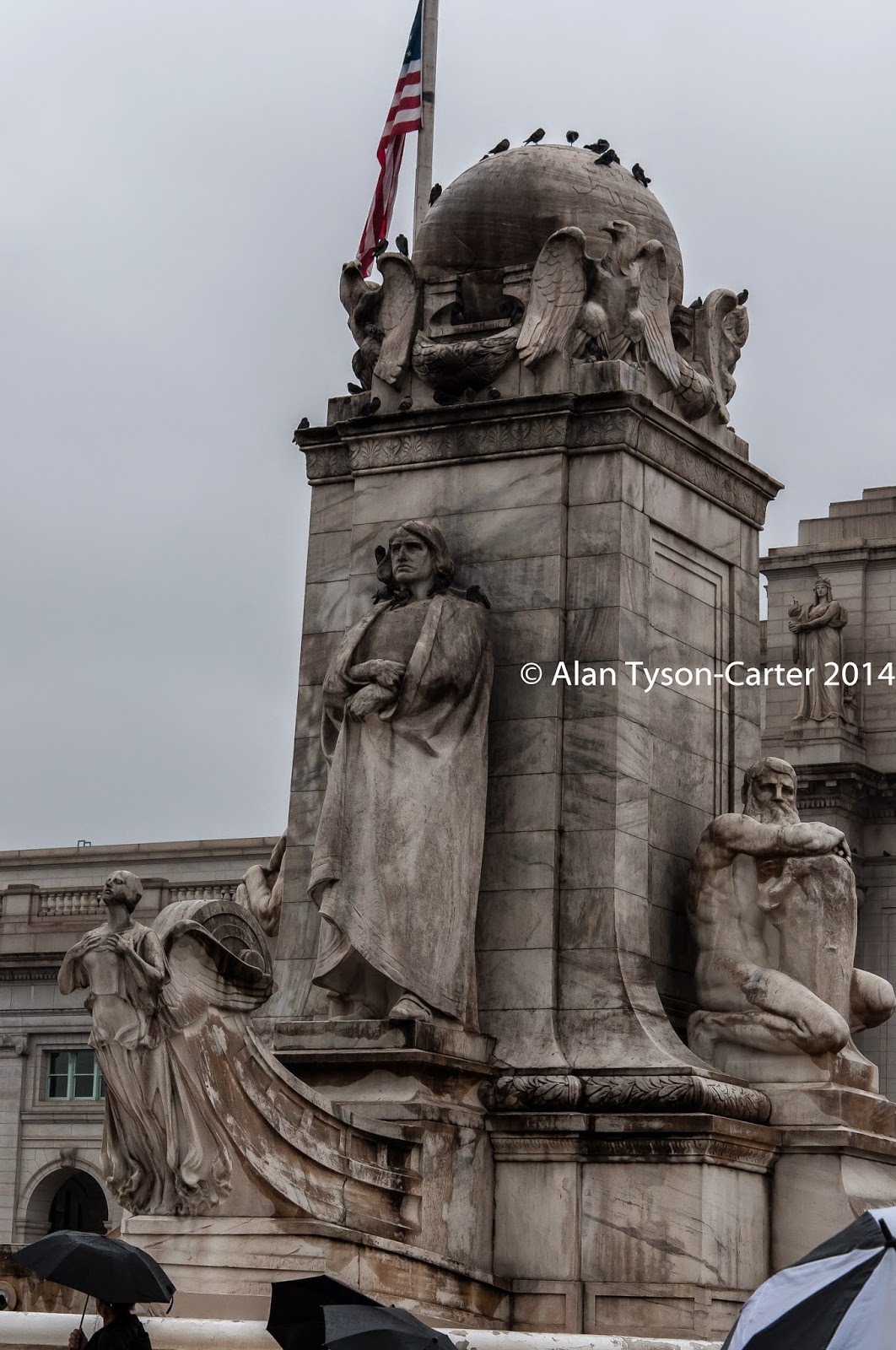 Now unbeknown to us today was also Christopher Columbus Day and a Public Holiday!! There the Knights of Columbus were gathering to honour the man in the rain. 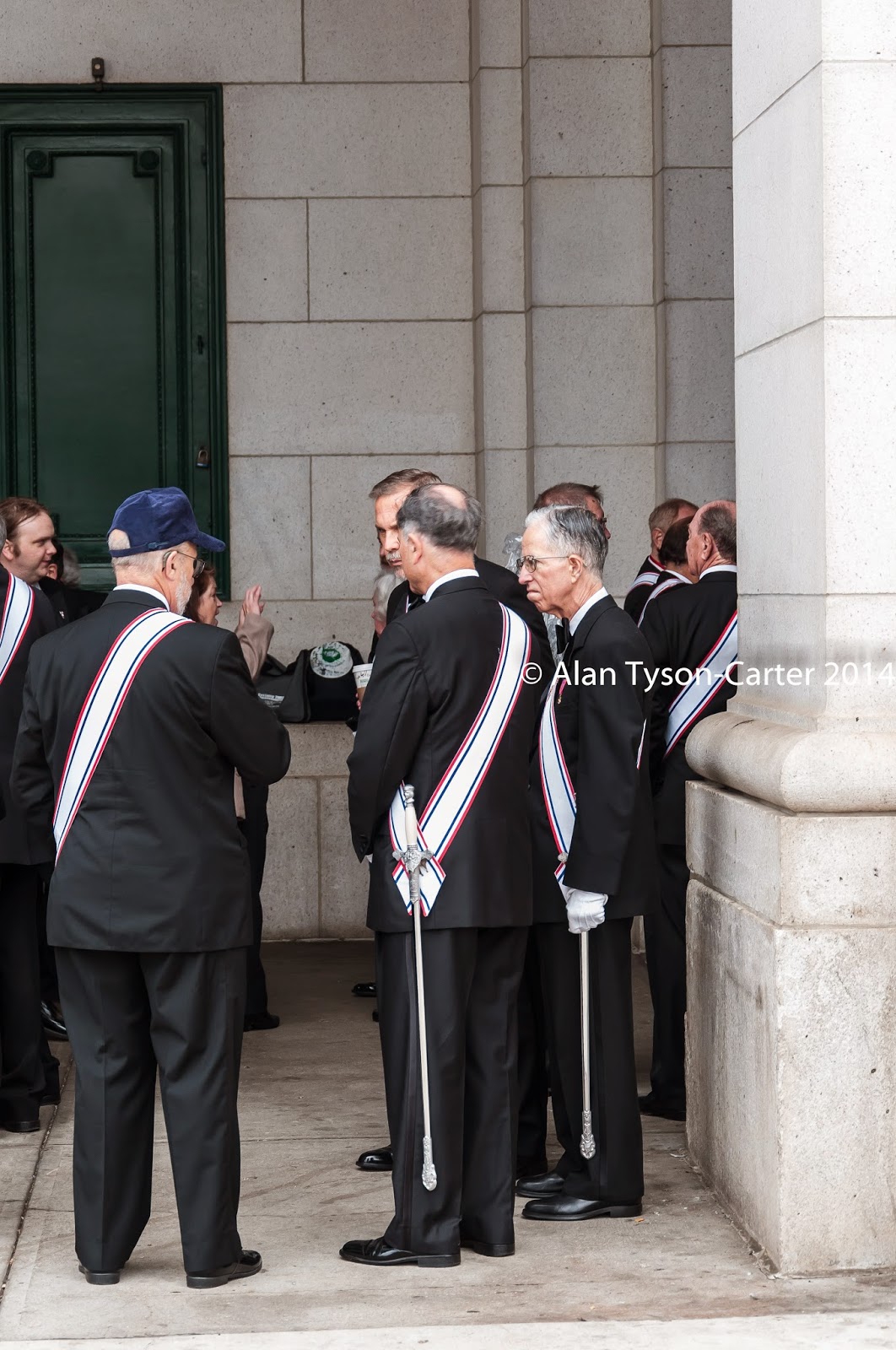 Since we now learnt that the Capitol was closed on a public holiday we stayed to watch the ceremony.

We left them to their speeches in the rain and went back into the station to have a cup of coffee before moving on. 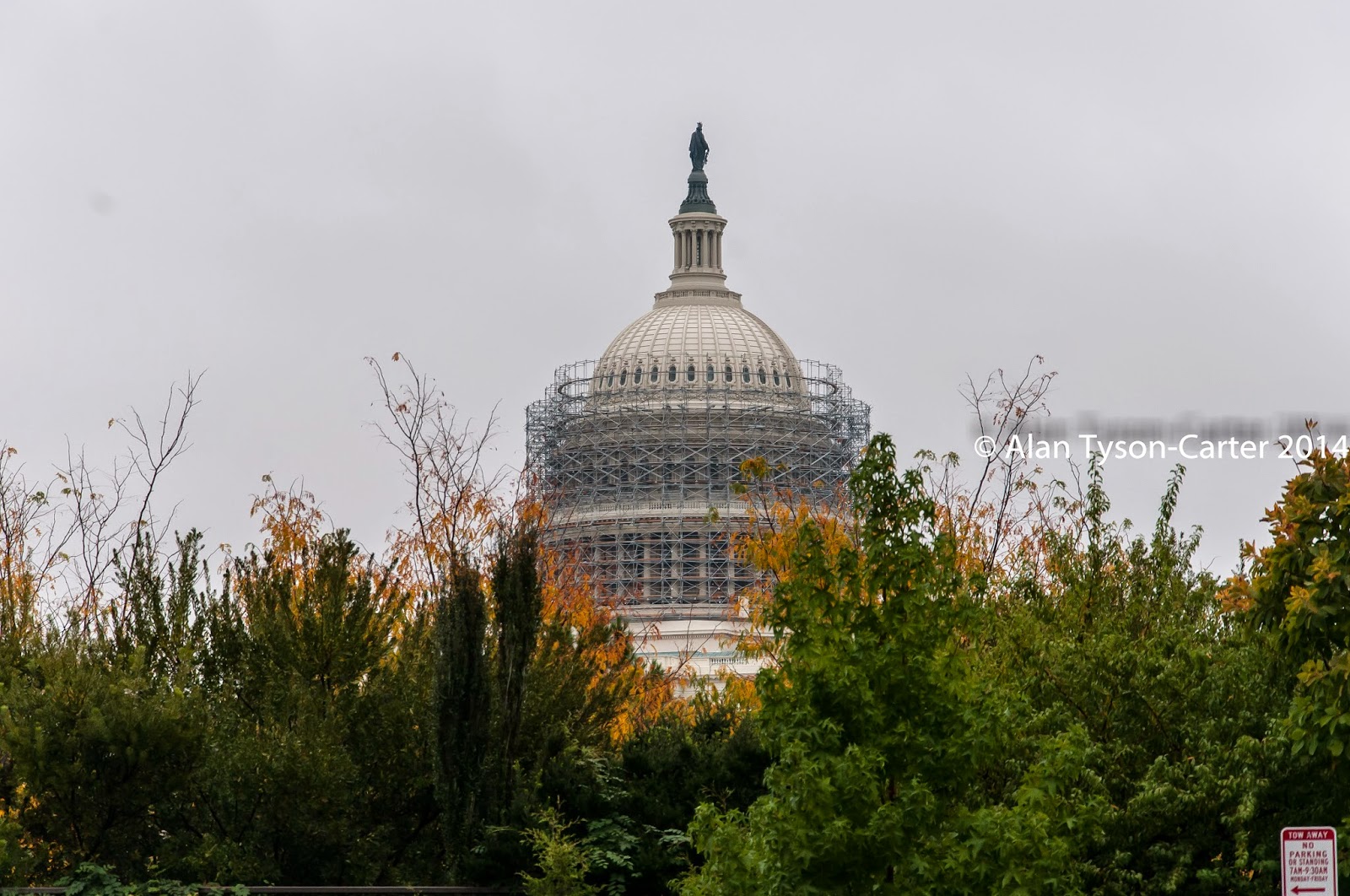 It had stopped raining when we came out and so we walked to the National museum of the American Indian. This was a new building and the layout and exhibits surprised and delighted us. For our German readers, though, we have to say we did not see Winnetou! 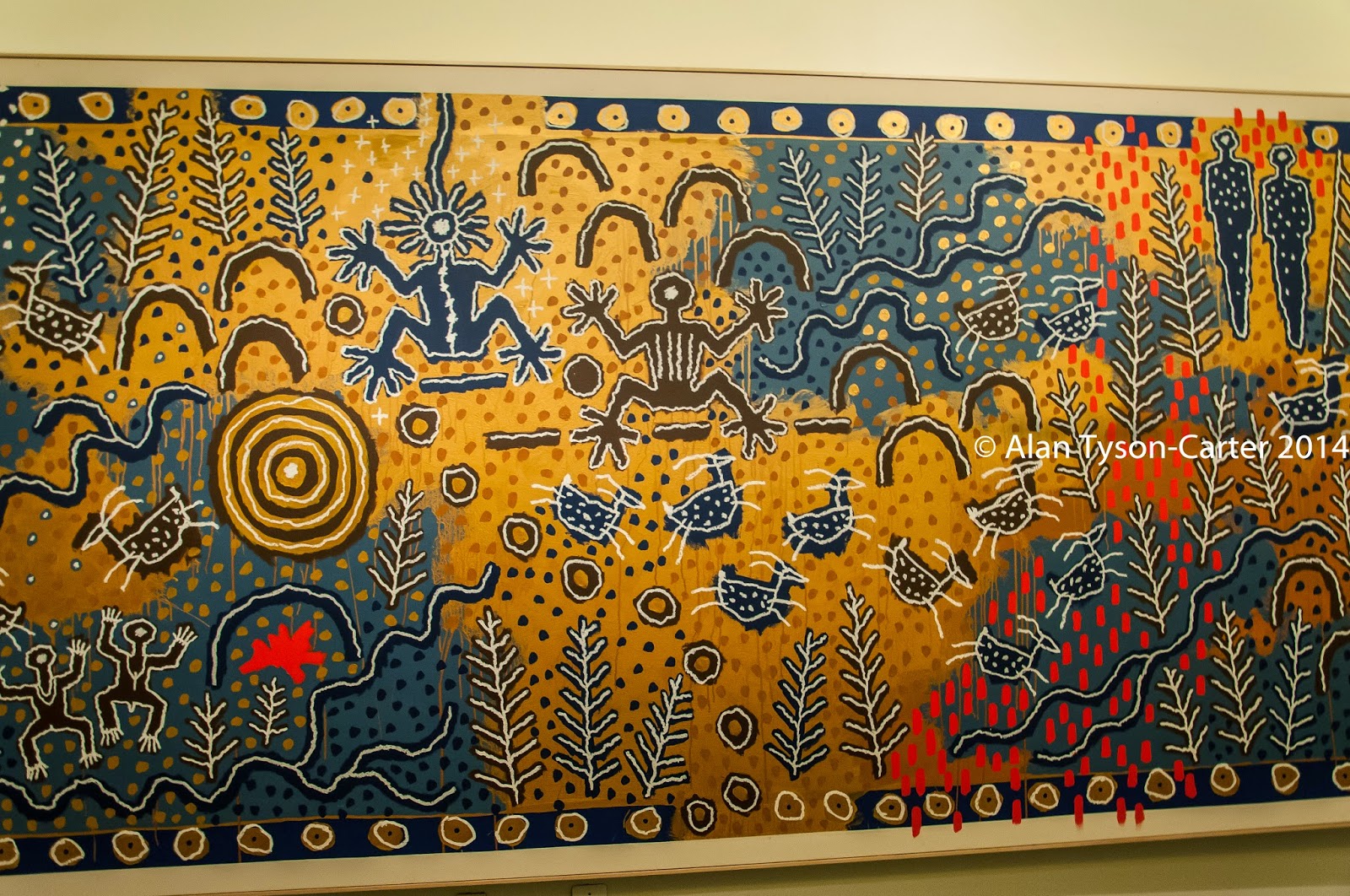 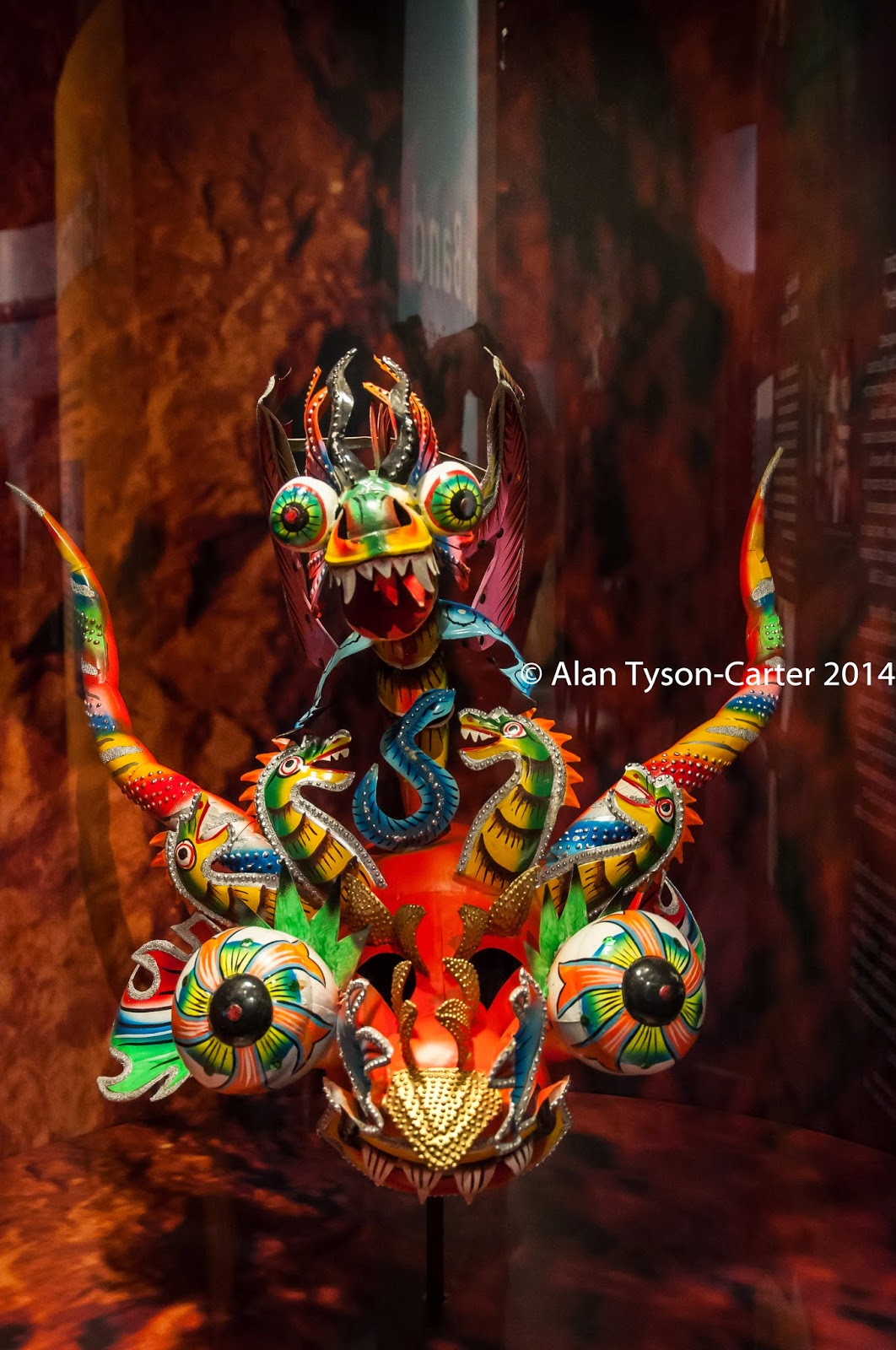 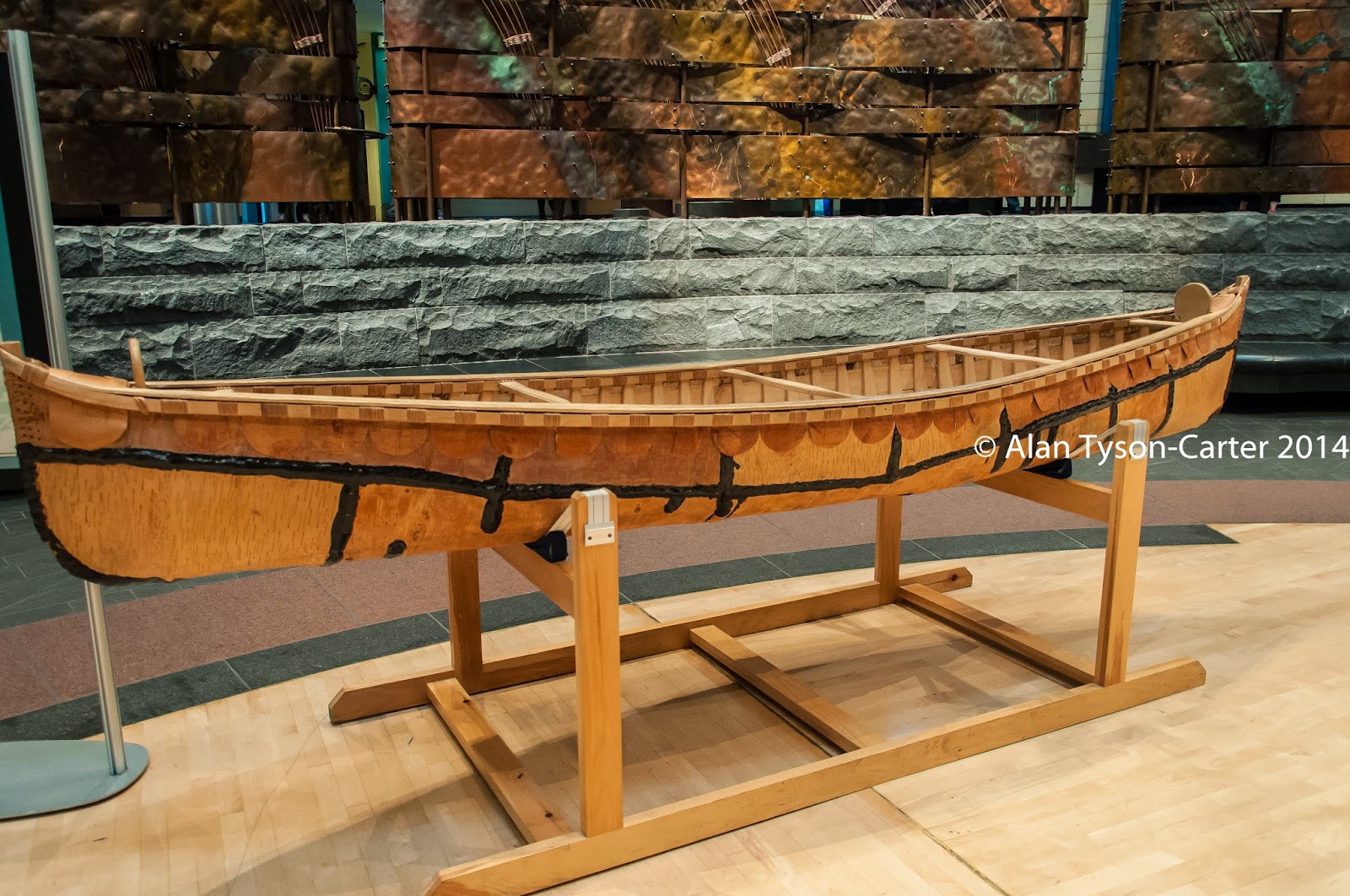 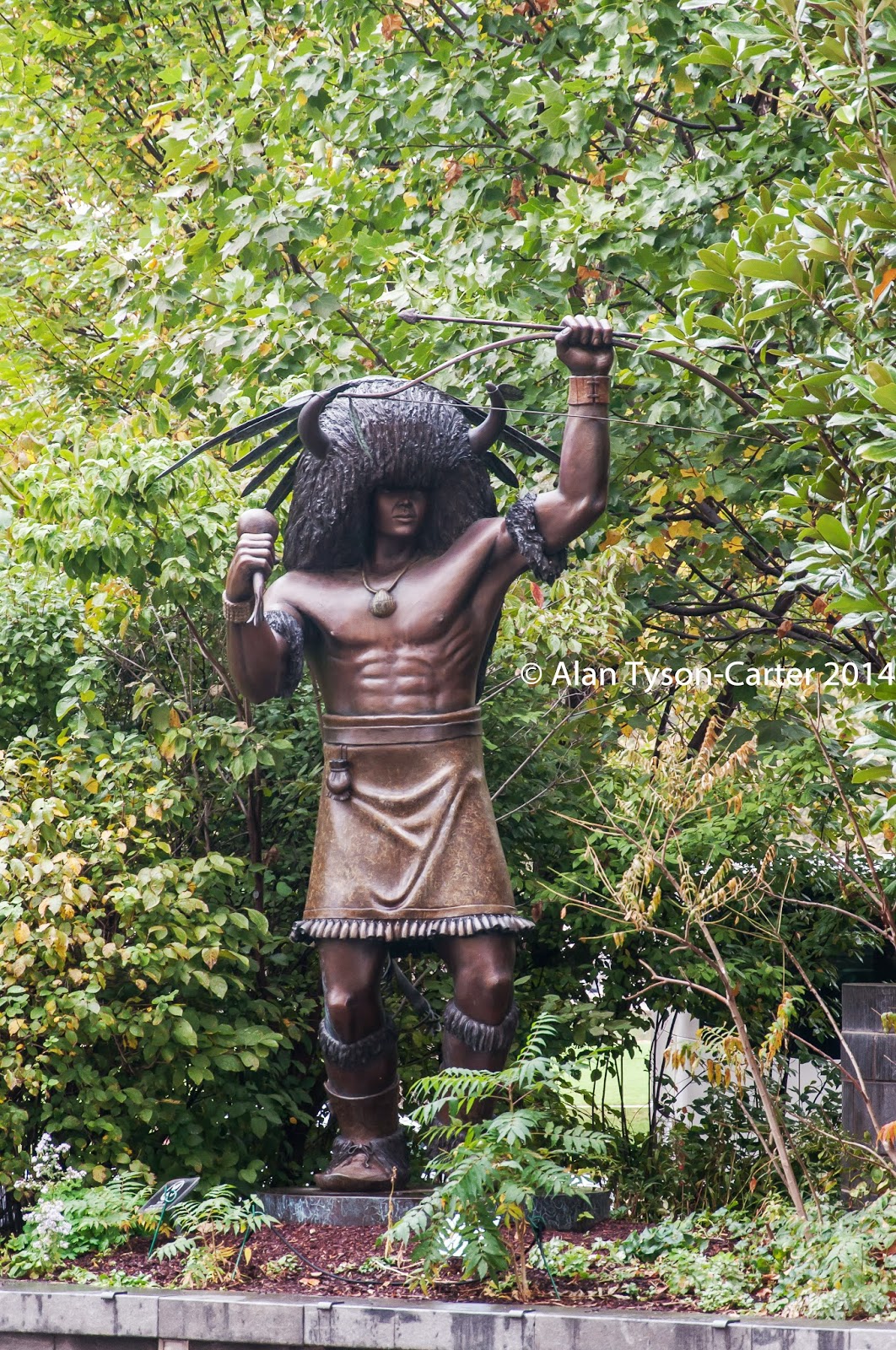 The shop with all the Indian artefacts invited the boys to spend money which they both did.

From there we walked to the National Air and Space Museum. This is a small boys delight and Alan just had to touch the Moon! Well he put his fingers on a little bit of moon rock. 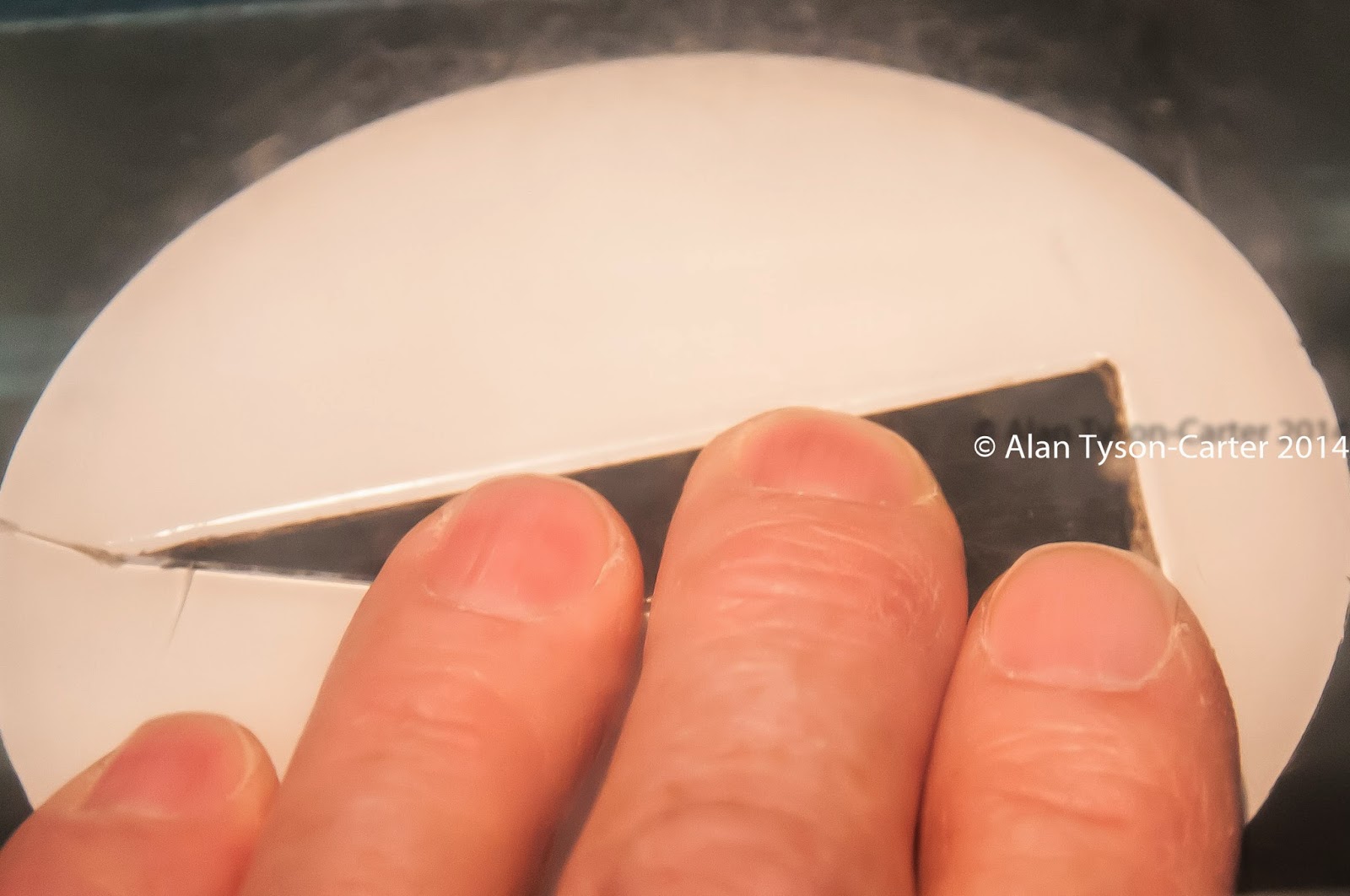 There were nearly all the spacecraft there to see and a good display of the Russian space program too. 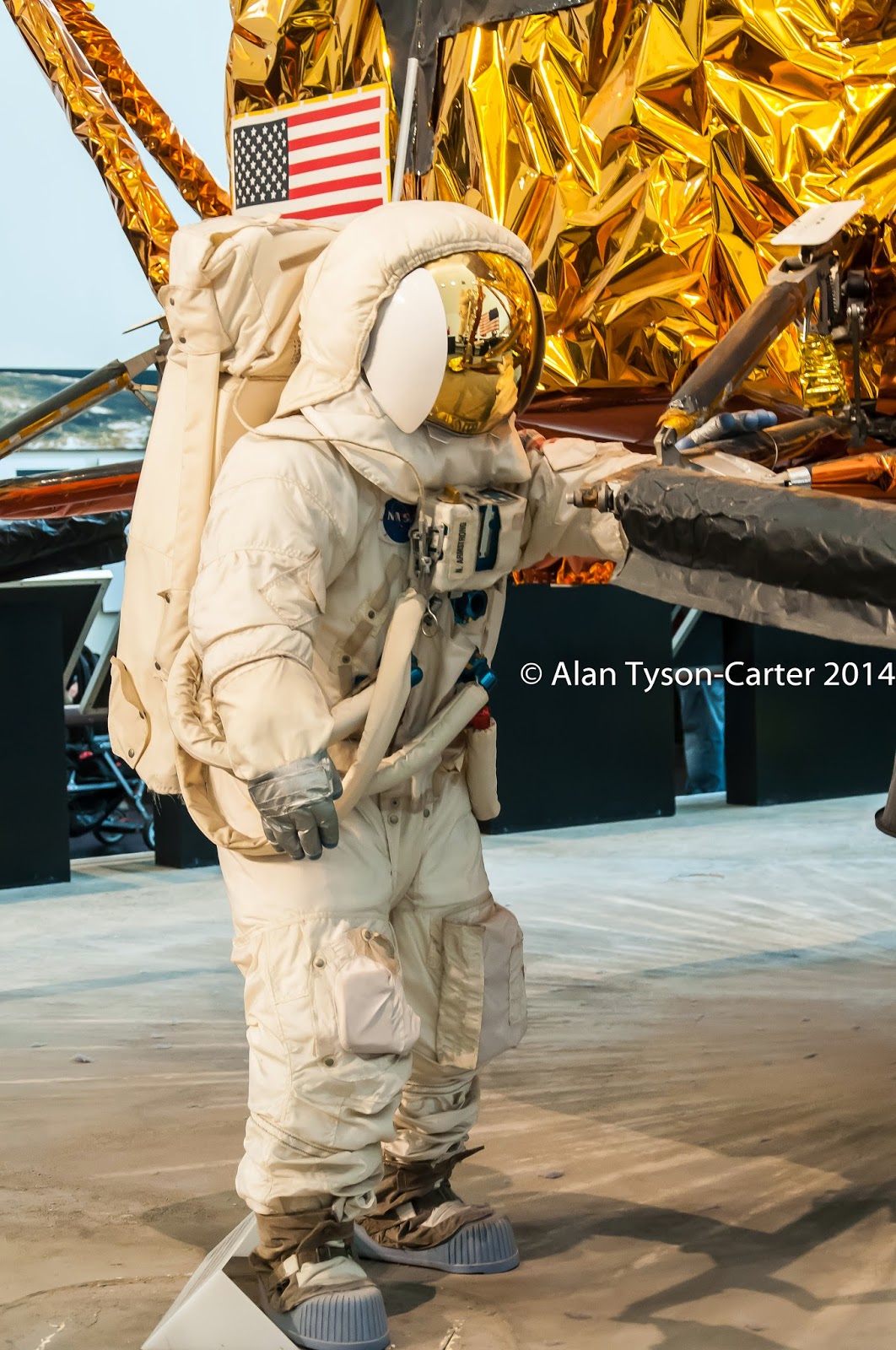 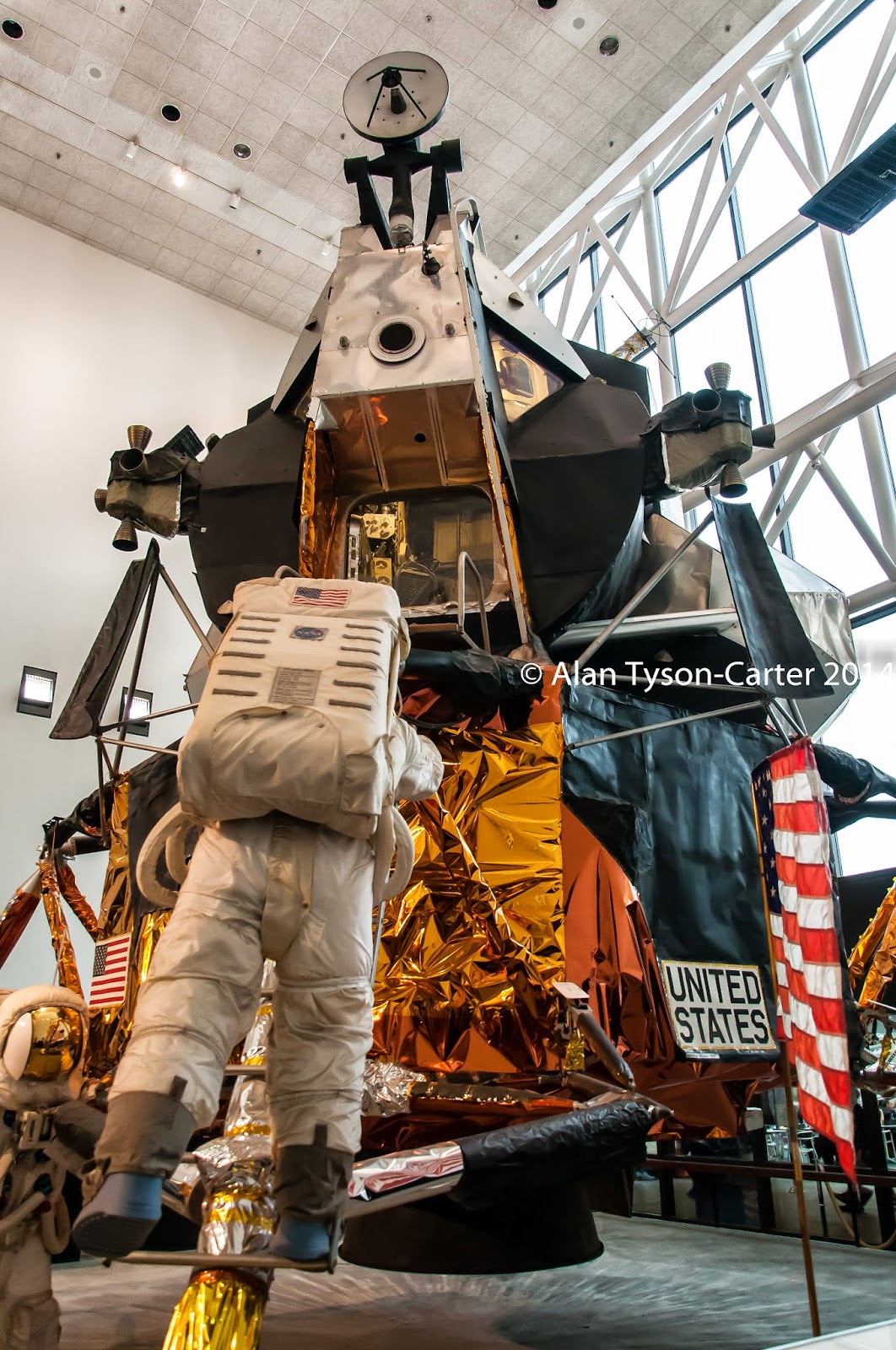 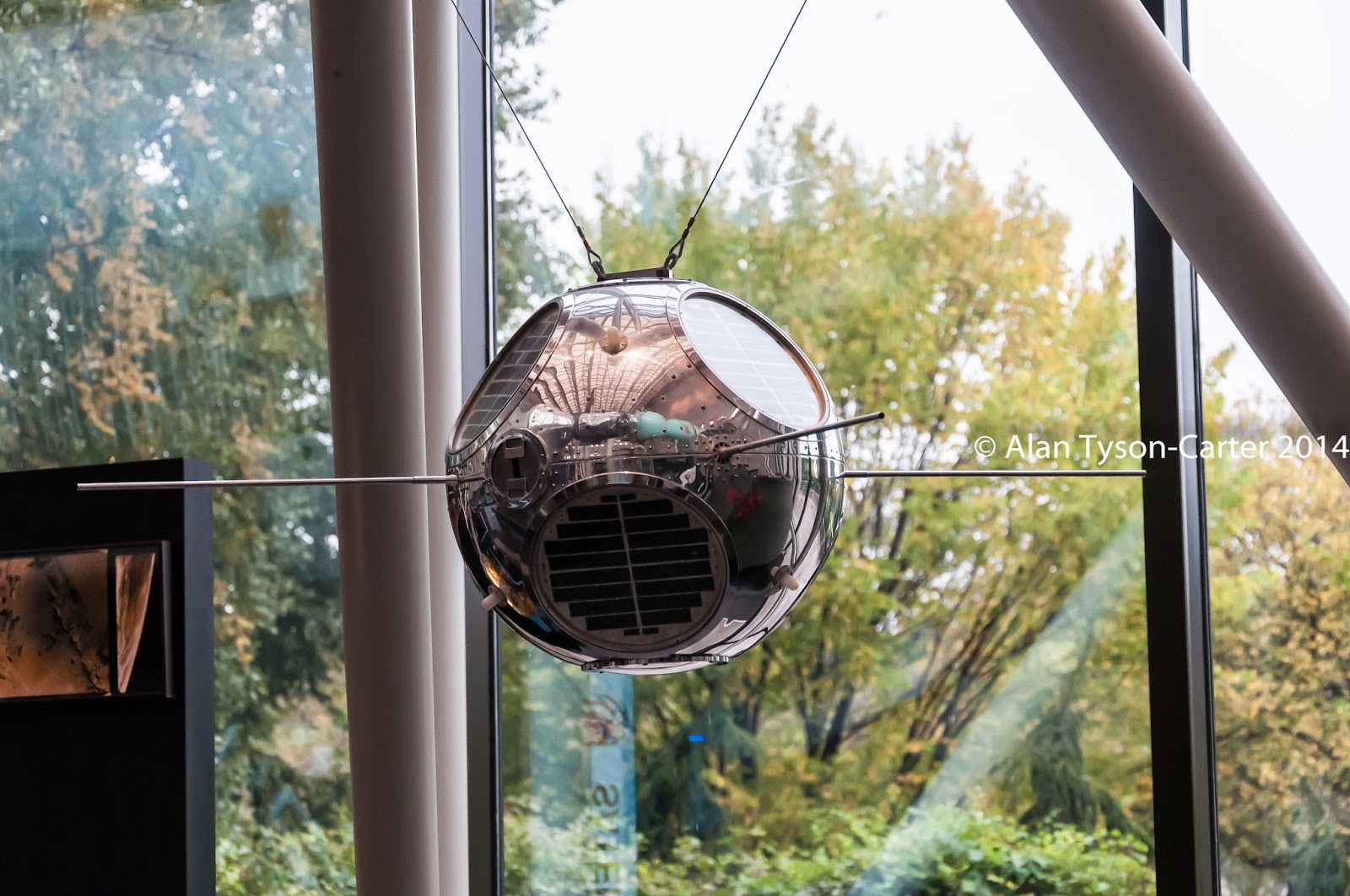 We were able to go into the Space Lab and see how they showered and there were examples of how they go to the Loo in space!!! Not for the faint hearted or squeamish that's for sure.
The boys found a huge McDonald's in the museum so they stopped for a coffee and a milkshake before moving on to the National Museum of Natural History. 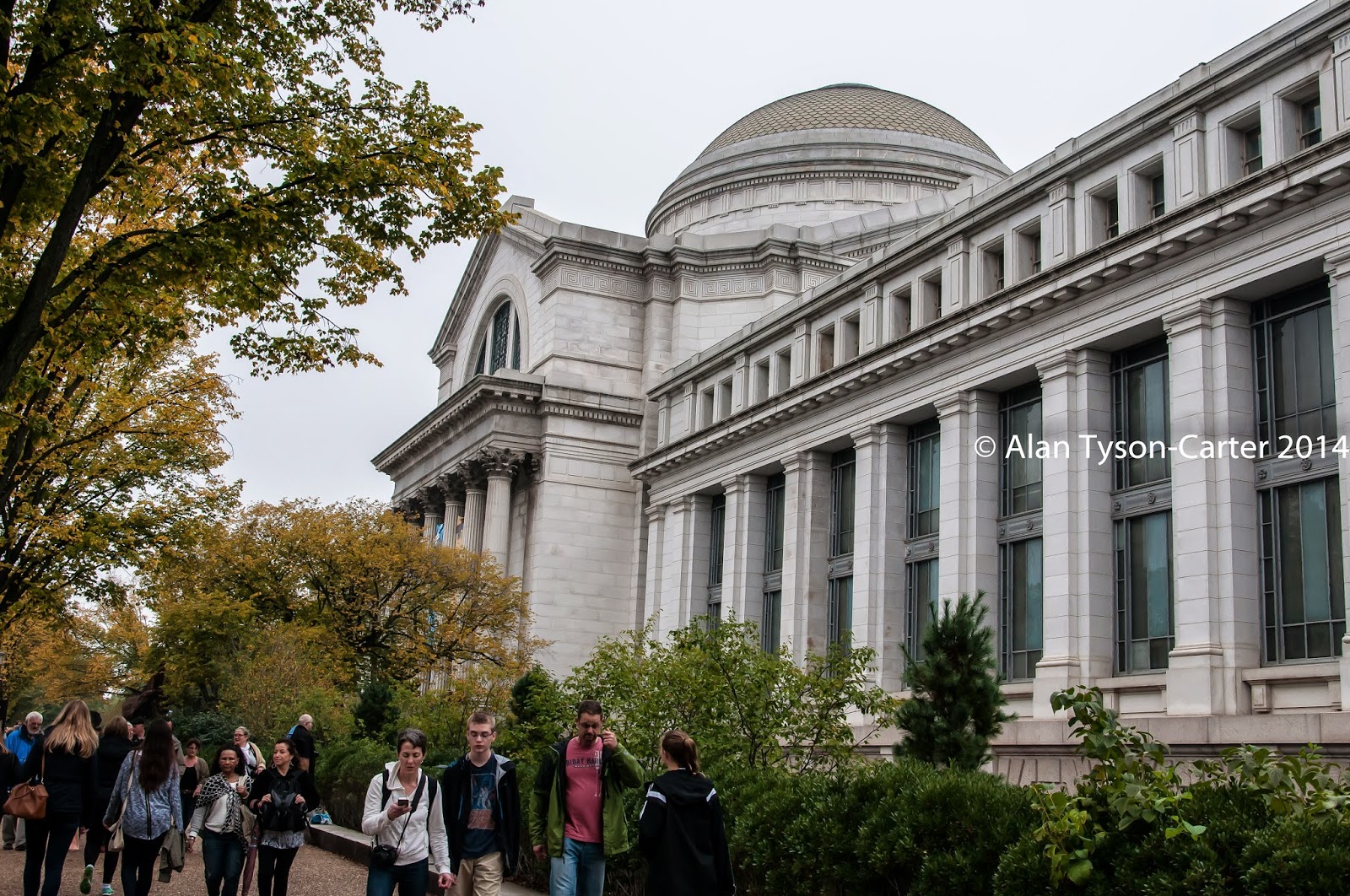 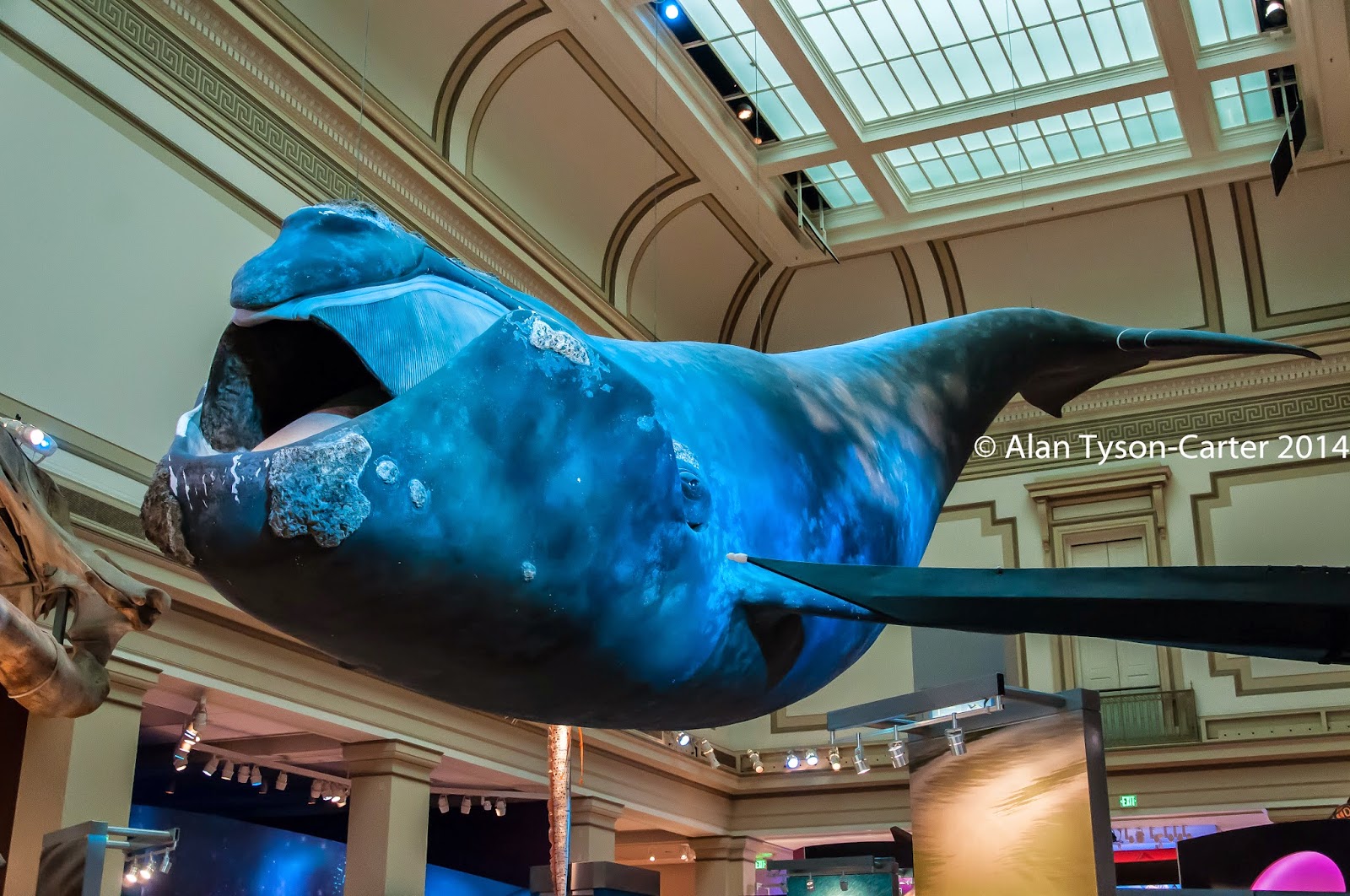 There was much to see here and Alan particularly liked the Ocean exhibits. In the mammal section when he found a Kudu, he just had to take a photo. It was a female Kudu that jumped on Hanna and Alan's hire car in S. Africa and wrote it off!

By this time the boys had an information over load of the brain and made their way back to the hotel via the Metro and shuttle bus from the station.