Another day of rain.

This morning did not start well with it chucking it down before breakfast. We had wanted to go back into the centre, using the hotel shuttle to the Metro station, but it being a weekend there were many more guests wanting the same thing. Consequently after almost an hours wait, the boys decided to take the car to Arlington Cemetery.
Alan used his iPad to get a route and found that the iPad, using Google Maps could be followed all the way. It even had a spot marking our progress, and this despite it only being a wifi iPad. The rain had let up by the time we got there and now it was just cold and damp. 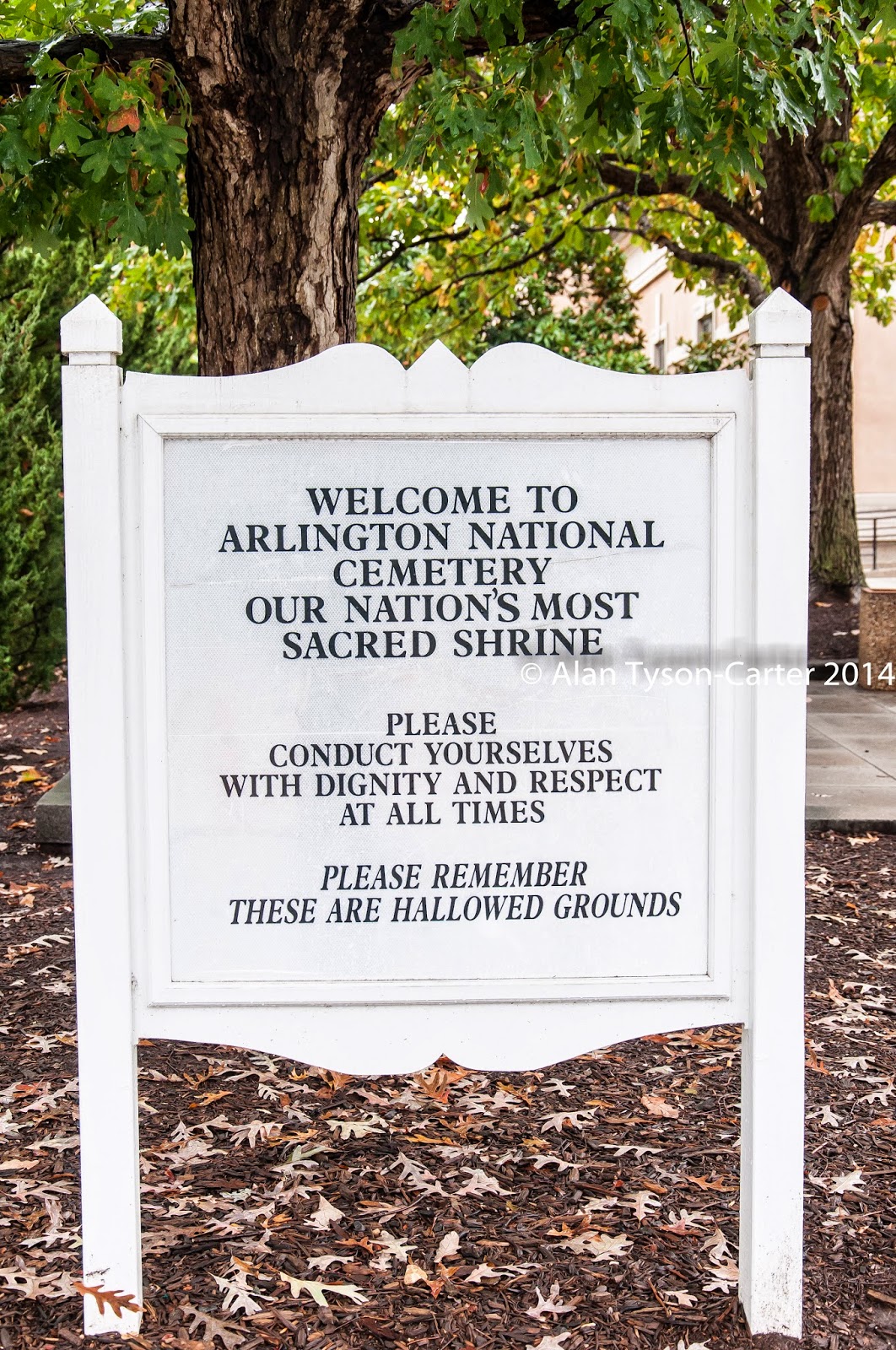 After getting a map at the visitors centre and parking the car there, we all walked to the Marines Memorial. 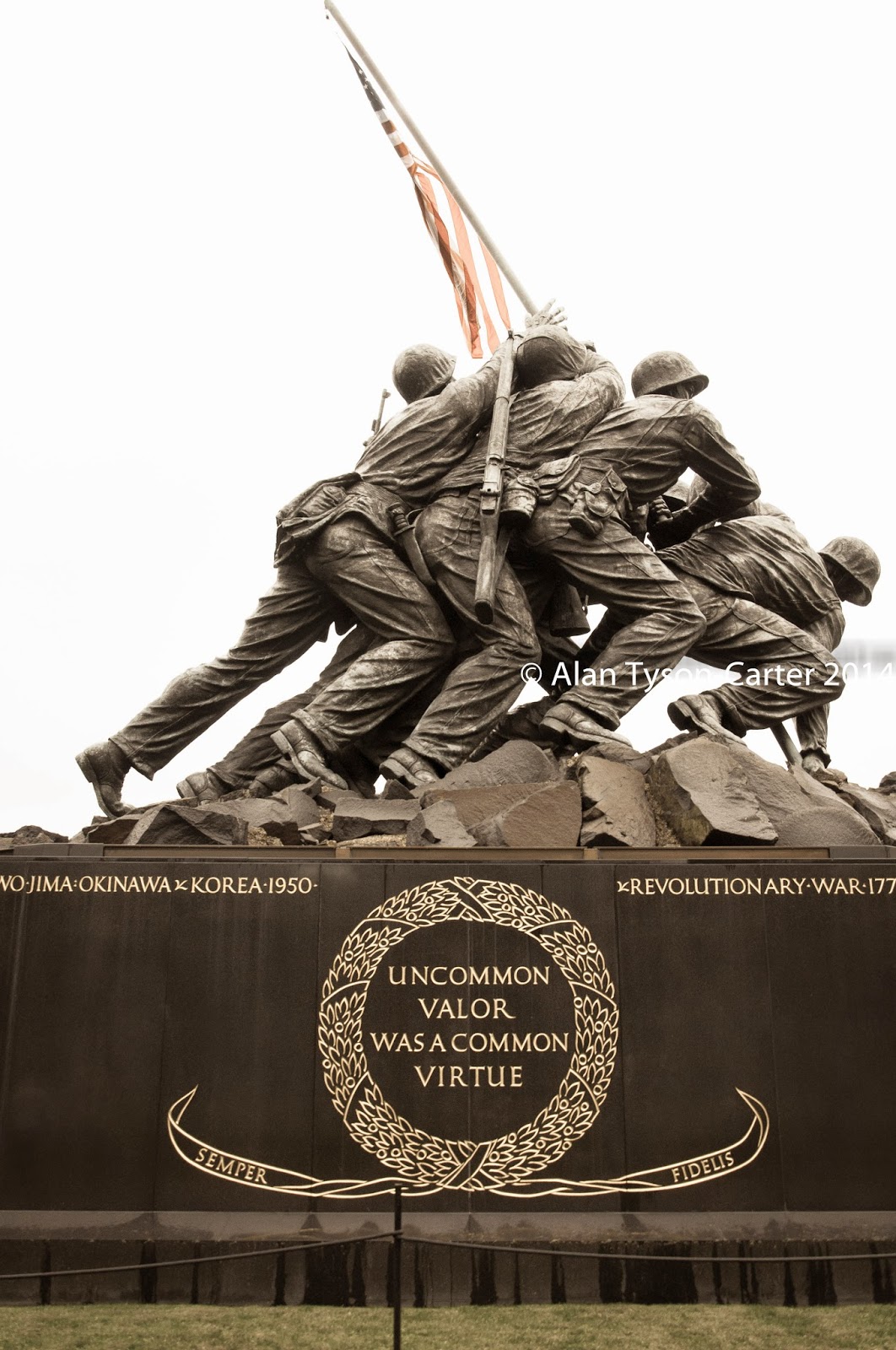 Although this sculpture represents the flag raising at Iwo Jima, in WWII,  it is a memorial to all the marines since the formation of the Corps in 1775.

We walked back through the cemetery to the Kennedy tomb which was some way away as the cemetery is very large and contains over 400,000 military graves. 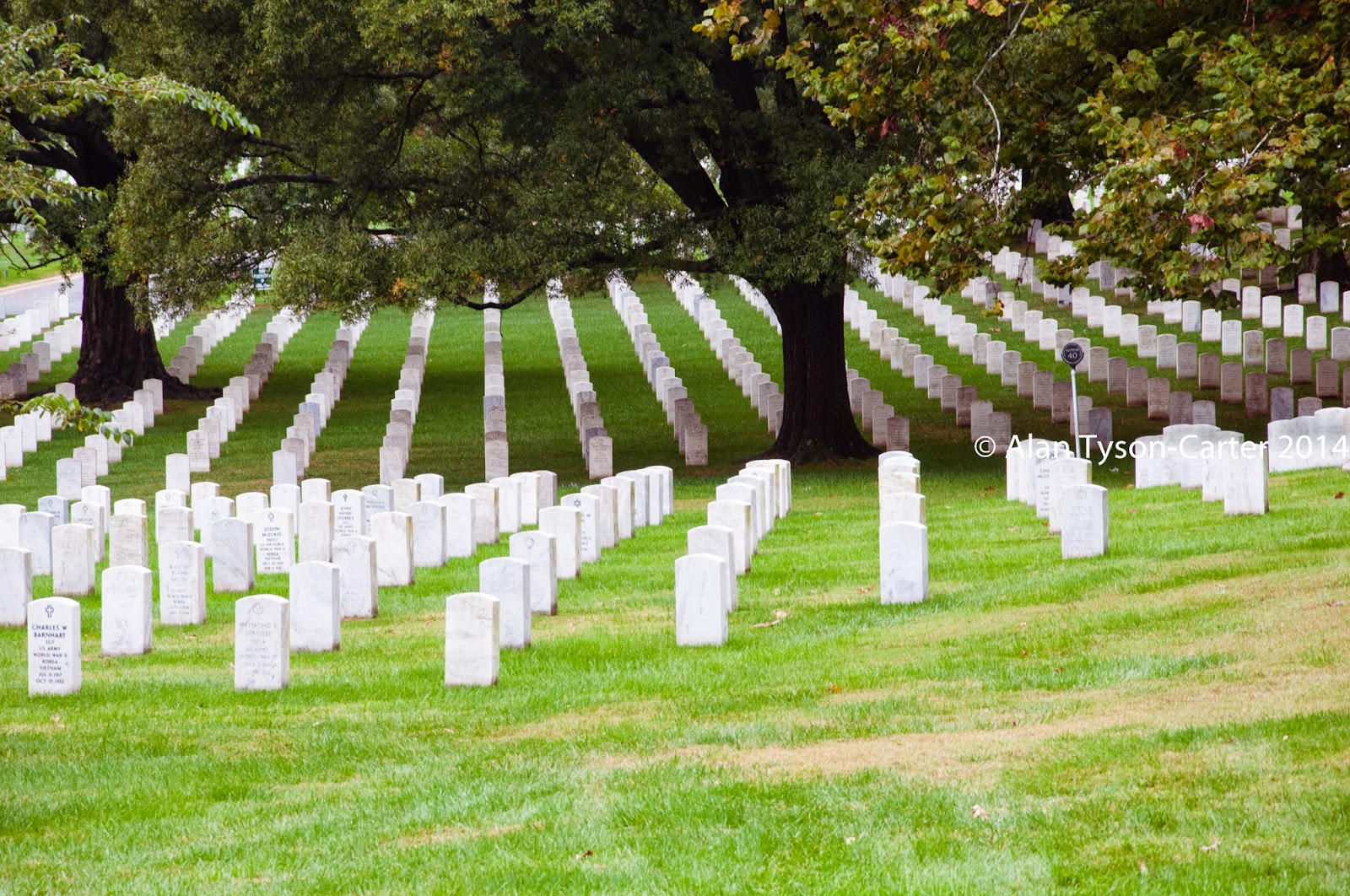