Friday 18 May was to be a shopping day, so our BBF called ENDEX to being a pilgrim! Joy of joys we were allowed to sleep late and got up at 08:00 hrs! The sun was shining as we slowly walked into town for breakfast! 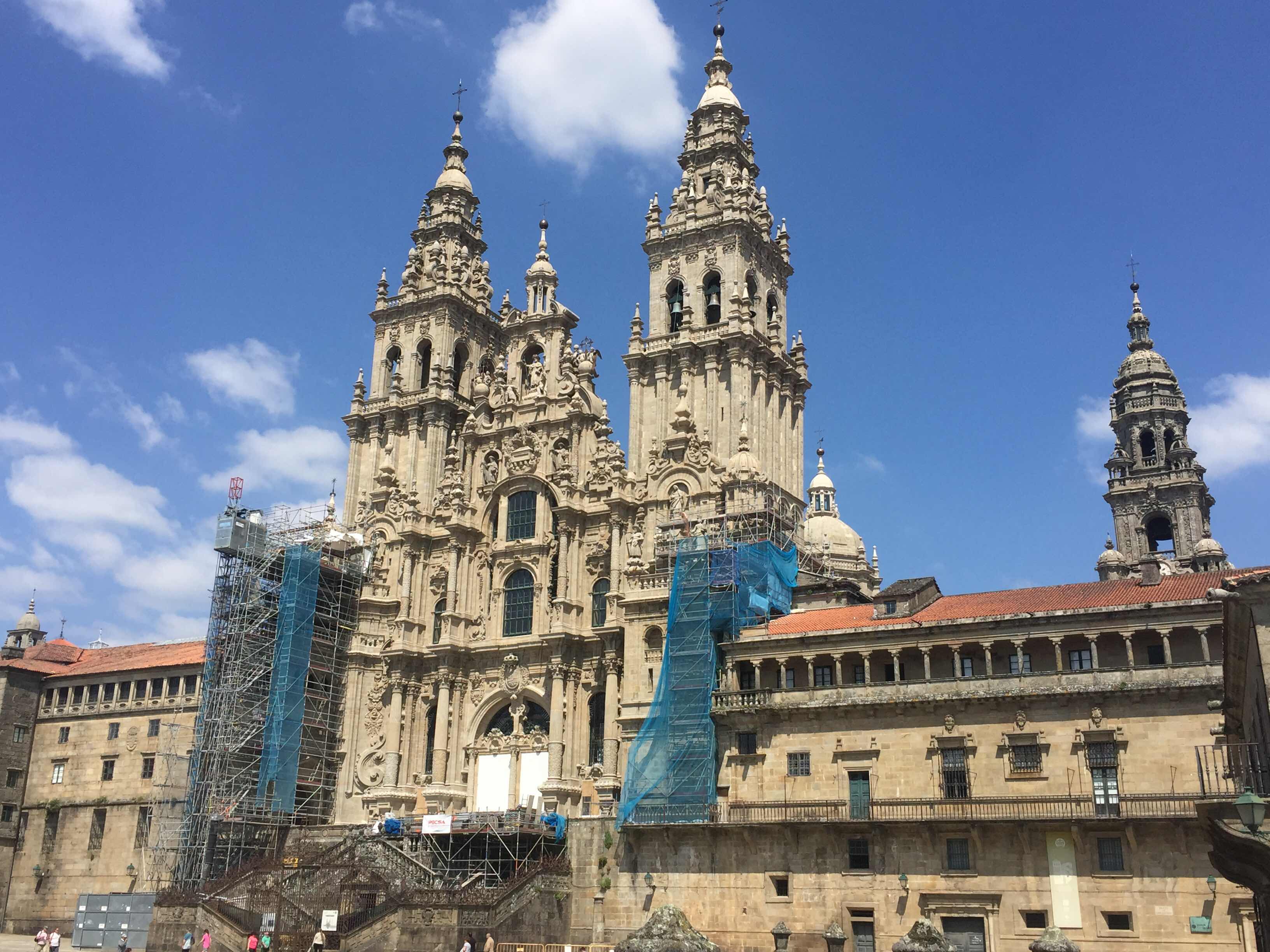 Just by the Cathedral we saw three Irish female pilgrims looking confused at their map. Alan spoke to them and they wanted the Way to Finisterra. He showed them the way and wished them, Ultreia et suseia!
This is the old Latin greeting that pilgrims gave each other. The Latin is an encouragement to go further and ever upward. Onward and upward is a term our BBF used with us when we came to a hill, to encourage us a bit. We believe the Latin is an encouragement not only to go further, but to attain a spiritual closeness to God. Whatever you believe in our view it is a more proper greeting between pilgrims than Buen Camino which is really a non pilgrim greeting and can be used by anyone on a journey in Spain. 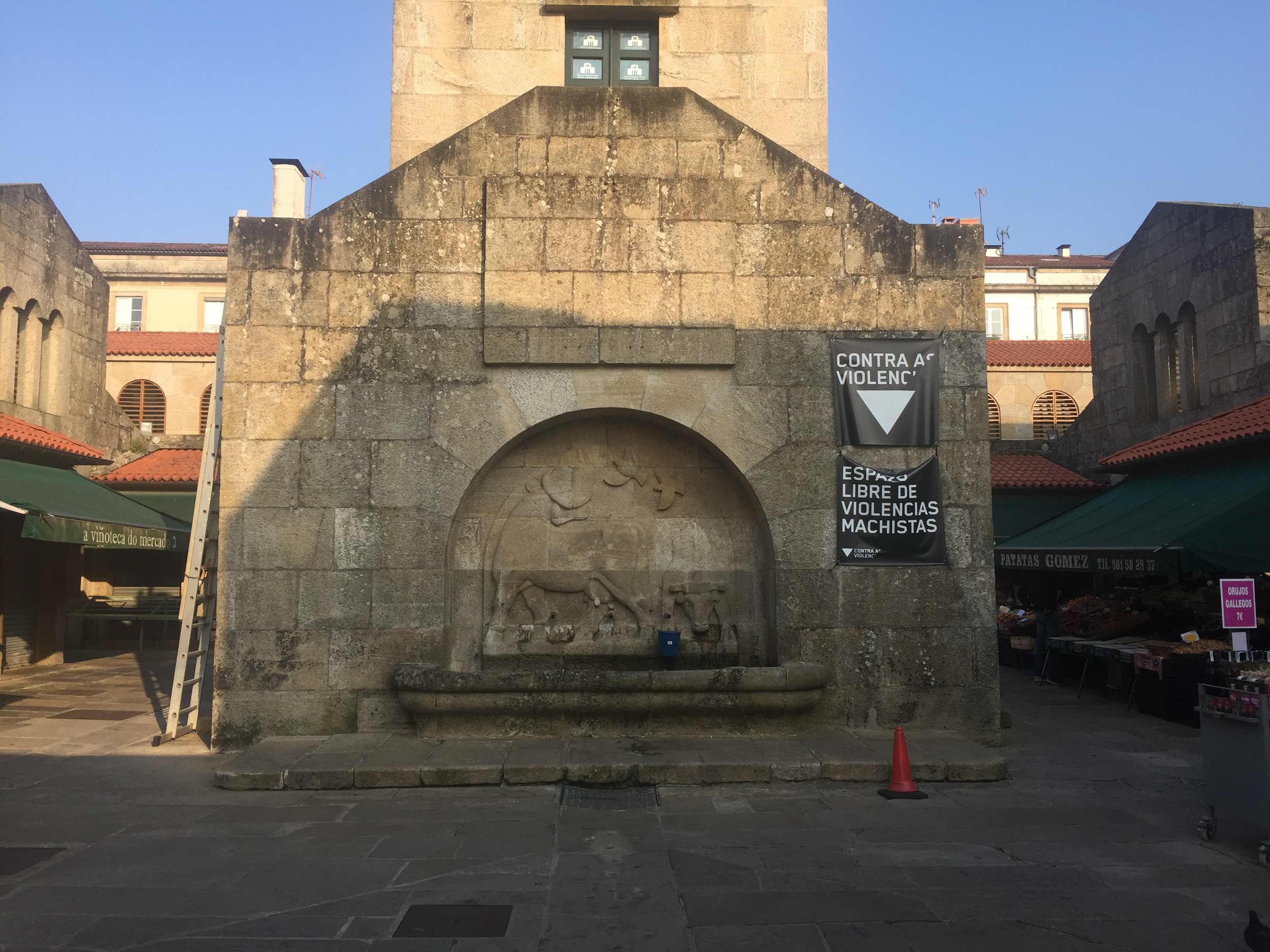 We breakfasted in a Café by the market which was full of life and interesting things to eat! 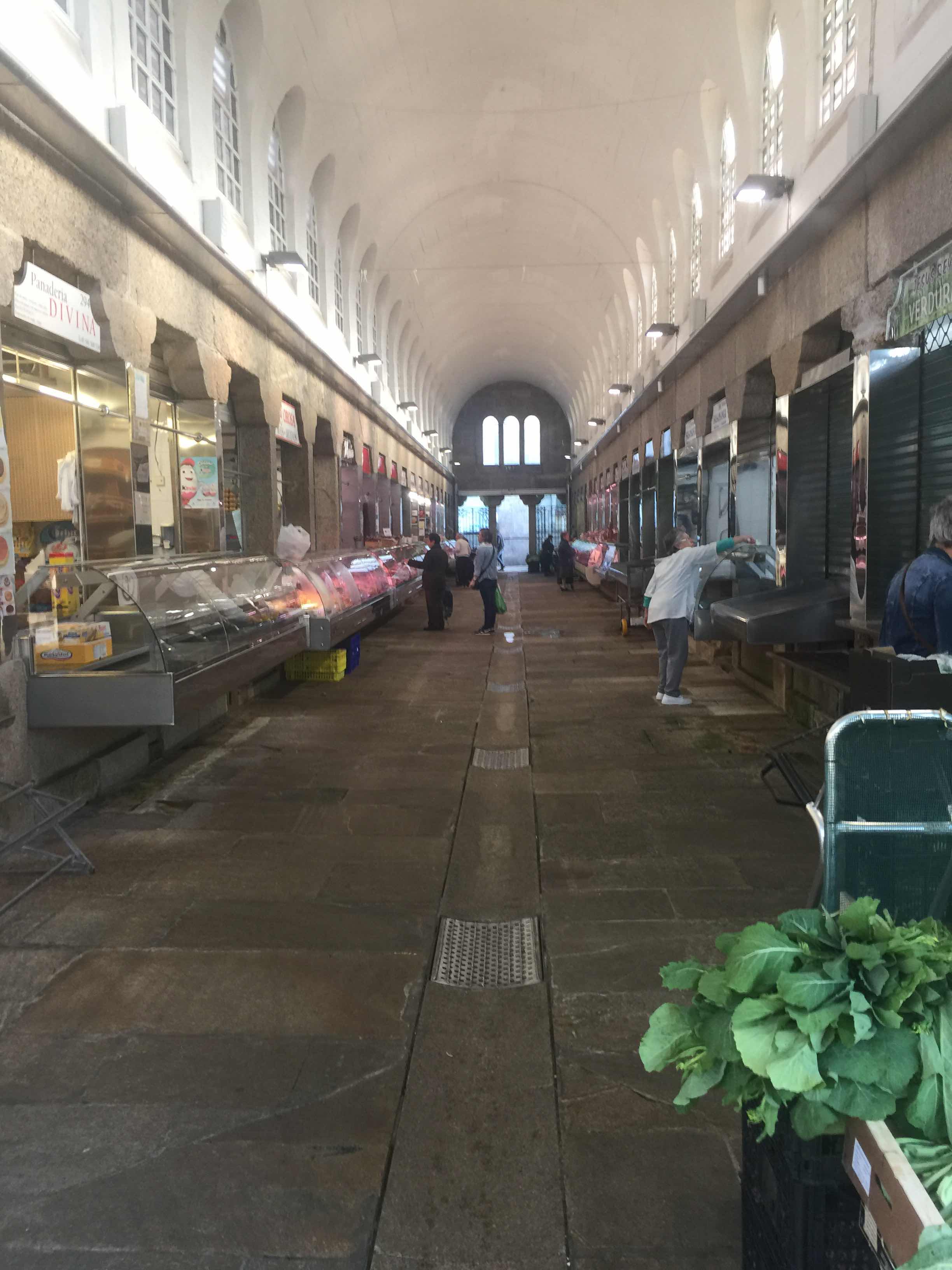 Shopping is one of our favourite pastimes and we enjoyed looking for those special items that make a good gift! Books are not allowed, but he bought three! His argument for doing so was two were gifts, he would read the other one and then give it away as a gift later! The heart can always find an excuse to buy something it wants even if it is forbidden!
As we walked around the town our BBF was content, but not as happy as that first time when we entered with Pat and Dan and Lisa and Leon! It struck us that humans can only truly be happy when they share something with another human! In this vibrant city full of joyous pilgrims having arrived at their destination and hordes of tourists too, a lone pilgrim can be very alone. 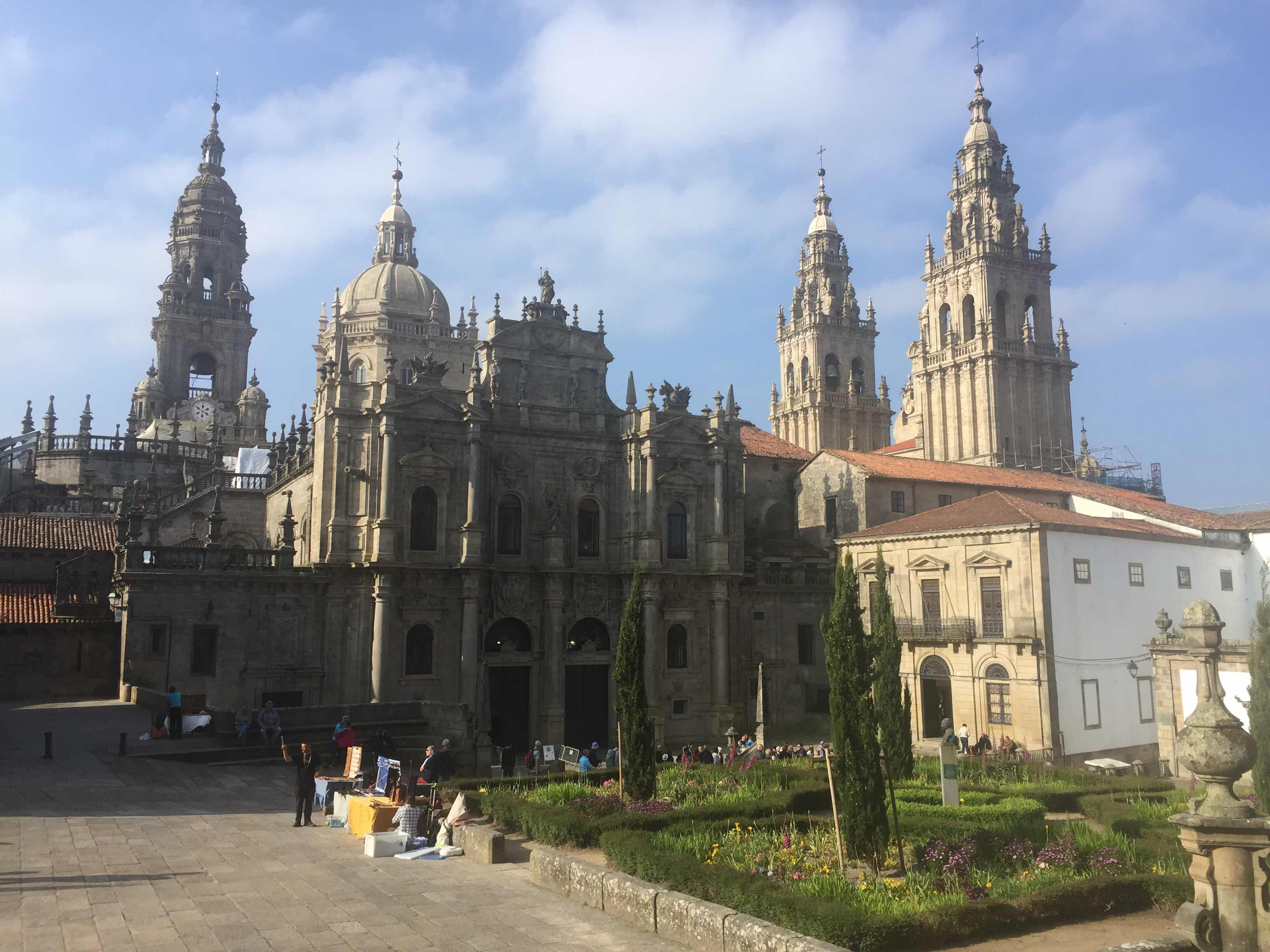 We returned to our hotel to have a siesta and pack. 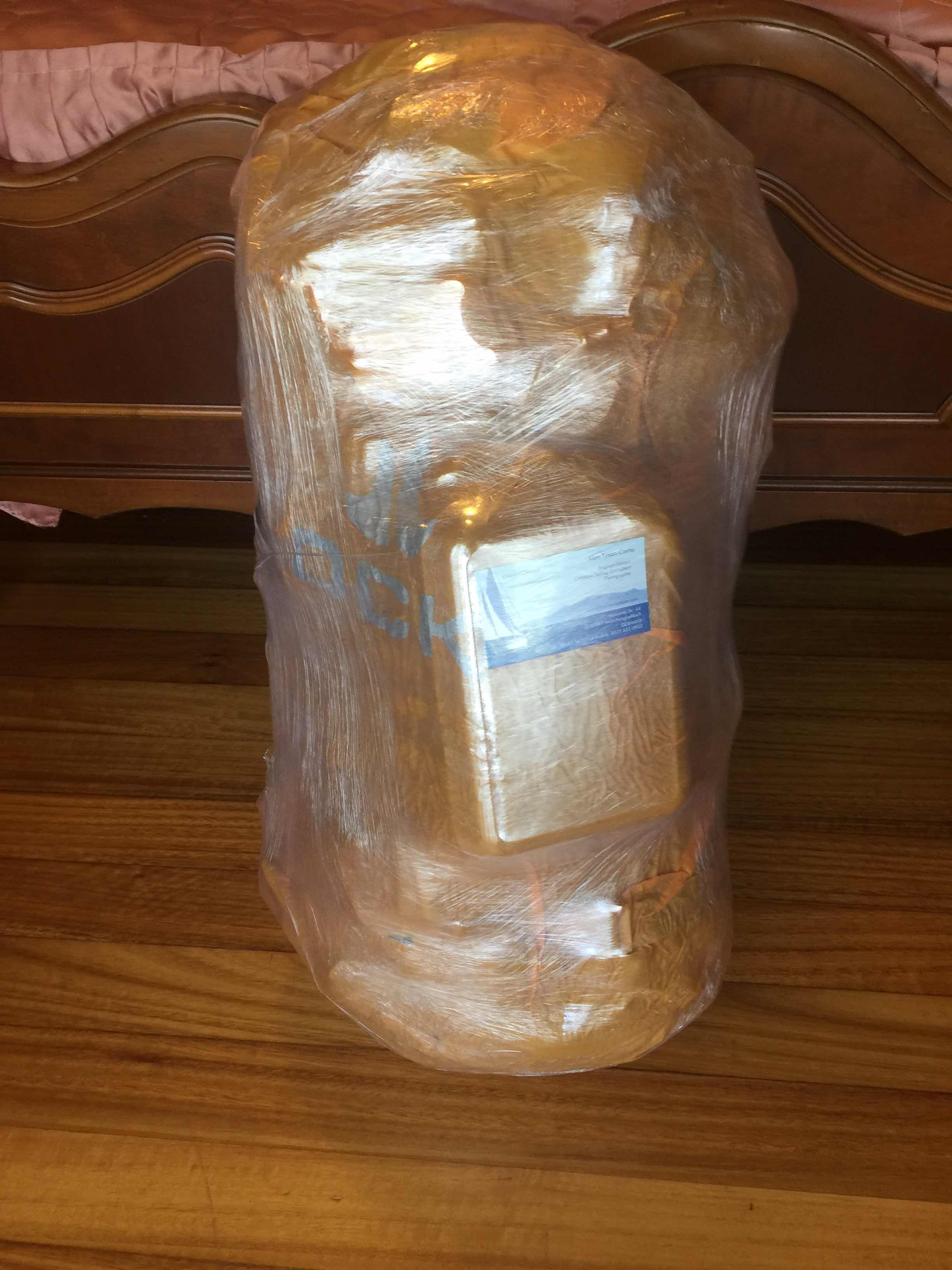 The Mochilla was packed and then wrapped like a silk cocoon ready for the flight! 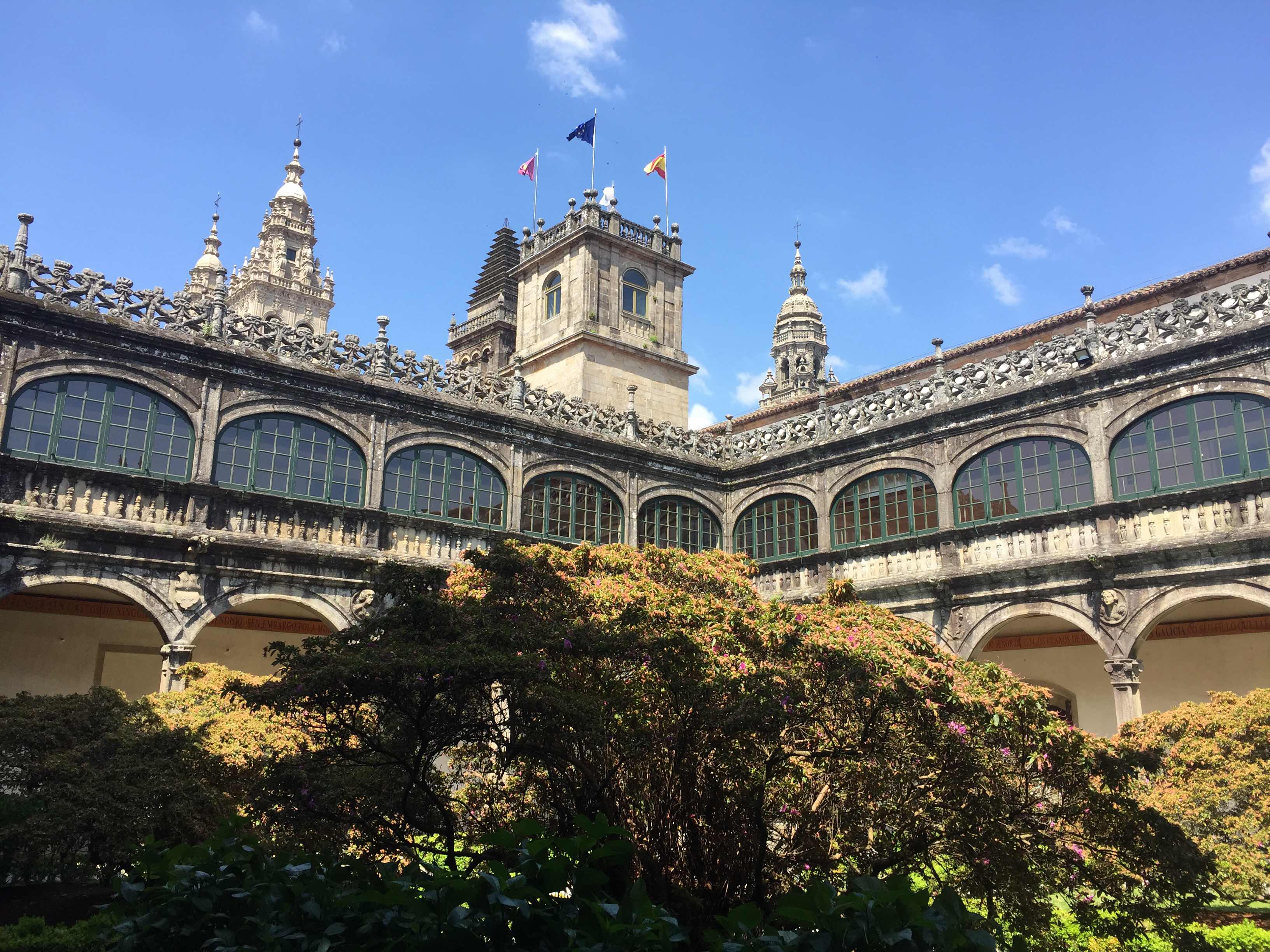 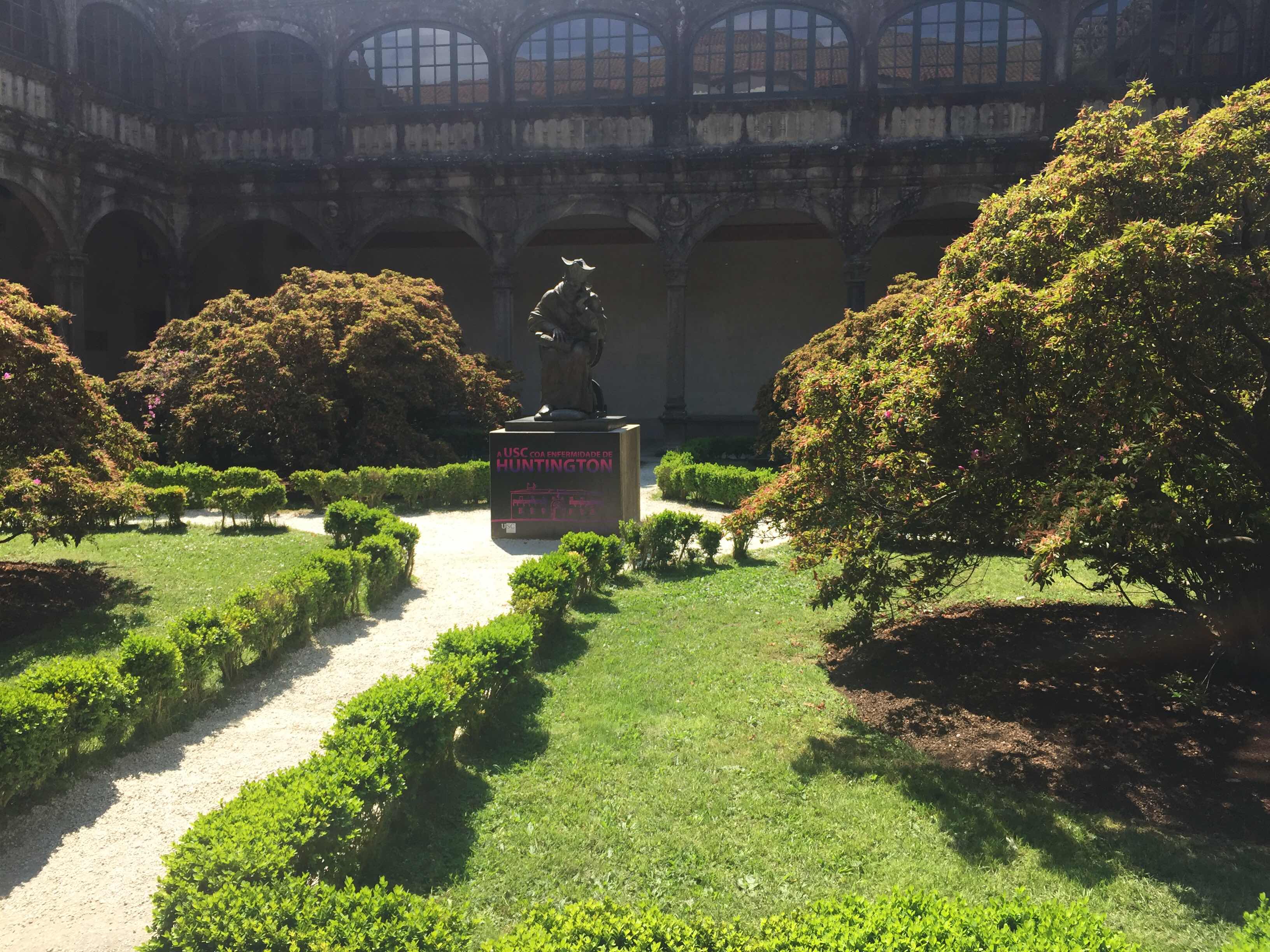 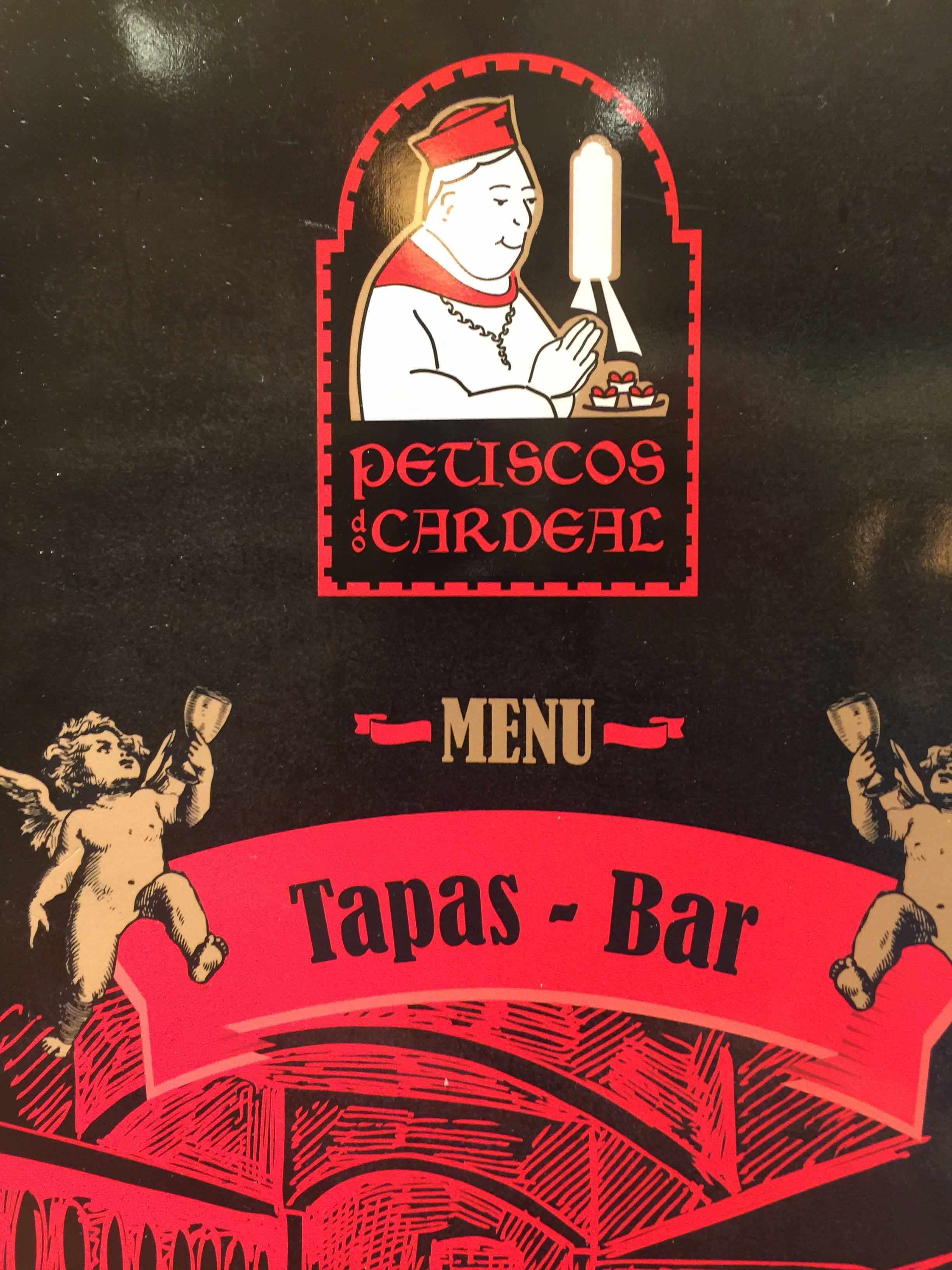 We went to our favourite bar for some Vino and Tapas. We sat at the bar next to a young German woman who had walked from Porto and had now come back from Finisterra and Muxia! It all looks so delicious and we couldn’t eat it all so decisions had to be made! 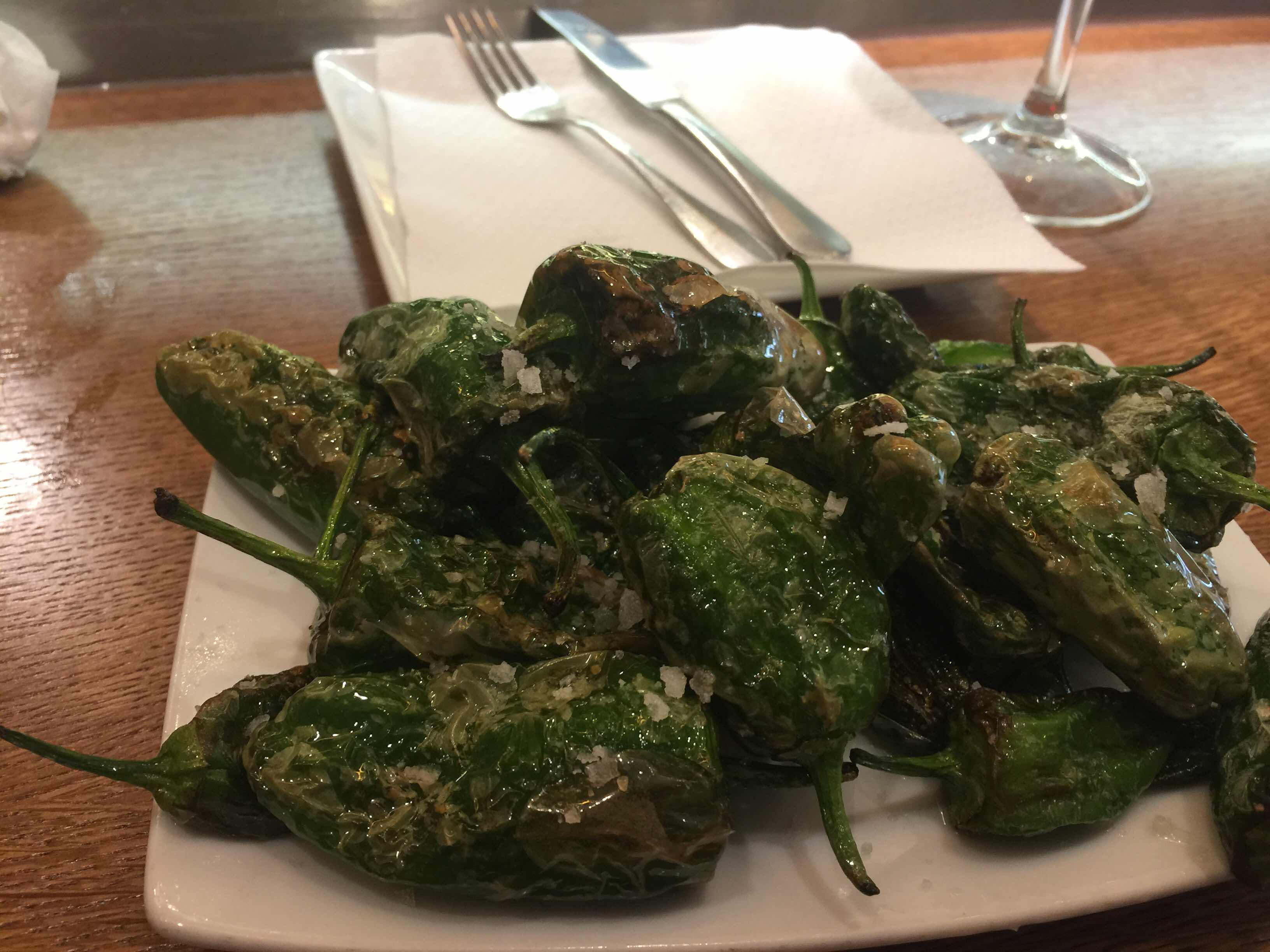 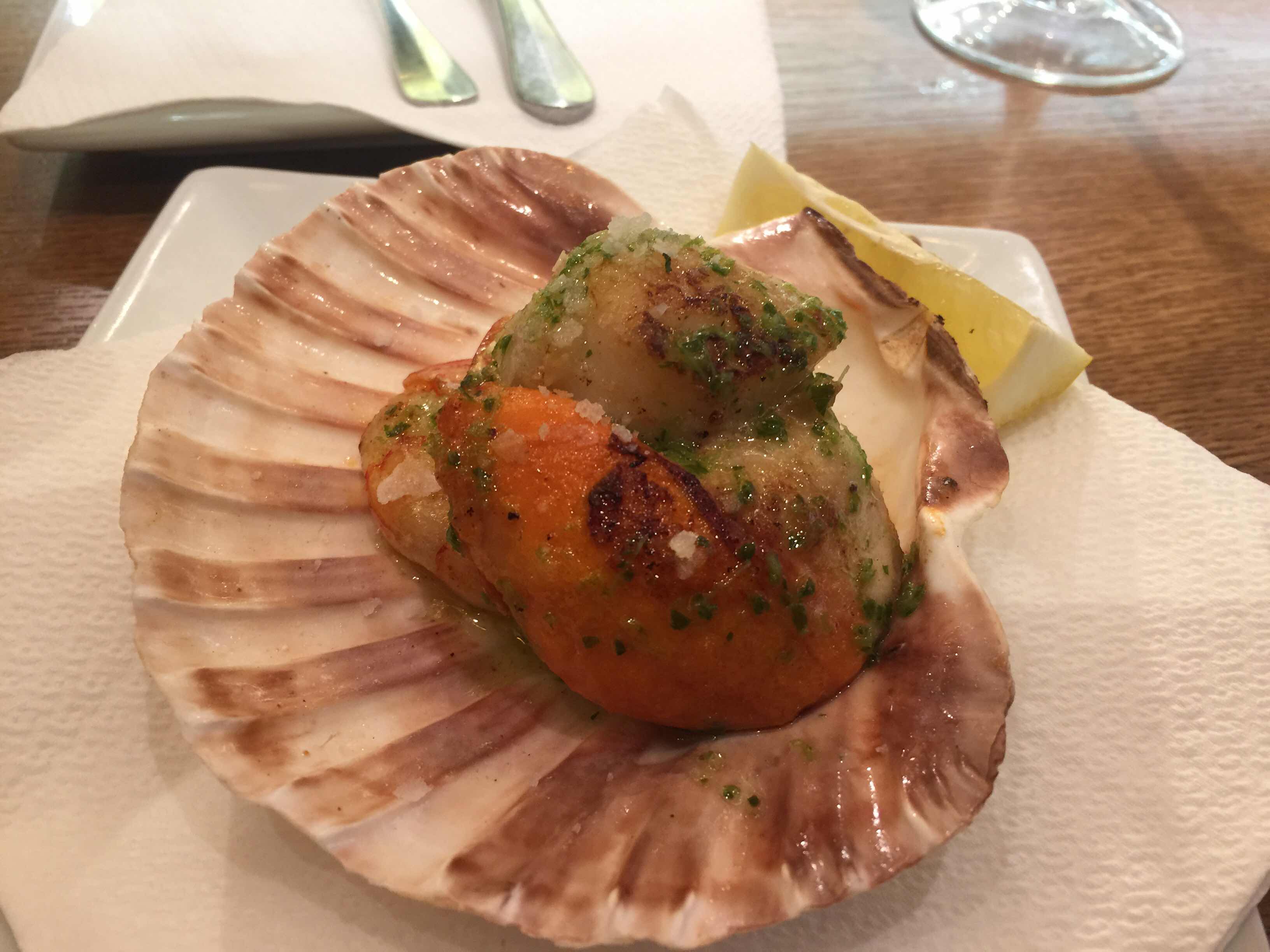 We did not take pictures of all we ate. A scallop or „Jakobsmuschel“ is a must we felt and we rounded it off with Torte de Santiago! 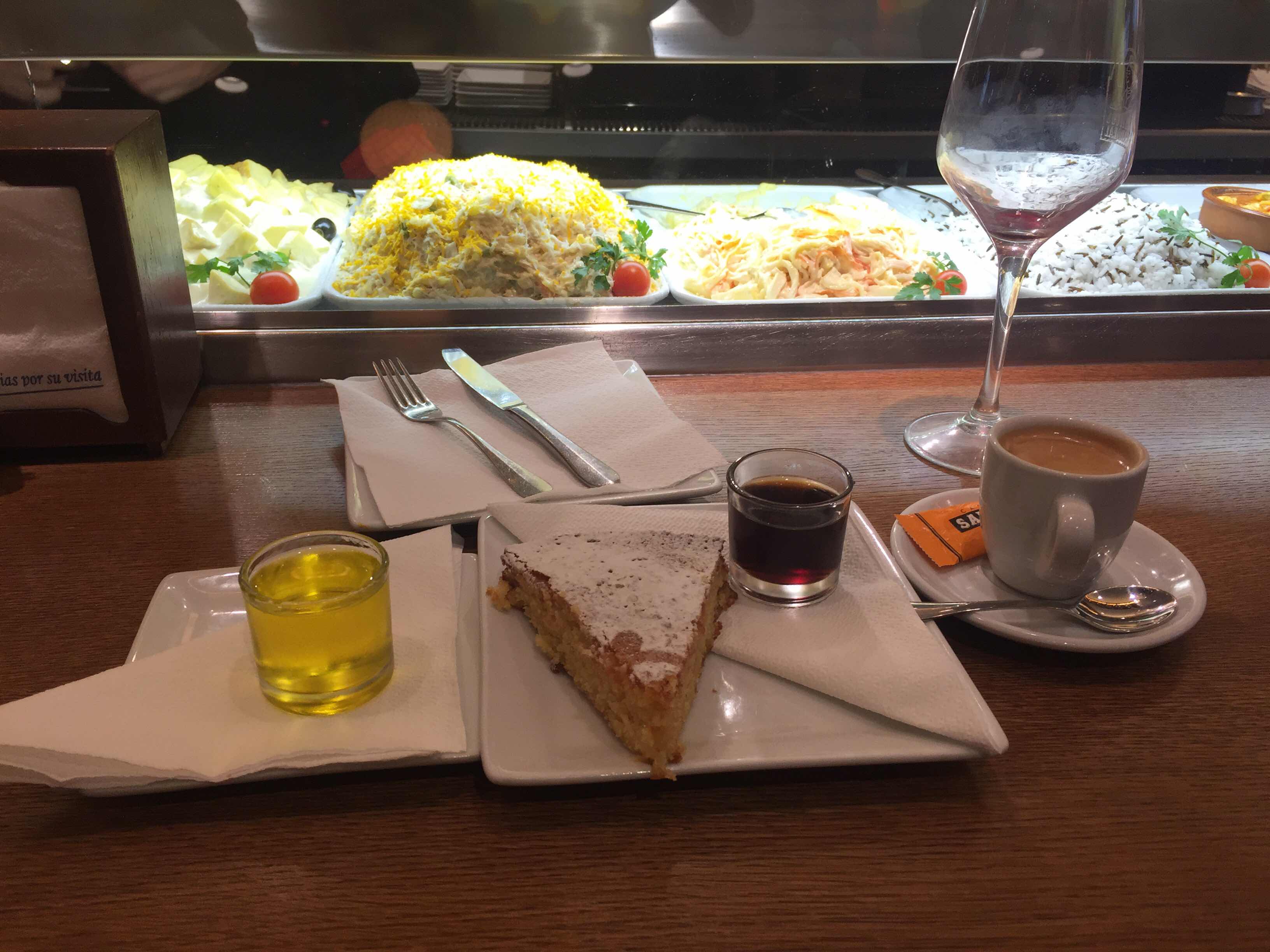 Alan had asked his Spanish friend what one drinks as a liquor after a meal. A Licor de Hierbas was the answer and so he ordered one with the coffee. But the Torte de Santiago came with a coffee liquor too, so Alan had to drink both! It wasn’t that hard to do he said and we’ll sleep well! 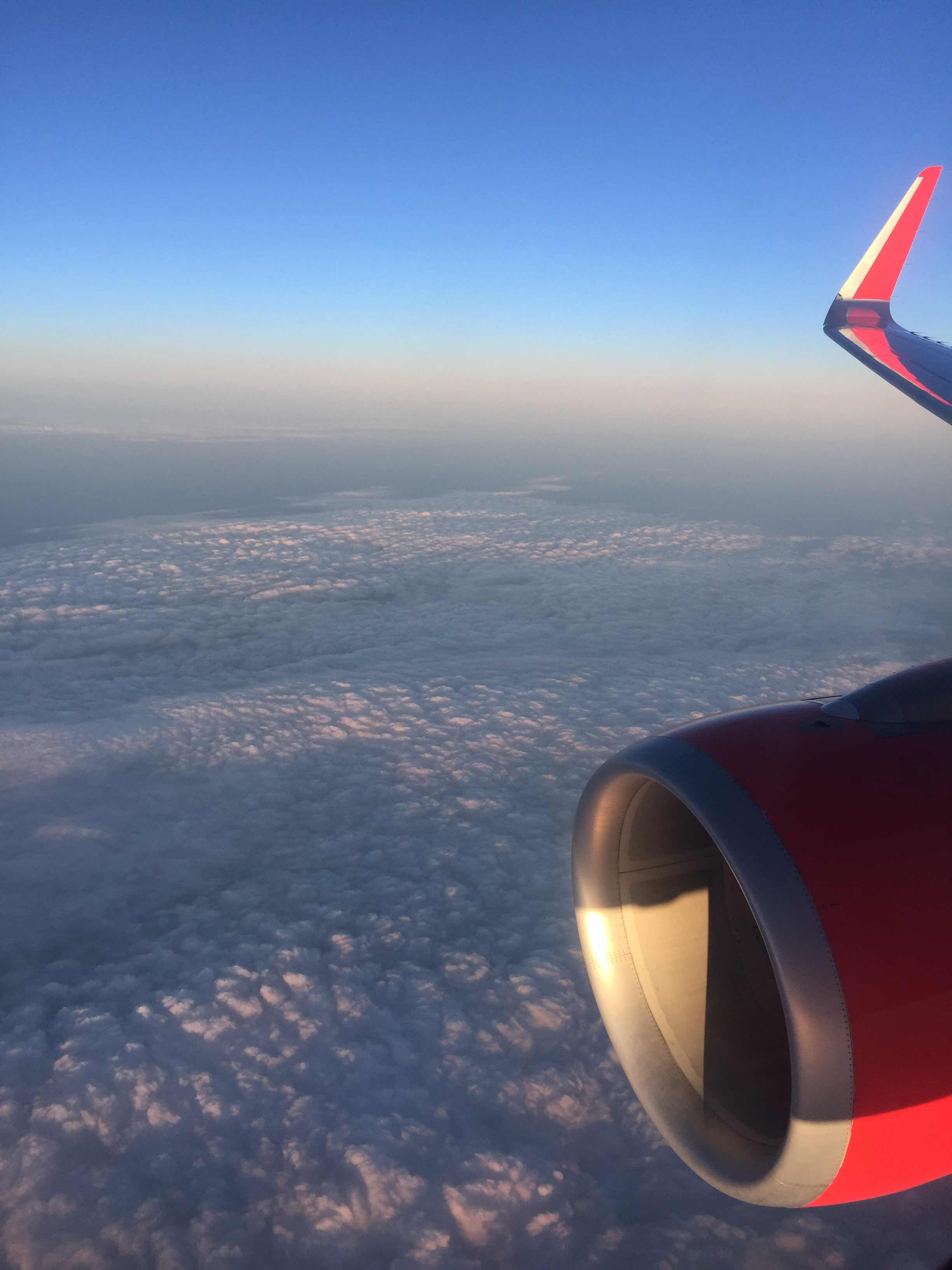 We are now on our way home and looking forward to seeing our family and friends again!
Our BBF has said this was the last Camino. We will have other smaller adventures with his Ebike, but we say, never say never for our BBF is known for saying, „there’s no such thing as I can’t!“
In this context we wish all our friends and fellow pilgrims Ultreia et suseia! 🐻
Posted by Alan Tyson-Carter at 15:47