A grey day and with a later start as breakfast was not till 08:00hrs. 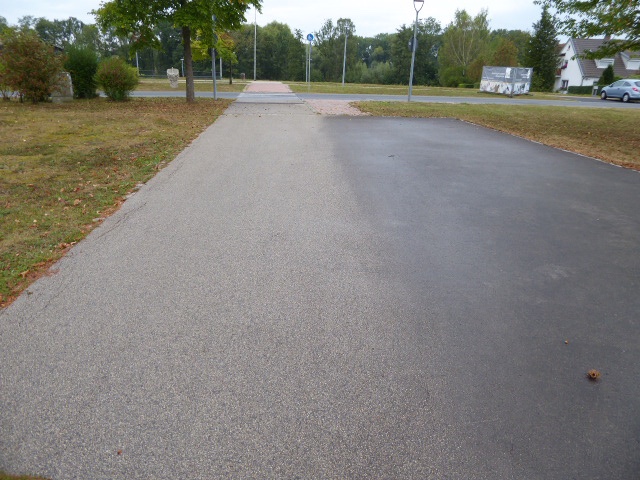 Here it has rained on one side of the track and not on the other! Our route took us through a park out of town. This park had a couple of interesting things to play with to amuse us bears. 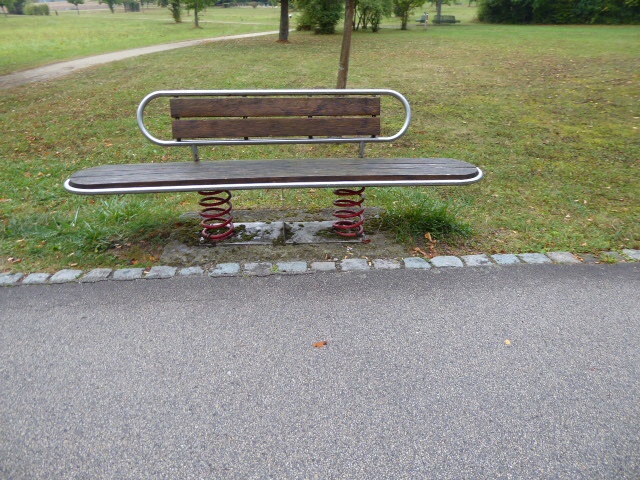 A sort of rocking horse seat on springs. 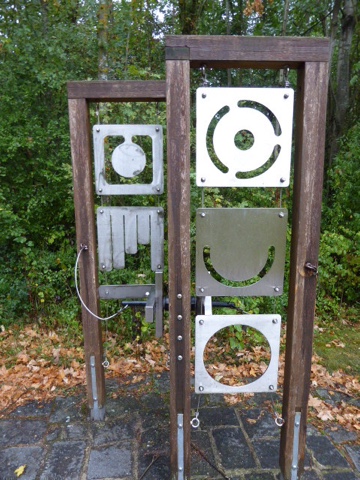 And a whole lot of percussion plates to make music with. We did too. 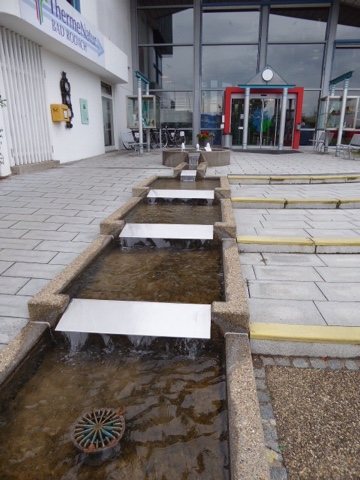 At the top of the hill was the thermal baths. This fountain had warm water in it. 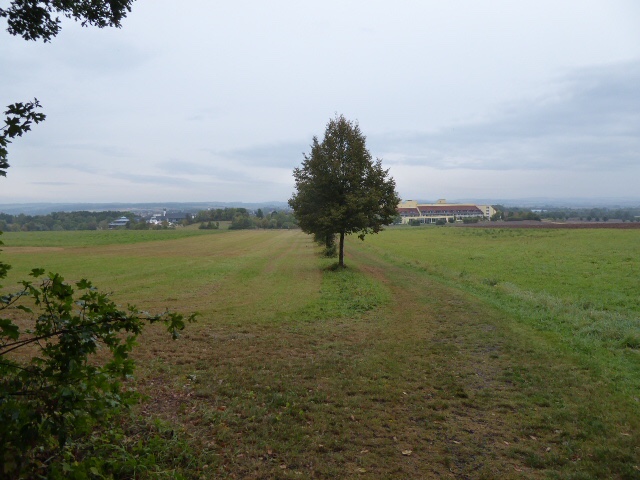 Then it was across the fields to the forest. One last look back at the view. 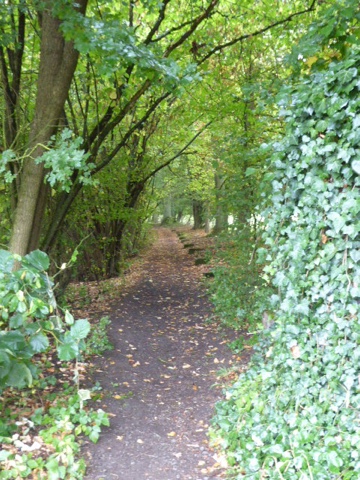 Then it was into the forest and uphill all the way. 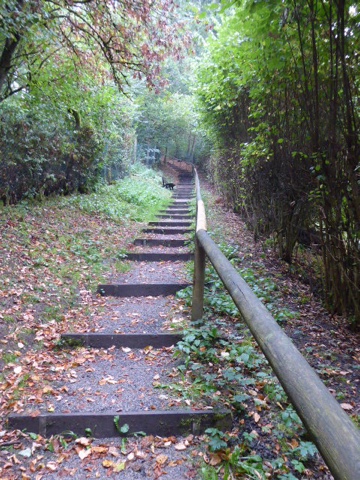 It got steep enough for steps too. 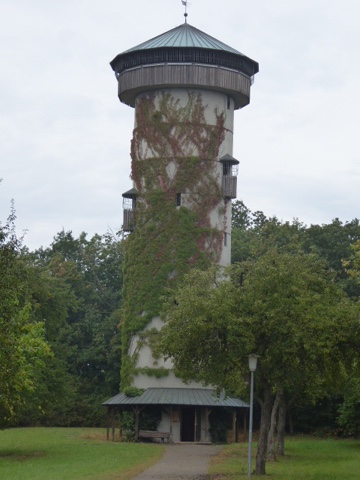 At the top was a tower, but we did not go up, Alan's knees thanked us we feel. 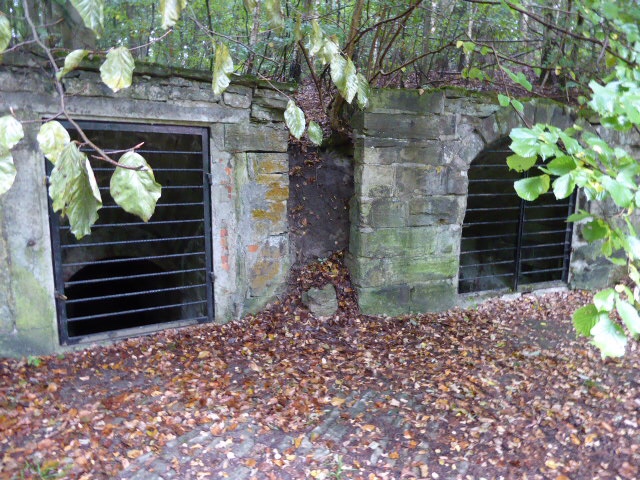 We passed places where humans had dug holes in the hill. 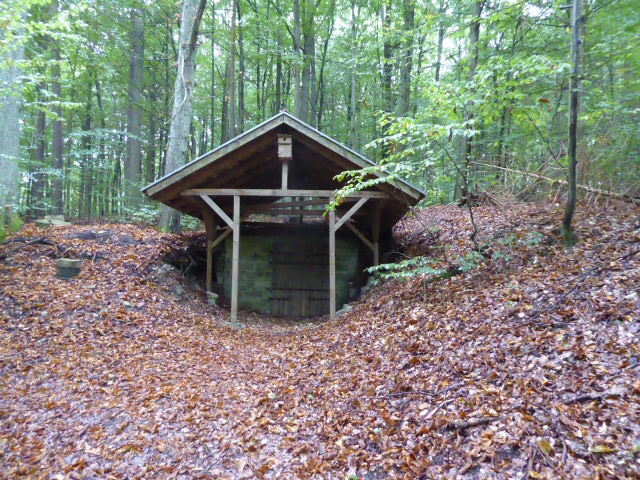 They are more than likely to be old ice houses, where people stored ice made in the winter months on the mountain. 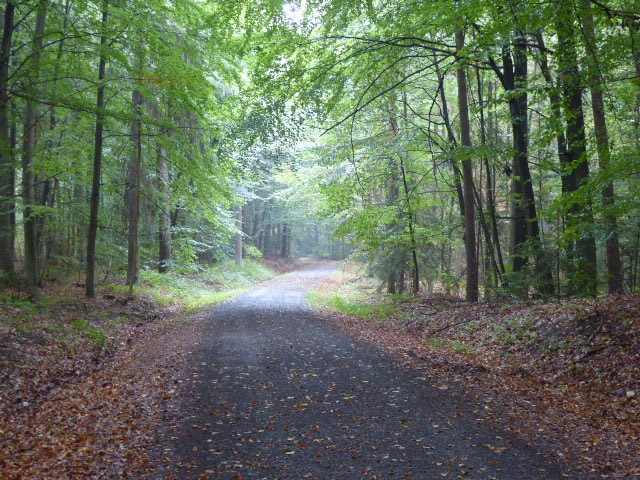 For awhile we followed  a good road through the forest, but still saw no one. The forest was also strangely devoid of sound. No birds nothing! 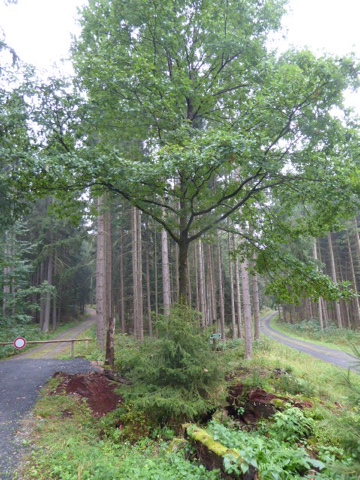 This tree was called the "bratwurst tree", but there were no bratwurst to be had! 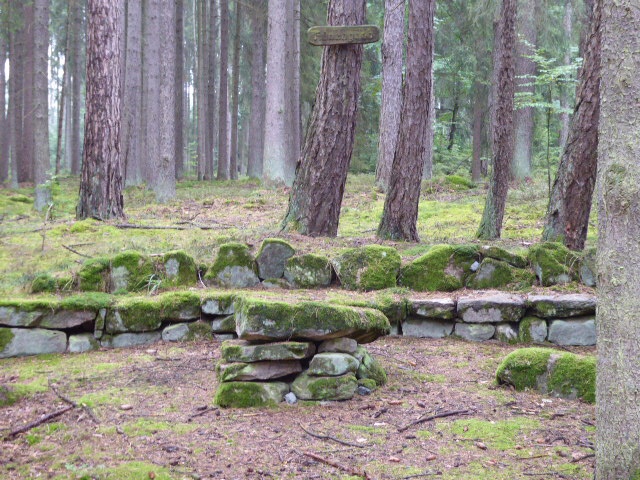 Then we passed an ancient Hun burial site. 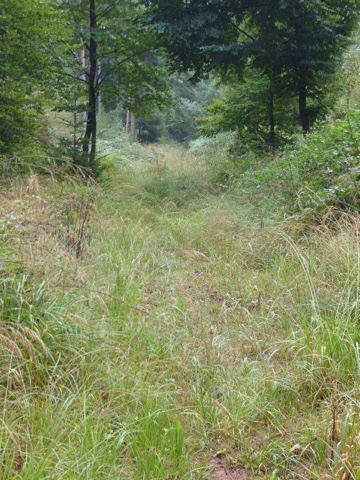 This part of the official trail was wet ad muddy as well as steep. 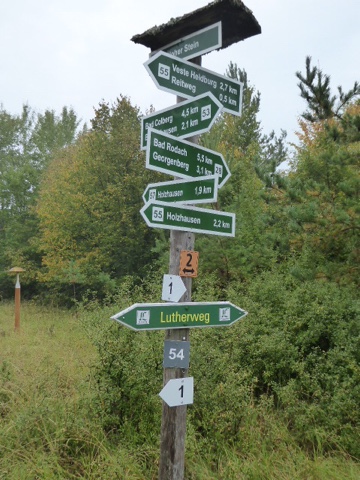 For a time we were again following the Luther road, one that he would have walked. 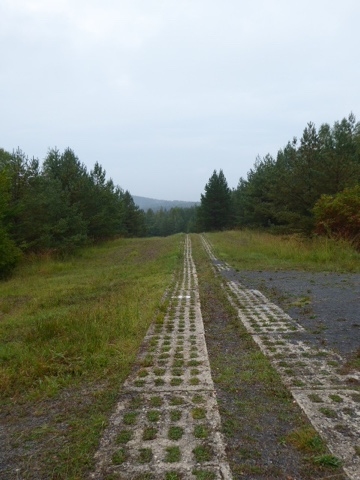 But now we were back on the border trail. 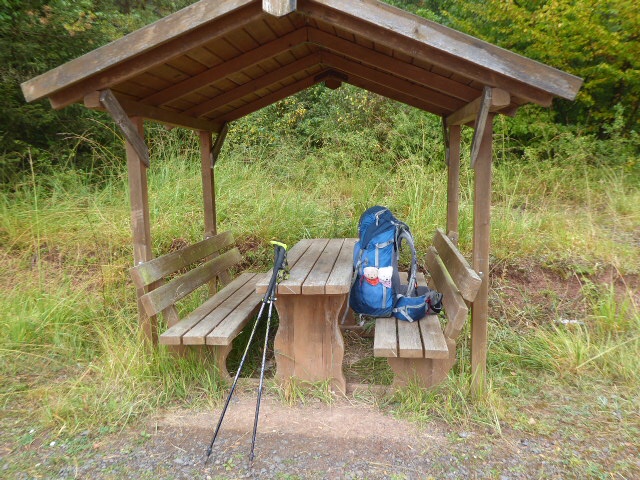 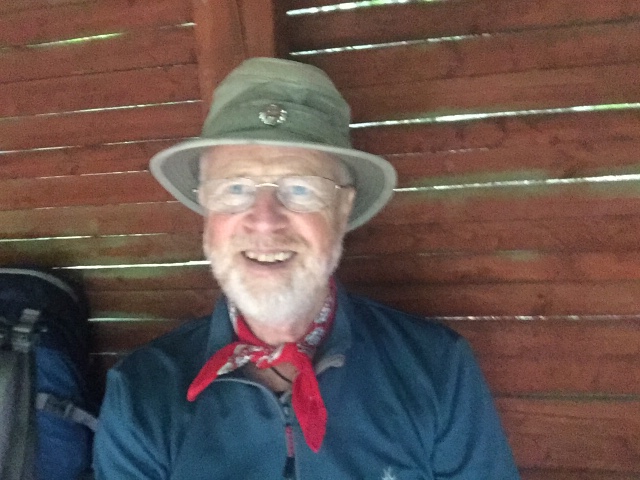 There were plenty of huts on the trail to rest and shelter in. Alan decided to take a more direct route to Einöd which saved us more than 15 kms over the official route. So we left the convoy route and navigated ourselves further through the forest. When it started to rain we were protected by the trees and were able to take shelter in a hut until the worst had subsided.
Then we could not find the path that would lead directly to Einöd out of the forest. So we now broke new trail and took a direct route out to the edge of the forest where we found the path that led to where we wanted to go. It is this bit of the adventure that our BBF likes best. 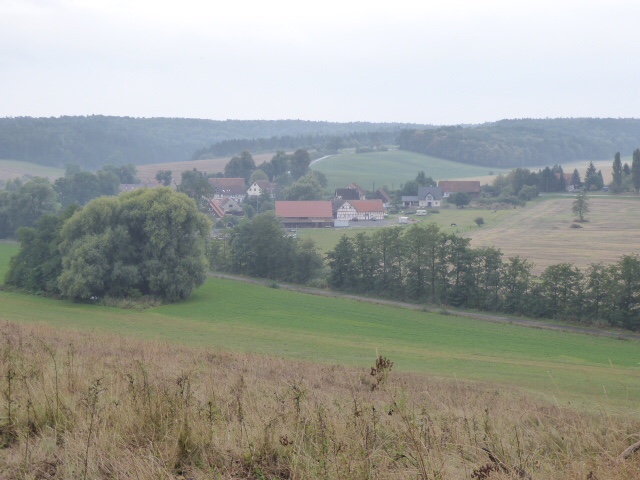 We could now see Einöd in the valley below. 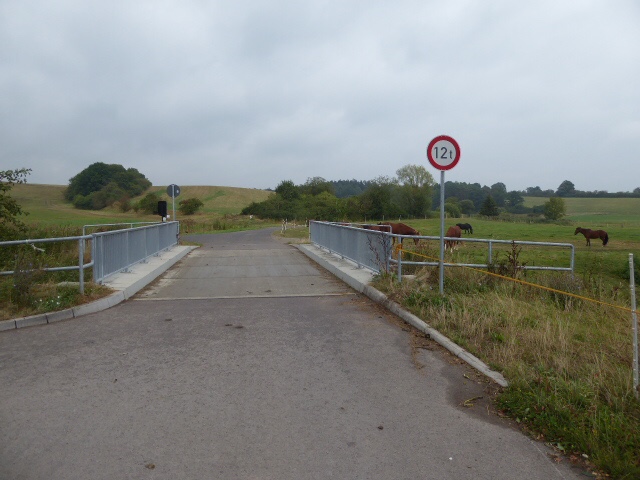 We played Pooh sticks on the bridge into the village, and you guessed it, we bears won! 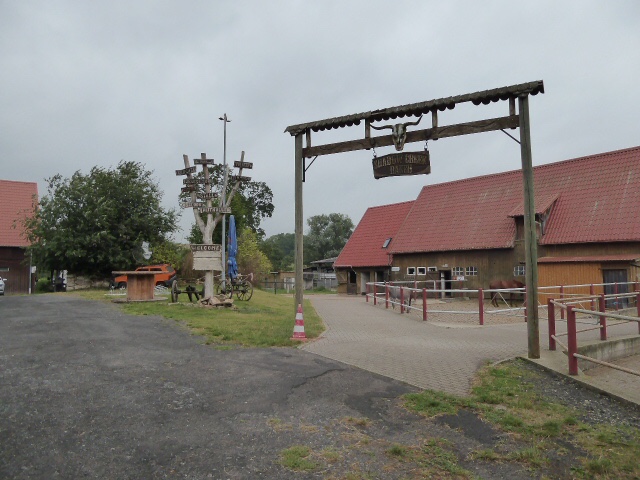 We are housed on Western Ranch where there are plenty of horses, but also an ass or two. 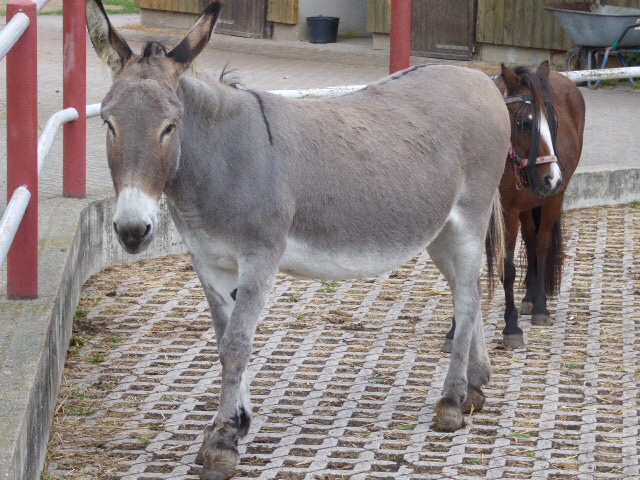 Our room is above the barn, but comfortable enough. 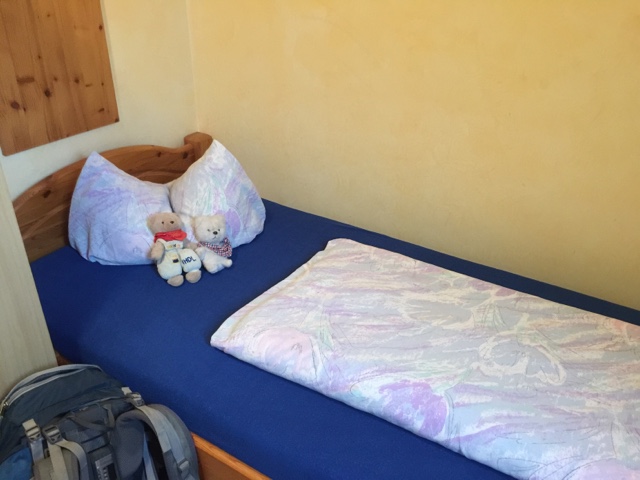 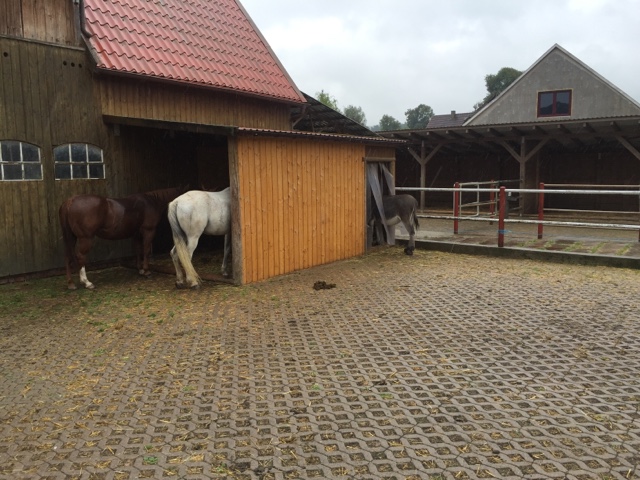 It is raining now where we are and the animals appear not to mind getting a wet bottom. Alan says humans prefer a wet head to a wet bottom! Is this true? We bears don't like getting wet at all. Let's hope tomorrow is a better weather day.
Posted by Alan Tyson-Carter at 20:45