An 07:00 hrs breakfast set our BBF up for the day and we set off an hour later into yet another wonderful blue sky day. Alan had read in the guide book that the first part of the route out of the village of Meilschnitz was up an extremely steep hill! He decided to avoid it by taking the other road out of the village which led to the top of the pass. This road was uphill but not steep. At the top of the pass we joined the route. 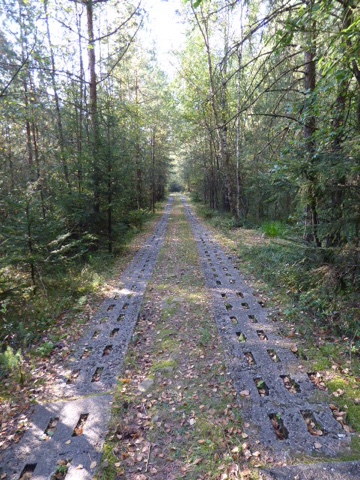 It led through sweet smelling forest, but it was not all easy. There was much up and down work today and at one point the route was blocked by fallen tres. 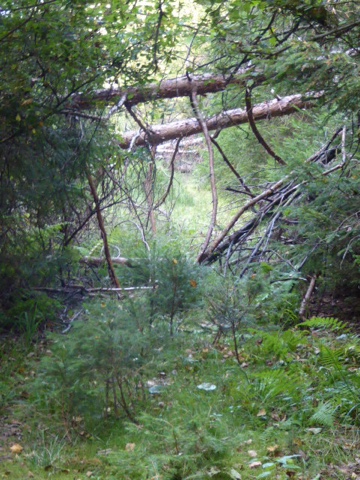 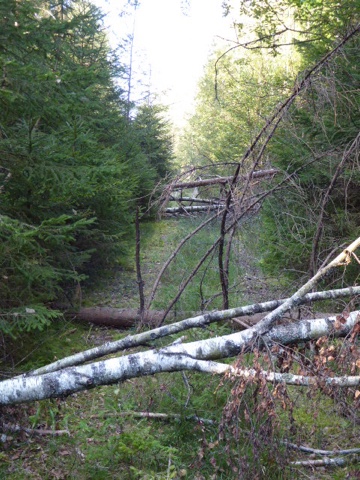 The knees did not like navigating these bits at all. 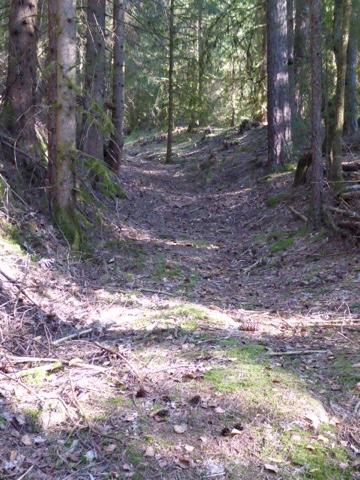 But once clear of them we had nice woodland trails to walk on. 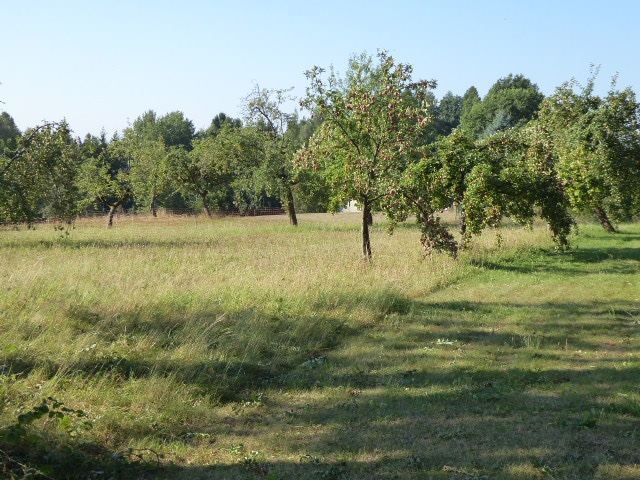 We climbed up out of the forest into a village. 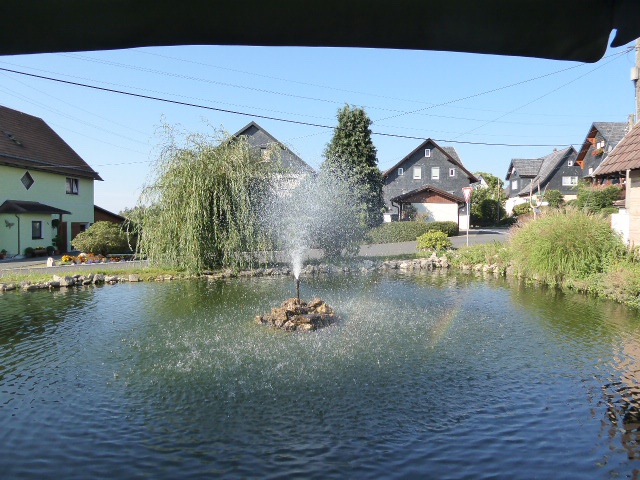 And was able to rest awhile by the village fountain. Then we were off again on minor roads across fields and in the sunshine. As we came down hill to a bend in the road where we had to turn off onto the woodland path again, Alan now fell! His left foot hit the curb of the road and his left ankle gave way. He fell like a cut tree! Took the majority of the fall on his left shoulder, but the right knee hit the gravel hard.
For a moment he lay there like a turtle on its back, hat, sunglasses, sticks in all directions of the compass. Eventually he struggled out of his pack and got back on his feet. Now with a soar ankle as well as a gammy knee.
Walking on through the forest we came to a small dam which we had to walk over. 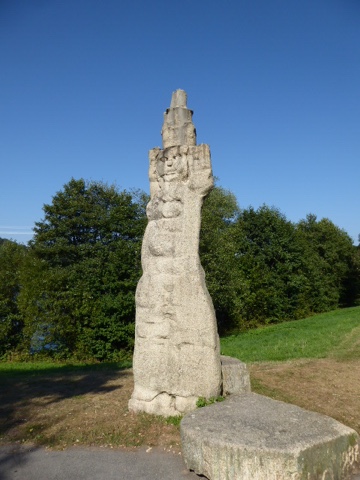 Some pieces of art were also placed on its shores. 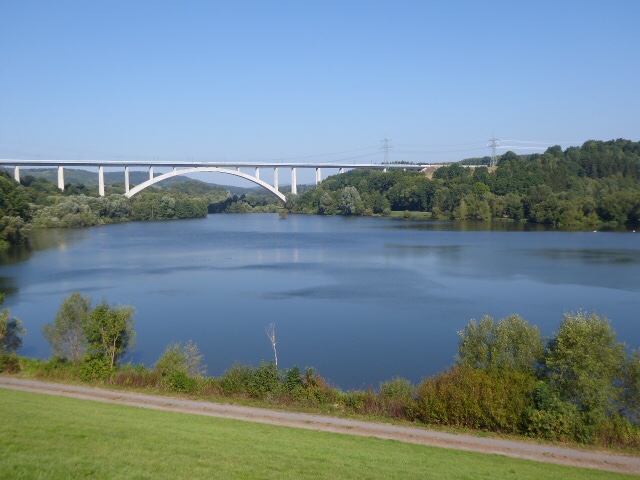 The bridge you see is the new high speed rail link between Munich and Berlin. 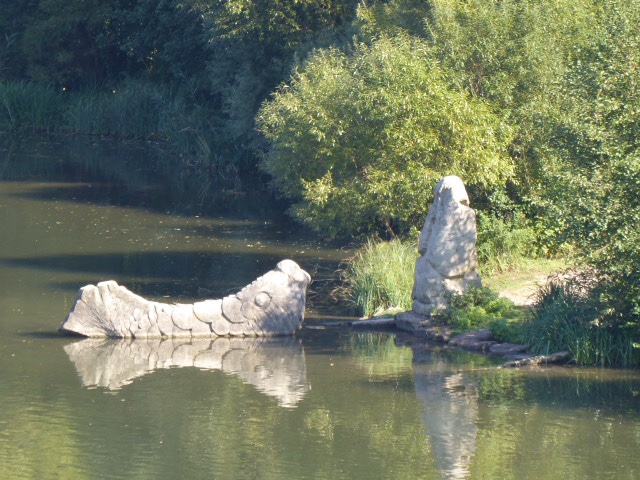 More art on the shores of the man made lake. 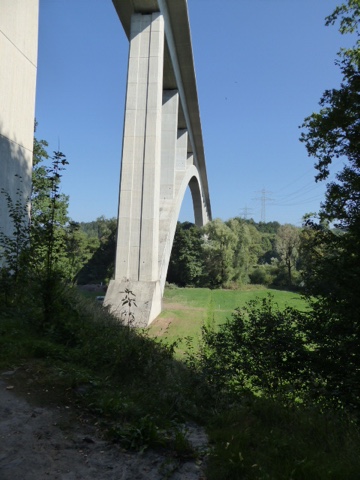 Then we passed under the railway and walked through a couple of small hamlets.

This panorama photo shows one of them we passed through on the left of the picture. 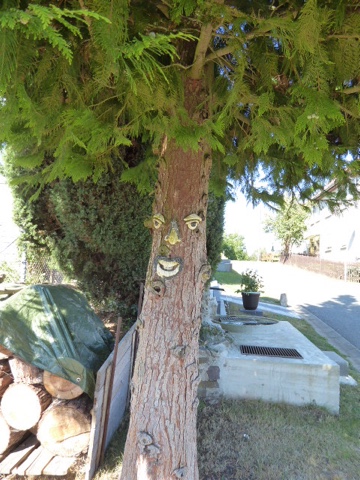 This fine chap was in that hamlet. 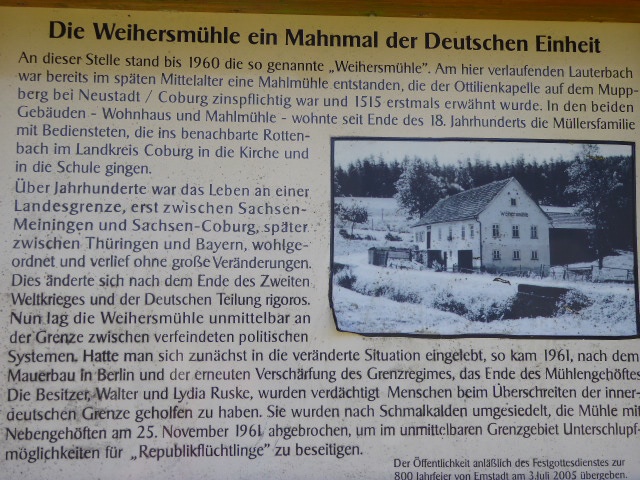 Once through the hamlet in the woods again we came to yet another memorial that recorded that a very old mill had been raised to the ground and the inhabitants rehoused, because it sat close to the border! 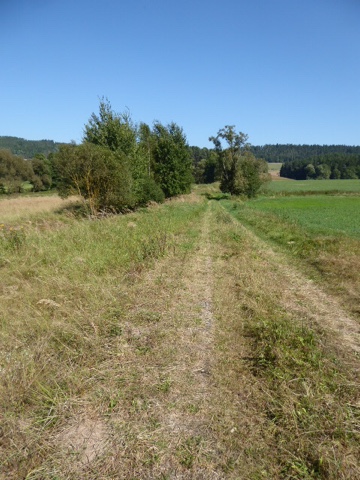 Then it was across grass land, but in fact the concrete convoy route was somewhere under the grass. 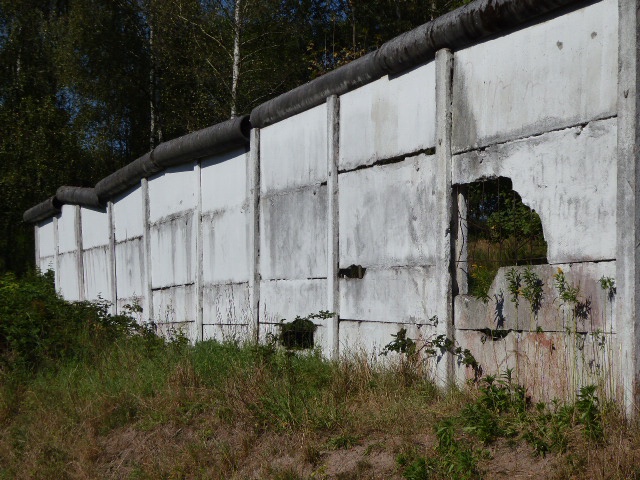 On the outskirts of another hamlet we came across yet another bit of the old wall dividing east and west! Now, a sign says it provides habitat for bats and other wildlife. 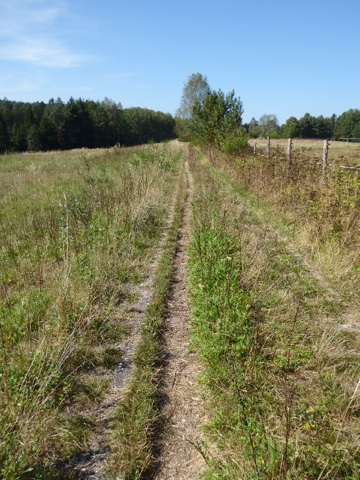 Then it was on over fields and into the woods again. 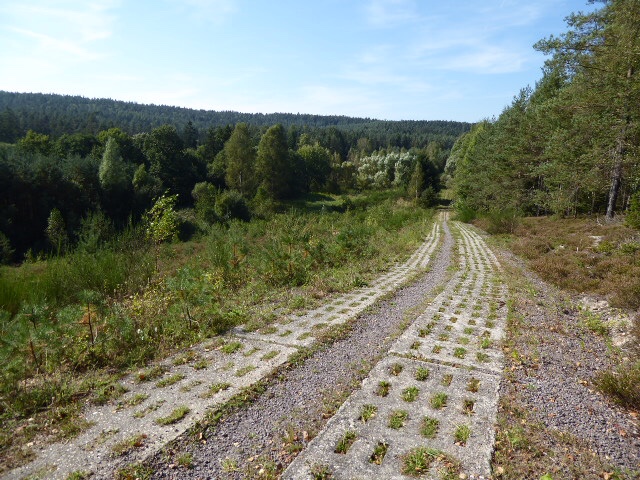 Eventually we reached our hostel for tonight, a three star hotel which did not open till 16:00 hrs though the Booking.com confirmation said check in was 15:00 hrs! Our human was not amused being forced to wait a half hour! 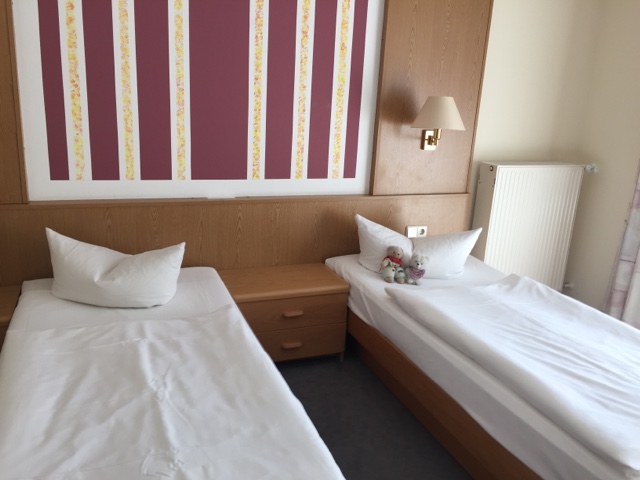 The accommodation is first class though.
Alan now discovered that his small toe on the left foot had bled! The nail was probably too long. He taken his boot off a couple of times and massaged it, but never the sock! 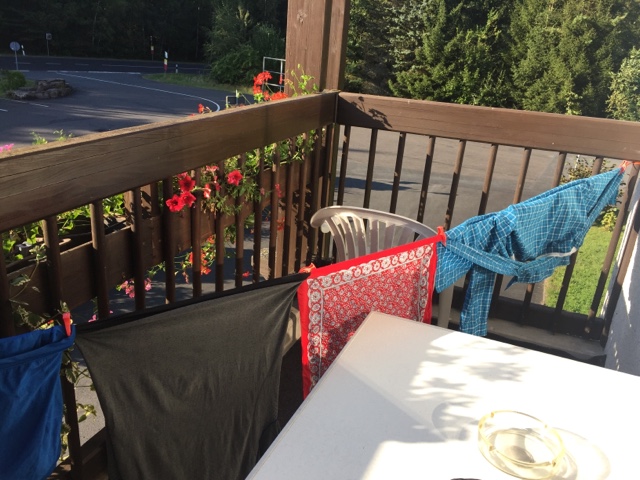 The washing was hung up on the balcony to dry then it was off to the bar for a beer.
Tomorrow is another day!
Posted by Alan Tyson-Carter at 18:21