A cold wet day on the Camino! 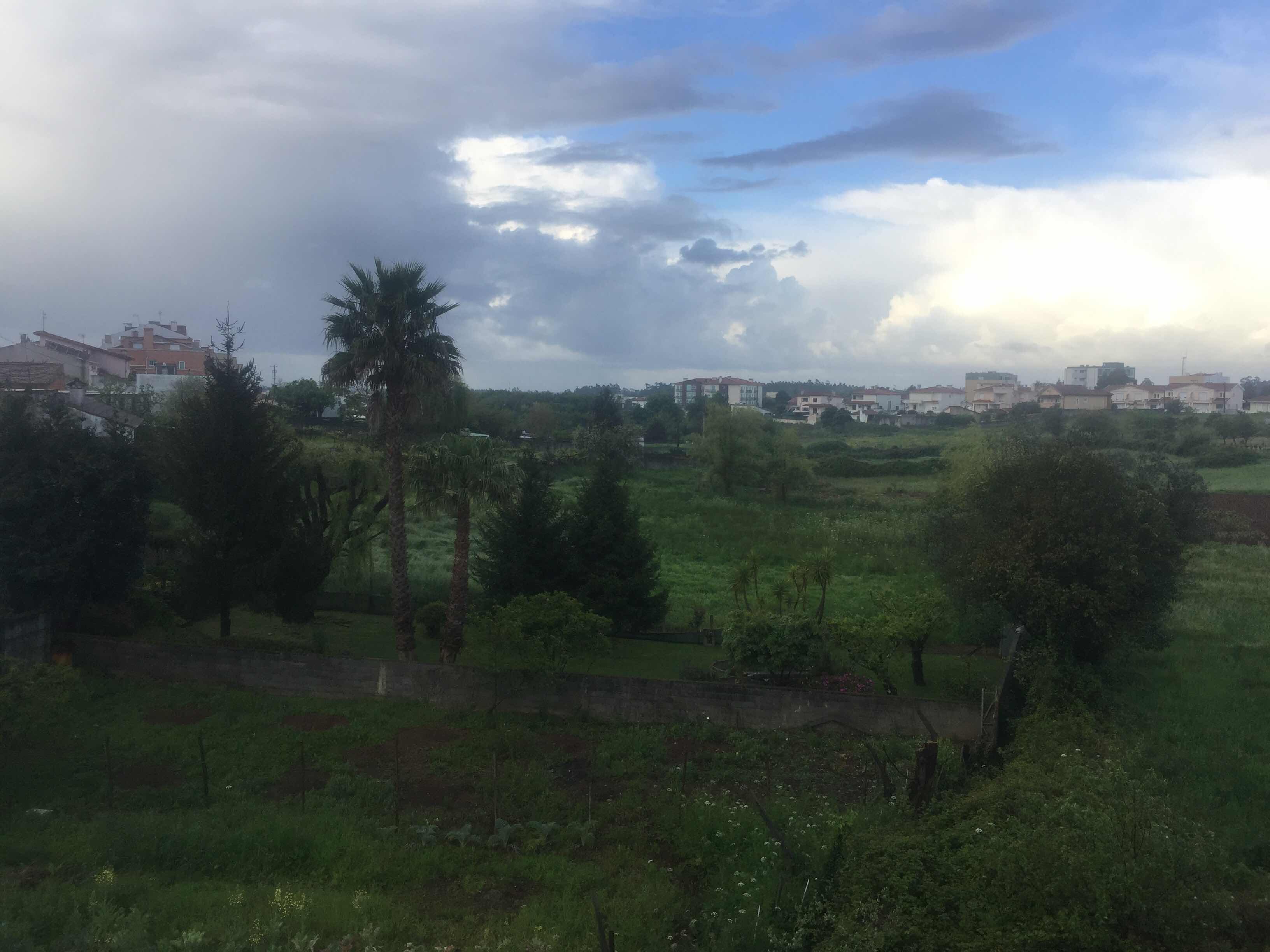 Last night we shared the Albergue with two young ladies from the Ukraine! This morning they were all up together though our two humans were out the door first. They walked the short distance to the café where they had a quick breakfast! An Irishman, they had met some days ago was also there. As it was raining he said might take a Taxi to Porto. Rianne thought it a good idea, but our BBF poo poohed it! 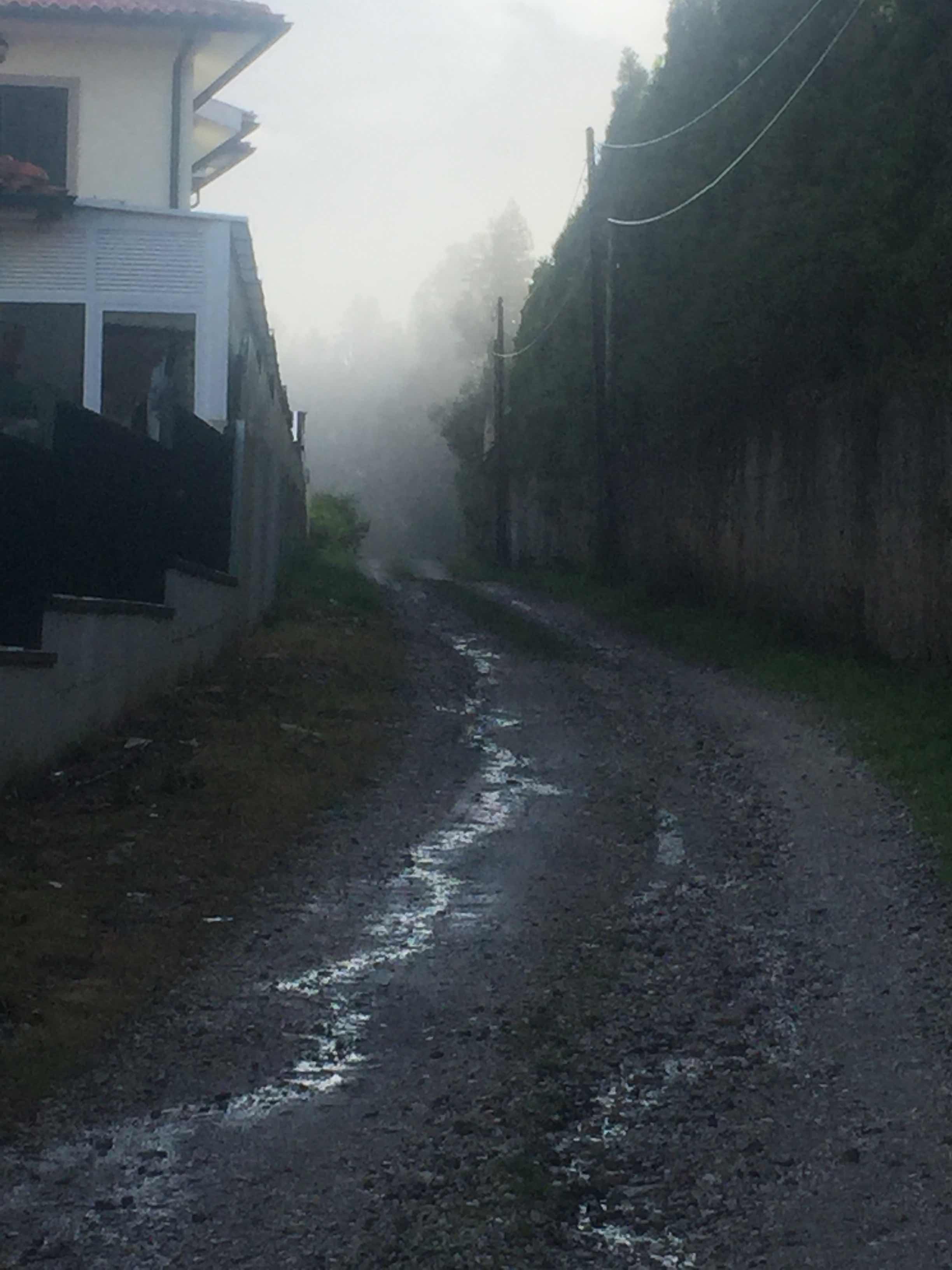 The day did not look good as we walked on out of town. We only had a short walk through a eucalyptus forest, otherwise it was all on roads. 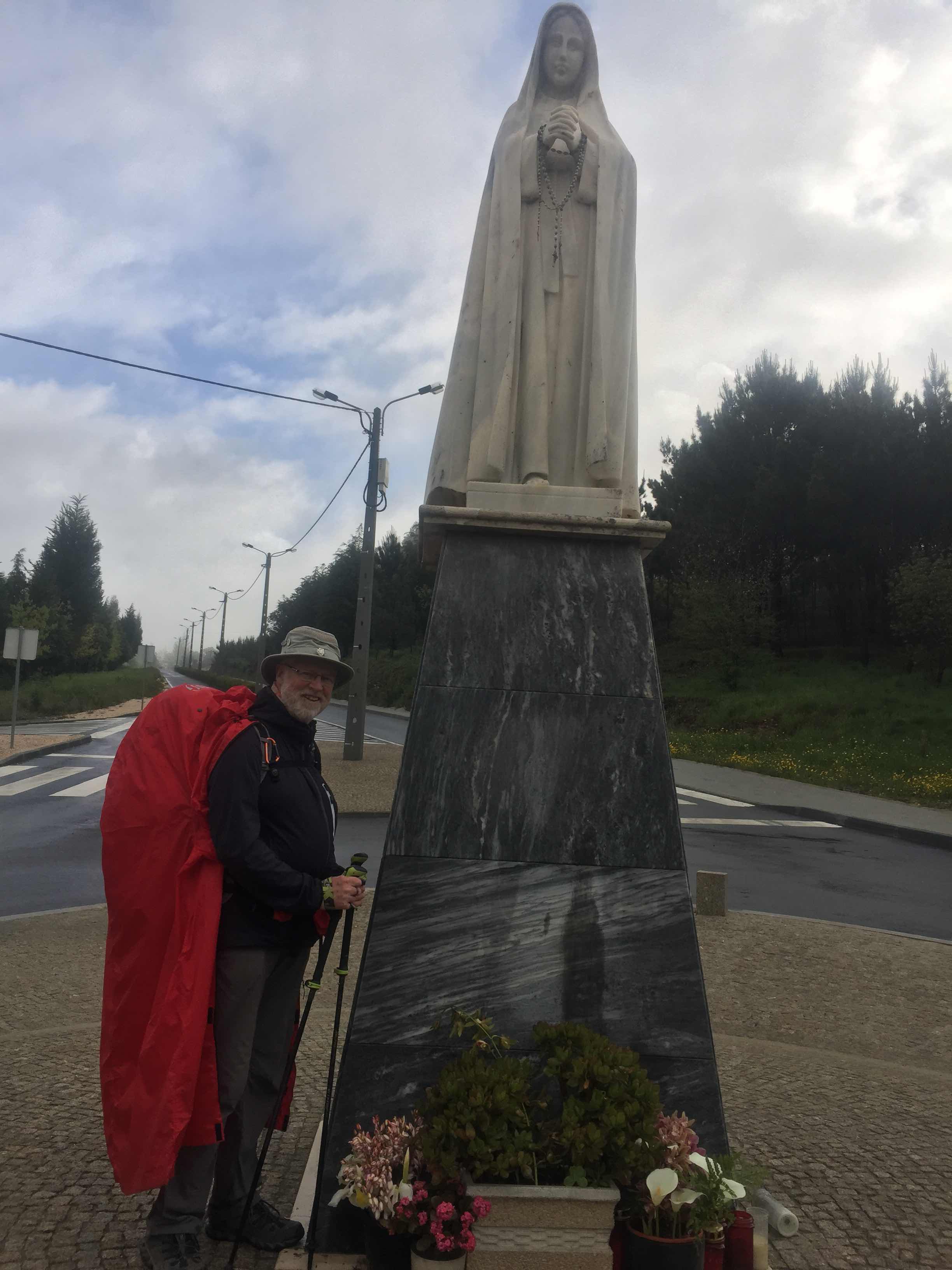 Up until this point it was light rain, but then after taking the photo it hailed! There was some thunder about too. 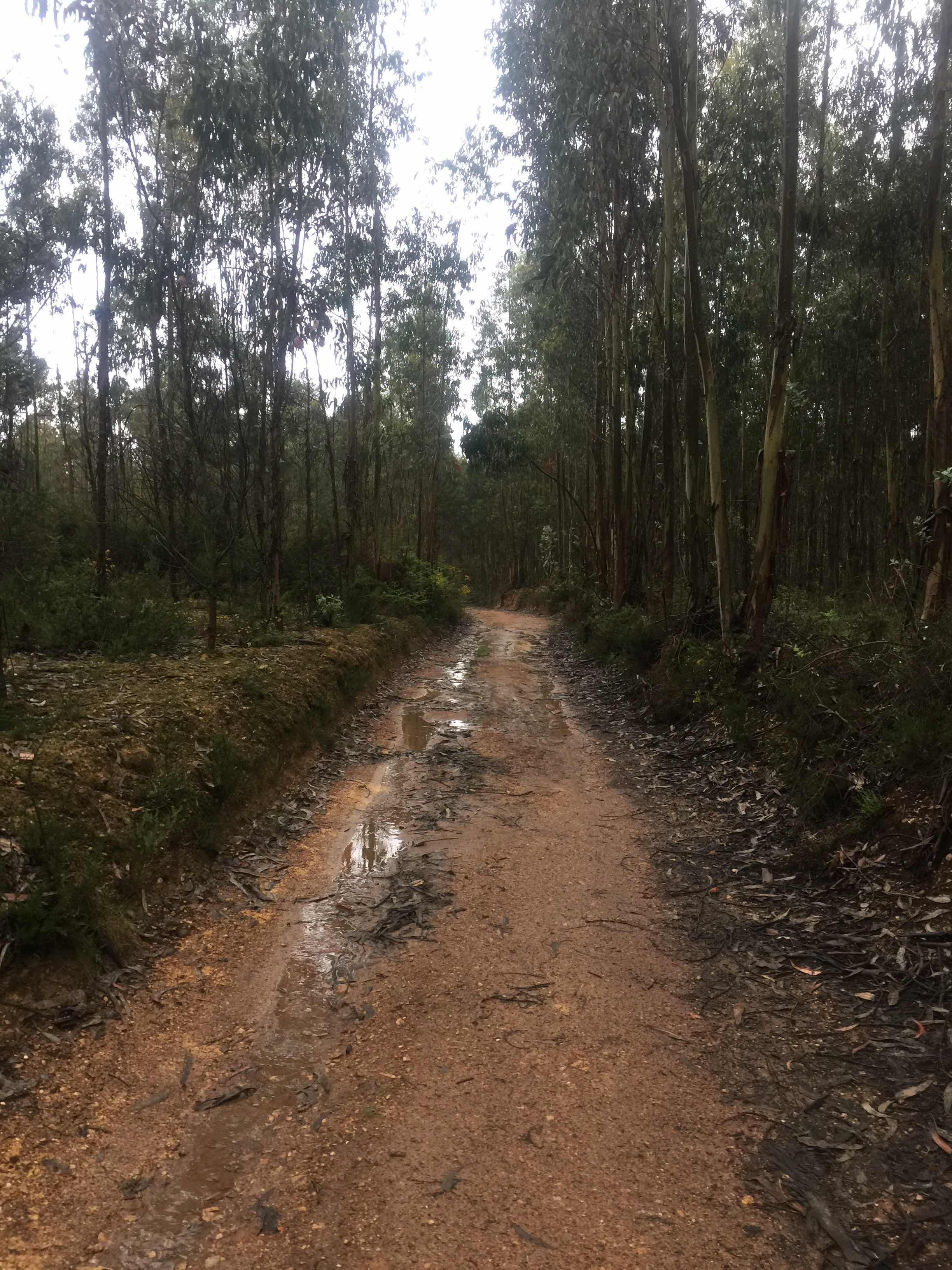 While now walking through this wood our BBF told the tale of his last Camino in 2016, where it thundered and lightninged right above his head on the way to Finisterre and suddenly Alex appeared by his shoulder!
This tale did nothing to allay Rianne’s concerns!! 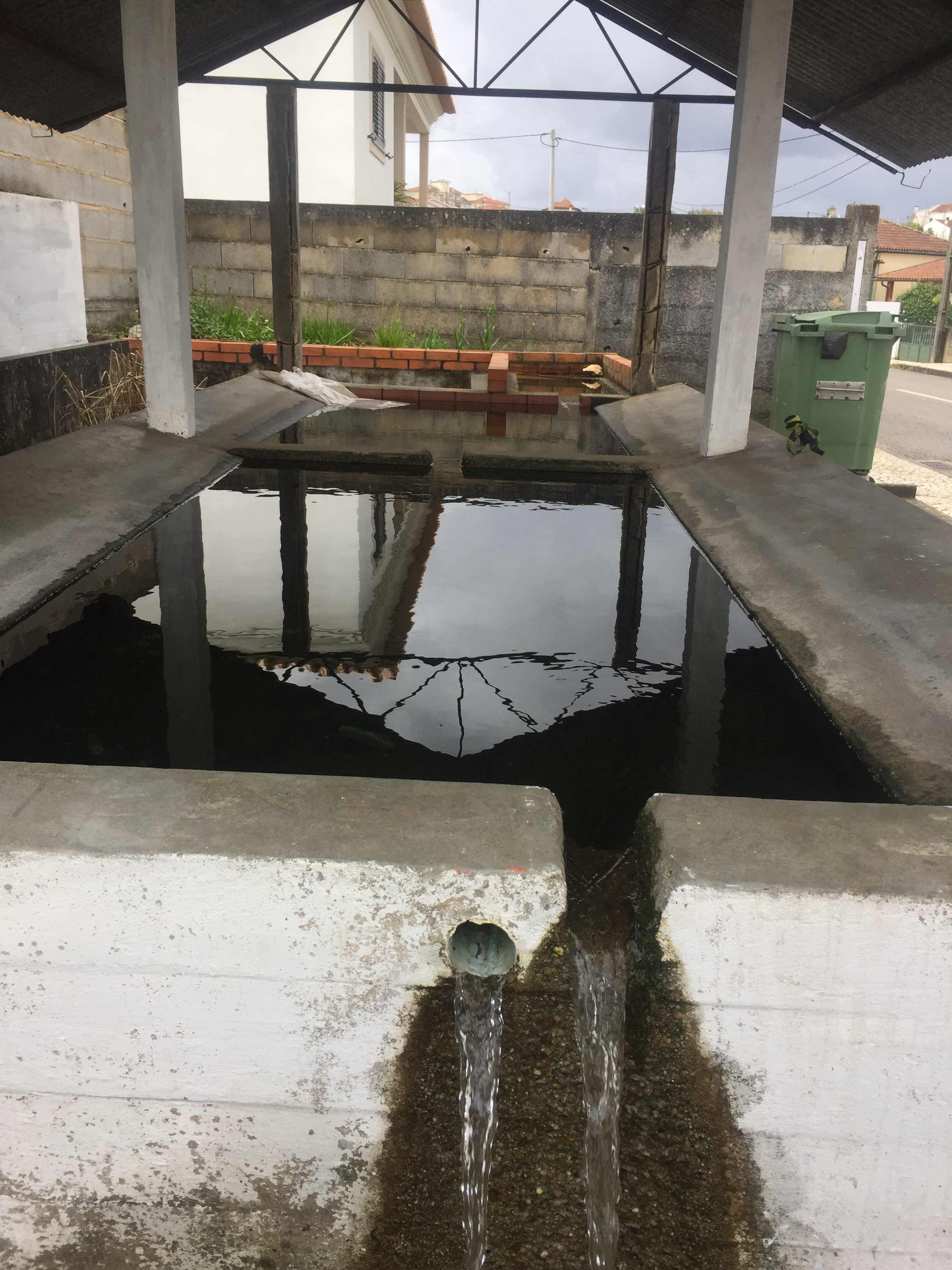 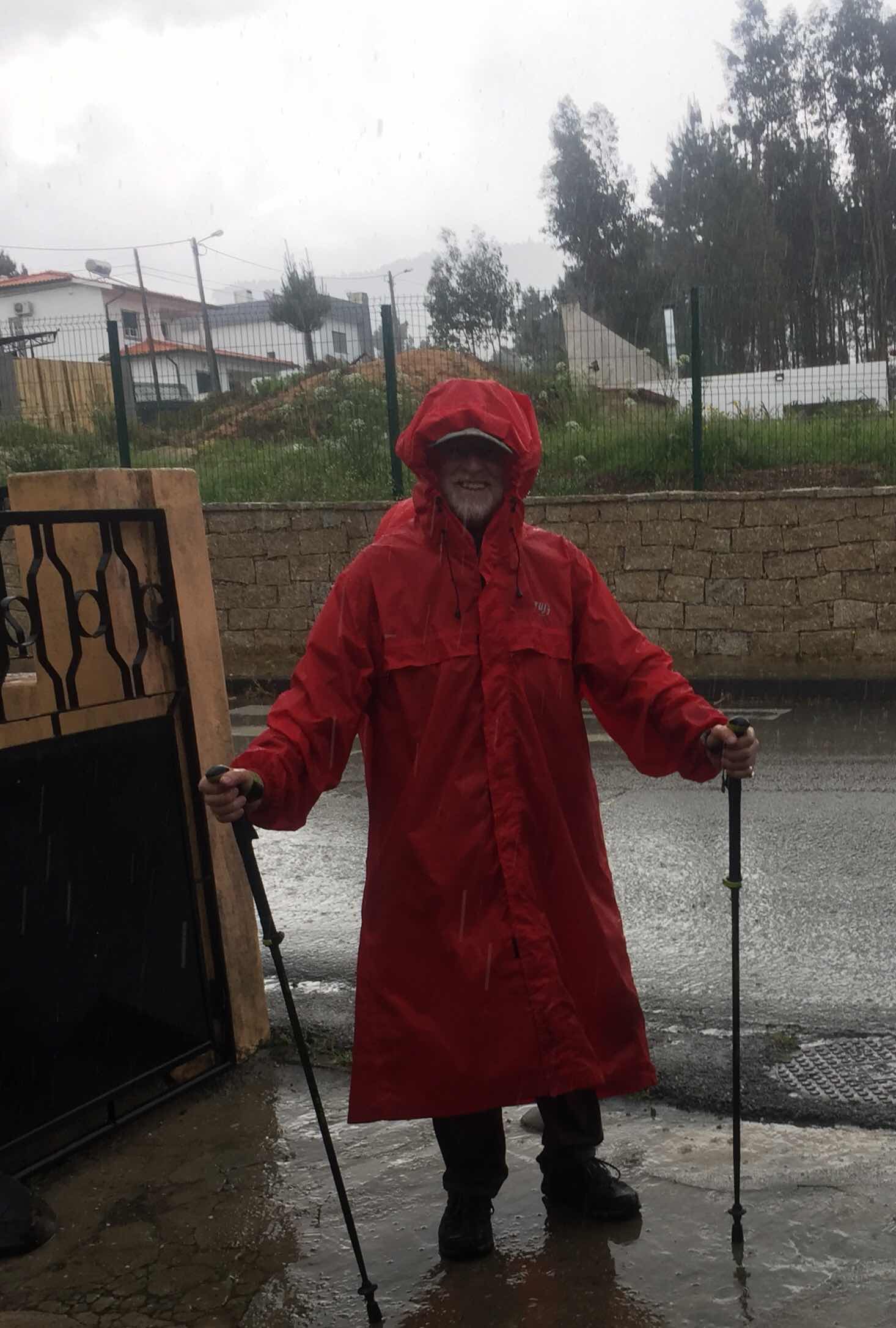 It hailed again and we all took cover in someone’s open garage. The woman of the house came out and said they could stay there, but as soon as it abated we left. 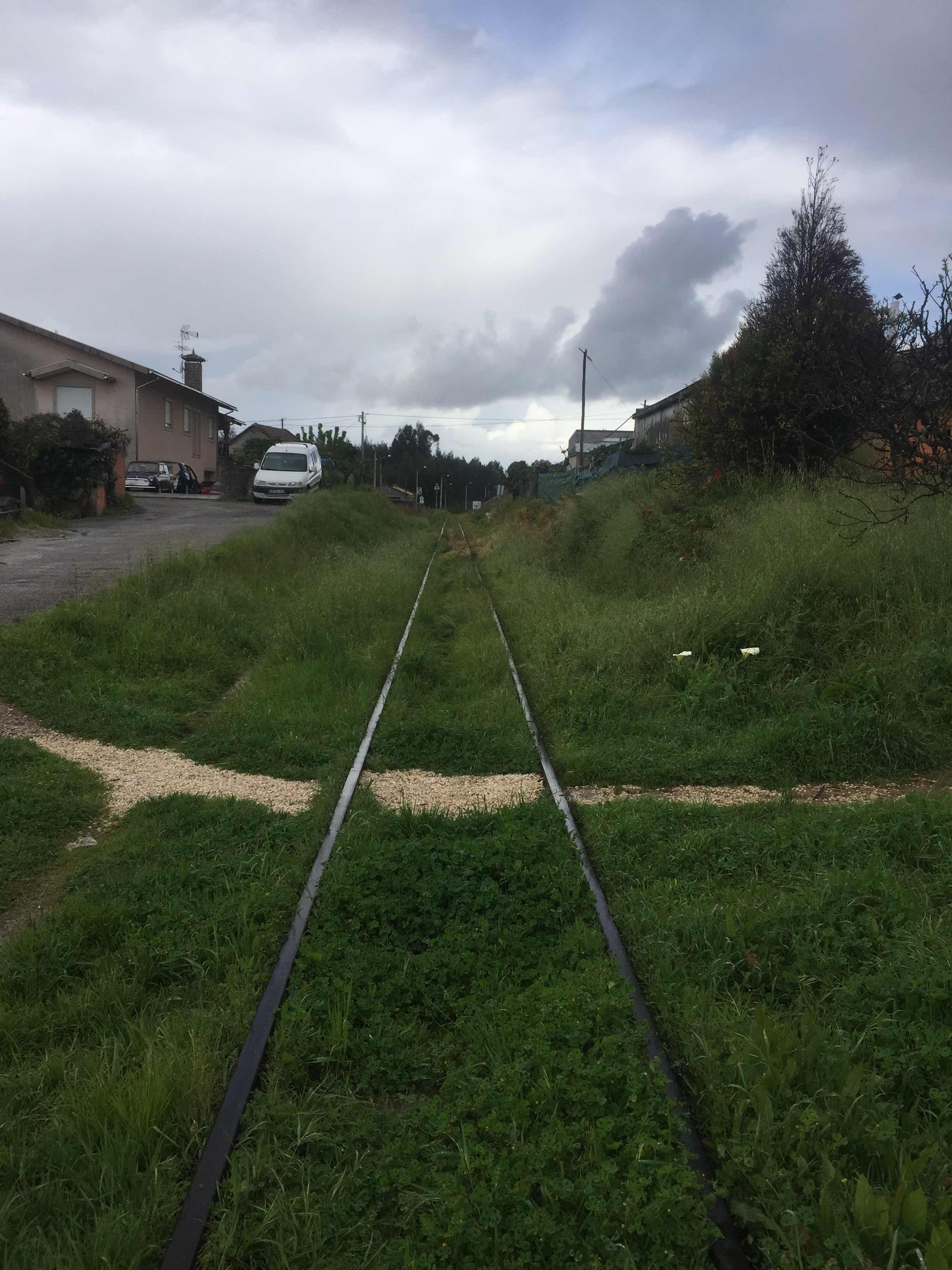 It stopped and now we found ourselves walking along the railway track. 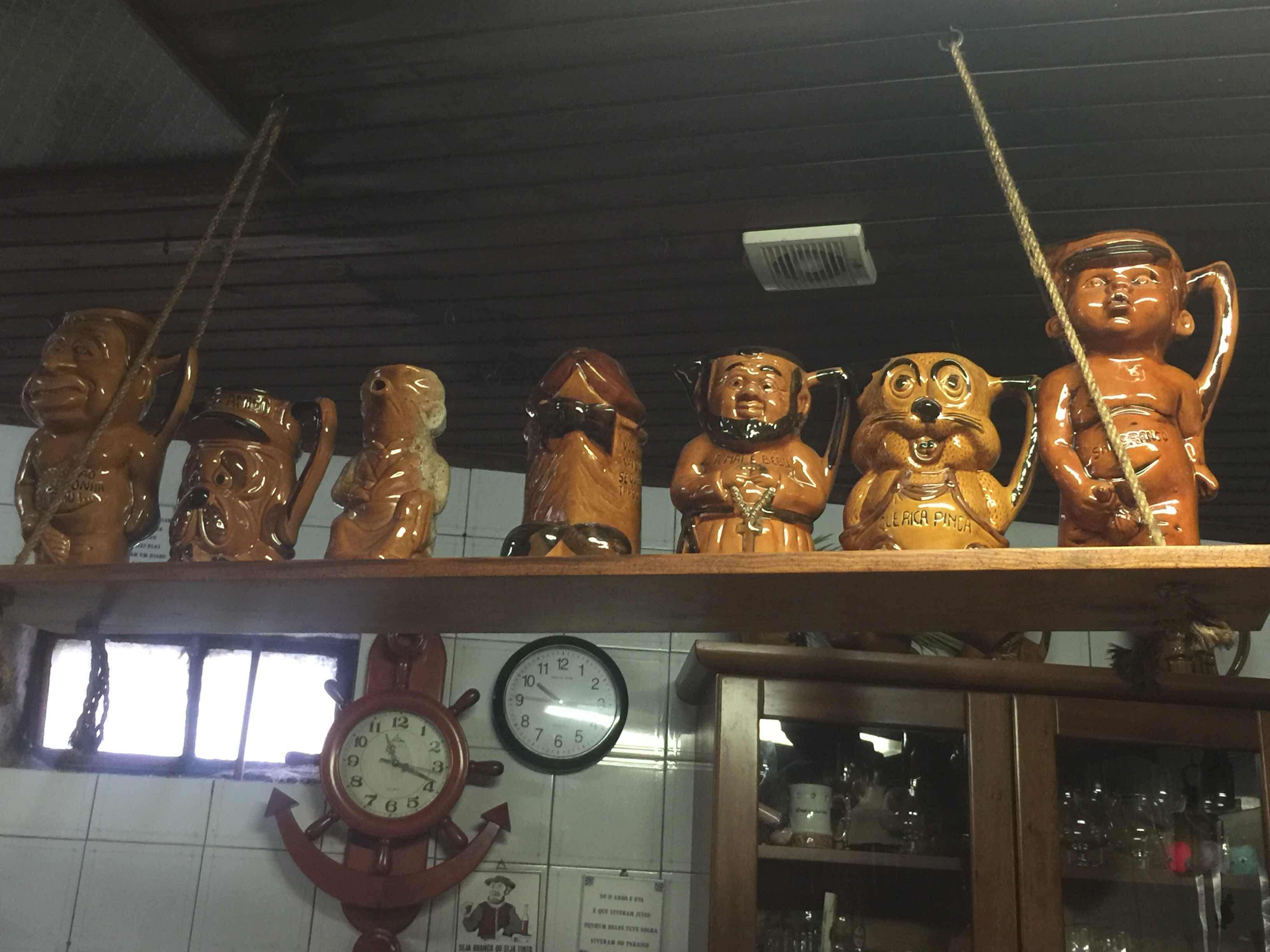 In one village we took refuge in a bar and the humans had coffee and tea with a jambon roll!
The two Ukrainian women were there already! They only have a two week holiday to get to Santiago too! 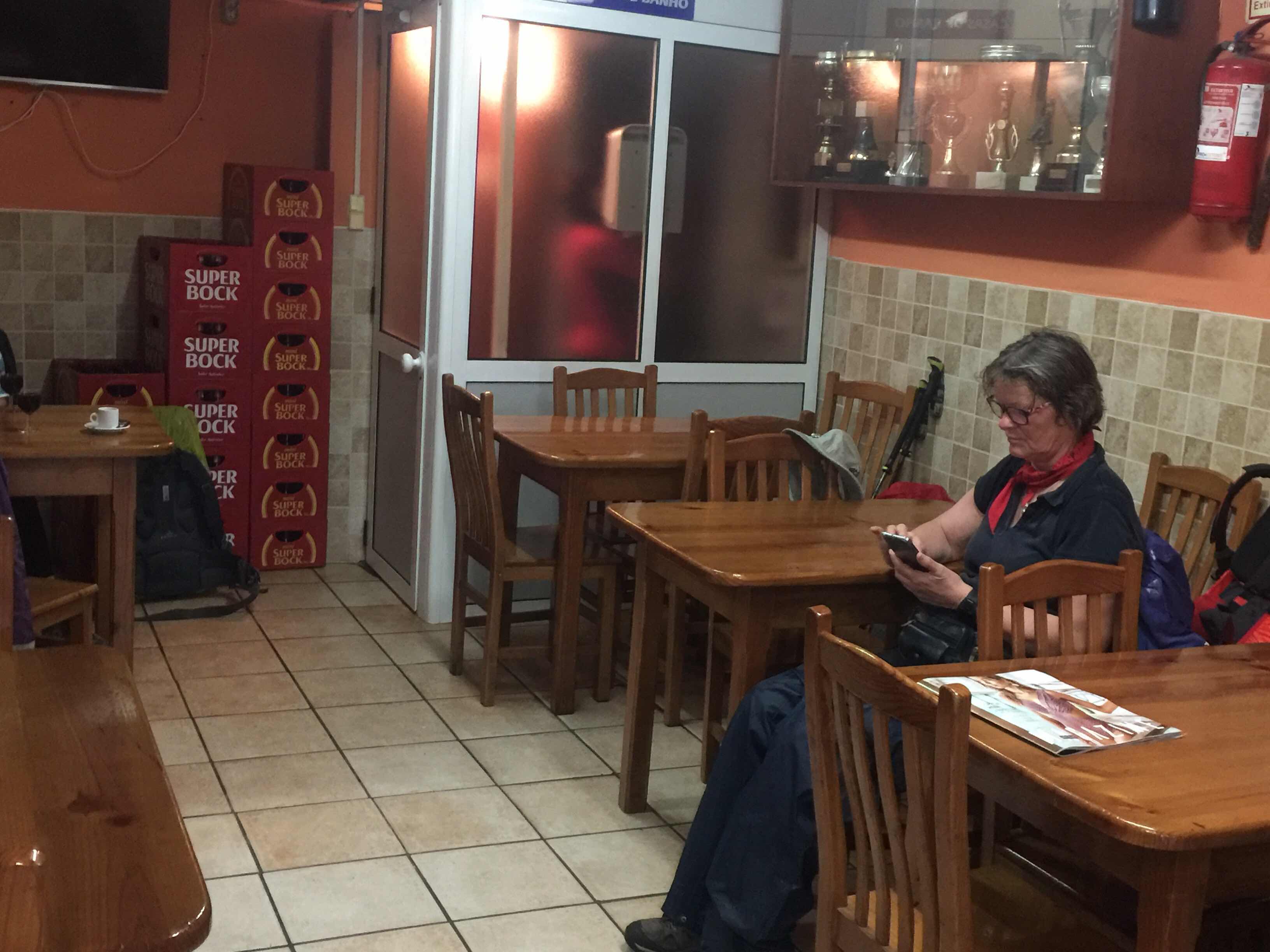 There were nice roasting chicken smells in this bar too. 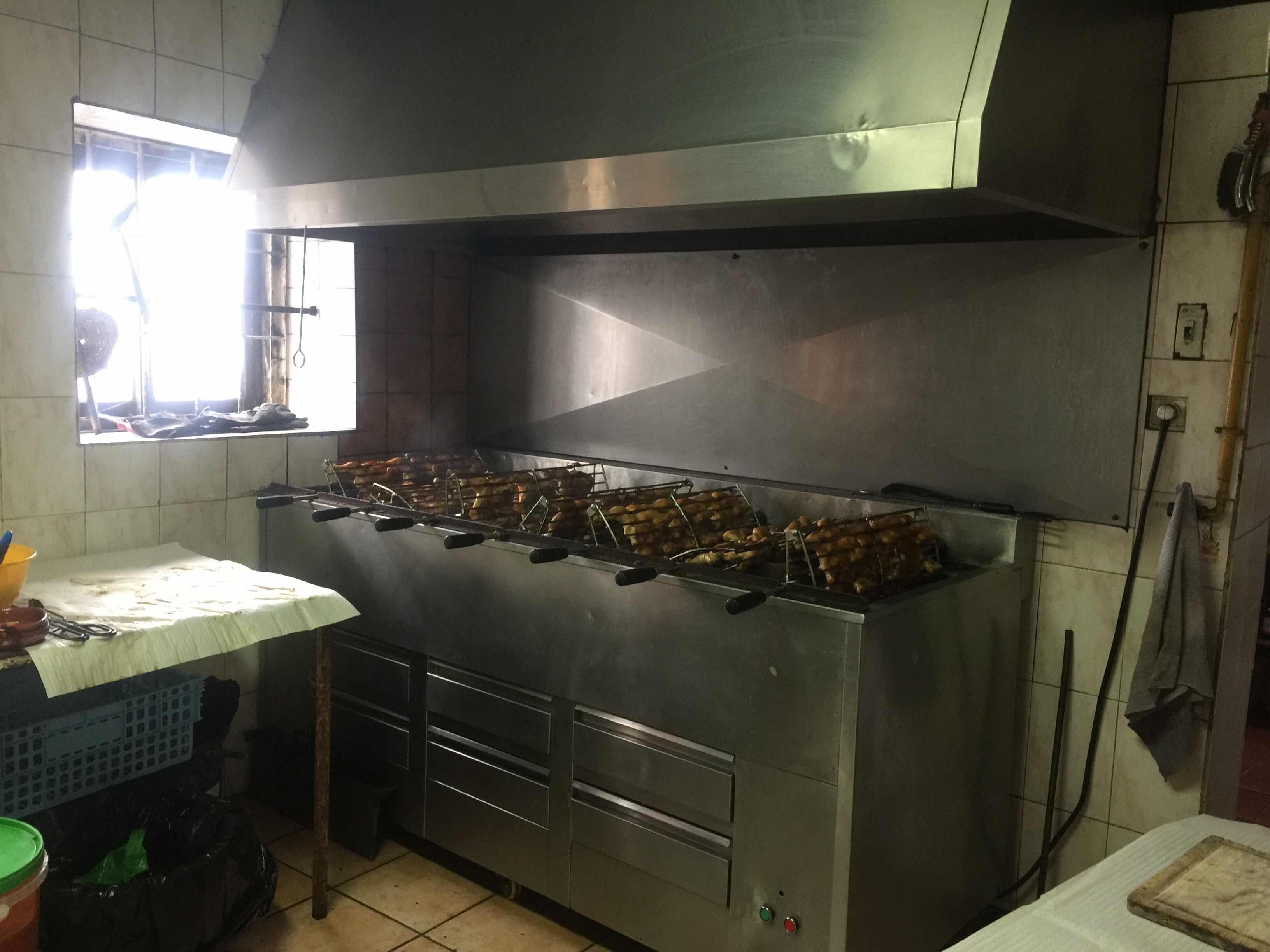 Judging by the number on this charcoal grill the whole village would be in for lunch later. 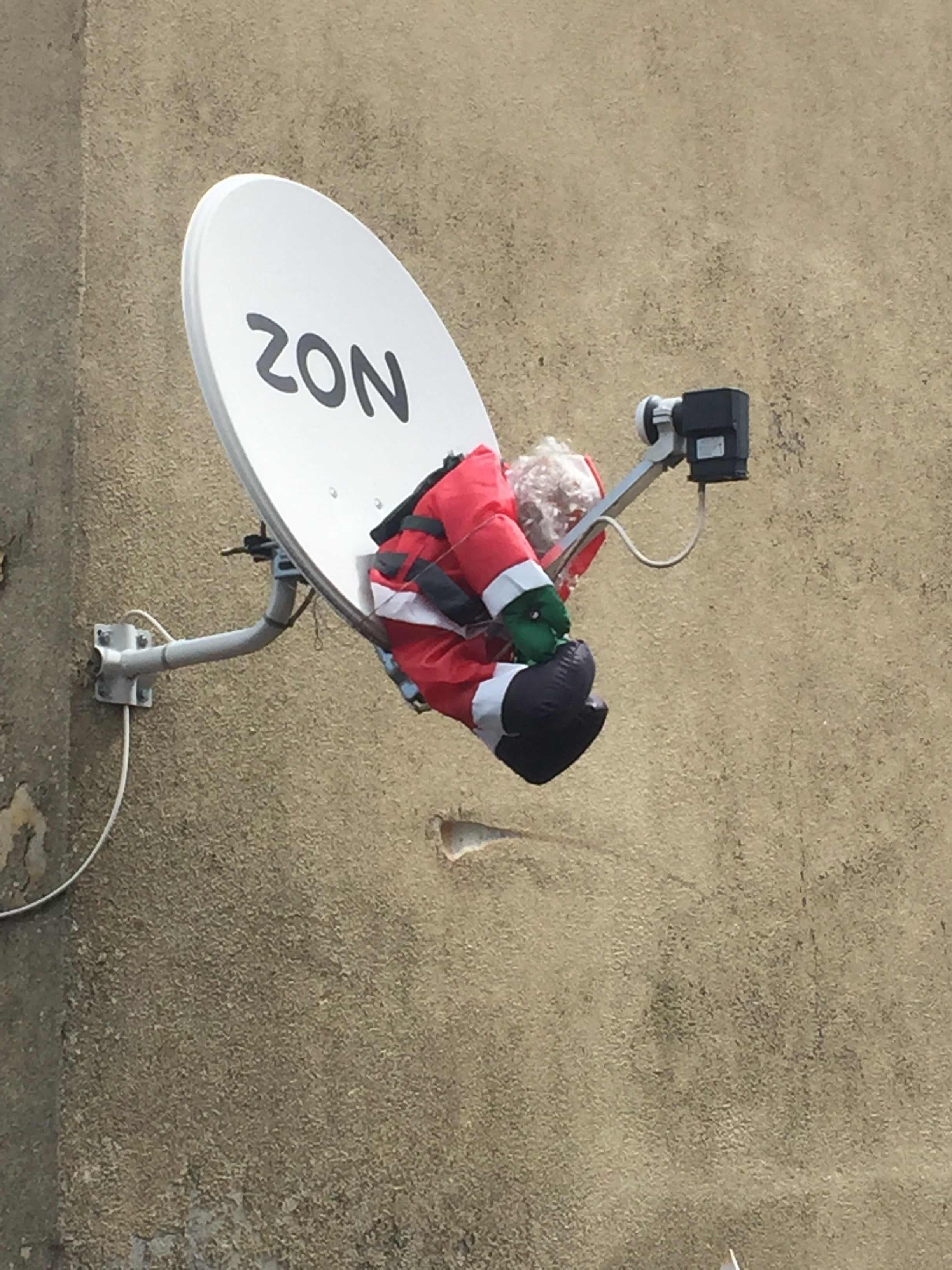 Later we saw this poor Santa sleeping in the rain. 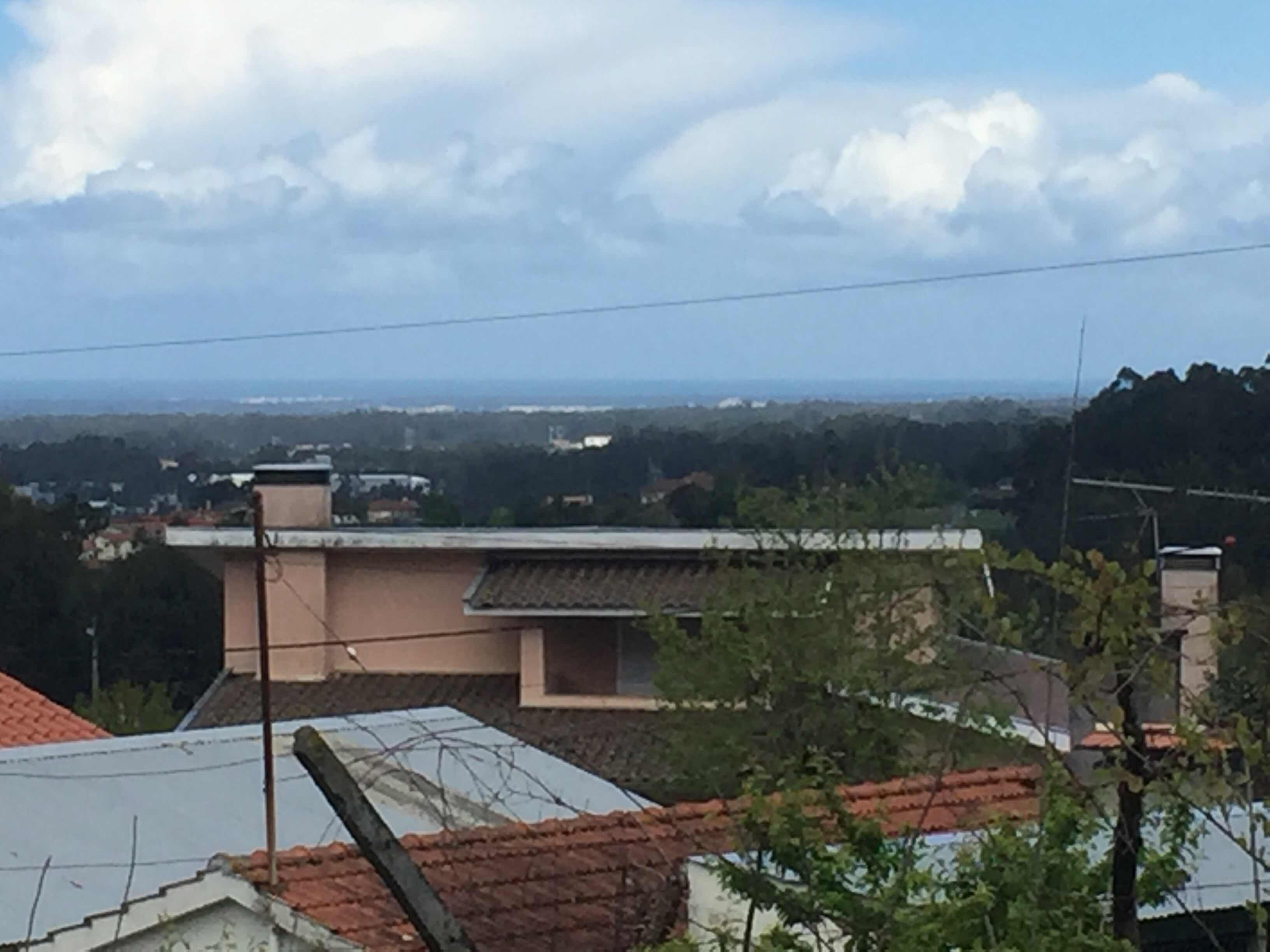 The road took us up a hill and now in the distance we could see the sea!! 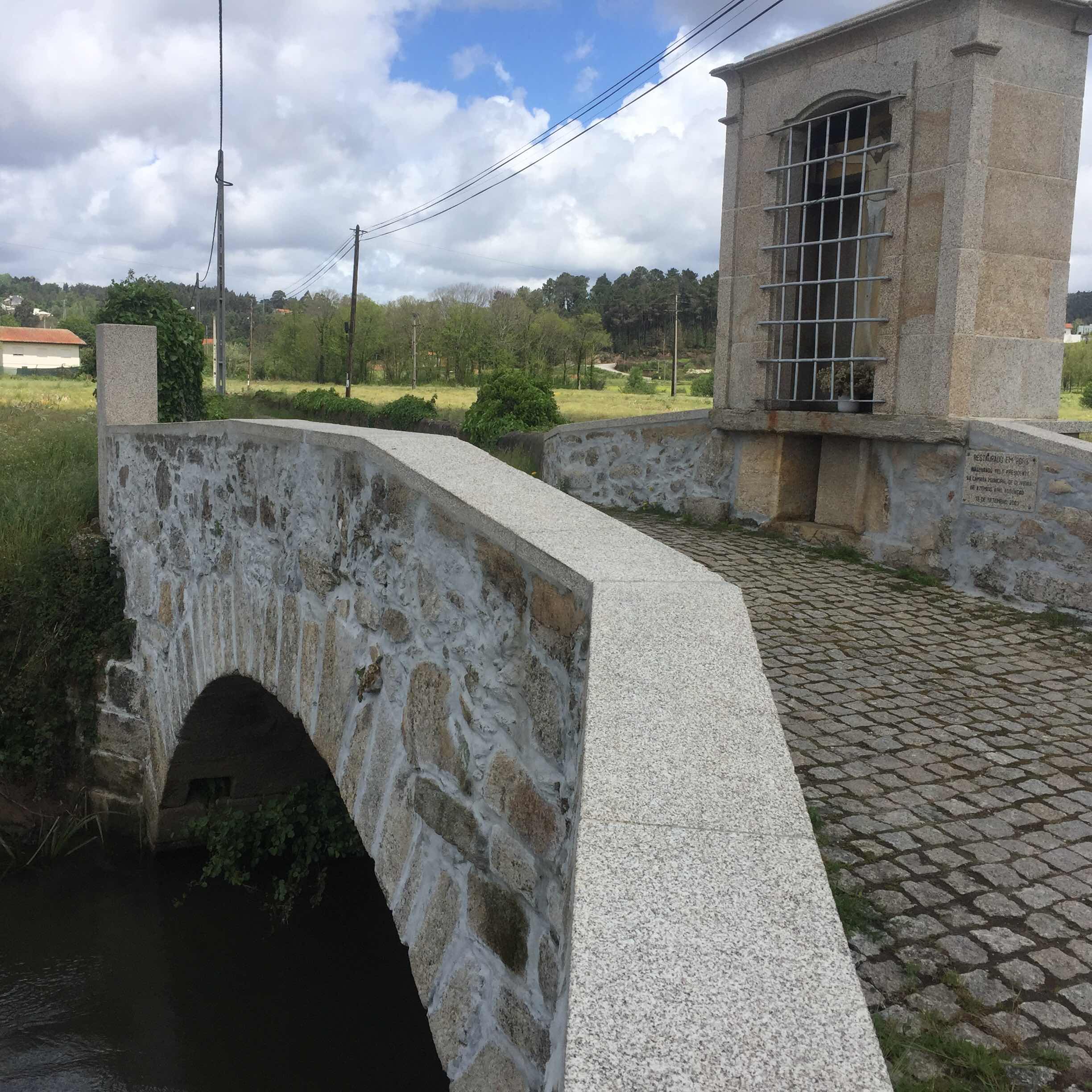 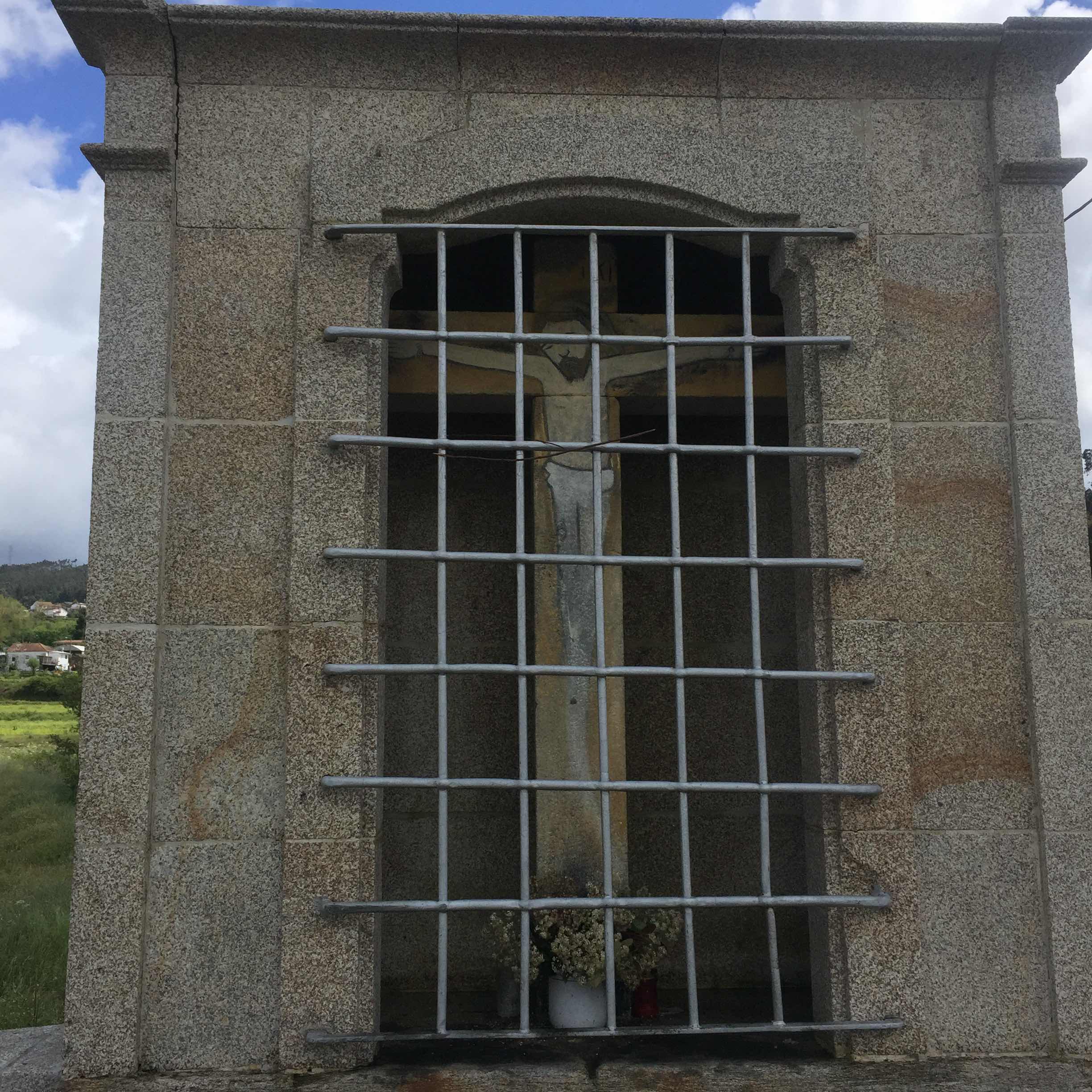 This medieval bridge took us over the river and along a cobblestone way. 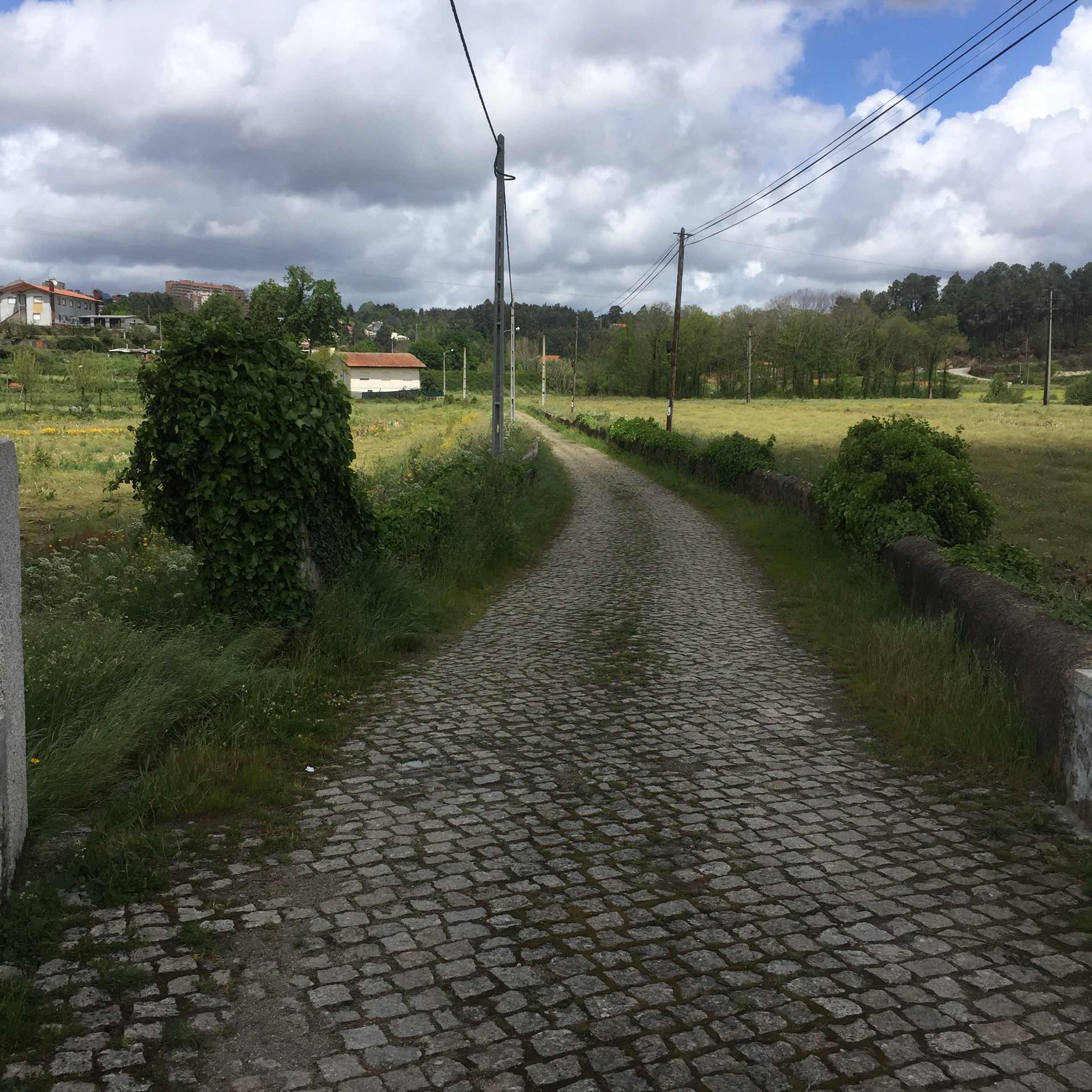 It was a long steep climb into the town of Oliveira de Azeméis from here. 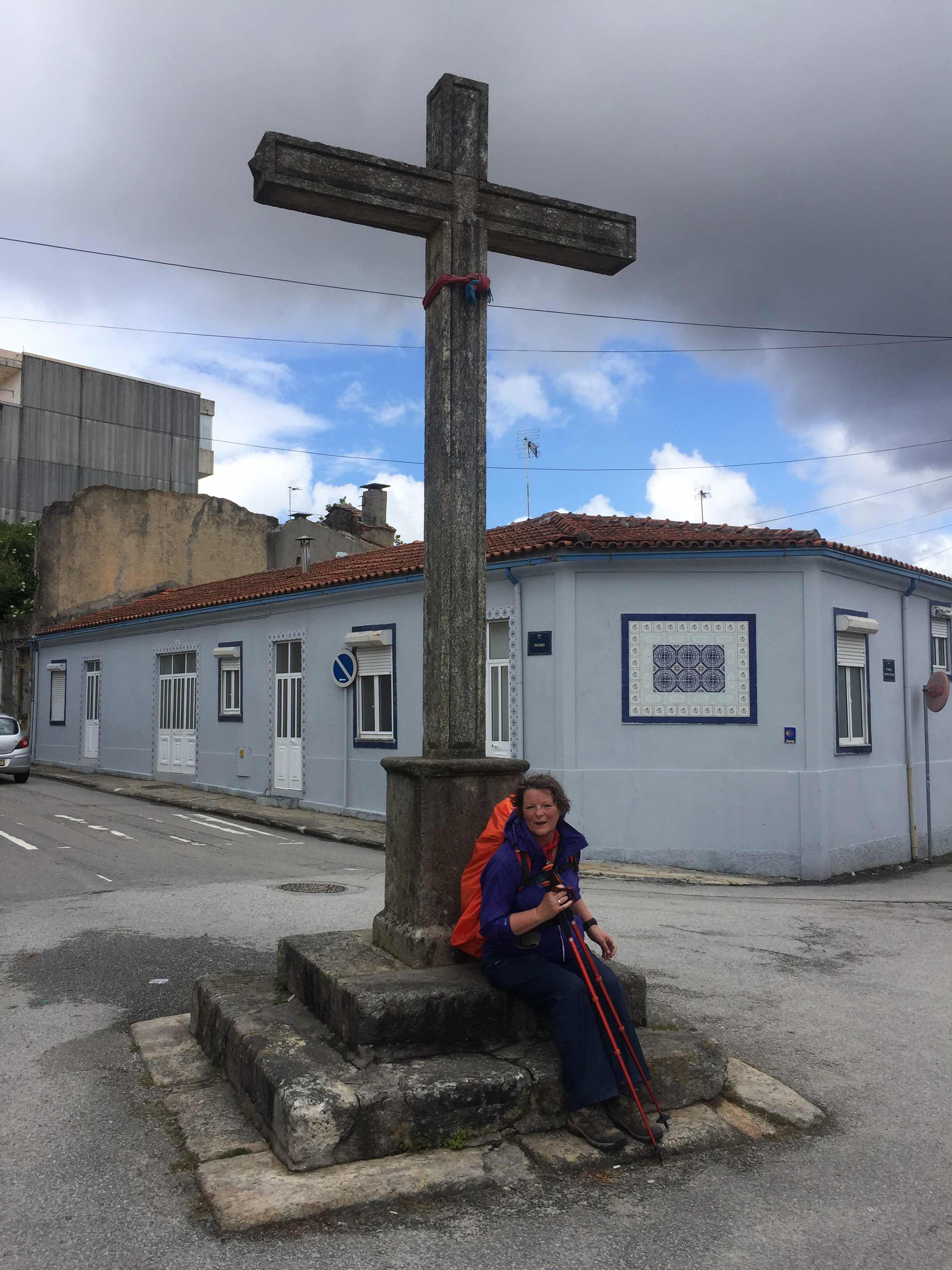 After a short rest at the top we went in search of accommodation! The Pension was closed, no one answered the door bell or the three telephone numbers, so the humans decided they would book into the hotel, the only other option! 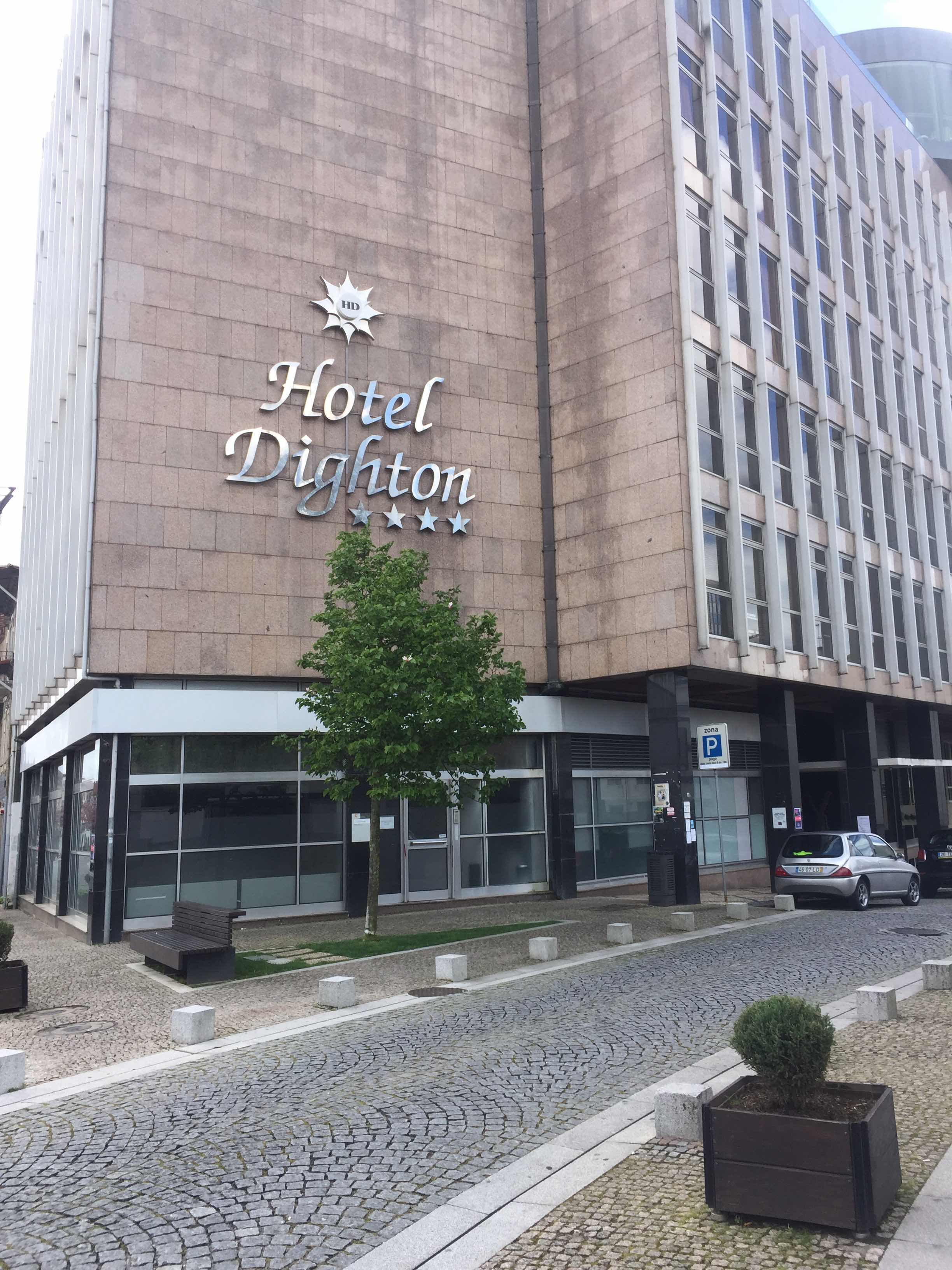 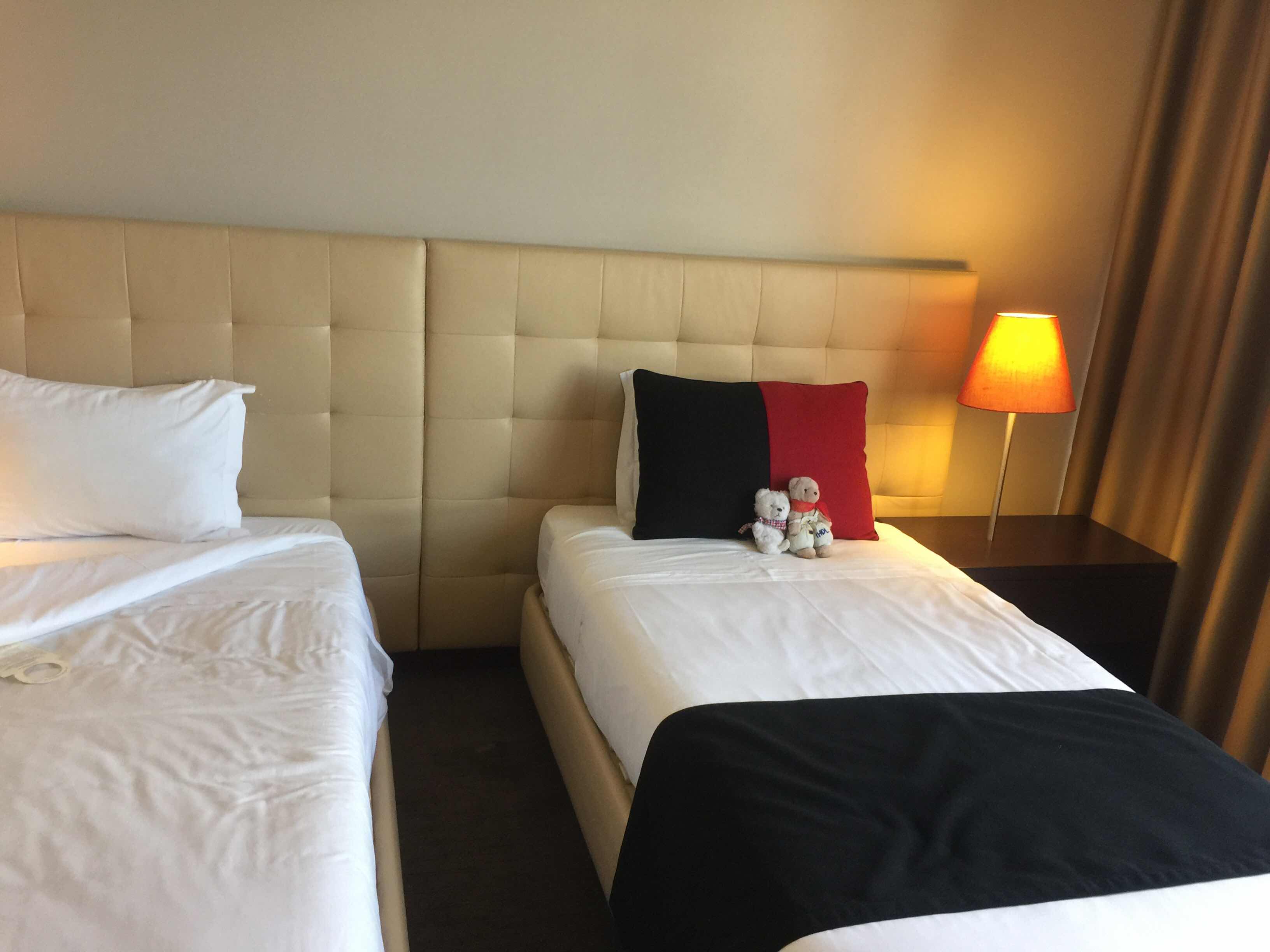 We have a nice room and it is warm, which the Albergue last night was not. Rianne is considering going on by taxi to Porto now, as tomorrow promises more rain like today! Such is life on the Camino! Buen Camino! 🐻
Posted by Alan Tyson-Carter at 17:05