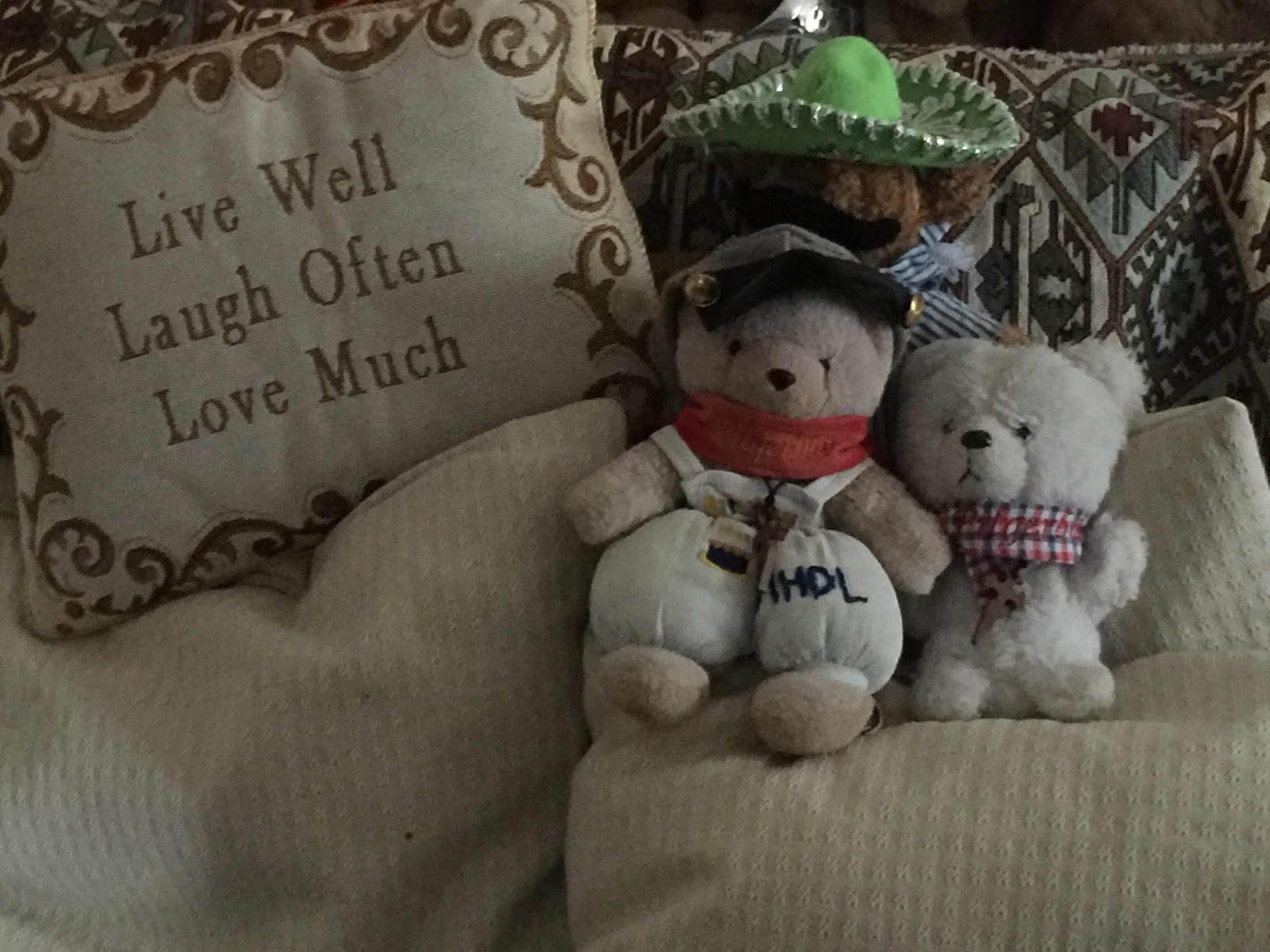 The journey home was just as we expected and our BBF told us it would be. The route was generally along the B 59.  But first we had to get out of Cologne.
Cologne does have, unlike Mönchengladbach a good Cycle path net. This perhaps explains why there are so many bikes in the city. We now were right in the middle of the rush hour after a day off. Cars, trucks, and bikes came at us from all directions. Alan took it easy but needed his full concentration not just to avoid the other bike path users, but also to navigate the correct route out of town.
The B 59 is the main road which goes from Cologne to Venlo, so there was a lot of traffic on it which made it loud. We had a cycle path all the way so at least the traffic was no danger to us. 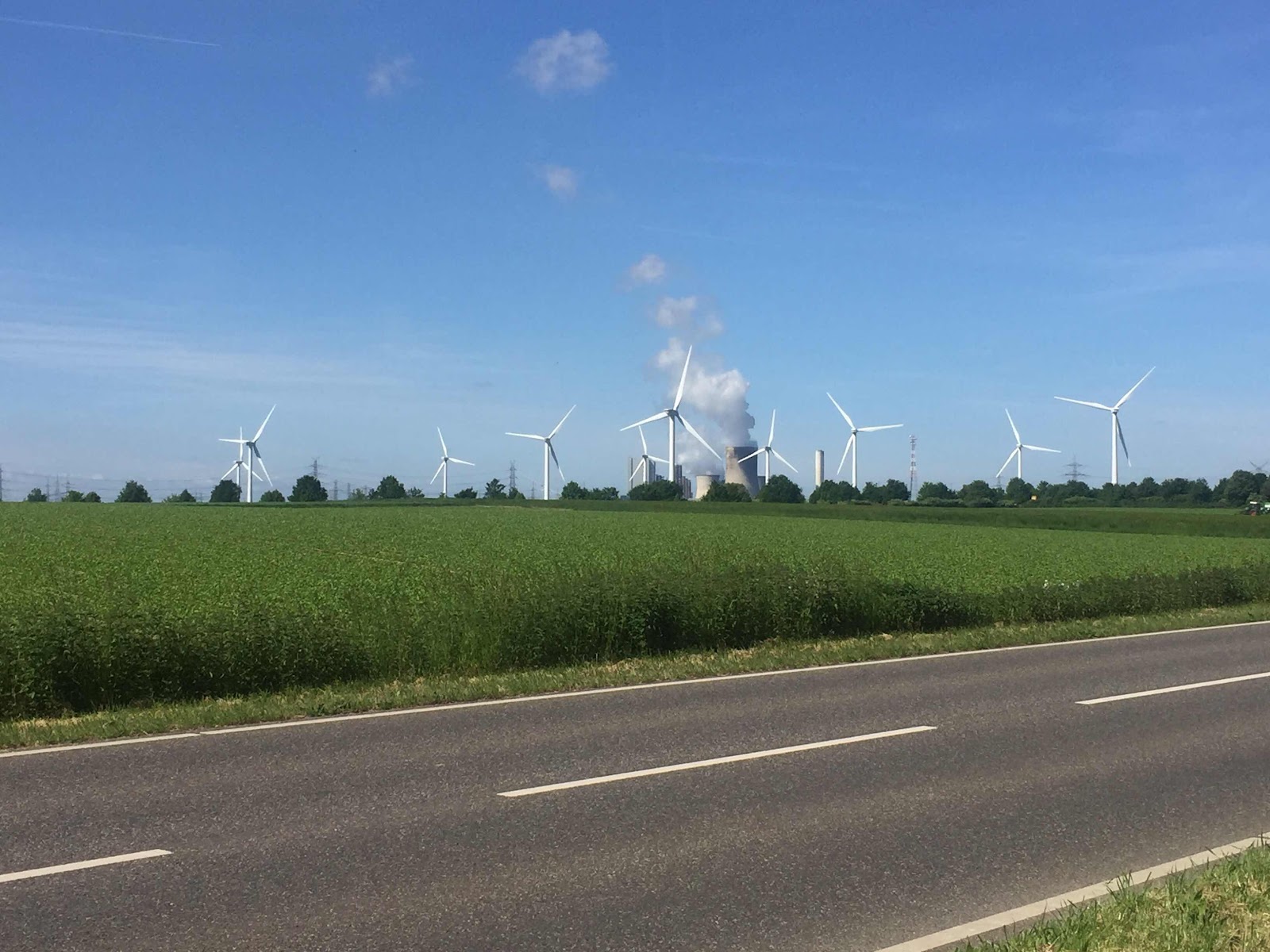 We stopped only once to take a photo and once for coffee. The wind was against us all the way and Alan used the e-Motor to good advantage to overcome it.
So it was that we arrived home around 13:00 hrs. In 11 days we have cycled 648 kms and learnt a few things about long distance cycling!
At the beginning in Belgium another cyclist we passed complemented Alan on his e bike. He is pleased with it too, particularly the disc brakes which on this tour proved their worth on the steep downhill sections in the woods.
We carried more kit than we used! One pannier was dedicated to camping. We had brew kit and a stove as well as a sleeping bag . Then the roll on the back contained the tent and sleeping mat. 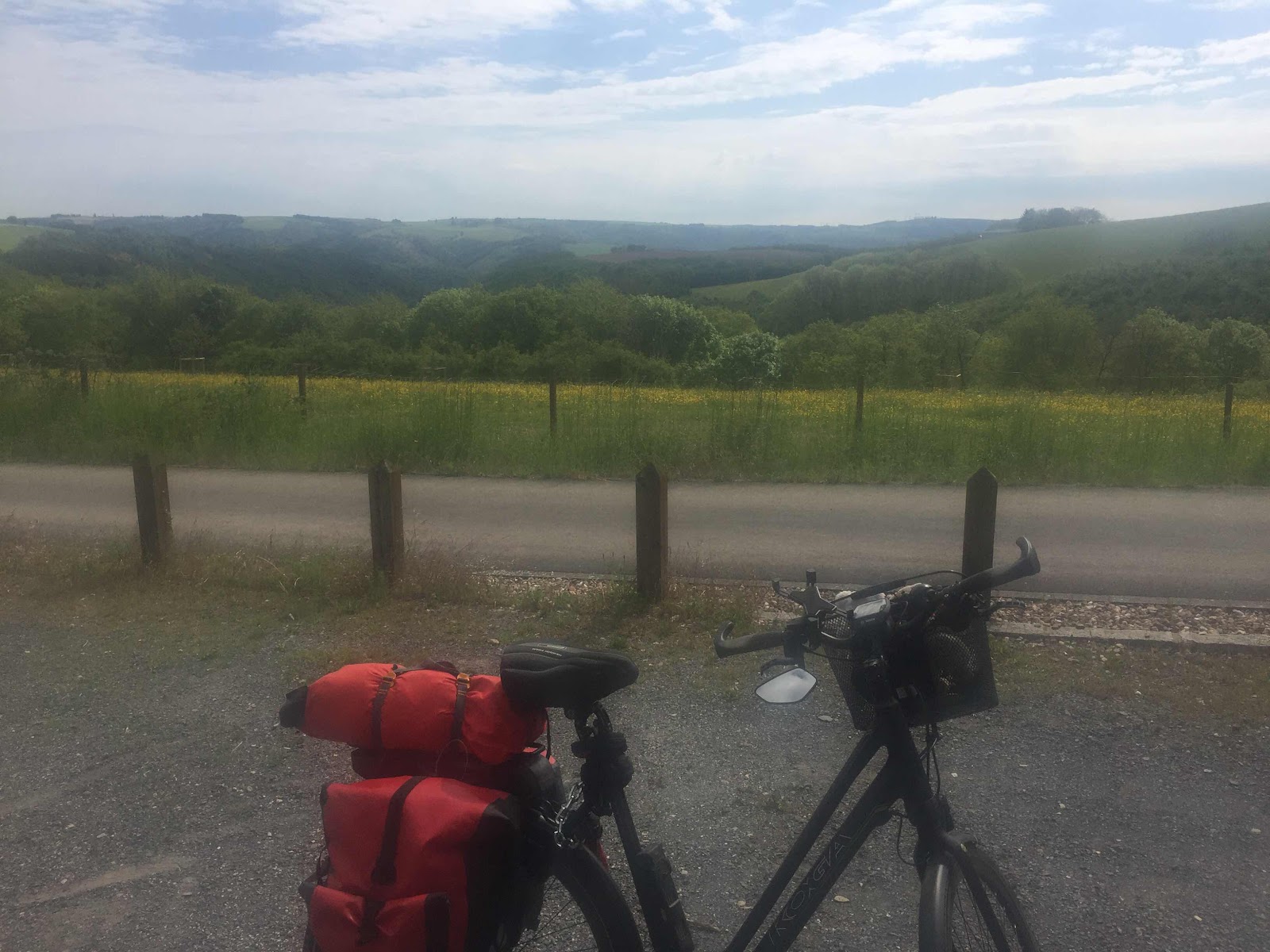 We didn’t camp because our BBF was uncertain of being able to recharge his bike battery and his, Garmin watch, iPhone and additional phone power pack.
We learnt that there are towns on the Mosel which have e bike charging points. One could use them to recharge all, it would just take extra time!
Alan did say to us before setting off that we were not tourists! He wanted an adventure. Not knowing where we were going or where we would end up was all part of it. Being old soldiers and sailors we were of course prepared for any thing. We just took it one day at a time, deciding where to go next,  each evening.
The helmet with visor paid for itself as we had countless encounters with flying insects, even from the side. But poor Alan did get sunburned on his bald patch! Clearly one of the holes let the sunshine in. Alan will either have to wear a Kippa or glue a piece of cloth over the hole in question!
So all in we had a great time. We wonder what the next adventure will be!
Posted by Alan Tyson-Carter at 21:26