Our human had initially planned a short trip to get us onto the Mosel cycle path and as you saw on the elevation profile, yesterday the start was up hill! 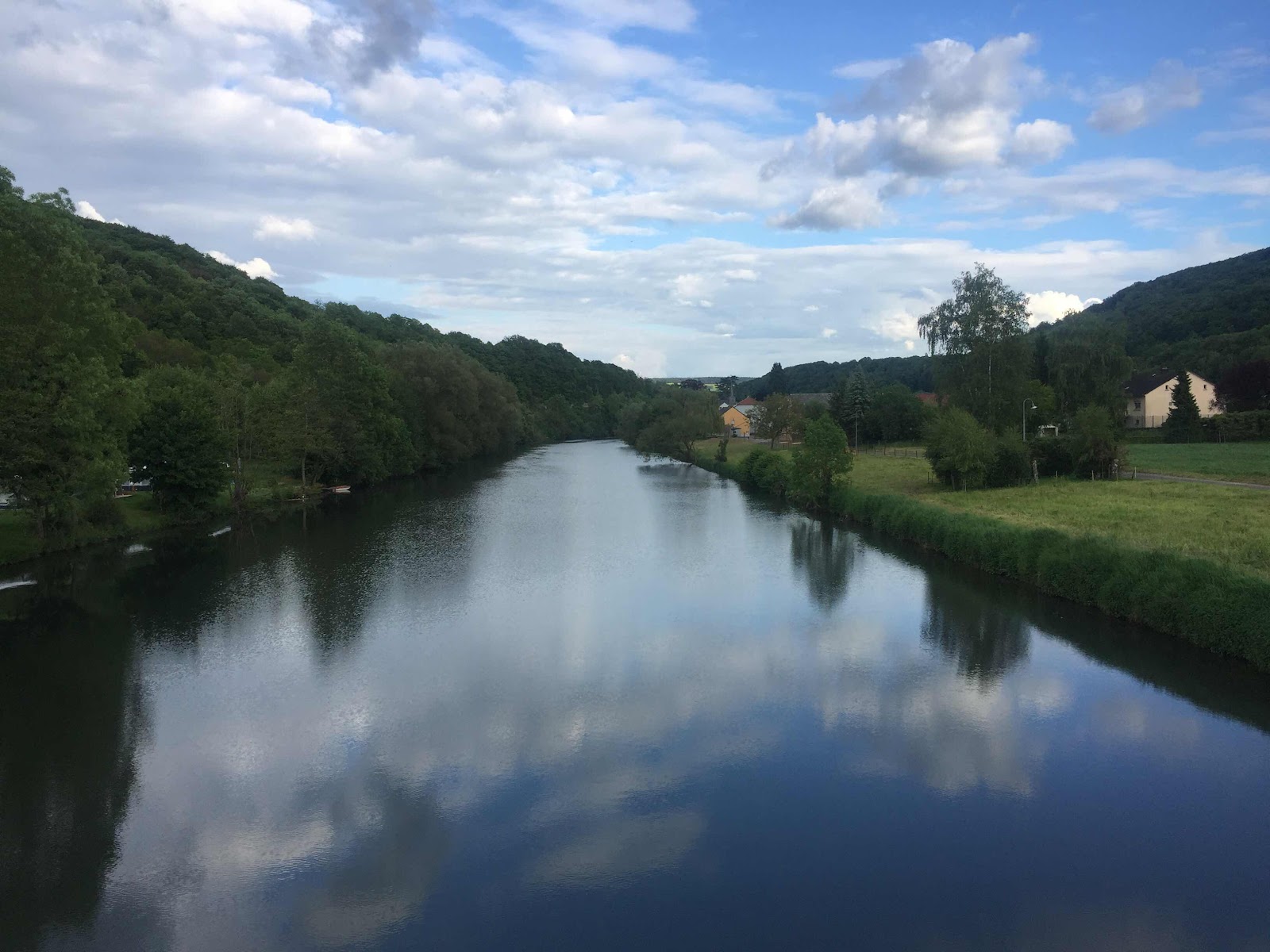 Well after breakfast we set off, but quickly discovered we were going the wrong way! Turned back and then we were off on our jolly! 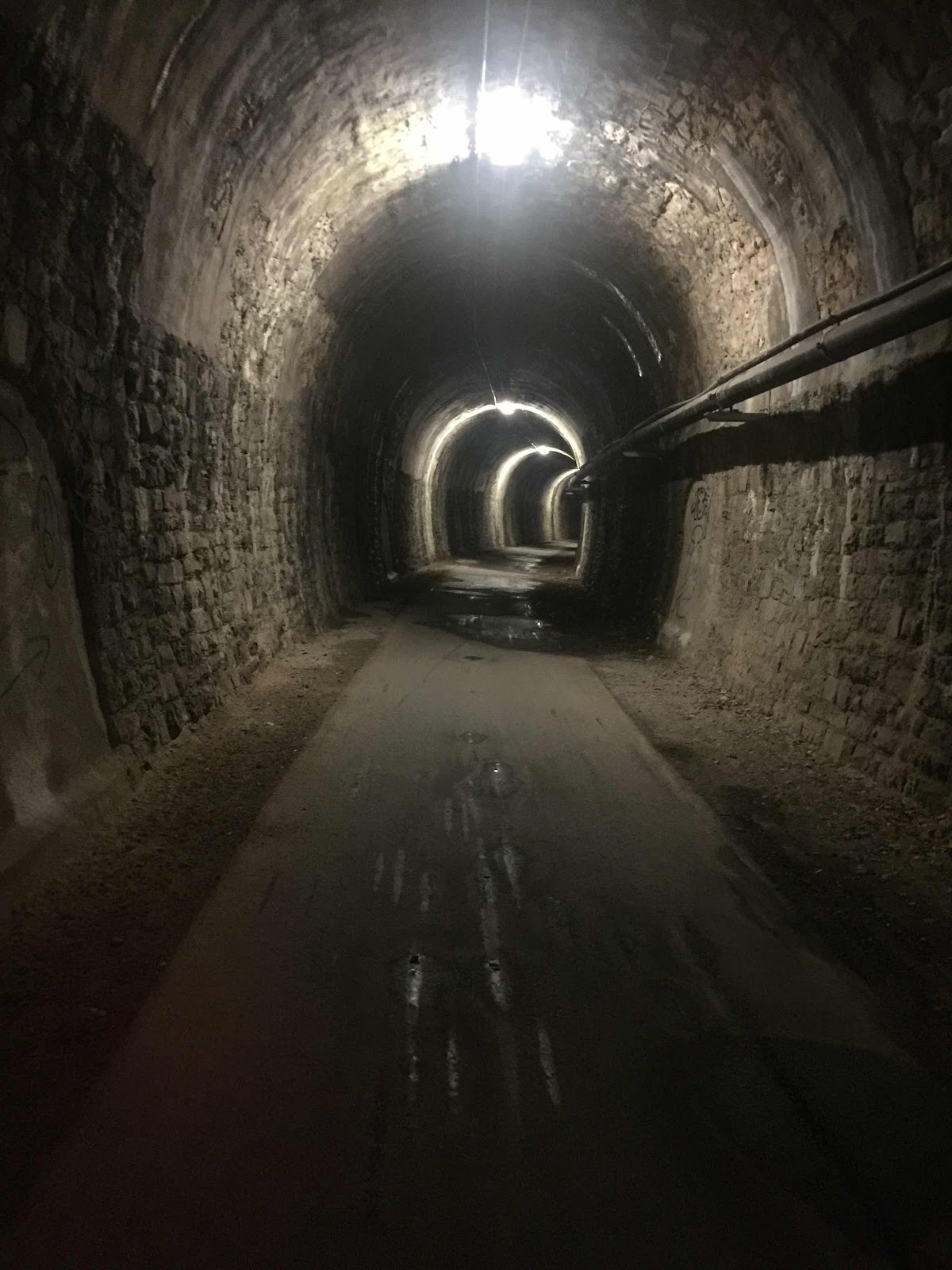 The route took us through a tunnel which curved through the hillside! 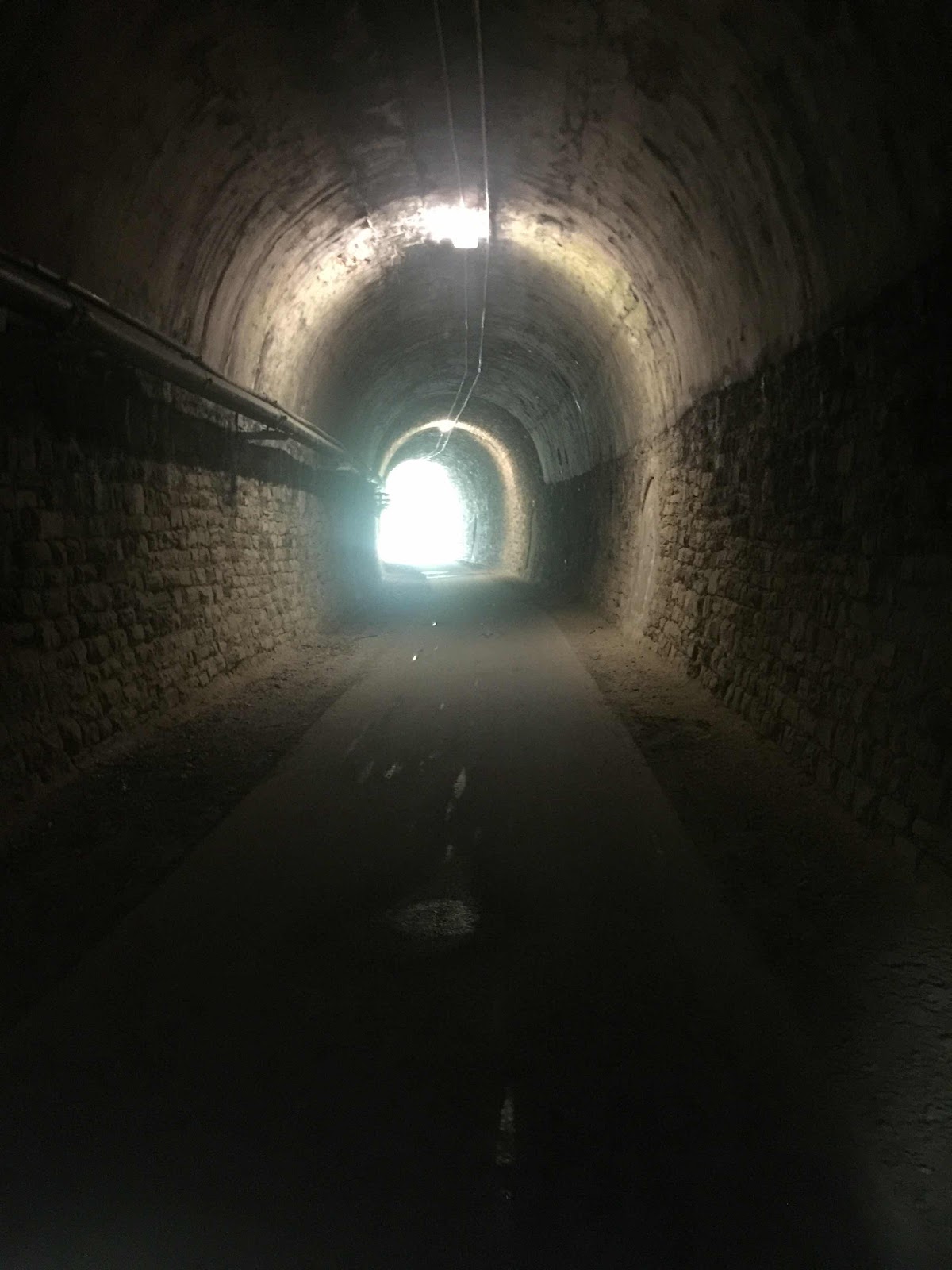 Back out in the sun we were soon attacking the long steep hill we had anticipated! Effort was needed and at times it felt never ending, 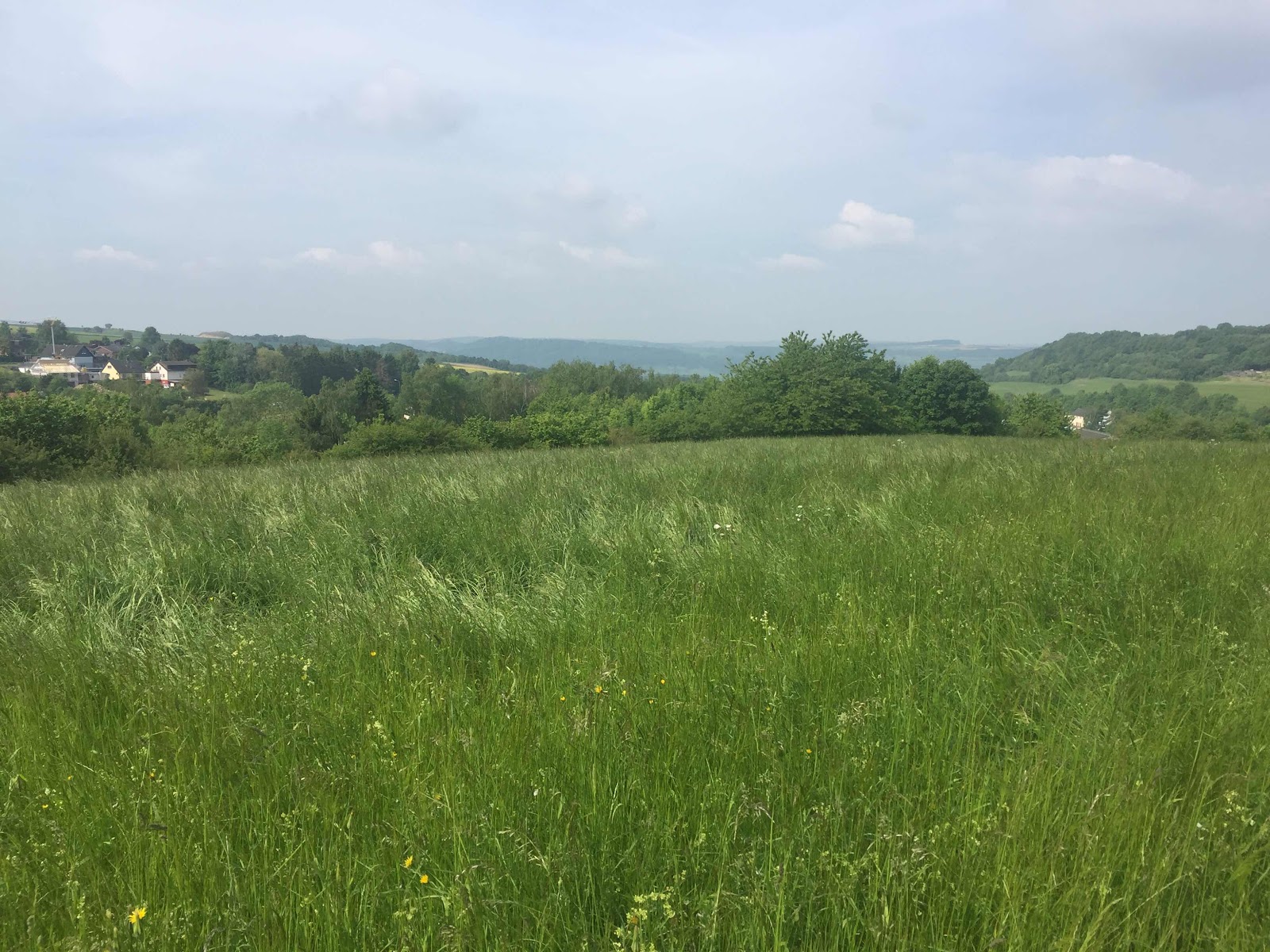 The views at the top were great and our BBF sang the song, “I’m on the top of the world looking down on creation “.
Then came a few more short sharp hills requiring effort from our human again. Eventually we came to the one big down hill ride where the adrenaline rush is what we Bears live for! We screamed with joy as the speedometer went over 60 km/h!
Alan uses Komoot to navigate by and now we couldn’t find the track it wanted us to take. We cast about a bit, but then Alan used his navigation skills to guide us through a dense forest to get back on the right path! This was fun too as the track was steep down hill as well as having a steep drop on one side.
In the Forest we came across many hikers but few cyclists! 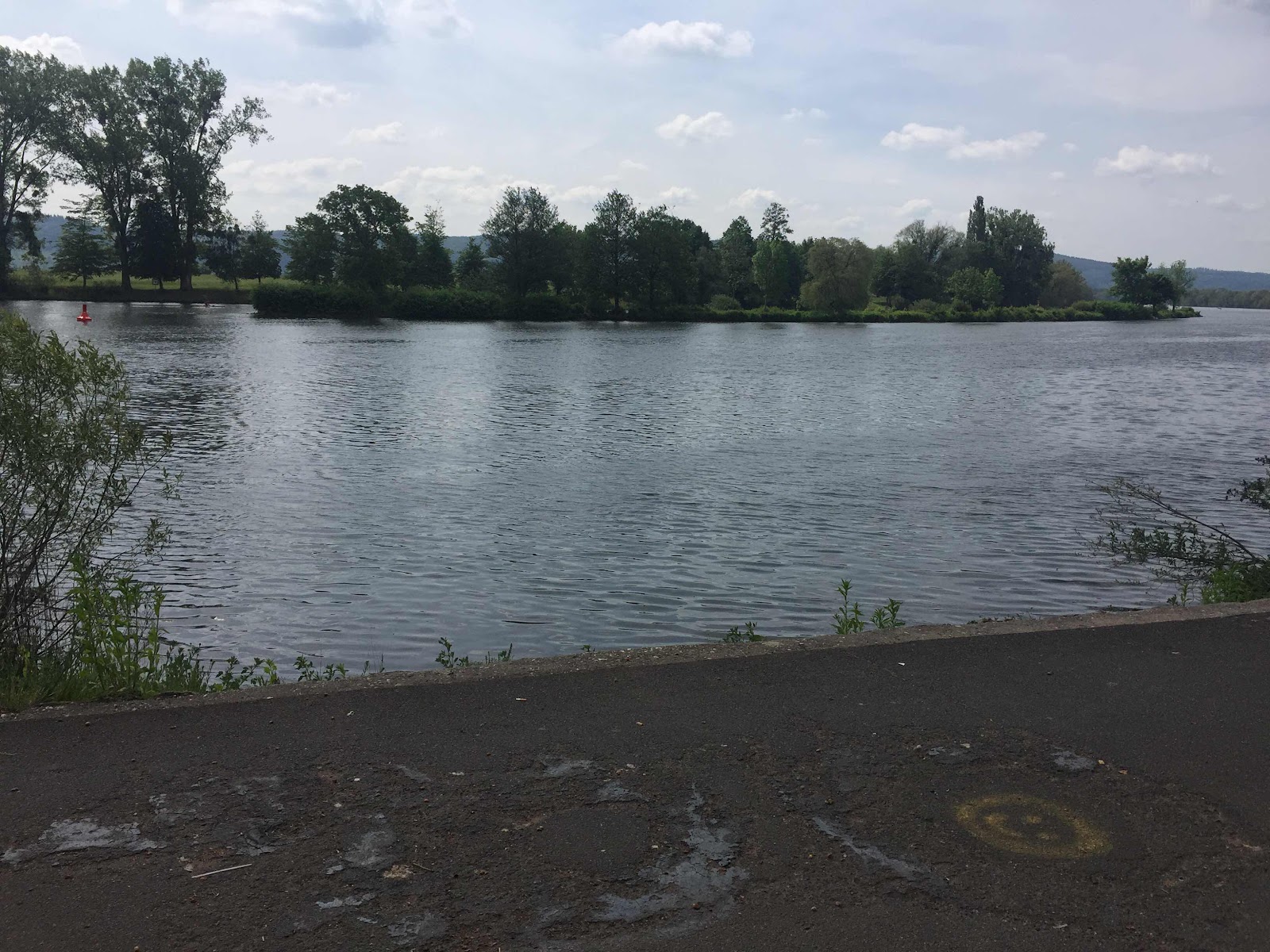 So it was that in no time we found ourselves on the banks of the Mosel.
Now we had to contend with opposing traffic in the form of dog walkers and many cyclists! 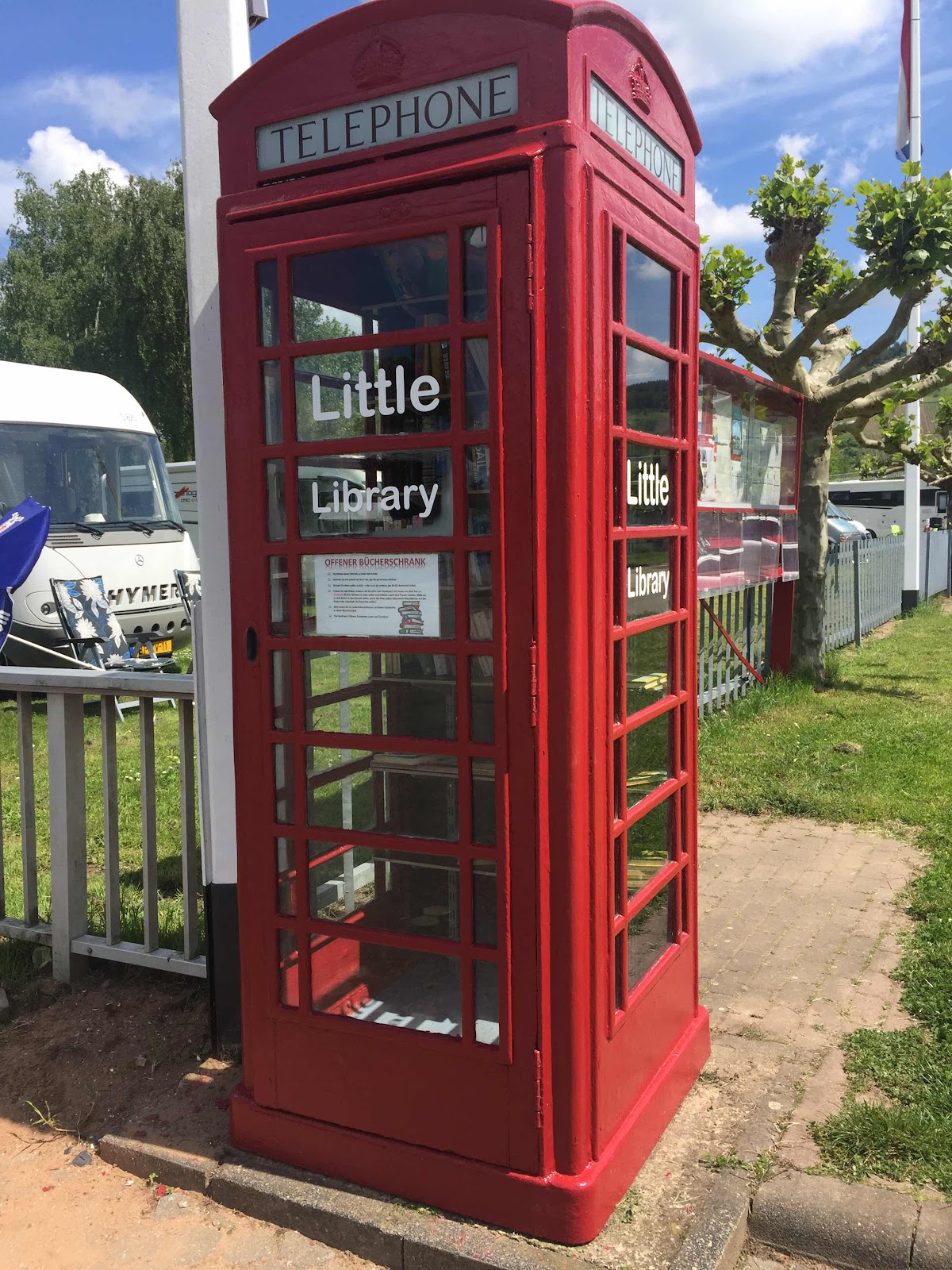 At one point we found a Camping Site which had a nice pub on the bank of the Mosel so our human stopped for an isotonic drink before continuing! 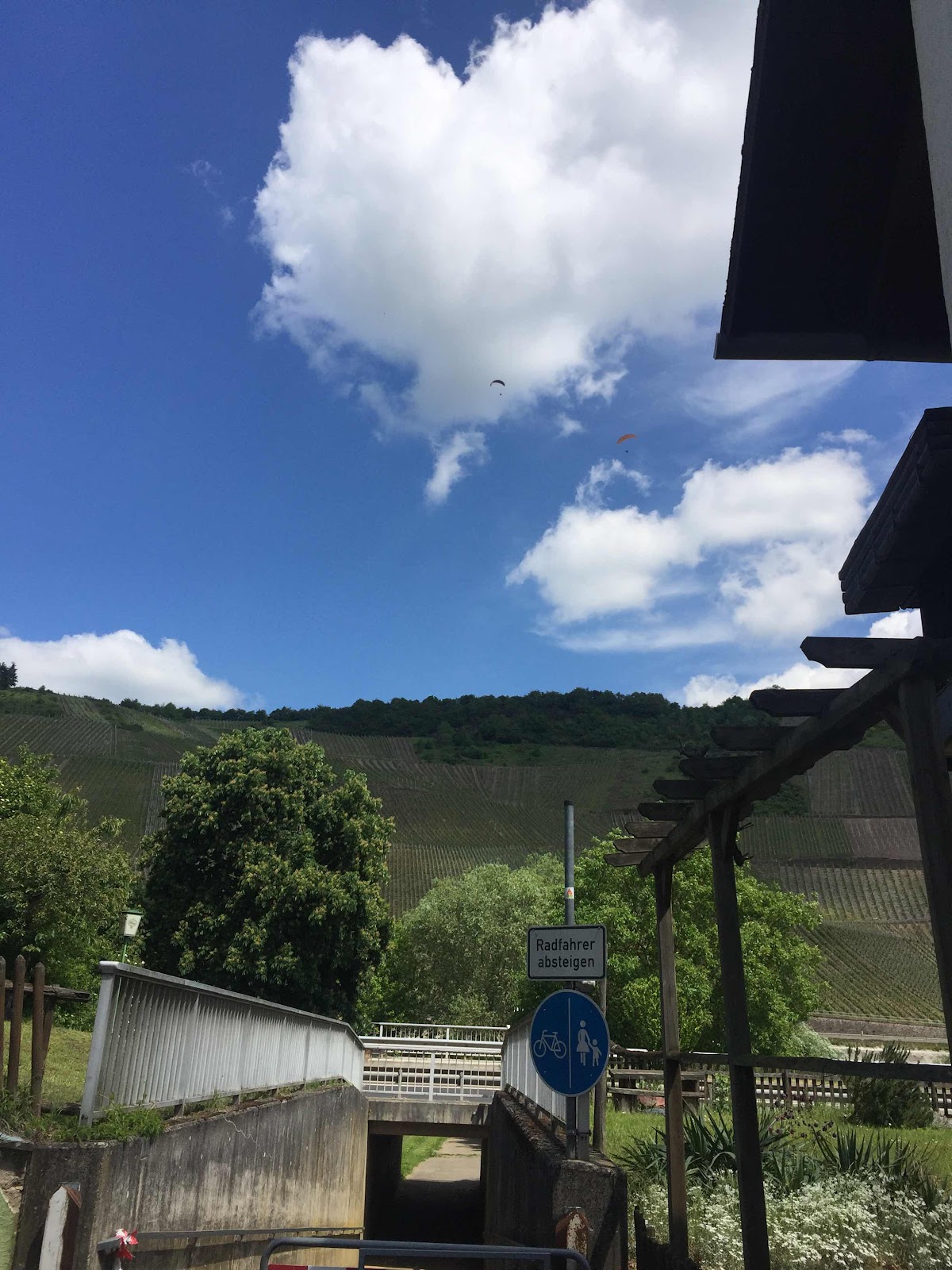 In the distance we thought we saw a group of free fall parachutists, but as we got closer we saw they were hang gliders riding a thermal. 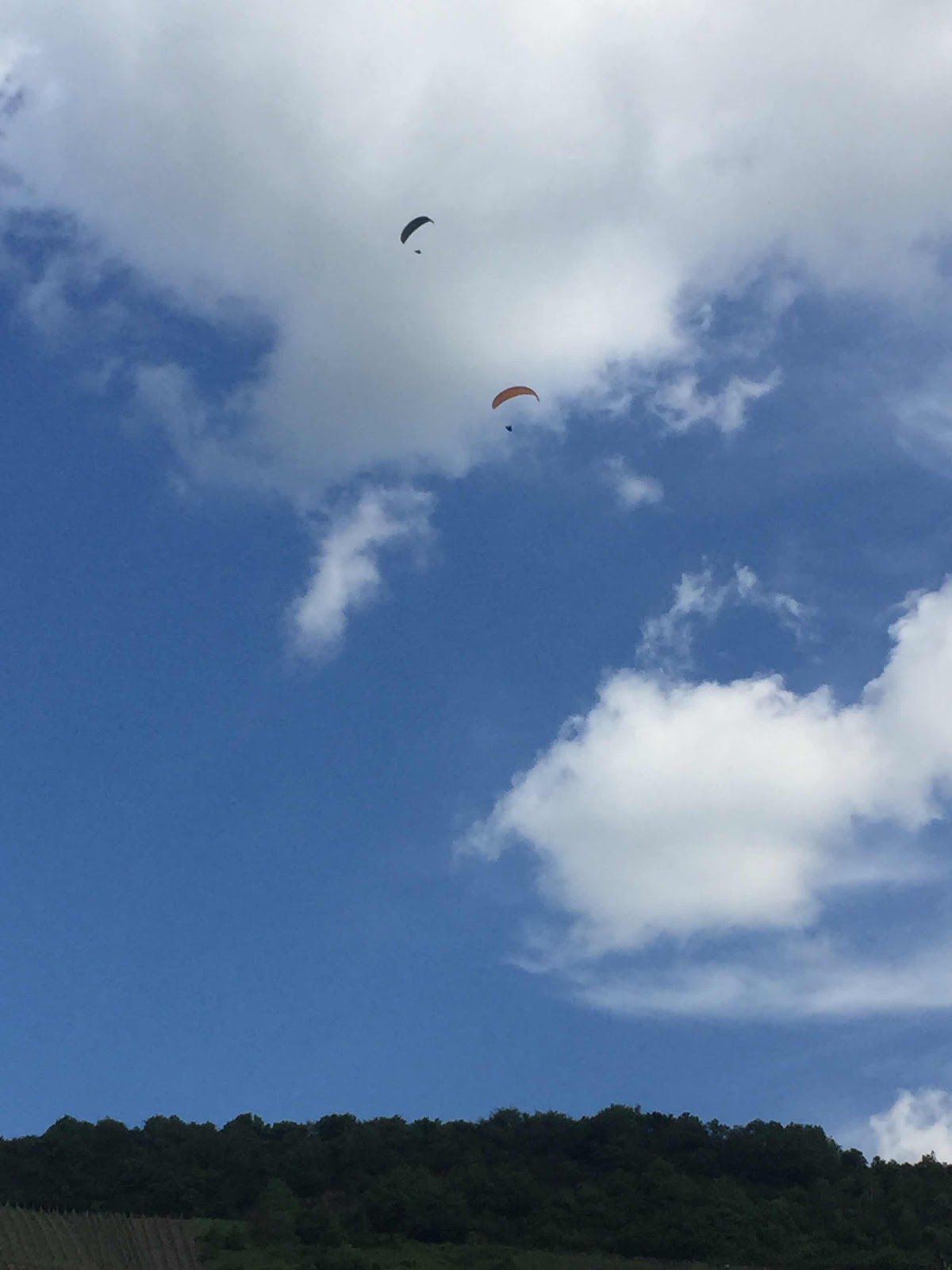 The cycle path allows one to cycle at a steady speed of between 20-24 km/h! We Bears have come to the conclusion that riding along it is fine, but monotonous! There’s no adrenaline rush to look forward to!
Alan arrived at his planned destination after only two hours, so he just bashed on!
The scenery was great with great big river bends and high hills covered in vineyards either side.
When we had gone some 50 Kms Alan had had enough and he sought out a place for us to stay! 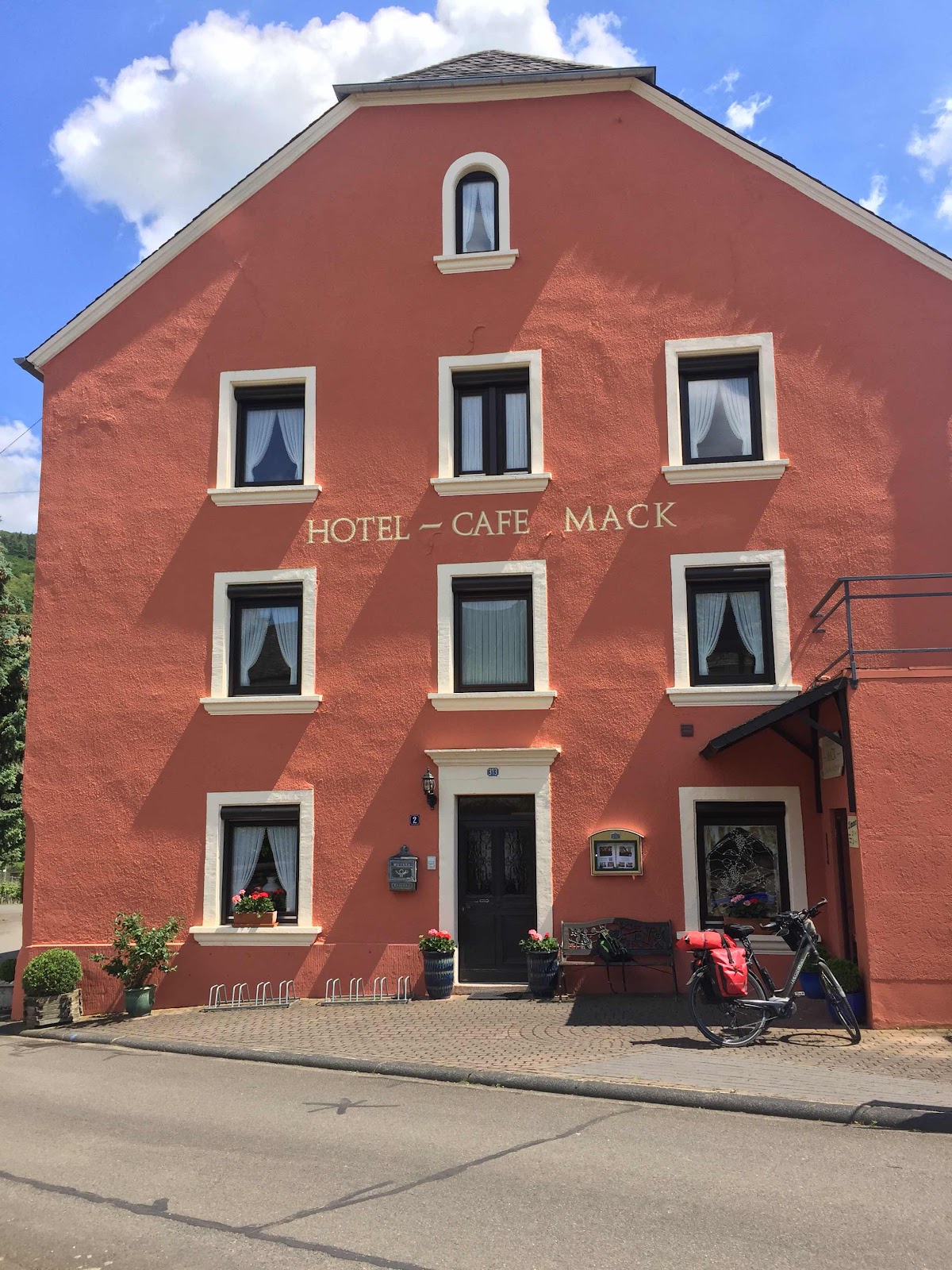 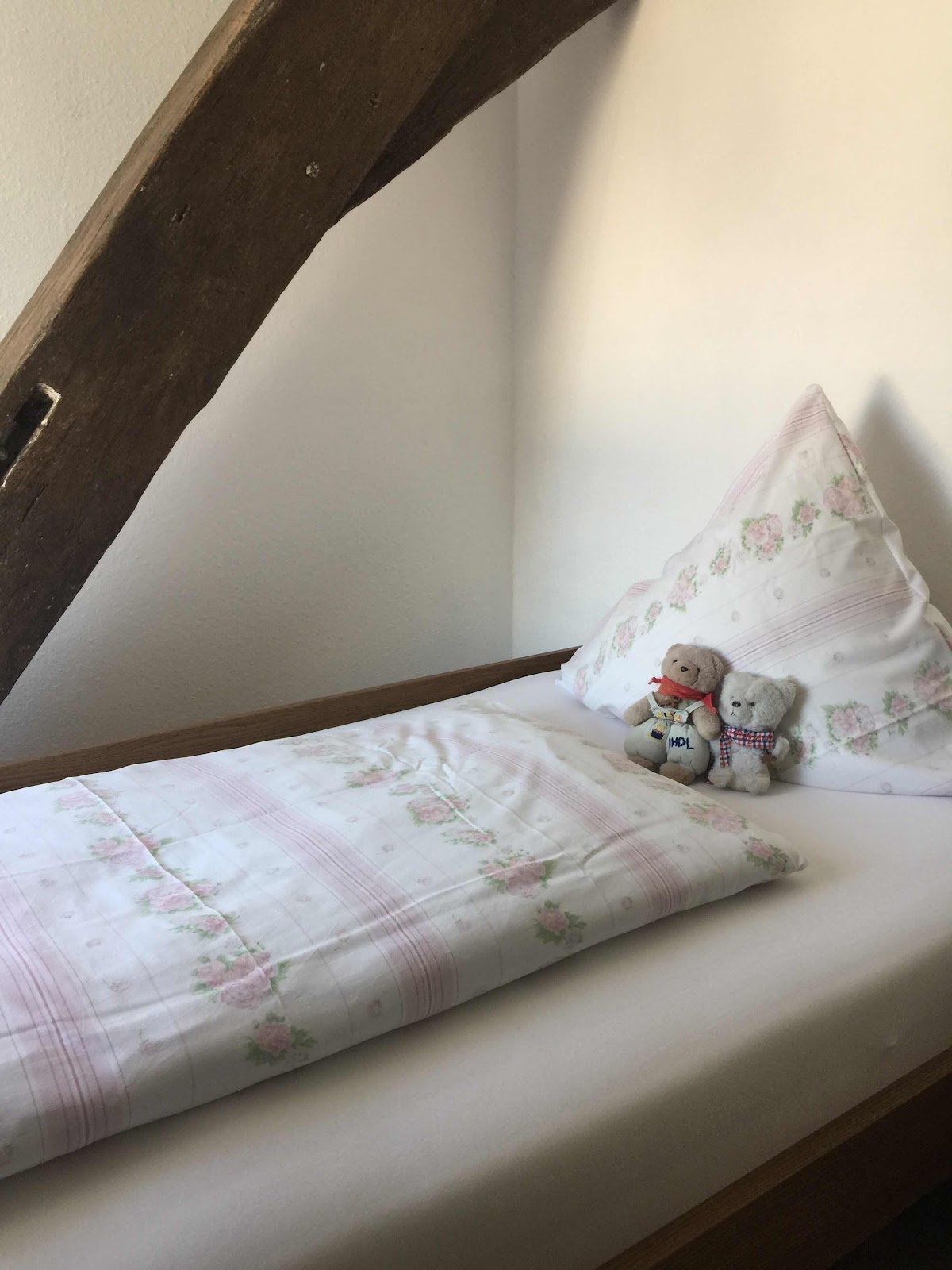 We are in a really pretty place. Alan was told to park his bike in the cellar while we live in the rafters! 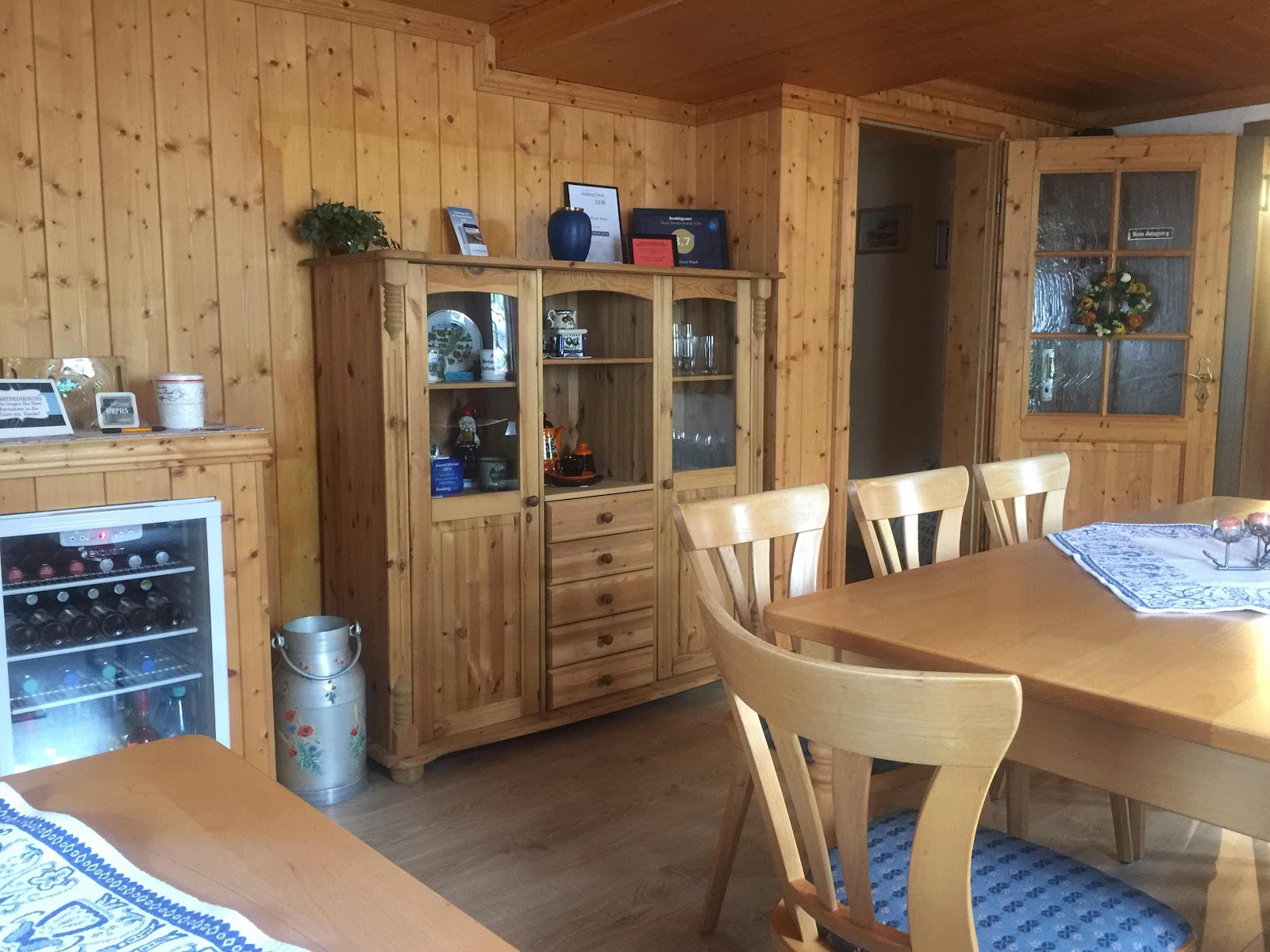 Where we are off to tomorrow we have no idea, but we think our human intends to attempt to get to Koblenz the day after tomorrow!