At breakfast our BBF mentioned that it was rather quiet outside the window, but didn’t really twig why until much later!
As we did not have far to go we took it leisurely, but then some time after 10 o‘clock we set off. Alan now rode at ease, so to say never exceeding 15 km/h! Under normal circumstances we would arrive in Cologne in under two hours, but we were in no rush. Check in our hotel was not until 13:00 hrs. Alan’s idea was to check and the spend the afternoon shopping!
Before we had gone very far he realised that today, Ascension Day, was a public holiday and all the shops would be shut! They also call it Fathers Day in Germany and the men go off with their mates on a cycle trip. A lot of alcohol is also involved.
We more or less followed the route set us by Komoot. Quite a number of cyclists were out and about too. Whole family’s with their children big and small all on bikes. One father and son team we encountered the father’s bike and his 8-9 year old were packed the same as us. Two side panniers and a sausage bag on top. Clearly these two were out to camp. 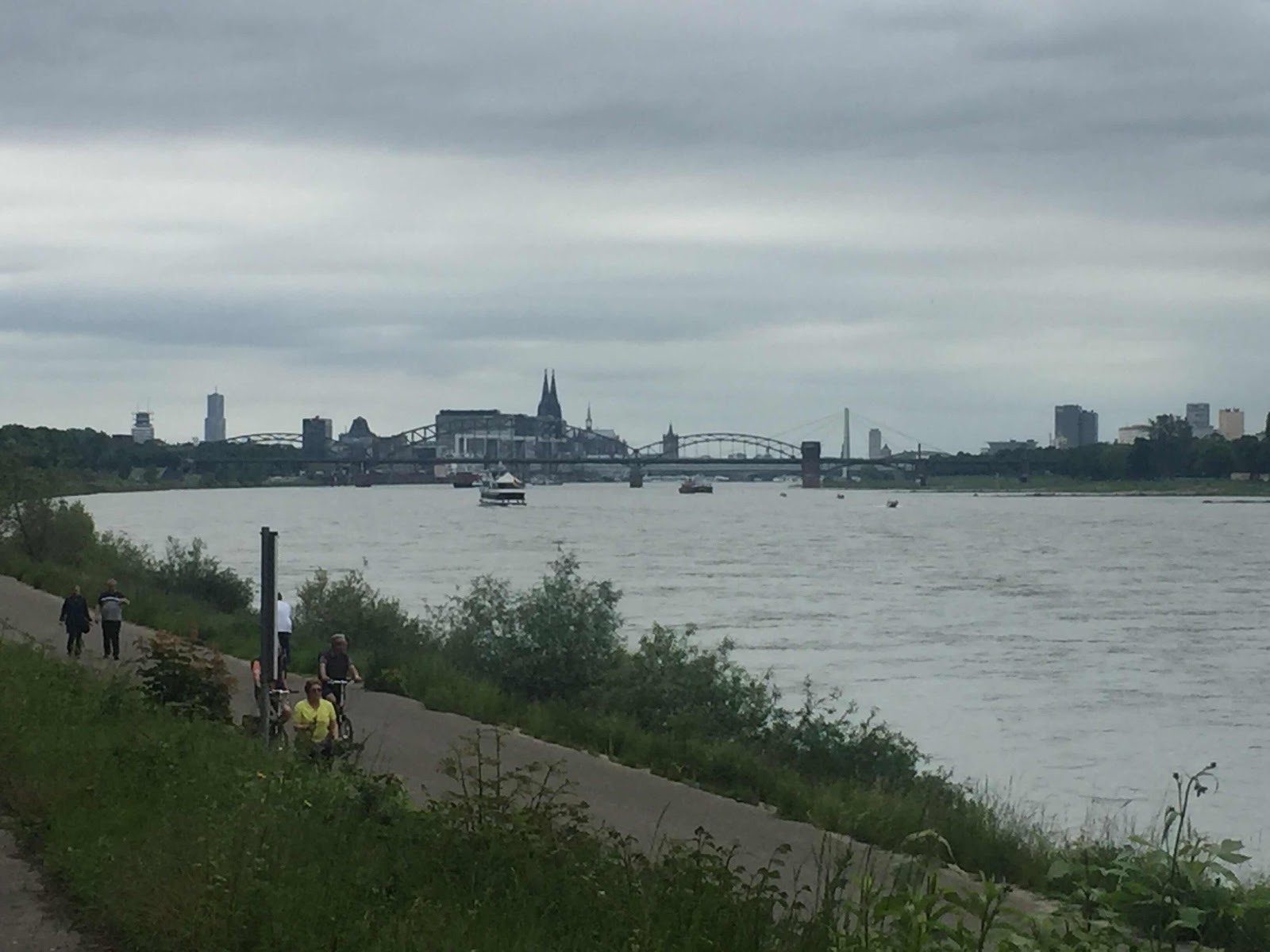 Even going slowly we arrived well before check in time! And now there was no shopping to look forward to! 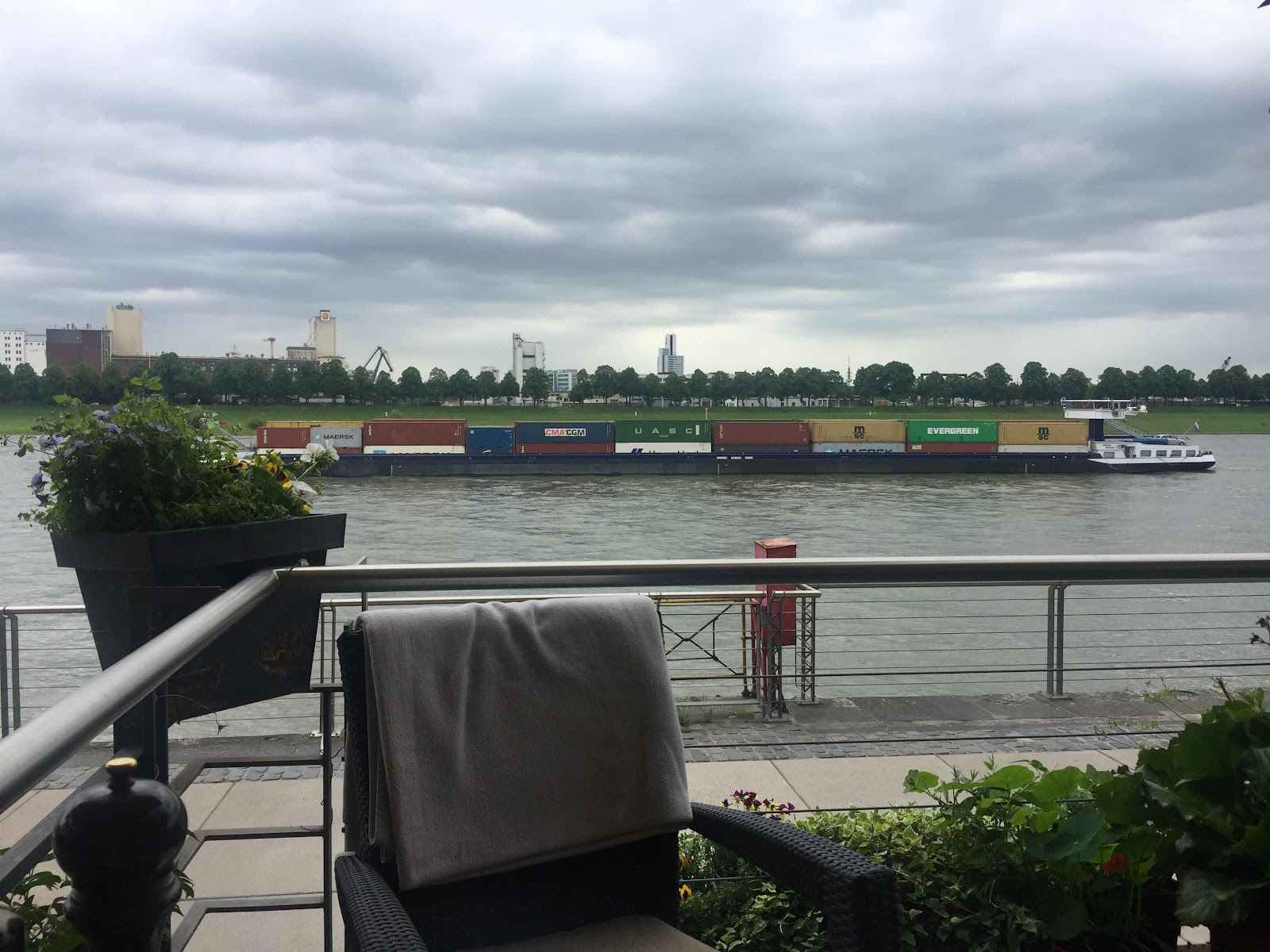 Alan pulled in to a restaurant and we now chilled and just watched the Rhine flow and the passersby. 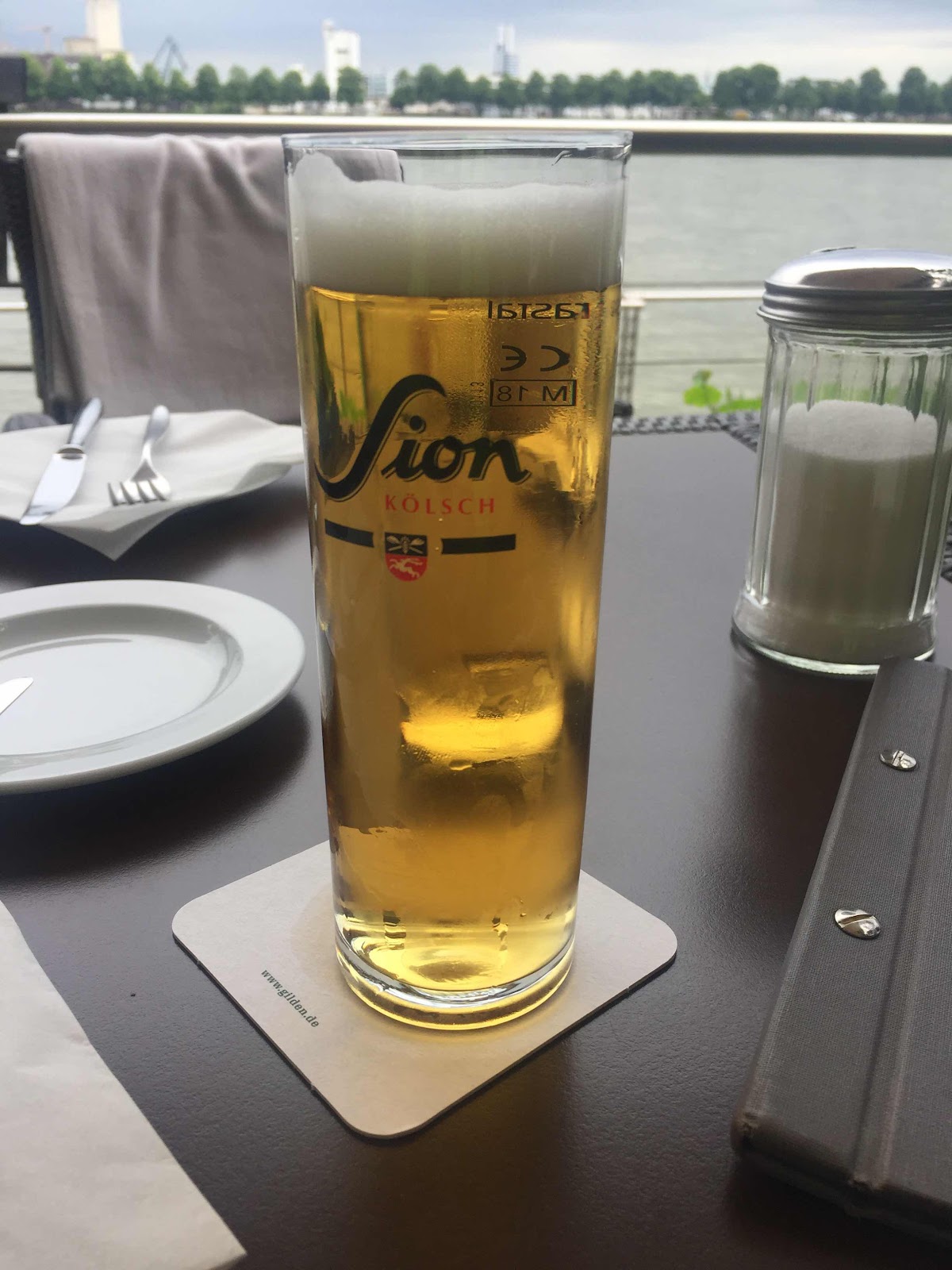 An isotonic drink or two was consumed with a light lunch. As we are in Köln a Kölsch is the Beer in question!
There is something peaceful about sitting by water and just watching the world go by.
When we got to our accommodation run by a Gelateria and Pizza parlour on the river front, they showed us to an apartment one street back. 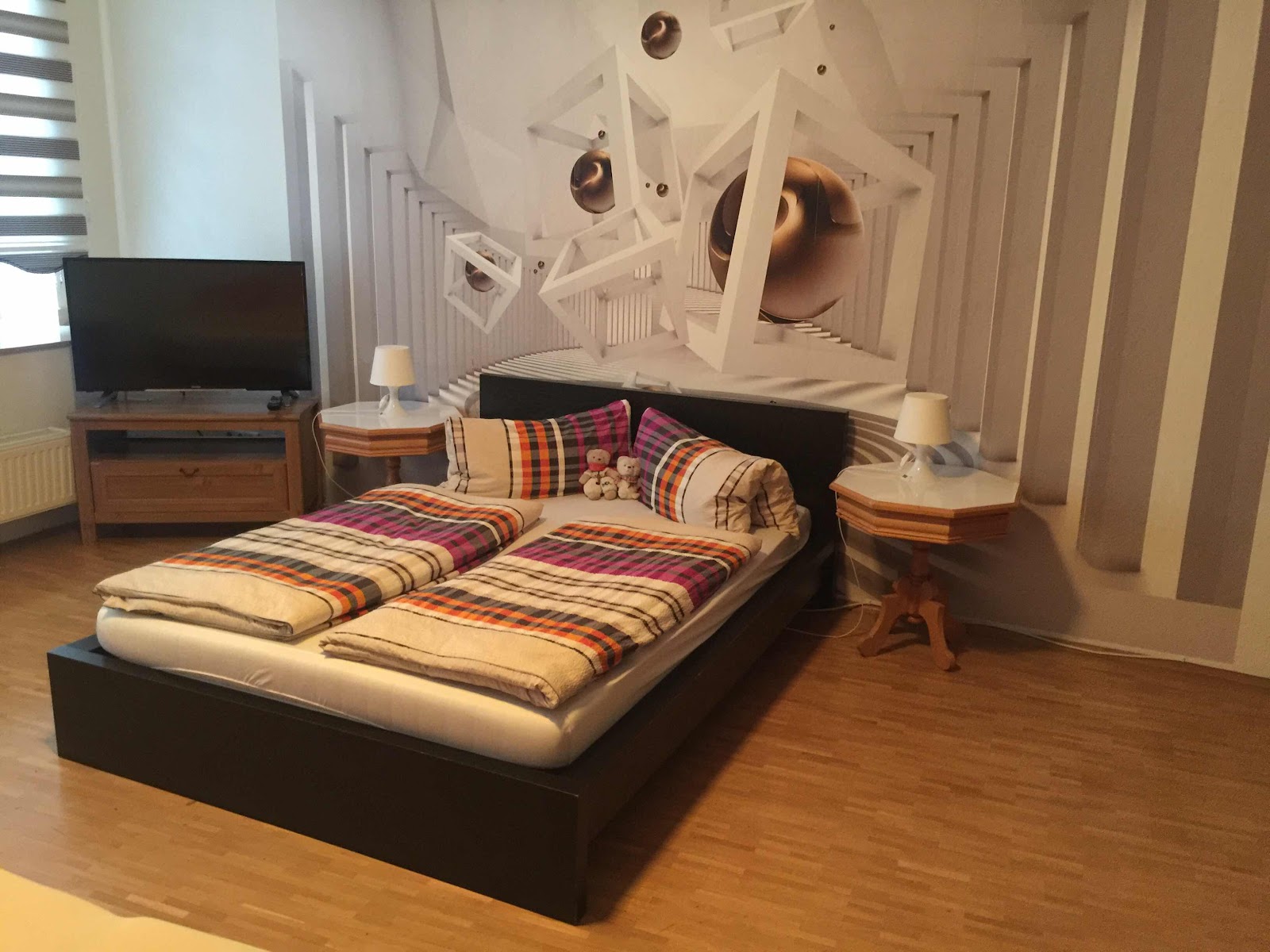 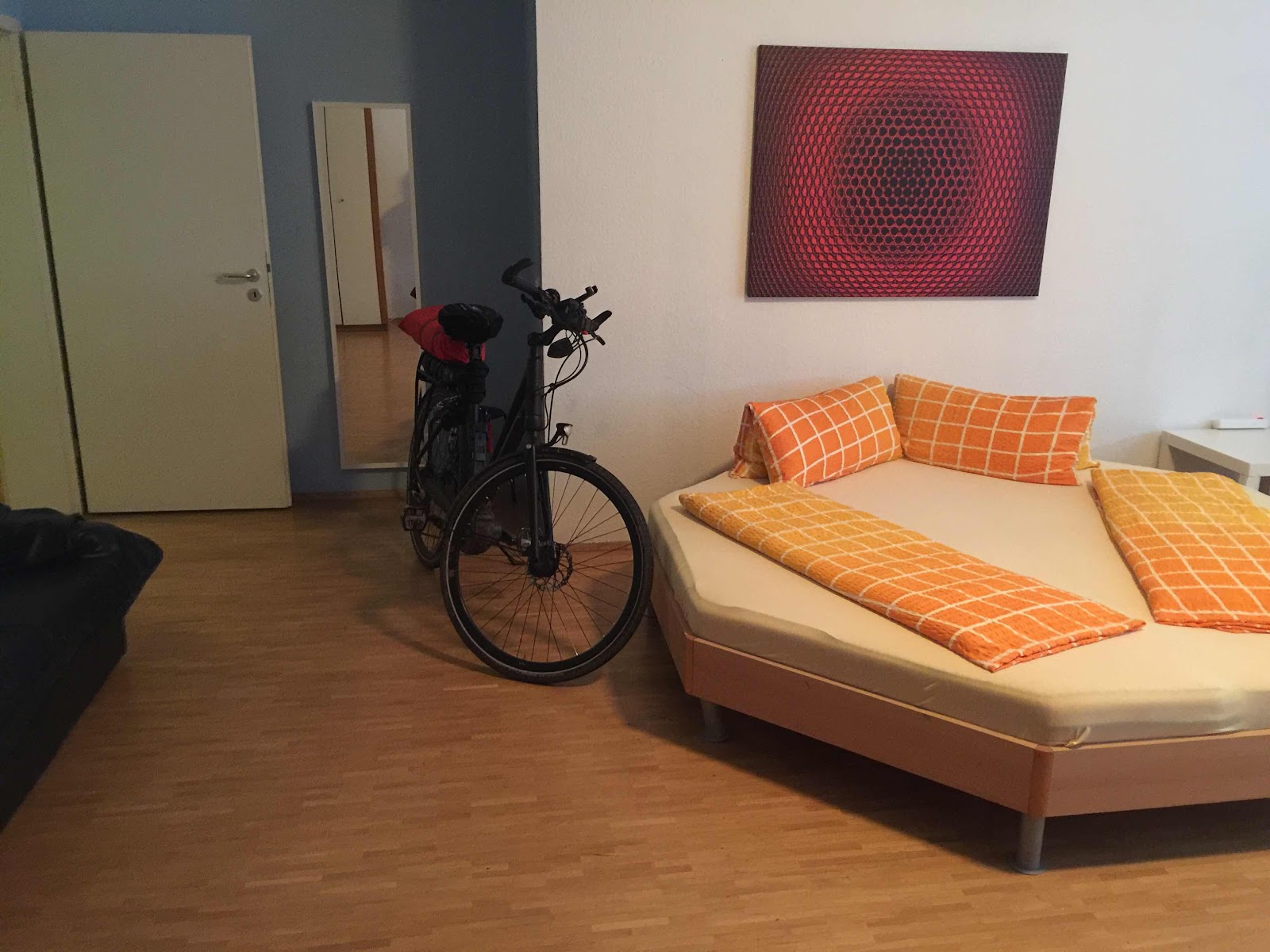 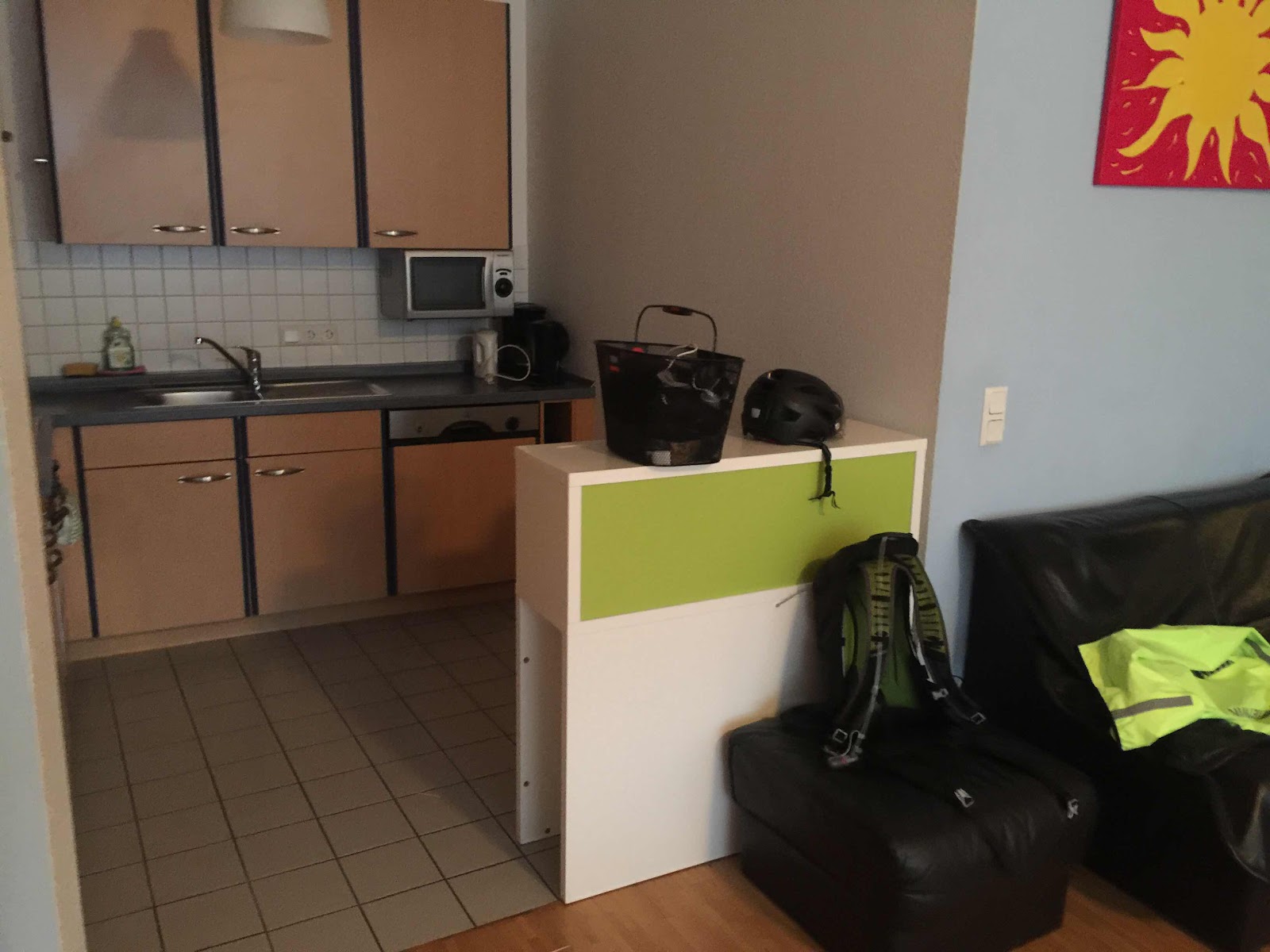 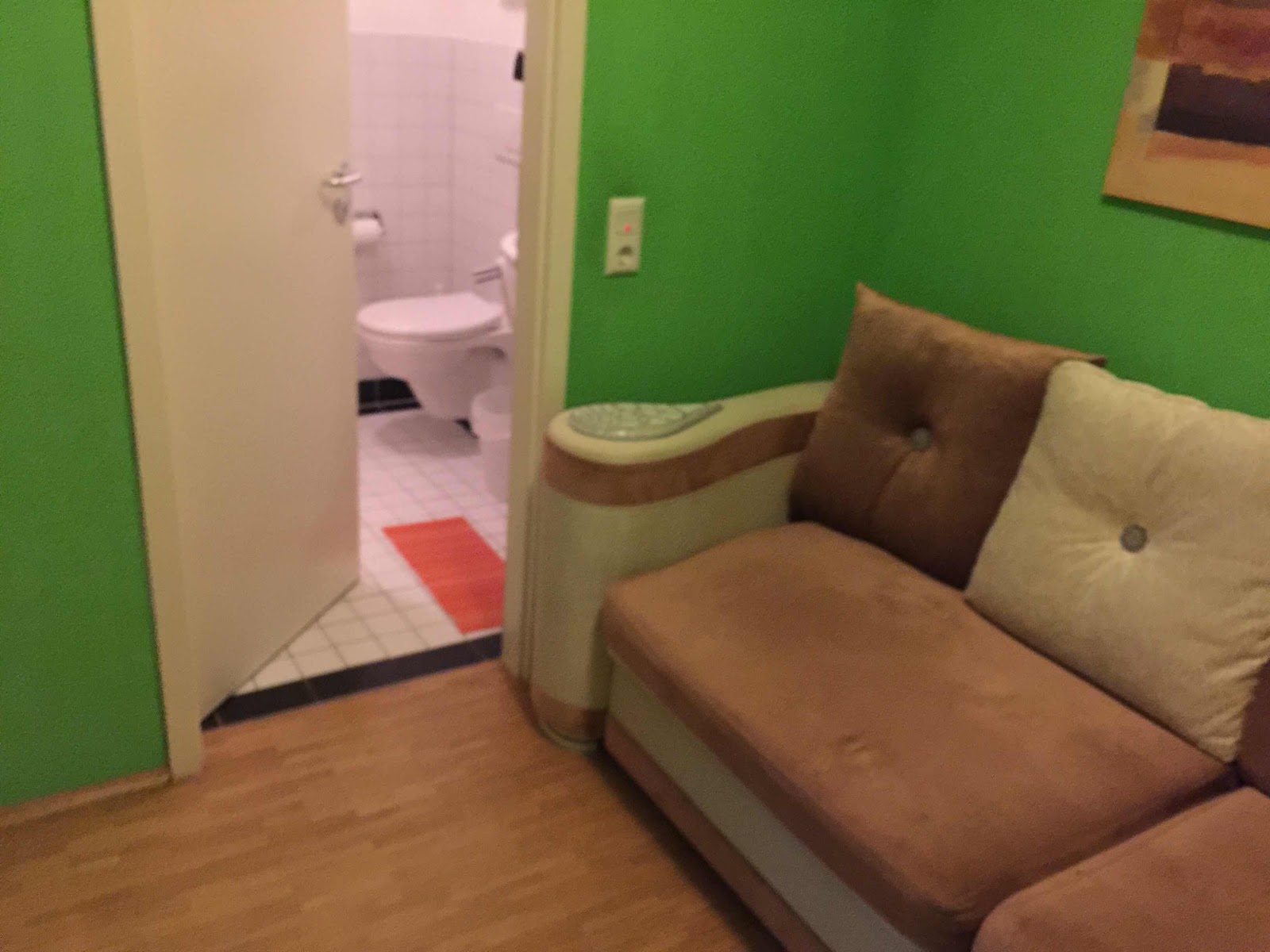 It’s big enough to have a party and the kitchen has all that one would want.
As our shopping was cancelled we consoled ourselves with a Siesta!
Then a shower and a change of clothes and we went out to see what’s what! 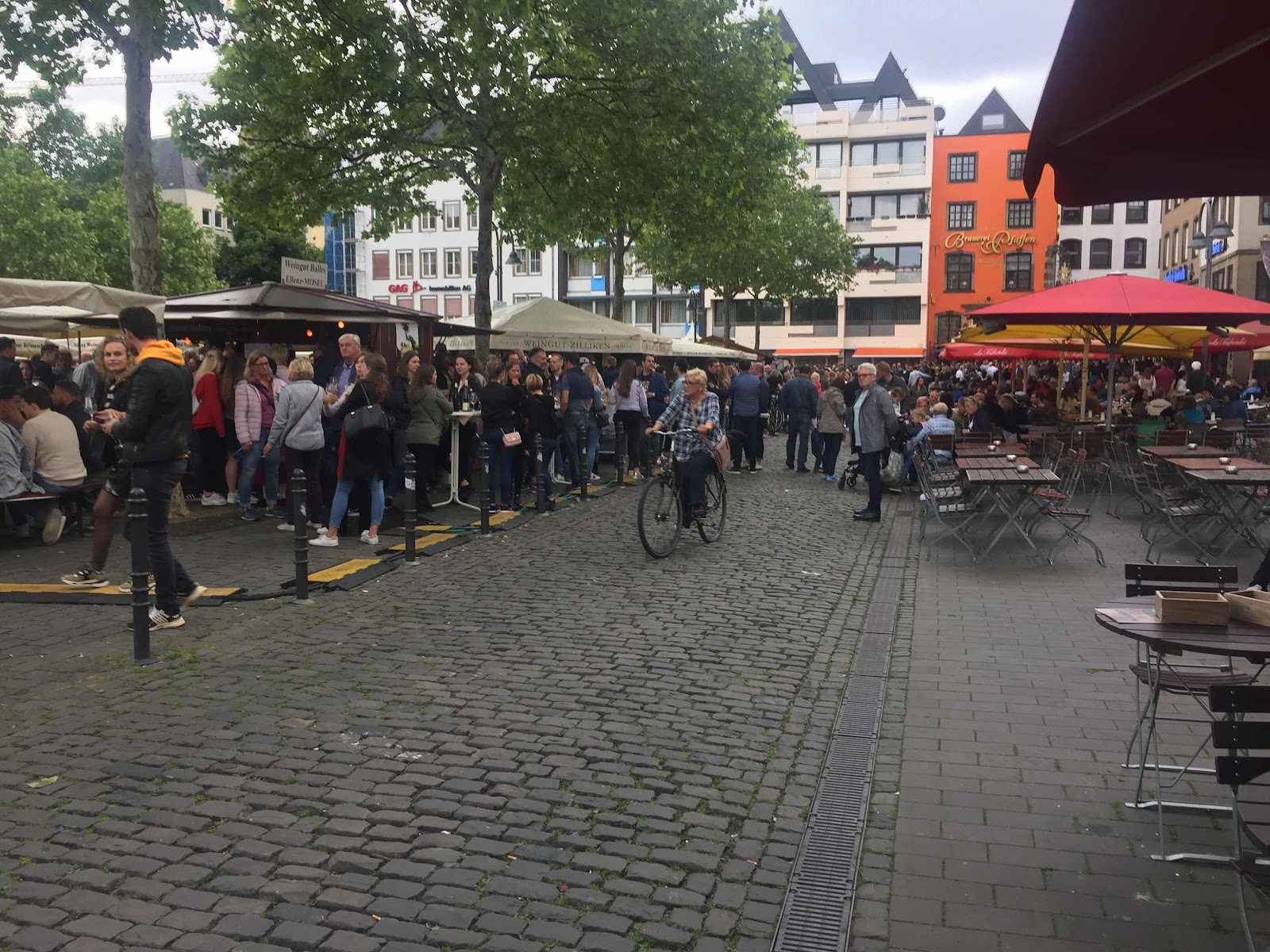 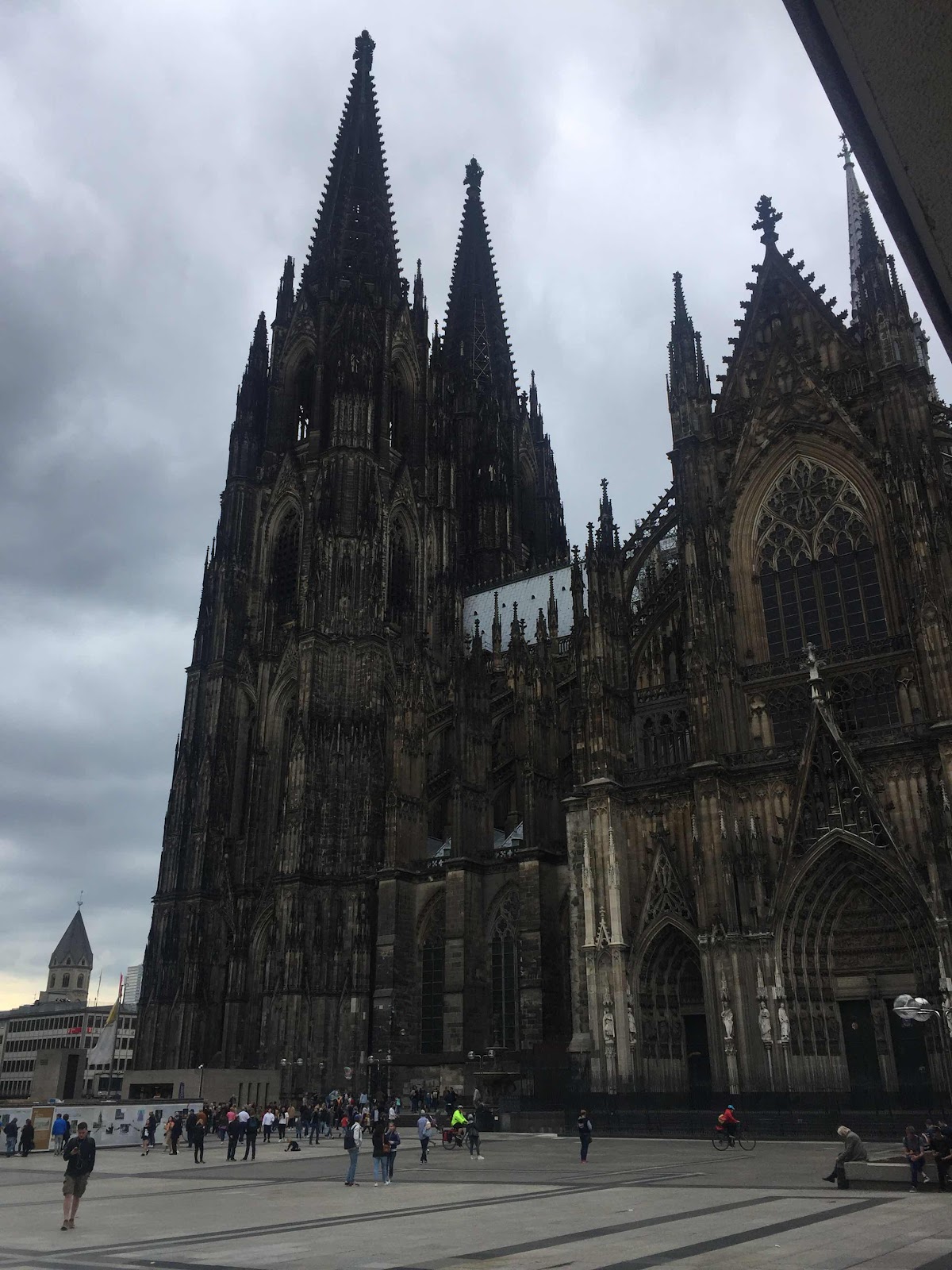 The strole made us peckish so we returned to an Italian close by our accommodation! 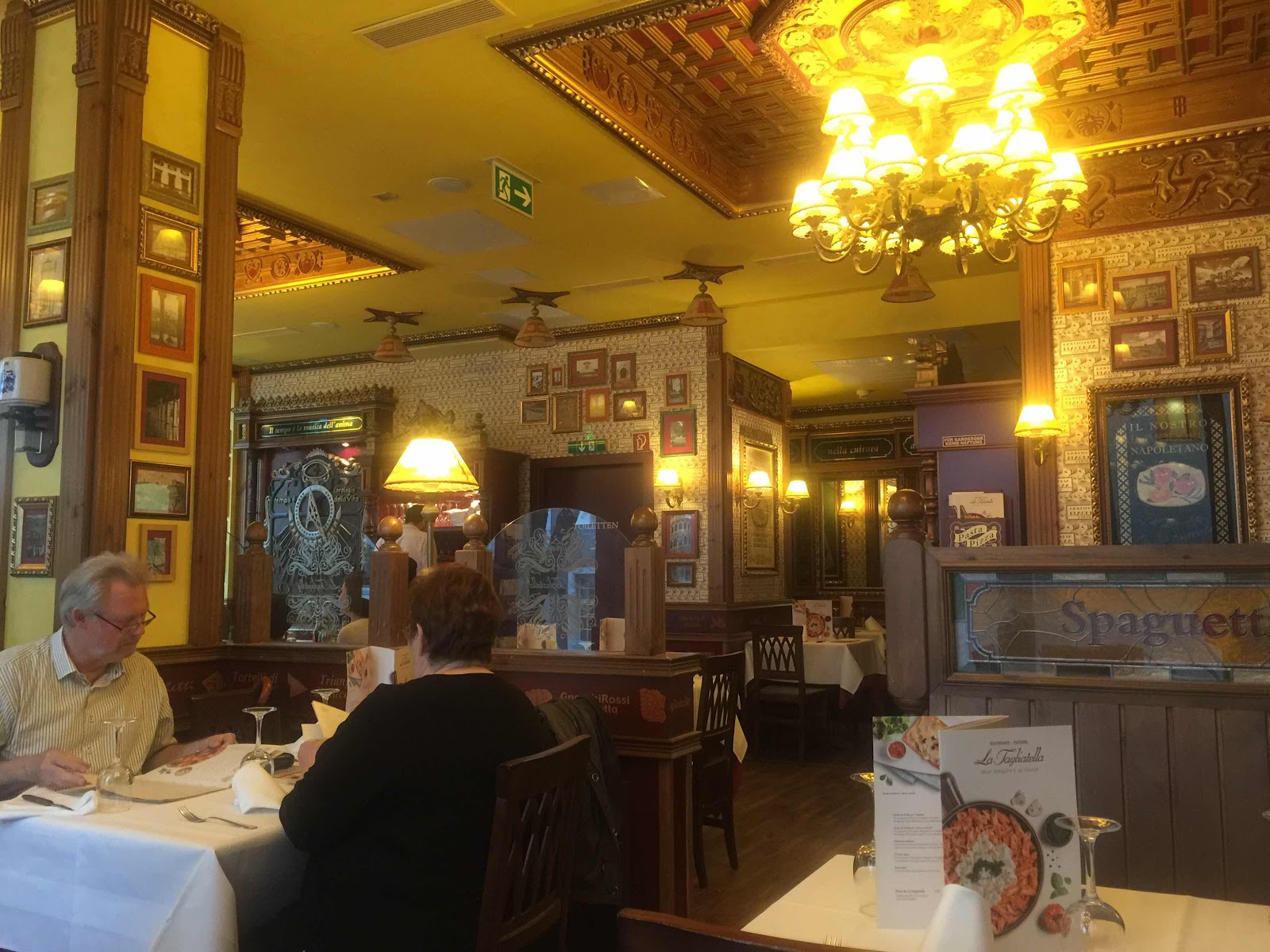 Alan had Spaghetti Caprese followed by an espresso, two chocolate truffles and a small tiramisu which they called a Cafe Giorisio! 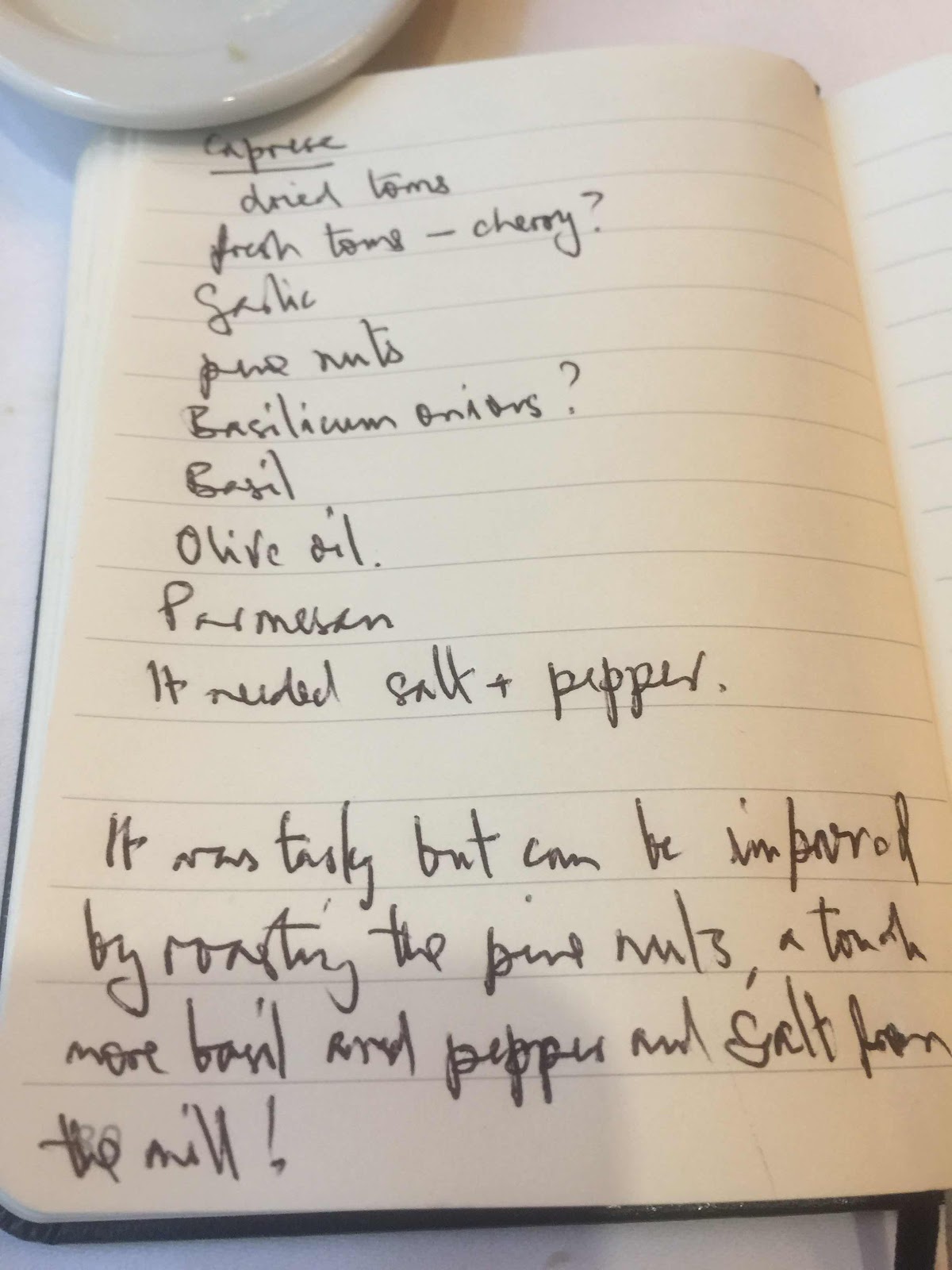 He intends to copy and improve the recipe! 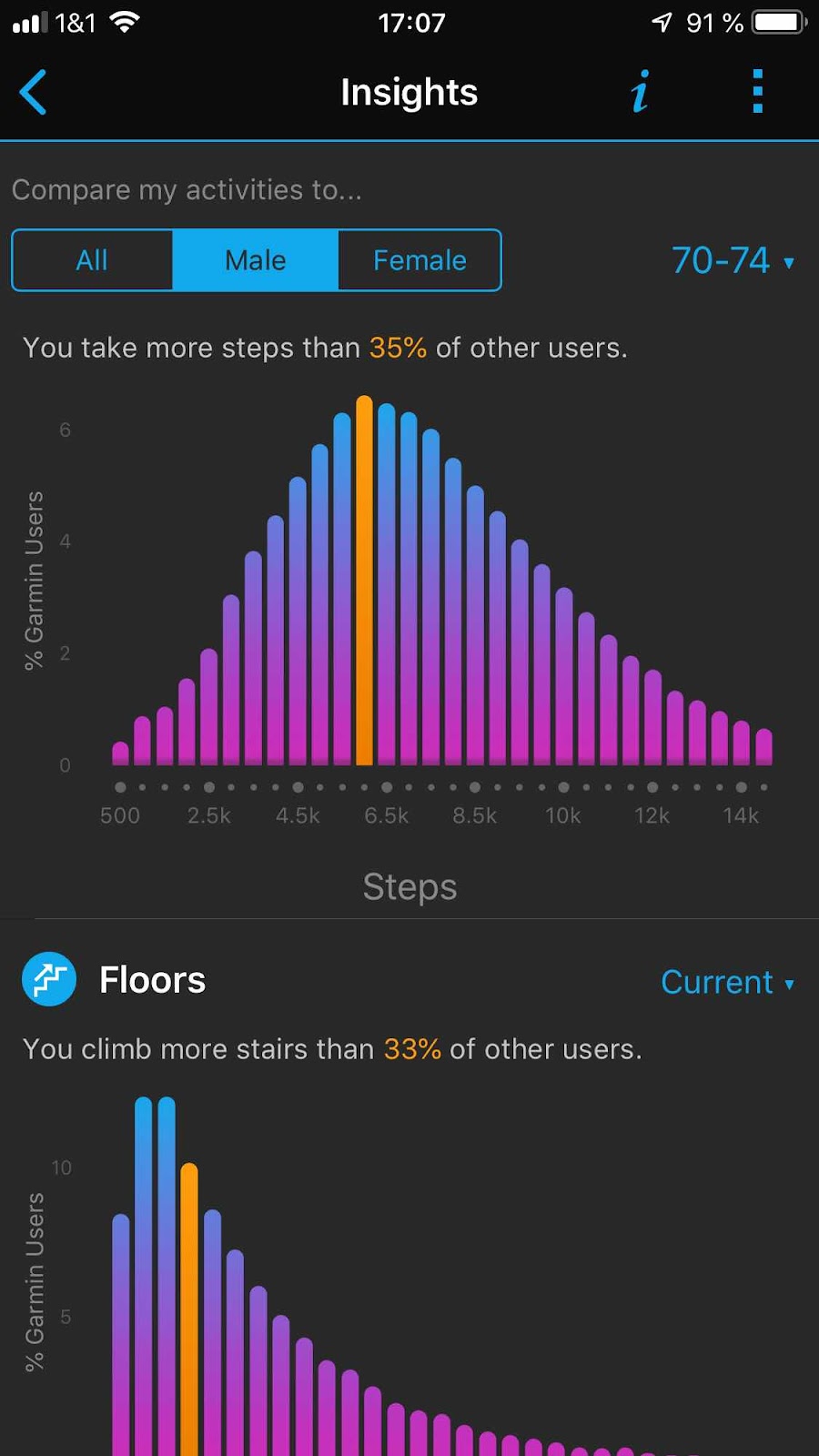 We discovered some interesting statistics on his Garmin! We had no idea they produced them!
Home tomorrow he says!
Posted by Alan Tyson-Carter at 20:53