It rained on us

We slept well and after a good breakfast we set off, not really knowing how far we would get today. As it was we set two new records! The fastest 40 Kms and the longest distance ridden so far at 76.5 Kms!
The sky was covered in grey clouds and clearly it would rain today. There were few cyclists about, but as the day progressed we saw more. 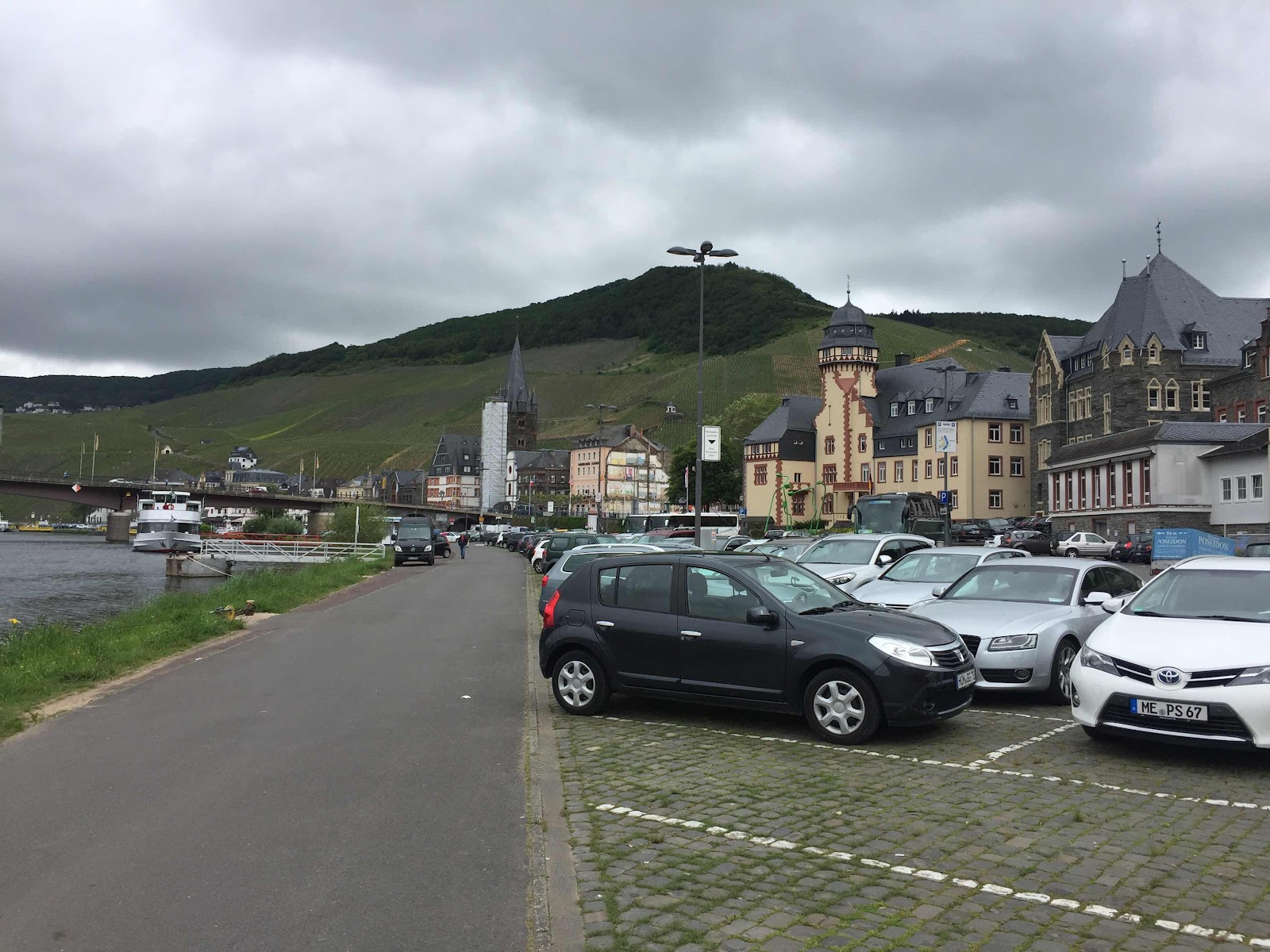 The bike path was an easy ride and so we made good head way. It started to rain a little, this forced our human to put his rain jacket on and we rode inside the backpack. It was only a light shower and so after awhile we came out to play again and Alan took his jacket off. We hardly stopped in the first two hours which would explain the Garmin saying it was the fastest 40 Kms! 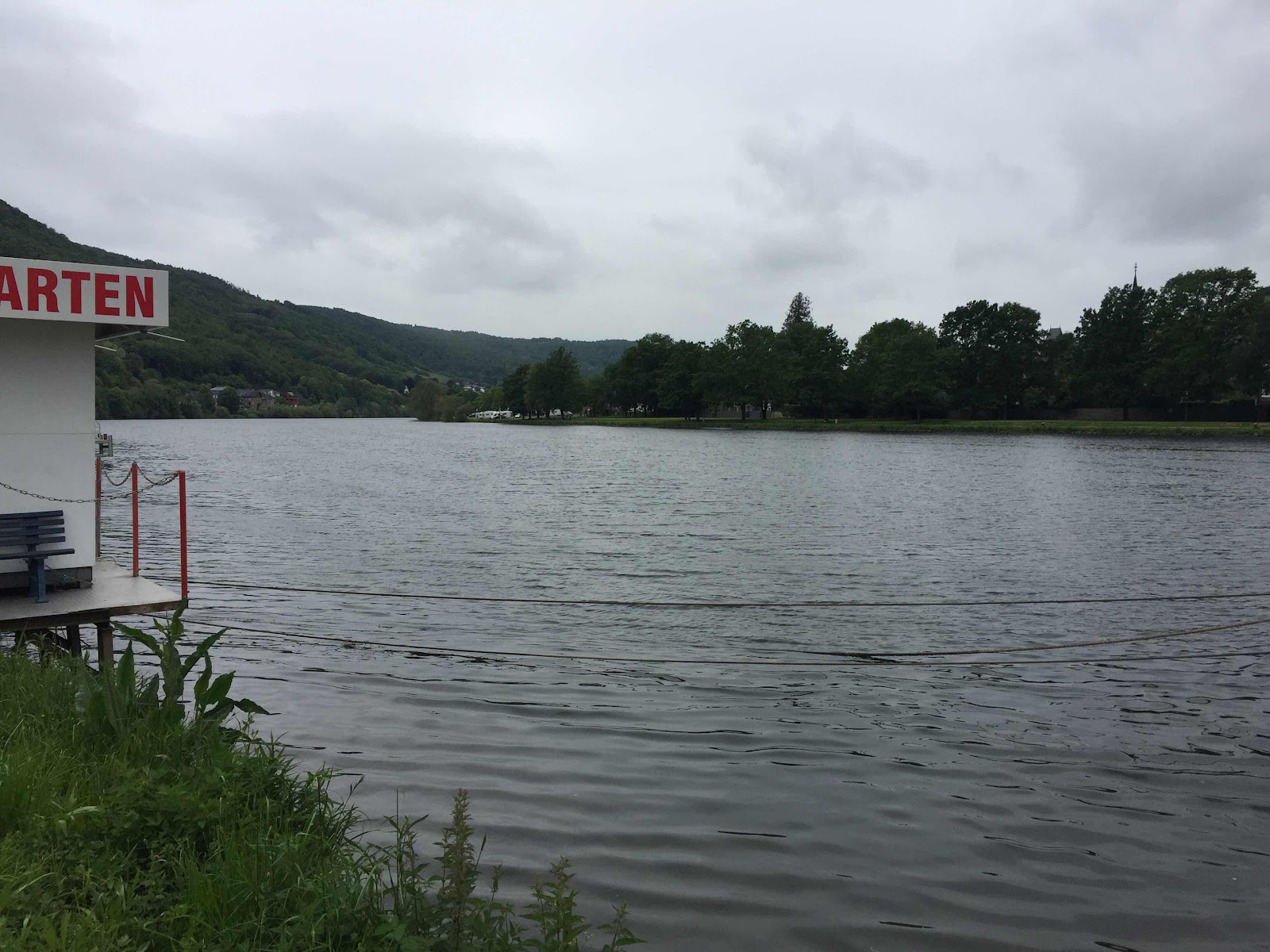 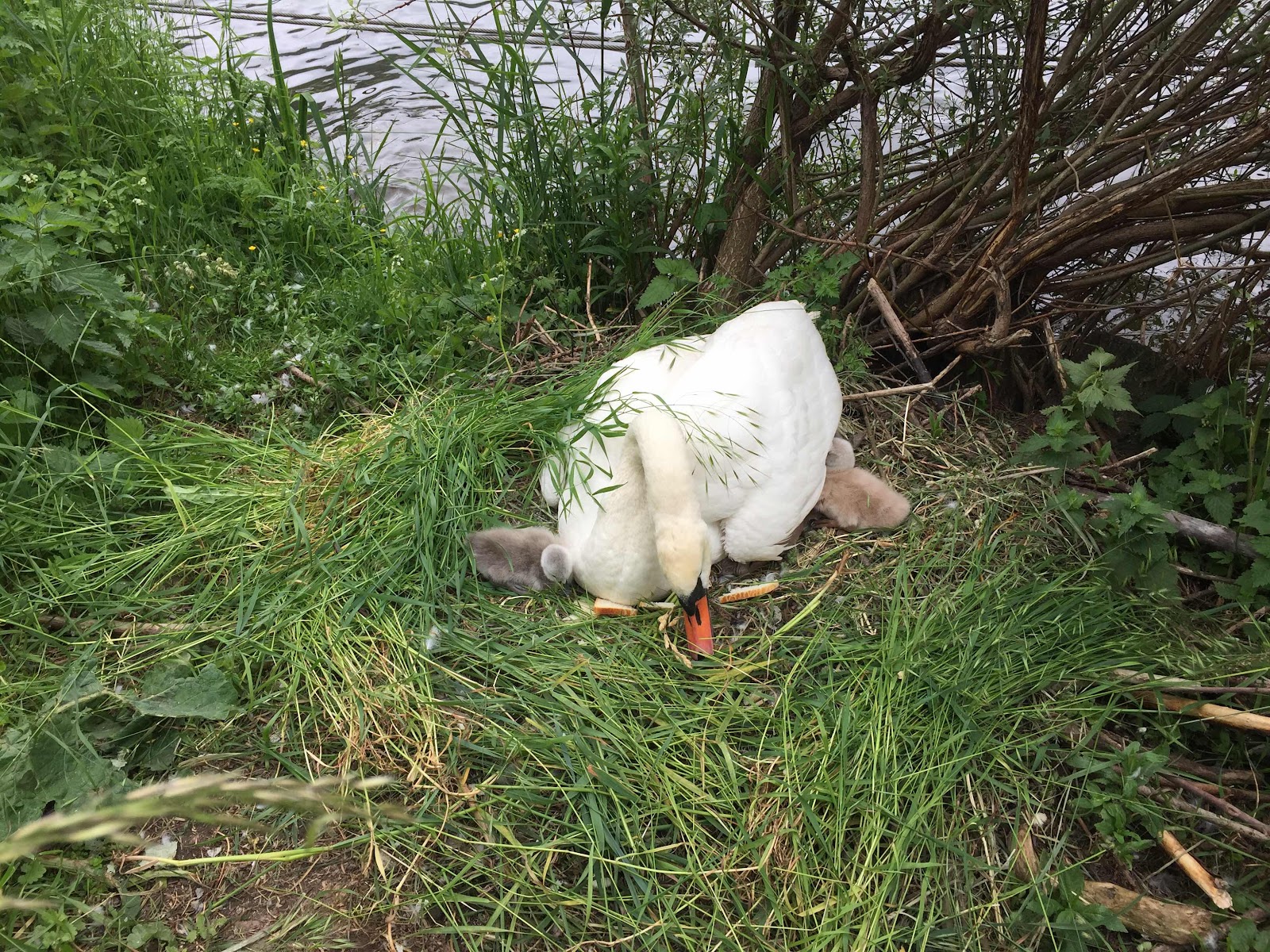 Despite the grey we enjoyed the countryside. 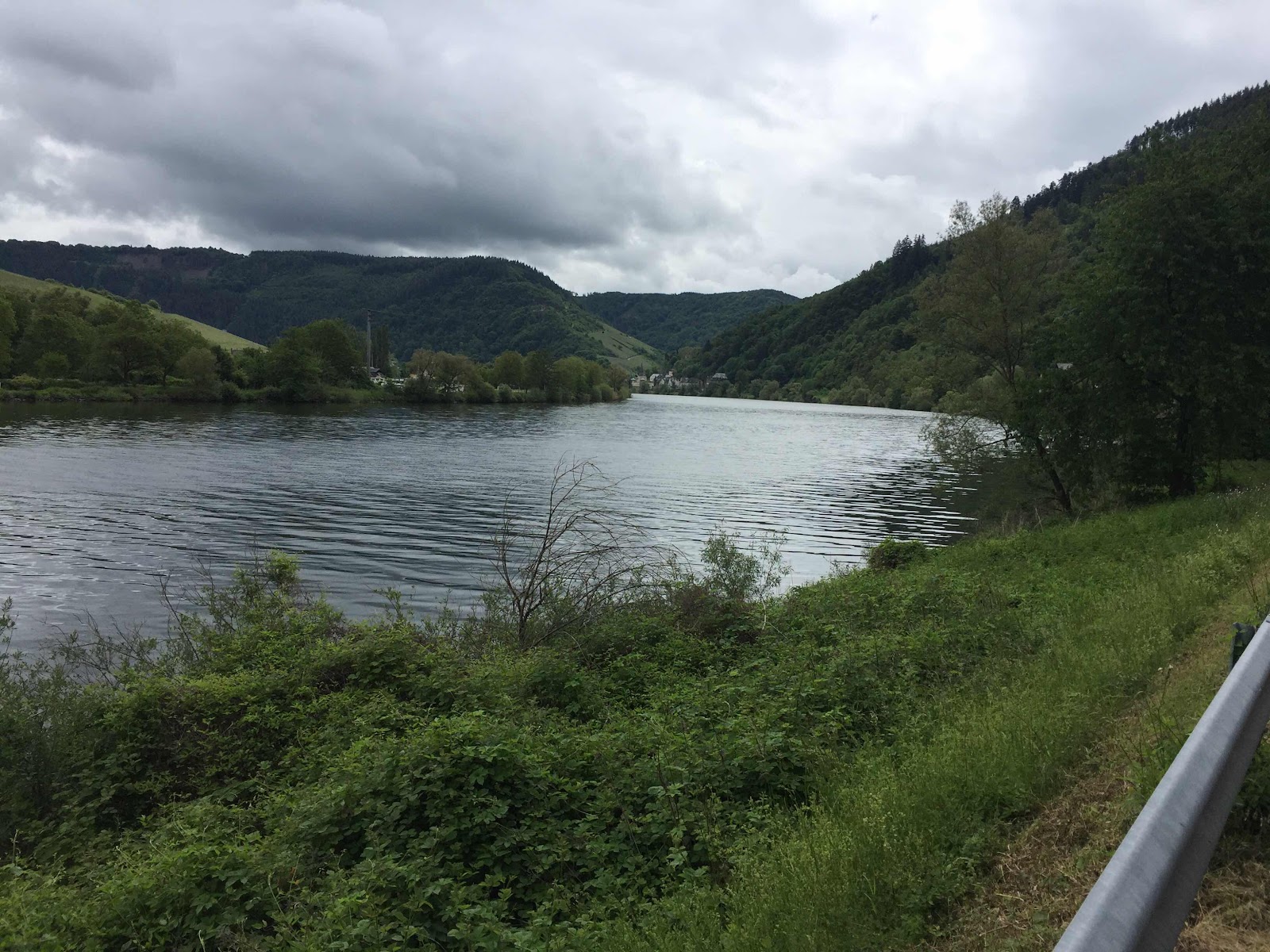 The river has some sweeping bends and the hills were generally all covered in vineyards except for this section on our bank which was clearly too steep. 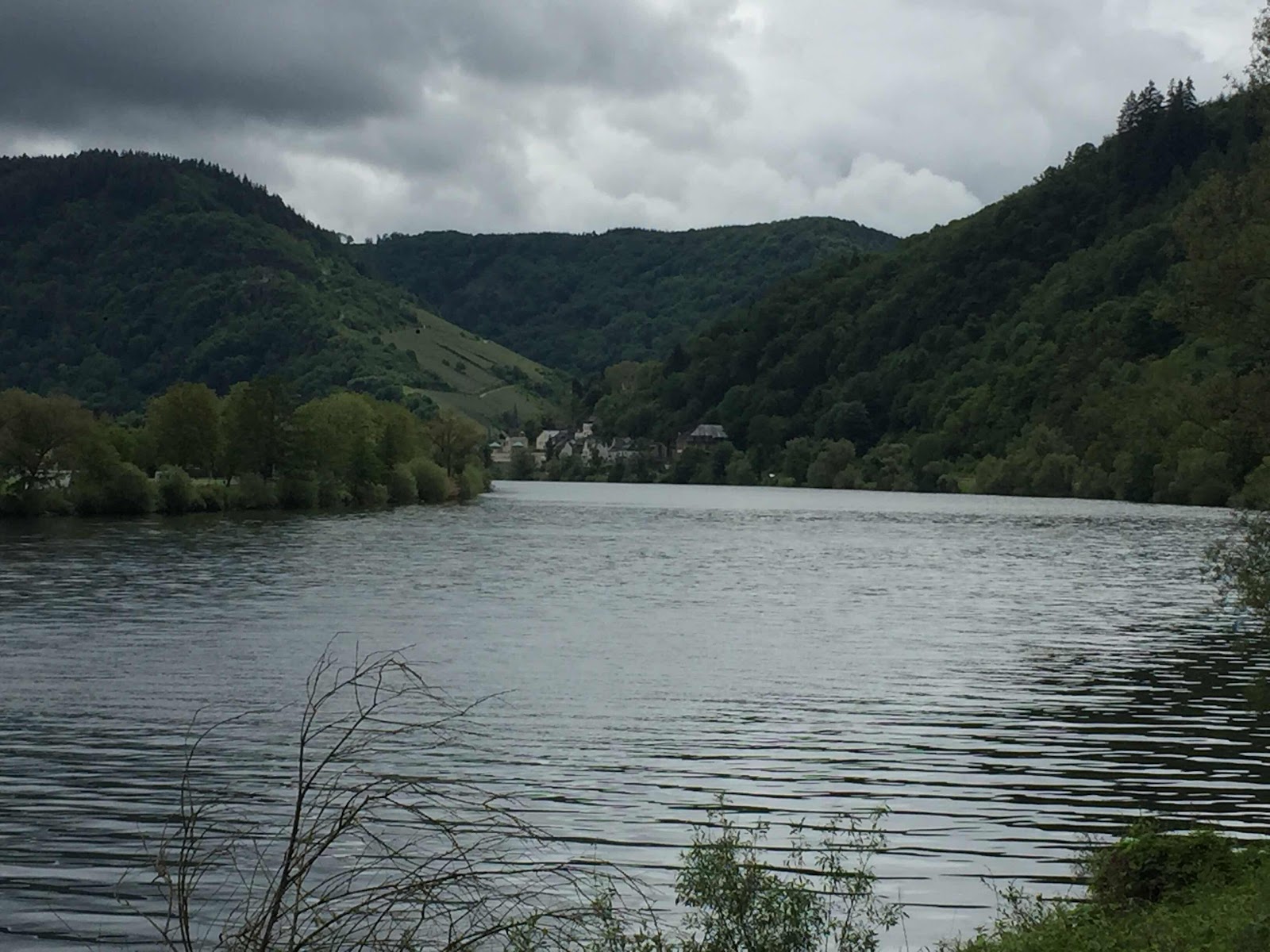 It seems though that man can grow anything any where! 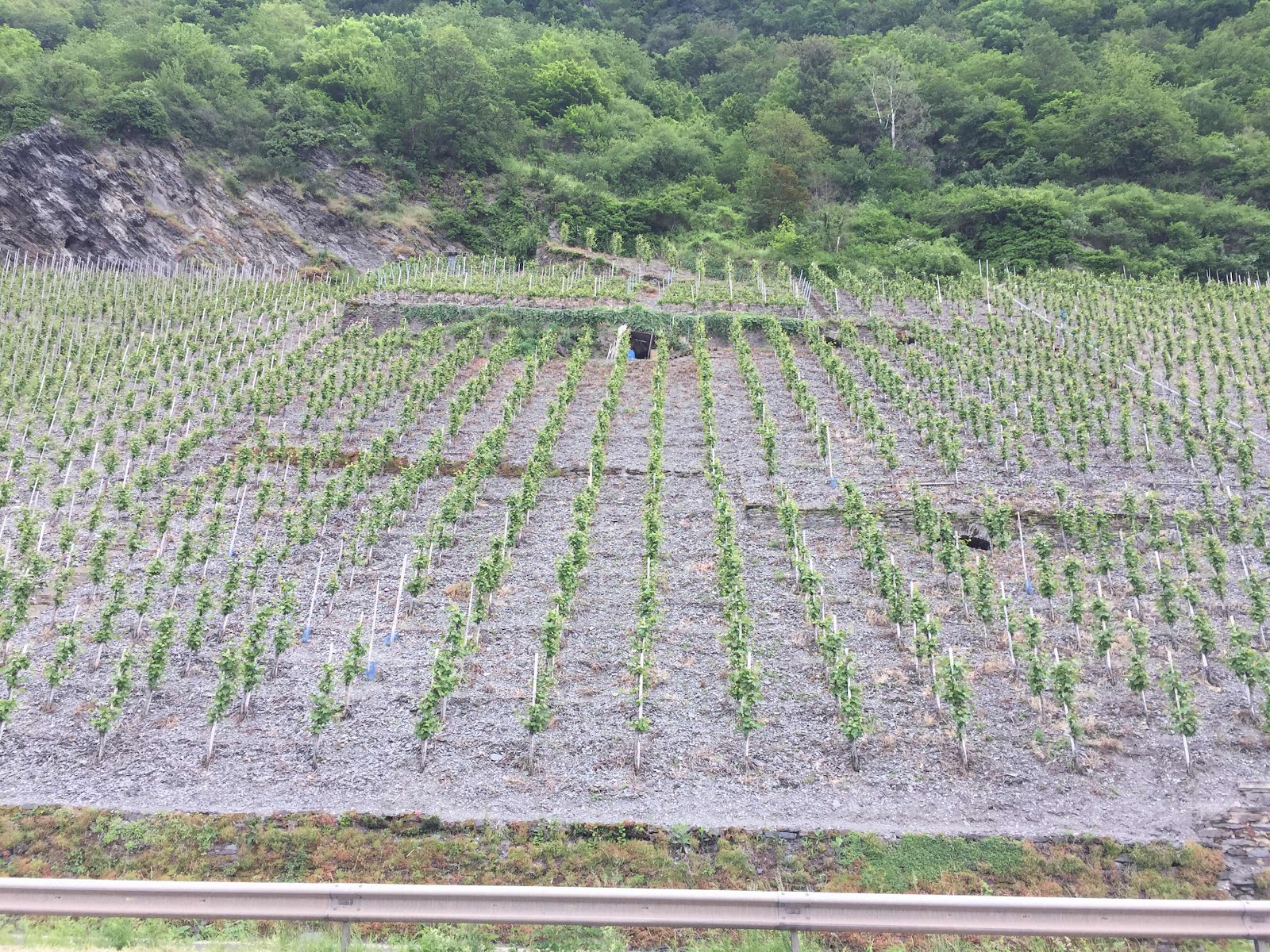 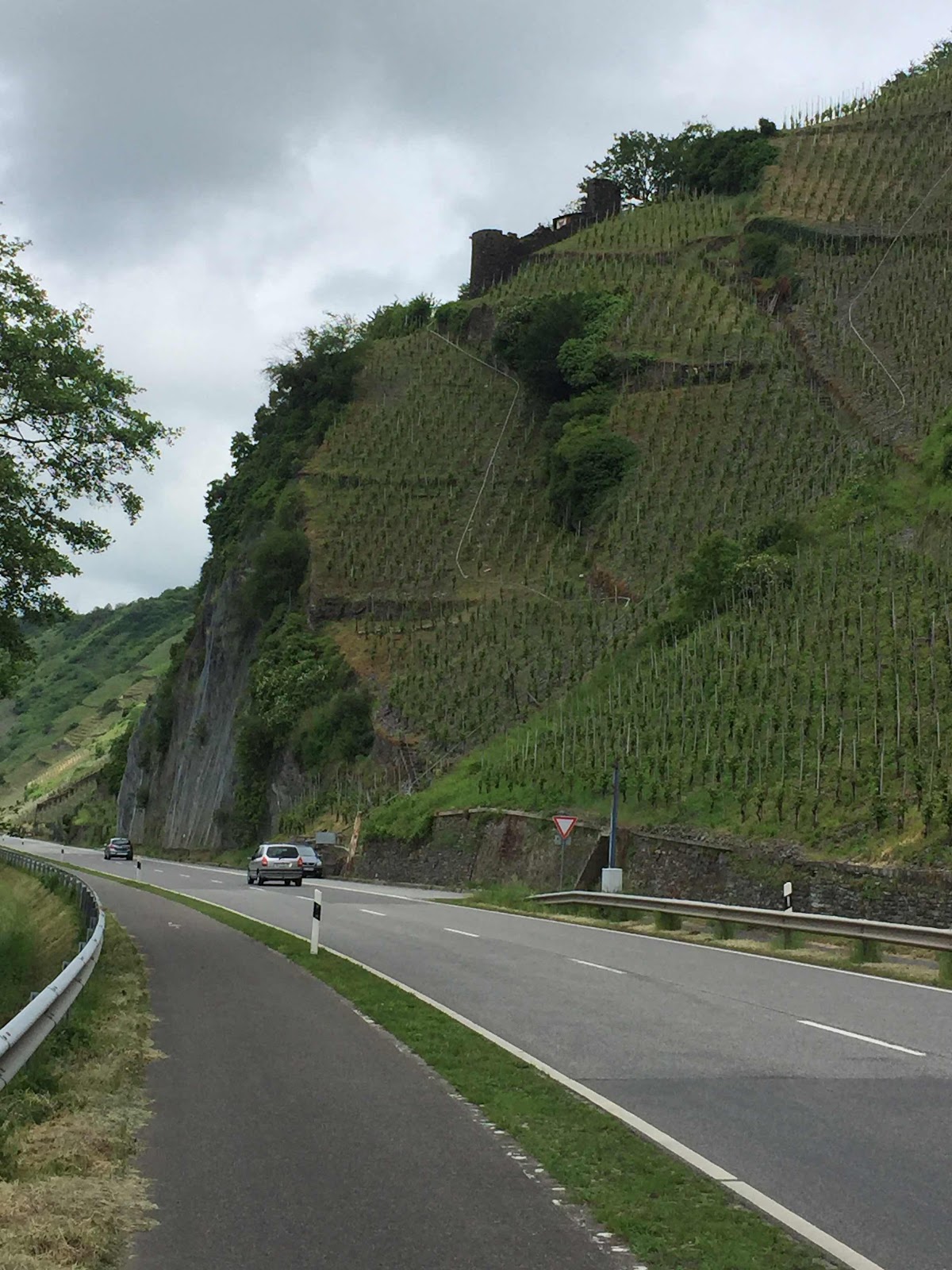 We wondered how they did it and then discovered that they had an ingenious rail system to help them! 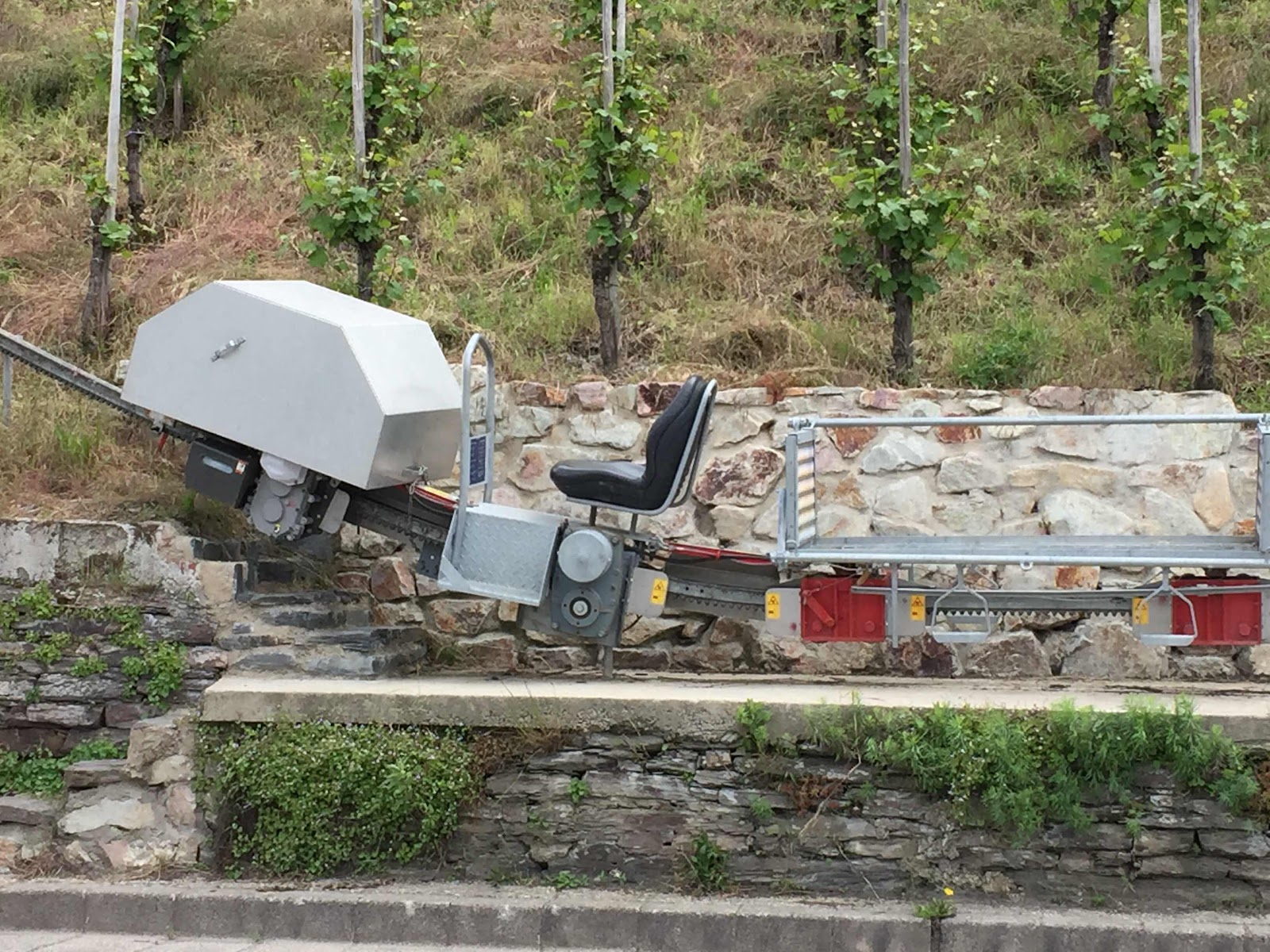 This is the engine and cart which goes up and down a slim monorail! 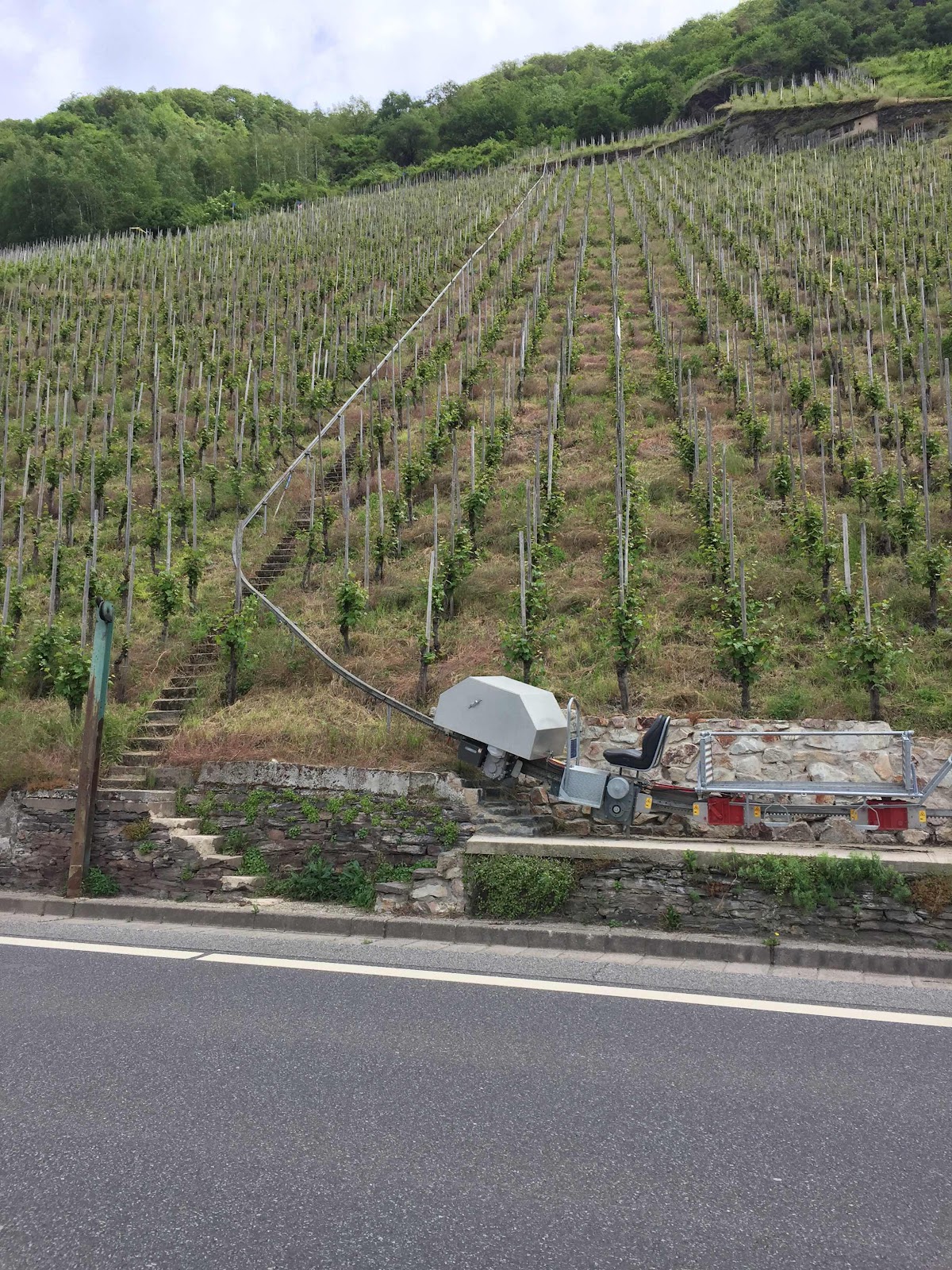 When we found a pub that was open we stopped for an isotonic drink and a bite to eat. We had a fine few of the vineyards and castle on the far bank. 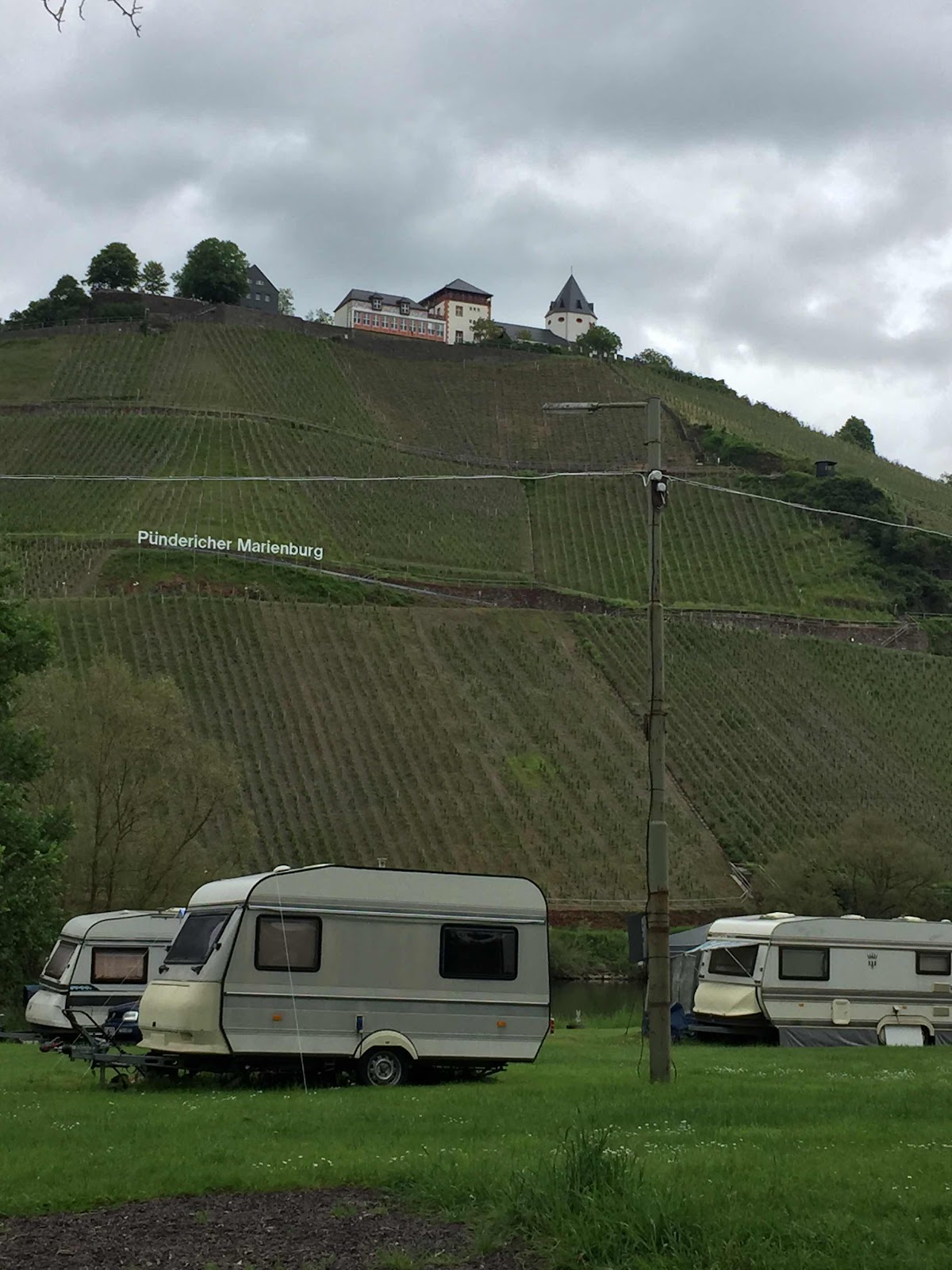 Fortified we cycled on until we got to Zell when Alan stopped to put on his rain jacket and us under cover. He clearly saw that we were in for a cloud burst so quickly booked us into a B and B nearby. By which time the torrential rain was upon us. 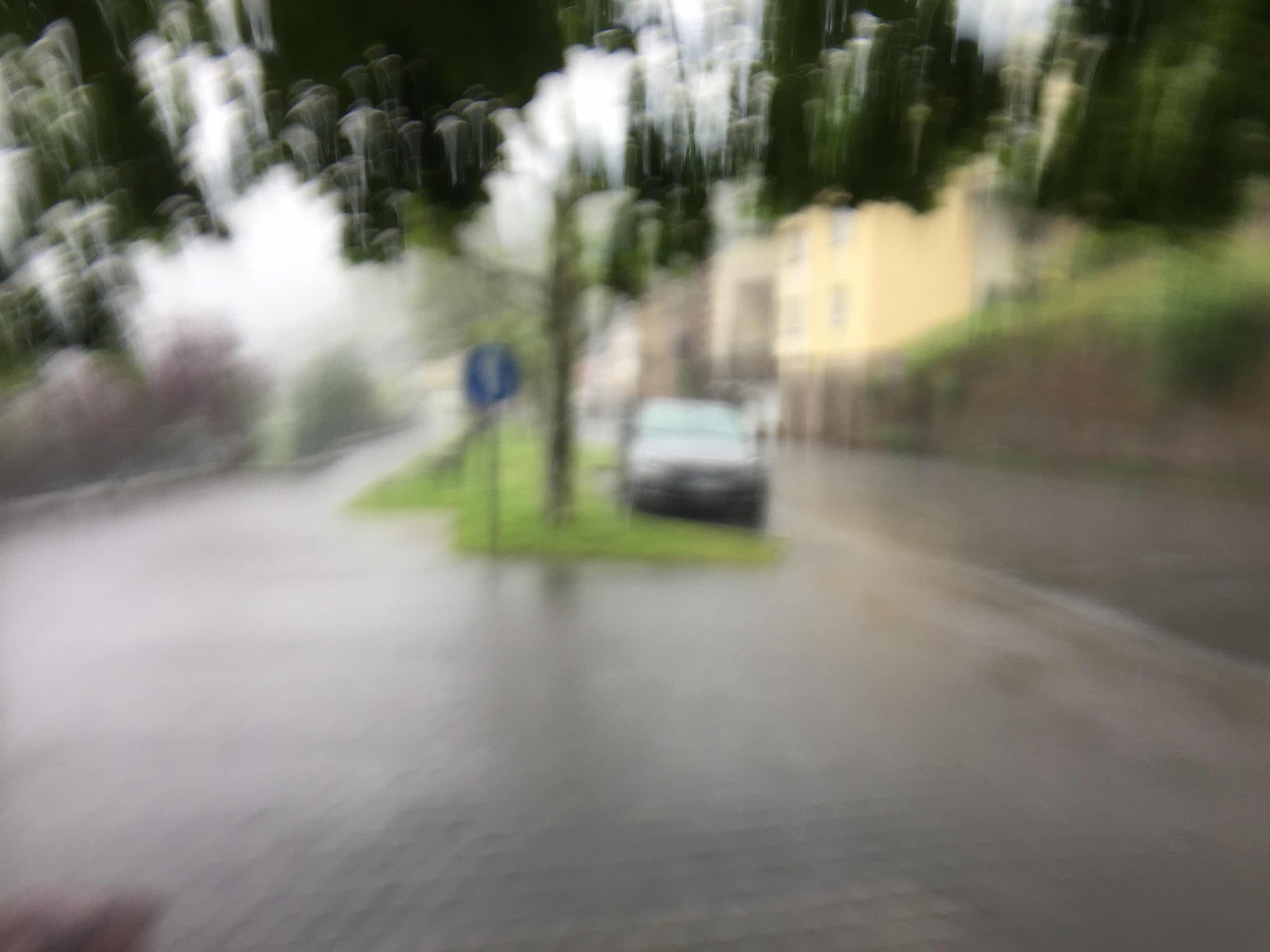 It was raining so hard we couldn’t use the phone to navigate by and actually passed our accommodation twice before the rain modified and we could find the right address! Alan’s trousers and socks were wet through by this stage. 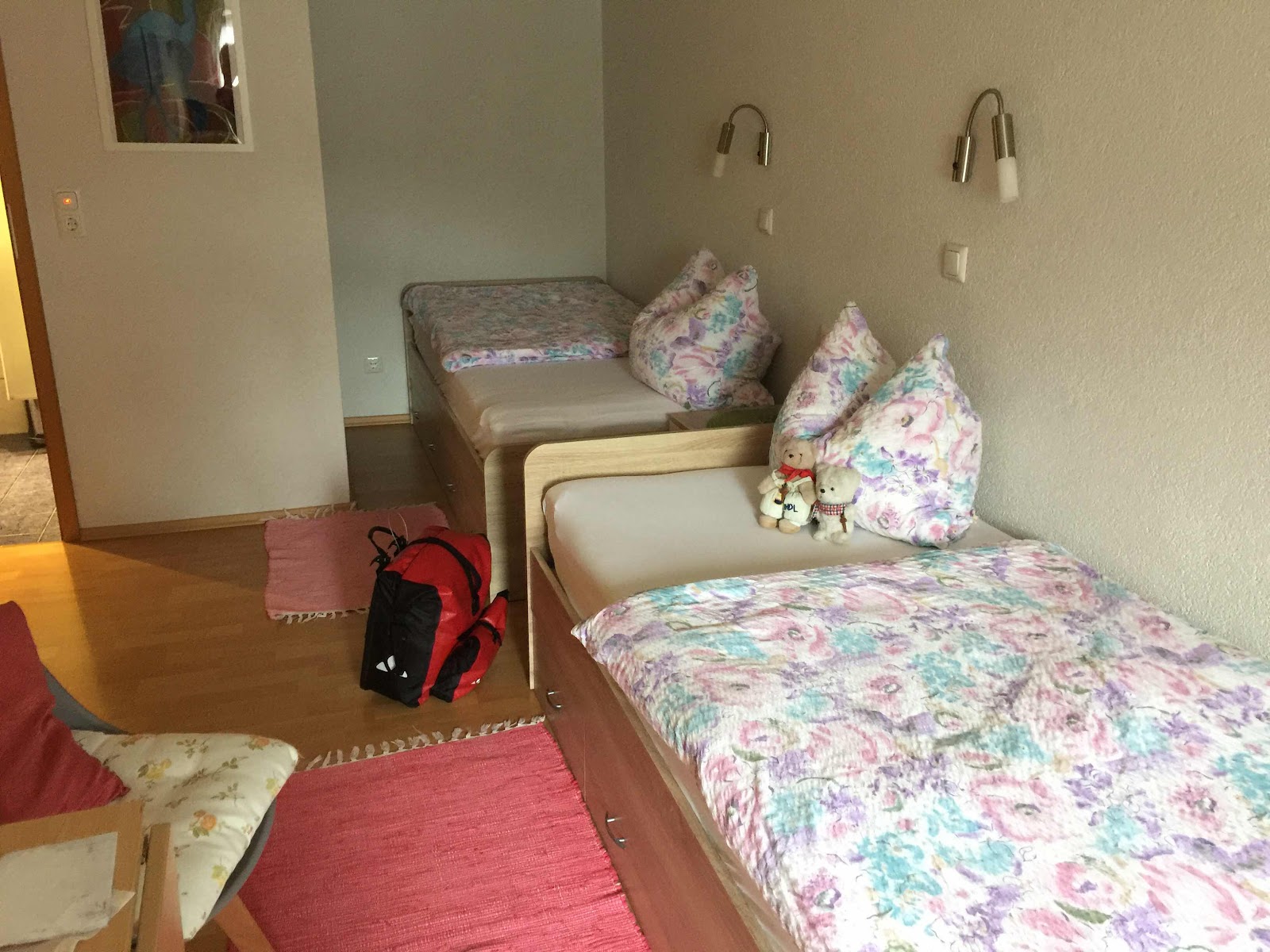 We are in the dry now and can look out upon the river! 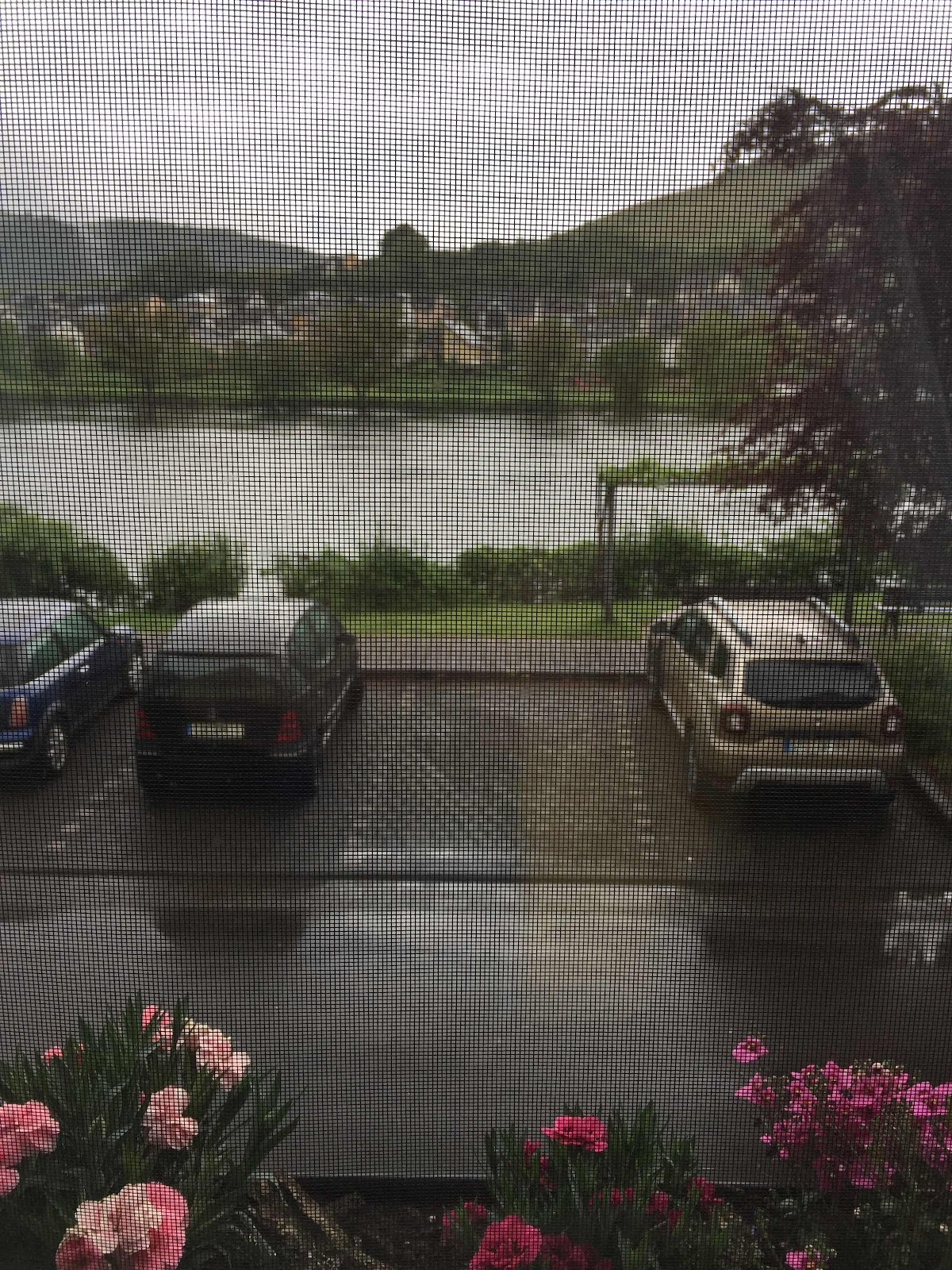