The hills have it in them! 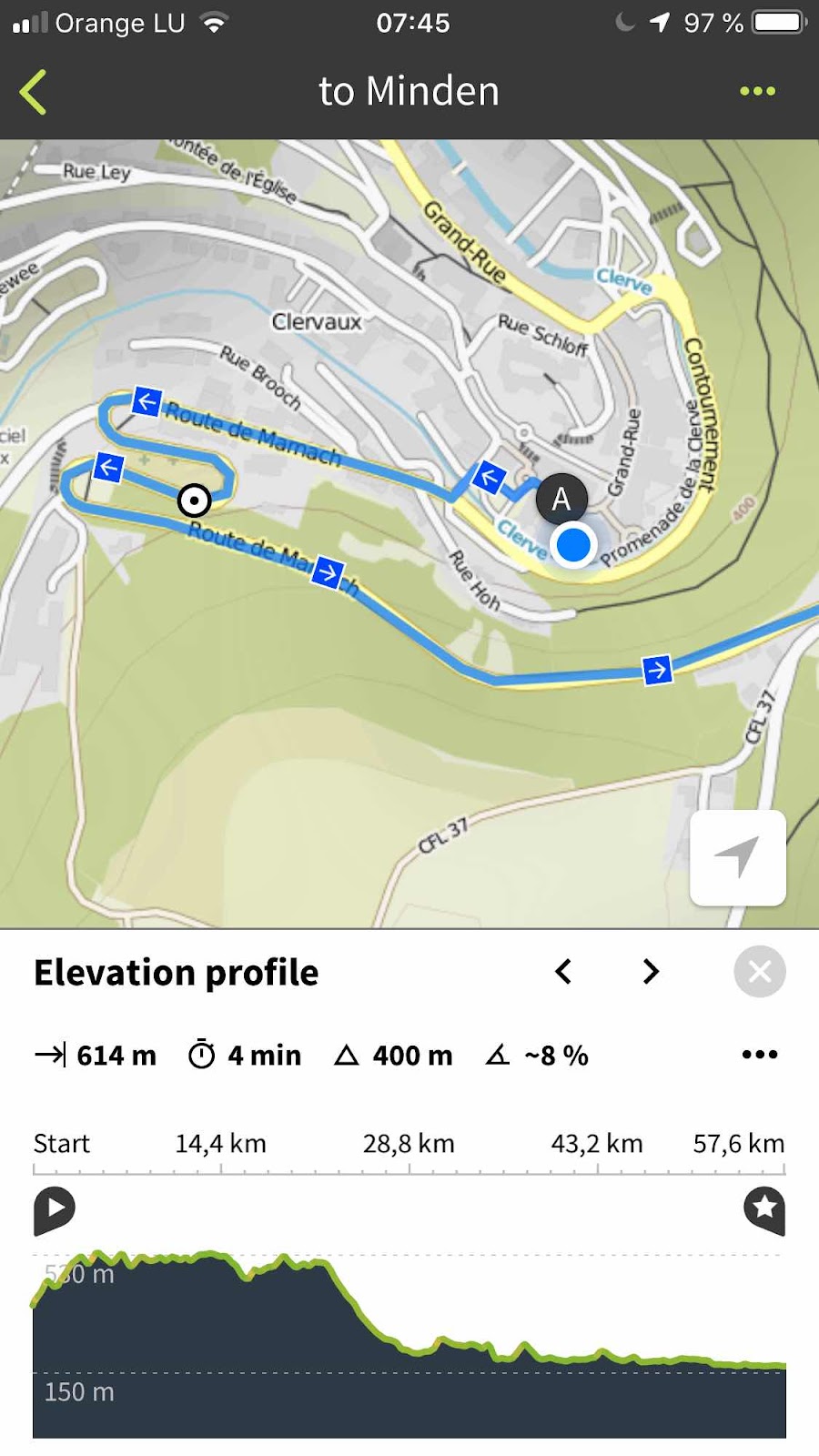 Our human can be a worrier! He lost sleep last night worrying about getting back up the hill!
This morning after a good breakfast and enquiring at reception whether someone had discovered the business opportunity of ferrying damn old fools like our BBF up the hill ( there wasn’t) we set off.
He attacked the hill from the start. There was no long run at it and in the end the bends were not as steep as he thought in the dead of the night. We made it to the top without having to engage the lowest gear or the highest motor setting! It was long though and did require effort. His lungs were gasping for air at the top, but oddly the heart was quiet and not trying to pump its way out of his chest! 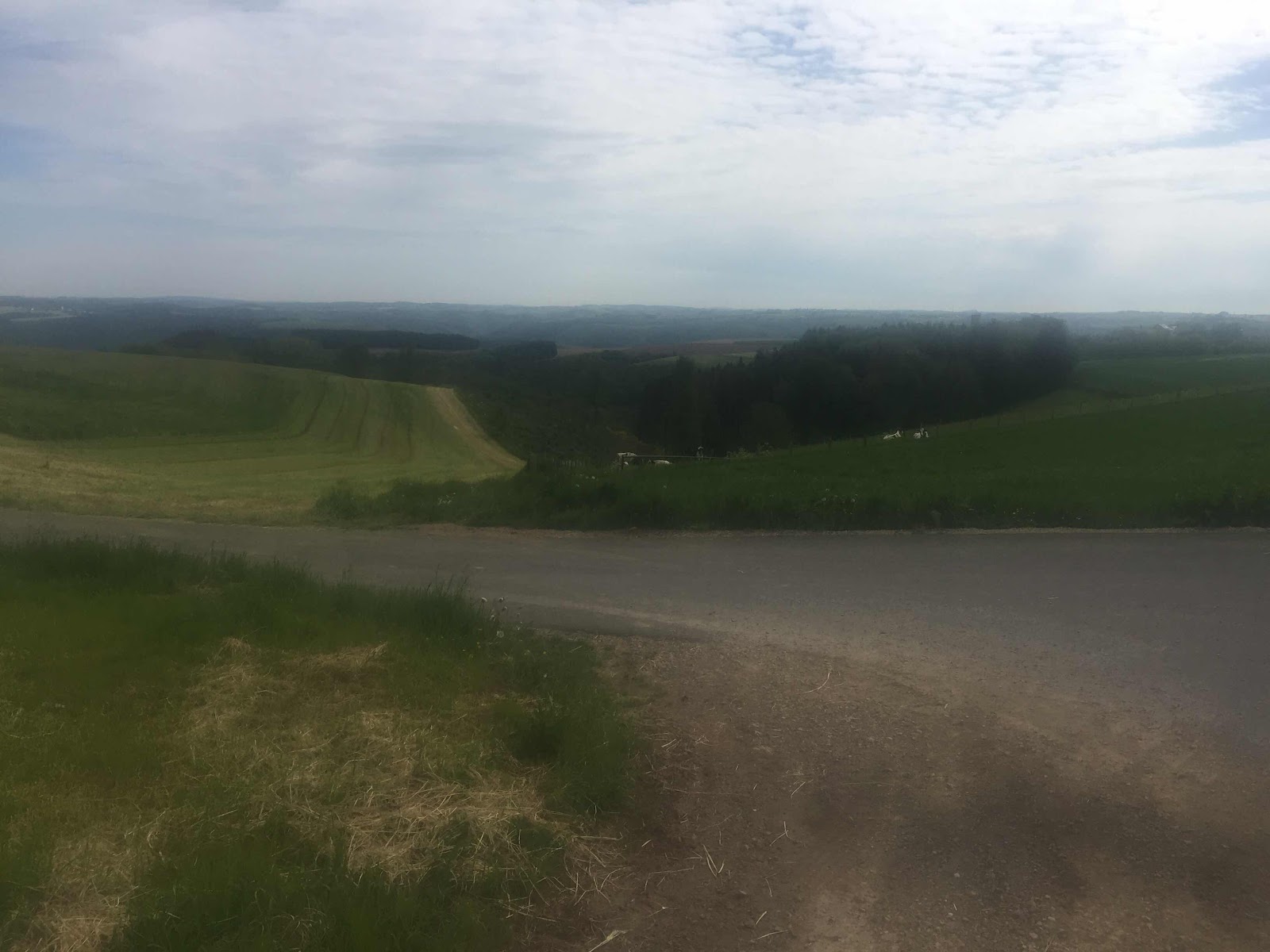 As in all hill climbs the effort was rewarded with fine views. And then there was the down bits. At one stage we clocked 60 km/h!
As you can see in the elevation picture the route had a lot of little sharp steep bits which did require the lowest gear and the highest motor setting and even then he was required to stand on the pedals and work! 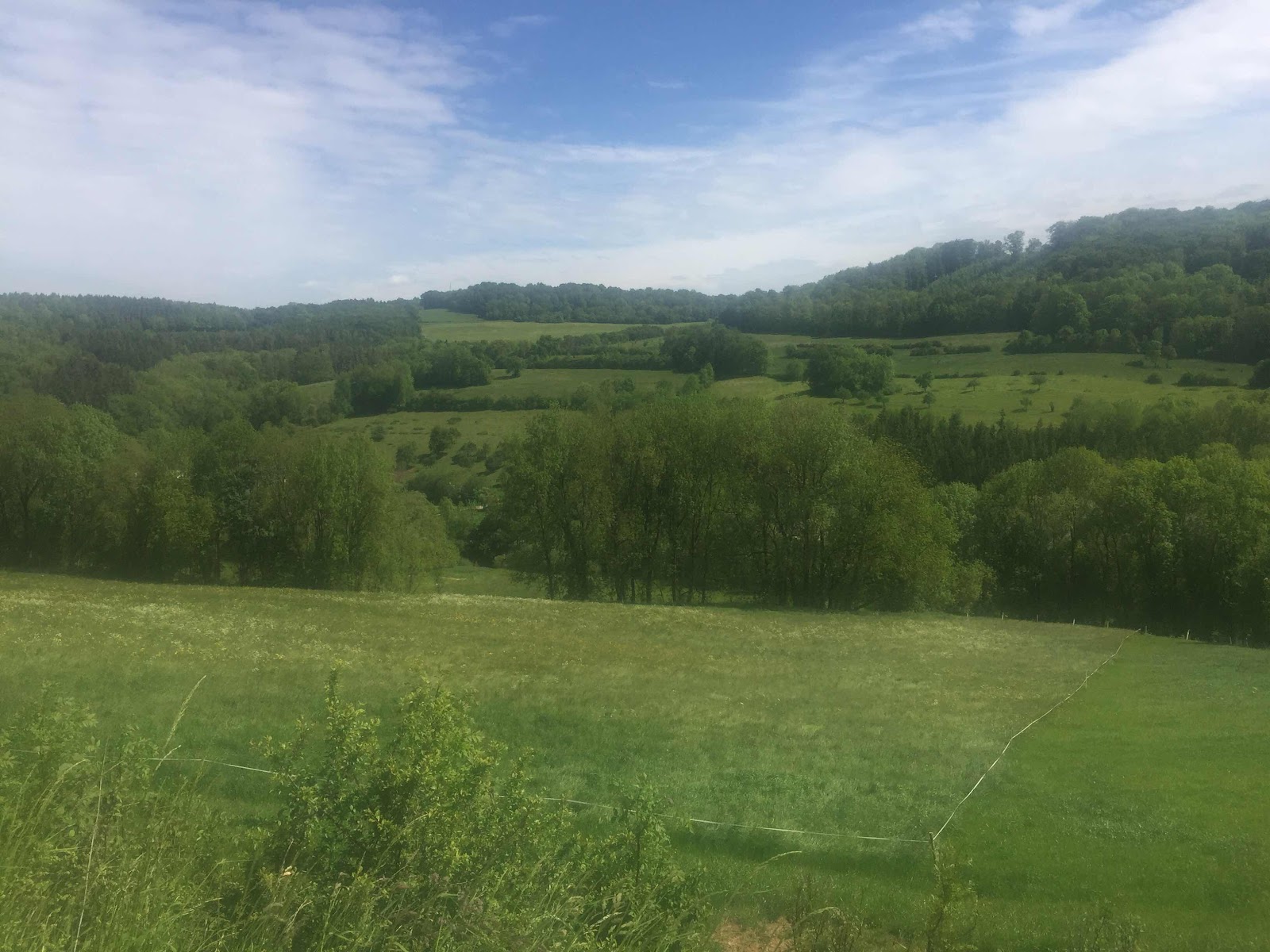 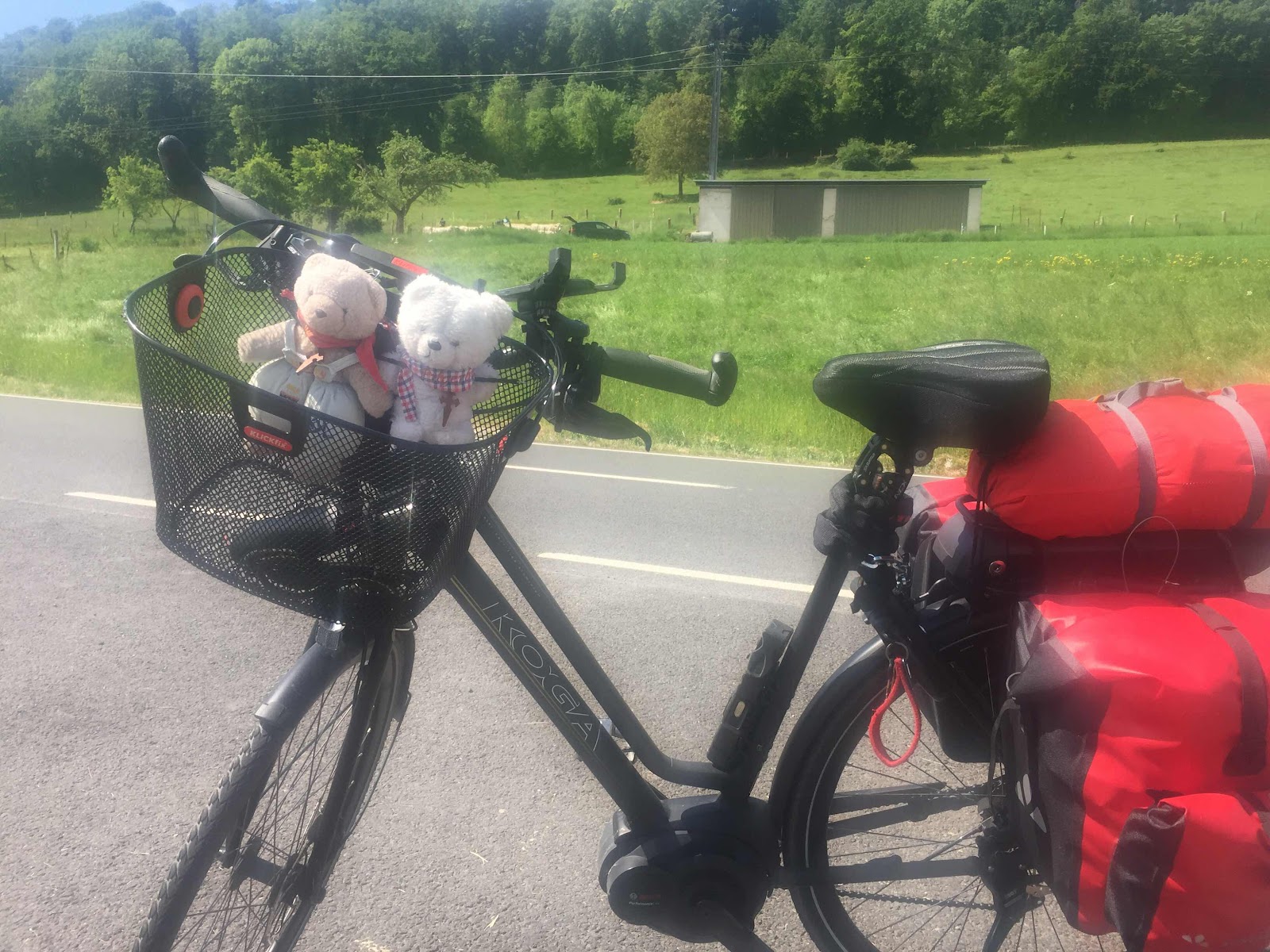 Although occasionally we passed through villages we never passed a cafe or bar where we could stop for an isotonic drink. In Spain you would find them all the time! 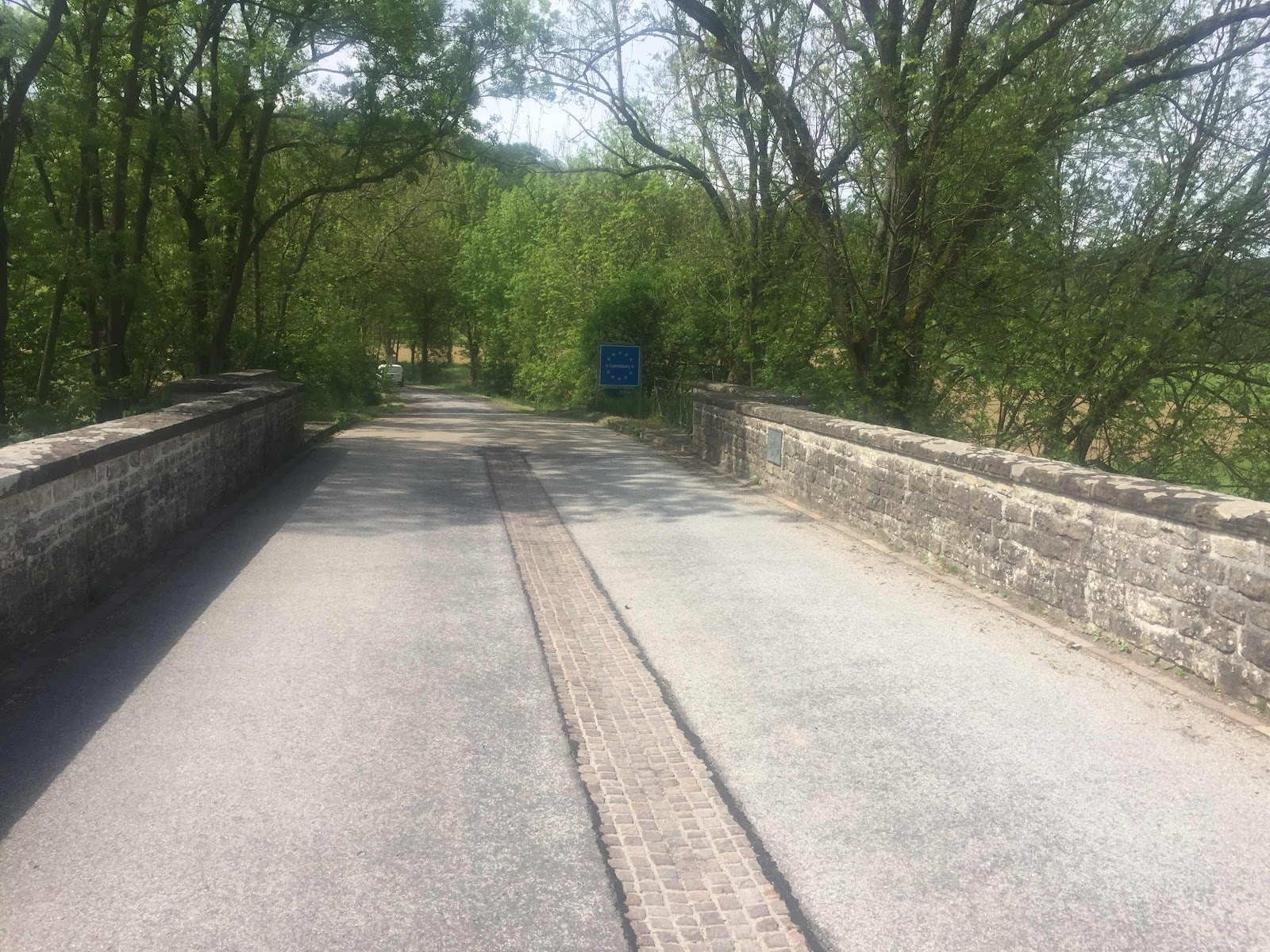 Hill climbing was over at this bridge over the river which marked the border between Luxemburg and Germany! 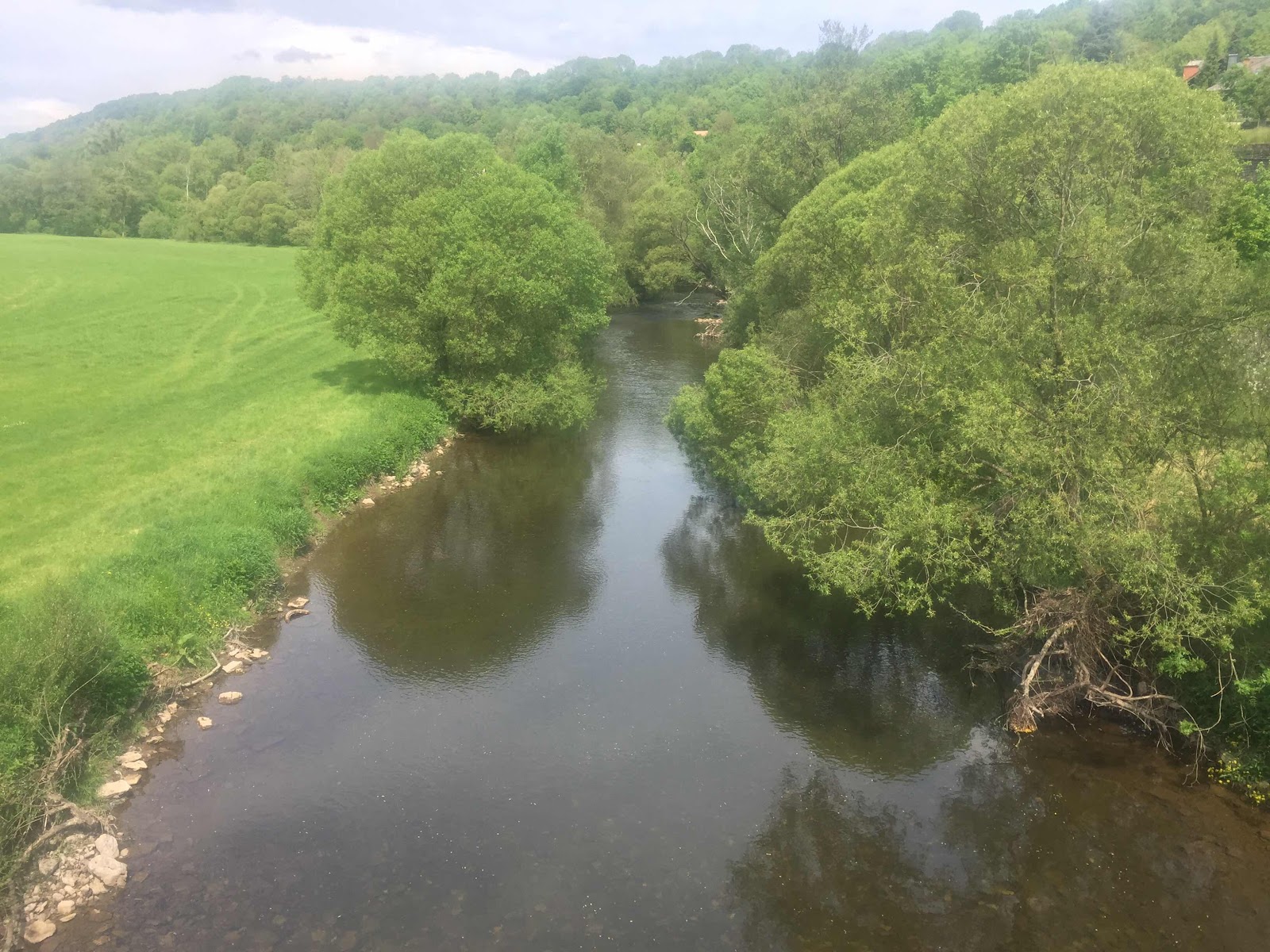 We now followed the river crossing again into Luxemburg virtually all the way to Minden an der Sauer! 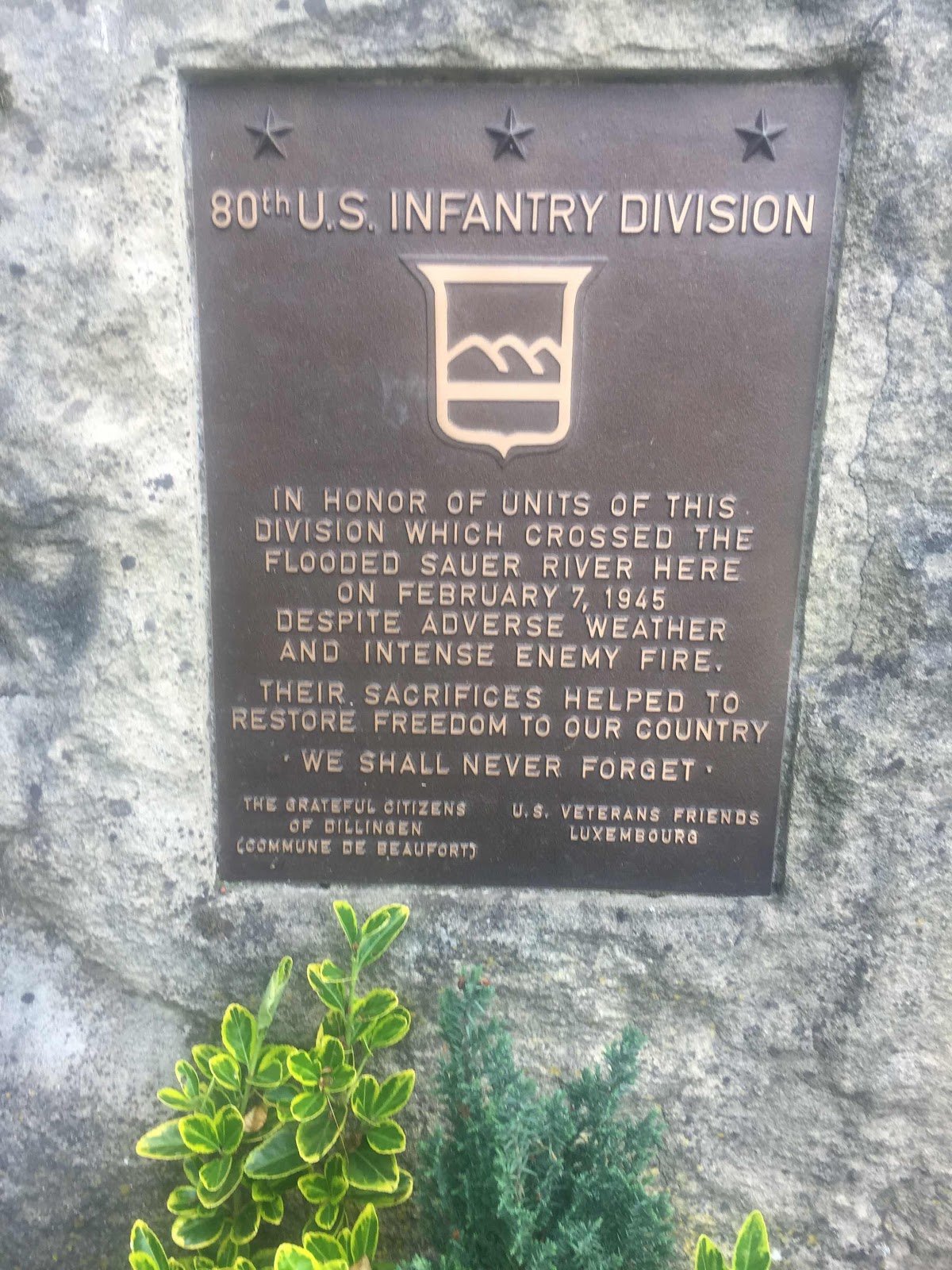 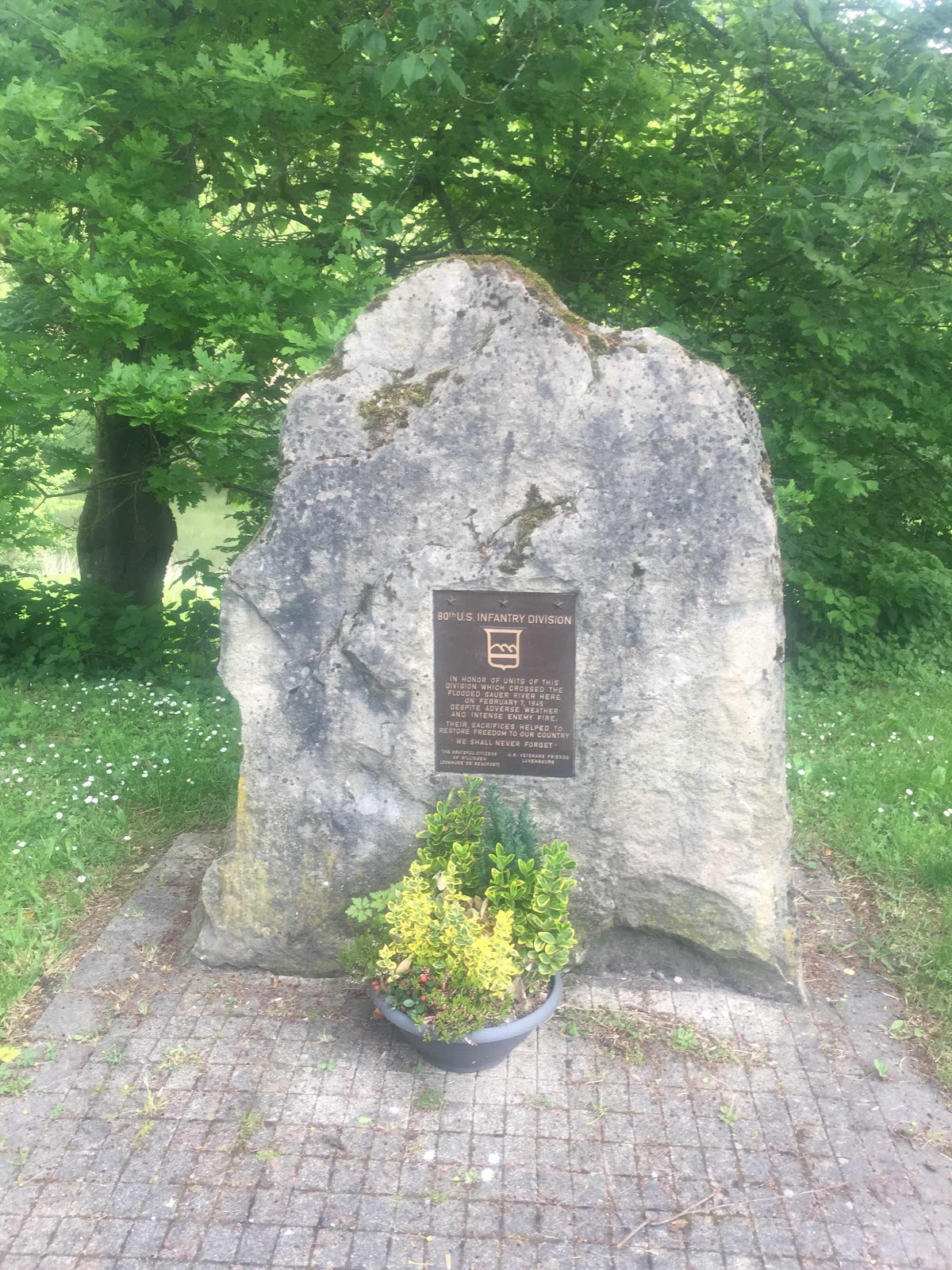 We came across a number of memorials to the US Forces and the battle of the Bulge along the riverbank! 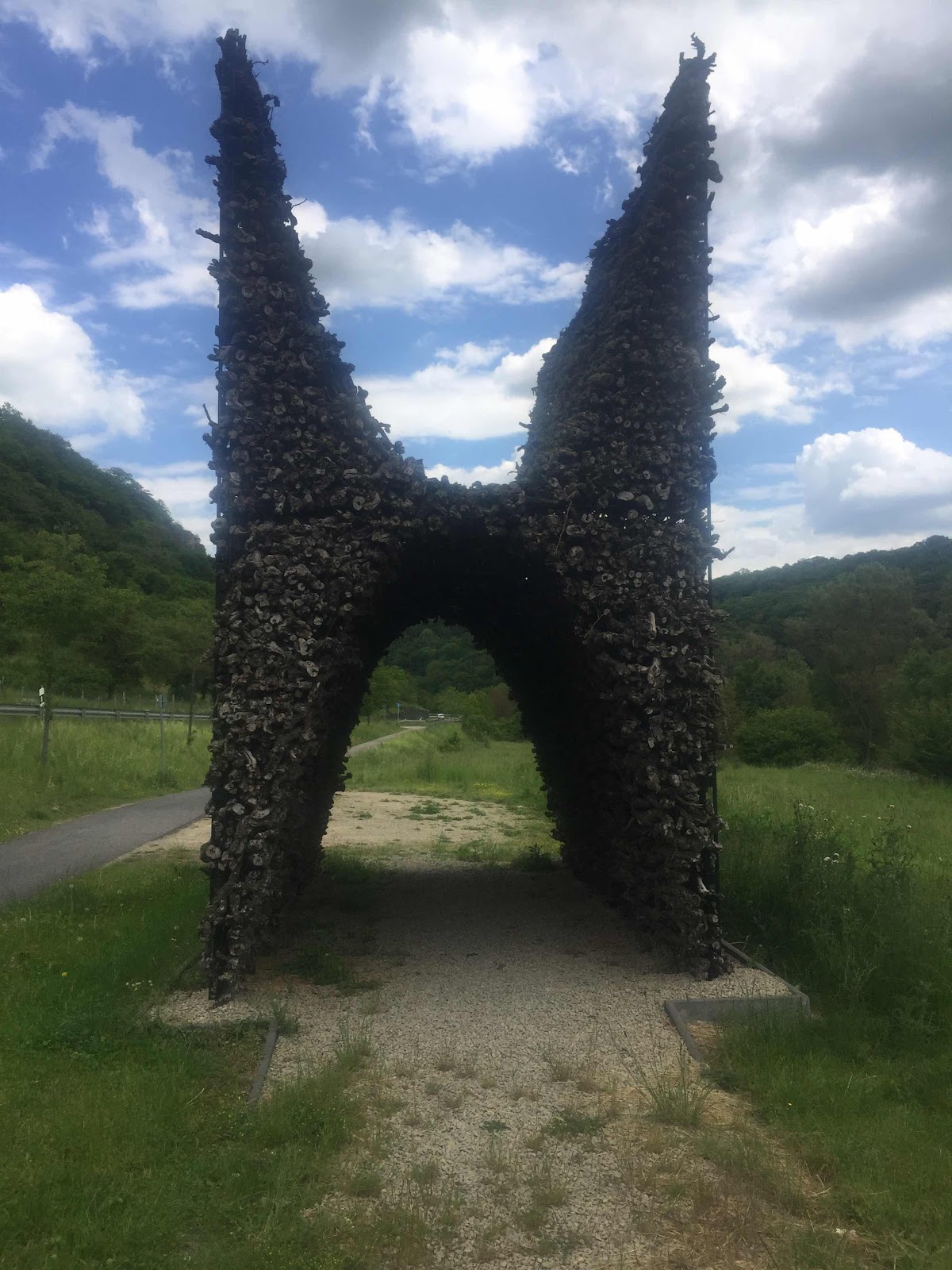 This structure is made of old wine stocks and marks the time when the region had wine growing along the valley. 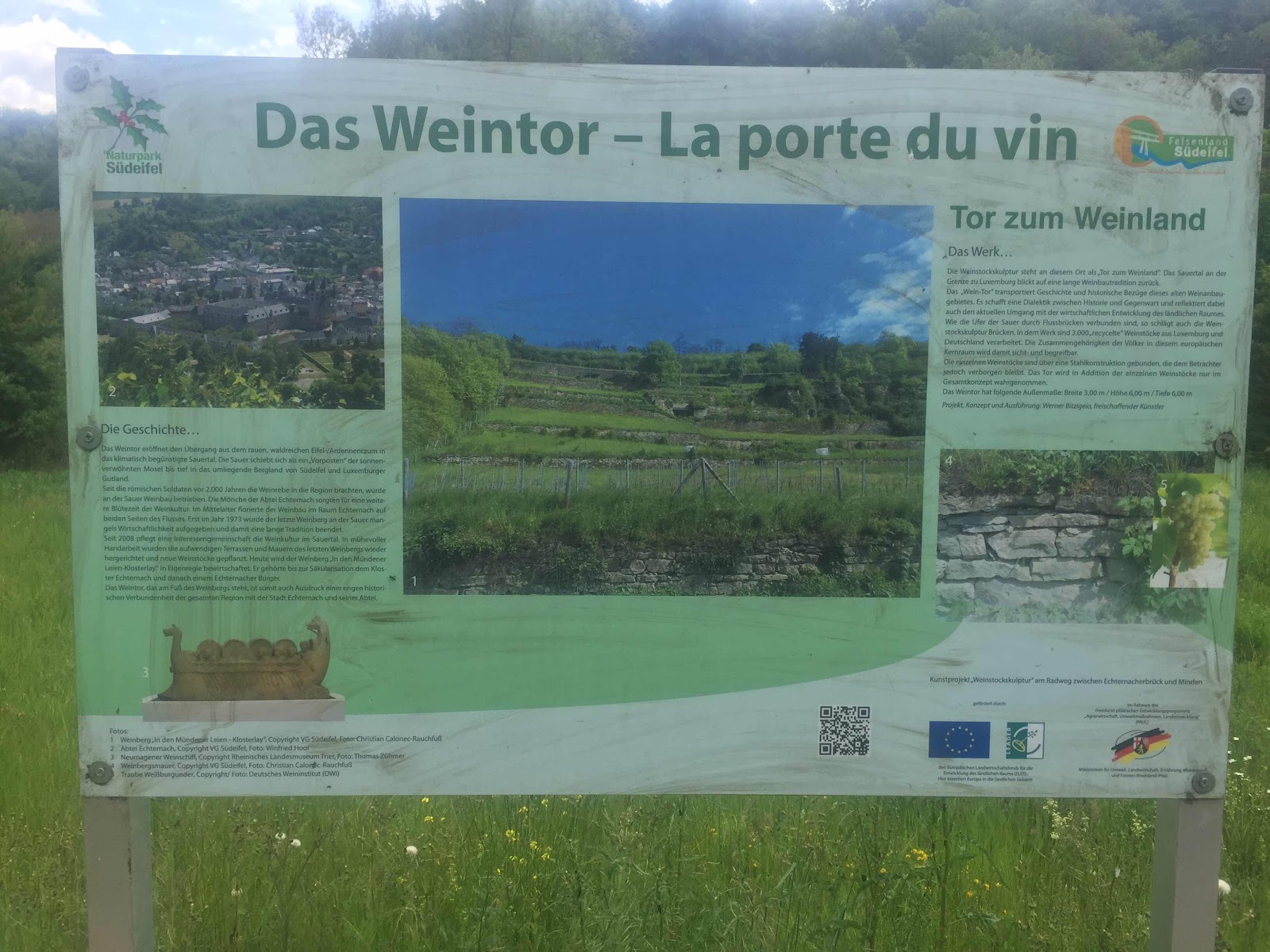 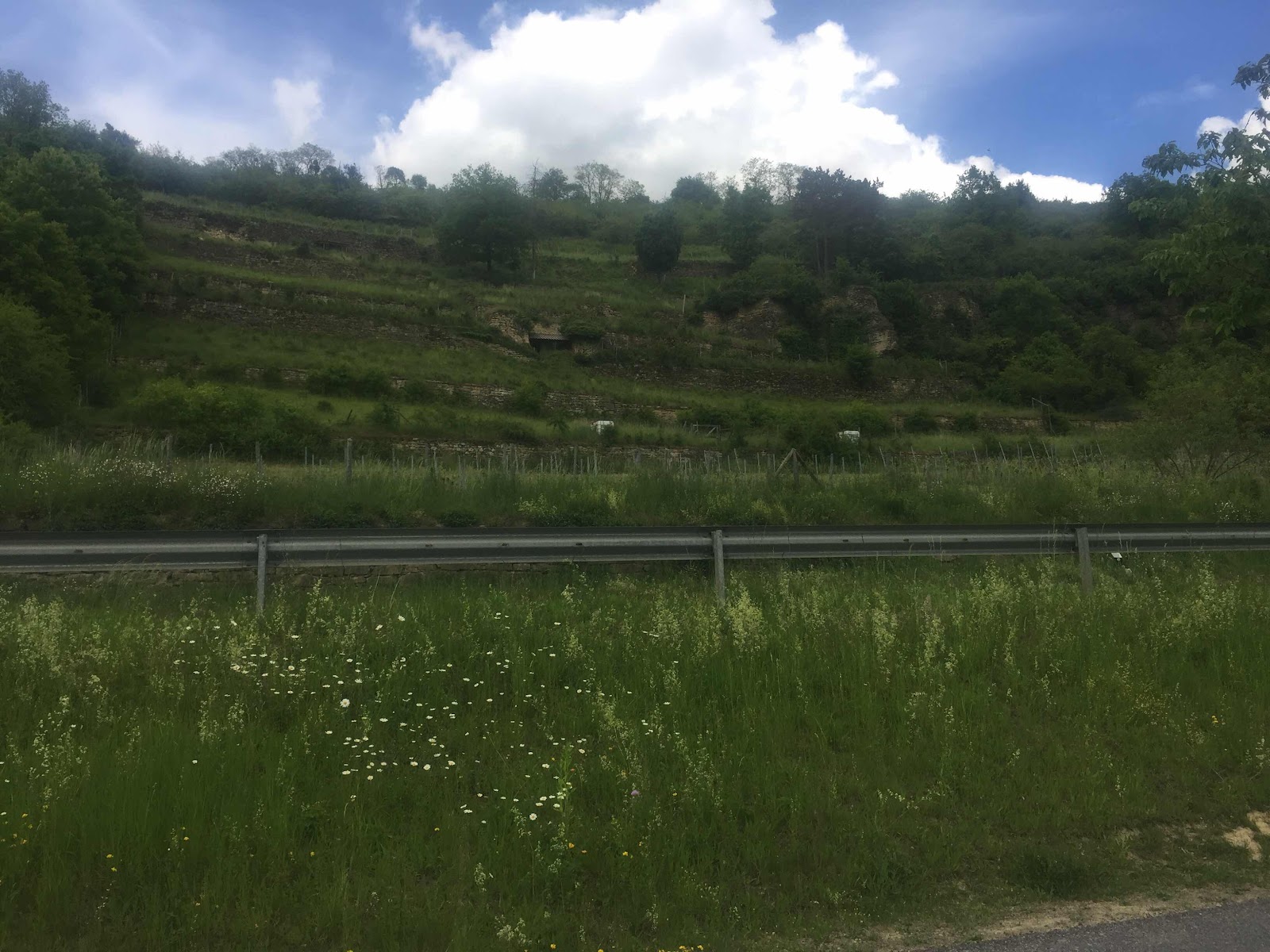 There’s not much to see of the terraces now, but some enterprising folks are trying to grow wine again!
Cycling along the bike path was almost boring as it required little real effort, but we were making great progress at 20-25 km/h! 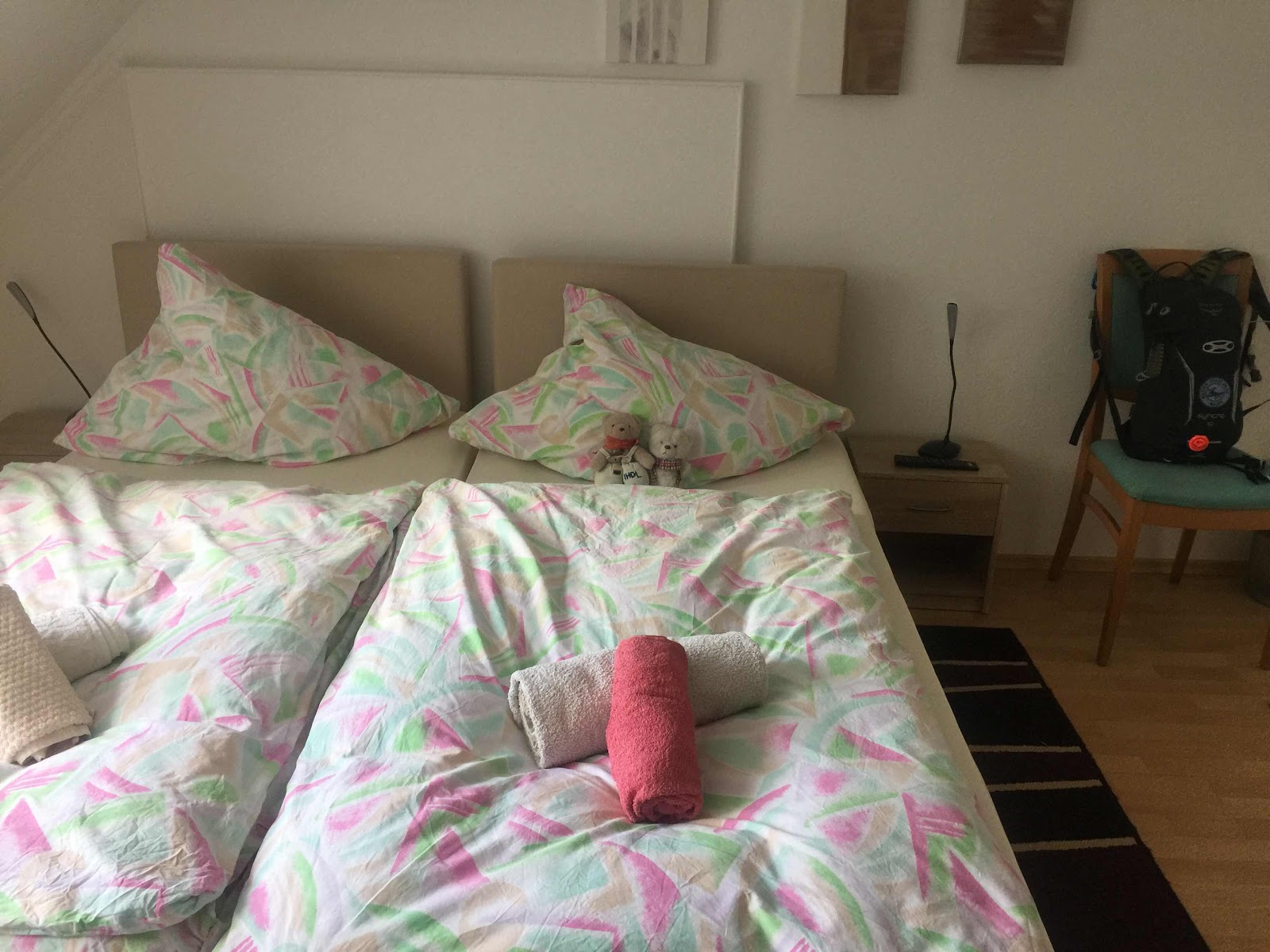 We have landed in a cheap and cheerful place, though Alan complained about the towels which felt like sandpaper and the fact that he has to pay extra for the Internet! 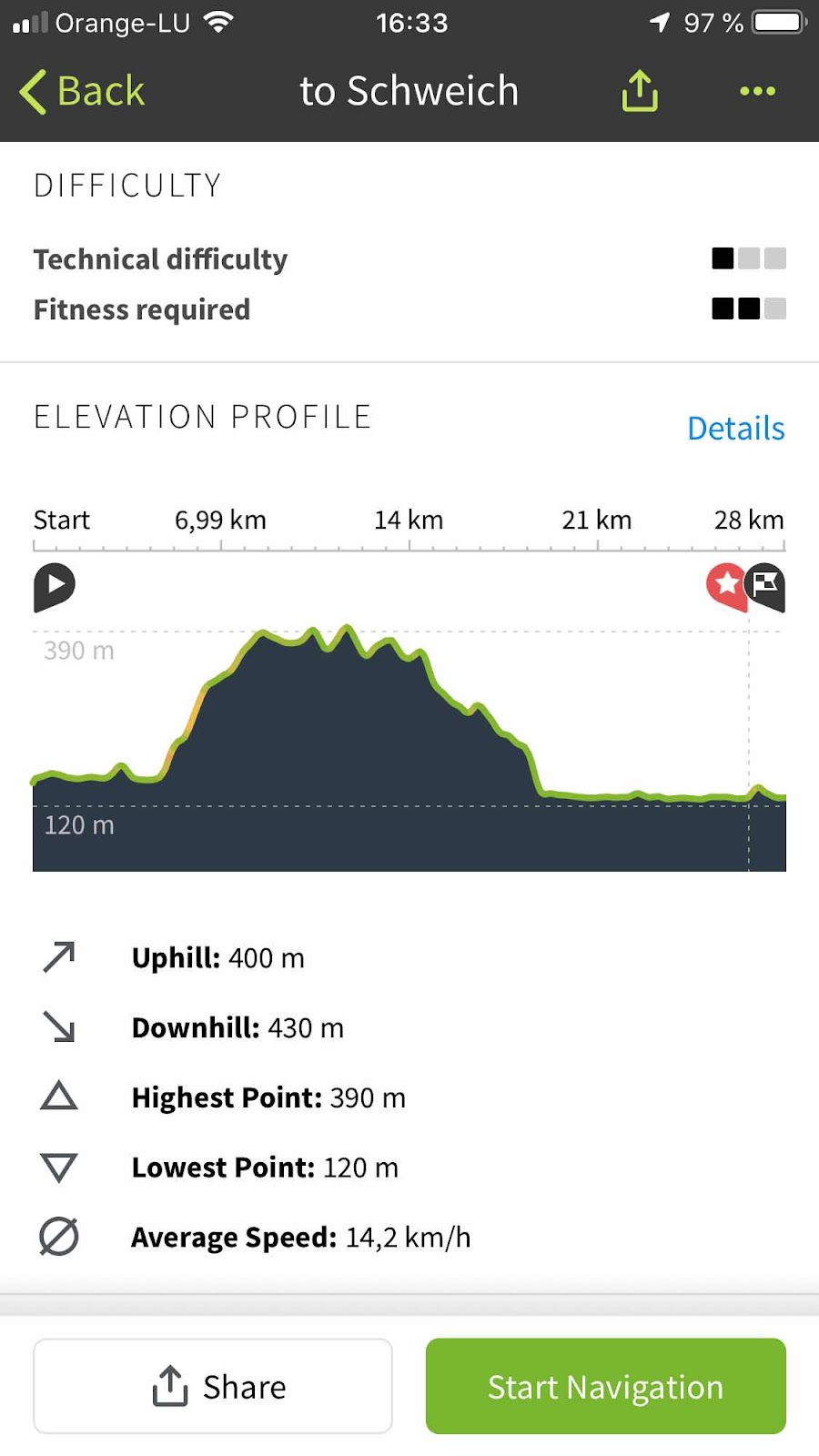 We are going to strike across country and get on the Mosel Bike path tomorrow. The start as you can see will require effort from our human, but we Bears are looking forward to the down hill rushes which are really exhilarating and fun fun fun!
Posted by Alan Tyson-Carter at 17:13