God is smiling on our Camino 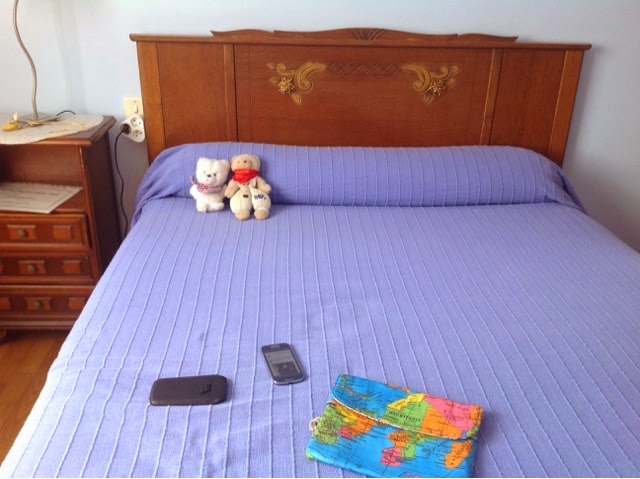 As we write it is clear to us that God must be smiling on our journey. Firstly he is smiling because in the night of Sunday Alan woke up and decided a couple of changes to his packing plan. He decided to take his aluminium water bottle instead of his plastic one. He felt the plastic one tasted funny. Then at the last minute he decided not to take his poncho and tent making kit, which weighed 1.2 kilos but his iPad instead. Well we are benefiting from this now as he has allowed us to write the blog.
God  is also smiling on our Camino because on Monday as we made our way to MG main station we met a giant of a man who made Alan look like a dwarf. This man asked we we were pilgrims and when Alan replied in the affirmative he explained that he was Spanish and came from Santiago!!! As we parted he wished us Buen Camino, which is the traditional greeting and more or less means have a good journey.
On the train firstly to Aachen, Alan listened to his audio book, and then on the rather smart French train to Paris dozed off quite a lot while listening to it.
On arrival in Paris North we took a taxi to Garde de Austerlitz. As luck would have it the driver was Tangierian and so Alan was able to practice some Arabic. He admitted privately to us later that he had clearly forgotten much.
On the overnight train to Bayonne we had a German, called Gert from Saarbrücken, in the bunk under Alan and a Frenchman in the opposite bunk to Alan. Gert was also going on the Camino, but the Frenchman was just going hiking in the hills around St Jean Pied de Port.
These men didn't chat much for as soon as the train pulled out they just rolled over and went to sleep. In fact Alan didn't even notice that a fourth gentleman came and used the last bunk under the Frenchman in the night. This man had left by the time Alan surfaced to take his eye shades off and his earplugs out!
The train was now delayed a bit so Alan and Gert chatted to pass the time. The sun was out and there was not a cloud in the sky. Through the train window we could see in the distance snow topped mountains and began to wonder if the Pyrennees will also be snow capped.
At Bayonne we had a couple of hours to wait for a bus to take us the rest of the way. Now we saw quite a few other pilgrims from various nations, Canada, Malaysia and France to name just the obvious ones.
The parting of the ways came at the station in St Jean. Gert was going to walk on to Orrison so needed to look for the Pilgrims office to get his pass stamped. Alan walked out of town in the opposite direction to his small and quaint pension. We have a nice large room, but must share the toilet and bathroom. Now With free WiFi Alan was quick to log on for us while he went and showered and washed his clothes. As the sun is shining still, he hung them out to dry. Shortly we think he will take a walk into the village to find a place to eat.
God is also smiling on us because the weather is so wonderful as the view from our window shows. It is forecast to stay this way too. 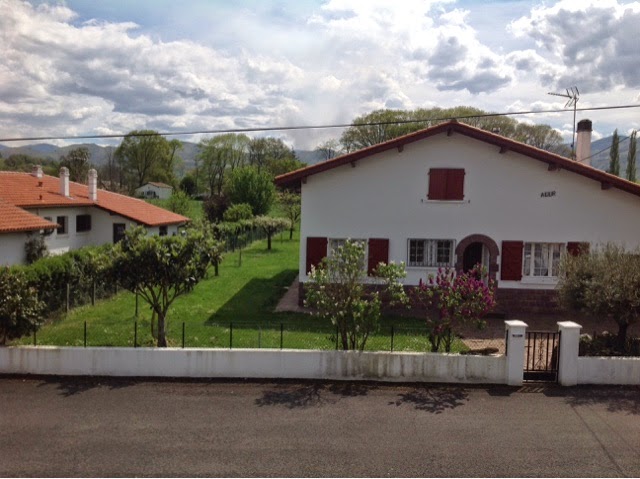