We are ready for the Off! 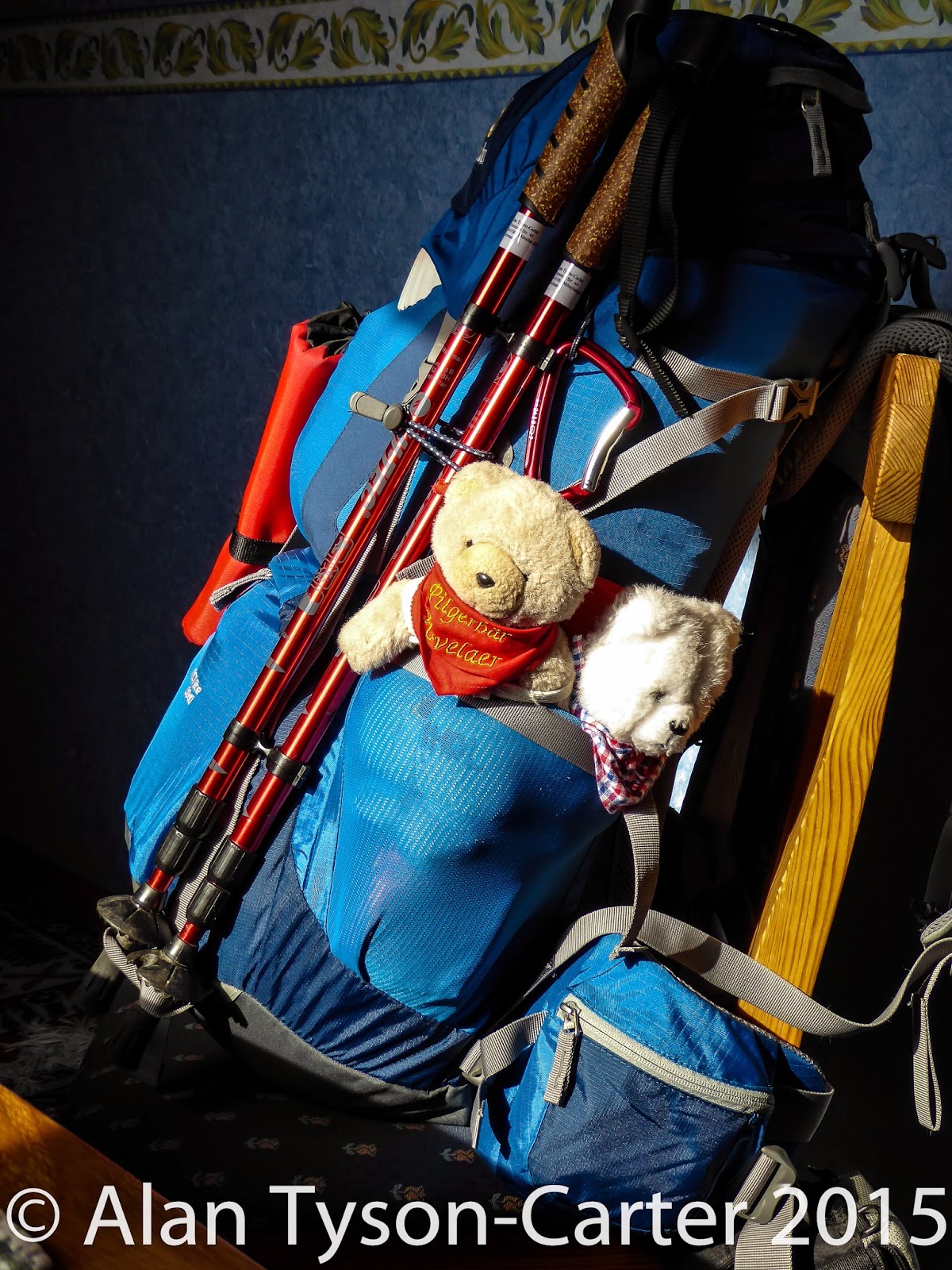 We are as ready as we will ever be for the next grand adventure. Alan has said we cannot blog on a daily basis as he is only taking his phone and does not intend to spend lots of time in Internet Cafes either. This is probably why we are looking a bit sad at the moment. But that is all that's wrong with us.

Alan was invited to a Birthday Brunch Party today. He had a great time he said and came back telling us that he need not eat again until Paris!! Not that we believe him.

On the way back he went via the cemetery to pay his respects to a chap who had his funeral on Friday. As we all had to sit here waiting for "Send my bag.com" to collect our bags for the UK Alan could not attend the funeral. As luck would have it he met the widow at the grave side too. 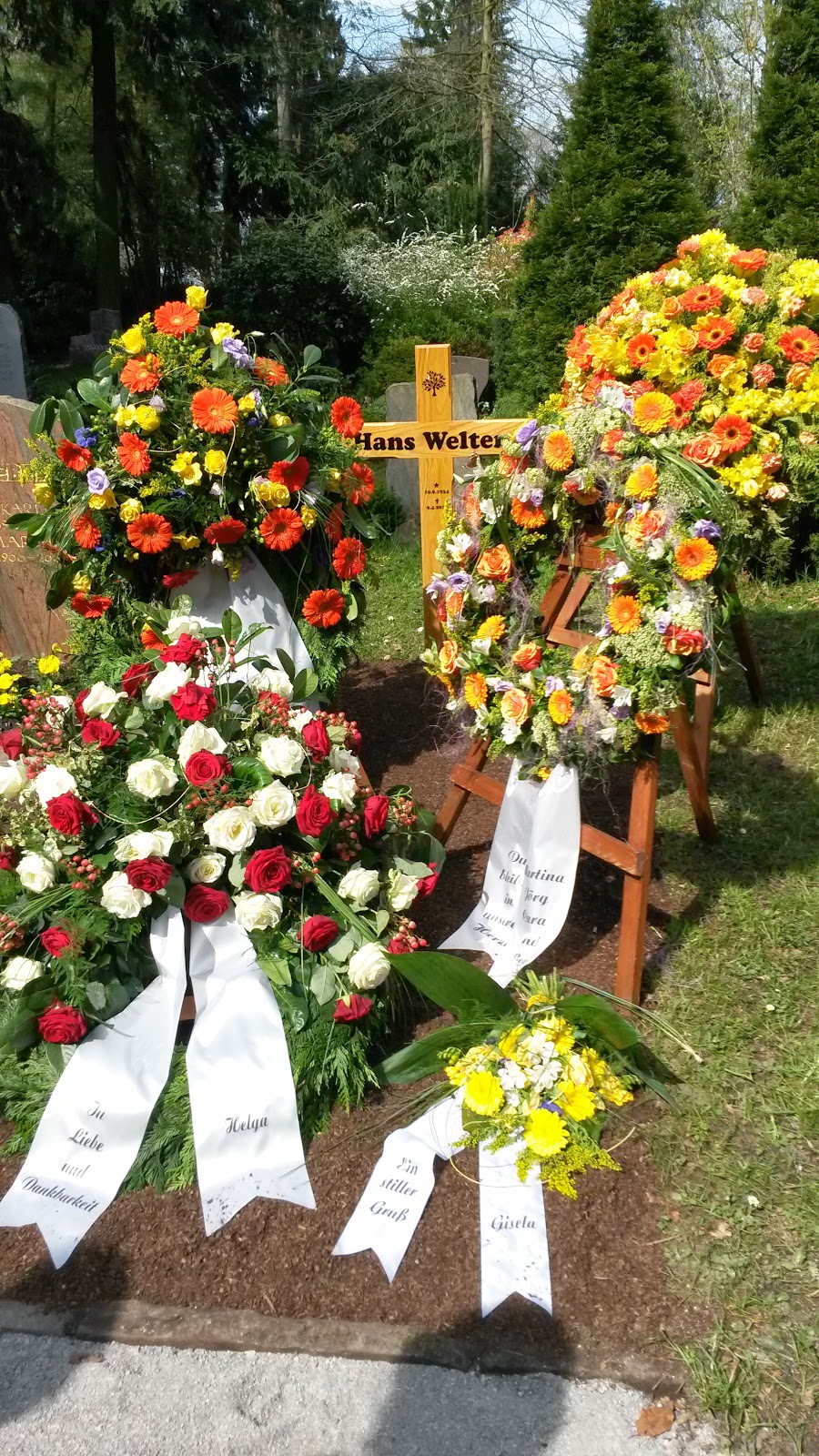 He then went and sat with Hanna for quite a bit, as it will be some time before he can do so again. 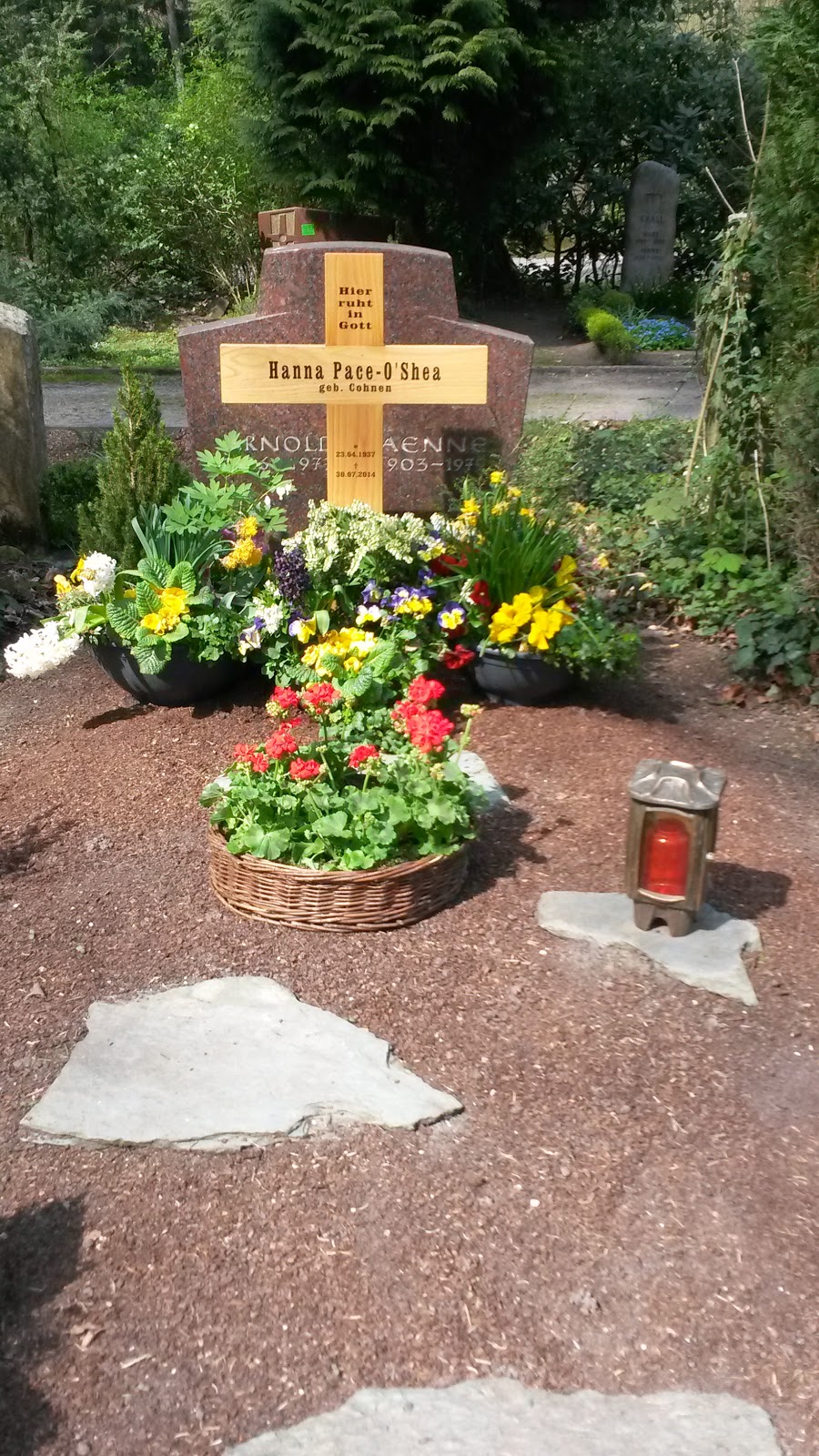 Most of Friday was spent repacking the rucksack. Alan took the trouble to weigh each item again and deliberated was it necessary, could it also do two or more functions. So it was that he saved a few hundred grams overall. Enough he said, to justify taking some boot polish kit weighing 75 grams!!! Crazy bugger for we have not read any blogs where people have taken shoe polish stuff on the Camino. Many have taken shaving kit which he is not, but shoe polish?

His neighbours who are looking after the flat while he is away, even gave him a pair of trousers which were 75 grams lighter than the ones he had intended to take. So now we are packed up and weigh 13.5 kilos. This is one and a half kilos more than he had aimed for, but better than the 15 which we took on our first Pilgrims exercise.

One of the last things he did today was to down load an audio book on to his phone. George, who you may remember came with us to the USA, had given him last week a book by Paul Coelho, called the "Pilgrimage" in English, "Auf dem Jakobsweg" in German. The book was first published in 1987 is quite interesting Alan says and since he had not finished it, thought it might be fun to listen to it on the train journey through France tomorrow. Well he was late getting to the Brunch Party because of this and still didn't know how to get access to the book. Well V at the party gave him the clue how to do so, so you could say he is now a happy teddy bear.

He has also got a St James Bible App on the phone and  some Gregorian Chant too, to set the mood, he says, at the various shrines we will visit along the way. Alan also manufactured a set of three small laminated pilgrim prayer cards and says that by the time we get to Santiago we will all know them by heart! 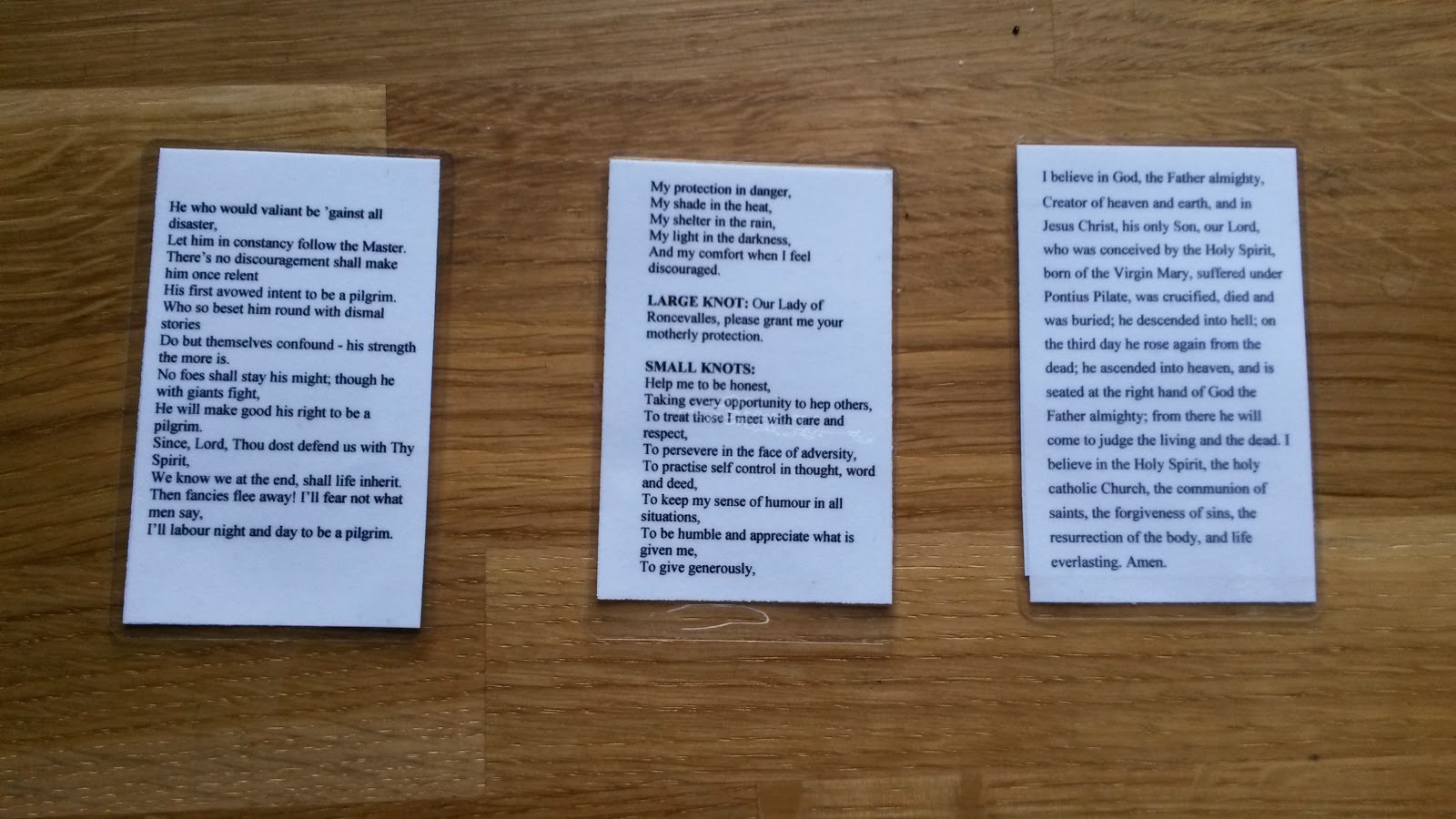 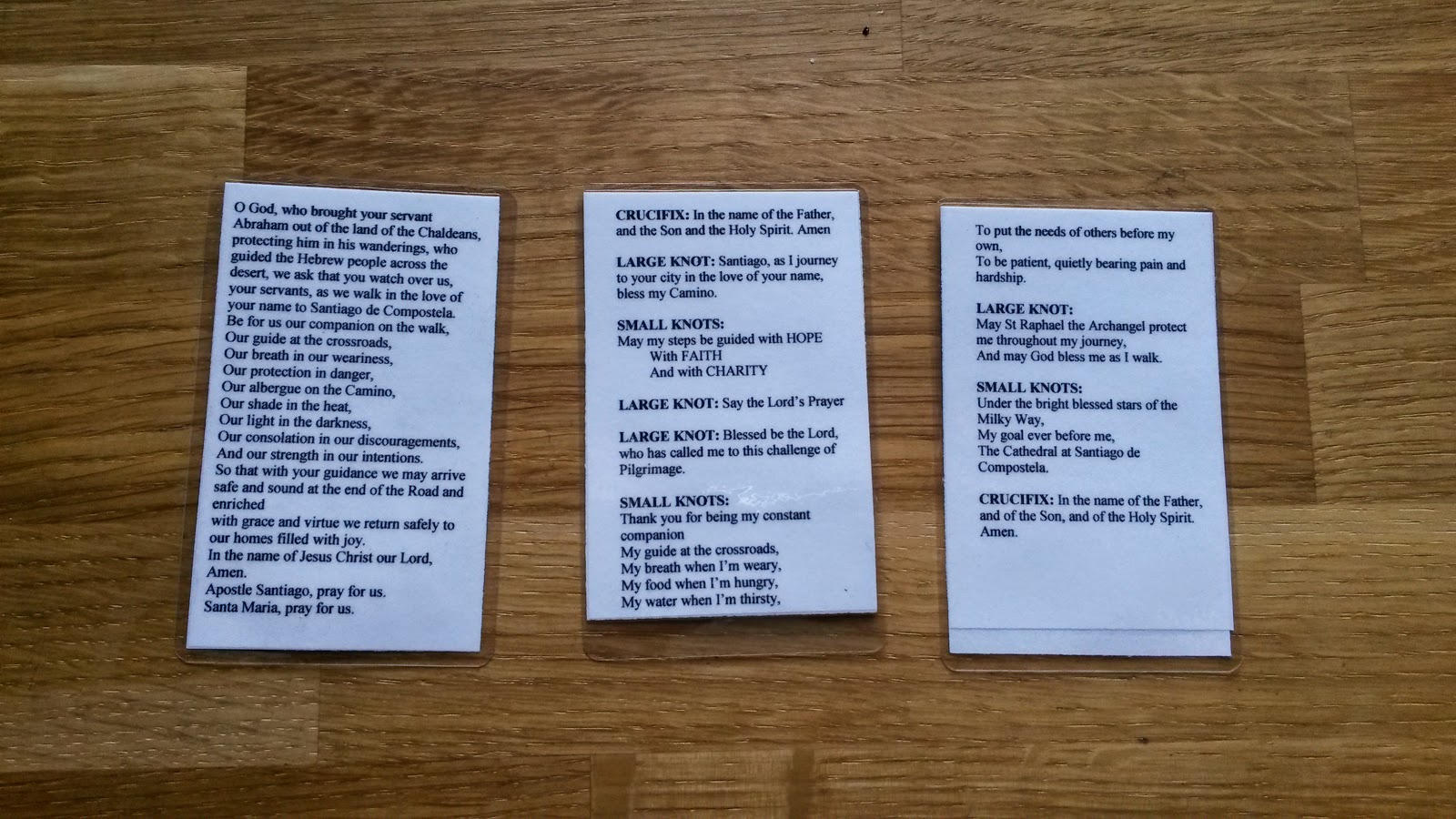 Which is more than we can say for our French and Spanish which will be needed next, there are hardly any phrases we can remember in either language and Alan keeps wanting to break into Arabic instead. Still we believe that with a friendly smile we shall easily charm the pants off of everyone we meet.

We intend to Skype with Christopher, while we are away. Alan has practised with his mum yesterday. So if you can Skype do look us up.

All that's left to say now is Buen Camino, till we meet again.