I've been a bit remiss in keeping you all up to date for which I apologise. I had thought that I had written a blog about my pilgrimage to Kleve ages ago! Getting old and forgetful!


Well I did walk to Kleve from 15th February till 19th February and had a good time doing it. As luck would have it, the week before I set off I had sinusitis, which laid me low. So I was not as fit as I wanted when I set off. However the weather was kind and all the going was flat. The major drawback was that the route was mainly on cycle paths which followed the main roads. Continuous tarmac walking leads to blisters and I was no exception. 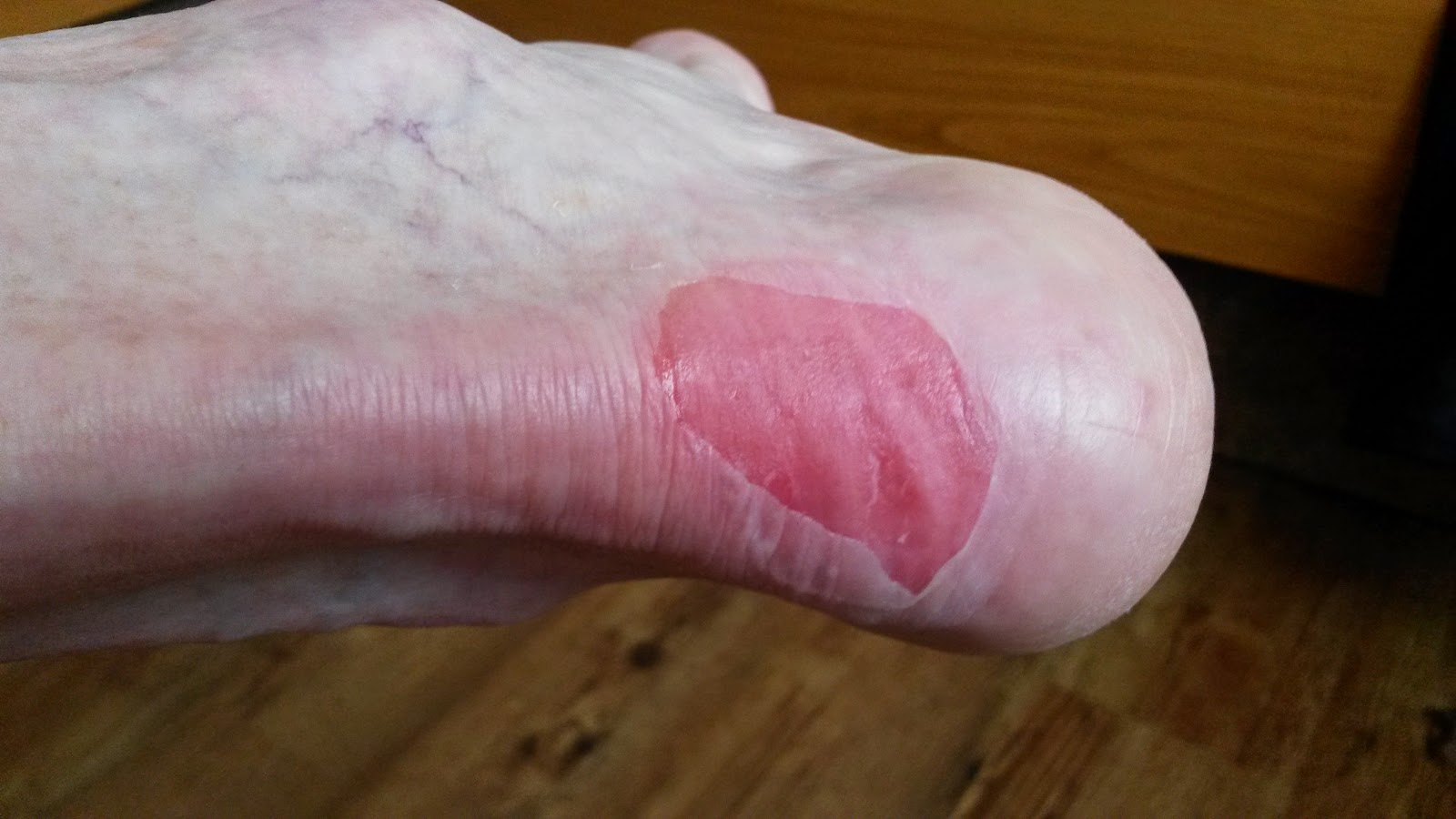 However, they are nothing new to an infantryman and if dealt with correctly are not a hindrance. It looks worse than it felt in the photo, but no one has died from a blister. Well unless they get infected, then you might I suppose.

I had chosen Kleve to walk to as I felt it could easily be managed in five days and along the way is Kevelaer which is North Rhine Westphalia's main pilgrim destination. Accommodation was in small hotels and this was in fact the main deciding factor about how far I walked each day. Being a walking pilgrim in modern built up Germany is not that simple or cheap to organise either. They had it easier in the Middle Ages I think.

My aim was to walk around 20 kilometres per day, it was generally less and to practice washing my clothes at the end of each day. Navigation planning was done on a cycle map  and the actual navigation was then done by Google Maps on my smart phone. I carried the phone in a sleeve pocket on my left arm, so it was near my ear and the female voice told me which way to go. Now those that know me, know that I do not like being told were to go by a woman, but I have not yet found out how to change the voice to a male one! The amusing thing was, that the woman (who speaks English as my phone's language is such) was totally unable to pronounce the German street names. This caused me much amusement, but also some confusion until I realised what she was trying to tell me. Imagine if you will, an old codger all on his own, with a pack on his back walking along the road and suddenly a soft woman's voice, out of nowhere, gives him directions and the old codger bursts out laughing, not knowing which way to turn! 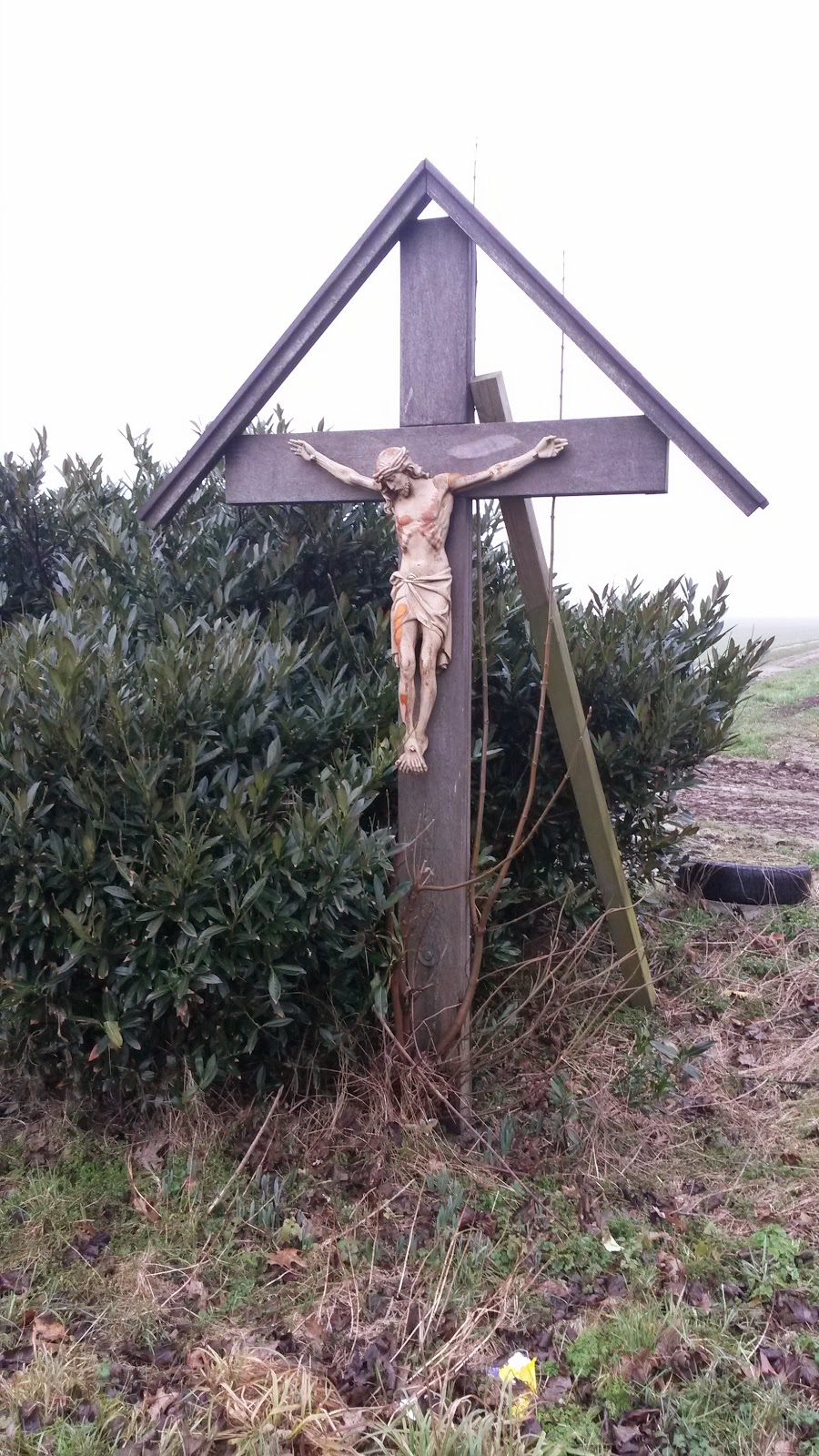 In Kevelaer, V came to have a meal with me. She knew Kevelaer better than I did and on our walk to the shrine we passed a Teddy Bear and Dolls shop! Well they had a "Pilgrim Bear" with a neckerchief saying so and a little rucksack on his back. Needless to say I went in and bought him to add to my collection, plus a neckerchief for Hanna Bear. They only had one left, but I ordered one for Jamie Bear too which they sent me a week later.

Upon my return by train from Kleve I started to plan the next pilgrim's exercise which was to be to Aachen via Cologne. This being further was a little more ambitious, particularly the first leg which was 30 kilometres to Neuss.

Sadly fate intervened and I caught another cold and had a severe bout of sinusitis so that I was laid low one day before I was due to depart. There was no way I felt up to walking 30 kilometres the next day, so I capitulated, took to my bed for three days, only really surfacing to cancel all my booked accommodation. This time I had booked accommodation in German Youth Hostels, in Neuss, Cologne and Aachen. The fact that I had cancelled my planned trip laid my morale low too, for I do not normally give up. It has taken me a good week to get over this latest bout of sinusitis and a bit longer for my morale to return to its normal cheerful "gung ho" can do self.

Now I am in the final phase of preparation prior to departure for the Camino. I have revised my packing list and so have managed to get the pack down to around 13 kilos including a new small camera and lunch rations for the day. I have written a new Will and last letters, just in case. My only problem which is not quite solved is finding a suitable garage to store my car in. I viewed one today, but am not 100% happy with it, nor do I think the owners will let me rent it. They kept going on about receiving the rent in cash each month? Not something I shall be able to do.

I had brunch with V and A today, after which  they helped me to take the before and after photos you see above. What is really interesting is that in the 1971 photo I am carrying a Karrimor pack which at the time was the best thing for load carrying since sliced bread. It was loaded with kit for a trek in the Scottish mountains, which included cooking gear and rations for five days, the heavier part of a two man tent, a petrol cooker and a pint bottle of petrol. I did not weigh it at the time, but believe it was close to 30 kilos in all. Today's picture shows a pack which weighs 13 kilos. I for one will not be complaining about the weight of my pack while on the Camino!

I set off on 20 April by train to the South of France. Once I have walked via Santiago to Finis Terrae I shall take a bus to Santander and then a ferry to England to walk the Pilgrim's Way from Farnham to Canterbury. In France and Spain I shall not be Blogging often, but will post progress reports on Facebook and Twitter.

You may remember from an earlier Blog that I am walking to Santiago not just for my own soul, but for that of Hanna, my dear departed. To this end I have two stones which I am taking on the journey. The first and larger stone I have inscribed with her name and comes from opposite the house where she was born. This I will leave on the Camino at the Cruz de Ferro which is atop of Monte Irago on the St James Way. The other smaller one which comes from her grave I will cast into the Atlantic Ocean at Cape Finisterrae. From where I will pick up a new one to return with.

Lord, may this stone, a symbol of my efforts on the pilgrimage that I lay at the foot of the cross of the Saviour, one day weigh the balance in favour of my good deeds when the deeds of my life are judged. Let it be so.
(traditional pilgrim’s prayer at Cruz de Ferro)