Have stone, will travel! 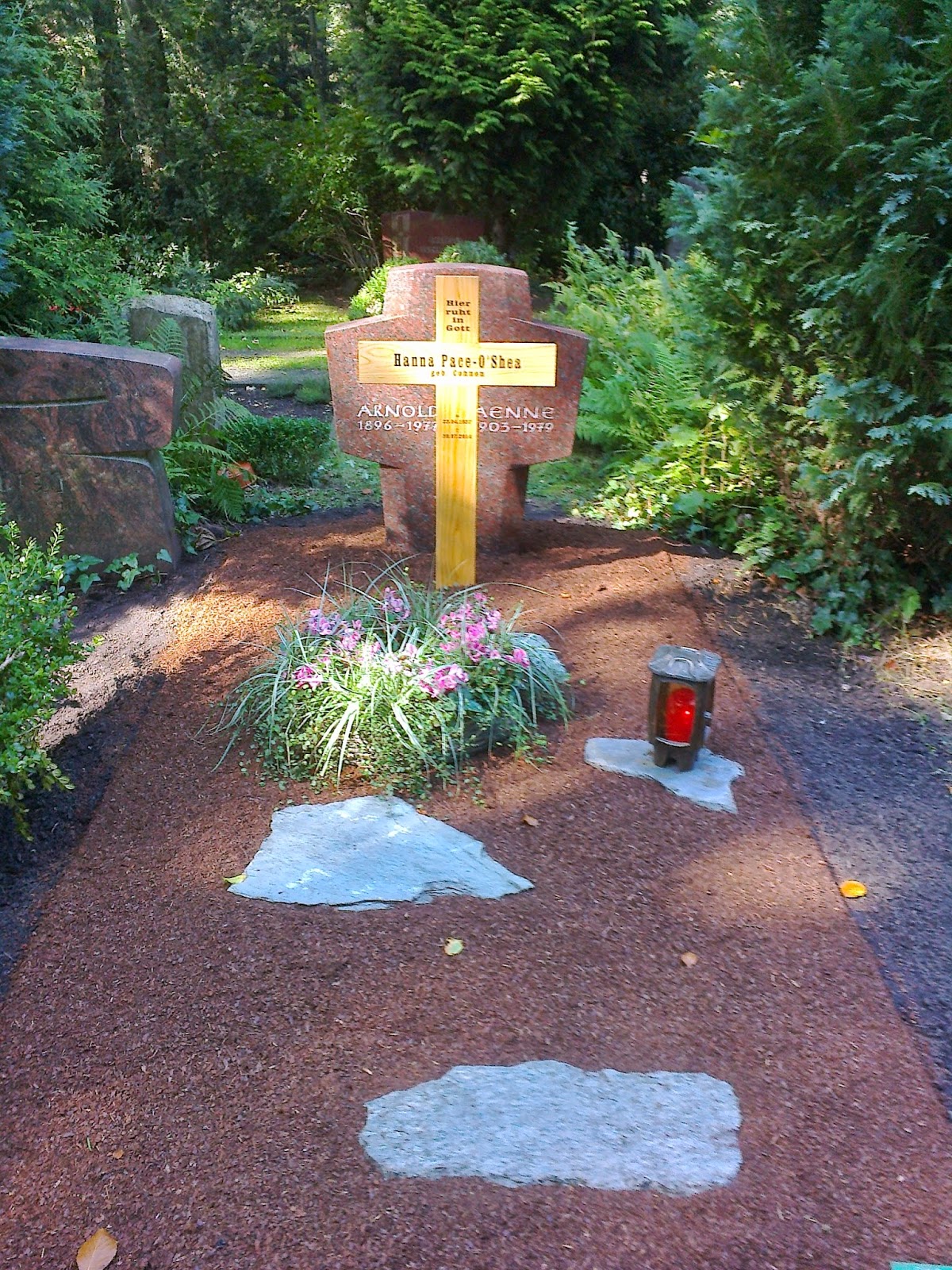 Progress is being made and the sun shone on it today too. Hanna would be pleased. We just have to get the marble slab with Hanna's details onto the grave now, by the end of next week I hope, and then some flowers can be planted and I will buy some from the money people have given me.

I met today with a friend who is coming to the USA with me, to discuss our plan and what still needs to be done before we depart. He kindly gave me a book by Bettina Selby entitled "Pilgrim's Road. A Journey to Santiago de Compostela". Selby did it by bike from Vézelay  in France, which as luck would have it is the way I want to go. My map of the routes through France also arrived in the post today! If autumn is nice I might try and do the first leg by bike from here to Trier  before Christmas. It's a bit ambitious, but one has to set goals or nothing gets done.

A Spanish friend has recently given me the film of the trip with Martin Sheen as the pilgrim called, "The Way". If I have time I may watch it this evening. My Spanish friend who has done it too, also mentioned that there is one place along the route, where pilgrims place a stone they have carried from home. A nice idea, so yesterday I picked one up from off of Hanna's grave. Good thing I did, as there are none there today.

So have stone, will travel!