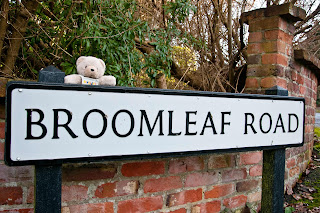 Attending funerals causes one to remember and think about life, one’s own and that of the deceased. How did you meet? Why did you like/love each other? Why are you attending the funeral in the first place? Out of love? Duty? Both?

I believe that a funeral takes place not just to honour, and show respect to the dead, but it is a ritual whereby the family of the departed comes together to renew itself, as well as saying a formal farewell to the departed member. It gives us closure. Not being able to say farewell; not being able to show your respect and honour to the departed can cause problems later in life, particularly if you were close while they were alive.

In 1969 my German grandmother, whom I loved more than my mother, was due to return to Germany after having attended my wedding. She was to fly from Heathrow, for her a first flight. She was also frail and so I resolved to travel to Heathrow to say goodbye. At this time I was a young officer in the Queen’s Regiment stationed in Warminster. On the day of her departure, my heavily pregnant wife and I had a minor conflict for she did not want me to go. We lived in a small, cold, damp cottage in the darkest of Wiltshire with no neighbours for miles and no bus service. My wife was not feeling too bright and would be alone in the middle of nowhere for most of the day. Now I have certain sympathy for her feelings, at the time I had none. So I was late in leaving. My car was a 1957 Morris traveller. I wish I still had it, but even then the engine was not reliable. There were no motorways then and so it was a long and slow journey and to my utter shame I ran out of petrol, on the only bit of dual carriage way on the whole route, some 20 miles from Heathrow. I never made it in time and I never saw her again for she died the following year. Nor was I able to attend her funeral. I never ran out of petrol again, but nor have I ever forgotten or forgiven myself.

The funeral I attended on Tuesday of my ex-mother in law was a nice service and did credit to her life as did those who attended. We were close, she and I, while I was married to her eldest daughter. I never thought twice about calling her “mum” from the beginning of our relationship for she showed me great kindness at the outset. My divorcing her daughter broke this relationship for many years. I was pleased that some years ago I was able to renew the relationship and she forgave me the crime of divorcing her daughter. We met as often as I was able to travel to the UK and she knew and liked my present partner Hanna. I rang her the week before she died and was still calling her “mum”. She understood me and we had tremendous respect for each other.

While in England I journeyed down “memory lane”. Saw the house where my mother in law had lived and remembered the many good times we shared in it as a family. I saw how the house had changed, grown to accommodate the new family now living there. “Good memories,” as my father would say. I then travelled to the last house my parents and I lived in and saw how it had deteriorated, it was not well looked after and seemed to reflect the sad memories I had of living there as a teenager. A more complete contrast to that other house in Broomleaf Road which looked prosperous and cared for, there could not have been! 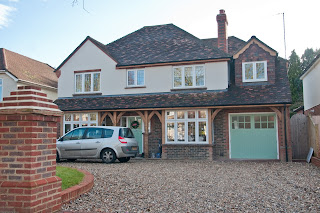 So when attending funerals one is inundated with good and bad memories. Losing a loved one is emotion enough for me; I can do without the bad memories. At least none of these apply to Rita Milman, my mother in law. May she rest in peace.
Posted by Alan Tyson-Carter at 13:44