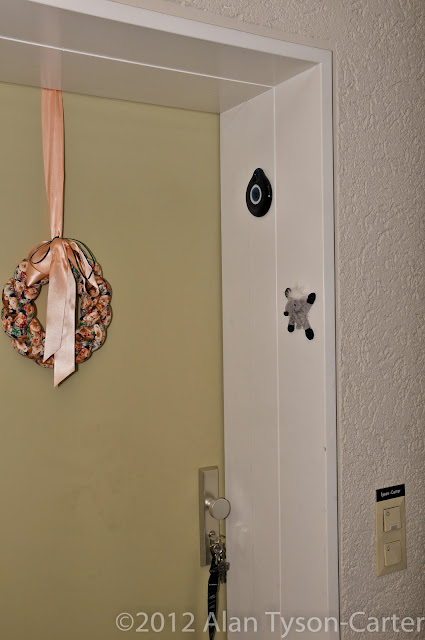 I arrived home this lunchtime, from having been in Kempen this morning where I run an English conversation class, to find another "maus"! And no I haven't spelt it wrong, I have deliberately spelt it the German way, though it is pronounced the same, to differentiate between the real type and the one I found decorating my front door jam! 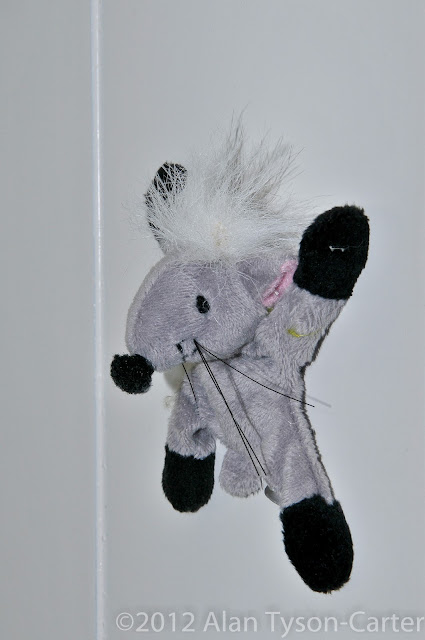 I laughed quite a lot when I saw it. It is a sure sign that I have some really good neighbours and I will now have to think of something to do to them in return.
In case you were wondering, my real mice problem seems to have resolved itself. My landlord sent some builders to remove the marble window ledge under which the mice had a run and to fill in the two holes they had created in the outside walls. Since then I have flooded the window box and have not seen any mice again, nor did I drown any, least ways I do not think so. 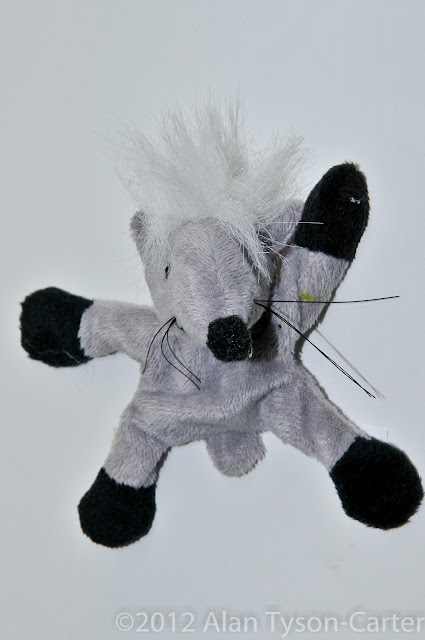 These mice are the good kind and I shall leave him where he is. I think though he needs a name, all suggestions but not "Jerry" would be welcome.