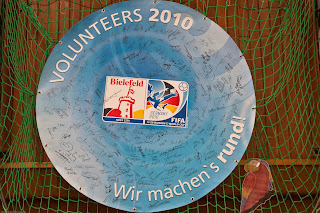 Have you ever volunteered for anything? I have, on more than one occasion, but more on that in a minute. Can our society survive without volunteers? And how do we motivate people to volunteer in the first place? I am particularly interested in the latter as I have to motivate one member of my English conversation class to volunteer to act as the class spokesperson.

Just Googling the word volunteer shows how important these people have become in our world. Students and fully trained adults, volunteer to serve in Third World countries in all sorts of jobs and I have discovered that people can even volunteer to serve for short times instead of a holiday, paying for the privilege. I am not so certain I can be so altruistic as to do that, at this time in my life, but if I were younger I would choose to go with VSO (Voluntary Service Overseas) or some such organisation. In fact I have discovered that there are more organisations placing volunteers than you can shake a stick at! Our society would certainly lose a lot if we did not have these volunteers.
I joined the Army as a young man, so one could say I volunteered. Certainly the training sergeants always remarked when the going got tough, "If you can't take a joke you shouldn't have joined." And when they needed some dirty job done they asked for volunteers, "You, you and you!" On the basis you volunteered to join so you volunteered for every job going. Official wisdom amongst the soldiers was that one should never volunteer!
I volunteered recently to participate in the FIFA Women's World Cup Football Competition which takes place in Germany this year. At the time I was also asked if I were prepared to help out at the U20 Women's World Cup Football Competition which took place last year.  I said yes as I felt if I said no they would never consider me for the main event. I never regretted it, but gained in knowledge of how FIFA is organised and also gained in experience of what actually takes place in a football stadium, never having been to a first class football match, up to that moment. They selected me to be a Team leader of volunteers. It was not a purely altruistic reason why I joined. I joined for my own personal development and to enhance my experience of life at an international sports event.
So how do I motivate one of my English students to volunteer to be the class spokesperson?  I can't offer them any form of incentive, like you get to watch a first class football game, or you get to wear a FIFA T-Shirt, so if I cannot persuade one we might have to draw straws!
Posted by Alan Tyson-Carter at 17:40